The Denver & Rio Grande Western's Moffat Tunnel was actually the vision of businessman and railroad entrepreneur David Moffat as early as the turn of the 20th century.

The tunnel, sitting at an elevation of 9,200 feet, was intended to be a link between Denver and Salt Lake City while passing through the Continental Divide.

The project not only cut out many miles of superfluous trackage but also steep grades that topped out over 4% in many places requiring numerous locomotives just to get a single train over the mountain. Today, owned by the Union Pacific, the tunnel remains an important artery in moving freight.  The Moffat Tunnel was actually not built by the Denver & Rio Grande Western Railroad. 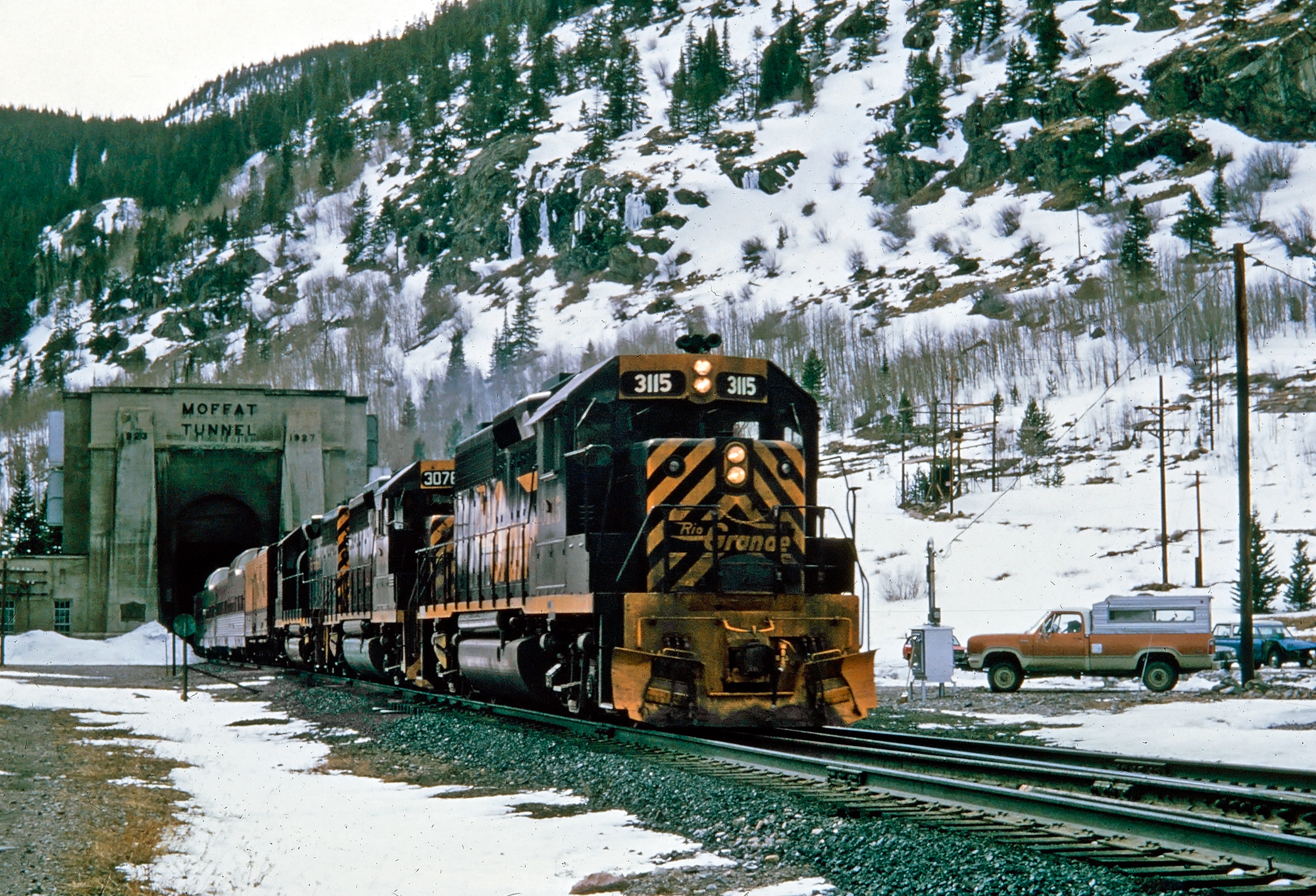 Moffat had holdings and interests in numerous railroad projects over the years, all of which were located in or around the state of Colorado. His hope initially with the Denver, Northwestern & Pacific was to connect a low-grade "Air Line" to Salt Lake City, as requested by the city of Denver.

As mentioned before, with the resulting bankruptcies the project proved to much more difficult than anticipated. While Moffat spent all of his fortune trying to complete a tortuously steep route between the two cities he neither connected the two before his death in 1911 nor before his railroad fell into bankruptcy.

What was complete of the D&SL was only completed between Denver and Craig, Colorado (a distance of just over 200-miles, and less than half way to Salt Lake City) using a route that went over the Rocky Mountains at Rollins Pass topping out at over 4% along many stretches of the 23-miles of railroad it took to cross the pass. 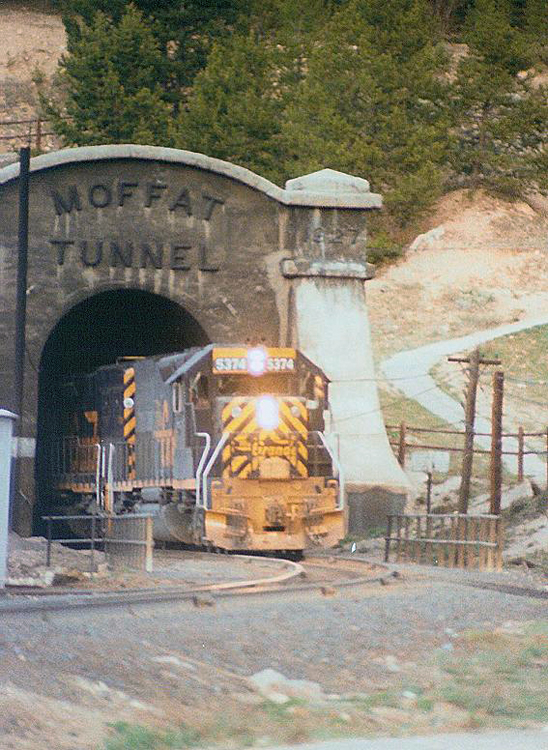 It was the highest main line railroad ever built in the United States, reaching a height of 11,680 feet at the top of pass, and resulted in the D&SL having astronomical operating costs to move a train over the line.

The tunnel itself began construction in the spring of 1922, and was mostly financed by the city of Denver and state of Colorado, which need to efficiently connect the city of Pueblo that had recently been devastated by flooding.

As is the case with many construction projects, estimates to build Moffat Tunnel, which passed under James Peak of the Rocky Mountain Range, proved to be far too low. For instance, poor and unstable rock deposits on the west end of the bore drove up construction costs and it took the state three additional bonds to finally complete the tunnel.

On February 18, 1926 both construction crews finally met although it took two additional years until mid-winter 1928 that the first train passed through the 6.21-mile bore. 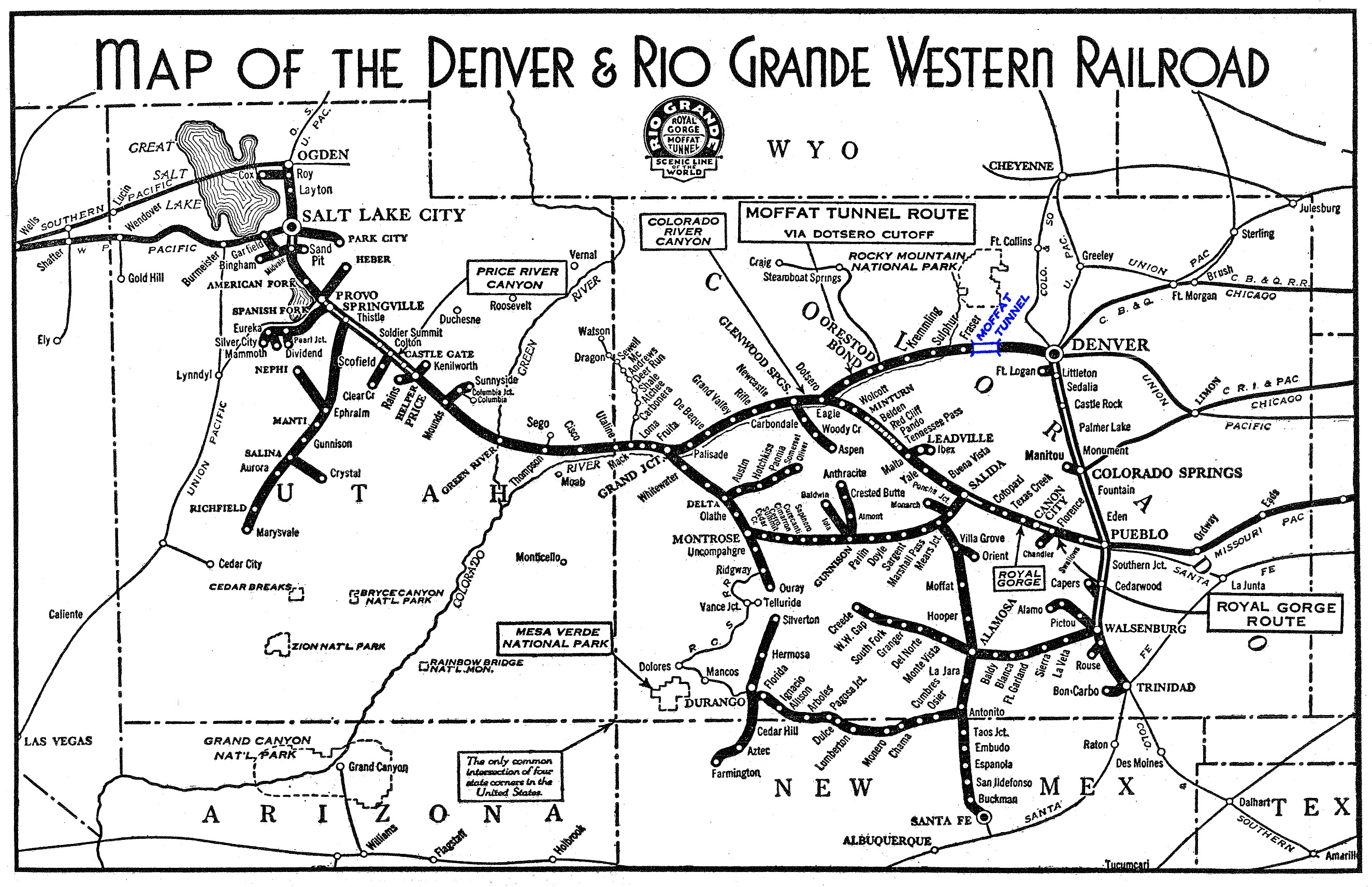 A map of the Moffat Tunnel from the Rio Grande's 1940 system map. Author's collection.

Railroad tunnels that are several thousand feet in length require ventilation to both prevent asphyxiation by crew members/passengers as well as provide clean air to a diesel engine's intake.

The Moffat Tunnel utilizes a system whereby canvas doors are kept closed to keep fresh air circulated throughout the bore.  These doors are connected to a circuit which is connected to the track and once a train trips such (roughly 8 seconds before it reaches the east or west portal) the door will open.

Today, the ventilation system is entirely computer controlled and monitors the particulate level within the tunnel; once this has fallen below the threshold Union Pacific has set, a train is cleared to enter.

During peak coal traffic through the early 2010's, upwards of 24-28 trains passed through Moffat Tunnel each day.  This resulted in a bottleneck as the tunnel needed 20-25 minutes to purge the diesel exhaust before the next train could enter.  Today, the line is no longer at capacity and most trains do not have to wait before entering. 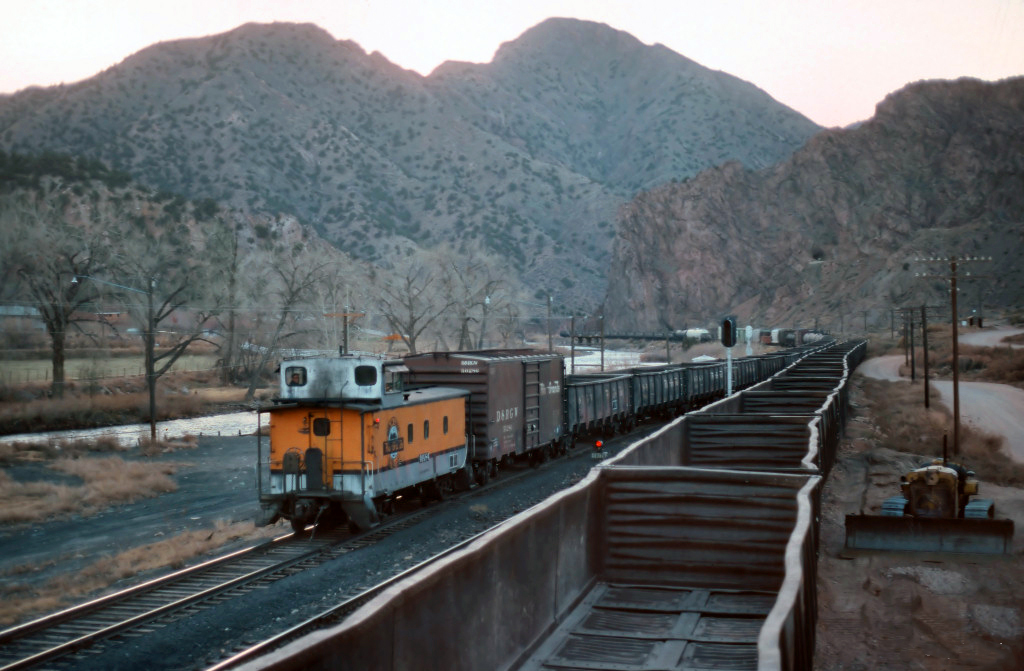 A Rio Grande caboose tags along at the end of a manifest freight rolling through Canon City, Colorado during November of 1976. Gary Morris photo.

The final costs of the tunnel, with interest, rang up to nearly $24 million, a phenomenally expensive project for that era. It costs 28 workers their lives and took nearly six years to complete before the first train used the tunnel.

Although the D&RGW fell into bankruptcy in 1935 it emerged in 1947 with ownership of the D&SL itself.   While the Rio Grande became part of the Union Pacific in 1996 through its purchase of the Southern Pacific (the Rio Grande had purchased the SP in 1988 but took SP's name), the Moffat Tunnel continues to be an important artery today carrying not only freight trains but also Amtrak's California Zephyr.