The 2-6-0 wheel arrangement, known as Moguls were another of the early steam locomotive designs similar to the 4-6-0 Ten-wheeler and 2-8-0 Consolidation.

Also like the 2-8-0 and 4-6-0, the Mogul was developed to replace the ubiquitous American 4-4-0 Type, which saw use all across the country on everything from freight to passenger trains through most of the 19th century. The Mogul proved to be quite successful with thousands once in service around the country.

As technological advances continued the 2-6-0 was replaced with larger designs, most notably the Consolidation which was used by many railroads as standard main line power from the late 19th century through the 1920s (many lines continues to use them through the end of the steam era).

Today, there are several 2-6-0s preserved and a number of those are operational; locations where Moguls can be found running including the Nevada State Railroad Museum, Hesston Steam Museum (narrow-gauge), Midwest Central Railroad (narrow-gauge), and the Strasburg Rail Road. 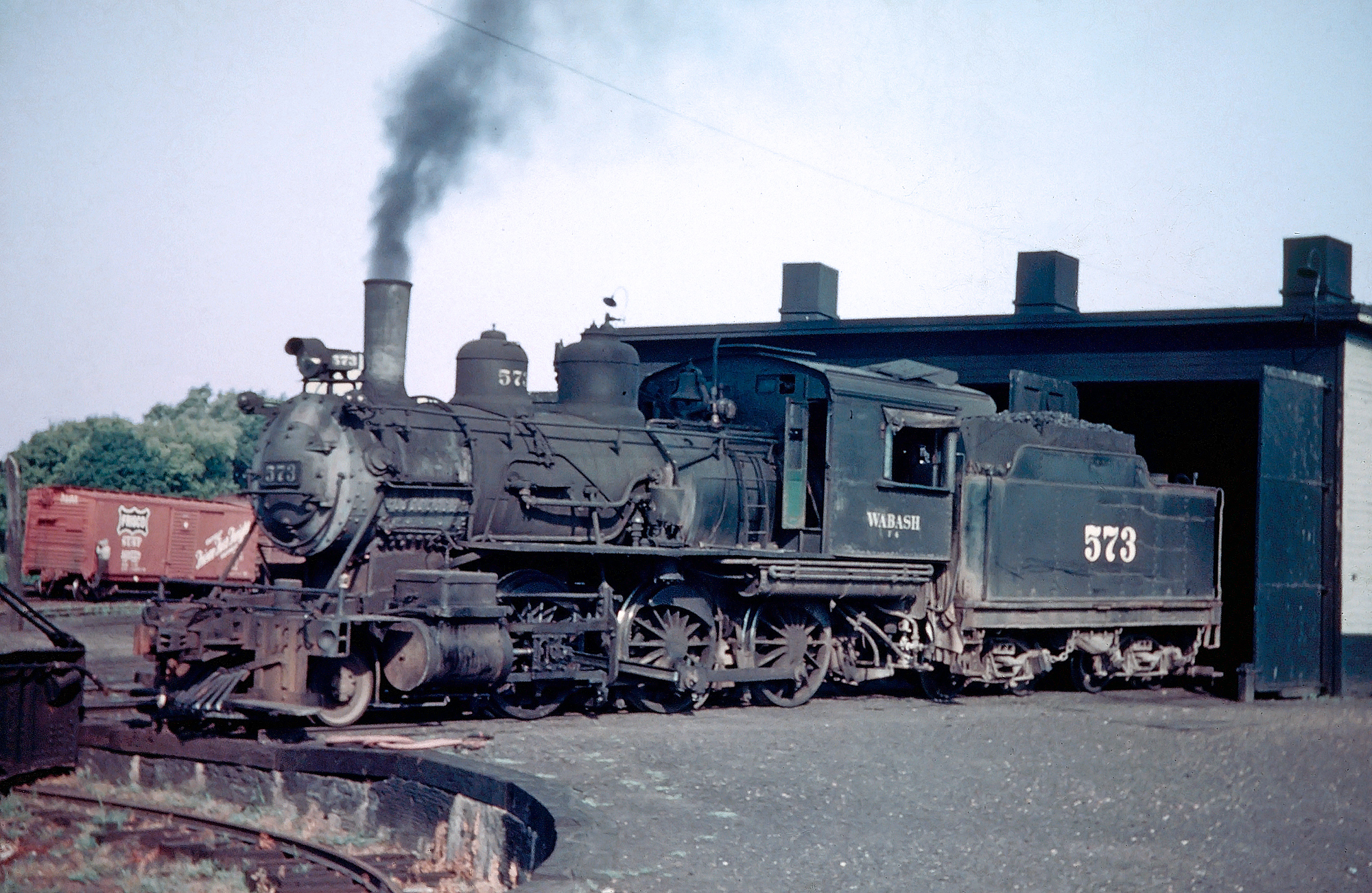 Wabash 2-6-0 #573 (Class F-4) is seen here at the small engine house in Bluffs, Illinois, circa 1953. The railroad donated the little Mogul to the Museum of Transportation in St. Louis, where she resides today. Fred Byerly photo. American-Rails.com collection.

The 2-6-0 wheel arrangement was developed from the 0-6-0 design but was initially rather unsuccessful due to its rigid front pilot truck that could not freely swivel to better negotiate curves and poor track conditions quite common during the mid-19th century.

Due to this problem, from the time the Mogul was developed (as early as 1852 by Baldwin) through the early 1860s few sold (only about 30). Additionally, railroads found them to offer few added advantages over the common American.

The 4-4-0 can be given overwhelming credit, more than any other steam locomotive design before or since its development, for helping the United States flourish beginning in the latter half of the 19th century.

The success of the 2-6-0 wheel arrangement came with the addition of the free swiveling “bogie” front truck originally patented by Levi Bissell in 1857.

After this pilot truck was attached on the Mogul it greatly increased the locomotive’s abilities to negotiate curves and the rough track conditions of the day. With this featured added, the Louisville & Nashville was one of the first to operate what we now recognize as the common Mogul in 1864.

Also, due to the Moguls greater adhesion over an American Type and lower cost compared to a Ten-wheeler, with its design flaw corrected it sold quite well, particularly on short lines where money was not only tighter but also because the 2-6-0 could travel on light track due to its lightweight. 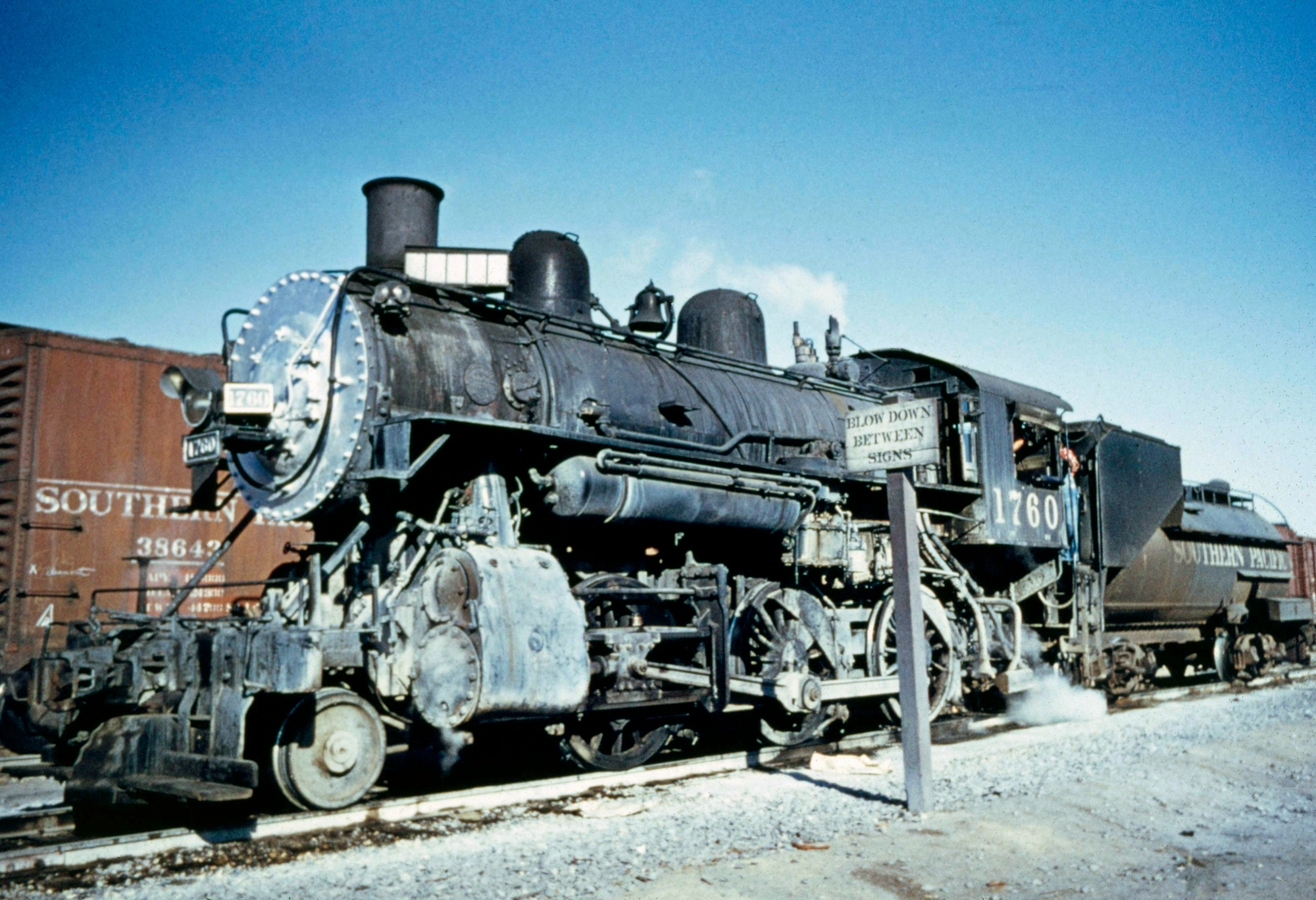 Southern Pacific 2-6-0 #1760 (Class M-6b) was photographed here by Herb Cearley in its final days of service at Fresno, California during the 1950's. The SP owned hundreds of Moguls dating back to the 19th century with many added to the roster from predecessor railroads. This particular class (M-6b) was all retired by 1958. Author's collection.

While the Mogul performed about every task imaginable on short lines, its use on Class I railroads was a bit more specialized.

Here, the railroads realized that the 2-6-0’s best advantage was its ability to haul medium-sized trains over relatively even track saving the heavier movements for trains like the Ten-wheeler and Consolidations.

The Consolidation Type, which had bumped Ten-wheelers from main line freight trains on most Class I systems of the day, was a highly successful steam locomotive design of the latter half of the 19th century that would eventually replace the American Type, 4-4-0 wheel arrangement.

The new Consolidation, a 2-8-0 wheel arrangement, allowed for more tractive effort with two additional driving axles and thus could haul much heavier trains than the American design. 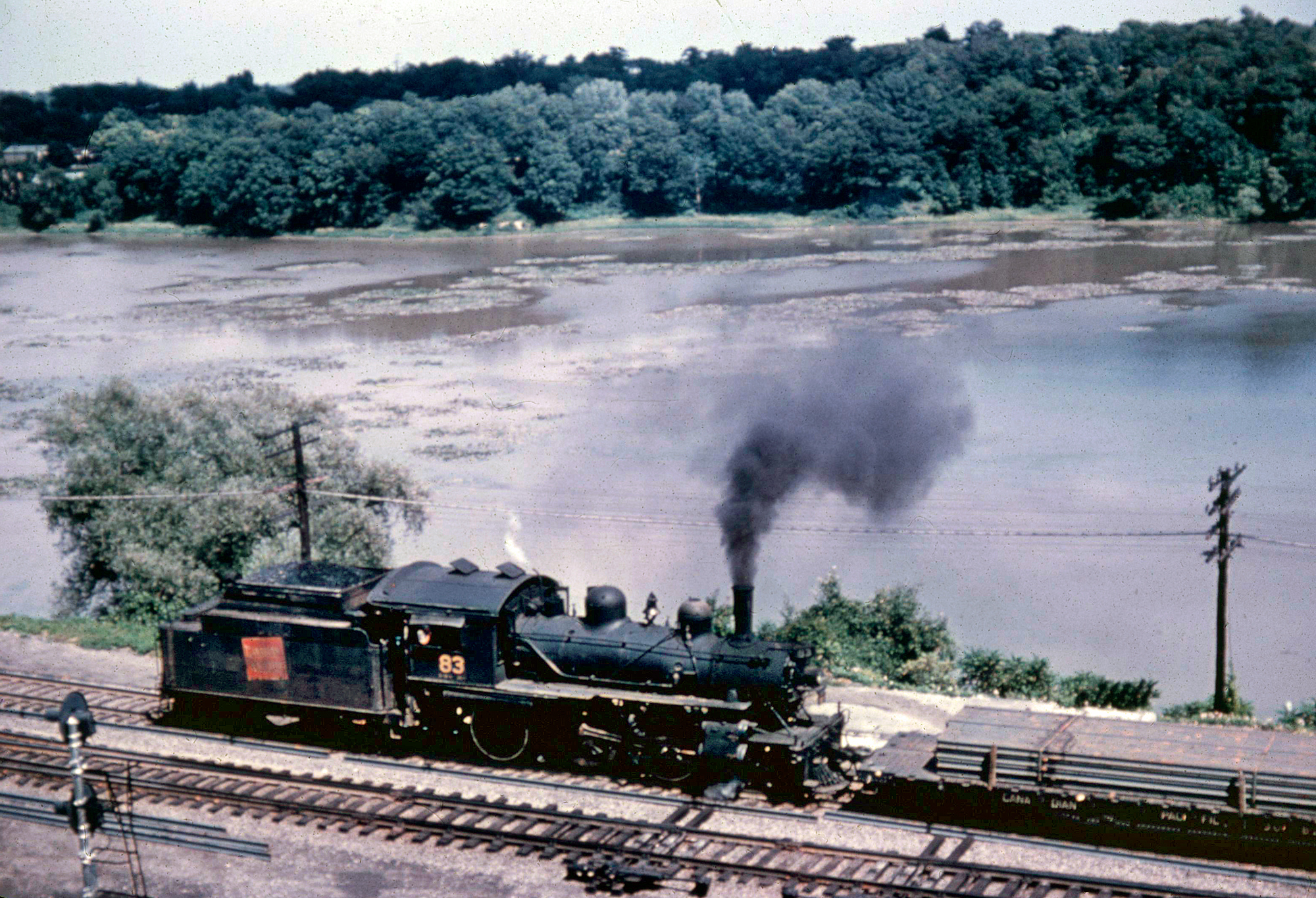 In many ways the Mogul found itself trying to find its own niche between the two very popular designs of that era; at first the 4-4-0 and then later the 2-8-0.

Its name is said to have derived from a 2-6-0 built for the Central Railroad of New Jersey in 1866 by the Taunton Locomotive Manufacturing Company that was called Mogul.

Despite this, as previously mentioned it seemed to fit in quite well with well over 11,000 constructed by the time production had ended in 1910. Just like the American and Consolidation most railroads went on to roster at least one Mogul.

Also, due to their size, 2-6-0s became popular not only shortlines mentioned above but also logging lines and in some narrow-gauge operations. Naturally, not needing so much power these operations found the Mogul useful through the end of the steam era.

However, interestingly even some large, Class Is rostered at least a few Moguls until nearly the end as well for light duty and yard work.

Today, like Consolidations and Ten-wheelers, numerous Moguls have been preserved across the country with some still in operating condition such as famed #89 on the Strasburg Railroad, an ex-Canadian National 2-6-0 built in 1910.

The little steam locomotive is used in regular service throughout the operating season so you have plenty of opportunities to see it in action or ride behind it! Other Moguls still in service can be found at the Midwest Central Railroad, Hesston Steam Museum, and Nevada State Railroad Museum.