The Mt. Hood Railroad is a tourist railroad operating between Hood River, where it interchanges with the Union Pacific, and Parkdale, Oregon.

Interestingly the Mount Hood has its roots dating back to 1906 and operated as an independent short line until 1968 when it became part of Union Pacific.

UP held on to the railroad until most of the freight traffic dried up in the region and was intending to scrap the line until a local group of railfans stepped in and saved it from being lost, taking over operations in 1987.

Since then the railroad, while also serving a few shippers on the original route, has become a popular tourist destination with its stunning view of nearby Mount Hood. 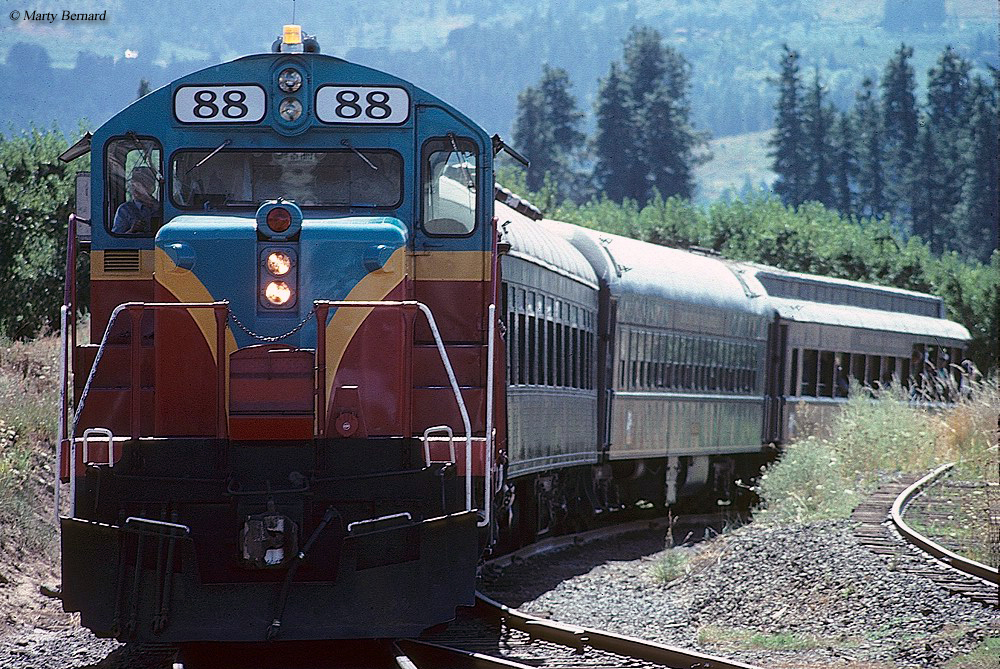 While the Mt. Hood is still very much a short line freight railroad after it was saved from certain doom in 1987 it has become quite a popular tourist railroad offering two different excursions and several special trains throughout the year.

From its earliest beginnings in 1906 (its current route between Parkdale and Hood River was opened in 1909) the Mount Hood served local farmers and timber interests throughout most of its life, interchanging this traffic with the Union Pacific at Hood River, a little town sitting along the banks of the beautiful Columbia River.

The railroad remained an independent operation until UP took over its interest in 1968.

However, due to declining traffic on the route as shippers switched from rail to truck, or closed up shop altogether, the UP opted to abandon the route by the 1980s.

Luckily, a group of local railfans stepped in and purchased the line before it could be scrapped.  In 2008 the railroad became an Iowa Pacific through subsidiary Permian Basin Railways.

At one time Iowa Pacific operated numerous other short lines and scenic trains including:

In addition to its railroads Iowa Pacific also operated rail car repair services. Alas, the company, founded in 2001 by Ed Ellis, became overextended and went bankrupt; its assets were largely sold and liquidated in 2020.

The Mount Hood Railroad currently operates two excursion trains, one to Odell (a 2 ½ hour ride) and one to Parkdale covering the entire 22-mile line, which takes about 4 hours.

They have also hosted the official Polar Express in years past but have not done so in recent years (while a very popular event it can be a bit pricey to host due to the franchising costs involved).

For equipment Mount Hood has two enclosed Pullman coaches, an open-air car, concession car, and a caboose. For power the railroad usually employs one of its three EMD four-axle diesel locomotives although it also has rare Lima diesels.

So if you are ever in Portland or visiting northwestern Oregon you should definitely considering stopping to visit by and ride aboard the Mt. Hood Railroad, which will take you through some of the best scenery Oregon has to offer. 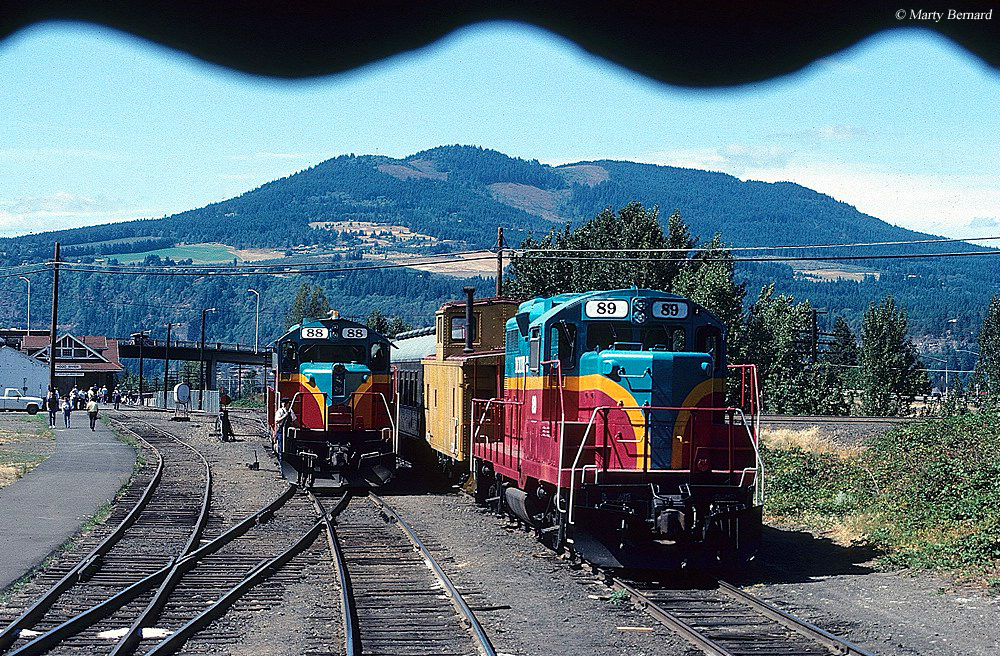 For more information about the railroad please click here to visit their website. It provides details about everything that they currently offer from available excursions to special events.

Their site also provides information on how to reach the railroad, tours located nearby, and how to reserve trips in advance. Finally, if you have a Facebook account they operate a fan page so that you may keep up with the latest happenings on the railroad.