When the Union Pacific, building west from a young Omaha, and the Central Pacific, striking out east from Sacramento, met at Promontory Summit, Utah on that famous day in May, numerous Midwestern railroads sought a UP connection.

As new construction reached a fever pitch during the 1880's, thousands of miles were laid down throughout the Cornhusker State.

There are currently no standard-gauge scenic train rides available in Nebraska after the Fremont & Elkhorn Valley Railroad/ Fremont Dinner Train closed in 2012.

However, a number of museums do exist, such as the Golden Spike Tower in North Platte, which overlooks the world's largest freight terminal, Union Pacific's massive Bailey Yard.  More information about this can be found in the below guide. 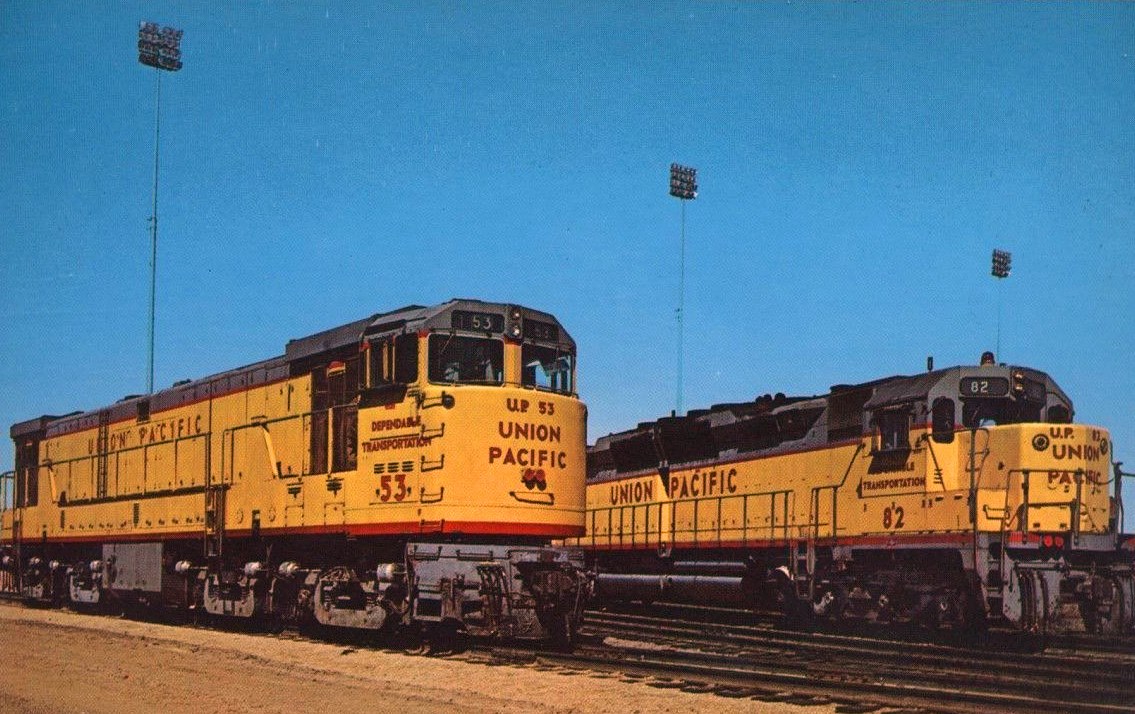 A Brief History Of Nebraska's Railroads

The iron horse arrived in Nebraska only after the United States put forth a concentrated effort to link the continent by rail, thus opening the western frontier to new economic and settlement opportunities.

The company was formally organized in May, 1863 and held its groundbreaking in Omaha on December 1, 1863.  The event was widely publicized and a great gala held in its honor.

Those attending included Nebraska Territory's governor, Alvin Saunders (who turned the first shovel of dirt), and many UP dignitaries.  The day was also filled with fireworks, cannon salutes, bands, and other activities.

By 1864 the project was well underway.  In spite of a scandal that greatly shook the railroad (the infamous Crédit Mobilier incident) it would eventually meet Central Pacific at Promontory Summit, Utah on May 10, 1869.

To read more about the Transcontinental Railroad please click here.  On that day, Central Pacific 4-4-0 #60, "The Jupiter," touched the cow-catcher of Union Pacific 4-4-0 #119, thus signaling the railroad's completion.

In the coming years, numerous Midwestern systems tried to reach the Omaha/Council Bluffs gateway; those mentioned above (or their predecessors) were successful while many others failed.

As it turns out, the Chicago & North Western carried the greatest leverage since it spent many years as Union Pacific's signature link into Chicago (after the C&NW's physical plant declined after World War II, UP switched its connection to the Milwaukee Road in 1955).

However, not all were concerned with Omaha/Council Bluffs as a UP connector.

Some, particularly the Chicago, Burlington & Quincy, maintained not only through routes across Nebraska (serving Omaha in the process) but also numerous secondary corridors tapping the state's agriculture industry.

Not even the mighty UP blanketed Nebraska quite like the CB&Q.

There were others in this regard, like the C&NW itself, which contained considerable service throughout the state (it also attempted to open its own transcontinental corridor but only managed to reach Lander, Wyoming).

According to John Stover's book "The Routledge Historical Atlas Of The American Railroads," mileage peaked at over 6,100 during the 1920's. 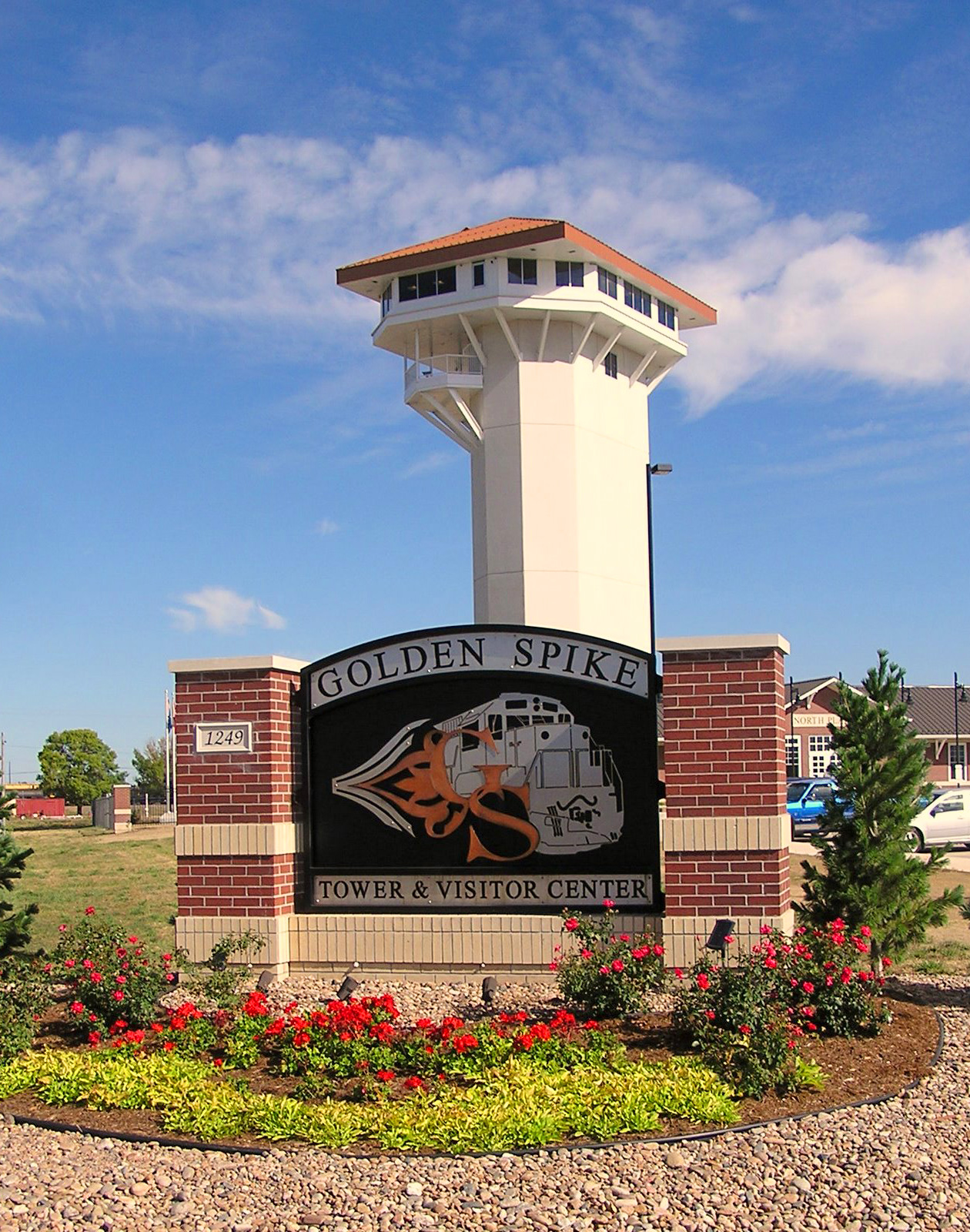 This museum, located at 801 South 10th Street in Omaha, is housed within the town's restored Union Station: completed in 1931 it was utilized by:

The building was the third to grace the location; it was designed by Los Angeles architect Gilbert Stanley Underwood, featuring classic touches from the Art Deco period.

It cost $3.5 million and during peak operations witnessed 10,000 passengers daily.  In 1971 it was placed on the National Register of Historic Places and in 1973, following cessation of rail service, the Western Heritage Museum opened.

Today, it is known as the Durham Museum related to the history of Omaha and the West.

In 2016 the structure was granted additional recognition by earning the rare distinction as a National Historic Landmark.  There are also several pieces of rolling stock also on display.

This tower is a fascinating attraction that overlooks Union Pacific's massive Bailey Yard, the world's largest such facility situated in North Platte.

In addition, there are 985 switches, 766 turnouts, 17 receiving, and 16 departing tracks.  To keep this operation in fluid motion the railroad staffs an army of some 2,600 workers.

Without this major terminal the town would almost certainly cease to exist, or, at the very least, be much smaller.  Once atop the tower, which stands eight stories, you are provided a 360-degree, panoramic view of the surrounding yard and area.

It is open nearly year-round.  While in North Platte also be sure to visit a few preserved steam locomotives on display; Union Pacific 4-6-6-4 #3977 (built by American Locomotive in 1943) in Cody Park and Union Pacific 2-8-0 #480 (listed as Class C-57 it was manufactured by the Baldwin Locomotive Works in 1903) at North Platte Memorial Park. 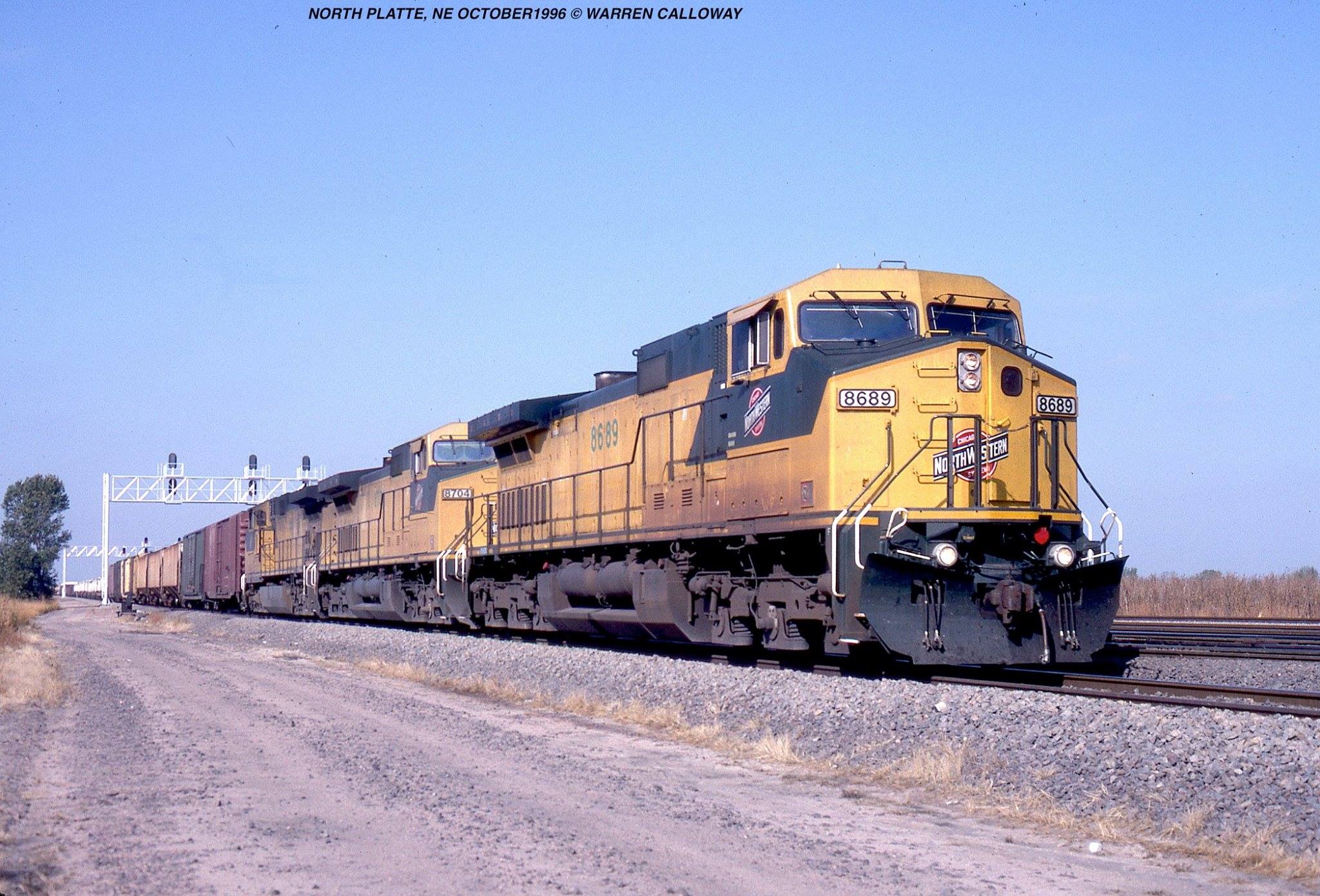 This small museum is part of the Wakefield Heritage Organization and housed inside the town's restored Chicago, St. Paul, Minneapolis & Omaha (better known as "The Omaha Road" this rather large railroad was acquired by the Chicago & North Western in November, 1882) depot, located at 101 East 1st and Main Streets.

It is a brick/stucco structure that opened in 1925 (the second such facility to serve the town).  Rail service was suspended here after March 15, 1977.

Today, the museum is open to visitors on select days of they year featuring historic displays and artifacts.  To learn more please visit the organization's website by clicking here.

Many zoos around the country feature small railroads that ferry visitors around the grounds and Omaha's Henry Doorly Zoo is no different.

The train uses open-air cars and is pulled by a pair of steam locomotives.  The operation utilizes a 30-inch gauge (2 feet, 6 inches) and was first placed into service on July 22, 1968, following the zoo's 1963 reincorporation.

Interestingly, for many years the railroad was sponsored by the Union Pacific, which actually oversaw initial construction.

Today, there are 1.8 miles in service, allowing visitors to enjoy a 15-20 minute ride.   Three locomotives pull the trains:

The railroad operates from March through November each year.

Stuhr Museum Of The Prairie Pioneer

This museum is based in Grand Island and its mission is to preserve the history of pioneers who settled central Nebraska during the late 19th century.

During railroading's height, it was served by not only Union Pacific but also Chicago, Burlington & Quincy.

Today, Grand Island remains a major railroad town where UP's main line still passes through the heart of the city while BNSF Railway's line (successor to the CB&Q) also remains in active use.

The Stuhr Museum features many displays and artifacts related to such and also offers a number of special events throughout the year.

Finally, there is a small collection of historic rolling stock on the grounds along with Union Pacific 2-8-0 #437, a Class C-57 "Consolidation Type" built by the Baldwin Locomotive Works in 1901.  To learn more about the Stuhr Museum please visit their website. 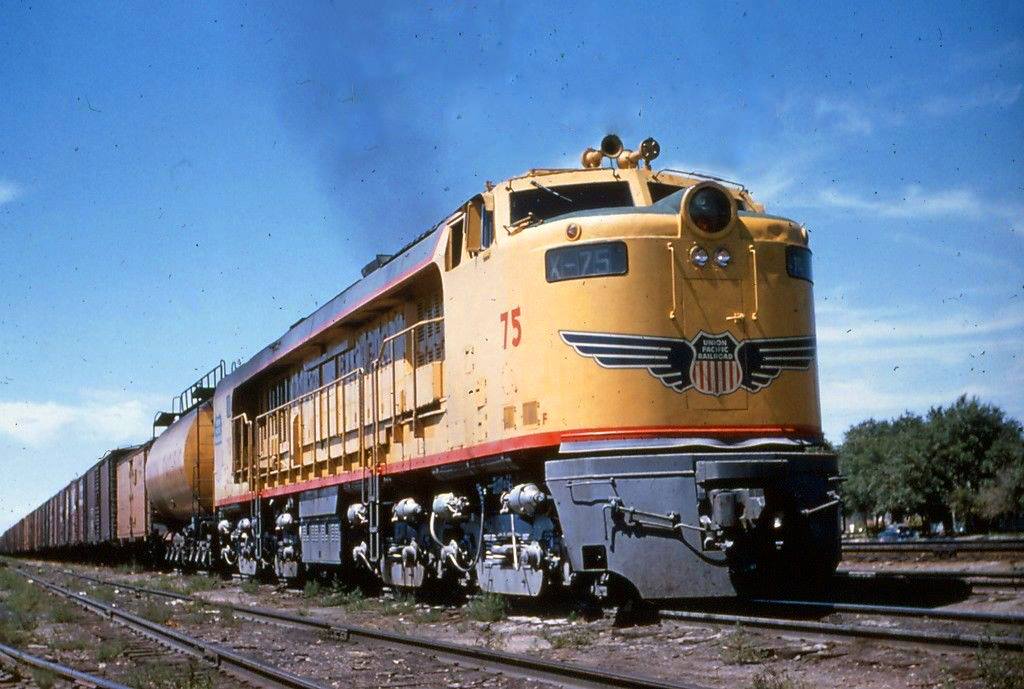 This museum is operated by the Buffalo County Historical Society and based in Kearney.  Their primary mission is to preserve the history of Buffalo County and the state of Nebraska while also telling the railroads' involvement in the region's development.

The town has long been served by Union Pacific although the Chicago, Burlington & Quincy also once maintained a branch off its main line from Kenesaw (long since abandoned).

While there be sure and check out another preserved Union Pacific 2-8-0 "Consolidation," #481 (built by Baldwin Locomotive Works in 1903).

There is also a collection of rolling stock to peruse and don't forget to visit Union Pacific's preserved wooden depot from Shelton.

The structure has been handsomely restored with various artifacts displayed around the building. The museum is open on select days throughout the year.