The Night Of The Caboose

Today, the railroad caboose is obsolete. They have fallen from being an essential part of any train to being just a novelty item found occasionally as a static display on a short section of improvised track.

For 150 years, every freight train had a caboose on the tail end.

Personally, I don’t miss them much. When ever any switching had to be done en route, and cars had to be dropped off or picked up, there was always the inconvenience of where to leave the caboose so it could be retrieved on the rear when we were ready to go again.

They were hot in the summer and cold in the winter. Anyway, I was the type that would rather be up in the head end – the locomotive. That’s where the action is. In the caboose, well, I felt I had been degraded to being responsible for where we had been. Not very exciting. 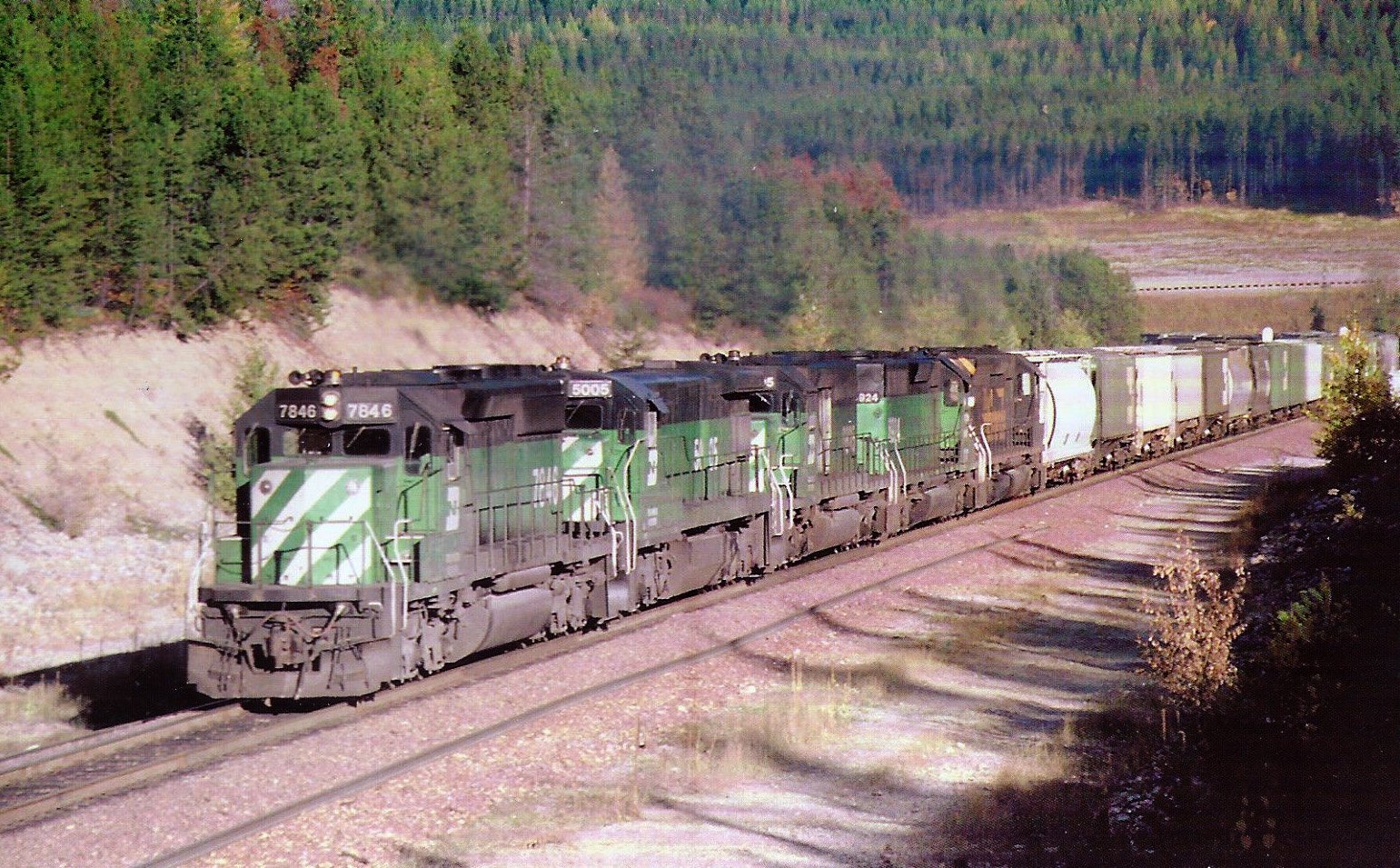 When I first began railroading in 1990, I was a brakeman with the Burlington Northern Railroad out of Dilworth, Minnesota.

There were still cabooses in use then. I hadn’t been on the job very long and was still meeting new people and working with new crews all the time.

One day the Crew Caller notified me by phone that I would be working a train that night at 10:00. The day was beautiful and warm.

Yet here it was late October in northern Minnesota. This was the transition time of year from fall into winter. Summer into fall had already passed.

And winter to northern Minnesota comes with a vengeance. By late October, all the leaves have already fallen. And maybe a few snow flurries are not uncommon either.

Our October began as typical. The trees were dormant, the days getting shorter and colder, and gone were the pillow like white clouds of summer in lieu of solid, dark, overcasts of cloud.

But that day was very surreal – completely out of place. The day was bright, sunny, and even inspirational. The Weatherman on TV said it was due to a blast of high pressure that had been squeezed north from the country’s mid-section.

At 10:00 pm, I arrived at the railroad yard office for work. The yard office is more than just an office. It is a very large building, with offices of course, but it also houses several communication centers, both radio and telephone.

There are showers and lockers for Trainmen, and a large open room where trainmen assemble before each trip as well as where they report to after “tying up” at the end of their day.

In the yard office I found the crew I’d be working with. I was still new to the job and didn’t yet know any of these guys.

The Conductor was a great big man with a great big laugh named Jeff. He had a full beard and wore blue jean bib overalls. Jeff was always smiling and seemed to be a very happy sort.

He obviously already knew all the other guys in the room. He was apparently very popular. Trainmen would give him a comment along with a pat on the back as they walked by. And in a very loud and unmistakable voice, Jeff would yell comments at others across the room. It made everyone chuckle. 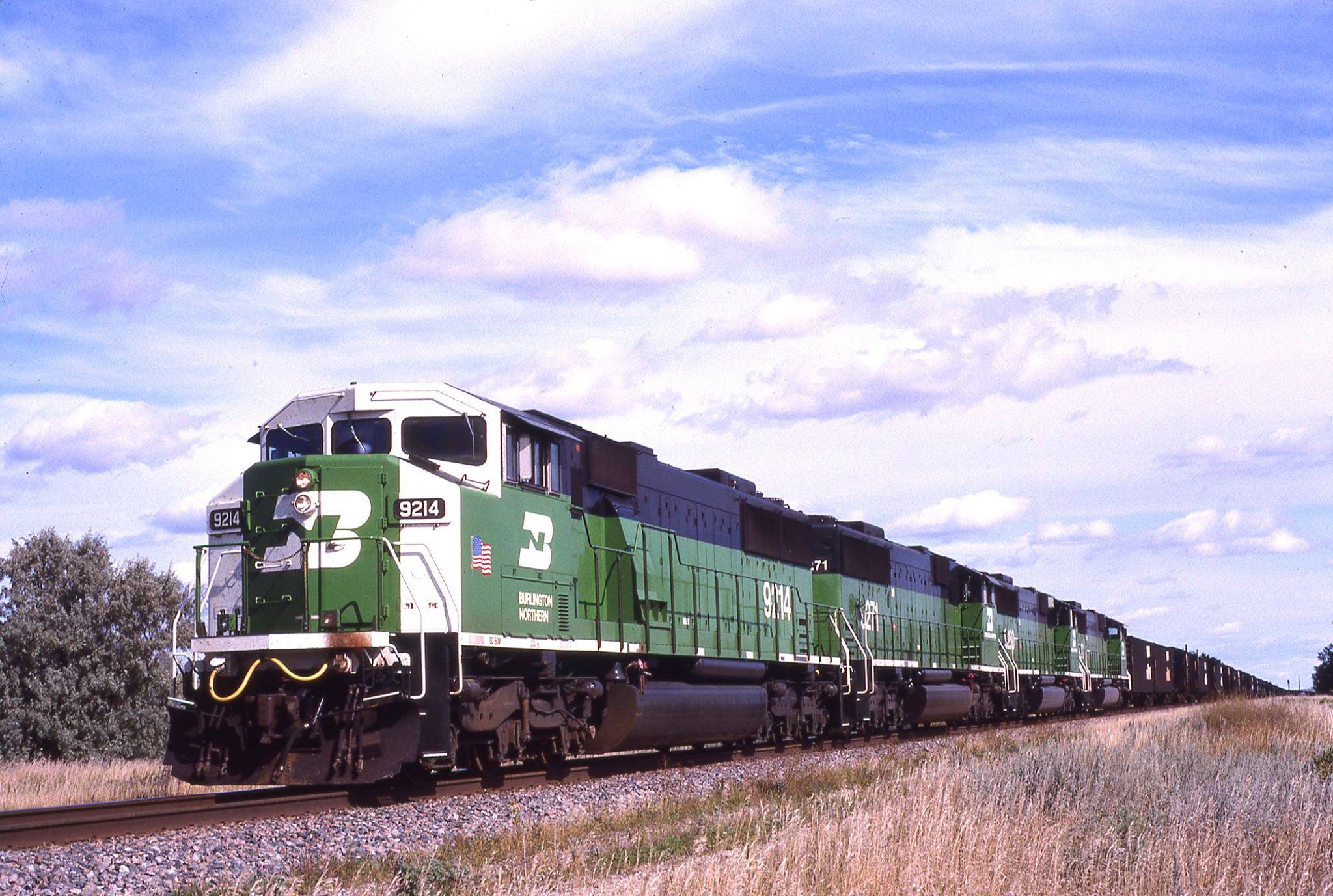 We had our pre-train job briefing. The train was going to Wilmar, only a few hours away. This train was the only train that Jeff and this crew worked.

I was called to fill in for a regular Brakeman who had called in sick. The train on this night was overweight and over length.

This meant we’d be under a slow speed restriction. Jeff decided who would be where. The Engineer would have the other Brakeman up with him and I would be in the caboose with Jeff.

By the time everyone boarded the train it was close to 11:00. And it was still very warm outside. Quite unbelievable. Once in the caboose we turned on a couple less than adequate lights. I was the new guy then so I never offered a lot of talk.

“Keep my ears and eyes open and my mouth shut” was my policy. But Jeff carried the conversation no matter where he was, and was doing so that night as well.

In a short while, the Engineer’s voice came over the radio, “Lie down and hang on to something boys. We’re pulling now”. He was only kidding about the warning for a rough ride of course.

Jeff filled out some papers on a very worn desk top under one of the dim lights, talking nearly the whole time. I sat in a seat looking out a window. Included in the conversation was the unbelievable warm weather we were experiencing and how it carried over into the night.

And then with a physical reaction as if struck by inspiration, Jeff suddenly looked up and said, “Hey, let’s sit outside! Up on the roof!”

I was shocked, and I’m sure I looked shocked. One of the things I knew from the two weeks of class time we had as a new hire is that no one, no one, is ever to be on top of any part of any train while it is moving.

But as a new guy, I didn’t want to be disagreeable with the Conductor either. Anyway, Jeff was already out the door on the end vestibule and climbing up the ladder. So I followed.

There we sat on the roof, leaning back against the cupola for support. The warm night air was blowing in our faces. Jeff was one heck of a happy and friendly man.

I could sense that one thing that carried him to be so happy and likeable was his extraordinary degree of self-confidence, which was more than merely apparent. We sat on the roof and talked about many things.

With nothing much left to do at that point, I could relax a little and turn my attention to conversation. Jeff talked about his collection of Harley motorcycles, and the one particular 1938 model he kept in his living room.

“It’s not for riding”. He said. “It’s just to look at”. He was also a military veteran, and when time permitted he raised money for disabled veterans in the state of Minnesota. Besides railroading, community service was a big part of Jeff’s life.

The dark of the night was broken two times by the lights of small towns as we passed through. The grandest sight though, was watching the full moon rising over the horizon.

To witness the rising of a Harvest Moon on a nearly tropical night was something I never experienced before. And I’m sure I never will again.

The train slowed down to 10 miles per hour. This was the clue that the head end was entering the Wilmar rail yard. It was nearly 3:00 am.

We climbed down off the roof and went inside the caboose. Jeff outlined my duties in the rail yard. Where we would need to back up, the switches I would be responsible for, which cars would be left on what tracks, and the like.

We yarded the train, and when it was all done I could see the lighted windows of the Wilmar yard office about an eighth of a mile away.

In the dark, Jeff and I stepped over the rails of many tracks to get to the office. A building I’ve never been before. The engineer and the other brakeman were still out taking the locomotives over to the barn to be put away.

The Wilmar yard office was like the one at my home terminal. It too was a busy place with many trainmen coming and going. We walked inside and for the first time in hours we stood in bright light.

The conversations inside suddenly stopped. This got my attention immediately. I became self-conscious instantly and wondered about my appearance. Everyone was looking at us.

Jeff was oblivious to the sudden change in atmosphere inside the building. He was too focused on looking for familiar faces and yelling greetings to the men he recognized. I spotted a restroom close by and made my way towards the door.

In the mirror of the restroom, I couldn’t believe what I saw. The front half of me was covered in a fine white powder. I slapped my torso to break through the disbelief.

Sure enough, clouds of fine white dust rose from my clothing. The color of my clothes was evident through the powder, but just barely. Around my eyes were large areas of regular skin color.

I had been rubbing my eyes quite a bit during the trip because they felt irritated, and now I understood why. Just then I heard a big laugh come from Jeff out in the main room.

I had guessed he looked like me and had just been told so. A minute later he walked into the restroom, all white like me, looked at himself in the mirror, and a big burst of laughter erupted again. 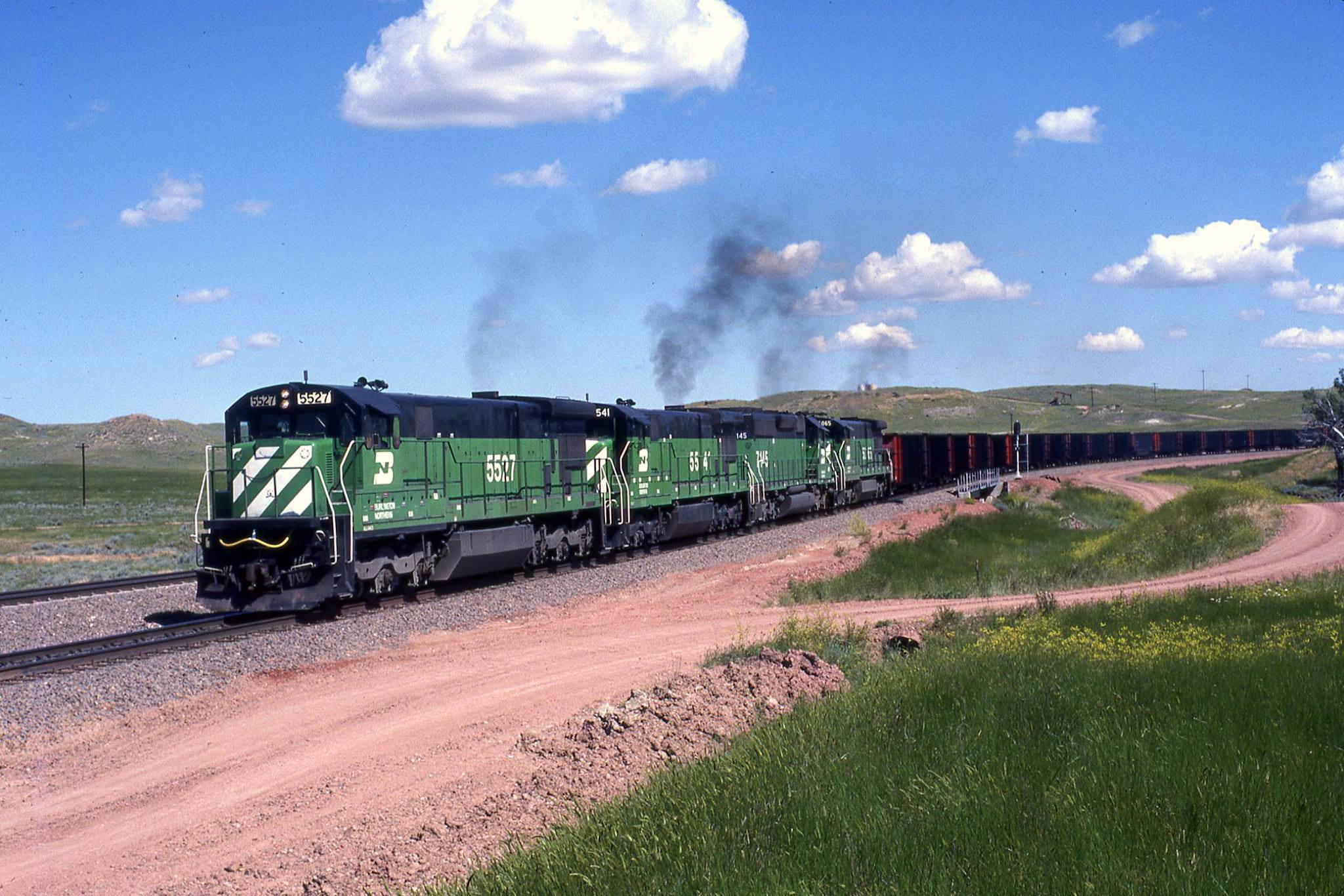 The rail car just ahead of the caboose was a covered hopper loaded with flour. The top of the car is covered and sealed with hatch type doors.

To load the car, the flour mill workers open the round hatch doors on the roof and fill the car compartments through a spout extending from the mill.

Obviously, flour was spilling from the spout whenever the car was repositioned for loading the adjacent compartments. A loose layer of flour was on top of the car after it had been loaded and sealed.

Then the car was put into our train and we never saw what was on top in the dark. Throughout the trip, wisps of flour had been blowing back over the caboose roof, and us.

I never saw Jeff much after that night. He soon transferred to another district terminal, and I work for a different railroad now. I still have to smile when I think of that night.

I sometimes tell it to guys I work with. I wouldn’t be surprised if Jeff tells the story too sometimes. And I’m sure he tells it much louder than I do.