The railroad itself dates back to the very early 20th century as a means of transportation to move the large amounts of copper being mined from south-central Nevada.

As the price of copper began to plummet in the late 1970s Kennecott Minerals Company, then owner of the railroad closed down all of its operations in the region by the early 1980s.

In 1986 the line north of Ely, including all shops and facilities that were located in the railroad’s hub at Ely were transferred by Kennecott to the White Pine Historical Railroad, which today operates it as the Nevada Northern Railway Museum.

Recently, there has been talks of the railroad receiving a federal grant to rehabilitate part of the line and resuscitate freight operations. 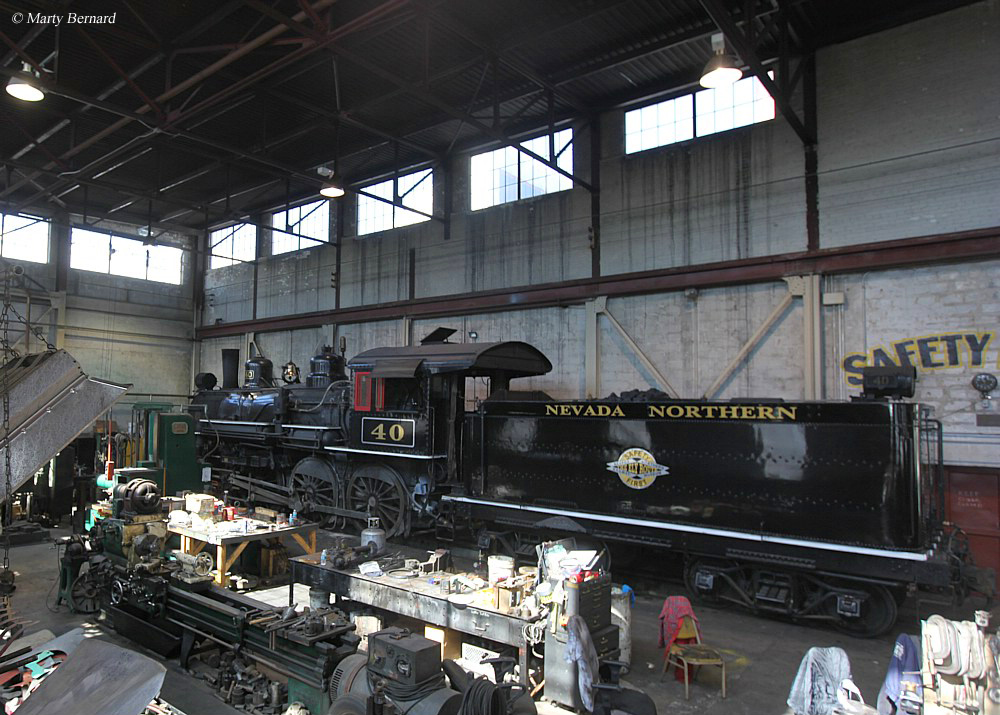 Today the Nevada Northern Railway offers a nearly two-hour excursion between Ely and Keystone, a distance of about 10 miles (roughly a 20-mile round trip) which takes you on a nearly 2-hour train ride.

Along with these trips the railroad also offers other attractions like train charters, locomotive rentals, cab rides, and caboose rentals.

Perhaps, though, what is most unique about the railroad, which went a long way in earning it National Historic Landmark status in the spring of 2006 was the impressive level of preservation the railroad remains in.

Virtually all of the buildings, locomotives, and rolling stock, everything is original and extremely well preserved.

So, when you visit or take a ride on the Nevada Northern Railway you really are stepping back in time, something not many other tourist lines can so completely claim. 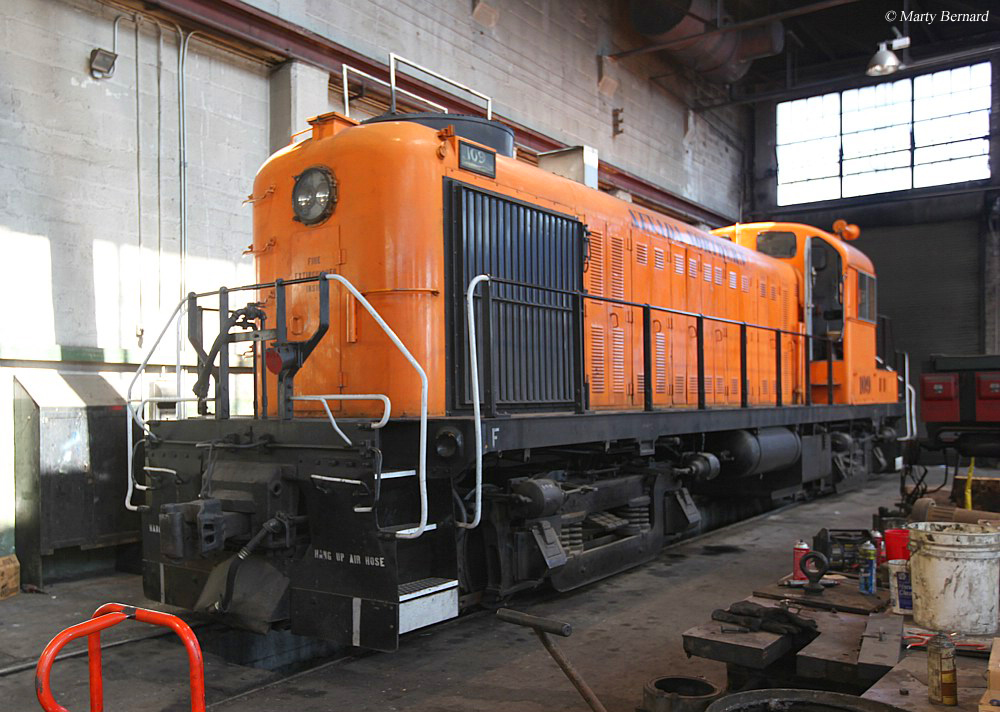 The original Nevada Northern dates back to 1905 when it was created as part of the Nevada Consolidated Copper Company to serve the many mines in the Ely area.

The railroad was completed from Cobre, Nevada to Ely in September 1906, at a distance of nearly 140 miles.

Once the railroad had its primary main line completed it fanned out of Ely serving mines to the west in Ruth and Kimberly (it’s line to Ruth was known as the “Ore Line” and bypassed Ely to the north, which is the same route used today by the Nevada Northern Railway Museum), along with its smelter at McGill.

At peak operations during the 1930s and 1940s the railroad was well over 170 miles in length and was dispatching several trains a day to interchange points with the Southern Pacific and Western Pacific.

Also during this time the owner of the Nevada Northern Railway, the Nevada Consolidated Copper Company was purchased by the Kennecott Copper Corporation, which remained in control of the railroad until its assets around Ely were sold to the White Pine Historical Railroad in the 1980s. 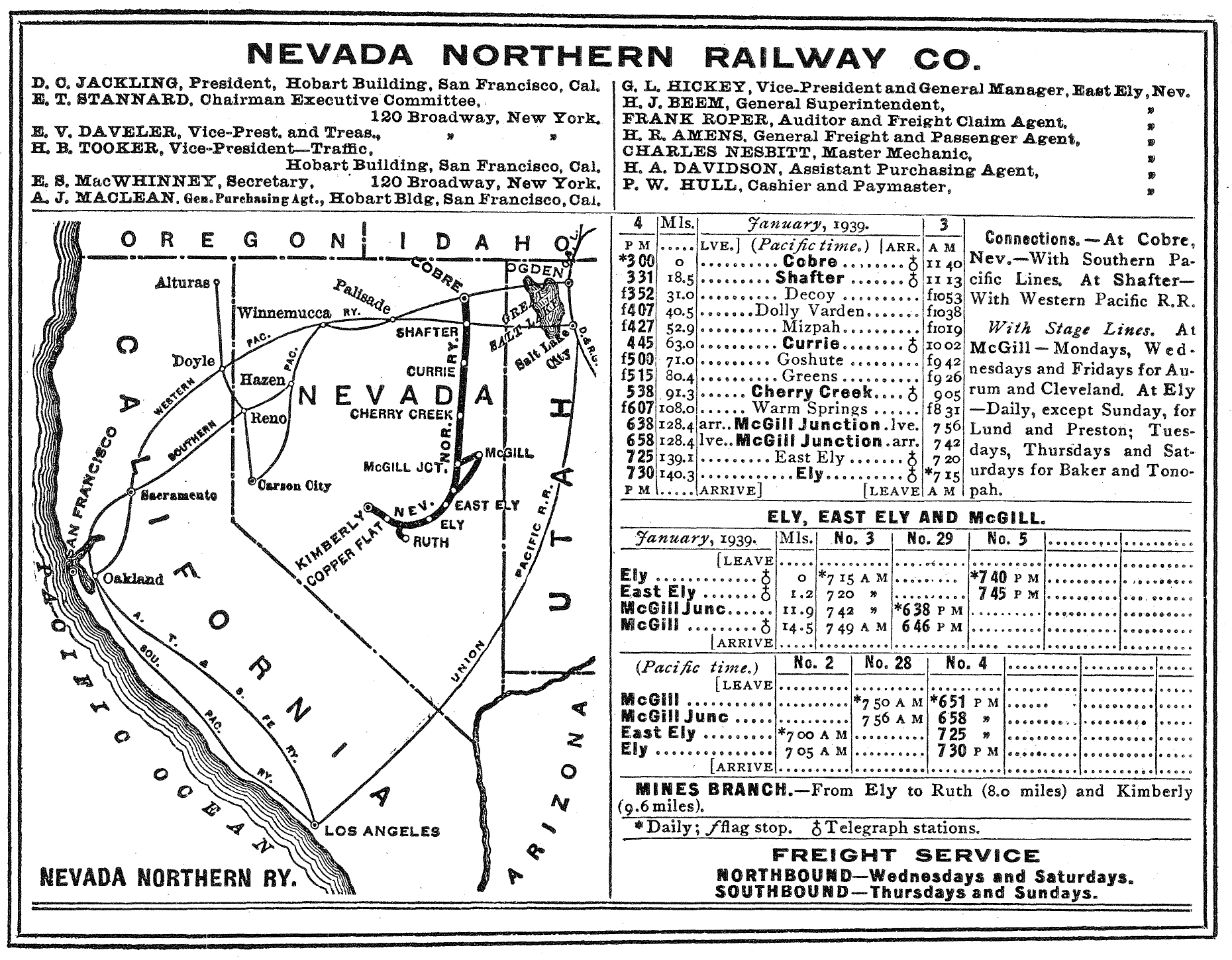 Traffic on the railroad remained steady until the 1970s when copper prices began forcing Kennecott to slowly shut down its operations.

By 1983 the smelter located at McGill shutdown after the last mine had closed in 1978 and with no more reason to be in operation the Nevada Northern Railway as a commercial common-carrier railroad ceased operations after 78 years of service.

While the line west of Ely is still mostly in service for the Nevada Northern Railway Museum hope still remains that one day the entire railroad will return to operation.

After a brief resumption of mining in Ruth in the 1990s in which rail service only lasted until 1999 (trucks now do the job), the City of Ely acquired the line north of the city all of the way to the original interchange point located at Cobre. 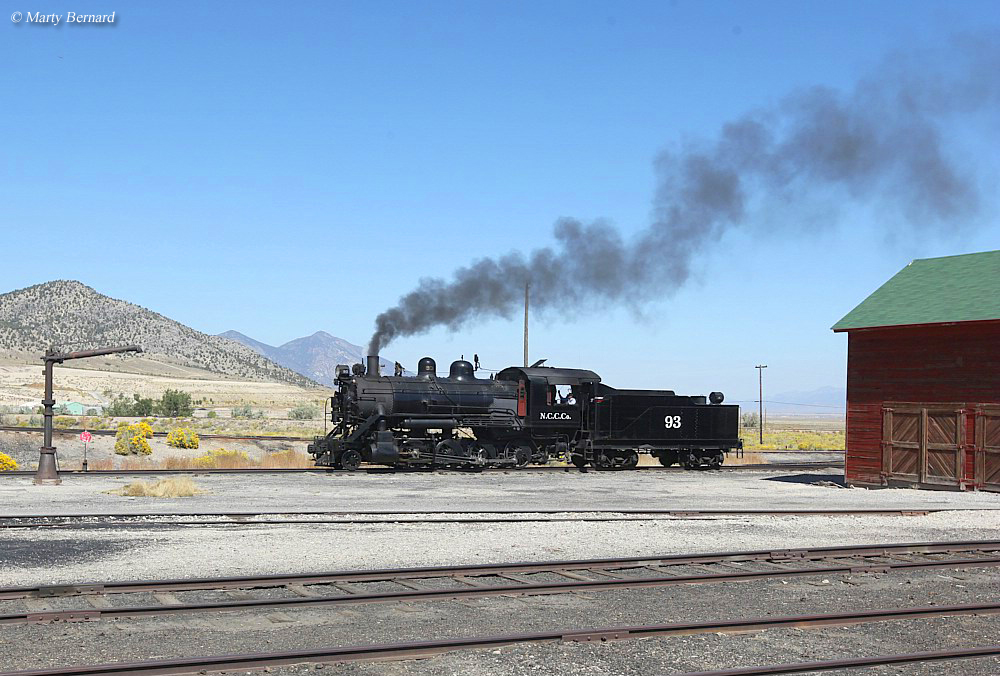 During April of 2014 news broke that the railroad had applied for a federal TIGER grant in the tune of $15 million.

The monies would be used to overhaul the trackage between Keystone to Currie with new ties and ballast and allow for an interchange to be reestablished with Union Pacific at Cobre.

Additionally, the restored rail service would provide a copper mine in Ruth with such access as it currently must rely on trucks transportation only.

Such a move would provide the Nevada Northern with a much needed, sustained stream of revenue and likely increase its tourist draw by extending excursions over much of the system.

Lastly, if you have the time please consider volunteering to help them with not only restoration work but also maintaining their railroad.

I am sure they would very much appreciate the help! For more information about the Nevada Northern Railway please click here to visit their website.