For years, long before the advent of streamliners or the 400s the Chicago & North Western's flagship between the Chicago and the Twin Cities was the New North Western Limited, inaugurated during the early 20th century.

This train featured luxury far beyond perhaps anything else the C&NW ever operated carrying opulent Pullman equipment and sporting the original version of the railroad's now-classic yellow and green livery.

The Limited was upgraded twice during the 1920s and continued to remain an important part of fleet following the introduction of the lightweight 400s in the late 1930s and eventually boasted streamlined equipment itself.  However, the downturn in ridership during the late 1950s made it a victim of early cutbacks and the Limited was discontinued prior to the 1960 season.

The Chicago & North Western's access to the Twin Cities was thanks to its 1882 acquisition of the Chicago, St. Paul, Minneapolis & Omaha Railway otherwise regarded as The Omaha Road.  The CStP&MO and C&NW had worked together closely for many years dating back to the 1870s.  The former operated a system that connected with the C&NW at many locations stretching from Elroy, Wisconsin to the Twin Cities then turning north to reach Duluth/Superior. 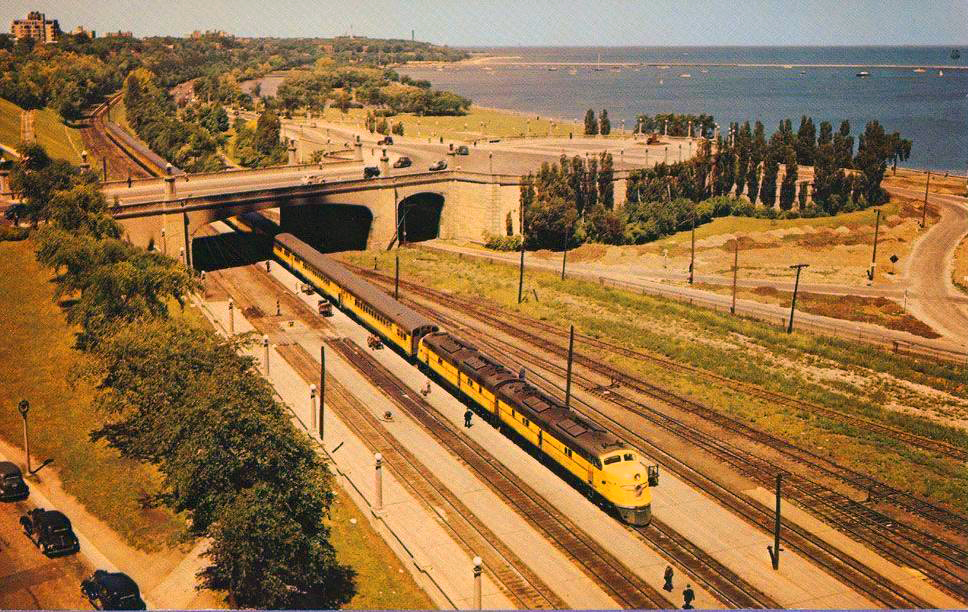 From Minneapolis/St. Paul the Omaha Road turned southwesterly with a route serving Omaha and another branching to Mitchell, South Dakota.  It was much smaller than the C&NW but held strategic routes throughout the Midwest, none more important than its line to the Twin Cities which led to its purchase.

After the takeover the C&NW worked aggressively to upgrade service to Minneapolis/St. Paul by purchasing new equipment from 1888 through 1905.  The most significant improvements came with the introduction of the New North Western Limited in 1912, considered the most prestigious on the system which the railroad billed as offering "the best of everything."

"...few trains have equaled [its] beauty.  Standing in the trainshed, the yellow and green cars and glistening Pacific were a sight to behold..."

It was listed on the timetable as #405 westbound with #406 as the eastbound run returning back to Chicago.  Murray goes on to state that two upgrades occurred during the 1920s, first in 1923 and then again in 1928 just before the Great Depression.

A History Of The Chicago & North Western

This subsequent new equipment, however, was not painted in the elegant green and yellow scheme but sported primarily traditional Pullman green; a flat, dull, and uninspiring color, which predated the streamliner era.

"North Western is not ordinary railroad service.  Casual inspections reveals quality and advanced features.  Technical examination and comparison will open your eyes to amazement.  You will observe that the man who travels much travels North Western."

"Every mile protected by Electric Safety System, the Signal of Safety is flashed from rail to rail.  Two morning trains to Chicago, three superb all-steel evening trains to Chicago.  Route of...the famous North Western Limited."  Murray states that the number of sleepers carried within the Limited depended upon location. 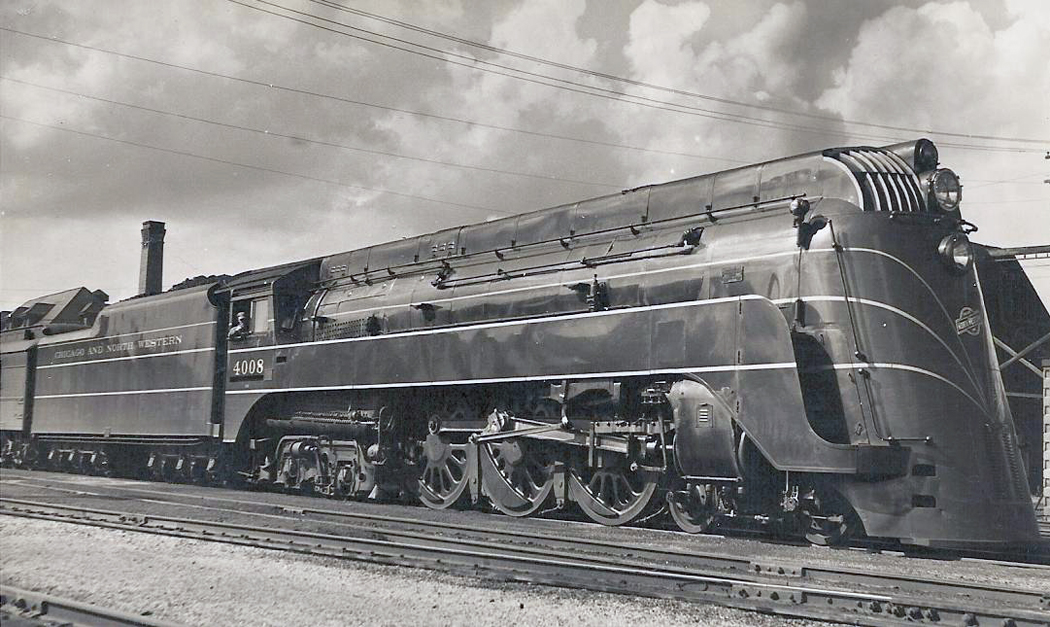 For instance, more cars were added between Milwaukee and Fond du Lac to Minneapolis and the westbound train would pick up another from train #511 at Eau Claire, which was then ferried on to Minneapolis.

During July of 1945, per government stipulation, the North Western Limited lost its sleepers although these were later reinstated during November of 1948.

The train ran on an overnight schedule, hence the need for the sleepers on what was otherwise a dayliner if operated in the daylight hours.  According to its 1929 timetable the westbound Limited left Chicago at 6:30 PM and arrived in St. Paul at 7 AM the following  morning, reaching Minneapolis around a half-hour later at 7:35 AM.

In comparison, its eastbound counterpart would leave the latter city at 8:00 PM and the former at 8:40 PM before arriving in Chicago the next day at 8:35 AM.

(The below North Western Limited timetable is dated effective January 15, 1939.)

During 1939 the C&NW was finally able to boast its own streamliner when it rechristened the original 1935 400 with lightweight equipment from Pullman-Standard pulled by Electro-Motive's sleek E3 diesels.  The launching of this train, and subsequent 400s to follow, caused the North Western Limited to lose much of its prestige.

Despite this change the train's legacy certainly lived on as the railroad reintroduced its classic green and yellow livery on the new streamliners.  During 1948 the first lightweight cars appeared on the Limited in the form of Pullmans and it gained diesel status via streamlined, Electro-Motive E6s.

Then, in 1955 after the Union Pacific dropped the C&NW as its Chicago connection after October 30th, switching instead to the Milwaukee Road to ferry its City fleet, some of the former equipment from these trains were assigned to the North Western Limited giving it the status as a complete streamliner sporting all lightweight equipment. 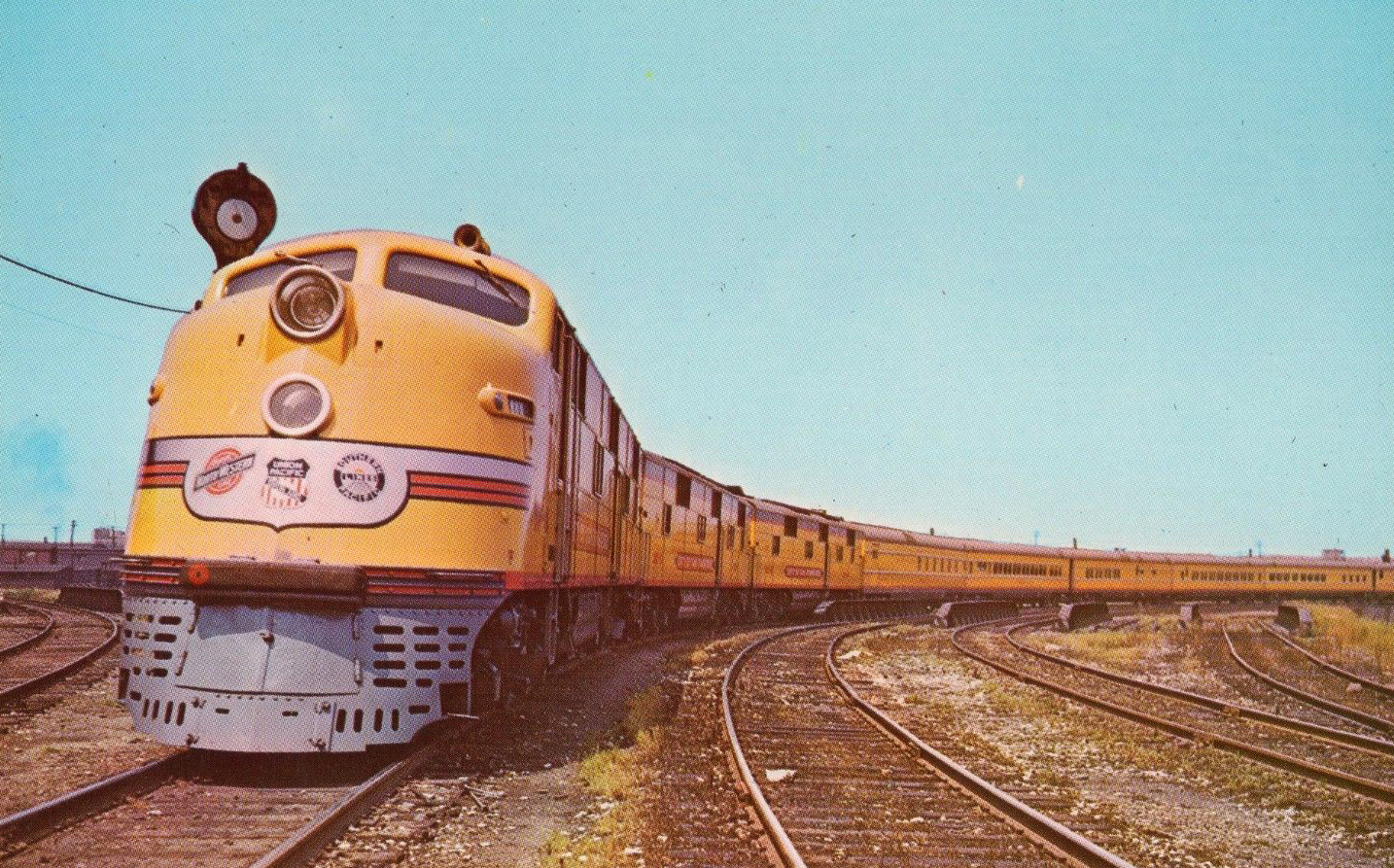 As the decade wore on, however, the C&NW began experiencing the same problems as most other railroads; declining interest from the public in favor of automobiles and airlines.

This was particularly true regarding overnight trains like the North Western Limited and in an effort to cut costs the C&NW discontinued the train during June of 1959.  By then the railroad had begun implementing widespread reductions all across its passenger network, including a 1958 move to cancel 14 money-losing trains in Wisconsin by introducing new bi-level, "gallery" cars.

This was followed by the cancellation of most of the 400 fleet during the 1960s.  In 1969 the C&NW unceremoniously dropped the 400 name altogether from its remaining trains, referring to them only as "Streamliners" after this time.  When Amtrak began service on May 1, 1971 there were only a few trains still on C&NW's timetable, none of which were retained by the national carrier.