New York's rail operations are immensely rich in history and diversity (for instance, its railroads predate the Baltimore & Ohio's chartering by a year and is only behind Pennsylvania in the most route miles prior to 1840), and continues to be a vital link in the chain today.

Outside of New York's largest city, however, one can still find numerous small operations all across the state.  The diverse history of the state's railroads is far too deep to cover in a single article.

However, hopefully it will provide a better understanding of New York's past, and present, with the iron horse and how they have come to shape the state.  Finally, be sure and view the mileage map below detailing how much trackage the state has lost since the 1920's. 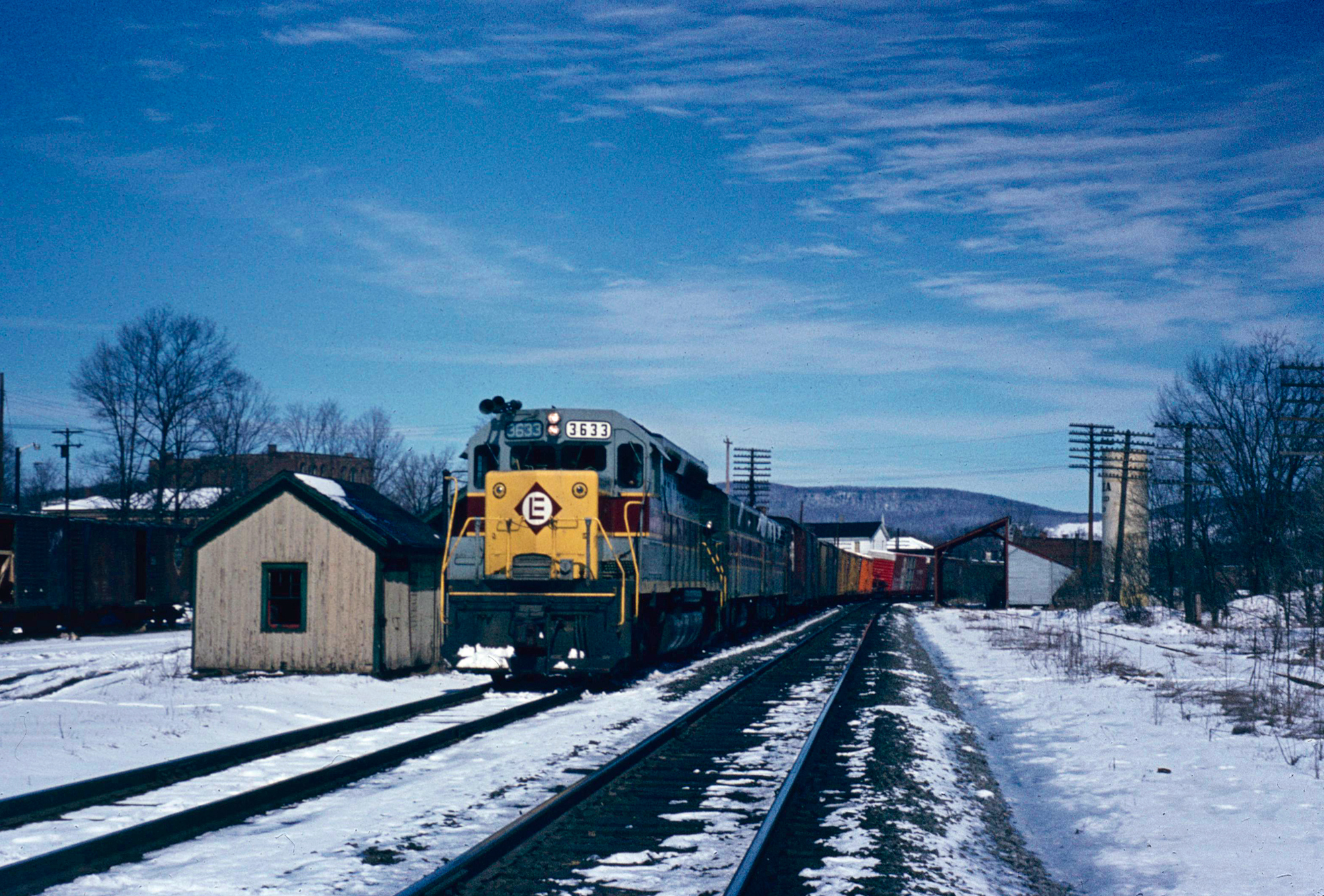 Erie Lackawanna SD45 #3633 is stopped with a westbound freight at the small depot in Deposit, New York during a crew change in March, 1970. Author's collection.

New York railroads date back to 1826 when the Mohawk & Hudson (a future subsidiary of New York Central) was chartered to build a railroad between Albany and Schenectady to connect the waterways of the Hudson and Mohawk rivers.

One of the reasons for the railroad's construction was to provide for another transportation option as the Erie Canal was not yet completed).

Interestingly, the M&H was one of the few such companies to be named solely after waterways with no city or state as part of its name (the Delaware & Hudson was another, incorporated at around the same time).

The Mohawk & Hudson was able to complete its main line in about five years, opening service to the general public on September 24, 1831 originally using horse power to pull its trains.

Following the completion of the Mohawk & Hudson, New York would be home to a entire slew of celebrated railroads by the early 20th century the most famous of which included the New York Central and Pennsylvania Railroad.

However, these two were certainly not the only railroads to operate within the state.  During the state's classic era of the mid-20th century a train enthusiast could enjoy a mecca of operations from east to west: 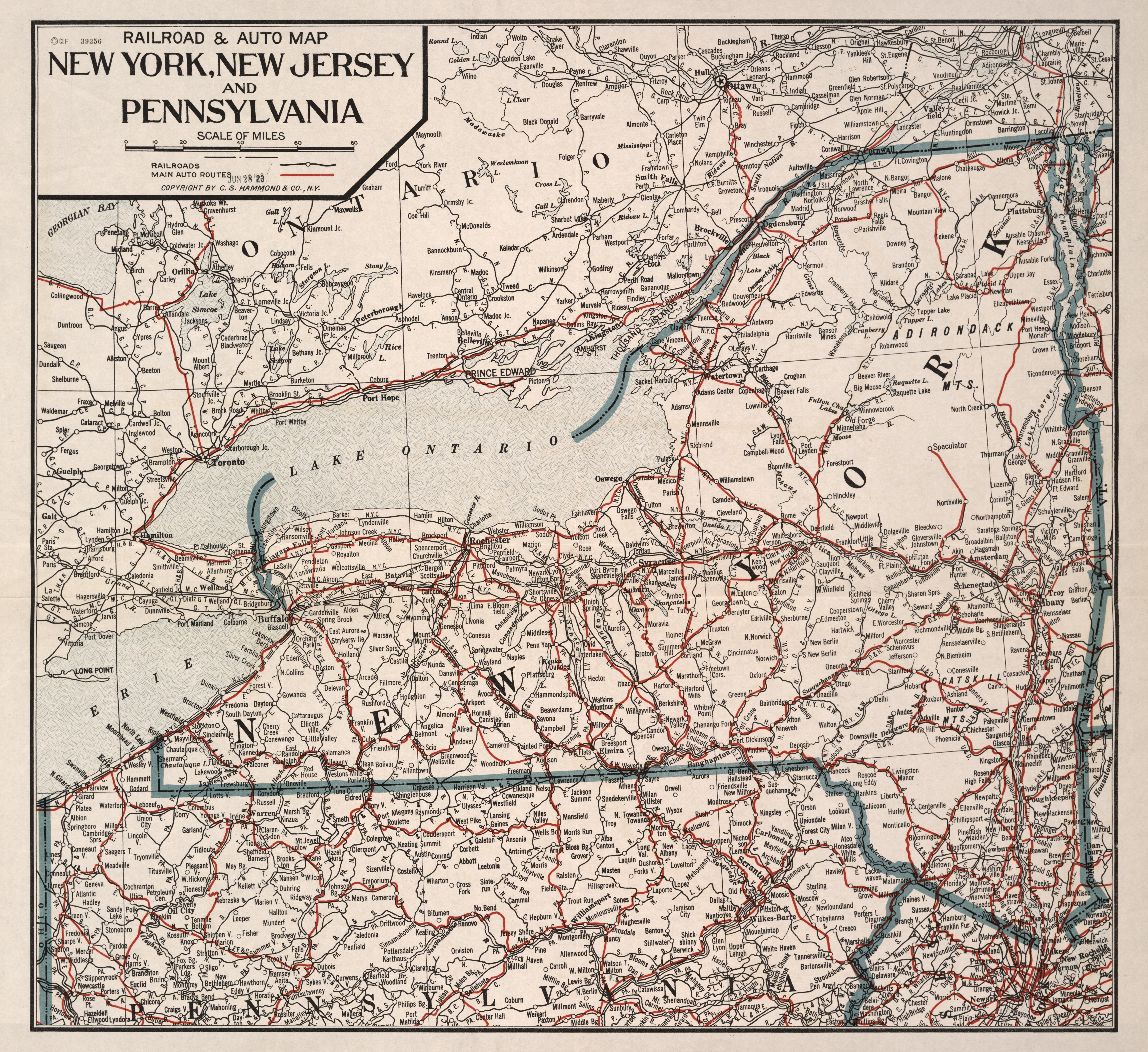 A New York railroad map from 1923 showing all the state's lines in operation at that time. Author's collection.

One of the most unique operations was Rutland's Chatham Division, a twisting and steep route that wound its way south from Bennington, Vermont to provide a connection with the New York Central at Chatham, New York.

The Rutland was always struggling financially but managed to finally open this corridor in 1901 to provide itself a direct connection into New York City via the NYC.

The railroad envisioned the route being a more direct link between New York and Montreal while also offering an outlet for its robust dairy business.

Unfortunately, as the famous Commodore Vanderbilt predicted, it was too circuitous and languished for years until its abandonment in 1953. 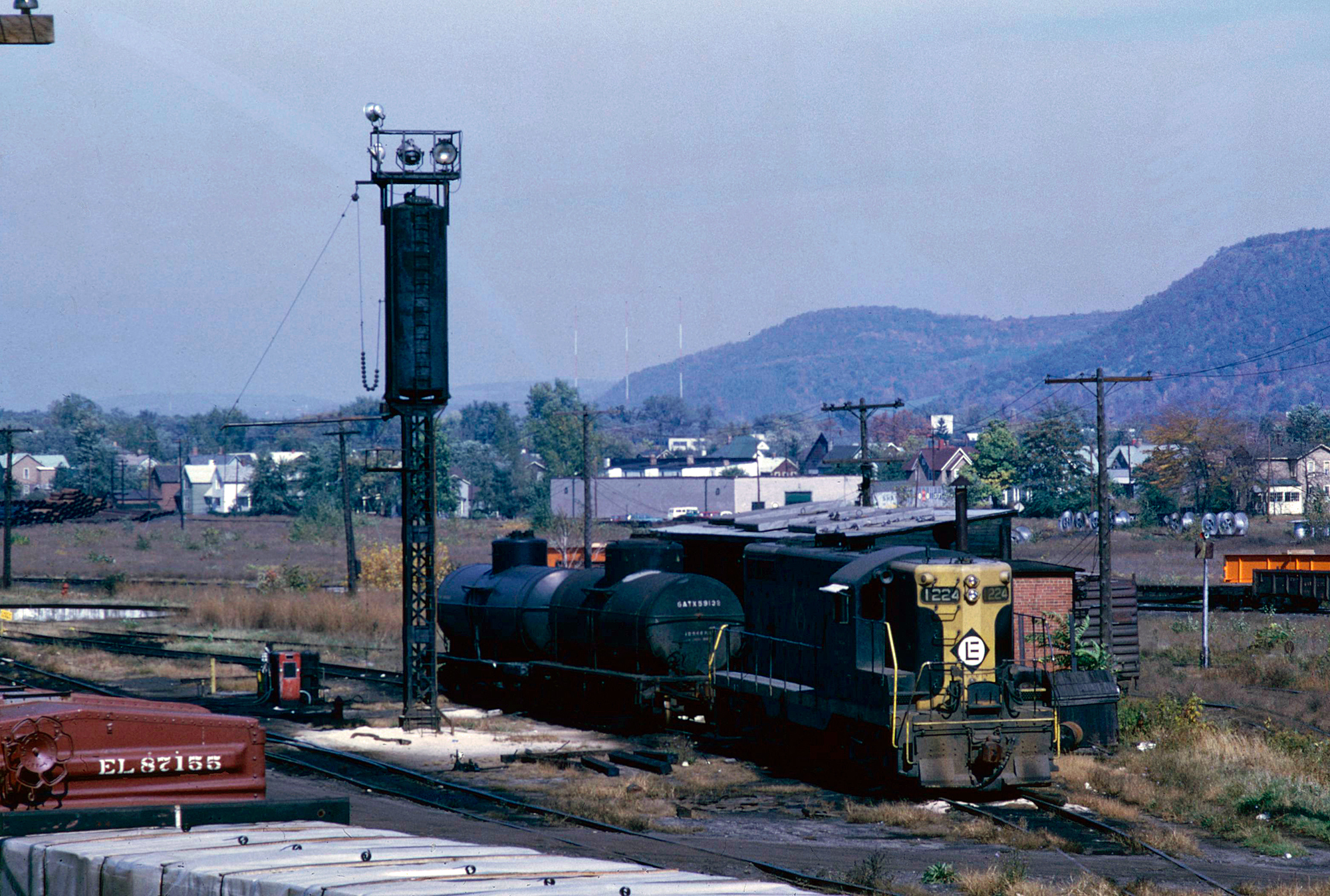 Erie Lackawanna GP7 #1224 lays over at the Bevier Street Yard in Binghamton, New York during October of 1969. American-Rails.com collection.

Today, New York is still home to considerable container traffic albeit under the CSX and Norfolk Southern banners, which move the freight between New York and Chicago.

Additionally, as mentioned above, Canadian Pacific and Canadian National both also operate lines into New York via control or ownership of former US systems. 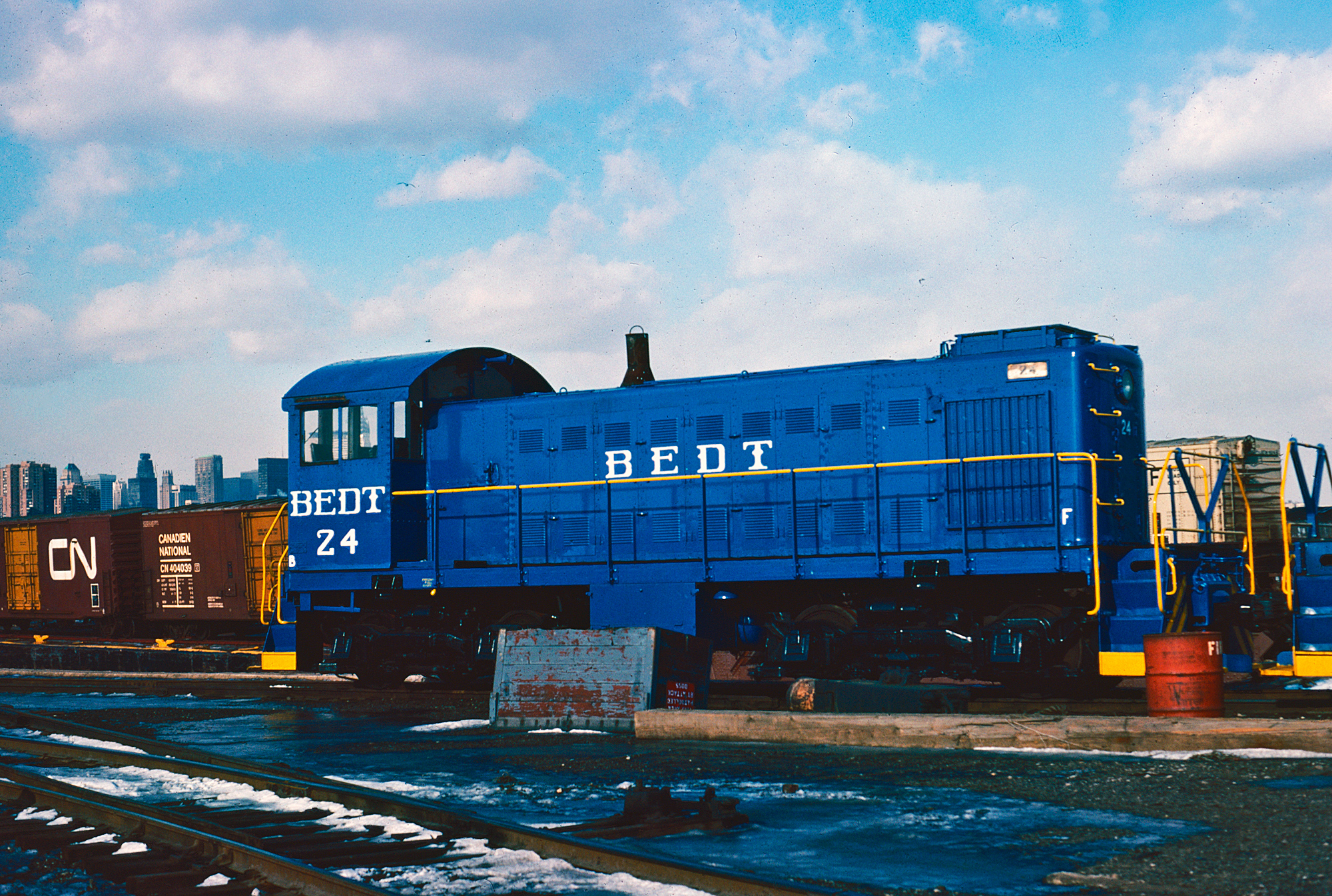 With a loss of 58% of its rail infrastructure, New York is well above the state average of between 45%-50%. This can mostly be explained by the nature of the Northeast itself, which after World War II was simply too overpopulated with railroads.

In other words, as manufacturing centers moved either to different areas of the country or overseas and as highways, automobiles, and air travel became faster and more efficient the traffic in the region could no longer support the amount of rail lines serving it.

If you enjoy exploring abandoned railroads, New York is one of the top eastern states along with Pennsylvania and New England.

New York has lost roughly 5,000 route miles since the 1920's and most of this has been removed since the 1960's.  New York boasted one of the country's earliest railroads, the Mohawk & Hudson of 1826.

After the iron horse blossomed from a local phenomenon into a unified national network, New York business leaders began pushing their railroads towards what was then the western gateway, Buffalo.

As a result, several famous lines reached the city including:

Today, most of the LV's New York-Buffalo main line is abandoned along with another notable, the New York, Ontario & Western.

The NYO&W operated a circuitous route from Weehawken to Oswego on Lake Ontario.  It was perhaps described best by A.V. Neusser and C.E. Pearce entitled, "The NYO&W," from the August 1942 issue of Trains Magazine that stated:

The railroad shutdown in 1957 with most of its main line and branches subsequently abandoned.

You can also find large sections of the NYC, Pennsylvania pulled up across the state along with parts of the Baltimore & Ohio (Buffalo & Susquehanna and Buffalo, Rochester & Pittsburgh), Erie, and DL&W.

In the east there are sections of the Delaware & Hudson removed, notably a winding coal branch running north from Saratoga Springs

For the adventurous be sure and look up the Rutland's old Chatham Division that once reached Chatham (abandoned in 1953) and New York's 1,129 miles of former electrified interurbans (largely abandoned by 1933).

For more in-depth information about New York's rail mileage over the years please refer to the chart below.   As for passenger and commuter operations, well, just take your pick!

While famous names like the 20th Century Limited and Broadway Limited are long gone, Amtrak continues to serve the Northeast Corridor (which runs directly through NYC and the southeastern corner of New York) and operate several passenger trains in, around and through New York State. 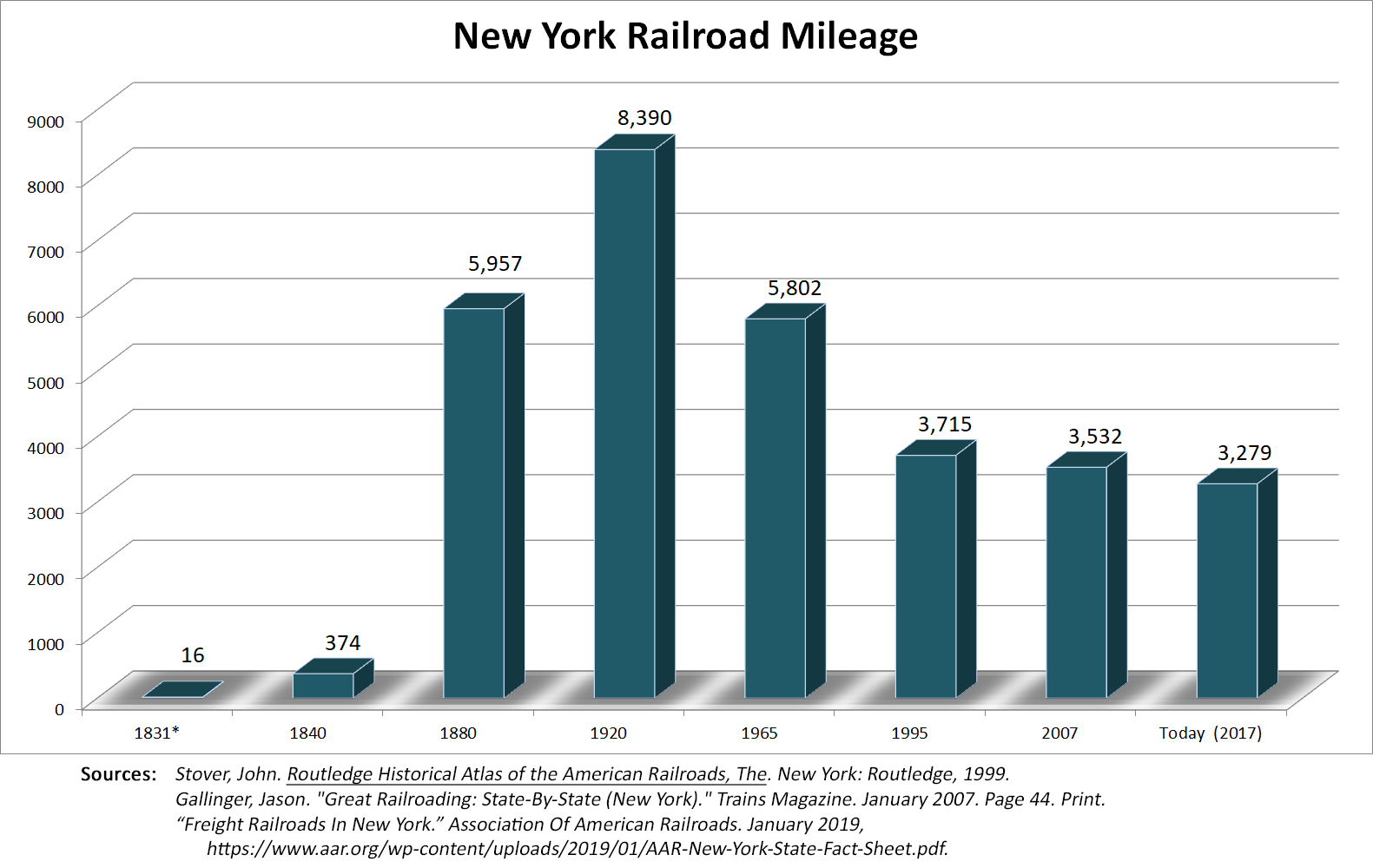 * New York's first operating railroad was the notable Mohawk & Hudson.  It opened 16 miles between Albany, along the Hudson River, to Schenectady located along the Mohawk River.  It eventually became a part of the modern New York Central System.

Some of these services include the Lake Shore Limited between Boston-NYC-Chicago, Empire Service between NYC-Albany-Niagara, the Maple Leaf to Toronto, the Adirondack to Montreal, and the Ethan Allen Express to Rutland, Vermont.

Aside from Amtrak there is the NJ Transit, PATH and MTA services, the latter two of which are the country's busiest commuter/passenger and subway railroads.

If you thought that New York included plenty of freight and passenger trains, you should just see the excursion trains and railroad museums!

New York is home to nearly two-dozen museums or tourist lines, the latter of which is operated by some of the state's short line freight carriers as well.

There are far too many to name here but some include the Catskill Mountain Railroad, New York Museum of Transportation and the Empire State Railway Museum. 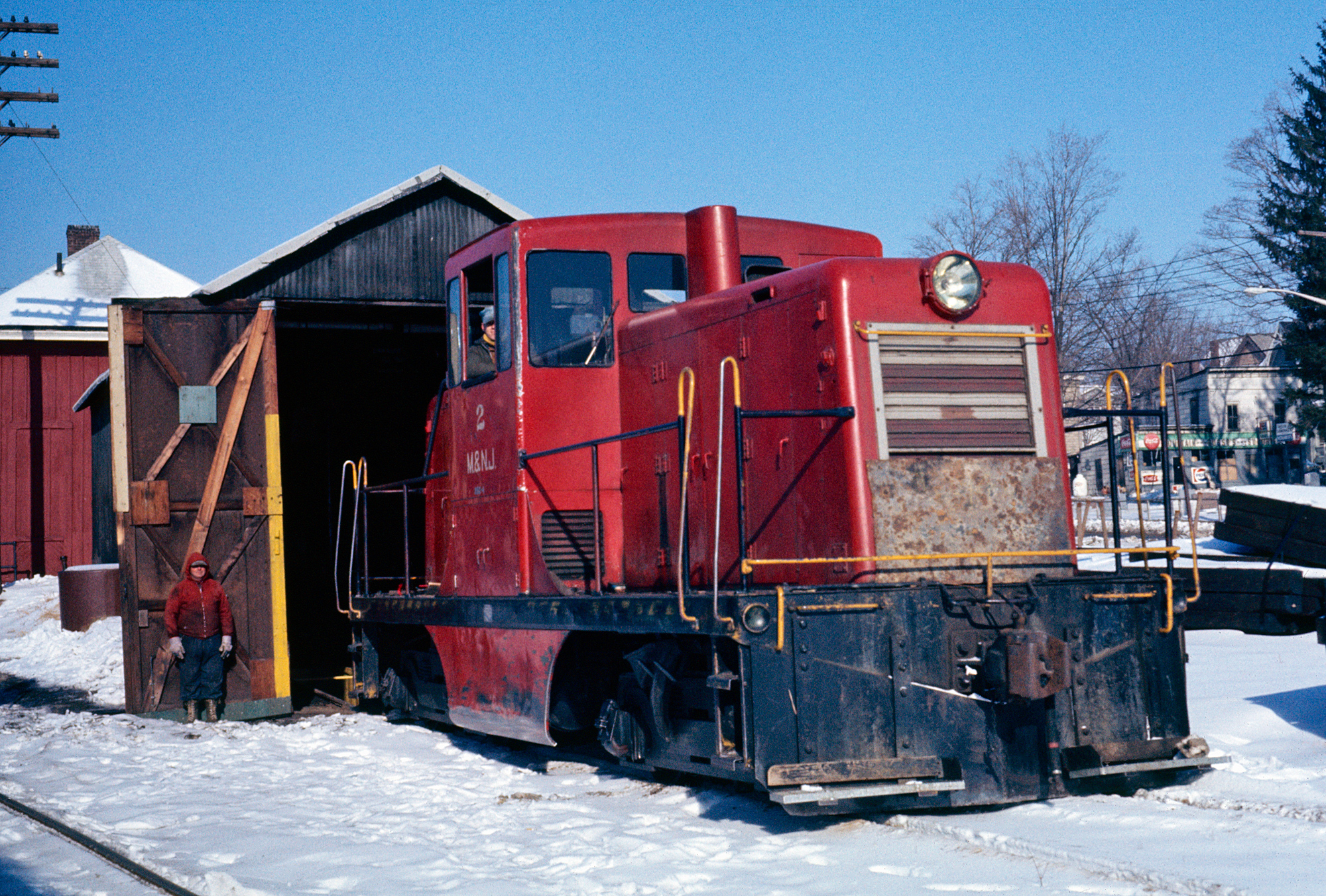 Other interesting features of New York includes the American Locomotive Company's famous Schenectady Works, NYC's regal Grand Central Terminal and the PRR's late Penn Station (the underground station still remains but the above building was demolished in the late 1960s).

All in all the state offers about any interest you may have in the hobby of railfanning from history to main line freight railroading.

And, don't expect to see everything in one visit because that won't happen! A planned trip to focus on one or a few things you're interested in is probably the best route with future trips to see more at a later time.

In any event, with so much to see and do, you shouldn't have any trouble having a wonderful and memorable time!