Official Guide Of The Railways In PDF

The Official Guide Of The Railways was once the premier source for one traveling by train.  The publication, released each month during its height, was first produced by the Edward Vernon in 1868.

In its most recognized form the Guide was published by the National Railway Publication Company of New York.

The publication included every common-carrier railroad in operation, whether they provided passenger service or not.

For larger systems, a detailed map was included while smaller short lines typically only published the company's officers and route length.

There was a cost to be in the Official Guide and smaller companies simply did not have the means to include maps, timetables, and advertising within the publication. 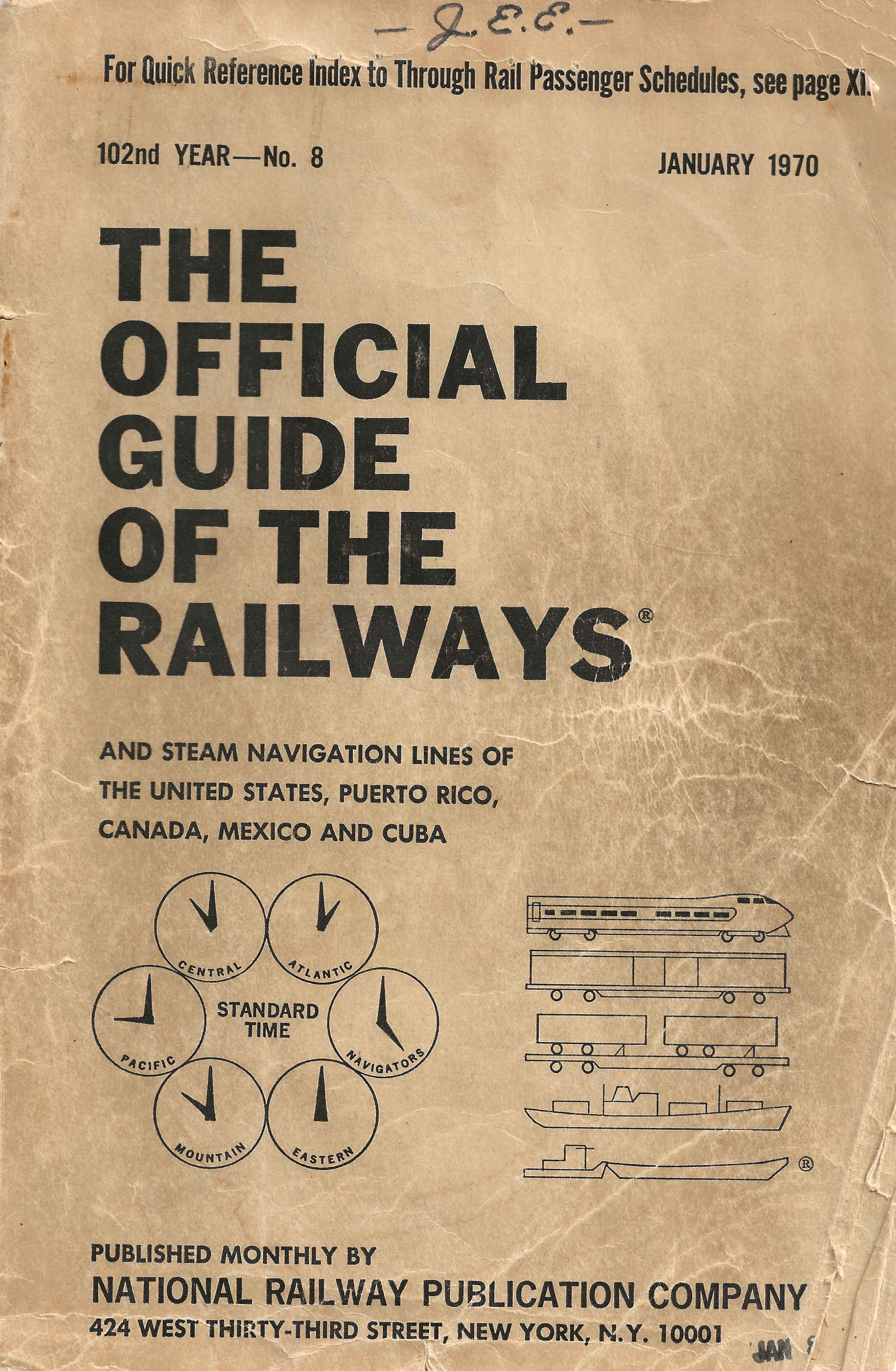 The front cover of the Official Guide Of The Railway's January, 1970 edition. By this era the publication was of significantly less importance to the public. Author's collection.

Many may not realize the modern Official Guide actually predates the 1860's.  As far back as 1848, "Appleton's Railroad And Steamboat Companion: Being a Travellers' Guide Through The United States Of America, Canada, New Brunswick, And Novia Scotia," was published by the D. Appleton & Company of New York (edited by W. Williams).

While it did not include timetables, it did feature every railroad then in service with detailed map illustrations and associated fare costs.  It it is included here for research purposes.

The Official Guide Of The Railwayswas born through a need to provide an efficient source of scheduled passenger trains as rail service expanded across the country during the 1860's.

While the Civil War created uncertainty and tension throughout the United States the decade also witnessed the Transcontinental Railroad's completion in May, 1869.  This event not only linked the nation from coast-to-coast but also led to expanded rail service.

As it was under construction theOfficial Guide Of The Railwayswas first published in June, 1868 as theTravelers Official Railway Guide Of The United States And Canada.

It was produced and edited by Edward Vernon (a former ticket agent of the St. Louis, Alton & Terre Haute Railroad) and H.H. Wheeler.  The original publication was 278 pages in length, not including the station index.

As you will see in the included PDF's of these guides, they were more than just railroads and timetables.  You could also find steamship schedules and, in later years, even air line schedules. 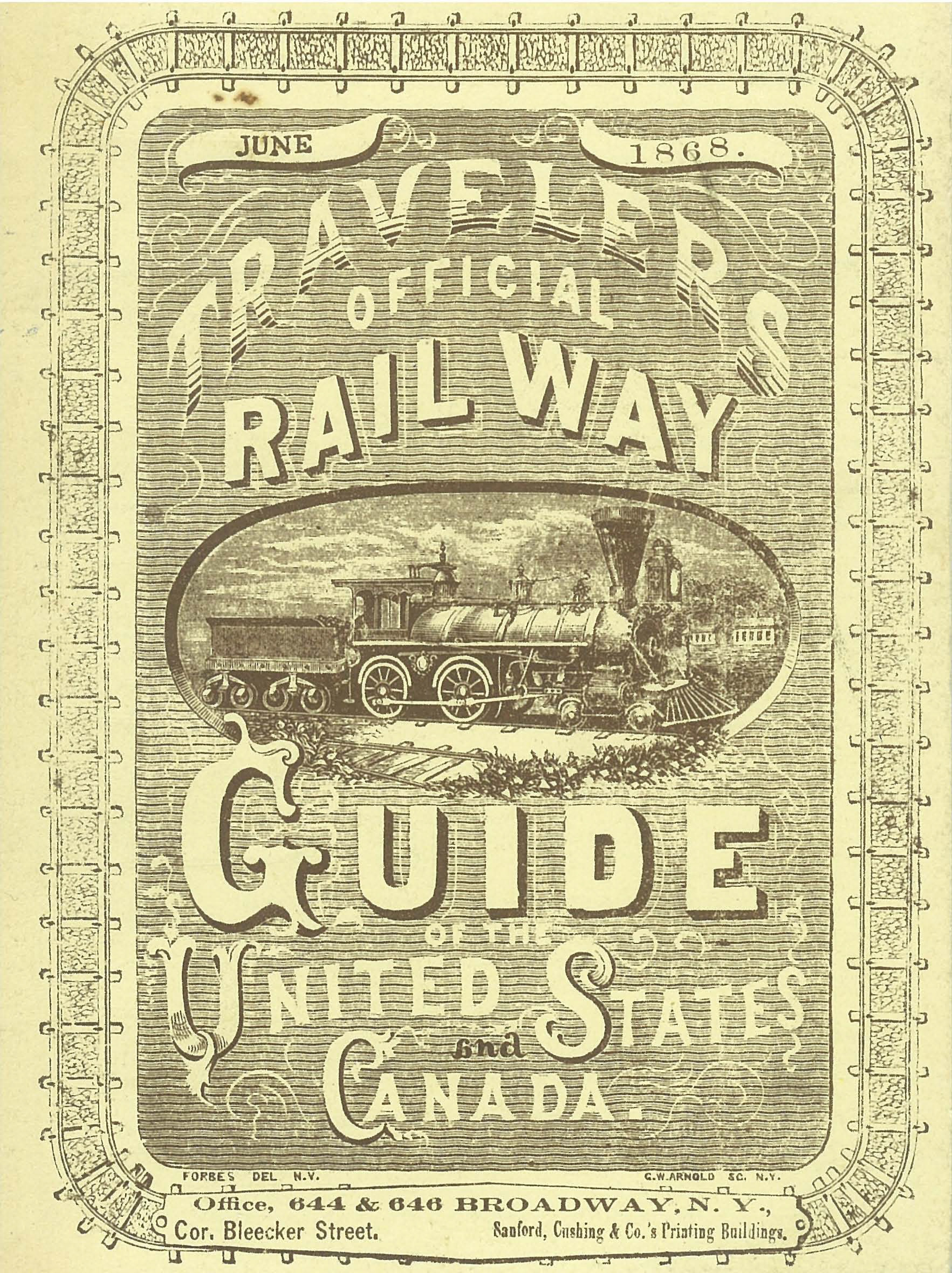 The front cover of the original "Travelers Official Railway Guide Of The United States And Canada" published in June, 1868. Author's collection.

Since timetables changed regularly the publications were produced monthly.  In the coming decades it would grow significantly as rail service, corridors, and companies continued to expand rapidly.

It is said the "Golden Age" of rail travel occurred from roughly the start of the 20th century until around 1920.   This is reflected in the Official Guide from January, 1910 in which there were 1,159 pages, excluding the station index, which was an additional 216 pages.

Following the start of Amtrak in May, 1971 the need for the Official Guide greatly diminished and, among the public, essentially ended for all intents and purposes.  With private rail service having ceased the Guide's need did as well.

The Official Guide published more than just U.S. railroads; it also included Canadian lines, and even Mexican carriers.  It is somewhat fascinating to realize that this single publication offered the traveling public concise information regarding how to reach virtually any point across North America.

In a way it was the modern-day version of GPS.  As rail travel diminished in availability after World War I, larger railroads continued to feature every line.  However, any corridor that had ceased passenger service was listed as "Freight Service Only."

At the time, most of the general public thought little of these new designations.  However, as time passed they have become invaluable historical tools understanding which towns a railroad served along a particular branch, the length of that particular corridor, and mile posts. 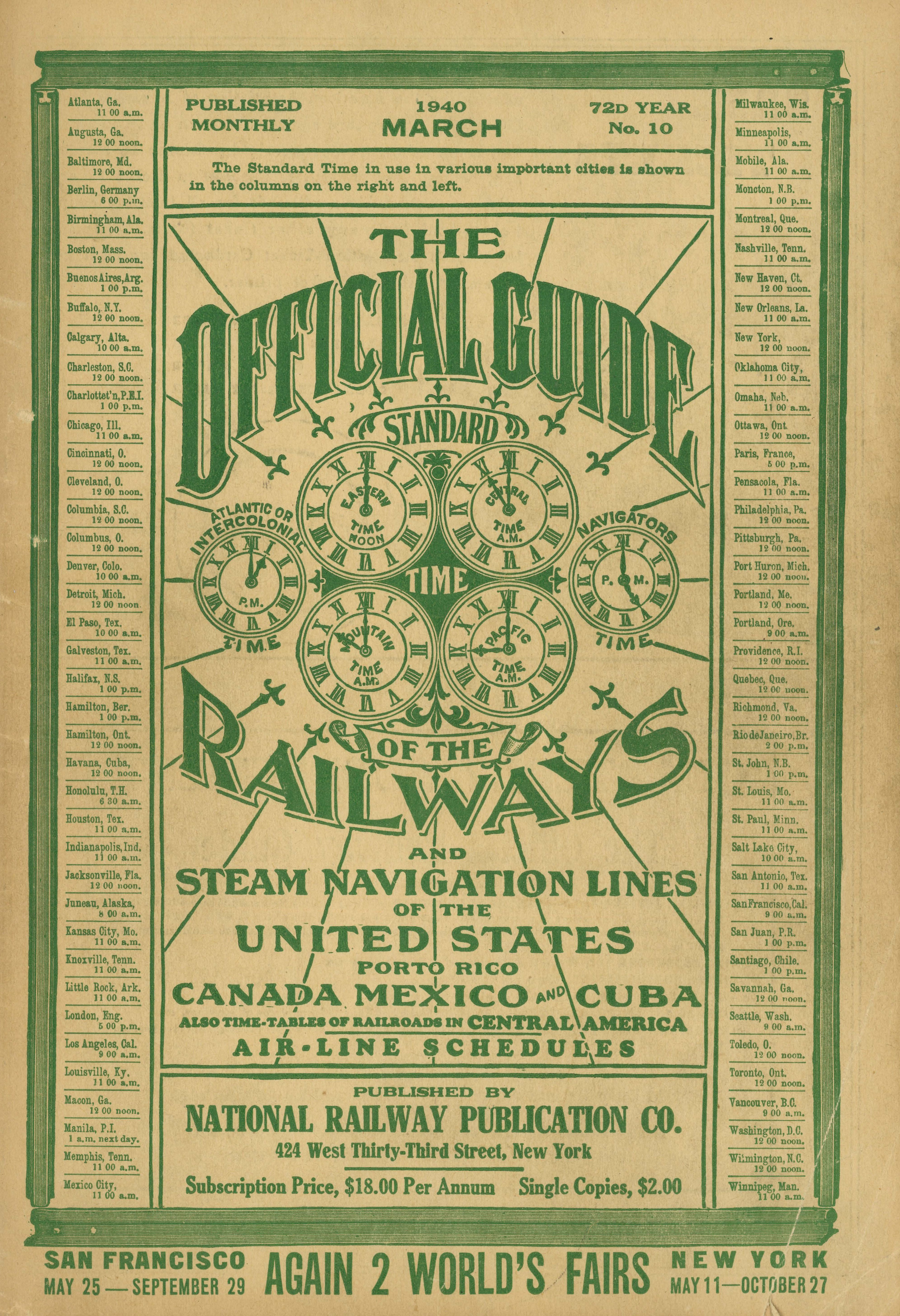 The "Official Guide Of the Railways" front cover from March, 1940. Author's collection.

For the purposes of this article, PDF's of historic Official Guide Of The Railways will be featured for research purposes.  They are available here free of use.

If you are interested in the contemporary Official Guide please visit the Rail Resource directory by clicking here.  The modern version is largely targeted towards professionals and those who work in the industry.

It primarily features routing and shipping information for freight services only; it includes no information concerning passenger trains or rail travel.  You will need to visit Amtrak's website for long-distance rail travel scheduling, costs, and accommodations.