Oklahoma Railroads In "The Sooner State"

Oklahoma is one of those unique places in the country that offer a mix of mountainous and flat, wide open operations.

The eastern half of the state is somewhat mountainous and difficult while the western half is your stereotypical scene of America's central plains; flat and open country with farmland and grain elevators dotting the landscape.

With Oklahoma being situated roughly in the middle of the country it was, historically, home to several well known granger and western railroads looking to tap the state's agricultural regions.

While today, the state has lost about half of its original rail infrastructure it is still an important state with the Union Pacific, Kansas City Southern Railway, and BNSF Railway all having important lines running directly through Sooner country. Additionally, Oklahoma is still served by several smaller railroads. 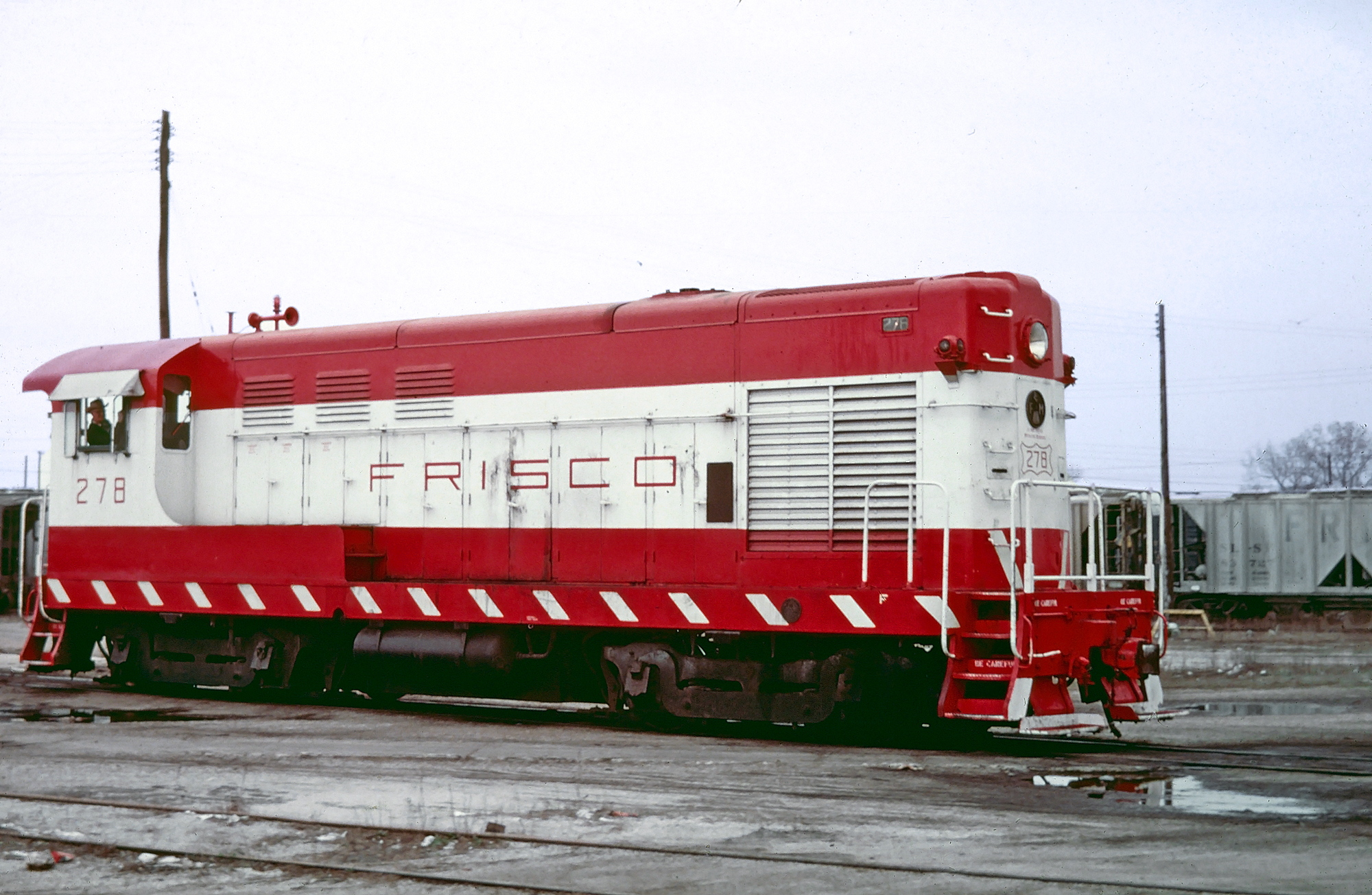 Oklahoma railroads date back to 1871 (36 years before Oklahoma officially became a state) when the Missouri-Kansas-Texas Railroad, long known in late years as The Katy, entered Indian Territory (as it was then known) heading south to connect to New Orleans.

The railroad dated back to the Union Pacific Railway of 1865, intended to connect Junction City, Kansas with New Orleans.

Because of its location in the southern Midwest, its bordering of Texas, and gateway to the Southwest, railroads blossomed in Oklahoma.

Oklahoma's initial importance to railroads was through the cattle trade.  Then known as Indian Territory, it sat in the heart of the Chisolm Trail where cattle from Texas were driven to Abilene, Kansas (rail head of the Kansas Pacific Railway) and on to Kansas City.

As railroads spread westward through the latter 19th century, the main lines previously mentioned were constructed.

In addition, thousands of miles of secondary lines were built to serve Oklahoma's cattle industry and the general farming trade.

It is predominantly these branches which have been removed; even by the 1960's, Oklahoma had endured considerable rail loss.  At the time, already 1,000 miles had been removed.

This accelerated over the next few decades when another 2,000+ miles were pulled up.   Many of the lines removed were components of Santa Fe's vast network while others were part of the Katy and Frisco.

In addition, while Missouri Pacific did not have the presence here of some railroads (like the Santa Fe, Frisco, and Katy), many of the lines it did operate have since been removed:

Finally, Rock Island's fabled Choctaw Route which cut across Oklahoma to the Texas Panhandle and Tucumcari, New Mexico has been largely removed.

It was the only the through route linking Memphis with the Southwest.  After the Rock's 1980 liquidation, the trustee and a potential buyer could not agree upon a price and the line was ultimately abandoned.

The railroad changed its name as the Missouri, Kansas & Texas Railroad in 1870 to better reflect its goals as the company would never reach New Orleans. It became part of Jay Gould's empire in 1880 through the Missouri Pacific system.

However, it would connect St. Louis with Kansas, Oklahoma, and much of Texas.  Following the Katy, Oklahoma would find itself home to several classic lines by the early 20th century.

Today, Oklahoma is predominantly made up of the BNSF, Union Pacific and Kansas City Southern Railway. 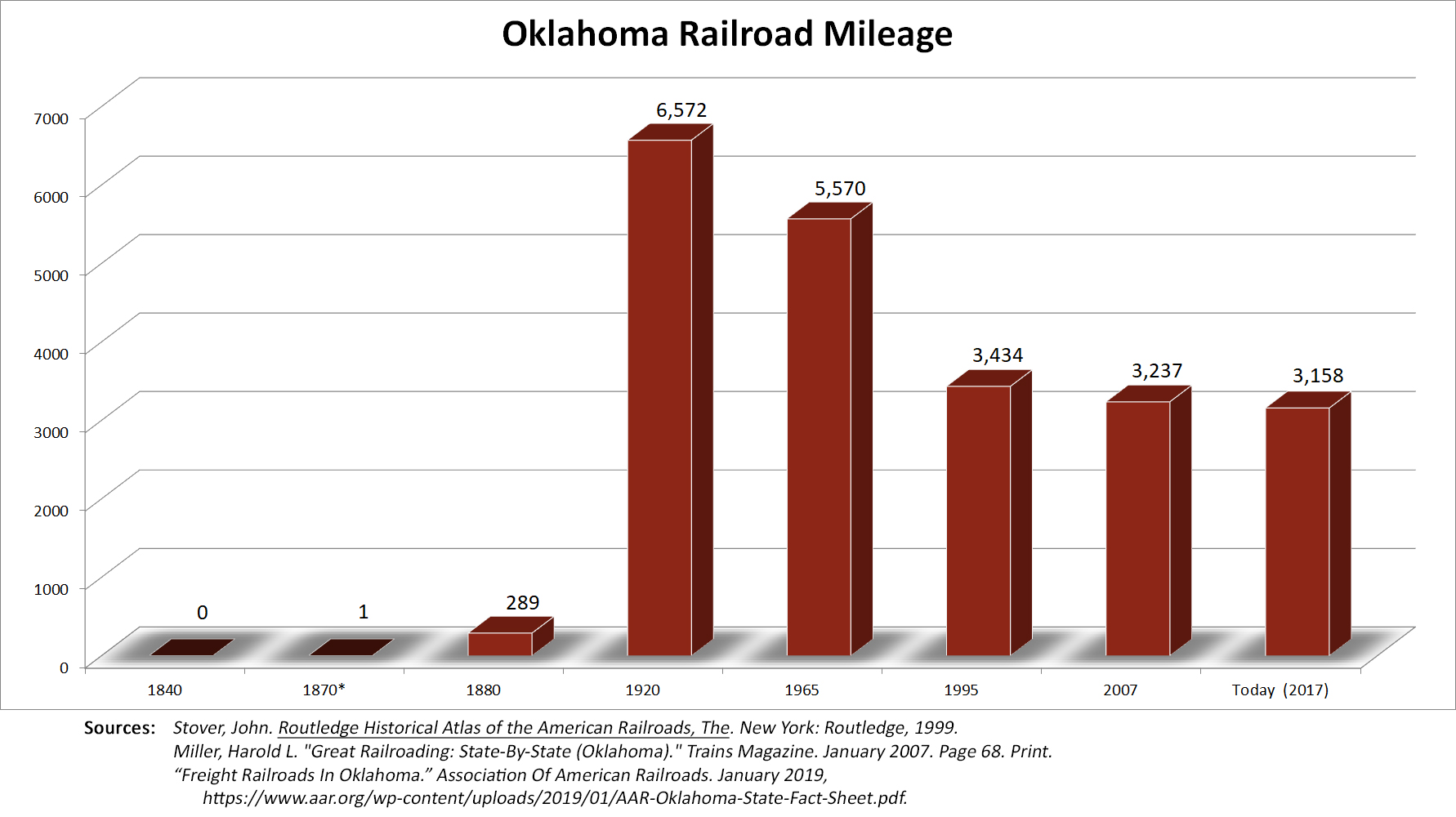 The MK&T (renamed as such on May 23, 1870 from what was originally known as the Union Pacific Railway, Southern Branch, formed in February, 1865) was tasked with connecting U.S. installations by rail, notably Fort Riley, Fort Leavenworth, and Fort Gibson.  If it could be the first to do so the government would award significant land grants to the winner.

The MK&T was declared the winner in 1870 when it was determined rival Missouri River, Fort Scott & Gulf had entered the wrong Indian lines. At the time the MK&T operated about 184 miles from Junction City to Chetopa, Kansas (182 miles), as well as a few miles south of that point into Indian Territory (Oklahoma).

According to the booklet, "The Opening Of The Great Southwest: A Brief History Of The Origin And Development Of The Missouri-Kansas-Texas Railroad" (released by MKT's publicity department in 1970), track crews arrived at the Arkansas River on July 4, 1871 and then reached Denison, Texas and the Red River the following summer.

While the modern MKT did not blossom into a formidable Midwestern carrier it was nevertheless a respectable one serving such points as St. Louis, Kansas City, Oklahoma City, Dallas, Fort Worth, San Antonio, and Galveston.  It was acquired by Union Pacific in 1988.

Oklahoma's railroad network currently consists of over 3,100 miles of trackage. This total is about 49% of the state's peak mileage, that reached nearly 6,600 miles in 1920.

Most of Oklahoma's losses since that time have mostly been due to the abandonments of unprofitable secondary and branch lines centered around farming and agriculture. 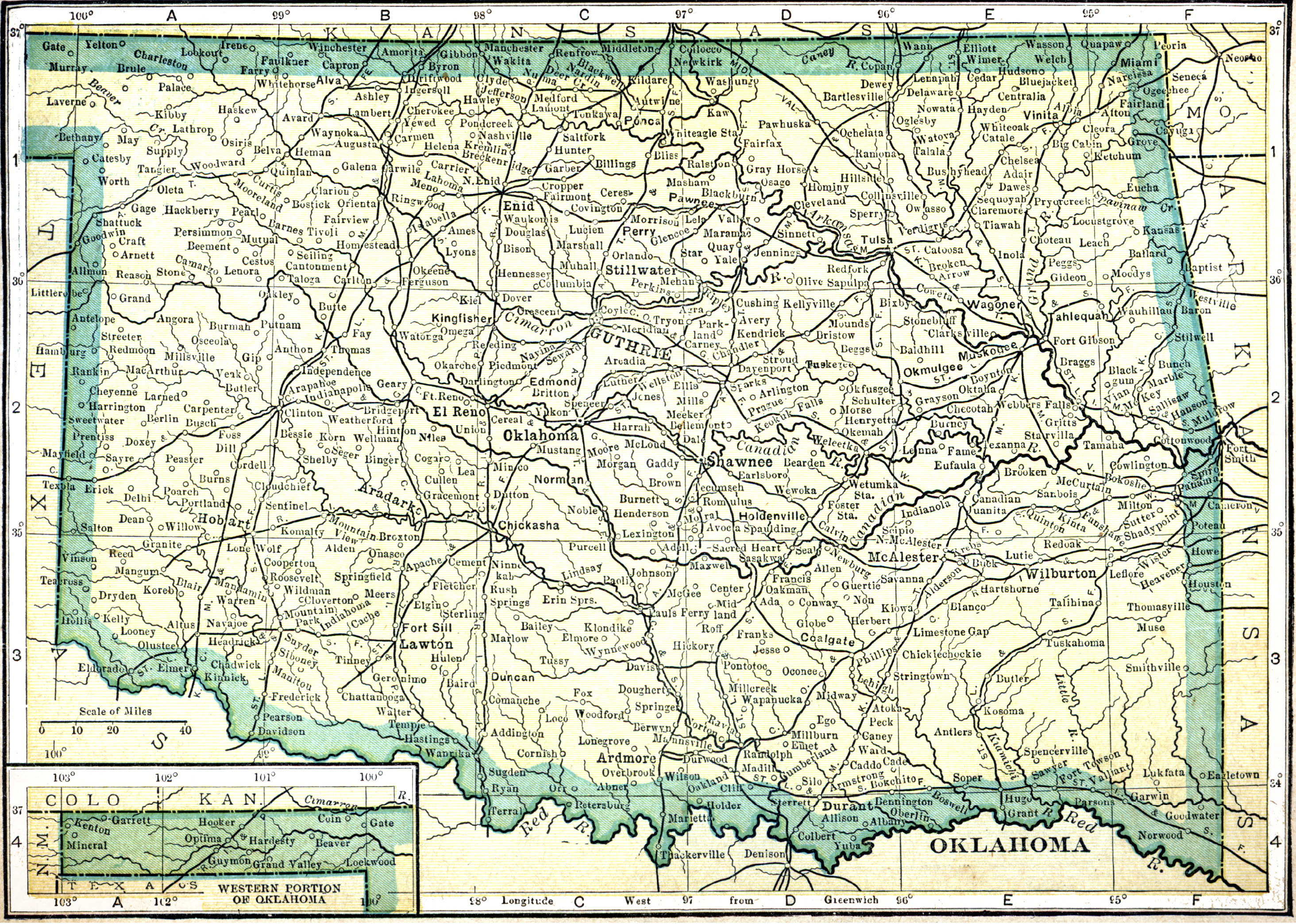 For more information about Oklahoma, in terms of its route mileage over the years please have a look at the chart above.

In any event, if you tire of watching the live freight railroading then be sure and visit one of Oklahoma's many museums or tourist lines.

Unfortunately, the state does not have a lot of museums to choose from although there are a few including the Cimarron Valley Railroad Museum Frisco Depot Museum, Oklahoma Railway Museum, Railroad Museum of Oklahoma, Waynoka Air-Rail Museum, and Yukon's Best Railroad Museum.

In terms of Oklahoma's passenger rail operations it has had a slight resurgence since 1999 when Amtrak began operating the Heartland Flyer that connects Oklahoma City to Fort Worth.