Robert Stephenson's Planet was an early steam locomotive that carried a 2-2-0 wheel arrangement.

The Planet was somewhat unique in that it's the first known to employ cylinders inside the frame, a feature that became somewhat popular at the time it was built in the early 1830s but was not used in many later designs.

Additionally, while several 2-2-0 were manufactured for British railways only a few were used in the United States (of particular note was Peter Cooper's Tom Thumb), and these were primarily saddletank versions used in light duty or switcher applications.

Unfortunately, the original Planet was not preserved although a replica was built in the early 1990s and now resides on the grounds of Manchester's Museum Of Science And Industry where the little locomotive even offers rides to the public. Originally from Wylam, Northumberland, England, George Stephenson (and son Robert were the pioneers of early railroad design) 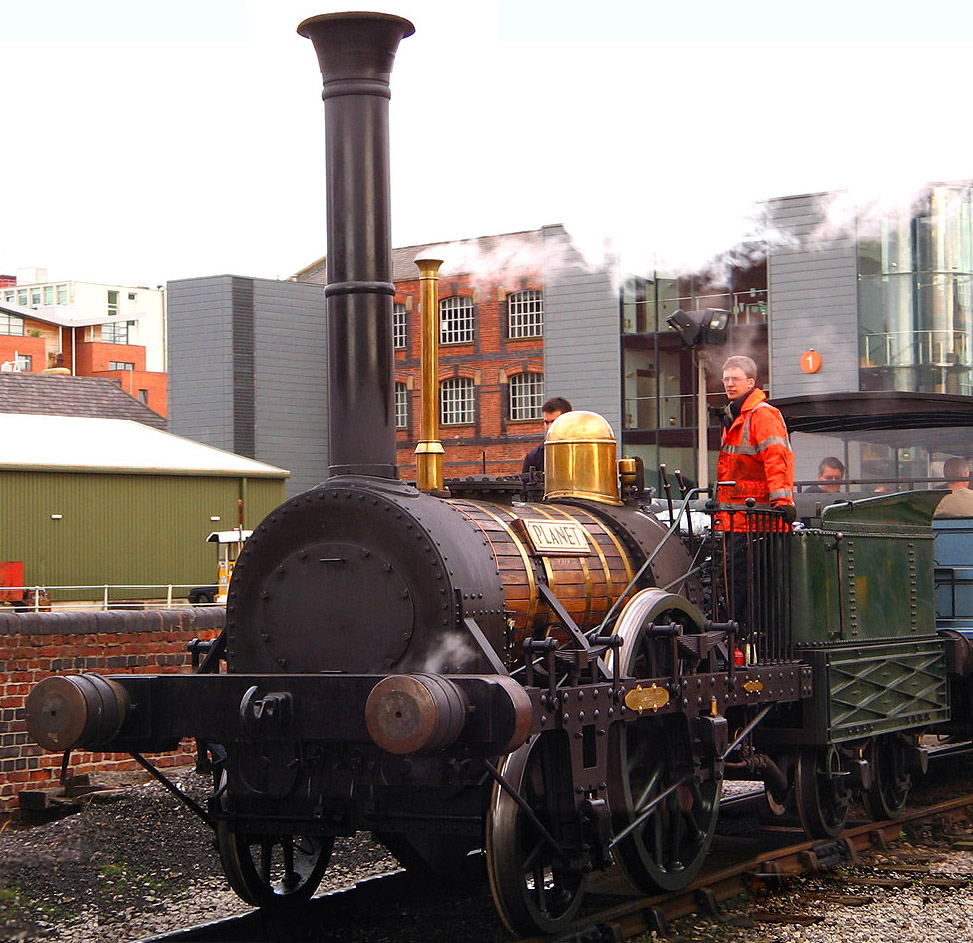 The replica of Stephenson's Planet built by the Friends Of The Museum Of Science And Industry and now on display at the grounds in Manchester, England.

They developed one of the first, commercially successful steam locomotives, and many of their early orders were actually for recently established operations in America.

Both men were mechanical and civil engineers with father, George, first experimenting with steam locomotive technology as early as 1814 (the first steam locomotive is credited to Richard Trevithick and Andrew Vivian, which built a small experimental design in 1804 for the Penydarren tramway in Wales).

His efforts proved successful and from that point his business really began to take off.  In 1820 he was hired to survey the Hetton colliery railway and a year later surveyed the Stockton & Darlington Railway with help of son, Robert.

Throughout the 1820s the duo was increasingly called upon for their expertise with either surveying or locomotive building. 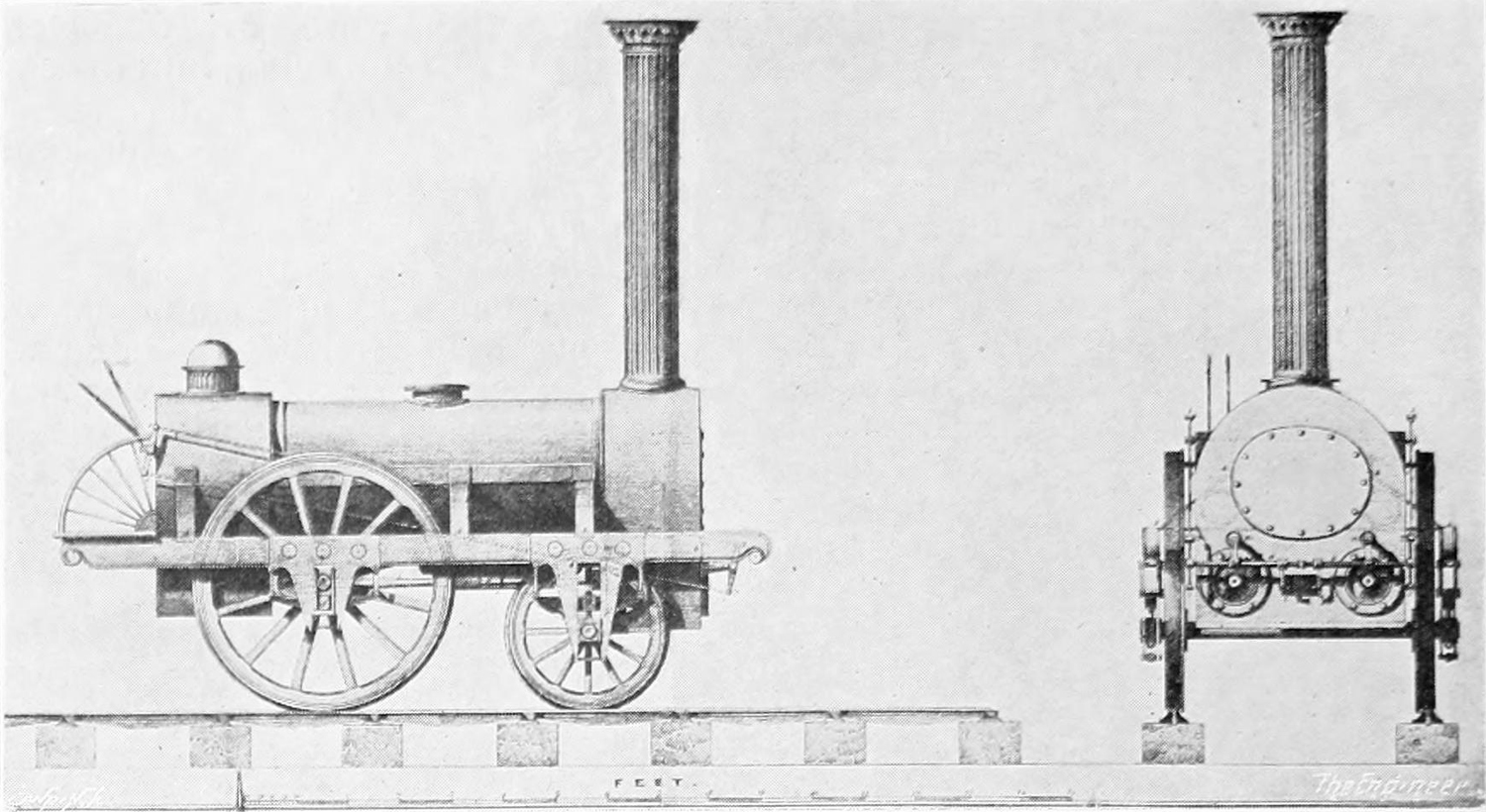 For instance, in 1828 they received a contract to build a locomotive (the Stourbridge Lion) for the Delaware & Hudson Canal Company of the United States and in 1829 surveyed the Liverpool & Manchester Railway (L&MR).

It was after October of that year that the two men's fame truly blossomed.  They entered their 0-2-2 Rocket into the Rainhill Trials to determine which company would manufacture the locomotives for the L&MR.

The Rocket proved to be the winning entry despite some issues with ride quality due to its angled cylinders being placed up high along the boiler.

To remedy this problem and allow for much better fuel economy it was suggested by Richard Trevithick himself that the builders place their cylinders inside the frame and construct a wooden jacket (otherwise known as a sandwich frame) around the outside of the boiler and driving wheels. 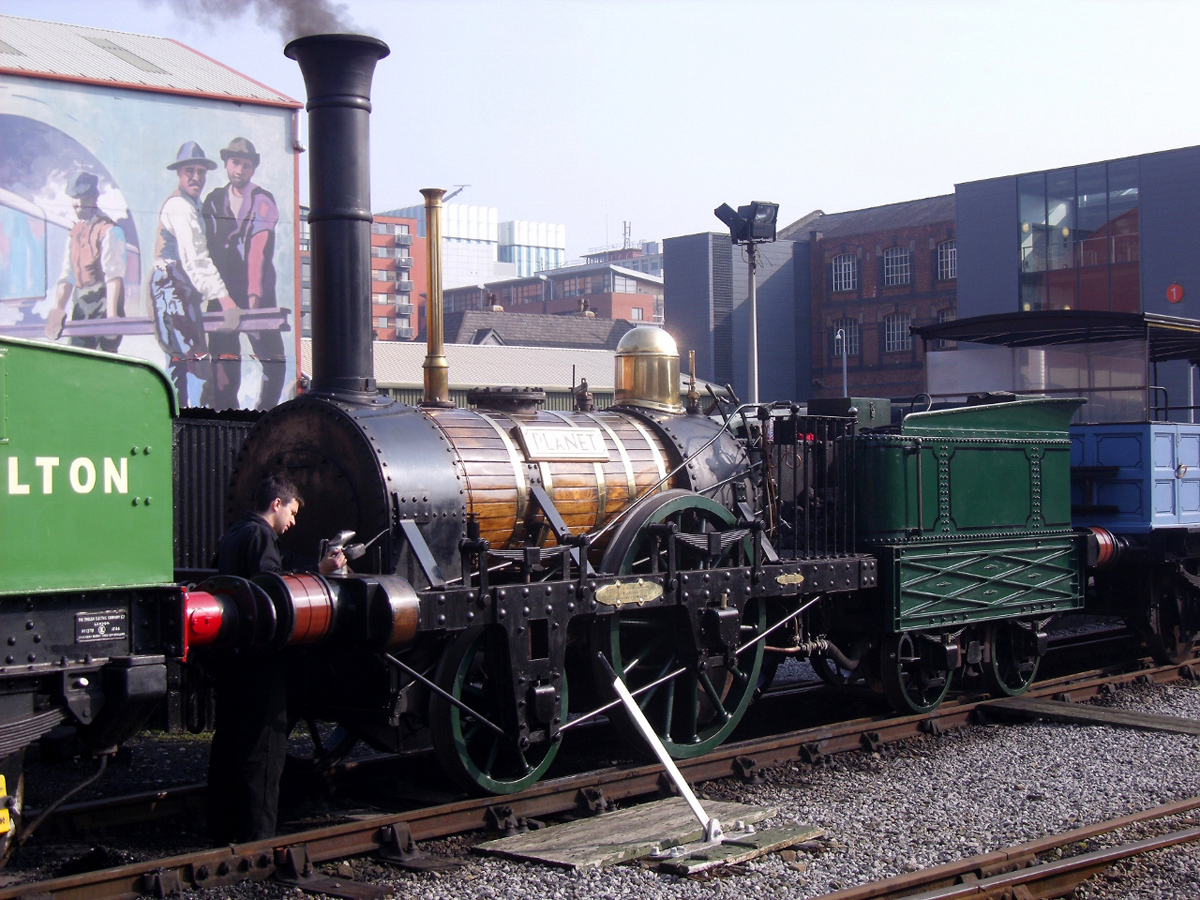 Another view of the replica "Planet." Peter Broster photo.

This, however, caused a slight modification to the design that deviated from the Rocket.  Stephenson's Planet would instead utilize a 2-2-0 wheel arrangement while still carrying many of the other features of the Rocket such as a horizontal boiler, vertical stack, and trailing tender/carriage.

The L&MR liked the new design and wound up with eighteen examples in all (numbered as Planet #9, Planet #10, and so forth).

Interestingly, several other early English railroads operated similar 2-2-0 designs including the London & Greenwich Railway and London & Birmingham Railway (which rostered quite a fleet like the L&MR) as well as the Dublin & Kingstown Railway of Ireland. 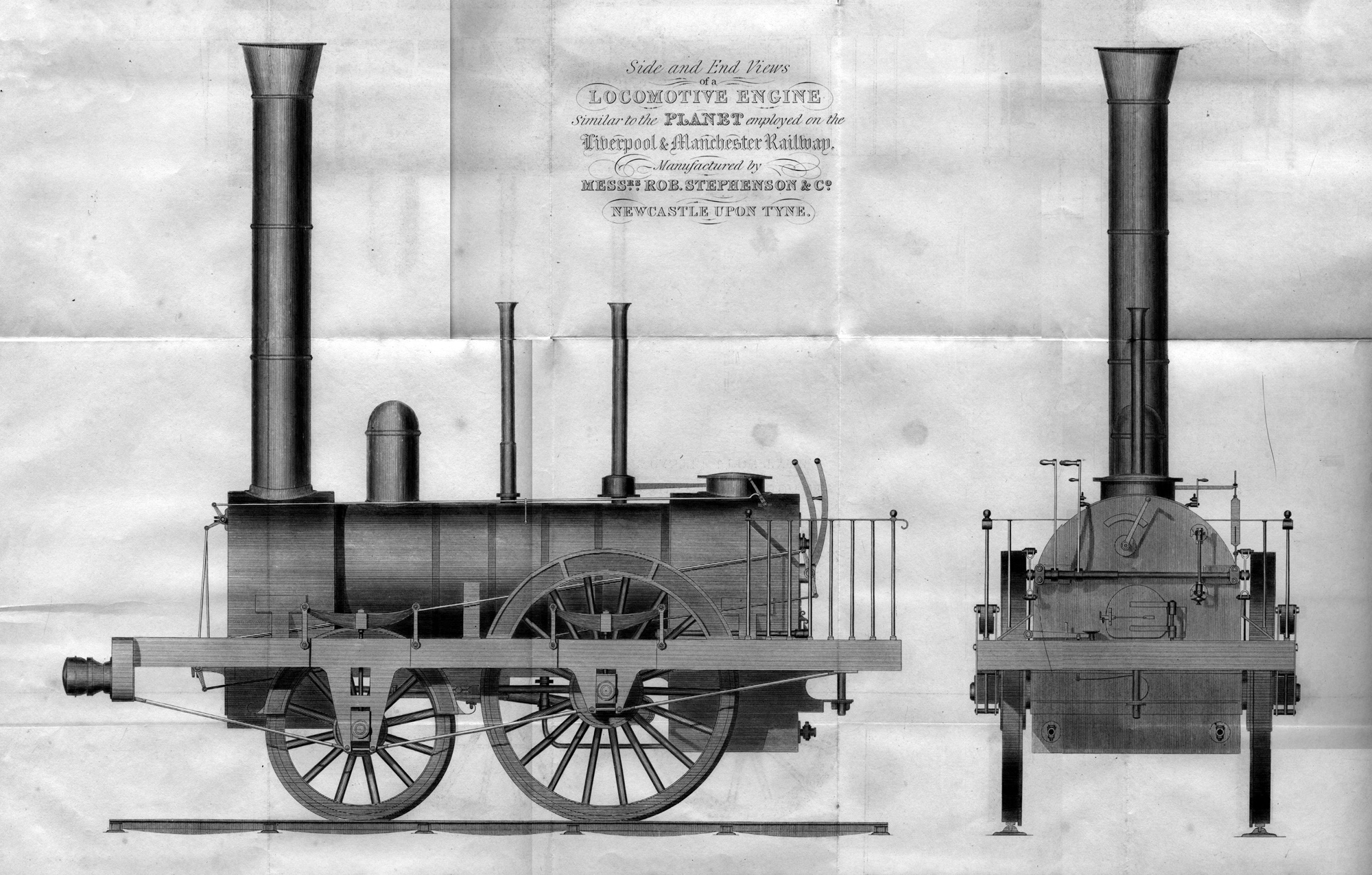 During the time the Planet was designed railroads in the United States were in their infancy and only operated a few scattered miles of track between South Carolina and New England.

The only steam locomotives in use at that time had been shipped over from England although American-made designs were in the works, such as Peter Cooper's Tom Thumb.

The 2-2-0 design, which featured a vertical boiler, was officially tested on the Baltimore & Ohio on August 28, 1830.  While it proved to be a successful alternative to the horse and other examples were put into use most American lines would not operate the 2-2-0.

Instead, a wide range of wheel arrangements found use in the States until the successful and mass-produced 4-4-0 American was developed in the late 1830s.

This design is often credited with "taming the West" and proved to be the preferred wheel arrangement throughout much of the 19th century.

In any event, those 2-2-0s that were operated in the United States included the Boston & Lowell (which used true 2-2-0s built by the Lowell Manufacturing Company in the late 1830s, five in all) and the Grand Trunk Railway (which operated a unique 2-2-0T+4).

The Susquehanna Coal Company also created a custom-built 2-2-0 around 1889 which was used as a steam inspection car and given the name Nydia. 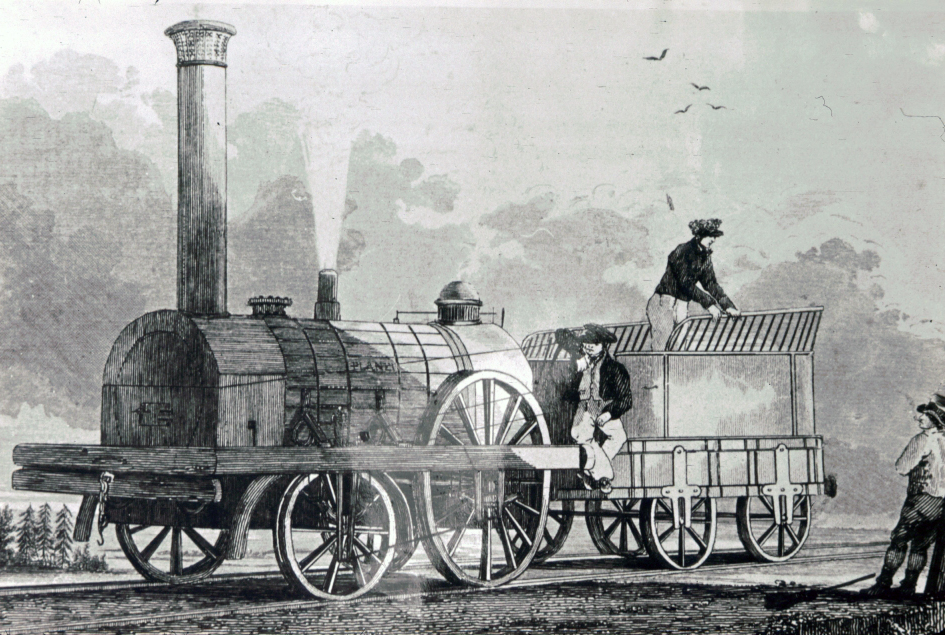 According to SteamLocomotive.com it was later sold to the M. A. Hanna Coal Company.  All other 2-2-0s put into service in the Western hemisphere were saddletanks used in industrial or plantation applications.

Finally, at least two examples of the 2-2-0 are known to be preserved and operational; the aforementioned replica Planet in Manchester, England and a replica Tom Thumb at the Baltimore & Ohio Railroad Museum in Baltimore, Maryland.