It was launched after World War II and went through a few early name changes before acquiring its now well-remembered title.  The train saw relatively good ridership during its early years although by the late 1950s it was struggling against airliners (and to a lesser degree competing service from the Baltimore & Ohio), which could complete the long-distance trip much faster.

The Penn Texas was considered part of PRR's "Blue Ribbon" fleet and ran with predominantly all-lightweight, or rebuilt heavyweight, equipment.  Despite ridership losses it survived until the Penn Central era and was not discontinued until about a year prior to Amtrak.

The New York to St. Louis market was the PRR's second notable corridor behind Chicago.  The "Fleet Leader," or premier train, of the route was the Spirit Of St. Louis launched on June 15, 1938 as part of the original "Fleet Of Modernism."

The Penn Texas became the second most prestigious, inaugurated on December 12, 1948 as a postwar streamliner.  Interestingly, the train's earliest history dated to 1946 when Missouri Pacific launched the Sunshine Special serving the Southwest (and as Mike Schafer and Joe Welsh note in their book, "Streamliners: History Of A Railroad Icon," carried through cars as far away as Mexico City) and New York via the PRR at St. Louis. 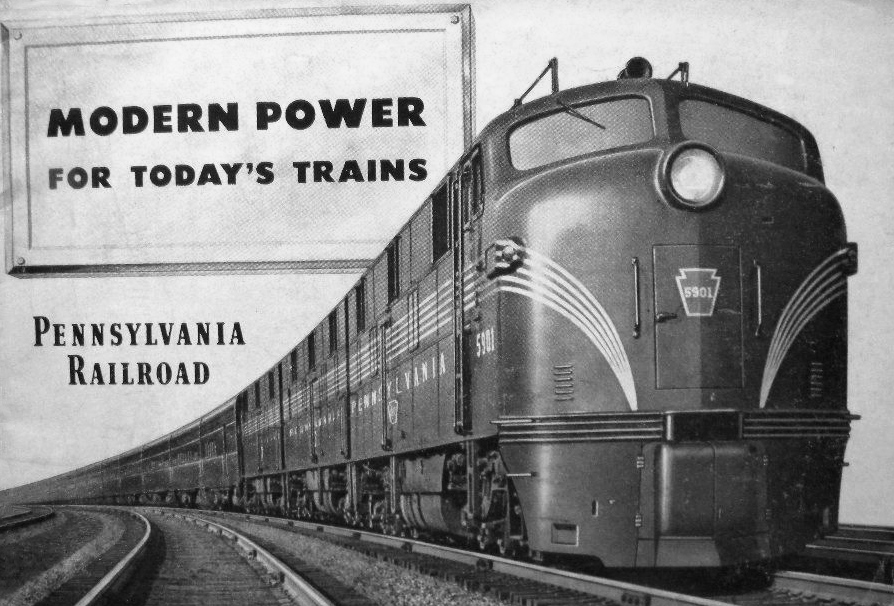 In August of 1948 this train was discontinued which led to the PRR's christening of the Texas Eagle (a famous, long-running MoPac train serving St. Louis and Texas), soon renamed a few months later as the Penn Texas.

It was listed as trains #3, westbound, and #4 eastbound on PRR's timetable with a mid-evening departure from New York (just before 8 PM) and arrival in St. Louis the following day during mid-afternoon.

Its counterpart would leave the Gateway City during late-morning around 10 AM and return to New York the following day in the early morning.  The Penn Texas offered amenities consistent with the Pennsy's top trains including reclining seat coaches, diner (usually of Budd construction), and a recreation-bar.

There was little in the way of head-end equipment although the train did possess an RPO as well as a combine.  As to be expected much of its consist featured sleepers and many of these were lightweight cars offering 10 roomette/6 double-bedroom accommodations. 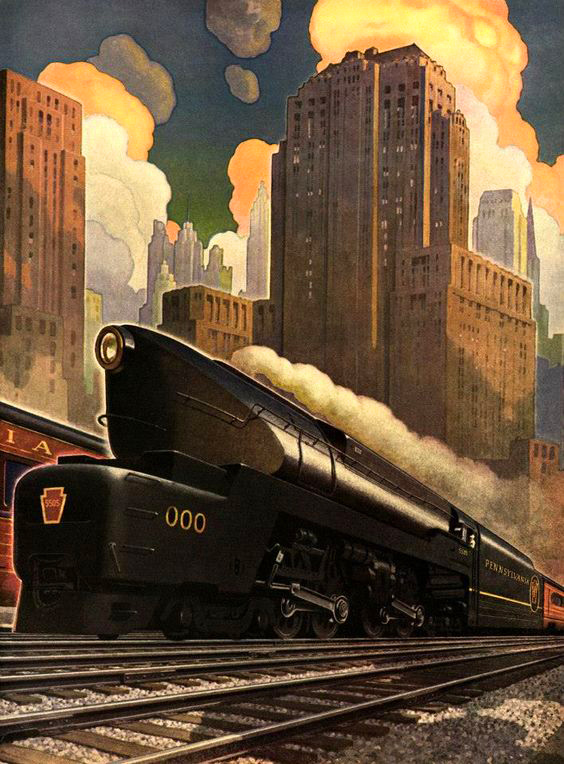 According to Harry Stegmaier, Jr.'s book, "Pennsylvania Railroad: Passenger Trains, Consists & Cars - 1952 Volume I," most sleepers ran through over the MoPac (one, a 10-roomette/6-double bedroom ran via the Katy and Frisco) while just two ran online over the PRR (a 10-roomette/5-double bedroom prewar lightweight from the Cascade series and a 12-section/1-drawing room heavyweight).

The Pennsylvania began cutting back services as early as 1950 across its entire fleet but the Penn Texas and its consist remained largely intact throughout the decade.

The first notable reductions took place during January of 1958 when the through sleeper to El Paso (via MP) was cutback to Fort Worth/Denver.  Later that year on October 1st the through sleeper reaching San Antonio was canceled entirely.  The car had operated via the Texas Special, once a fabulous joint Katy/Frisco streamliner that had operated in this fashion since May of 1948. 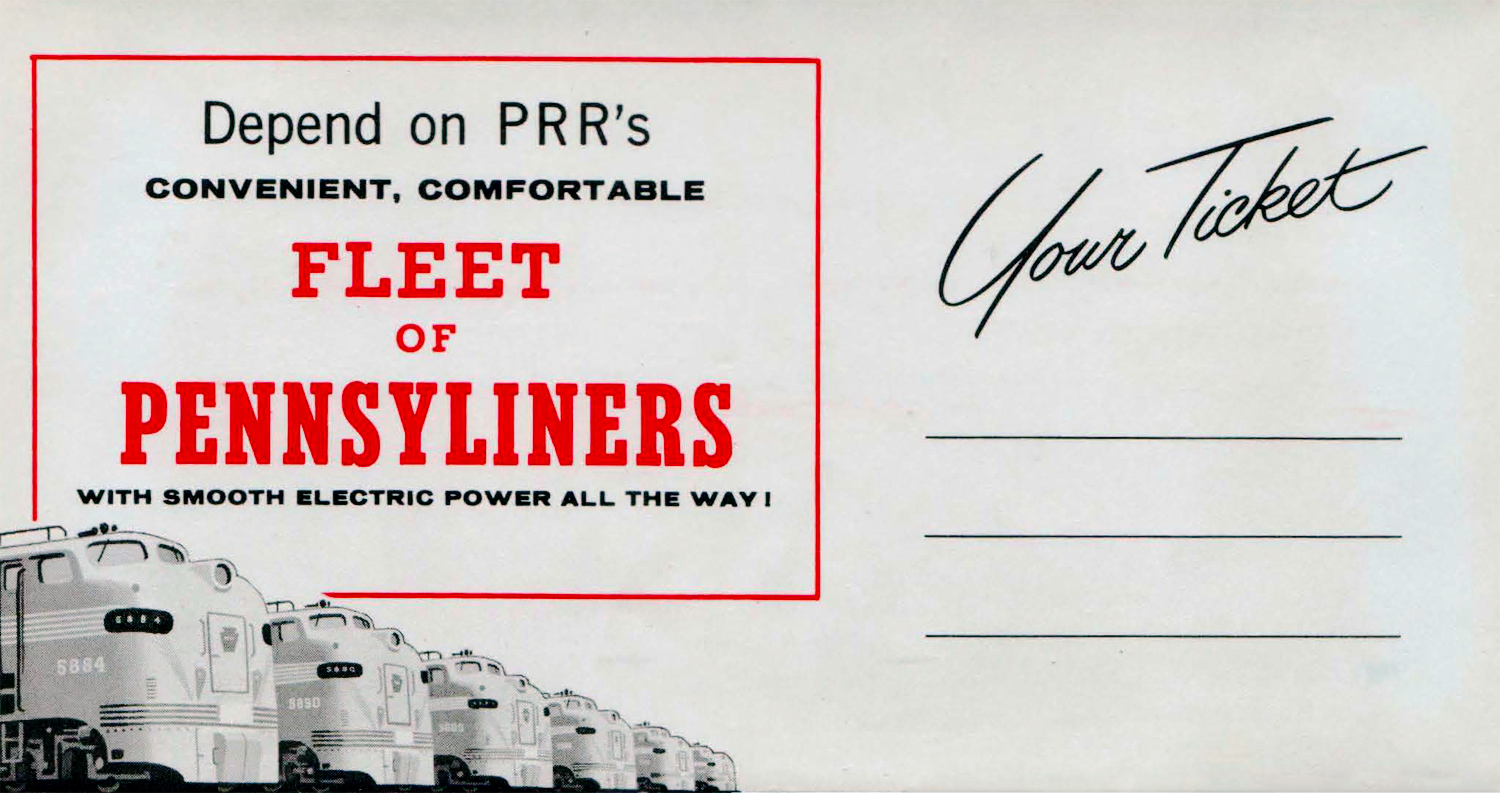 However, by then the train was having a very difficult time remaining on schedule (by hours) since the Katy refused to maintain proper track conditions to do so.  As a result, a fed up Frisco pulled the plug on its leg only a few months later in February of 1959 (the Katy continued running its section until 1965).

Over the next few years more and more through cars were removed from the Penn Texas as the train simply could not compete with the speed of the airlines for long-distance travel.  In June of 1959 the Washington-Houston sleeper was dropped (picked up en route at Harrisburg) and two years later on June 30, 1961 the remaining sleepers running via the Texas Eagle were also removed.

Mr. Stegmaier notes part of the reason for the cars' removal, aside from airline competition, was the Baltimore & Ohio's popular Slumbercoach service which also operated in conjunction with the MP between Washington and Texas. 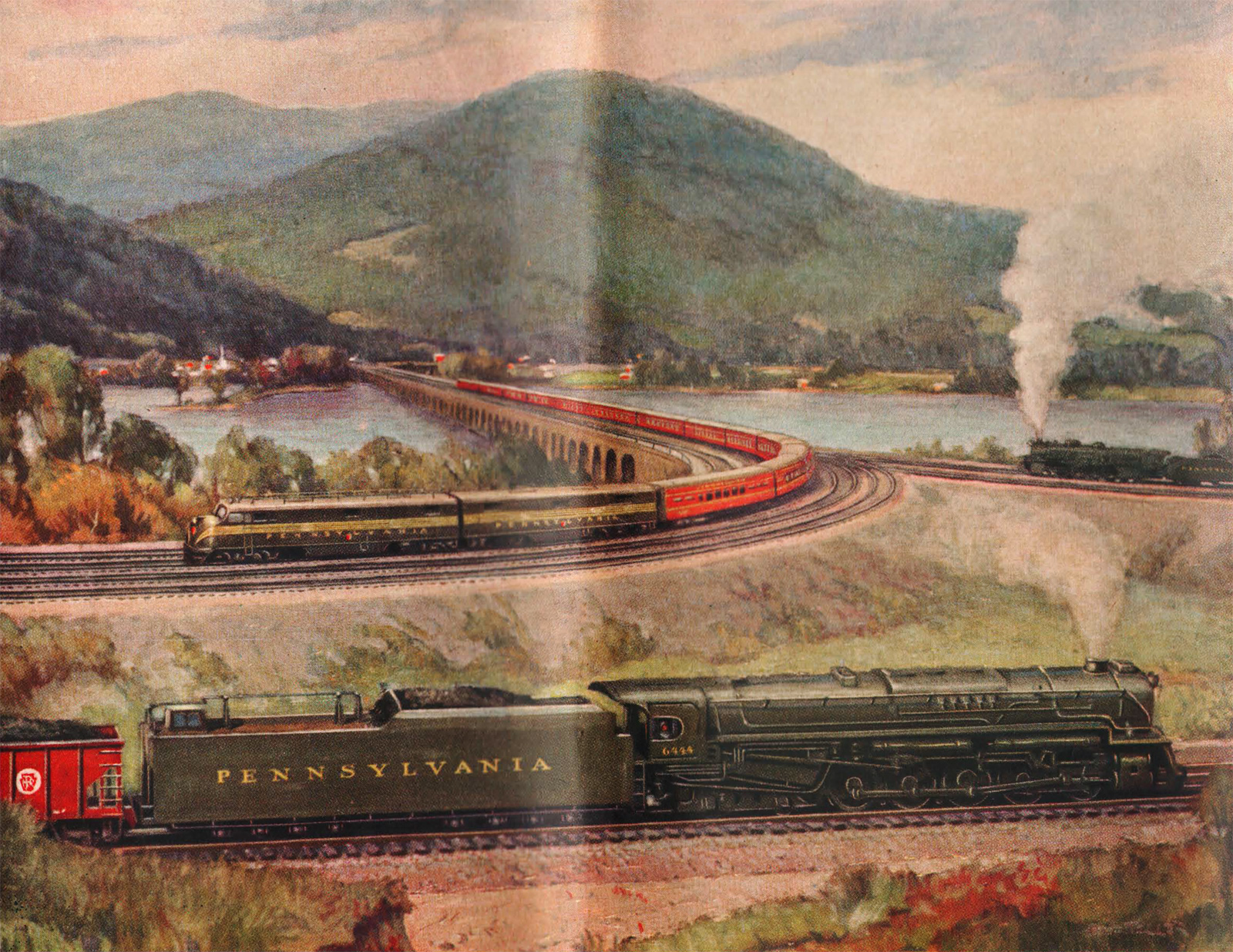 It remained popular for many years and outlived the PRR's through service.  The Penn Texas survived into the Penn Central era albeit with far fewer in an effort to cut costs.  By late 1969 the train usually carried a single New York-St. Louis sleeper, a diner (New York-St. Louis), and reclining seat coaches.

Noteworthy was eastbound #4, which ran combined with the Cincinnati Limited and carried an additional Cincinnati-New York sleeper.  On June 30, 1970 the westbound leg was canceled and later that year on October 1st, eastbound #4 lost its name when the Spirit Of St. Louis acquired the number and remained on the timetable until Amtrak took over most intercity services across the country on May 1, 1971.

You can read more about other PRR trains by visiting the Pennsylvania Railroad section of the site, which can be reached from the top of this page.