As with the EP-2s, the Milwaukee took delivery of the EP-3s beginning in 1919 for passenger service along the railroad’s Rocky Mountain Division.

While these motors provided phenomenal tractive effort and horsepower, they were poorly designed by Baldwin and Westinghouse and were a constant battle by the Milwaukee to keep in service (broken axles and cracked wheels were just some of the experienced problems).

Of Milwaukee's four primary classes of electrics (boxcabs, Bi-Polars, Quills, and Little Joes) only the EP-3's offered poor and unreliable performance.  They were an outlier of an otherwise rugged and efficient fleet of electrics.

Due to the Quills’ poor reliability and constant maintenance attention they were quickly scrapped in the 1950s following the arrival of the new "Little Joes" from General Electric in the early part of that decade. 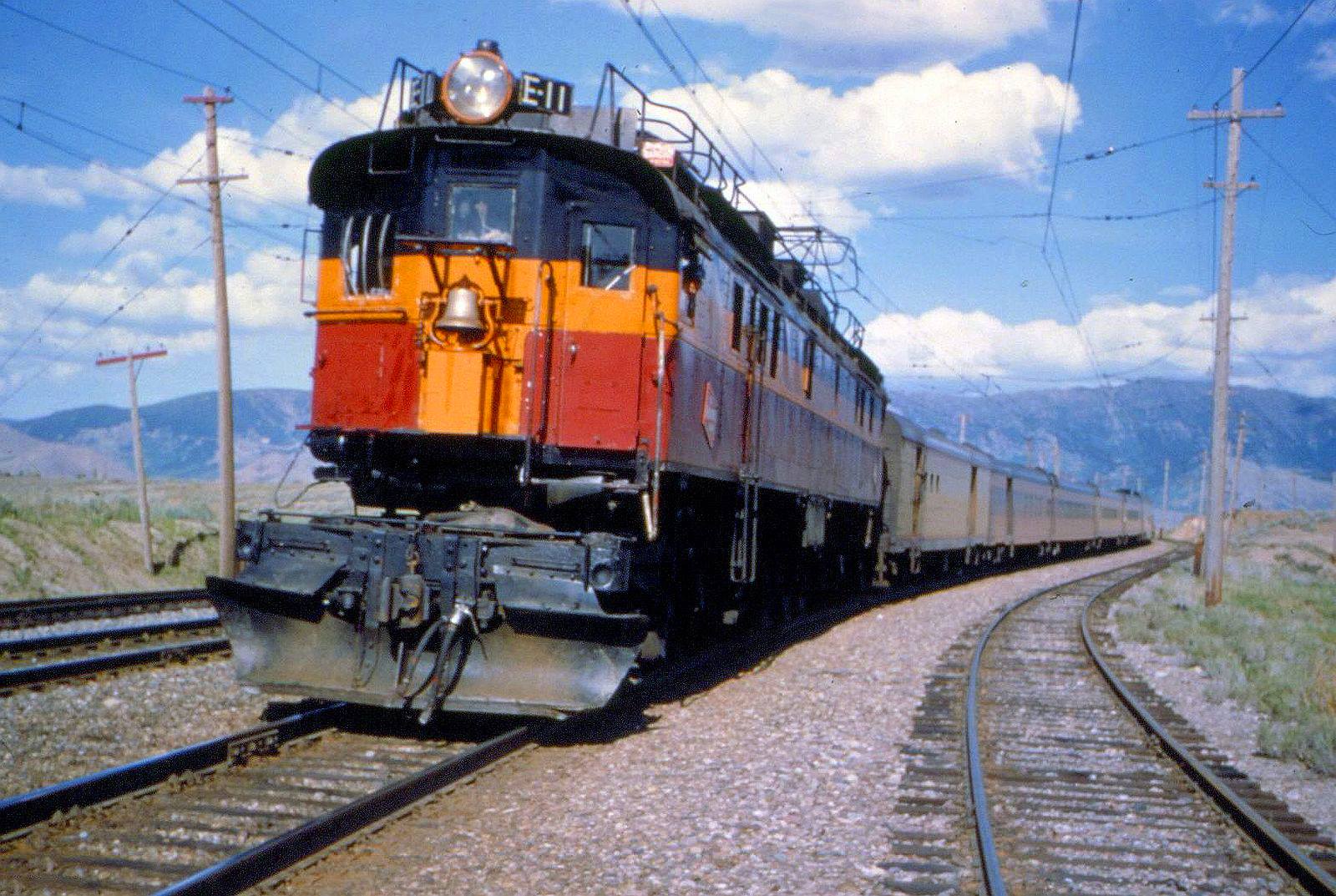 Milwaukee Road Class EP-3 "Quill" E-11 with the transcontinental "Olympian Hiawatha" under the wires west of Butte, Montana circa 1956.

The Milwaukee’s EP-3 electric locomotives, of which the railroad wound up with 10 of the units, derived their name “Quills” from the type of drives they employed, which reduced the weight sitting directly above the axles.

Overall the EP-3 featured a 2-C-1+1-C-2 wheel arrangement and was rated at over 3,300 hp with six 566 hp traction motors mounted over each driving axle (the locomotives were also nearly identical to the successful New York, New Haven & Hartford motors of similar design).

Externally the Quills were similar to the GE/Alco-built boxcabs as they featured a simple boxy carbody design. 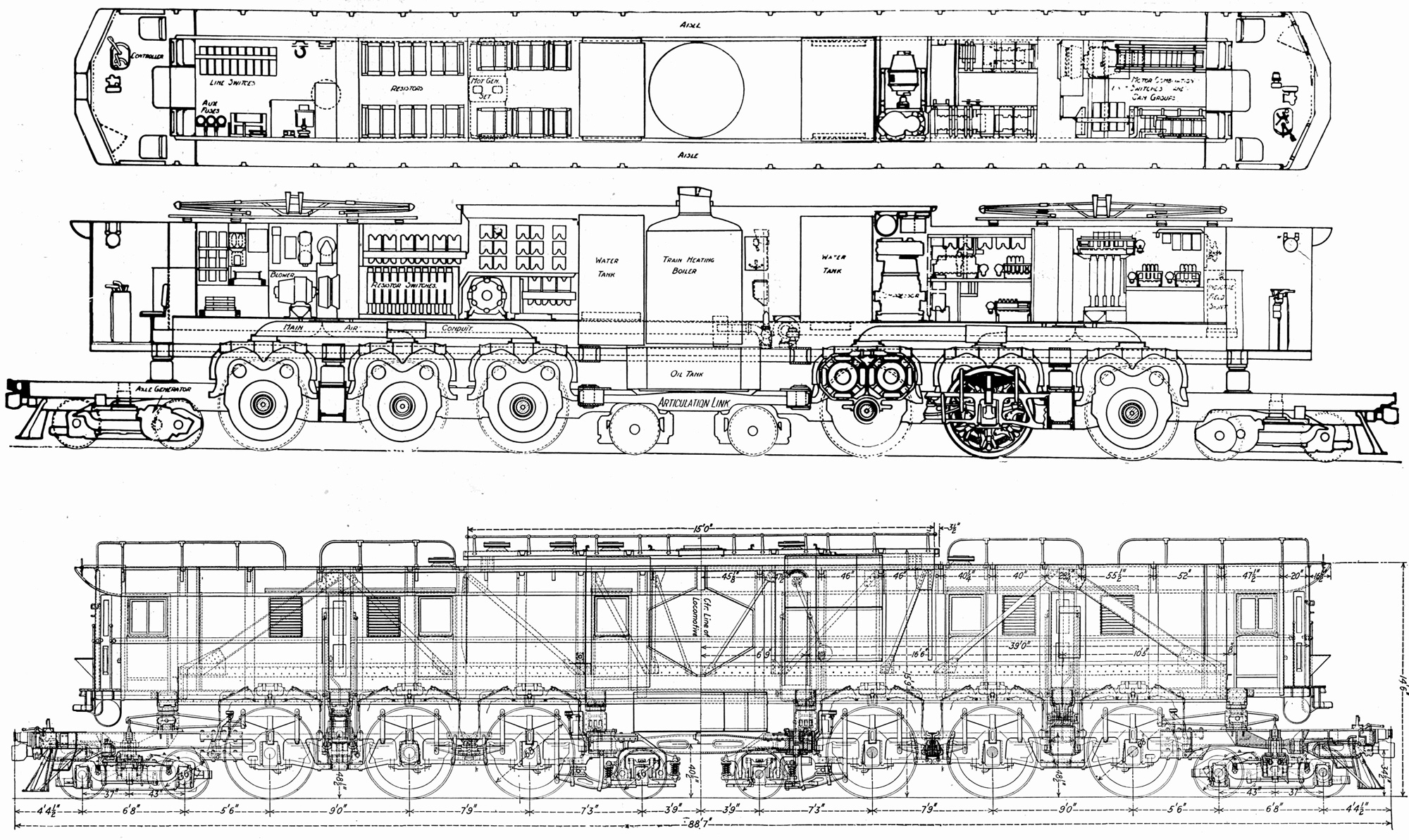 Official schematics of the EP-3 "Quills."

The Quills were the only electric locomotives the Milwaukee Road ever purchased from Baldwin/Westinghouse and while the design worked well on the relatively flat lines of the New Haven, mountainous operation proved to be a different story.

The railroad was looking for a fleet of passenger motors to supplement its fleet of EP-1 boxcabs already operating on the Rocky Mountain Division between Harlowton, Montana and Avery, Idaho.

Interestingly, the railroad had wished to stick with General Electric/Alco for its next purchase of motors after it had finished electrifying its Coast Division prior to 1920.

However, with the USRA still partially in control the government ordered the railroad to break up its request of 15 new units between GE/Alco and Baldwin/Westinghouse whereas the former built the five EP-2s and the latter the ten EP-3s. 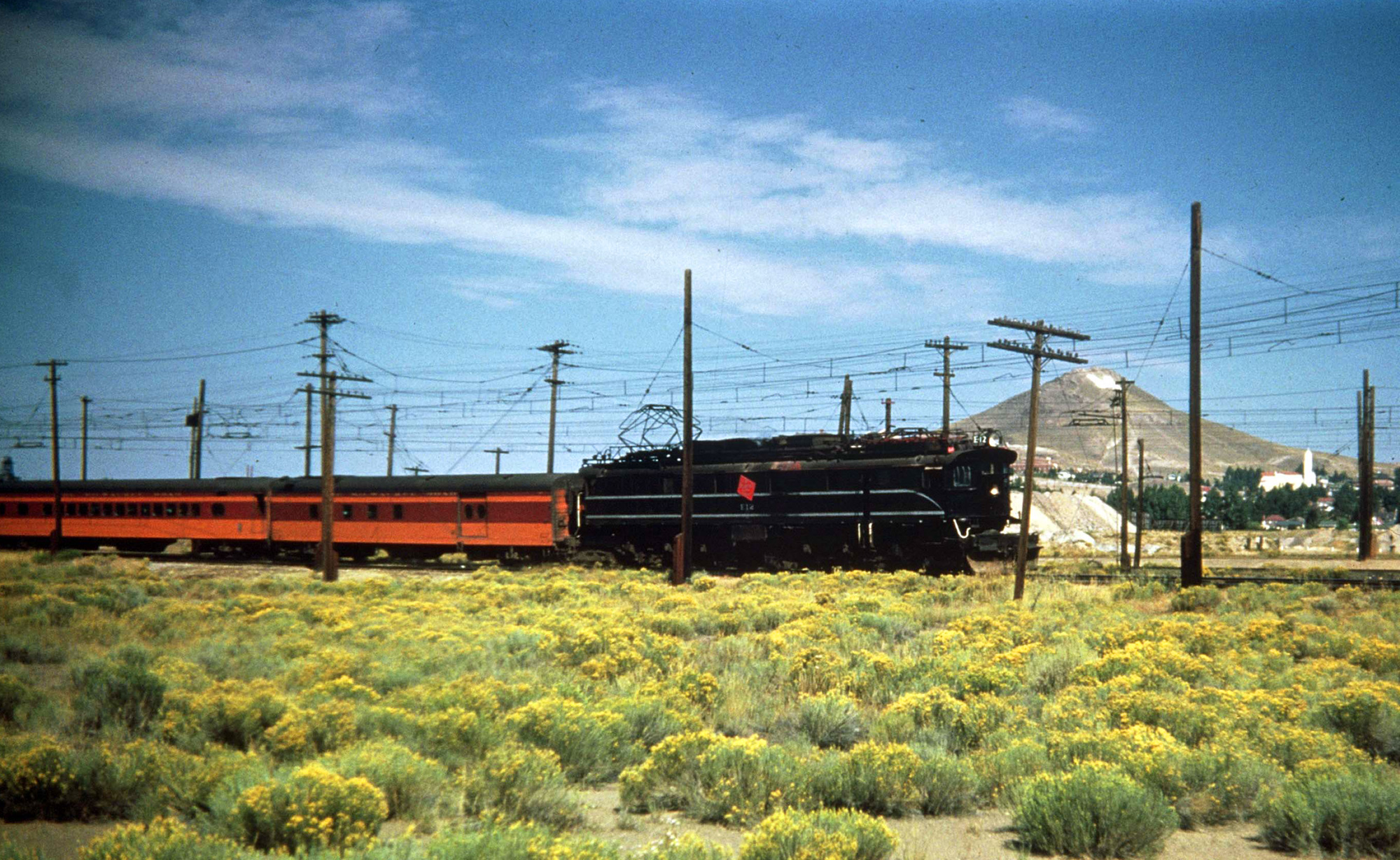 Milwaukee Road EP-3 "Quill" E-12 is ahead of the "Olympian Hiawatha" at Butte, Montana on September 4, 1950. Photographer unknown.

Numbered E10 through E18 the ten EP-3 Quills were well liked by the crews that operated them as they provided fabulous pulling power and starting tractive effort (for one thing they were not prone to slippage like the EP-1 boxcabs).

However, aside from these features the EP-3s were a flawed design. Built too lightly and rigidly for the stresses of heavy and circuitous operation in mountainous territory the Quills were constantly breaking or cracking frames, axles, or wheels (not to mention being derailment prone).

An attempt to help alleviate the problem by Baldwin/Westinghouse by splitting the locomotives in two providing an articulated setup likewise proved futile.

This was only attempted on one locomotive per the Milwaukee’s belief that the idea would likely fail. 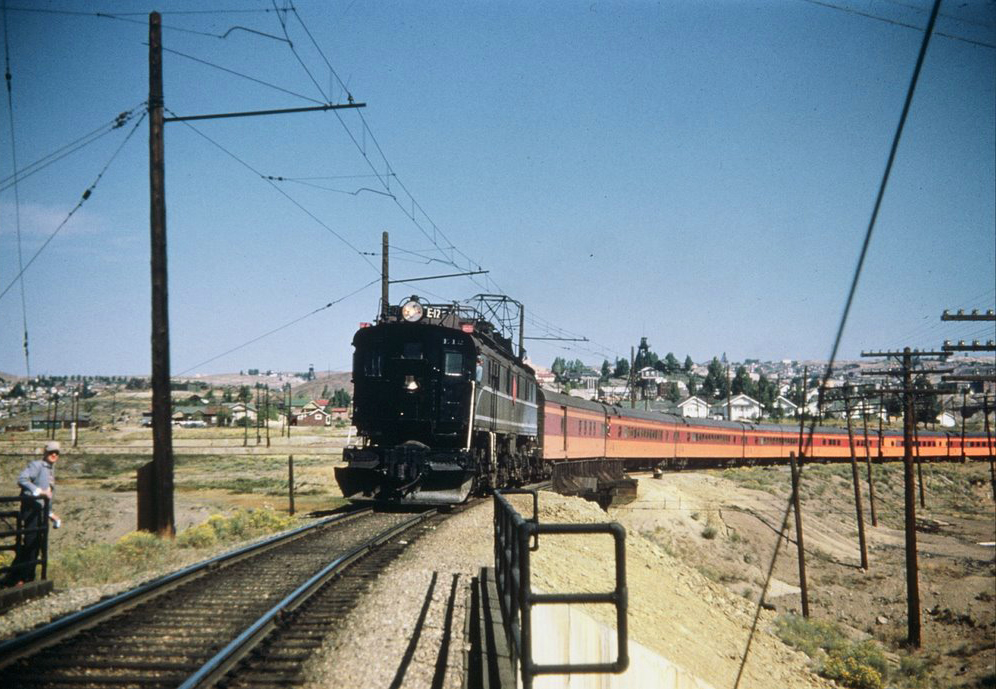 The same train as seen above.

It is quite interesting to note that the Milwaukee Road's electric department was highly skilled in such rail operations, much more so than most often know or realize.

Not only did they doubt Baldwin/Westinghouse's idea of splitting the EP-3s but they also are recognized for countless other achievements to the system such as regularly maintaining the equipment, infrastructure, and locomotives and improving all three when opportunities or ideas arose.

For instance, when the system was shutdown in 1971-1974 it was actually in much better shape and could handle much heavier capacities than when it was first built in the early 20th century.

To read more about the Milwaukee's electrified operations please click here.  In regular service, the Quills were rated for speeds of 65 mph with a continuous 3,396 horsepower rating.

Interestingly, it is said that they were easily capable of handling much heavier loads than the officially listed horsepower rating and could reach speeds in excess of 80 mph.

This often proved the case with the company's other motors as most were capable of performing far above their listed designations.  No fewer than five attempts were made at relieving the locomotive's of their problems by adding weight to the frames and rebuilding the trucks. 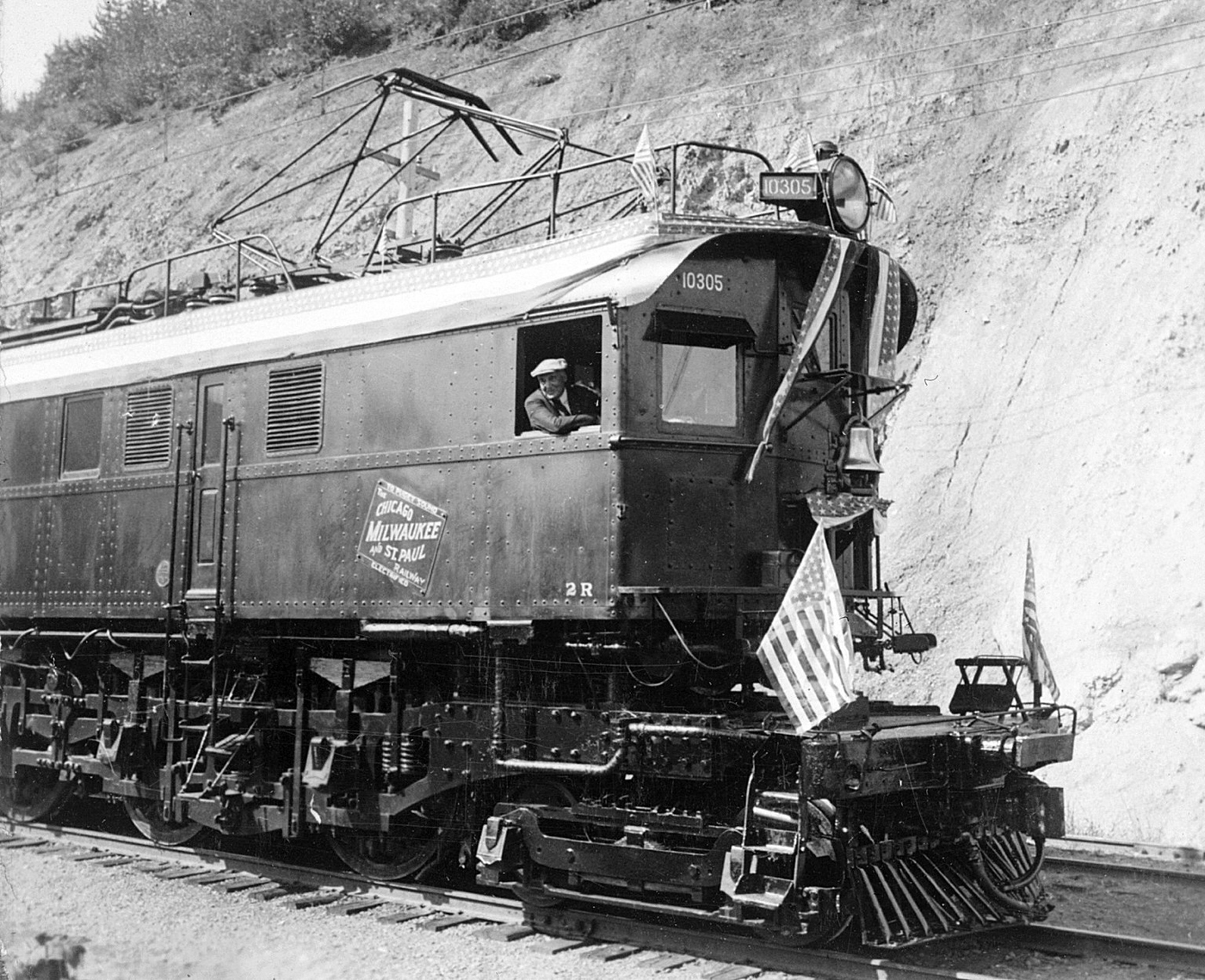 However, in the end nothing could solve all of the issues the model contained.

It was one of the only times that Baldwin, and particularly Westinghouse, failed with one of their production model electric locomotives as the two-team tandem was revered for their ability at the time to construct highly efficient and reliable motors.

In the end the Milwaukee Road gave up on the locomotives and opted not to overhaul the Quills in the late 1940s as it did the rest of its motors.

Beginning in 1952, as the reliable and efficient GE Little Joes entered service the EP-3s were slowly retired until all ten were scrapped and off of the roster by 1957. As such, no examples of the Milwaukee Road's poorest performing electric locomotive survive today.