The Roaring Camp & Big Trees Narrow Gauge Railroad has a unique history in that the operation was built from scratch specifically to host excursions for the public's benefit.

What morphed into a popular tourist attraction within California's Santa Cruz County initially began simply as an idea by one individual during the mid-1960s that eventually saw trackage laid and historic steam locomotives restored to service.

While the railroad's visionary has since passed away the operation has amassed quite a collection of locomotives that includes numerous operating geared designs.

In addition to hosting excursions the collective Roaring Camp Railroads also operates a freight and division on a nearby branch line once owned by the Southern Pacific. 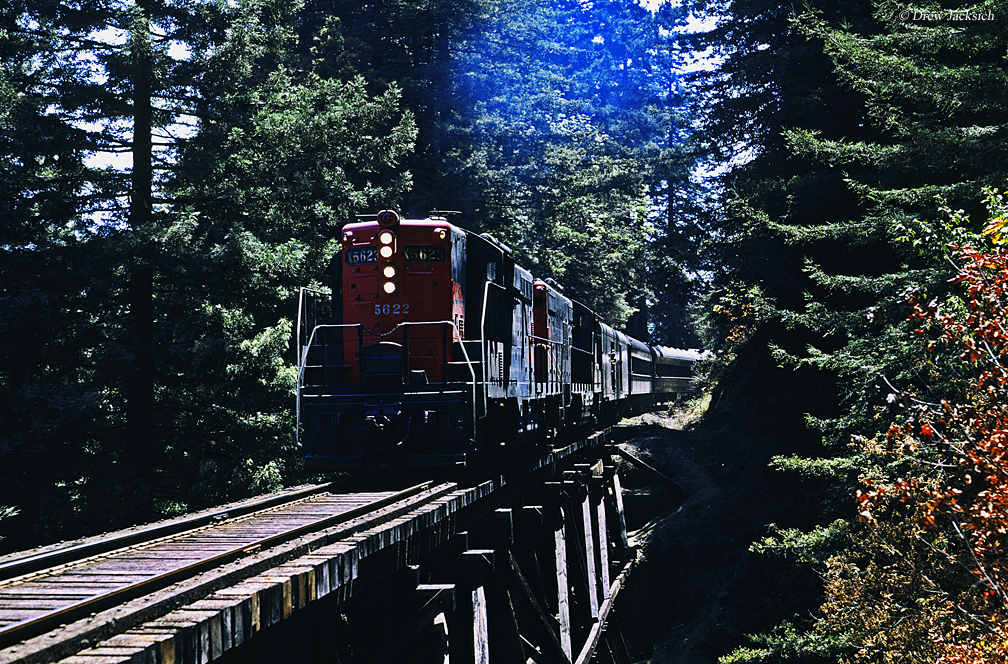 What became the Roaring Camp & Big Trees Narrow Gauge Railroad began simply as a dream by F. Norman Clark who wanted to bring back the majestic steam locomotive.

His idea began in the late 1950s when steam was all but gone from main line railroads.  Eventually, Clark located a 2-Truck Shay in Dixiana, Virginia that had long been removed from service and rusting away in the weather.

The Shay was a classic geared steam locomotive, created by Ephraim Shay in the late 19th century and designed to pull heavy loads at slow speeds up steep, circuitous, and poor trackage.

This made it ideal for service in the timber industry while it also found use in other applications.  The Shay at Dixiana was originally built in 1912 and after various owners found its way to a Virginia coal mining operation where it was purchased by Mr. Clark in 1958.

In addition to the locomotive Clark needed a place to run his trains.  For that he located nearly 200 acres of ground for lease on the Big Trees Ranch in Santa Cruz County near Felton, California.

This area is home to a preserved virgin stand of giant redwoods, part of which now comprises the Henry Cowell Redwoods State Park.

With property acquired Clark set about constructing a 3-foot, narrow-gauge railroad that totaled just over 3 miles in length.

Whether intended or not he was able to add to its realism by featuring very steep grades on the route, some of which topped out at over 9%!

A railroad's grade is determined by the amount of rise in elevation, per foot, for every 100 feet of horizontal distance. 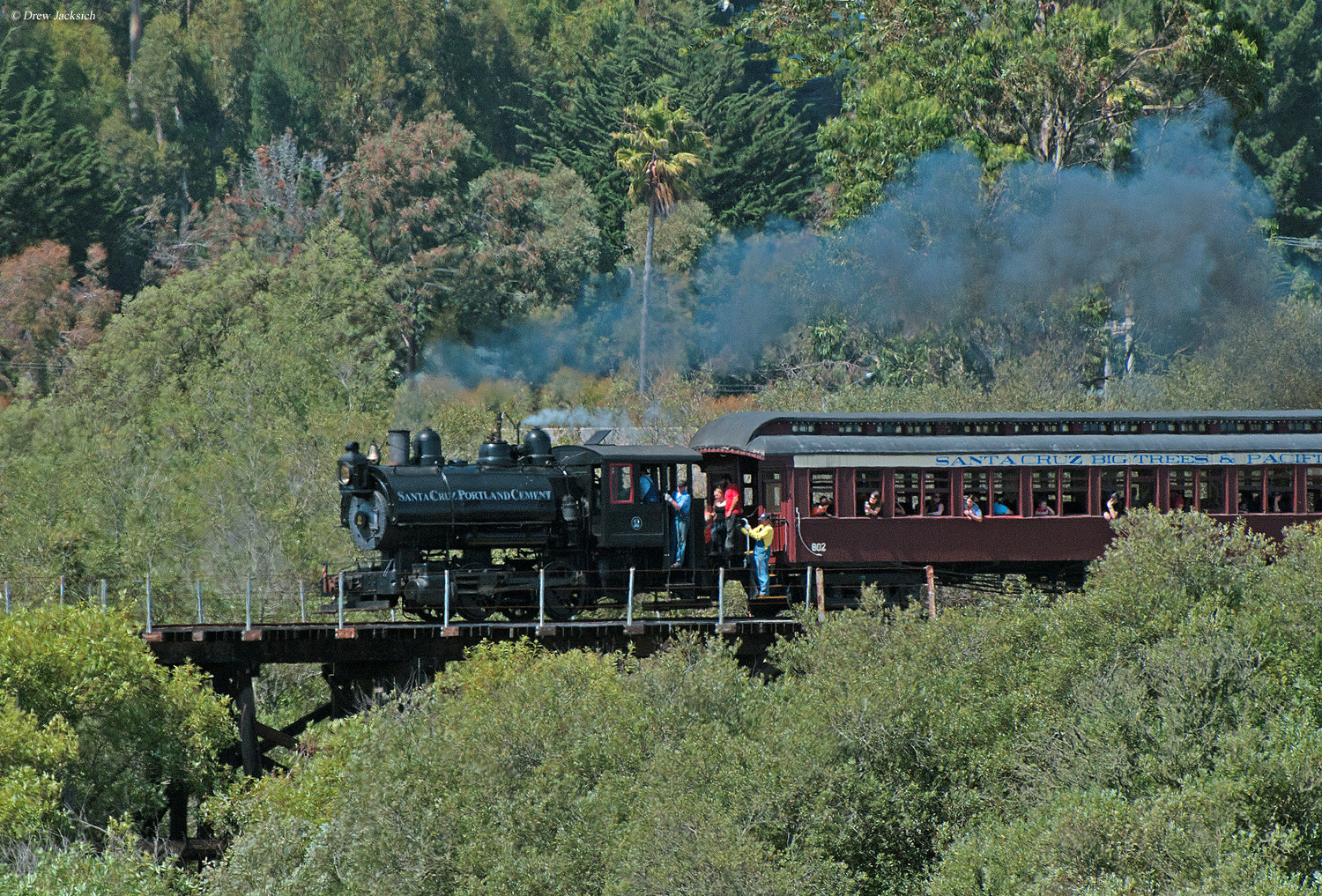 For most main lines, grades normally do not exceed 1% and most are kept under 2%.  However, on occasion, in rugged terrain such as the Appalachian and Rocky Mountains, grades sometimes range from 2 to 3%.

Anything above 3% is considered very steep and most such routes have been eliminated in the present day.

Interestingly, 9% grades, or sometimes even greater, were not uncommon in logging operations, where Shays and other geared steam locomotives regularly roamed. 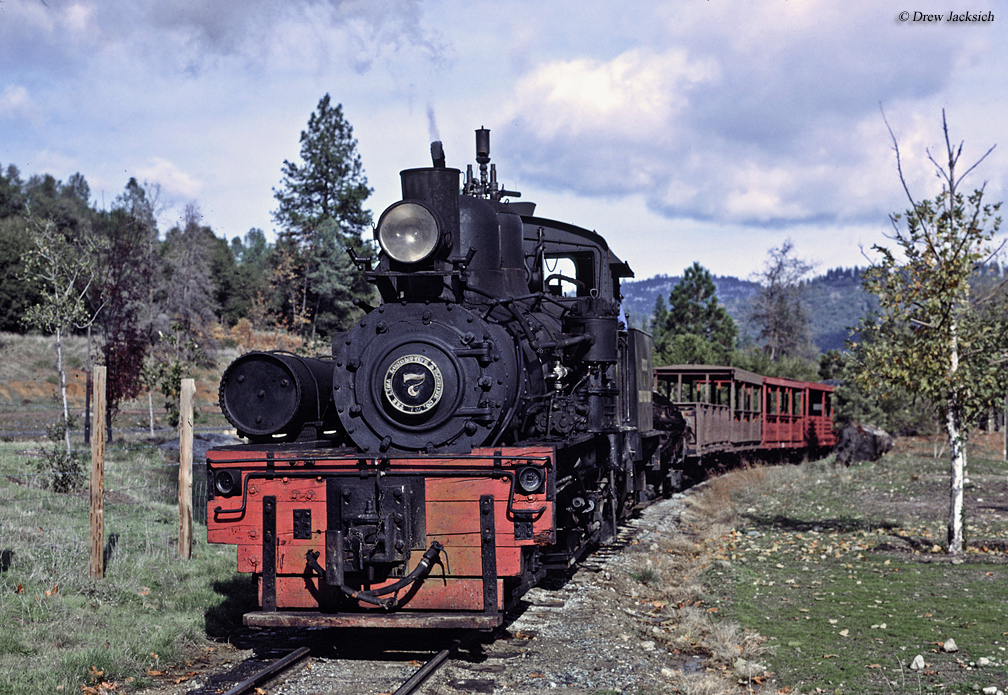 By 1963 the Shay (given #1 and named "Dixiana" from the small community where it was acquired) and railroad were ready for service.

Mr. Clark's original idea grew quickly in popularity, despite a 1976 fire that destroyed the two wooden trestles and resulted in switchbacks being constructed in their place.

Today, these switchbacks are still in use although there remains an effort to have the bridges rebuilt.  In December of 1985 Mr. Clark passed away with his widow taking over operation of the railroad.

Today, it is still owned and managed by the Clark Family and the current fleet of locomotives is quite impressive: all three of the common, geared steam designs can be found there including two operational Shays, a Heisler in service, and a Climax under restoration.

This new system took over the former Southern Pacific's Felton Branch between Felton and Santa Cruz, a one-time narrow-gauge system converted to standard-gauge under SP.

With declining customers and washouts SP cutback the line to Rincon, which was later restored to Santa Cruz under Mr. Clark.

With Felton as the base of all operations visitors can ride excursion trains on either the narrow-gauge segment or the standard-gauge line to Santa Cruz, which offers the unique experience of trains running along the city's streets. 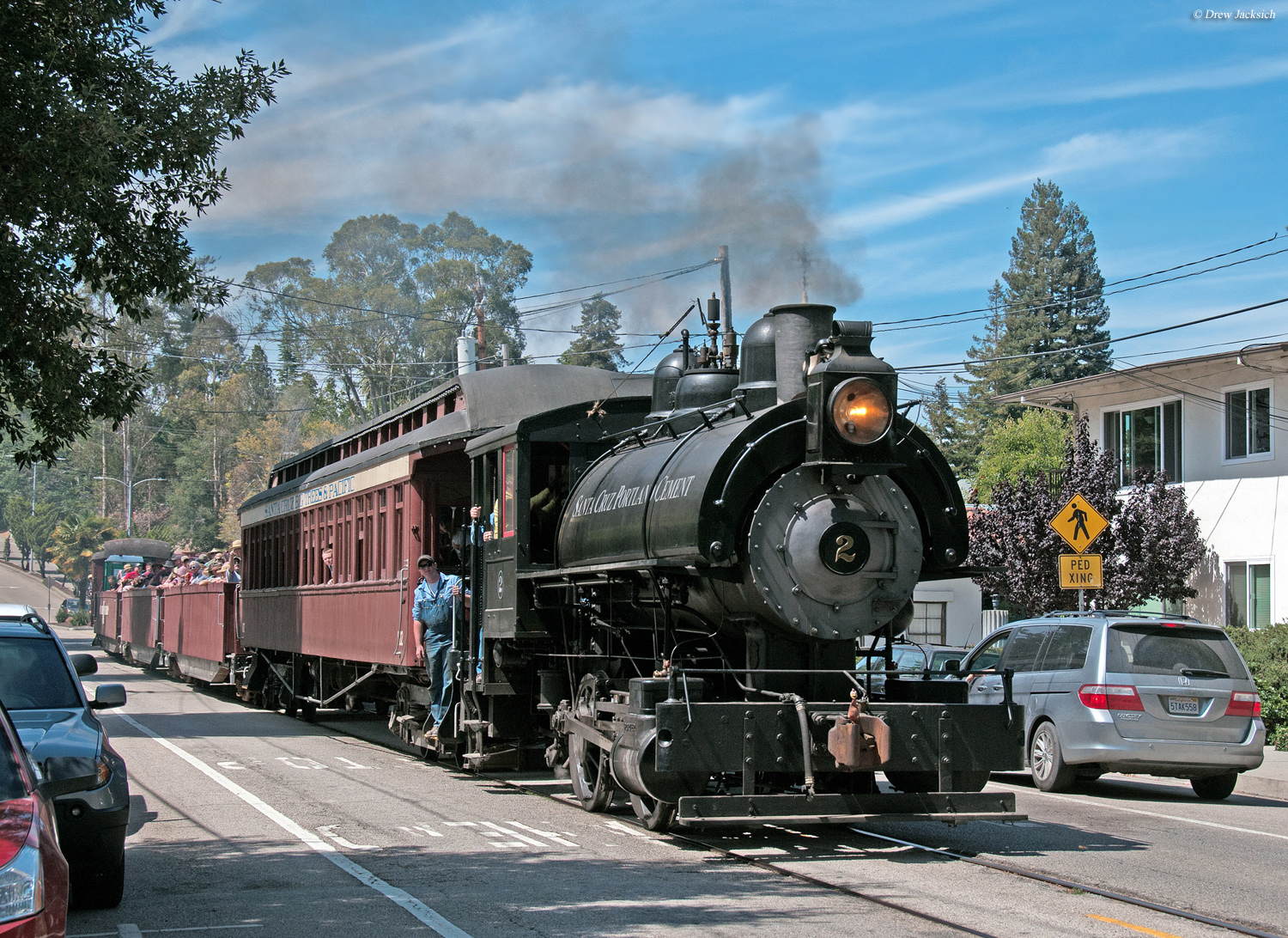 Thanks to the relatively mild climate, you can ride their trains throughout the year.

In addition, you can enjoy several special events hosted throughout the year including dinner trains, trips for many major holidays, and visits by "Thomas The Tank Engine" for the kids.  To plan a visit and ride their trains please visit the Roaring Camp's website.