Refrigerator cars, also commonly referred to by their shortened name as "reefers" were a revolutionary design that allowed for the widespread shipment of perishable food products such as dairy, meat, and vegetables.

The earliest such cars date back to the mid-19th century, naturally using ice as a means of cooling. After the development of the frozen food industry in the 1950s the reefer began to loose its near monopoly on the country's perishable business.

Likewise, by the 1970s railroads were dropping LCL (less-than-carload) and short-haul business allowing the trucking industry to pick up most perishable traffic, which continues to this day.

However, refrigerator cars and their precious contents are making a comeback as perishable centers are becoming more centrally located and distances to the products' final destinations are becoming further and further.

At one time reefers were a very common way to ship perishables, a business railroads once dominated.  What changed?

As mentioned above, competition and the industry's disinterest in LCL largely decimated such traffic.  If the industry showed as much interest as it did prior to the 1970's shippers would likely return.  Unfortunately, their belief that such business has been forever "lost" makes this unlikely. 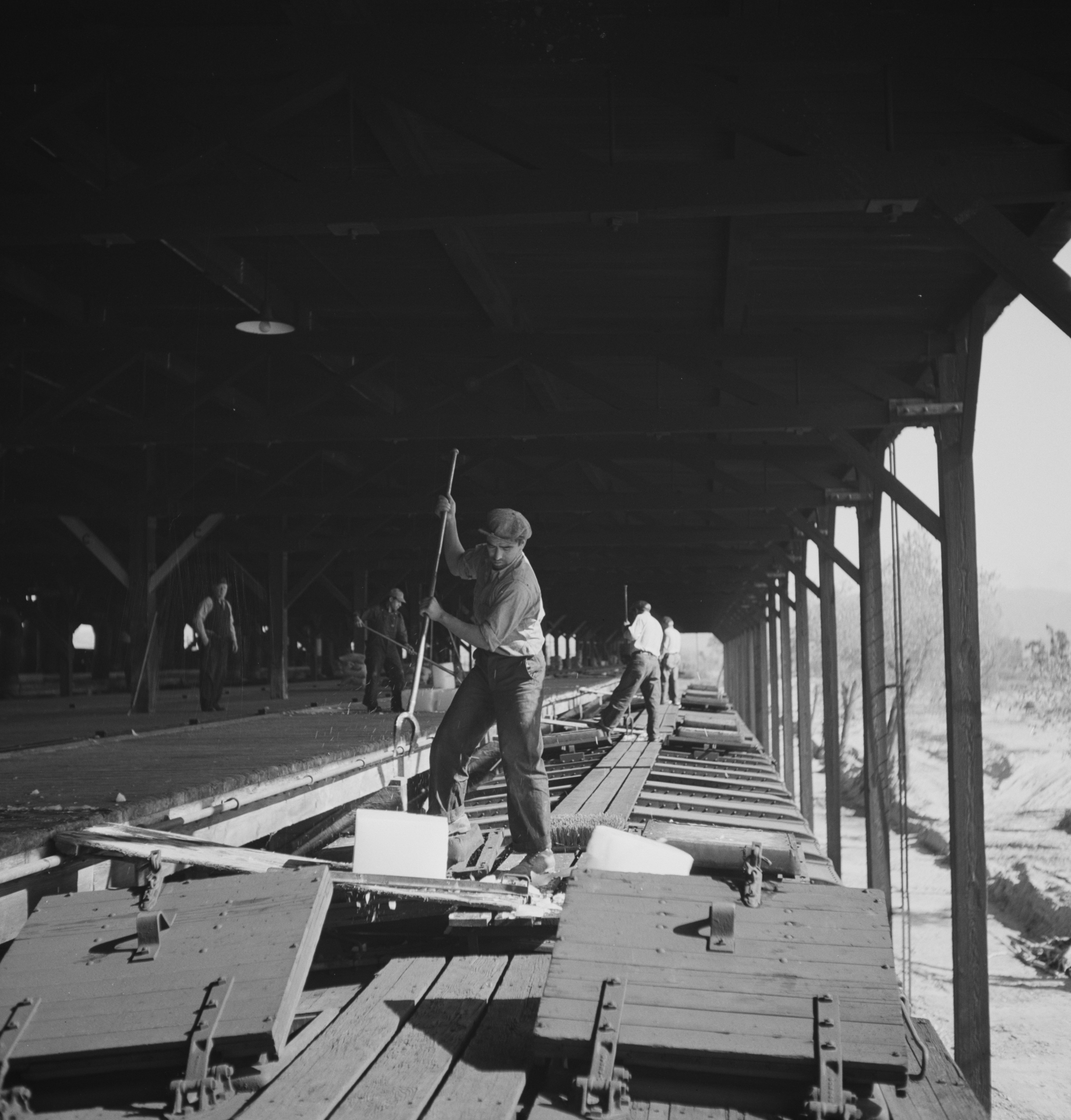 A worker packs ice into a Pacific Fruit Express Company (PFE) refrigerator at an ice plant in San Bernardino, California during March of 1943. The PFE was jointly owned by Union Pacific, Southern Pacific, and Western Pacific. It was the largest reefer company in the country. At its peak it owned 40,000 cars, 20 ice plants, and five maintenance shops. Jack Delano photo.

A Brief History Of The Refrigerator Car

Once the American public realized railroads were the fastest and most efficient means of transportation during the first-half of the 19th century it did not take long for businesses to realize that trains could move about anything imaginable.

This, of course, included food products. However, this poised a problem since food, naturally, is perishable and during the mid-19th century no type of refrigeration had been invented.

By 1851 the first refrigerator cars were being tested on the Northern Railroad (later part of the Rutland Railroad) in New York state. These cars featured some type of insulation and blocks of ice to keep the contents cool.

While quite successful much better insulation and cooling techniques needed to be developed before the reefer could be utilized year-round.

Around 1860 the first true refrigerator cars were born using heavy insulation, roof hatches, floor drains, and ice bunkers located at either end of the car.

These early cars usually employed some type of natural insulation such as mattes of cow hair, saw dust, or even plain old dirt! In 1867 J.B. Sutherland of Detroit, Michigan patented the first reefer, using a design very similar to that just mentioned.

In addition, Sutherland attempted to control the flow of air in the car to keep the food products well refrigerated.

However, despite these early advances in reefer technology, railroads were quite slow embracing the new car. Traditionally, railroads were, and still are to some extent, resistant to new technology on the basis of cost versus return. 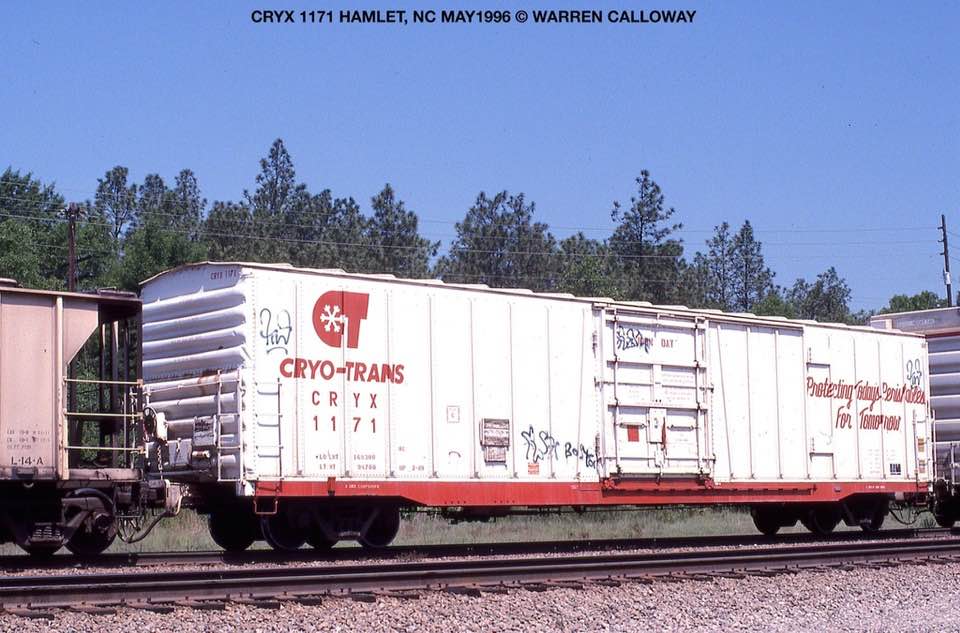 A modern, 57-foot Cryo-Trans Incorporated (CRYX) mechanical refrigerator car is seen here in service on CSX in Hamlet, North Carolina during May of 1996. These types of cars are well insulated and feature cushion draft gear in the underframe. Warren Calloway photo.

This was the case with reefers whereby railroads felt that spending large sums of money for a fleet cars which would only carry one type of commodity was not worth the investment.

Additionally, railroads had already spent heavily on the development and movement of livestock along their lines. Realizing the need for refrigerator cars private shippers, particularly meatpackers, decided to build their own fleets.

By doing so, reefers were some of the first privately-owned cars to be used on railroads (known today as private-car lines).

As such, names like Armor in their classic yellow, and Swift began to appear on the sides of many refrigerator cars. It was not uncommon to see large cuts of these cars leaving Chicago and bound for the east coast all of the way through the 1950s.

By just the 1880s refrigerator cars had become quite advanced built with very heavy insulation and a standard size of about 36-feet in length since loading doors at packing plants were based on 36-foot centers.

While trains were being reclassified, engines maintained, and crews replaced the refrigerator cars would be transferred to these icing stations to restock their ice supplies. 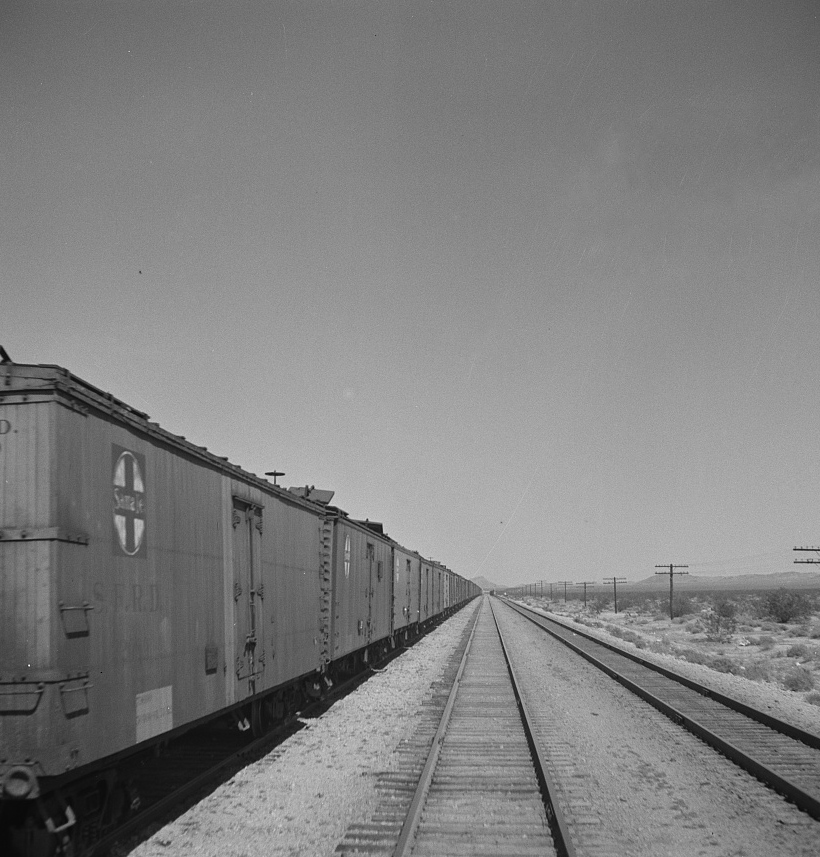 In 1941 the first early type of air-conditioning came to the reefer when the Pacific Fruit Express Company developed an alternator-driven fan system (which was powered via the car's moving axle).

This system pushed air in large quantities through the ice bunkers and out of vents located near the ceiling, helping to better cool the car's contents.

Around this same time better insulating techniques were developed, such as rubber seals along the car's interior seams helped to keep even more outside air out, thus farther preserving the perishable contents.

However, it was the frozen-food industry of the 1950s that ultimately ended the reefer's dominance in moving perishable food.

Now, everything from vegetables and meats to the new "TV dinner" could be kept frozen and, generally, fresh for weeks at a time before they were eaten. The traditional ice-cooled refrigerator cars could not keep these perishable products completely frozen, which obviously created a big problem. 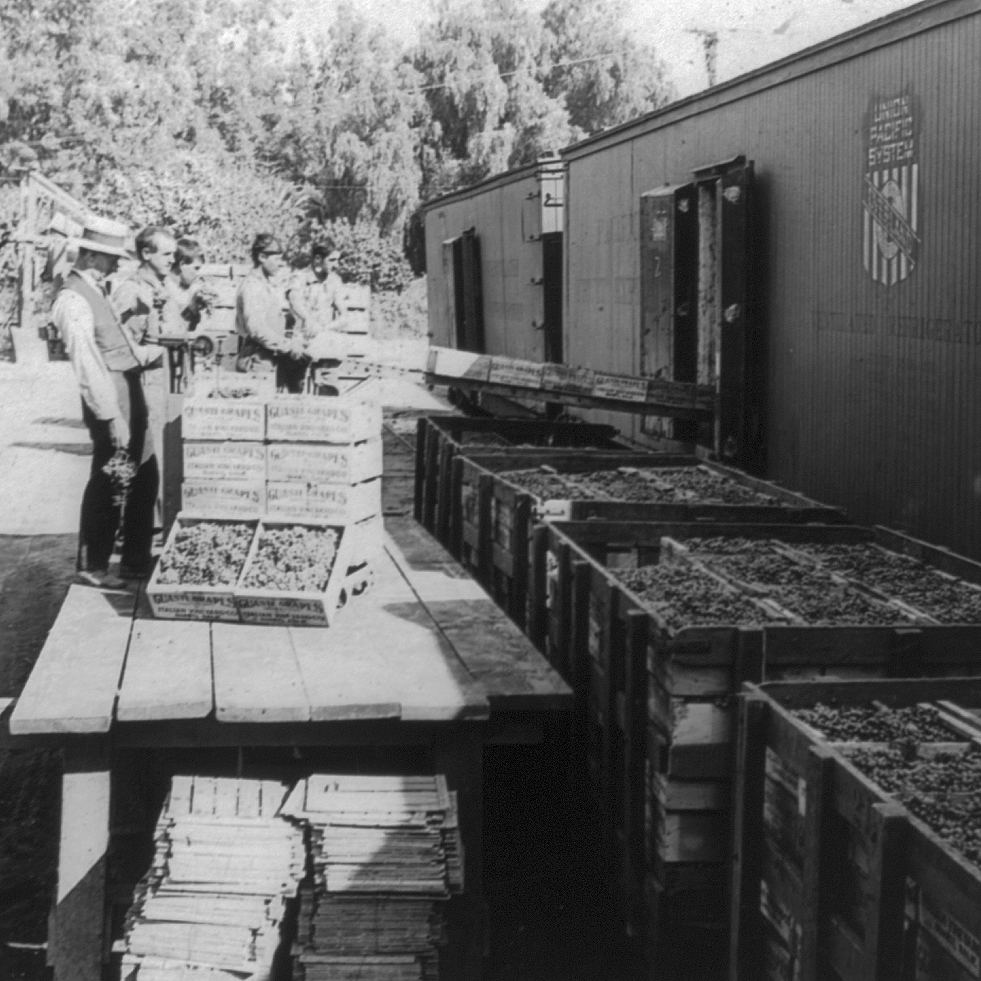 Thus, the mechanical reefer was developed to alleviate this issue. The car was first successfully built and operated by the Fruit Growers Express Company just after World War II, which transported mostly southern citrus fruit from Florida to the Northeast.

The FGE's original car fleet used on board gasoline-powered engines to operate the refrigeration equipment.

However, with the development of the diesel-electric locomotive and its widespread use, Mike Schafer and Mike McBride note in their book, "Freight Train Cars," the company soon engineered their cars to utilize that technology after World War II.

Instead of a gas engine, a small diesel engine on each car powered an alternator, which produced electricity to run the refrigeration equipment.

The development of mechanized refrigerator cars allowed for them to become much larger and carry a greater yield of product. However, following World War II reefers slowly saw decreasing use throughout the industry.

Then, by the 1970s railroads began to severely reduce or outright eliminate less profitable LCL and short-haul traffic, further reducing the reefer fleet. To make matters worse, the 1970s also saw plummeting and unreliable freight service across the industry. 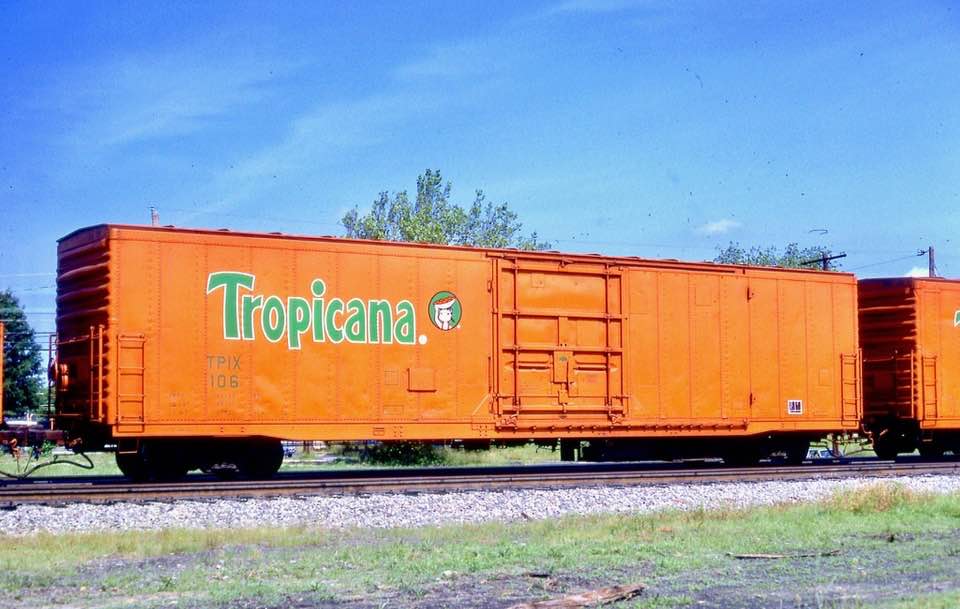 Of particular note was the Southern Pacific, a system which had dominated the perishable market in California throughout most of the 20th century and prided itself on moving this freight fast and efficiently to eastern markets.

It had small branch lines and spurs snaking out to serve virtually every major farm in the San Joaquin Valley.

However, by the 1970s poor management saw service become so bad that entire trains of perishable traffic were rotten by the time they reached the east coast.

Unable to withstand such losses California growers switched to trucks, which were more expensive but also more reliable.

The SP lost virtually its entire perishable traffic business in just a few years and the skeletons of its dominance in the valley can still be seen by the many abandoned spurs and loading facilities.

Growers lost so much confidence in moving their product by train that in just the last five or 10 years have they begun to again try rail service, which in tests have actually proven to be quite successful.

By 2001 the refrigerator car fleet in the United States had dropped to an all-time low of around 8,000 cars.

However, today that number has rebounded to over 25,000 as farmers and growers have regained a level of trust in railroads to again move their precious product by rail.