The RF16 epitomized Baldwin's "Sharknose" design.  It was featured exclusively on the model during its four year production run before the builder ended domestic production of diesel locomotives.

Meant for use in freight service, and in competition against Electro-Motive's F series and the American Locomotive Company's (Alco) FA, it was the best selling cab unit Baldwin built with more than 150 units outshopped.

The RF16 was also the only cab design cataloged as part of Baldwin's new Standard Line released in 1950.

The only difference between the earlier DR-4-4-1500, and latest RF16, was the latter's use of an Elliott model H704 turbocharger, which added an extra 100 horsepower.

This subsequently reclassified the prime mover as 608A.  Baldwin also cataloged one variant, the RF-615E, purchased by the Argentine State Railway. 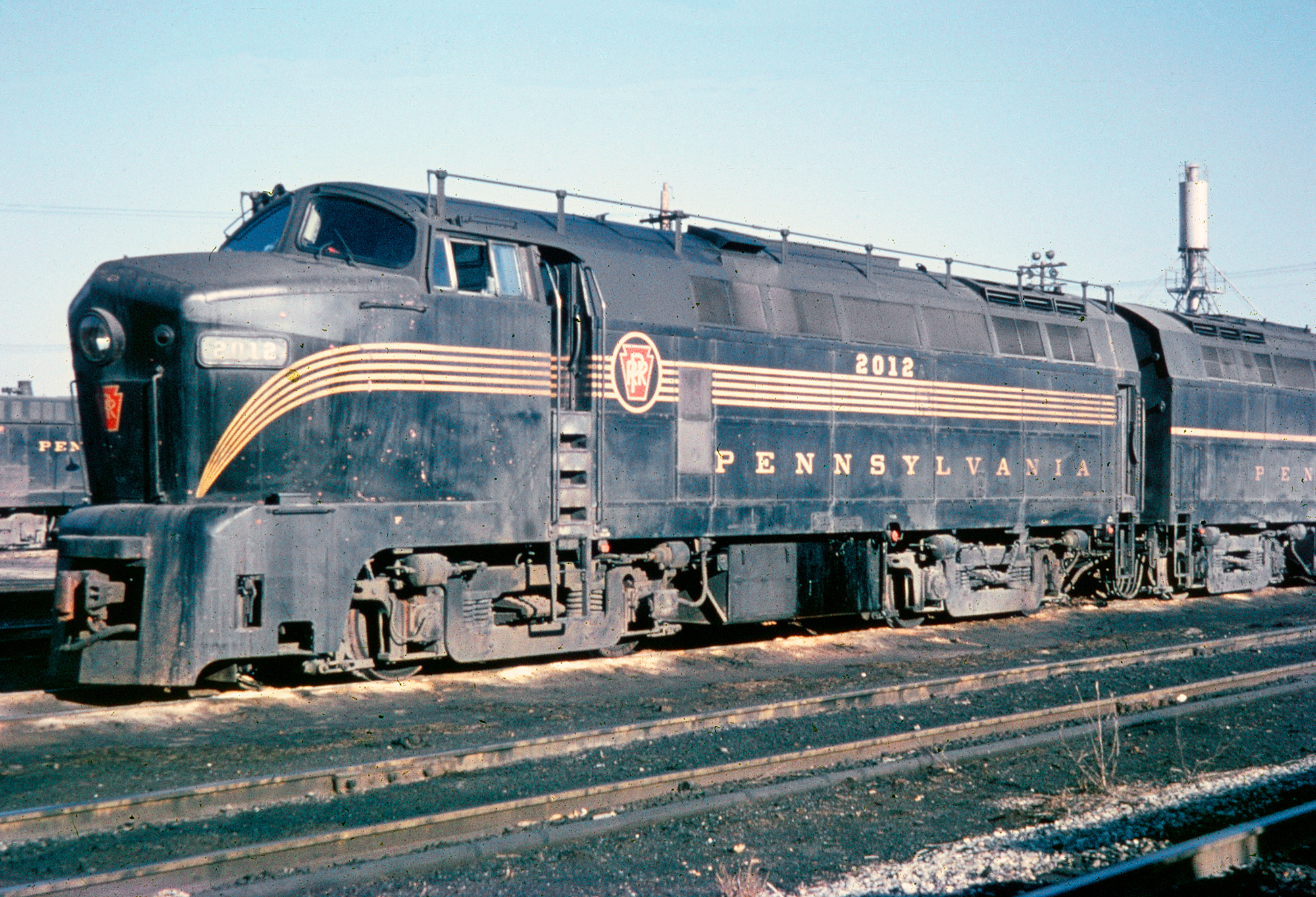 Baldwin is often criticized as a failed builder that was unable to keep pace with either Electro-Motive or American Locomotive.

In truth, parent Westinghouse pulled the plug on the industry's most recognized manufacturer just as it began selling more diesel locomotives during the 1950's.

Historical texts often never mention that between the spring of 1945 and the end of production (1956), Baldwin sold more than 4,000 locomotives.  These included late era steam, numerous electrics, and of course its early diesel line.

As John Kirkland points out in his book, "The Diesel Builders: Volume Three (Baldwin Locomotive Works," orders had ramped up to such an extent that by the late 1940's Baldwin had reached production capacity.

Today, two RF16s survive, stored away at short line Escanaba & Lake Superior in Michigan.  The railroad's owner states they will eventually be donated to a museum.

The RF16 began production in November of 1950 featuring the company's latest 608A prime mover capable of producing 1,600 horsepower.

Its introduction followed that of the late-era DR-4-4-1500 model sporting the famed "Shark Nose" carbody.

With calls to replace the original and unpopular "Baby Face" carbody, Baldwin contracted with Hadley, Ryder & Pedersen for a complete redesign. The company came up with the classic "Shark Nose" concept, which gave Baldwin's late-era cab models an entirely unique look.

Contrary to popular railfan belief, the "Shark Nose" was not a Raymond Loewy design.  As John Kirkland points out this idea likely derived from the carbody's similarity to Pennsylvania Railroad's streamlined 4-4-4-4 "Duplex Drive" T-1's.

The angular nose of these famous steam locomotives, which was a Lowey inspiration, bore a striking resemblance to the "Shark Nose."

With a continuous tractive effort rating ranging from 42,200 - 52,500 pounds (depending upon the gearing chosen), the RF16 provided more than either EMD's F7 or Alco's FA-2 models.

For these reasons, the model became well-liked for its ability to pull heavy loads at slow speeds, a trademark of Westinghouse traction motors.

The model's internal components were outsourced to Westinghouse, which provided equipment for all of Baldwin's diesels.

The classification system for the RF16 was very straightforward, particularly compared to the earlier system: 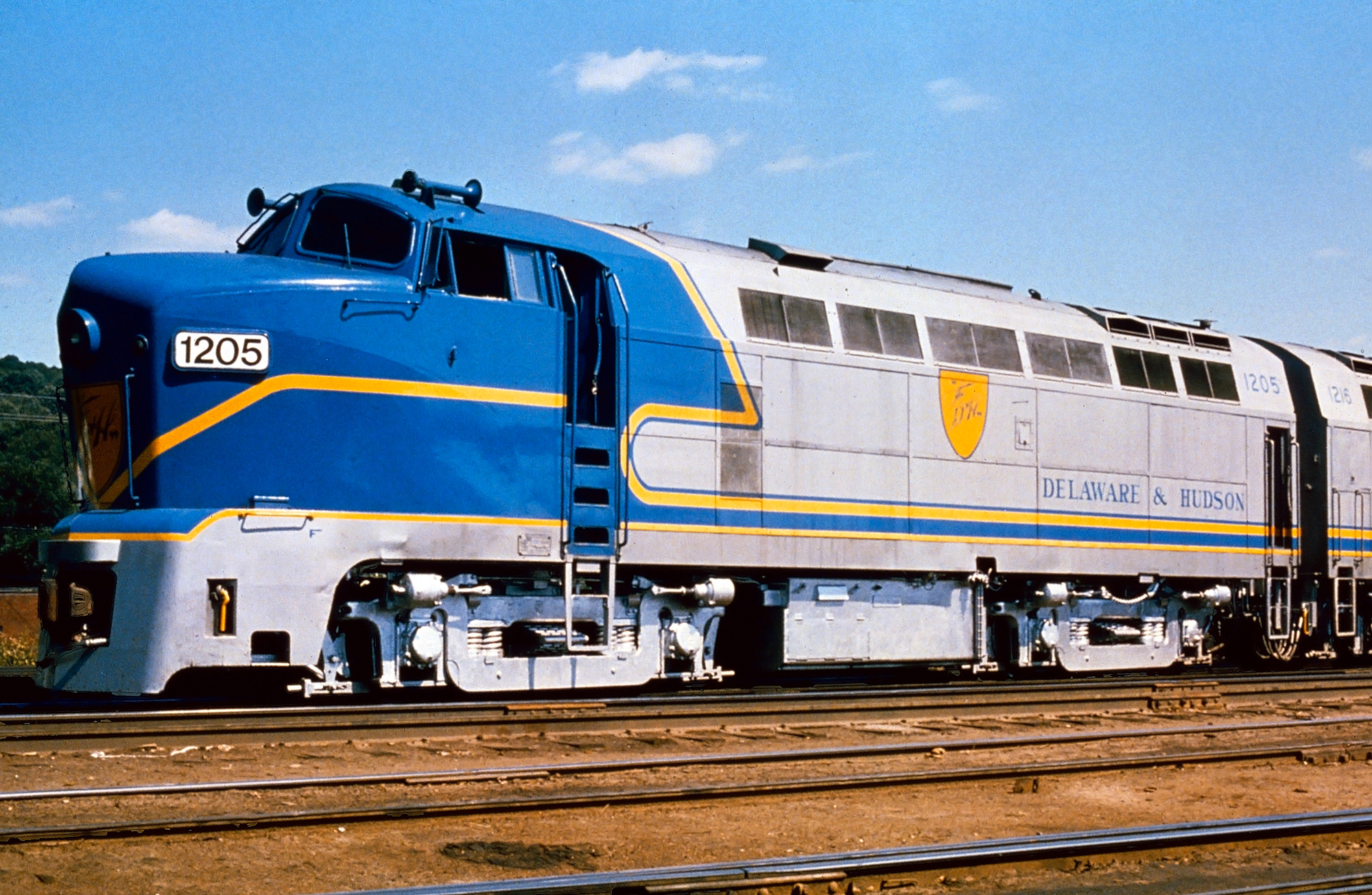 Delaware & Hudson's pair of RF16's, #1205 and #1216, circa 1975. This units were originally built for the New York Central and later worked on the Monongahela Railway. Mike Bledsoe photo. American-Rails.com collection.

Overall the RF16 sold fairly well although only three Class I railroads ultimately purchased it:

Among the group they bought 109 'A' units and 51 'B' units by the time production had ended in 1954. Additionally, the aforementioned Argentine State Railway purchased 51 units of a C-C design known as the RF-615E.

During the course of production, Baldwin made the following equipment updates: 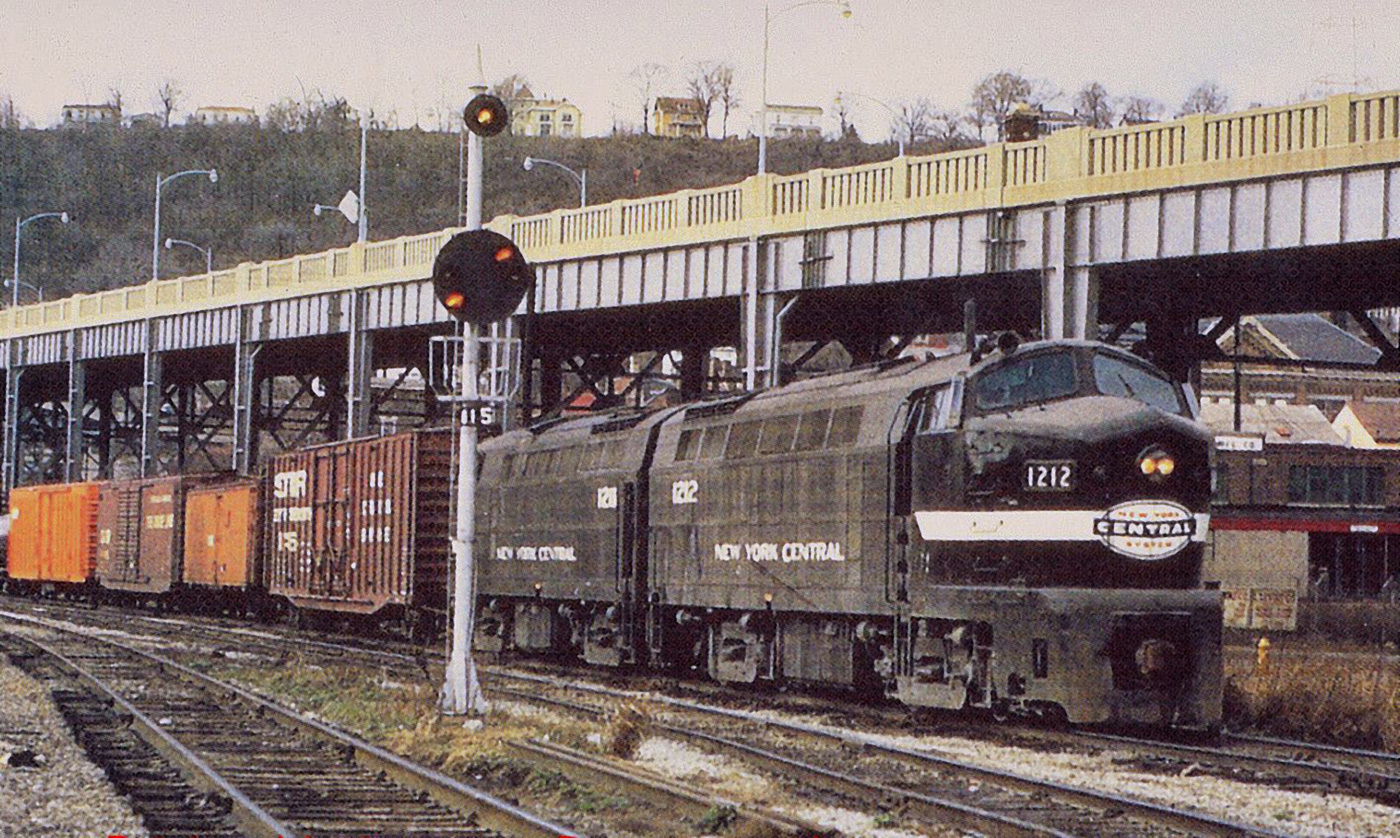 New York Central RF16's #1212 and #1211 are eastbound along the Ohio River to the west of downtown Cincinnati, Ohio with a mixed freight train on December 8, 1966. The U.S. Route 50/River Road viaduct can be seen adjacent to the train. It has since been replaced.

In 1962, the B&O began striking their RF16's from the roster; likely in response to Baldwin exiting the locomotive market.

In 1966, just a few years prior to the Penn Central merger the PRR sold or scrapped all of its RF16s while a year later the remaining units still serviceable on the NYC were sold to the Monongahela Railway for use in coal drag service.

In 1974 the Delaware & Hudson picked up Monongahela's two remaining RF16s from a scrap dealer and used them in freight service until 1978.

By the early 1980s they came under the ownership of the Escanaba & Lake Superior Railroad of Michigan and for many years now have been locked in a storage, away from public view.  The owner states they will be donated to a preservation group at some point in the future.