The American Locomotive Company (Alco) could seemingly never outdo the Electro-Motive Division for dominance in the early diesel locomotive market.

Despite this, the company would develop one of the most important layouts for how all future diesel locomotives would be built; the RS1, which pioneered the original road-switcher design.

Not only would EMD go on to use the carbody style in its later General Purpose (GP) series but also the offset cab layout is still used today by General Electric and successor Electro-Motive Diesel.

The RS1 was in production longer than any other model at the time, remaining in Alco's catalog for nearly 20 years. Today, you can still find a handful of these rugged workers preserved at various museums around the country some of which are still operational. 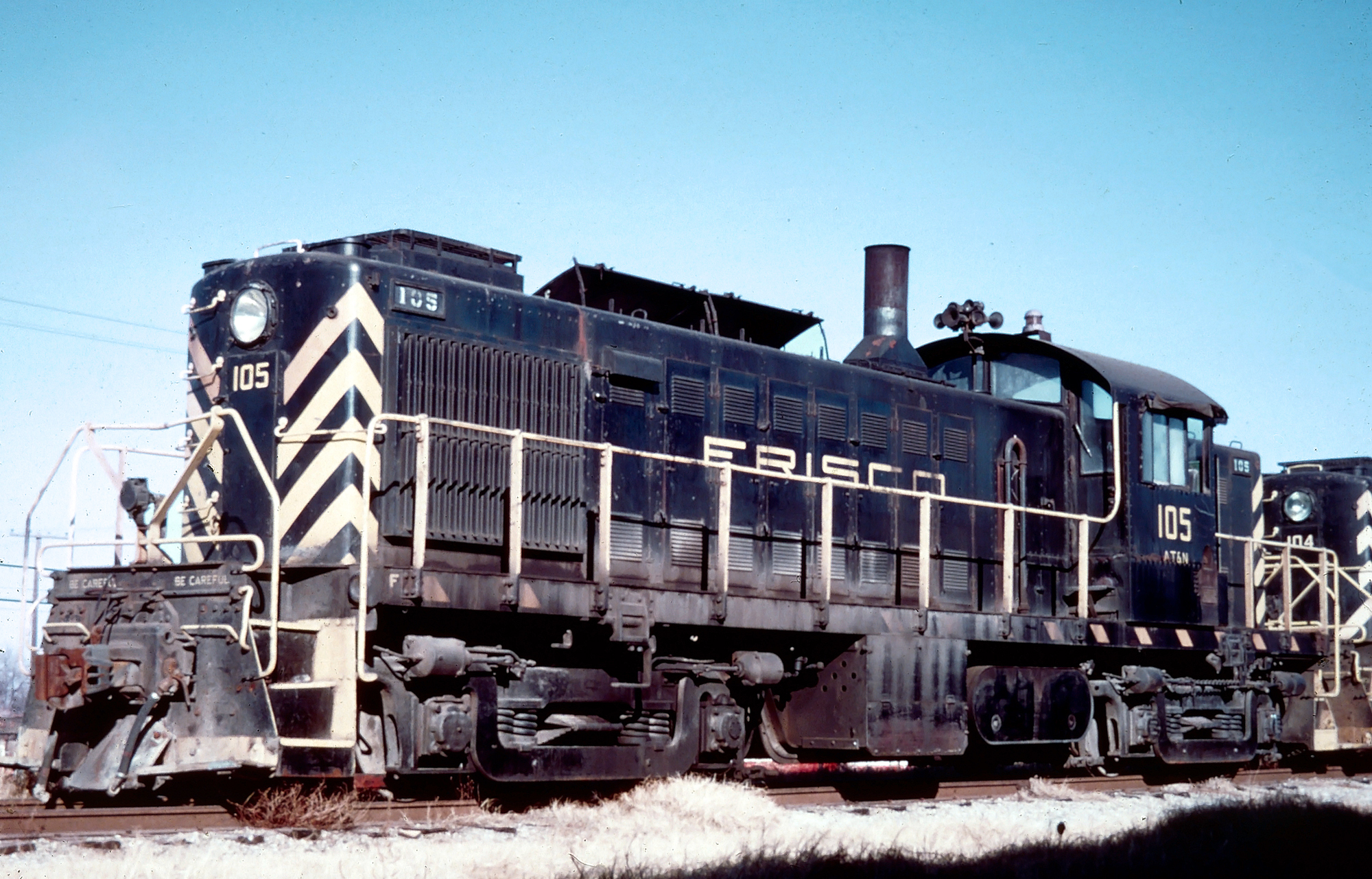 The Alco RS1 was released by the builder in early 1941 just a few years after the Electro-Motive Corporation's popular FT cab design, which had dazzled railroads around the country with its respectable horsepower and incredible maintenance savings.

The locomotive was marketing sensation that proved diesels could be used in standard road service.

While Alco would release the rather unsuccessful DL series, its first cab designs cataloged in 1939, the builder's first real competitor to Electro-Motive's FT was the PA and FA models release directly after World War II.

The RS1 was the first in its long line of Road Switcher models that ended in 1963 with the RS36.   Alco's history with switchers dated all of the way back to its demonstrator HH300 models (High Hood) of the early 1930s.

These early models were more of test designs (which also included the HH600, HH660, HH900, and HH1000) built in conjunction with Westinghouse and McIntosh & Seymore. 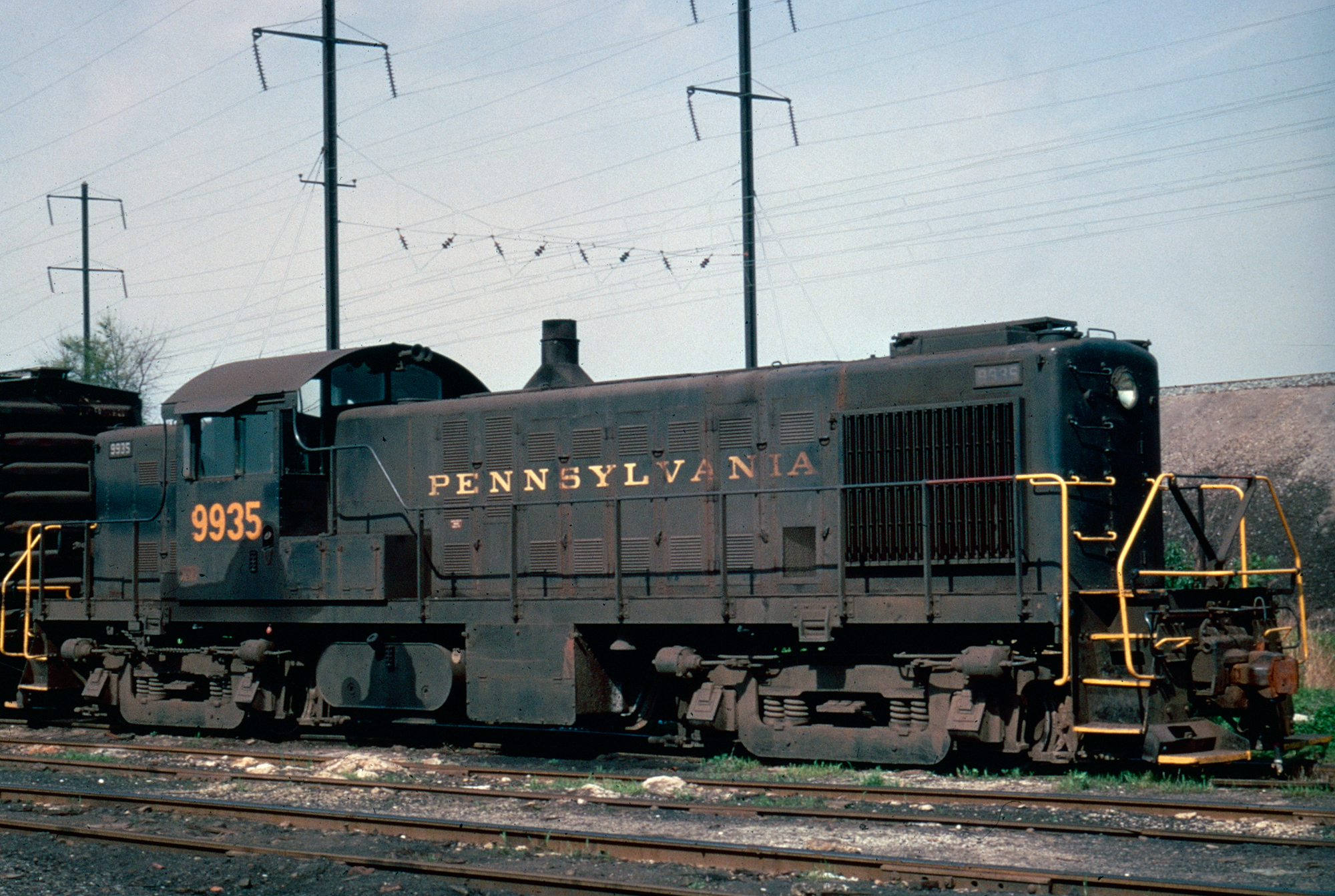 It's the early Penn Central era as a former Pennsylvania RS-1 lays over in Bristol, Pennsylvania along the Northeast Corridor during the spring of 1968. Author's collection.

They were given slight design features from famed industrial designer Otto Kuhler and most noteworthy is that they were the first to employ raised cabs for better visibility, so commonly employed in today's locomotives.

Designed by Westinghouse as the "visibility cab", they were normally wider and taller than the engine hood providing crews with better visibility featuring an arched roof line. Alco would go on to use this cab design through its later RS series. 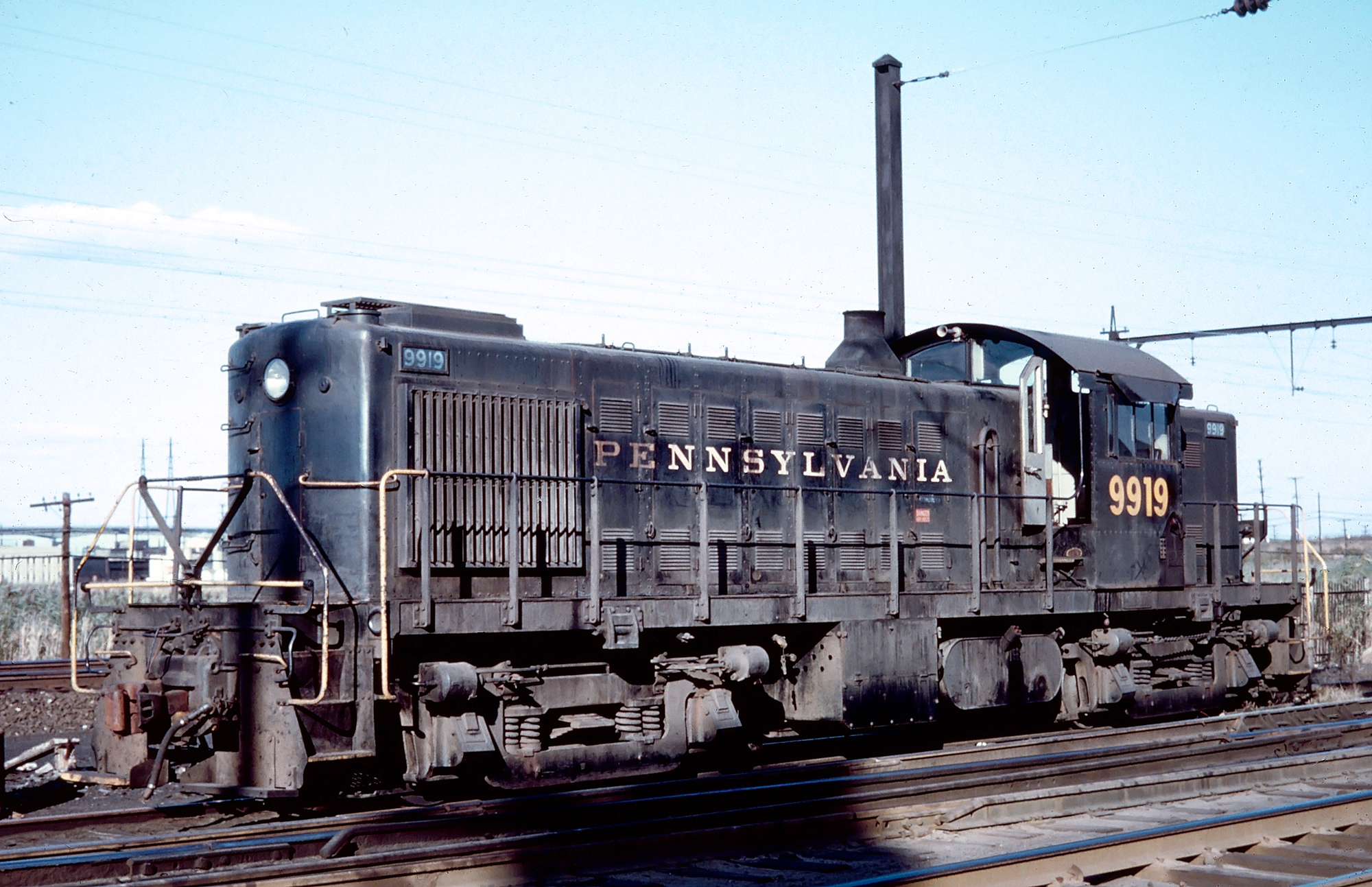 Understanding the application in which the RS1 was intended to be used, Alco looked to give the model enough horsepower for freight service but also make it light enough for use in yard and switcher service.

As such, it featured a long hood to house the builder's first prime mover (also used in the DL series), the 539T (actually developed by McIntosh & Seymore as well). Additionally, the cab was placed offset of the frame, giving it a front, short hood which usually housed a boiler for use in passenger service. 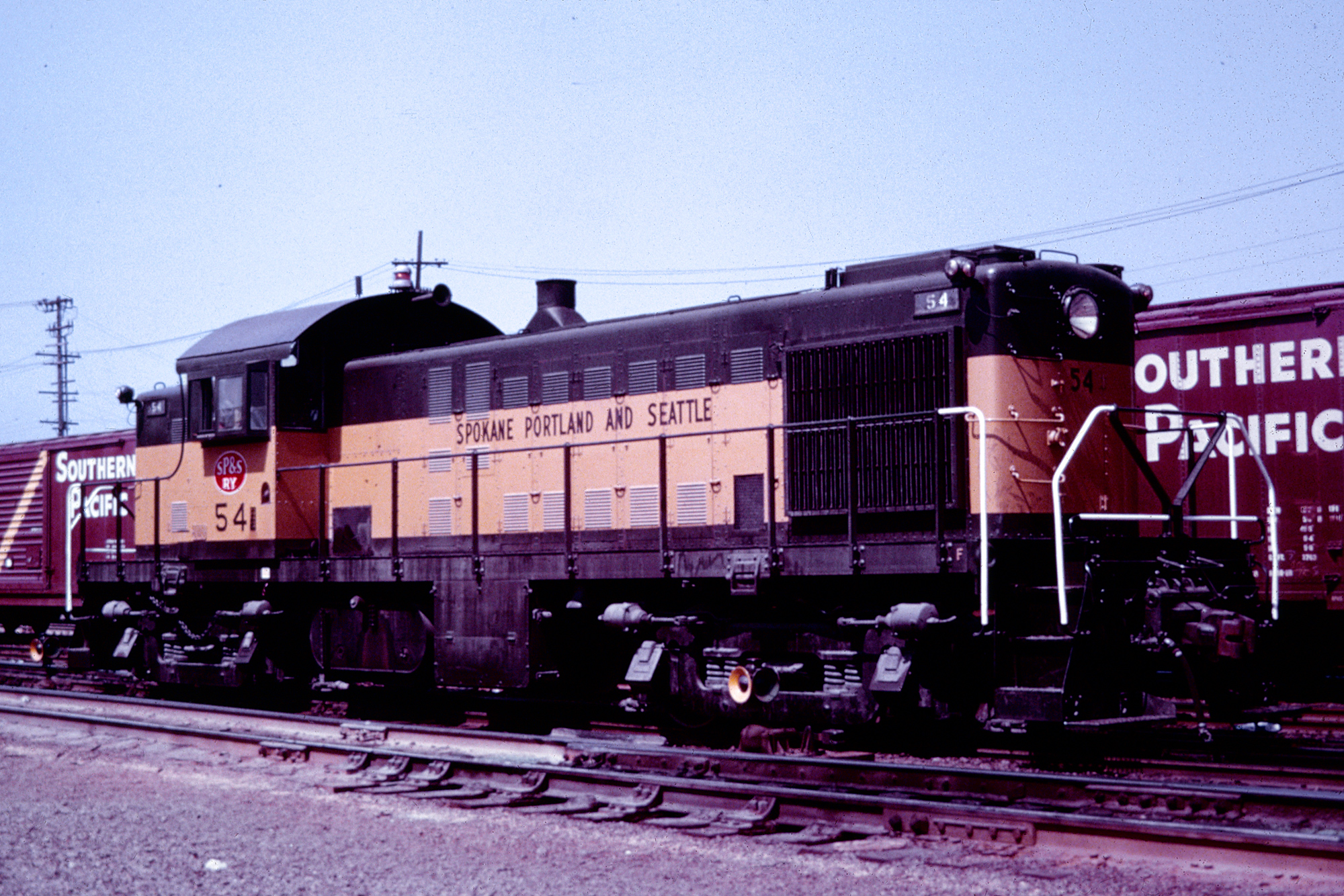 Interestingly, the initial idea for the RS1 came from the Chicago, Rock Island & Pacific (otherwise known as the Rock Island, a loyal Alco customer), which was looking for a branch line switcher that could be used in all types of applications.

The original RS1 most resembles its shorter predecessors the switcher "S" series, and carries the same sharp angles as these models.

Rated at only 1,000 horsepower (which did include a turbocharger) and plainly labeled by their manufacturer (Road Switcher, 1st model), they quickly caught on with the railroads and lasted in Alco’s catalog until 1960, longer than both the later RS2 and RS3 models.

Alco also built a C-C version of the RS1 known as the RSD1, which was built almost exclusively for the U.S. Army (a few of which are still preserved today).

Prior to the start of World War II there were thirteen RS1's produced for five different railroads.

Please refer to the table below.  These locomotives were later requisitioned by the U.S. Army for use on the Trans-Iranian Railway to supply Russia with war materiel during the conflict.

The locomotives were based out of the Port of Bandar Shahpur on the Persian Gulf, running 685 miles largely through an arid, desert environment before entering elevations of 7,000 feet.

The Army had Alco retrofit the units with tapered cabs and change the roof line to meet tunnel clearances.  In addition, the B-B, four-axle trucks were swapped out for C-C, six-axle trucks (all-powered).  These were essentially the first "RSD-1" models.

New locomotives were later built for the original railroads (paid for by the U.S. government) to replace those requisitioned, in April and May of 1943 (1946 for the Tennessee Coal, Iron & Railroad).

The six-axle version came in either a C-C or A1A-A1A truck setup.  In the end, the builder was still able to produce more than 250 RSD1s.

The standard RS1 came in a B-B truck setup (four axles) and could produce 34,000 pounds of tractive effort with a top speed of 60 mph (although it rarely ever reached such speeds). It was quite short at just 54 feet, 11 inches and also featured a very low profile.

Overall, the model weighed just 120 tons and featured electrical and other components from both General Electric and Westinghouse. With the Rock Island's original request it was one of the initial railroads to receive the model when the first batches were completed in March of 1941, delivered to: 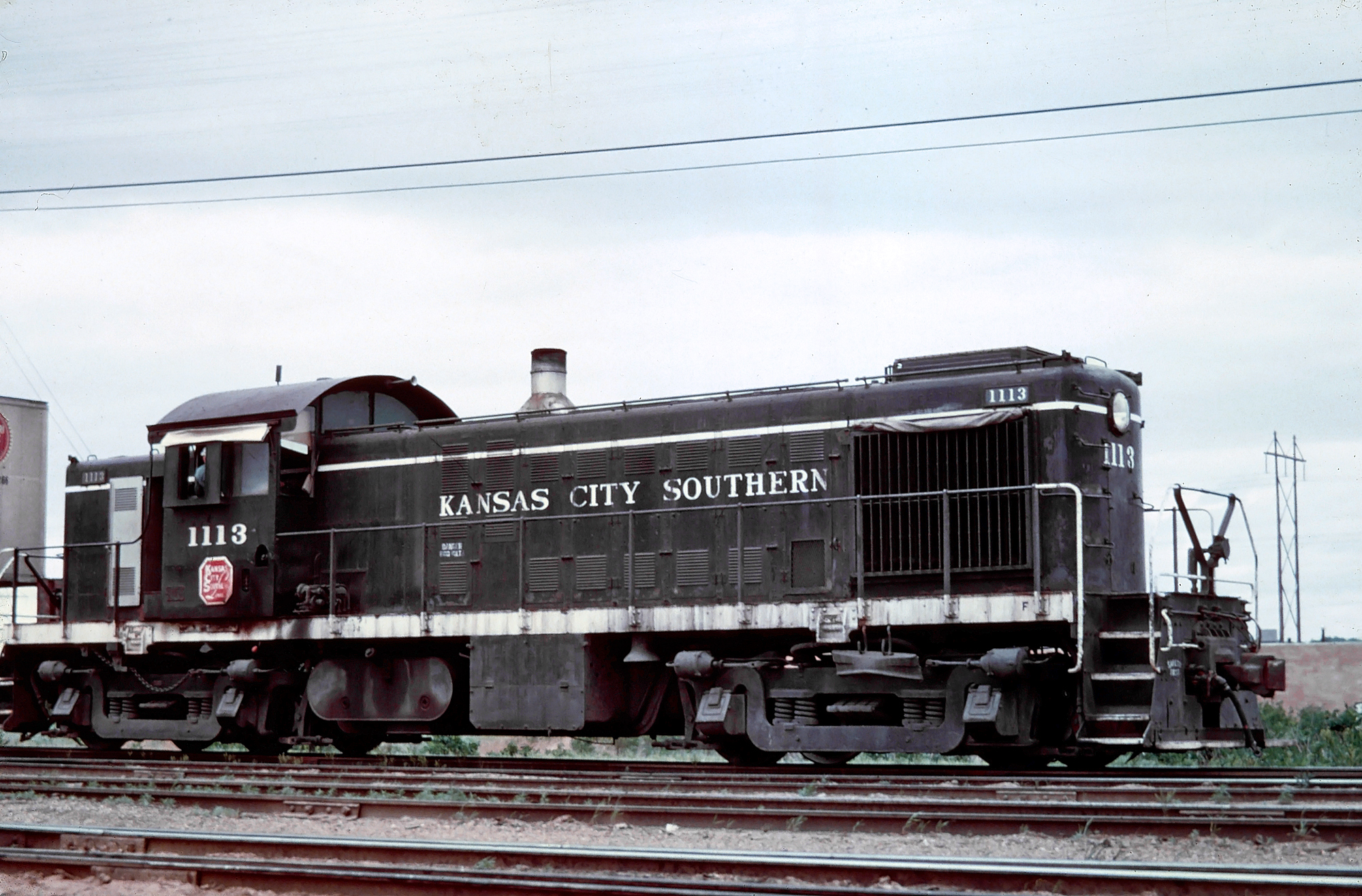 Despite only modest sales numbers the Alco RS1 could be found on railroads across the country from the Pennsylvania and New York Central to the Milwaukee Road and Union Pacific.

Perhaps these modest sales numbers was due to the fact that railroads were simply testing the waters but whatever the case the success of the RS series witnessed after the initial model was quite astounding.

The later RS2 and RS3 sold thousands to several railroads and private industries, offering just the right blend of size and power.

Unfortunately, later models could not replicate the same success and throughout the 1950s Alco lost ground to EMD.