The RT624 followed Baldwin's earlier transfer model, the DT-6-6-2000.  It is incredibly surprising the manufacturer elected to catalog a second such variant after the original's dismal sales performance.

The new model was part of Baldwin's new Standard Line that was introduced in 1950.  The then Baldwin-Lima-Hamilton Corporation's (BLH) last transfer switcher was another failure as railroads were not interested in such a specialized design.

BLH was formed in 1951 through Baldwin Locomotive Works' takeover of the Lima-Hamilton Corporation.

Both companies were under the control of Westinghouse who, unfortunately, had little interest in remaining in the locomotive market.

Sadly, this was not a feeling shared by Baldwin's top management which had a serious interest in revamping the company into a major player in the market.

Alas, without Westinghouse's blessing, BLH was forced to end production.  The industry's most recognized, and longest continually operating manufacturer, shutdown in 1956. 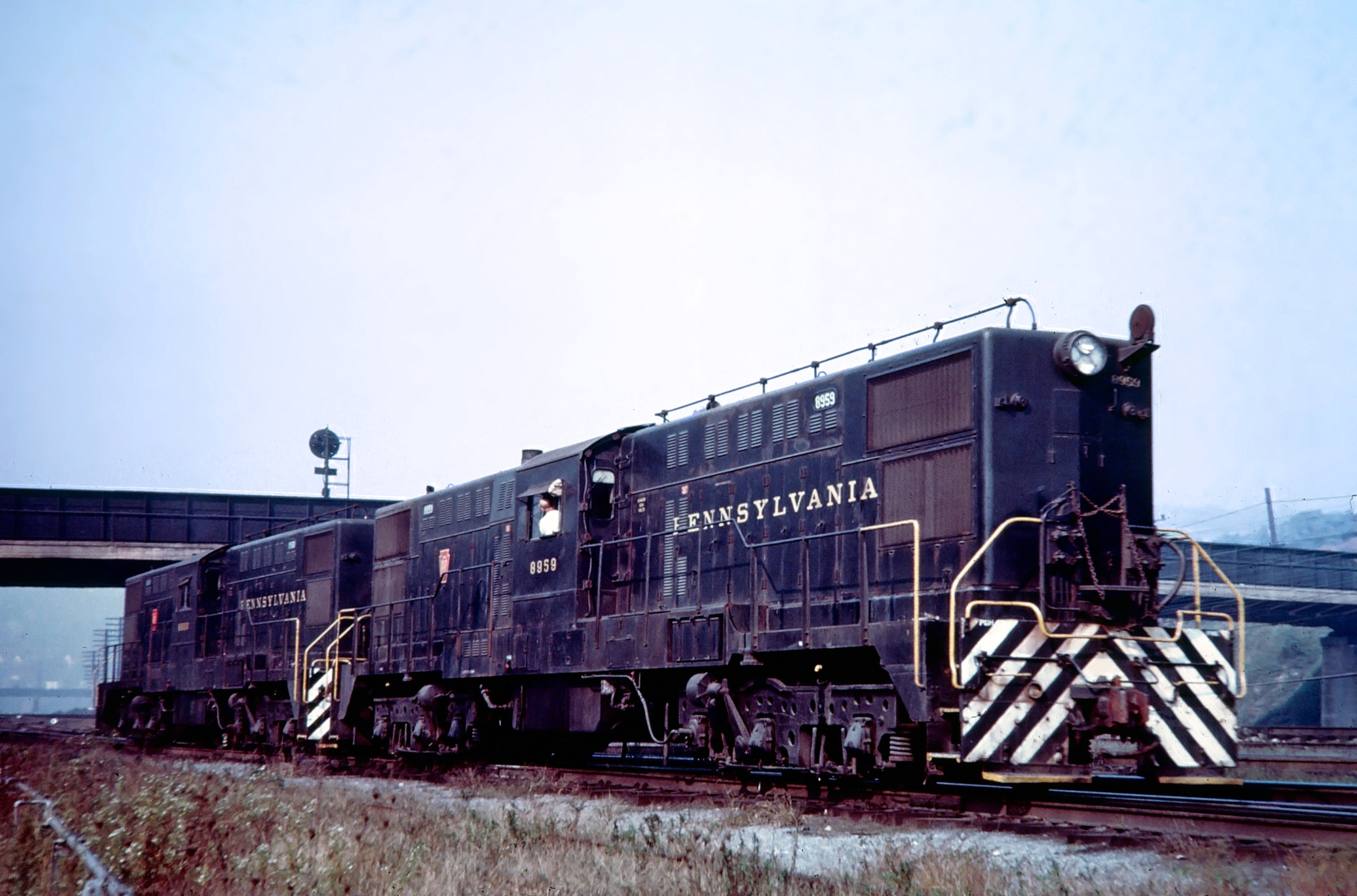 A pair of Pennsylvania RT624 transfer switchers, #8959 and #8960, run light through the yard at Pitcairn, Pennsylvania, circa 1965. American-Rails.com collection.

The new system included the number of powered axles and horsepower.  In the case of the RT624:

Baldwin's reasoning for dropping the previous designation was the discontinuance of steam locomotive production in 1949.

Prior to that time the builder had utilized lettering to differentiate diesel models from steam such as:

In their place Baldwin used:

These prime movers could produce 1,200 horsepower each compared against the 606SC's 1,000 horsepower.  The locomotive also featured upgraded variants of the main generator, auxiliary generator, and traction motors.

The Elgin, Joliet & Eastern, Chicago's successful belt line carrier that avoided the city's downtown congestion, was not interested in the follow-up model.

Only the Pennsylvania and Minneapolis, Northfield & Southern (a short line which served the Twin Cities region) bought the RT624. 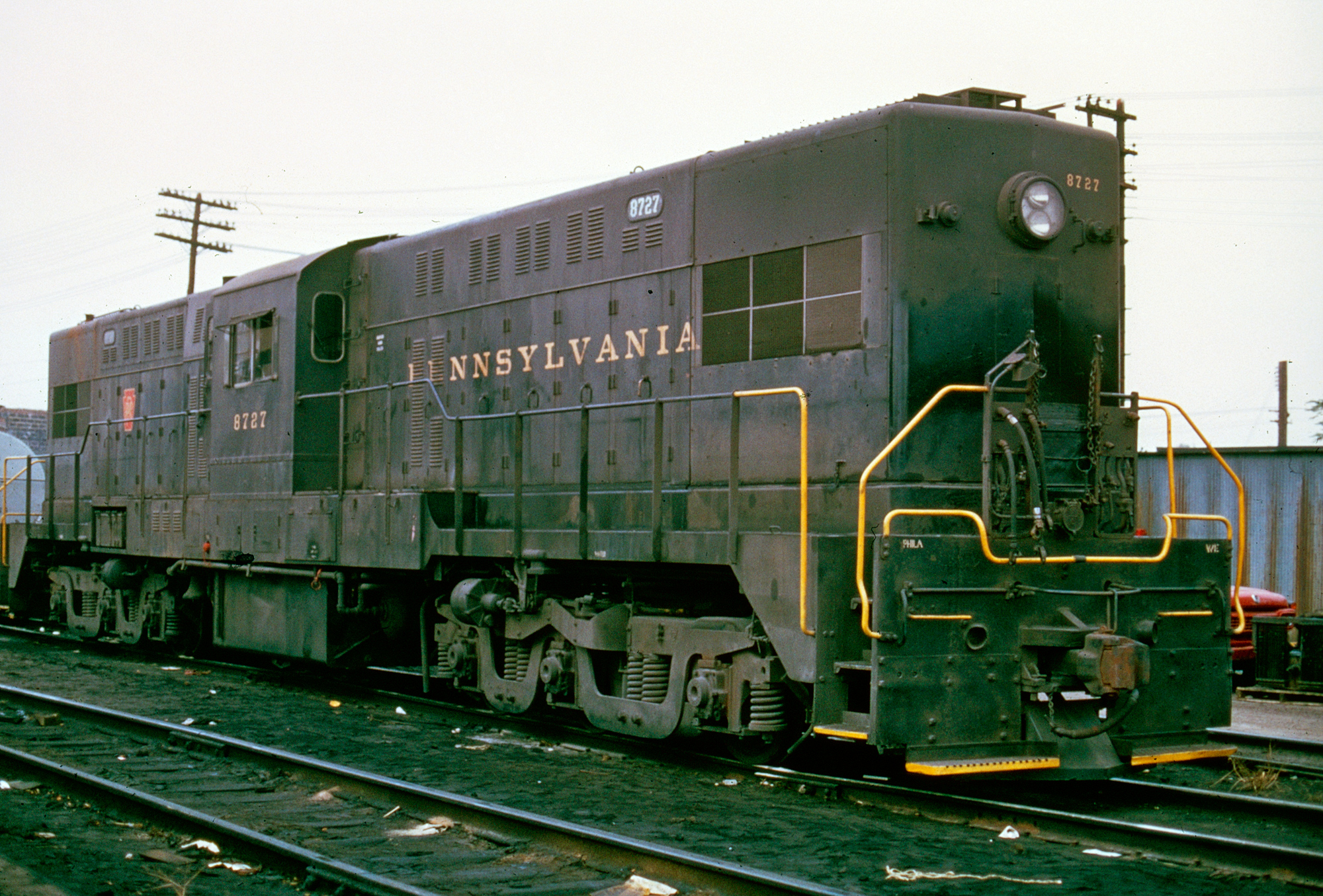 Once again, one of the model's most marketable features was its incredible tractive effort, which was even higher than the DT-6-6-2000; 106,200 pounds starting and 72,900 continuous (an optional gearing of 15:68 increased the continuous rating to 78,750 pounds).

BLH truly meant for the locomotive to be used in heavy drag service as it had the beef and muscle to do so.

Another issue hurting the locomotive's potential sales was the lack of dynamic braking or multiple unit (MU) capability as a standard option.

Today, the  RT624 is one of just a few models it produced that is not preserved (although one DT-6-6-2000 does remain at the Illinois Railway Museum).