There was also the Carolina Special, which ran due south and then turned east to Asheville where the train split to reach eastern connections in the Carolinas.

It was one of three trains the railroad offered to the resort city located within the beautiful Blue Ridge Mountains of western North Carolina (the others being the Asheville Special and Skyland Special).

The Carolina Special was never streamlined but remained popular for many years thanks to the incredible scenery it afforded through the eastern Appalachians.  The train survived on the Southern's timetable until the late 1960s when declining patronage forced its cancellation.

The Southern's Queen & Crescent Route, which connected Cincinnati with New Orleans via Chattanooga and Birmingham, grew into its most densely trafficked line according to Mike Schafer's, "More Classic American Railroads." 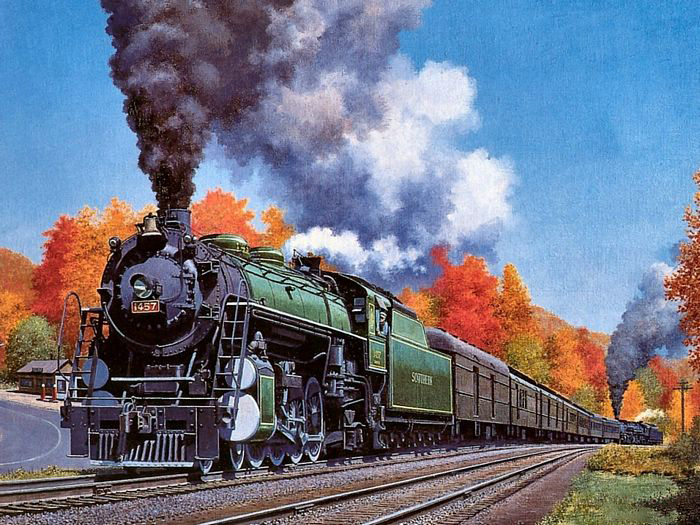 The CNO&TP comprised the Chattanooga-Cincinnati segment and was otherwise known as the fabled "Rathole Division" since the route was riddled with numerous bridges and tunnels (the latter of which once totaled 27 in all).

As mentioned above the railroad amassed quite a fleet of passenger trains serving this route with the Carolina Special inaugurated on January 2, 1911.

Heading south from Cincinnati the train's routing carried it over the Rathole to Oakdale/Harriman Junction, Tennessee; it then continued east towards Asheville via Knoxville and Morristown.  Dubbed as "The Land Of The Sky" Asheville's location within the Blue Ridge Mountains and nearby Great Smoky Mountains made it a popular vacation and resort destination during the early 20th century.

This was not lost on the Southern which hosted three different named trains to the city, all bound to and from the different geographical regions within its network (Northeast, Midwest, and Deep South).

At Asheville the Special was split and passengers had two options if they were not disembarking there; continue east to Goldsboro, North Carolina (east of Raleigh) or head south to the historic coastal city of Charleston, South Carolina via Columbia.

Not far east of Asheville train crews as part of the Charleston leg were greeted to the harrowing experience of tackling Saluda Grade, a tortuous 4%-5% grade over Melrose Mountain.

As was typical of Southern's trains with first-class accommodations the Carolina Special's original consist during this early era included Pullman sleepers, a diner, reclining seat coaches, and a heavyweight observation.

Early power for the Special consisted of 4-6-2 Pacifics although the ruggedness of the territory and heavy steel equipment made it difficult for them to sustain proper running times. 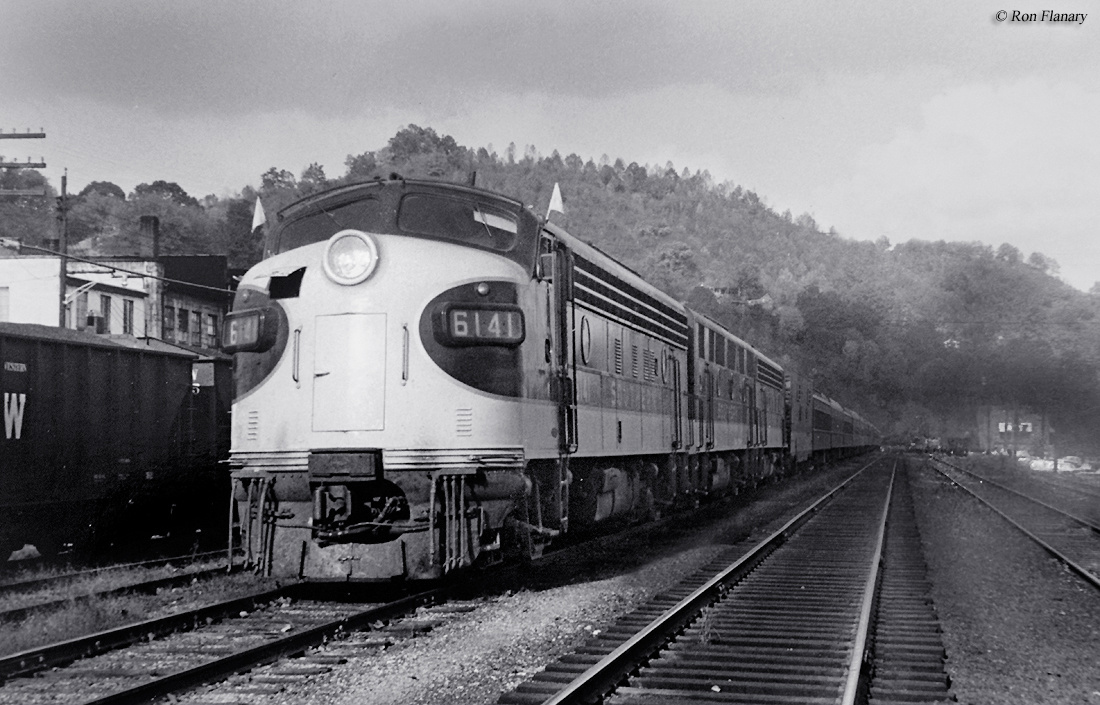 As a result, they were replaced by the 1920s with more powerful 4-8-2 Mountains and 2-8-2 Mikados.  After the 1920s these steamers were adorned in a gorgeous livery of Virginia Green with gold trim, which helped add to the aura of Southern's elegance.

Diesels began arriving during the 1940s; first was  Electro-Motive E6s but later included E7s, E8s, and even FP7s as those models arrived on the property a few years later.

The Special never carried a full consist of streamlined, lightweight equipment, which was only reserved for the railroad's most prestigious trains like the Southerner, Crescent, and Tennessean.

However, it did occasionally run with rebuilt heavyweight equipment.  By the early 1960s the train was seeing considerable cutbacks; service was truncated to Columbia, South Carolina and Greensboro, North Carolina at this time.

(The below Carolina Special timetable is dated to August, 1964.  Note that through service to Chicago at this time was still available via the Pennsylvania Railroad.) 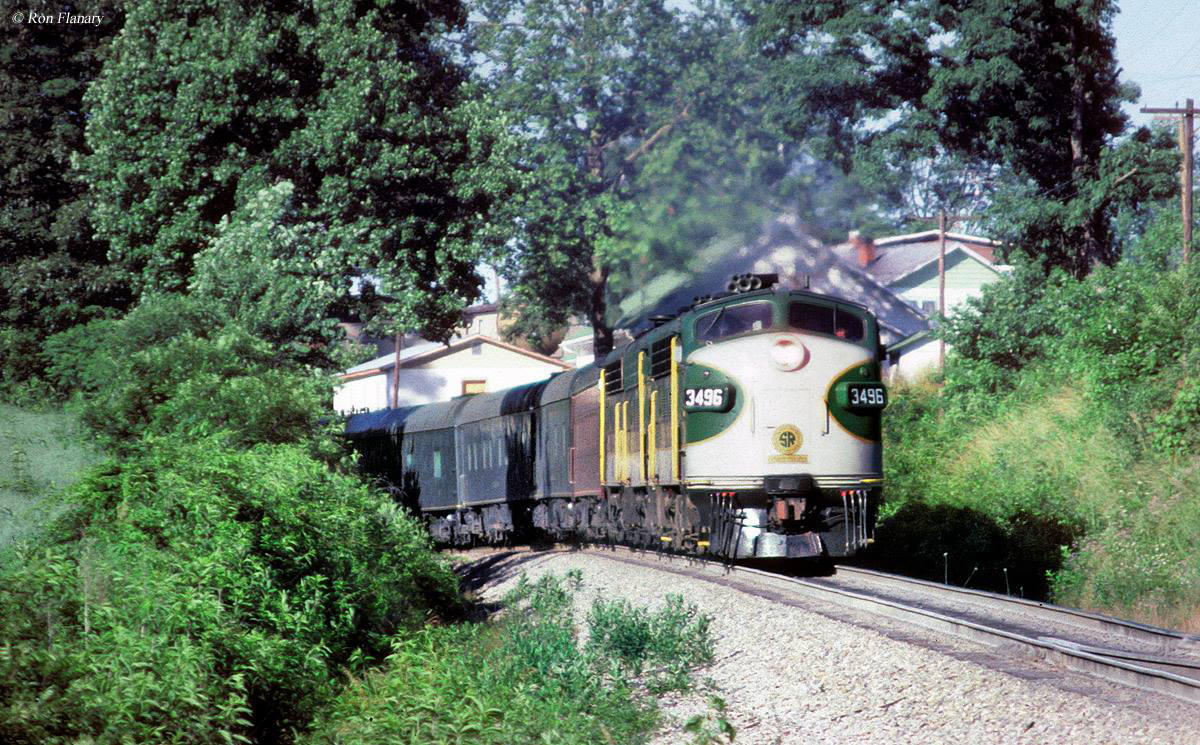 Even then, however it was a fine run according to photographer Jim McClellan in Tom Murray's book, "Southern Railway," where he notes the train was "...one of the great rides on the Southern Railway System."

During its final years the Special carried a considerable amount of head-end equipment (mail/express/RPO) with reclining seat coaches, a diner, and a sleeper still available to Columbia.

It survived as one of the Southern's final trains still on the timetable during the late 1960s.  However, it was gone prior to the start of Amtrak (only the Southern Crescent, Asheville Special, and Piedmont were still operated by the railroad after this time) and was canceled entirely after December 5, 1968.