"Streamliners At Spencer" was a special event held by the North Carolina Transportation Museum at its facility in Spencer during one extended weekend from late May through early June of 2014.

The event was originally inspired by Norfolk Southern's Heritage Program, which featured a one-of-a-kind "Family Portrait" around the museum's large turntable during the July 4th holiday in 2012 displaying its twenty locomotives adorned in authentic, "fallen flag" liveries of the companies comprising the present-day NS system.

This latest endeavor likely achieved the level of popularity witnessed at the NS event considering the number of rare locomotives that were attendance.

During November of 2013 the North Carolina Transportation Museum announced another kind of heritage event being held at its premises called Streamliners At Spencer. 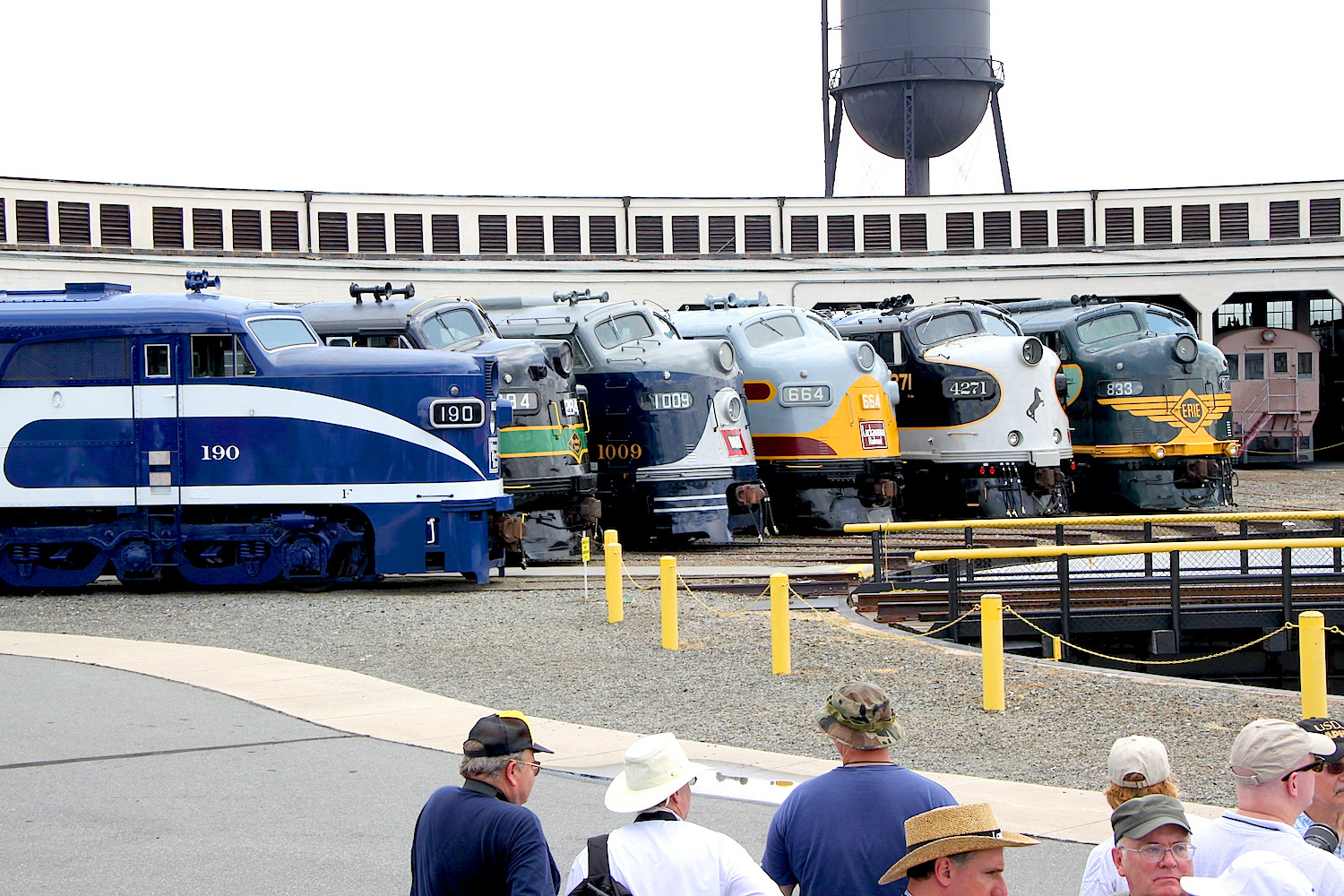 A collection of streamlined motive power, including Nickel Plate PA #190, sit around the turntable in Spencer, North Carolina during the spring of 2014. Warren Calloway photo.

Thanks to the success wrought by the Norfolk Southern's celebration mentioned above the museum recaptured the magic while teaching the history of railroads in this country, particularly the fabled streamlined passenger trains that operated across the country from the mid-1930s until the start of Amtrak on May 1, 1971.

Similar to the NS event the museum organized another family portrait scene around the turntable/roundhouse complex while allowing some of the operable units to pull short excursions or pose for photo ops at certain locations (such as the restored Barber Junction depot).

In all, there were twenty-six locomotives in attendance including Norfolk & Western's famous J Class 4-8-4 #611 and the only soon-to-be operable Alco PA, Nickel Plate Road #190 (all listed below).

A handful are owned by the museum itself while others will be traveling to take part in the fun.  The locomotives currently expected to attend include (in alphabetical order): 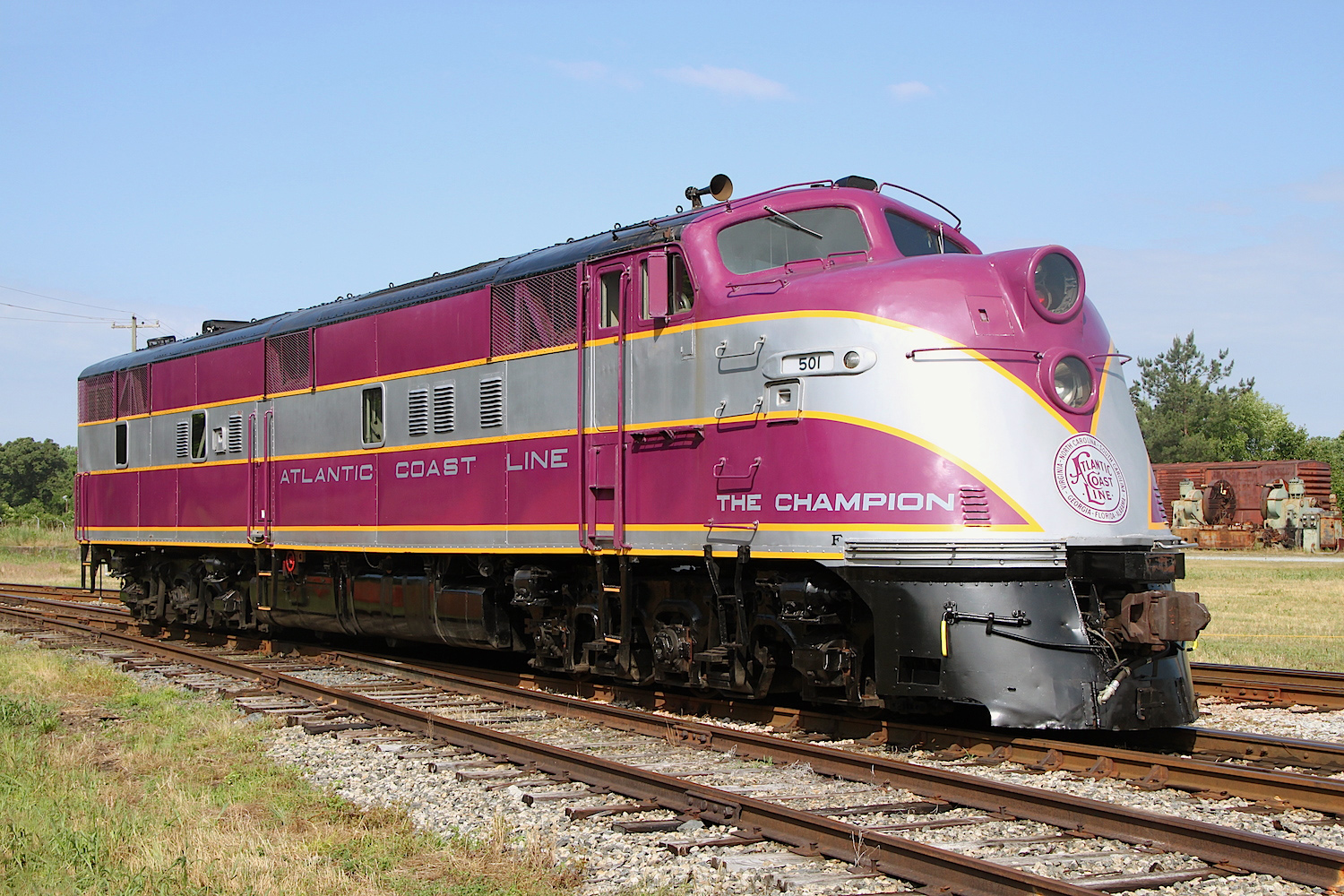 Atlantic Coast Line E3A #501. This locomotive was later upgraded to E6A specifications but is the last surviving example of an E3 ever built, originally constructed for the ACL in 1939 for its new "Champion" streamliner. Warren Calloway photo. 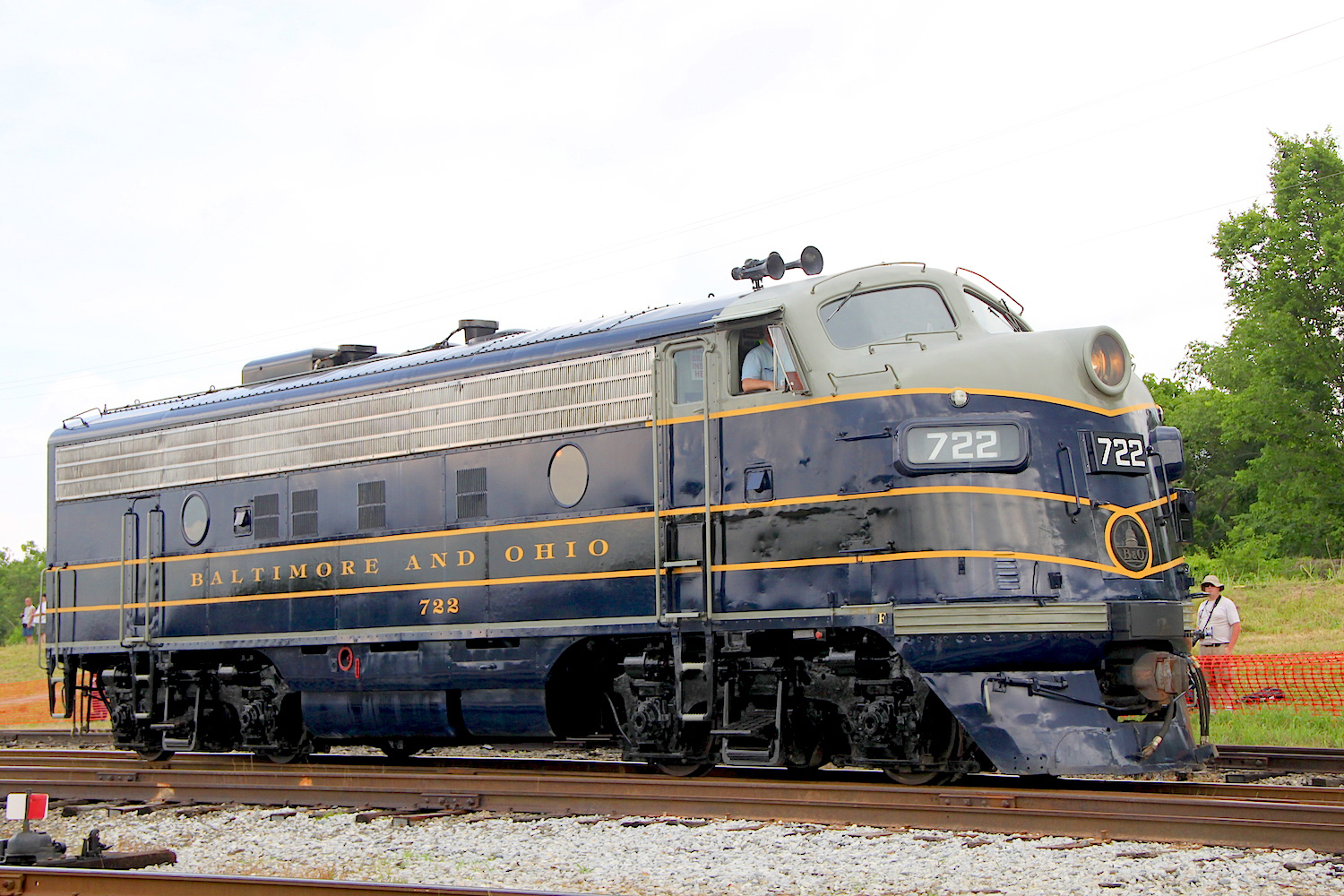 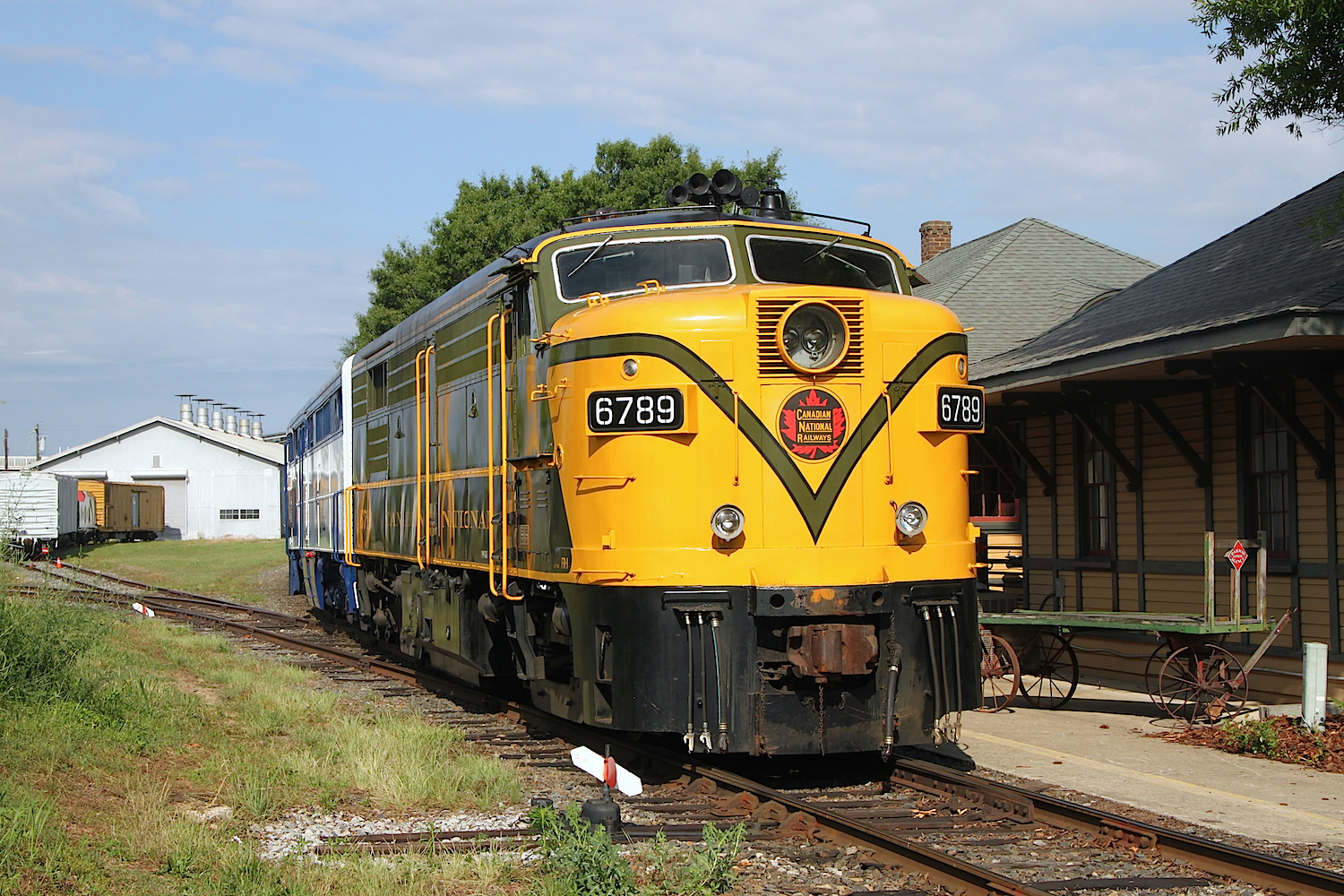 Canadian National FPA-4 #6789. This locomotive was a 1959 product of the Montreal Locomotive Works and later worked for VIA Rail. Warren Calloway photo. 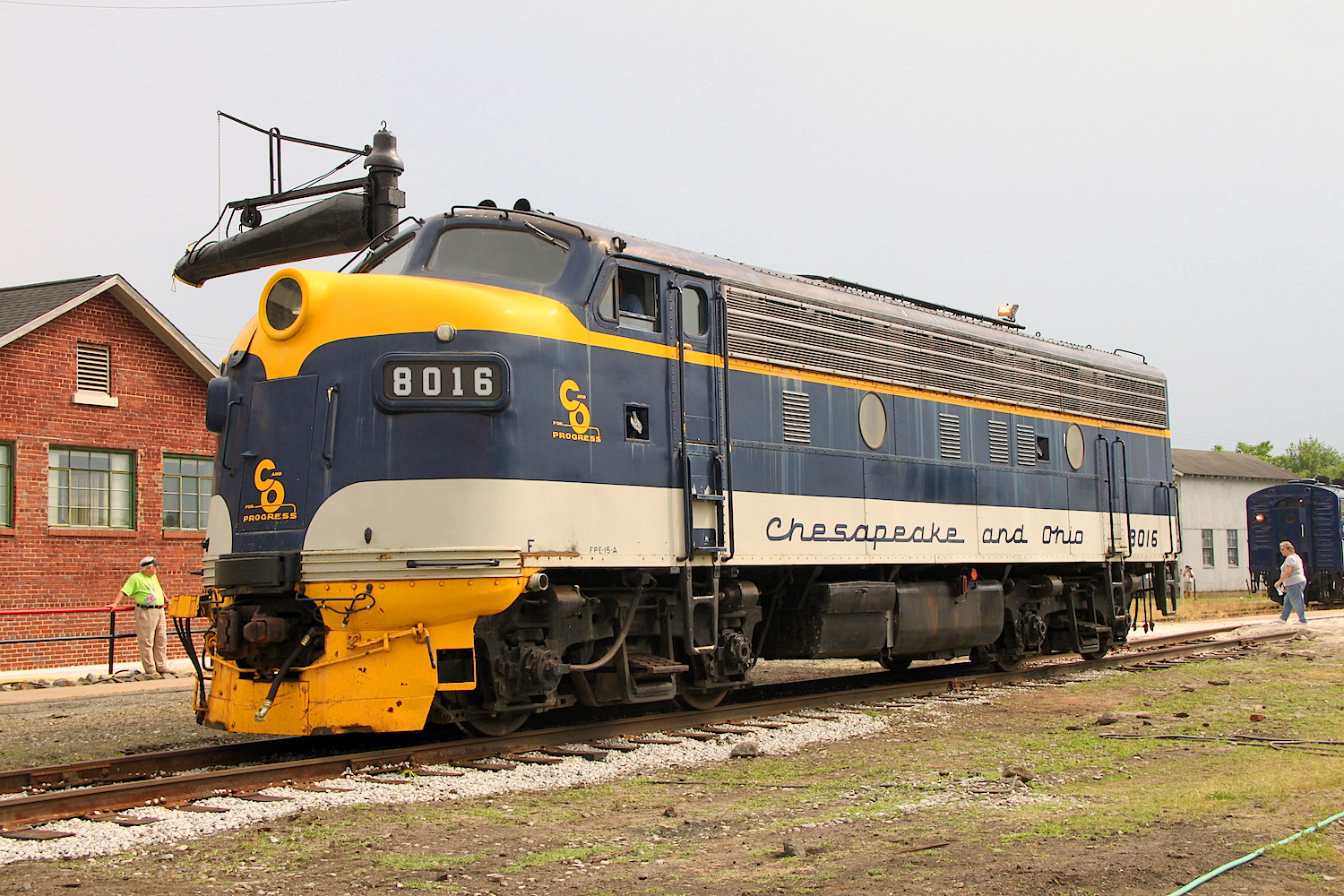 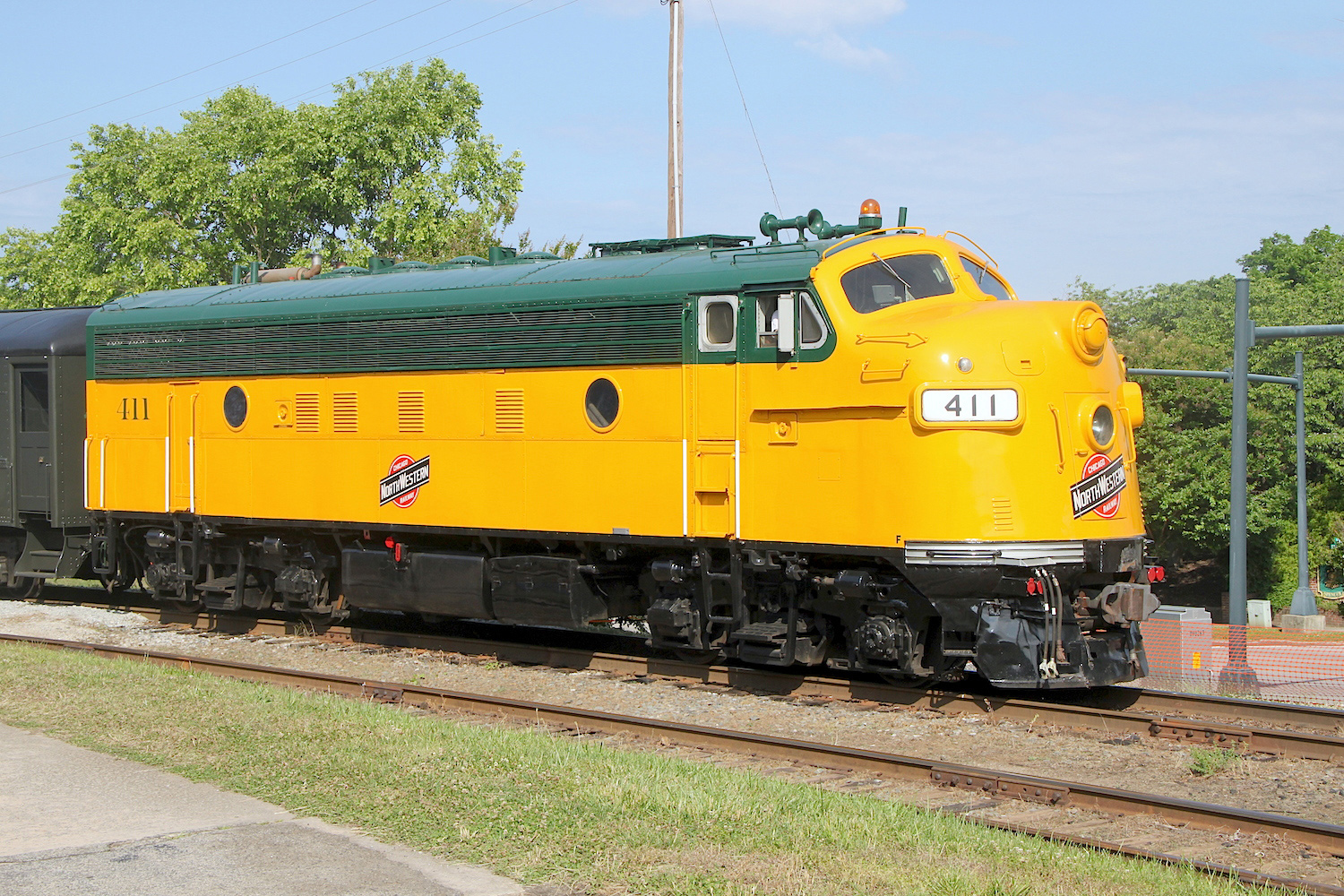 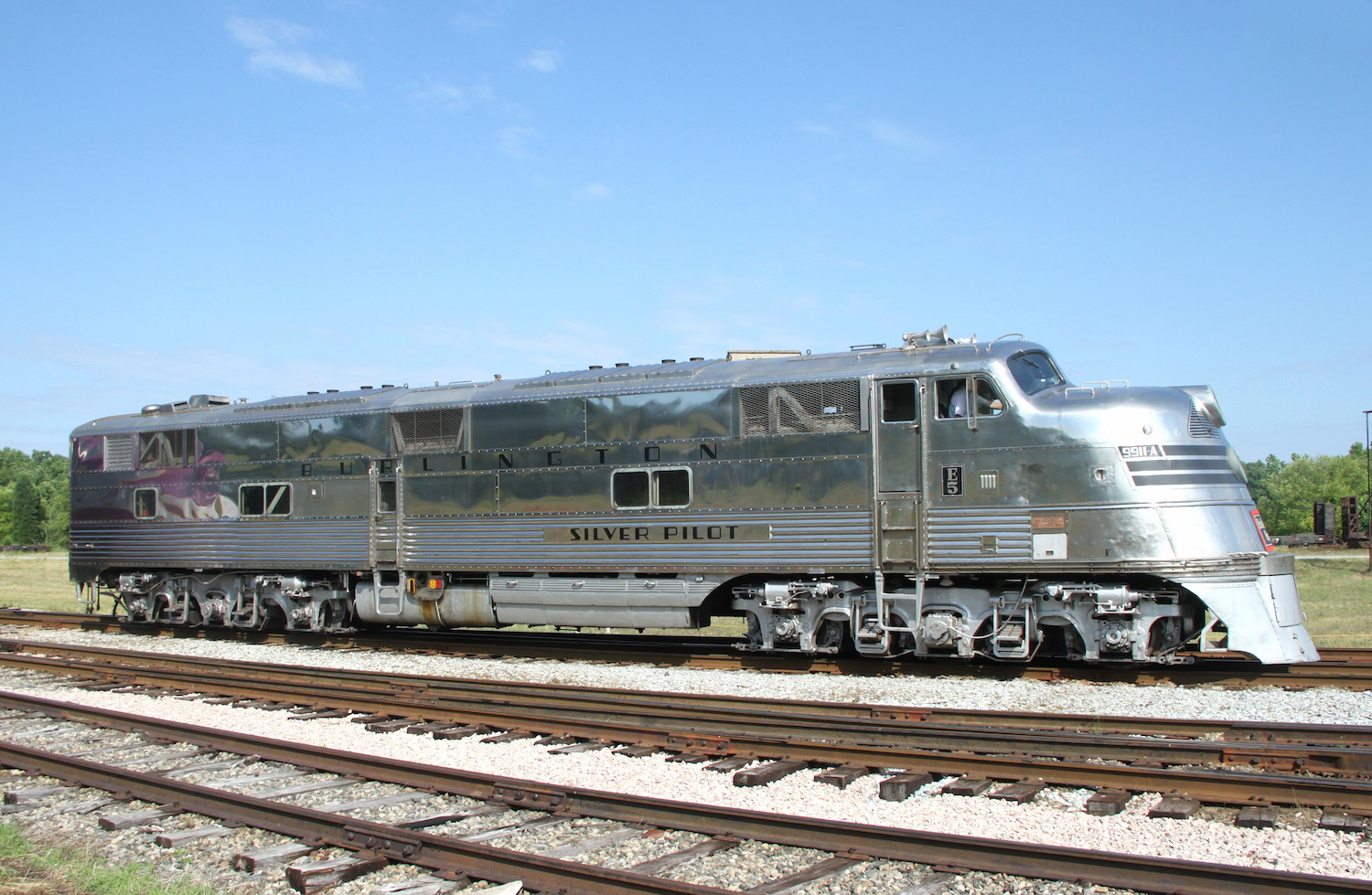 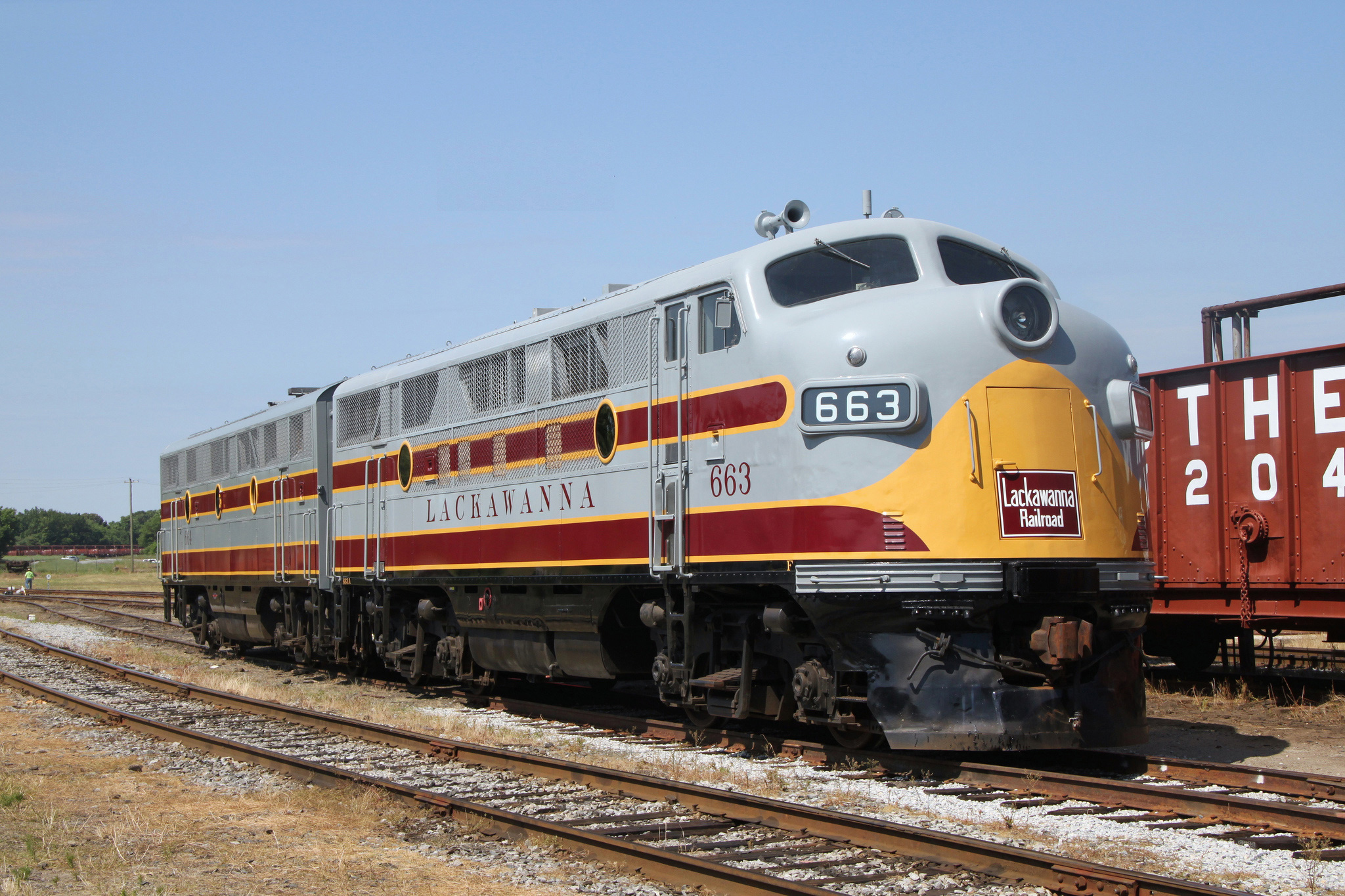 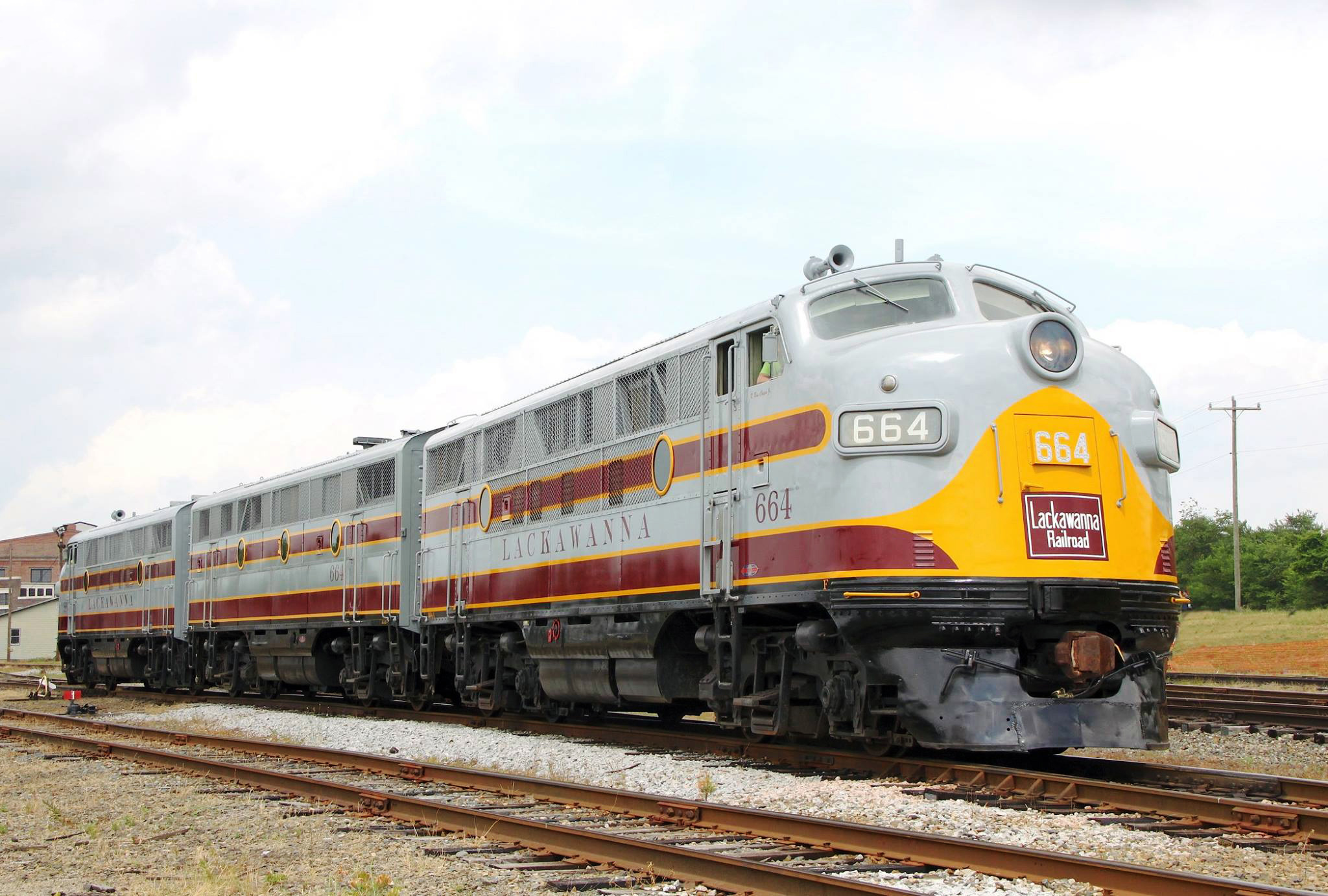 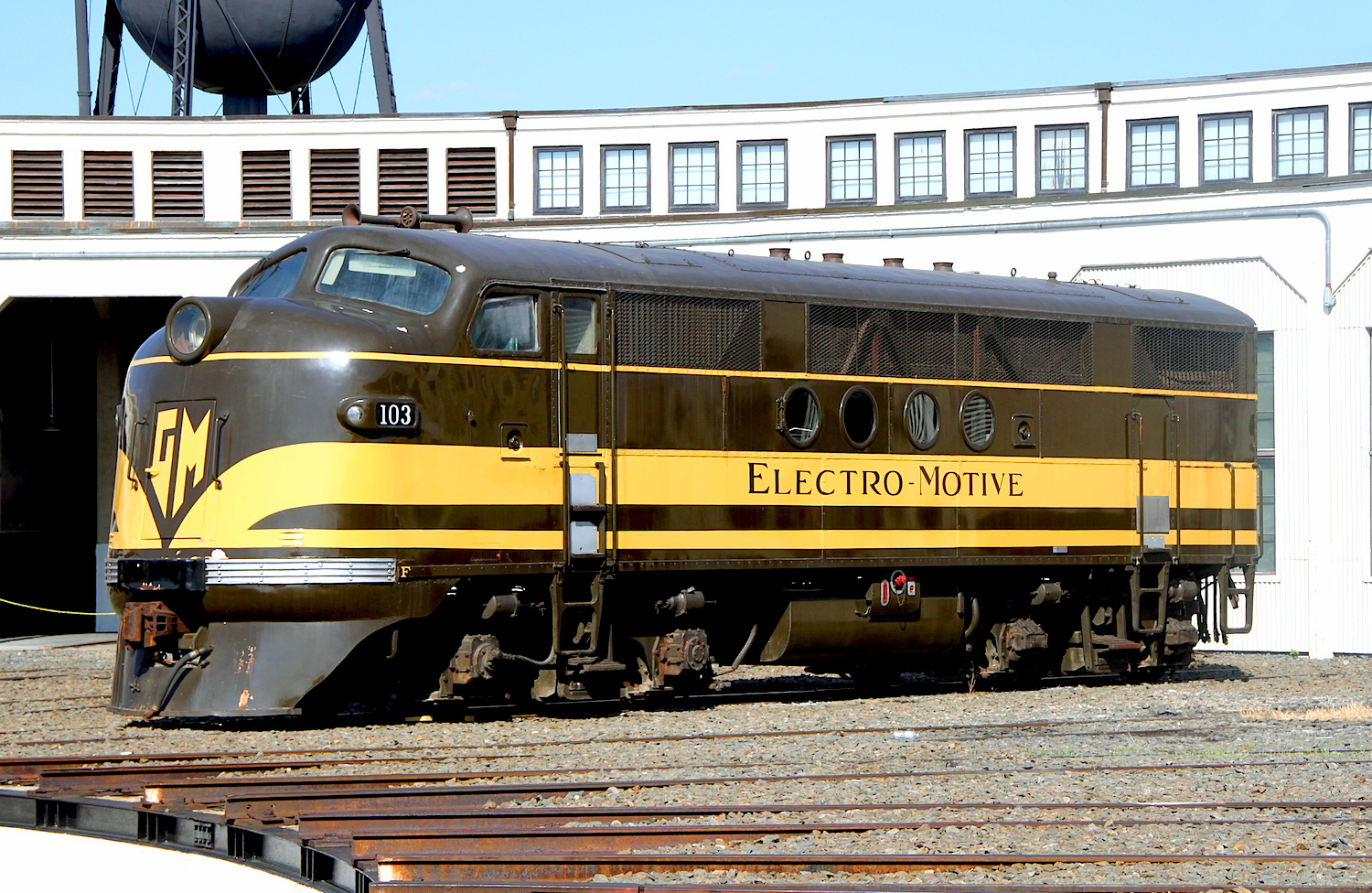 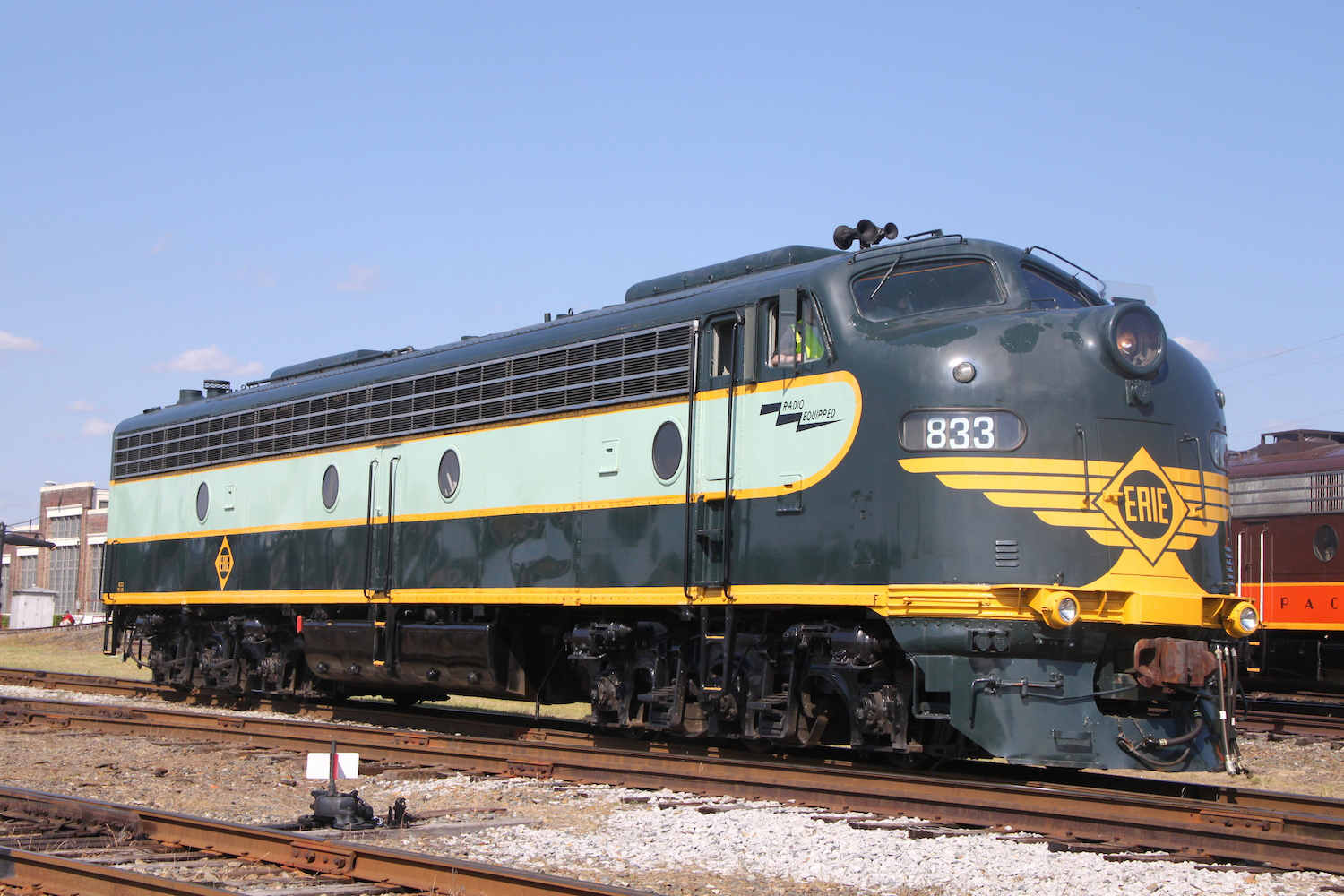 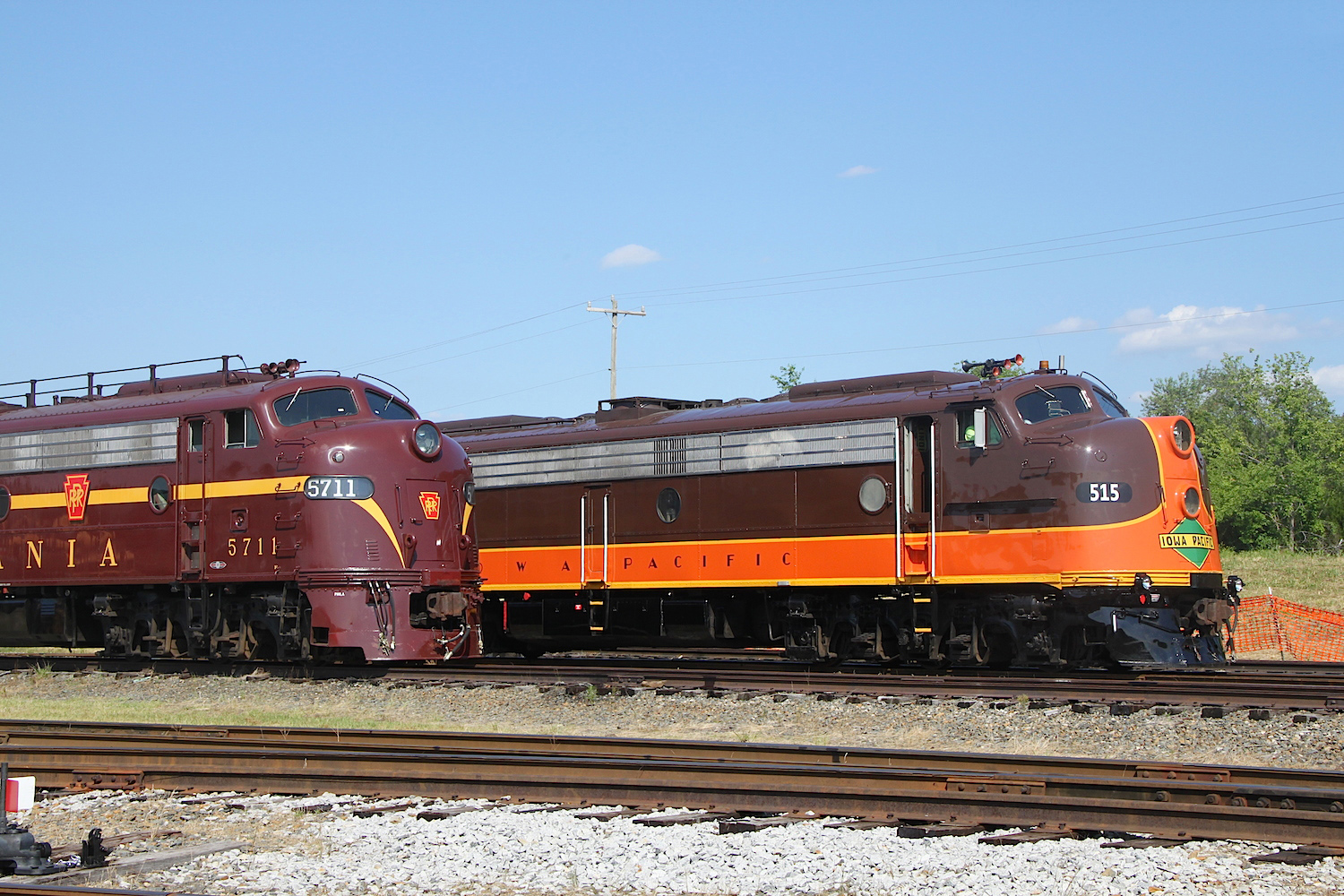 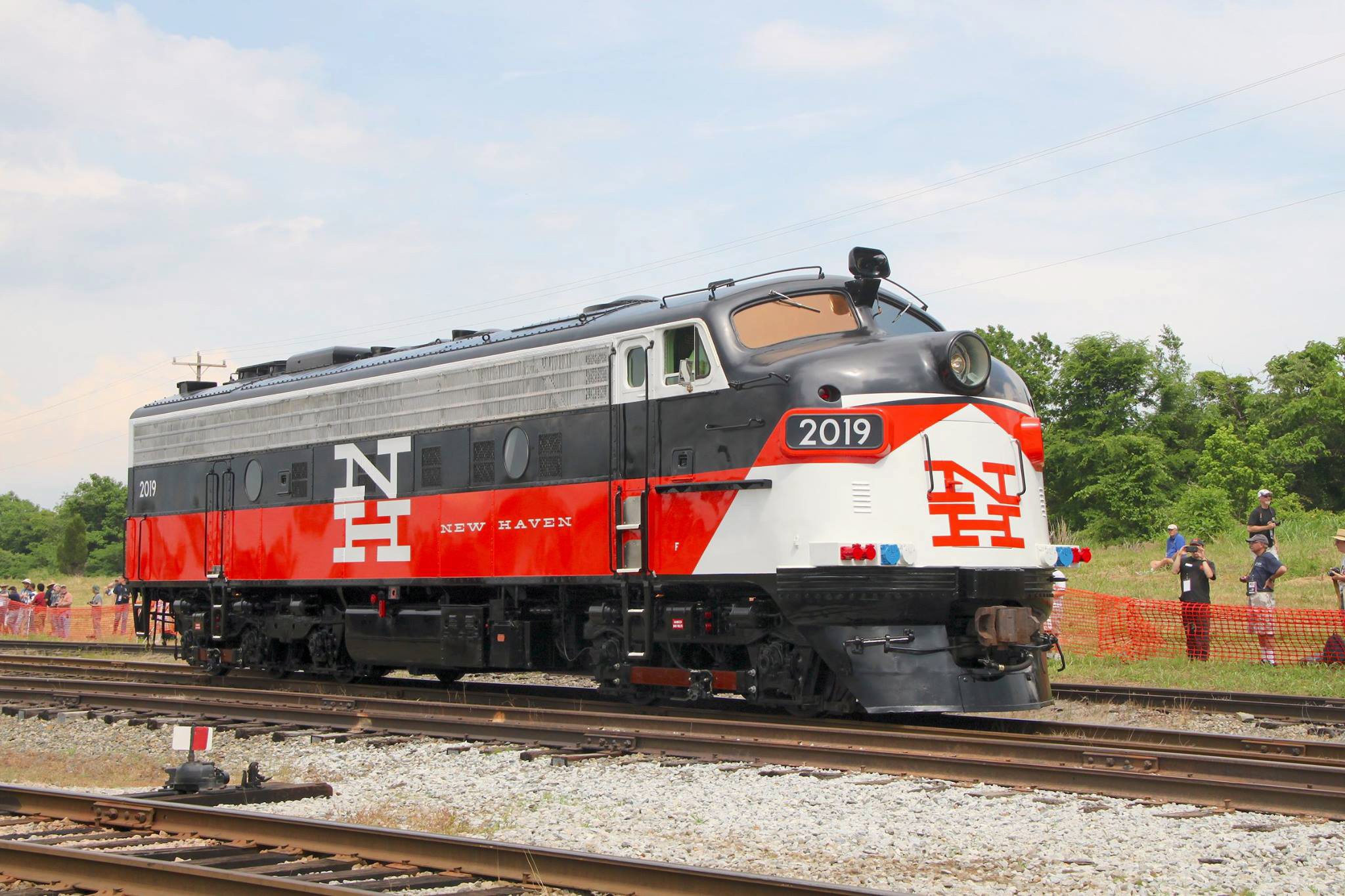 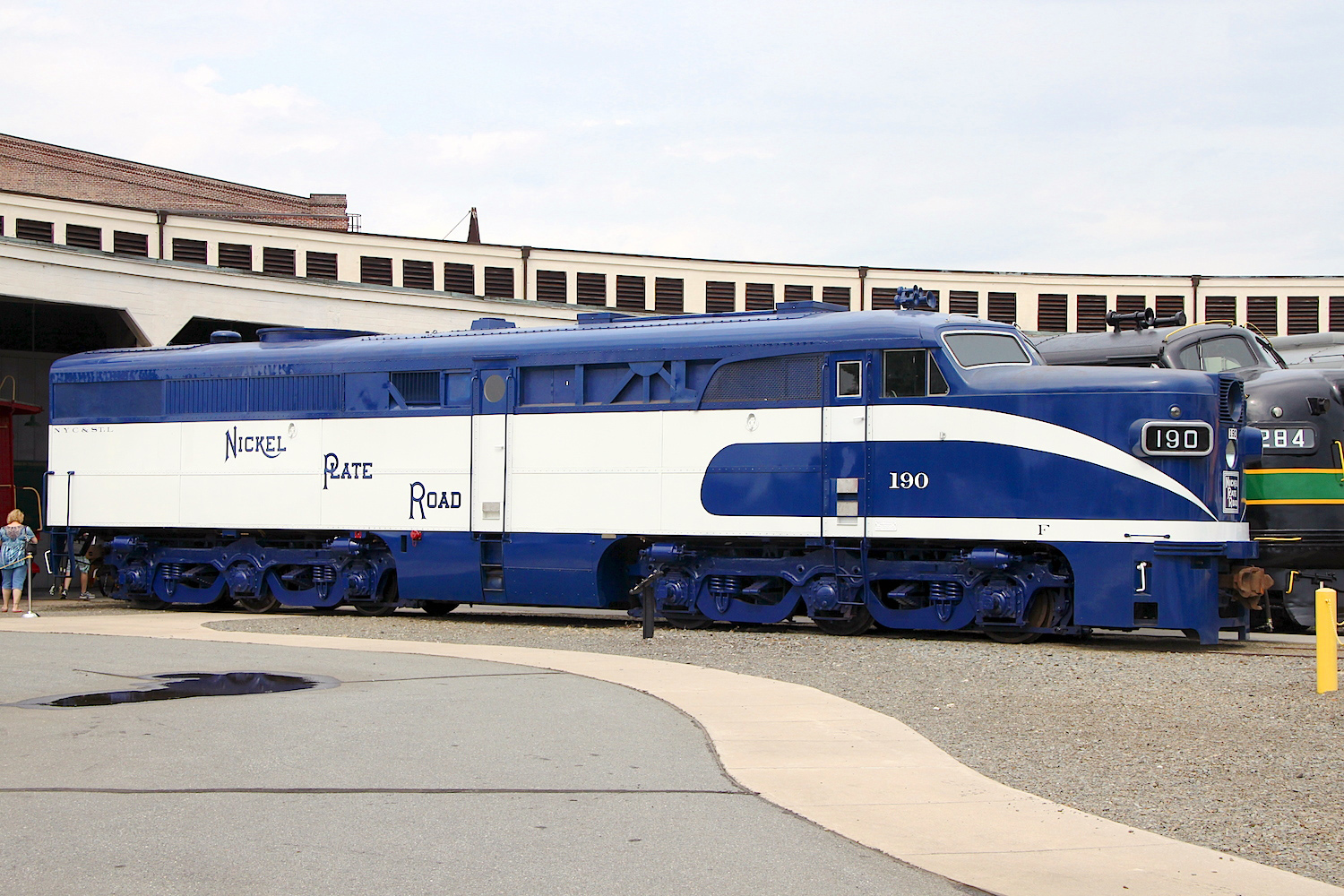 Along with #611 this locomotive appears to be the star of the show in Spencer, Nickel Plate Road #190. The diesel is the only soon-to-be operable Alco PA in the United States, built as Santa Fe PA-1 #62L in 1948. Warren Calloway photo. 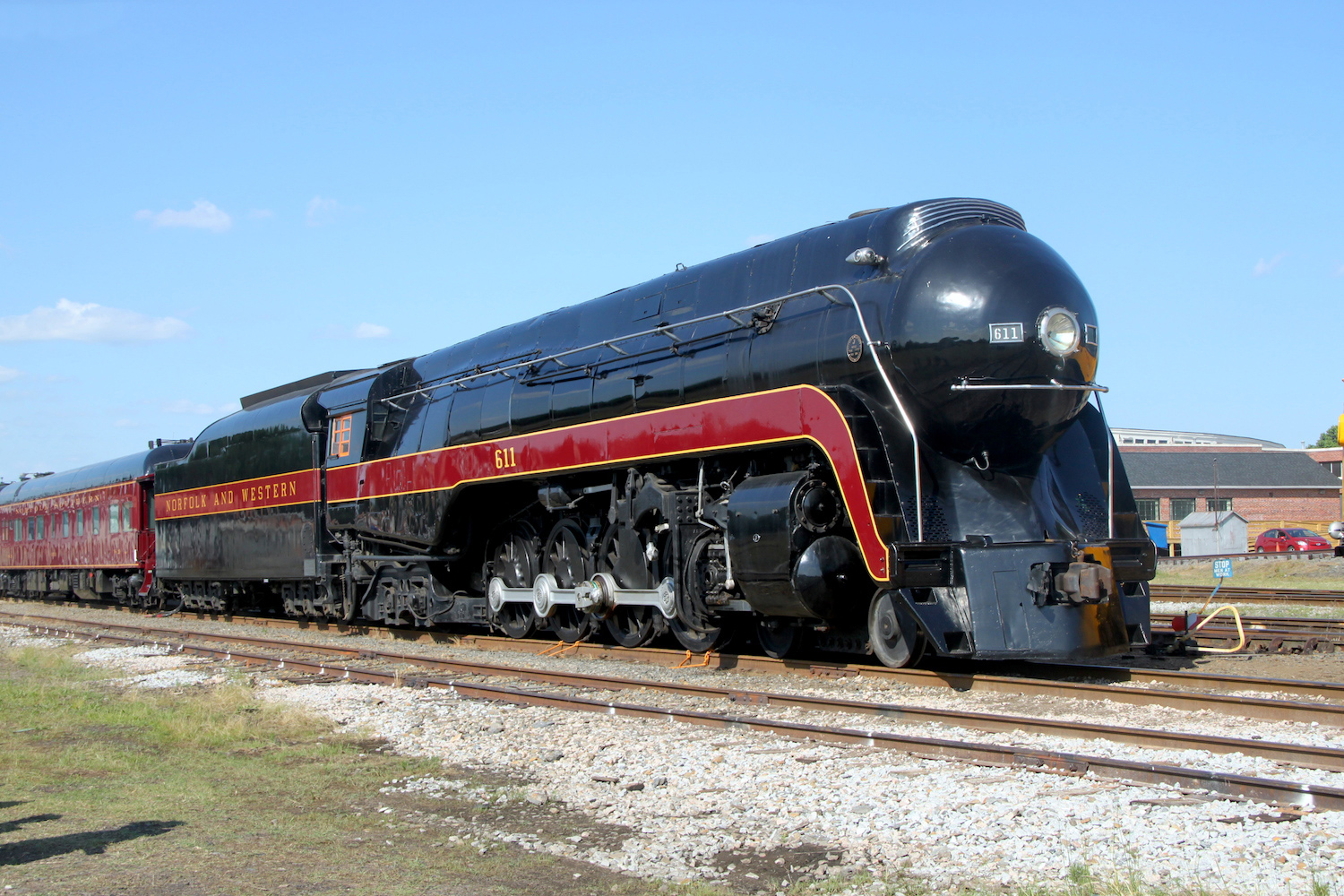 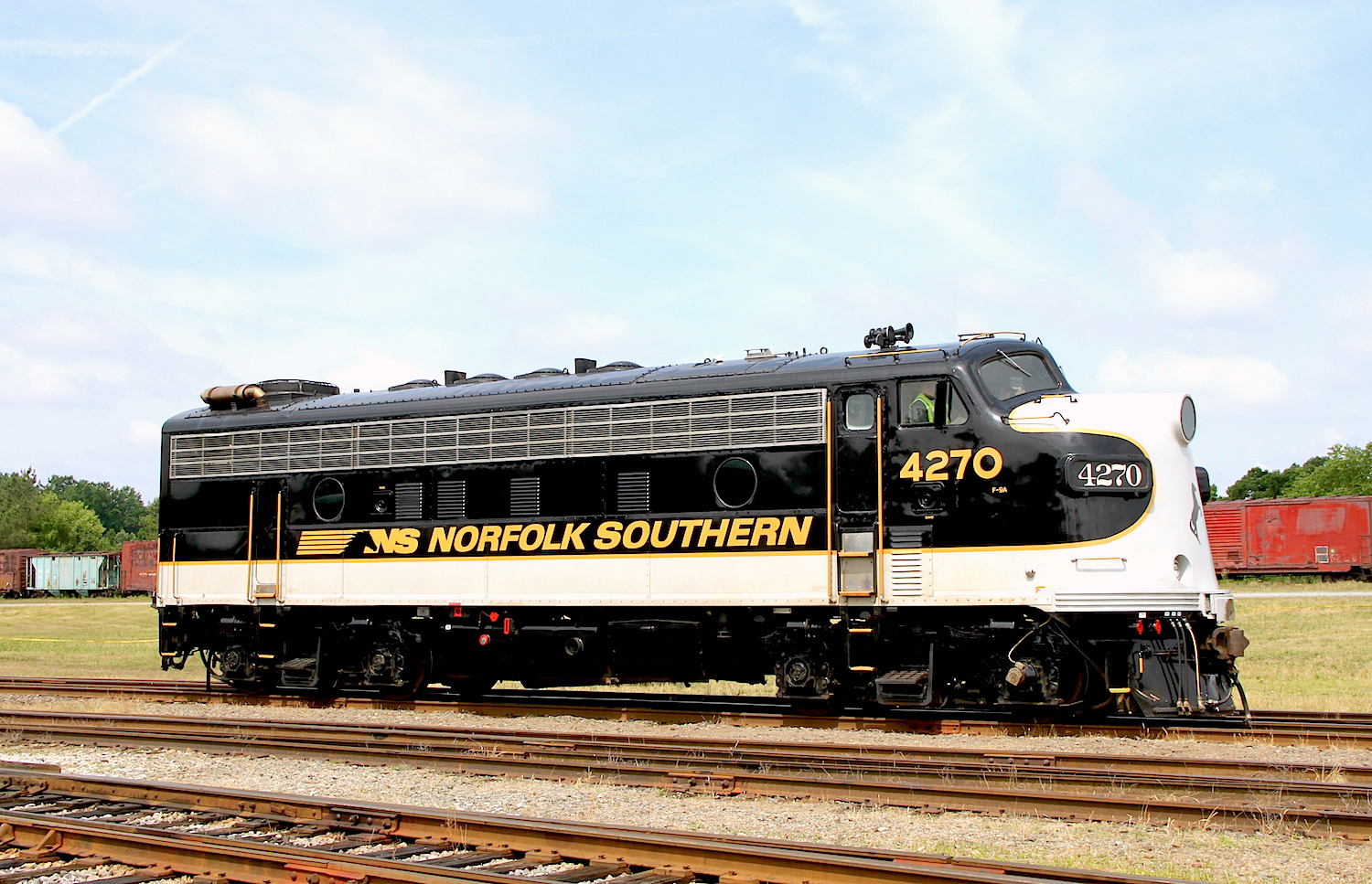 Norfolk Southern F9A #4270. This locomotive began its career as Baltimore & Ohio F7A #937 in 1952 and following several rebuilds was reclassified as an F9A. Under NS it was essentially upgraded to GP38-2 standards. The locomotive has since been sold. Warren Calloway photo. 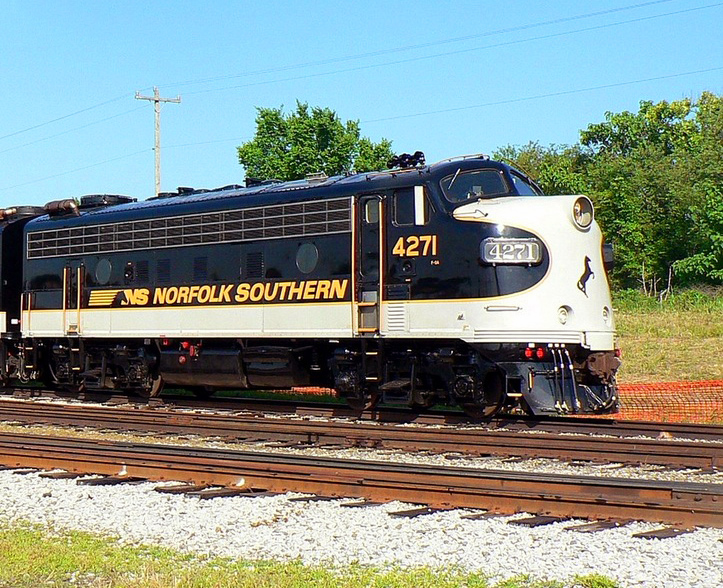 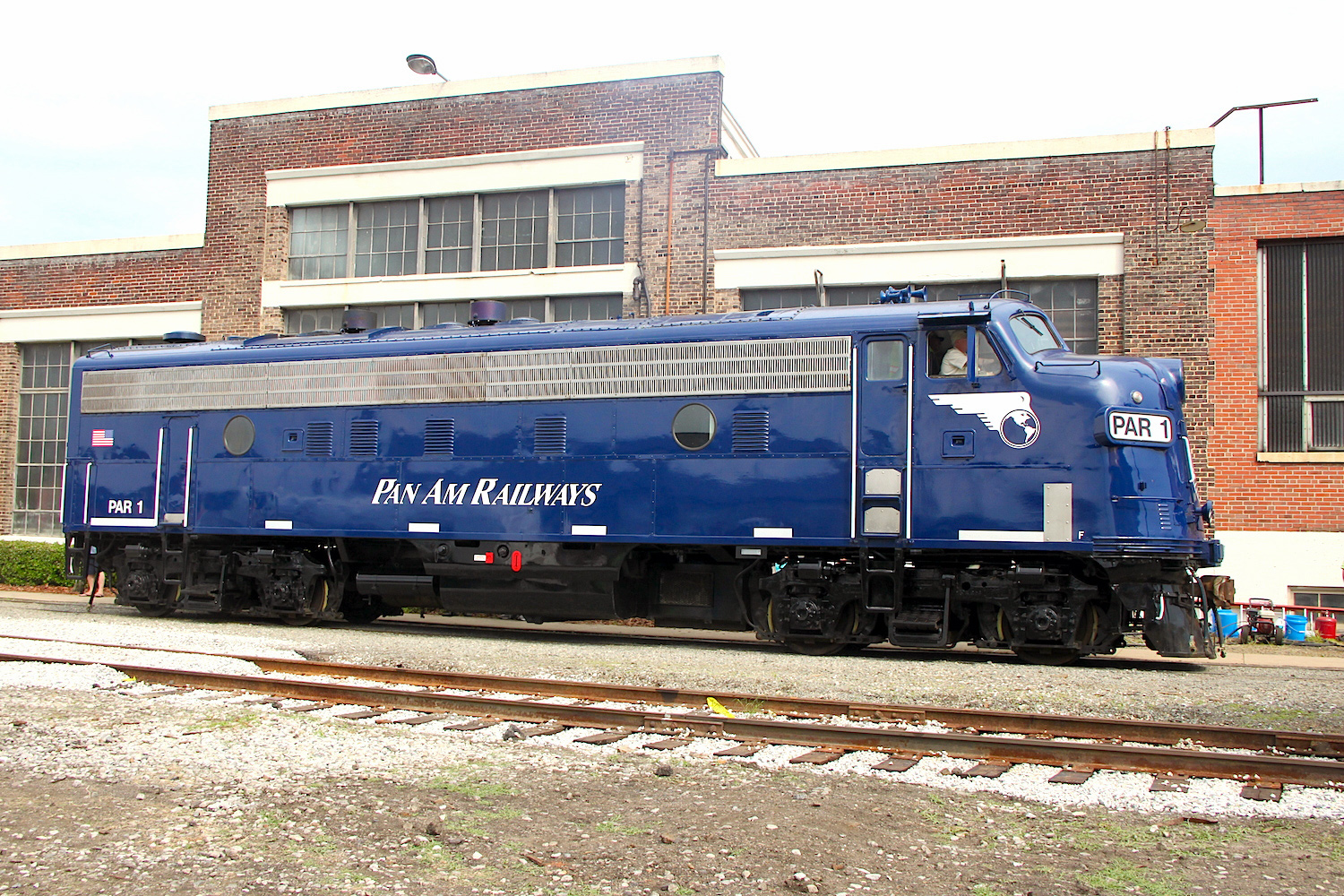 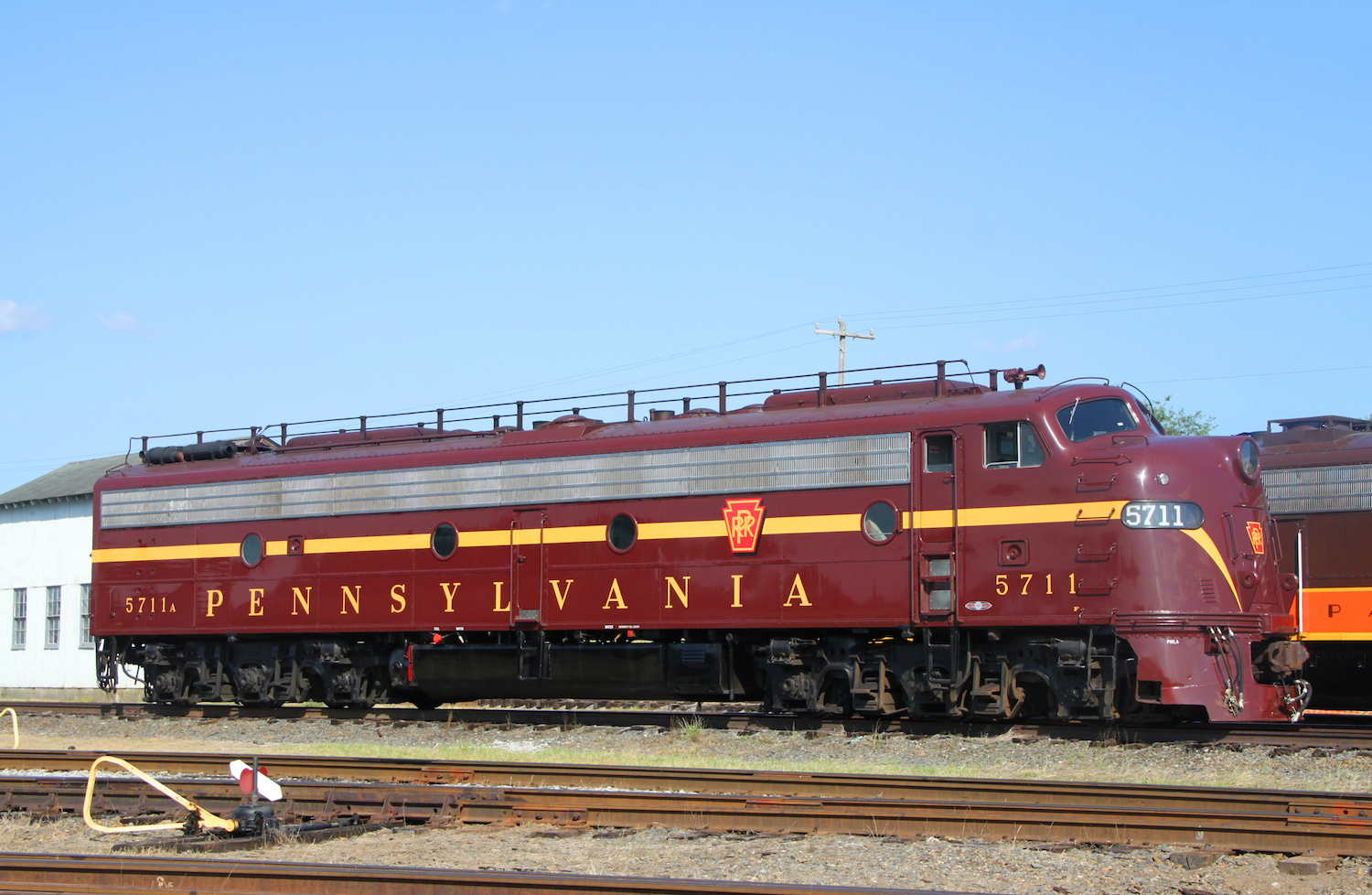 One of Bennett Levin's (Juniata Terminal) beautifully restored Pennsylvania E8As, #5711. This locomotive began its career on the Pennsy in 1952 carrying the same number. Warren Calloway photo. 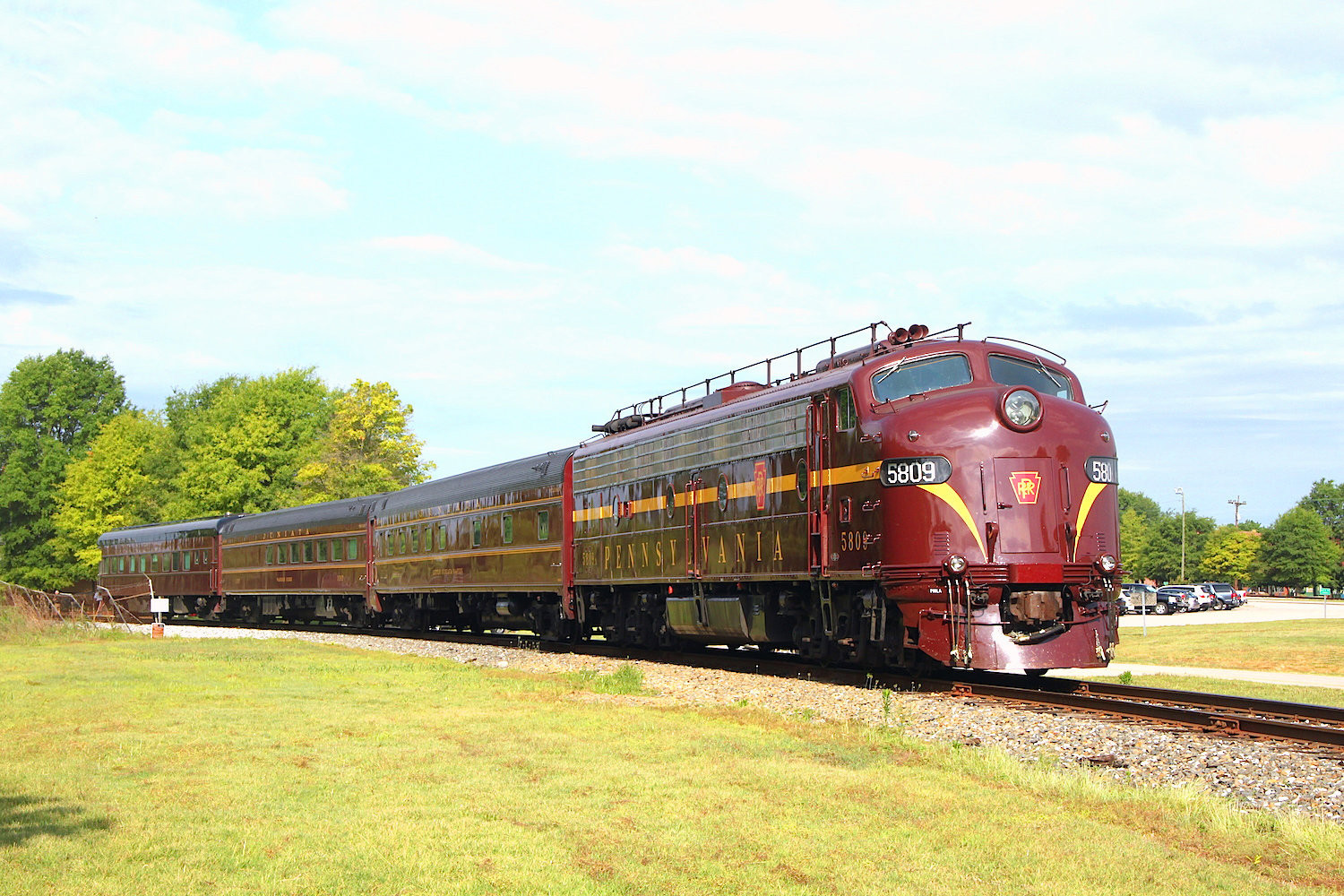 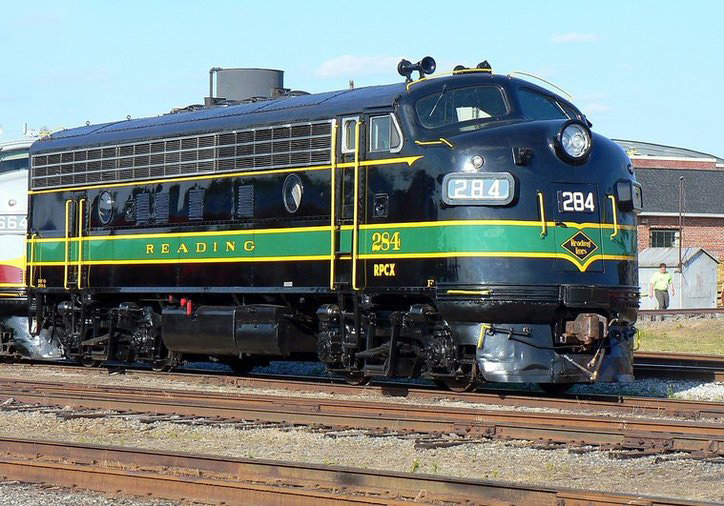 Reading F7A #284 (owned by the United Railroad Historical Society) wears the railroad's classic passenger livery. The covered wagon's heritage dates back to the Chicago & North Western as #4074-A manufactured in 1949. Dan Robie photo. 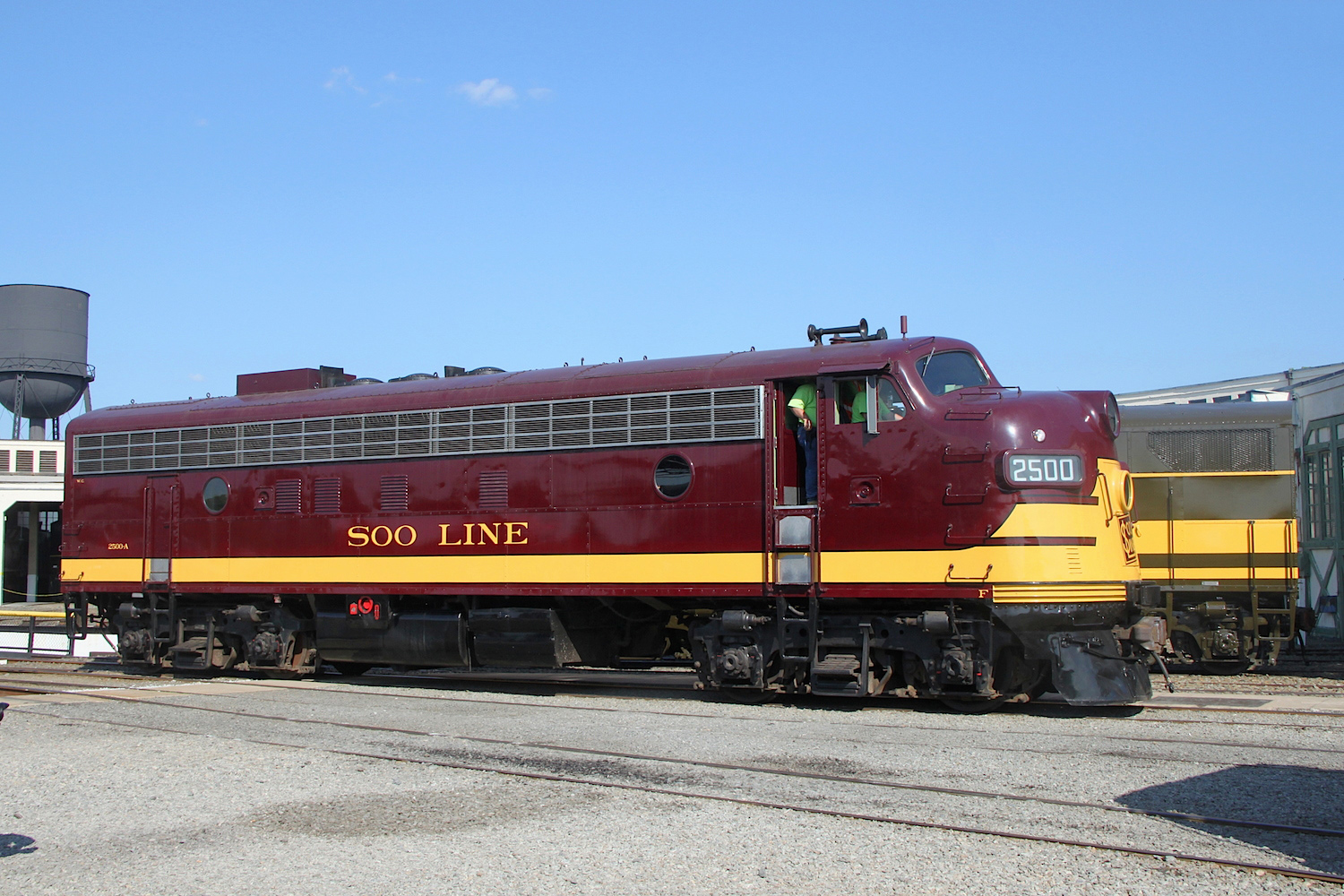 Soo Line FP7 #2500A. The locomotive was originally manufactured as Electro-Motive demonstrator #7001 in 1949 and was sublettered as Wisconsin Central #2500A (a Soo subsidiary). Warren Calloway photo. 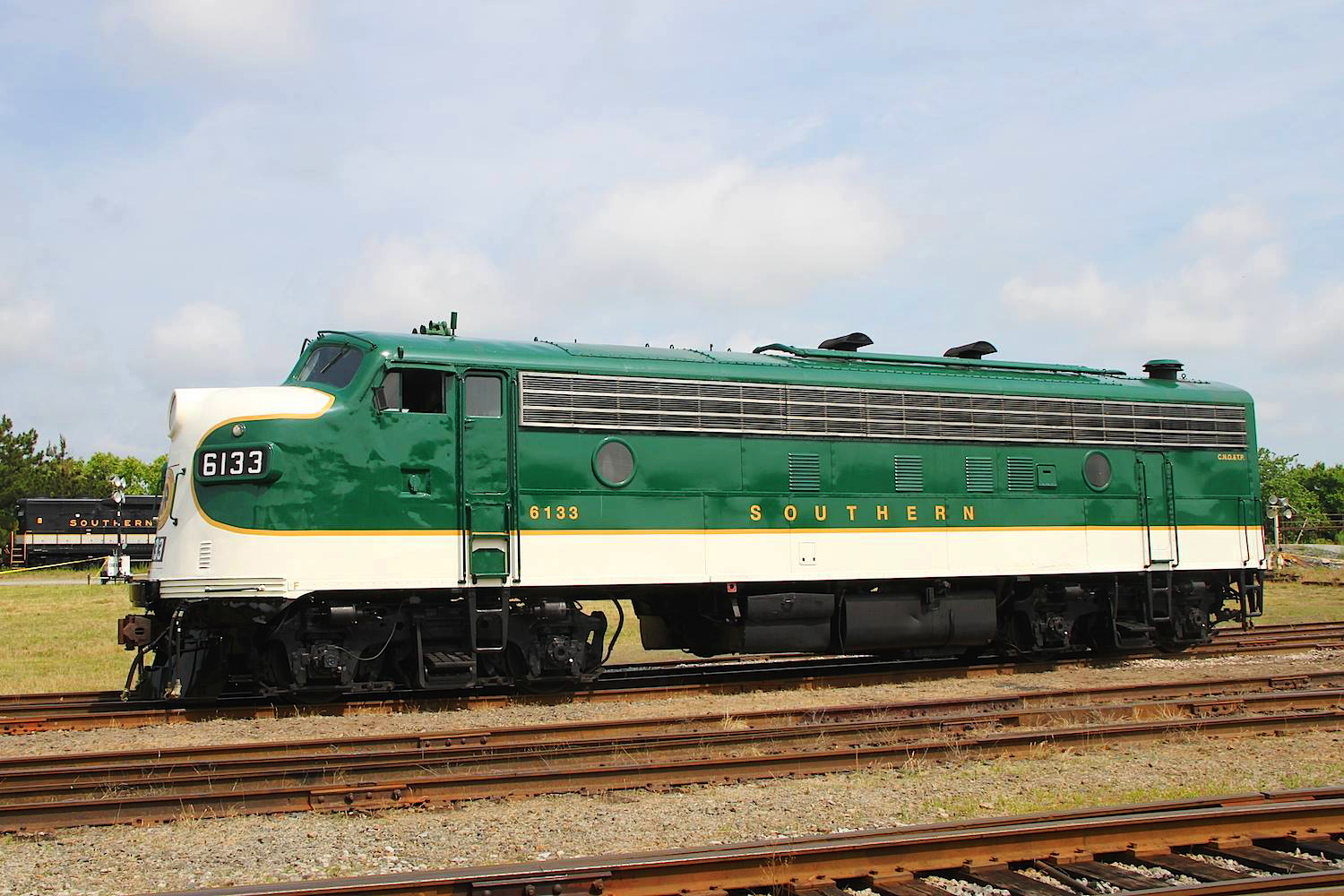 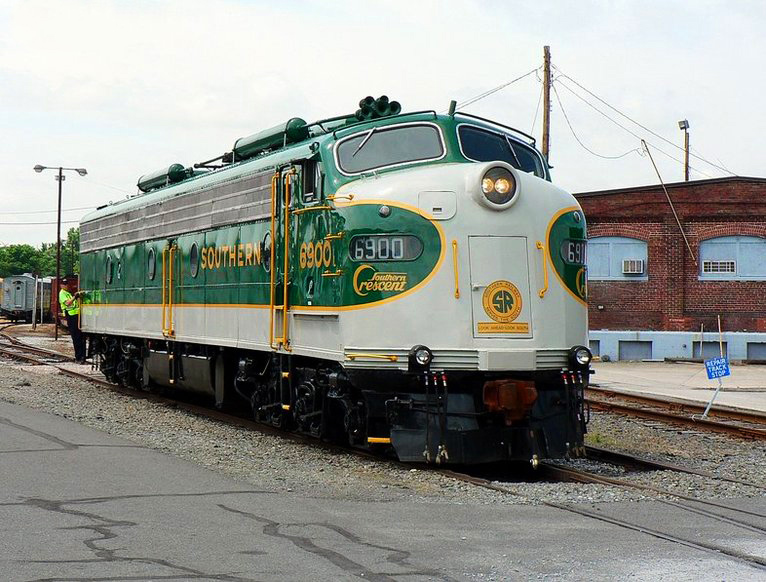 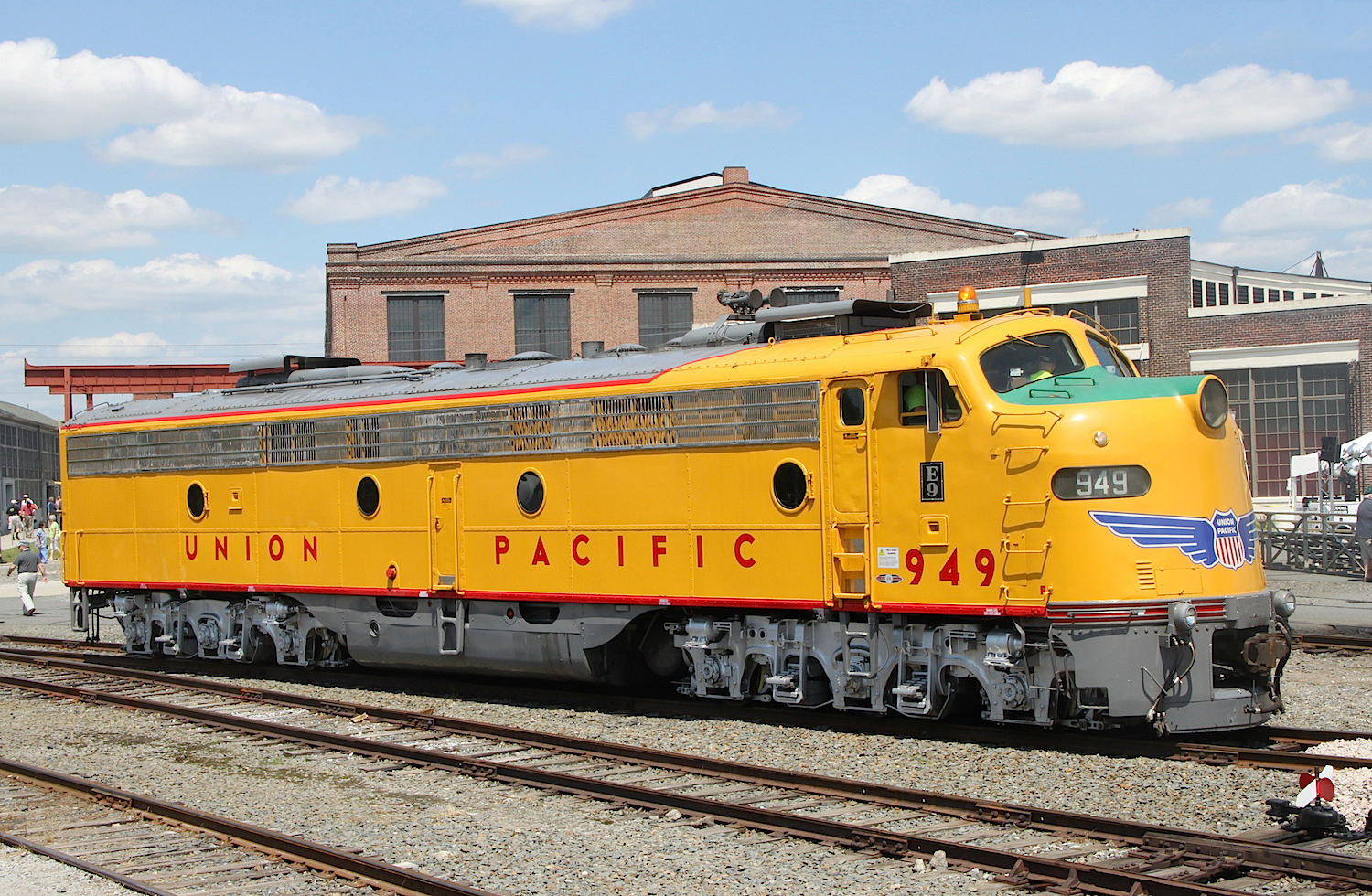 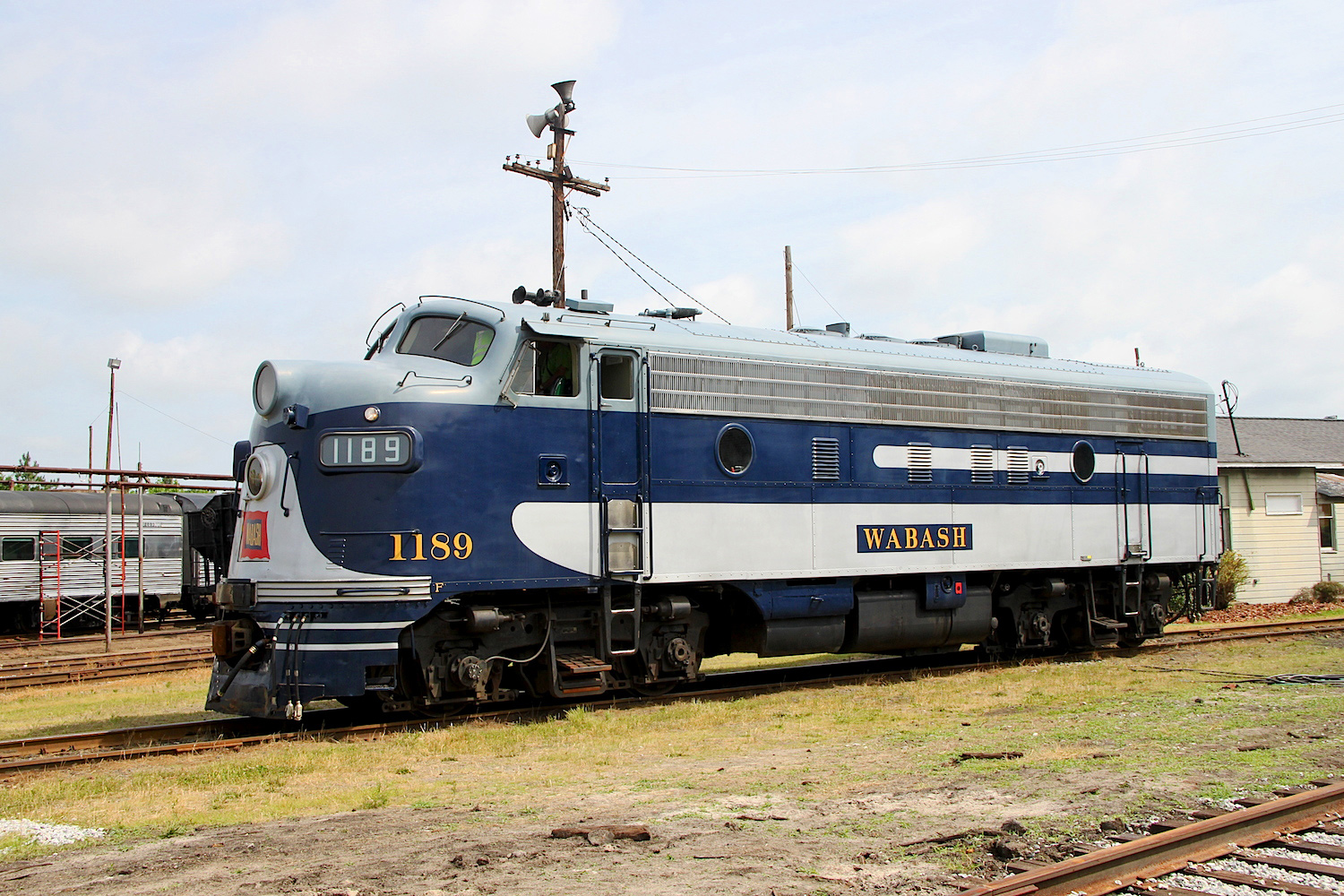 Wabash F7A #1189. This locomotive began its career on the Wabash in 1952, a General Motors Diesel product of London, Ontario carrying the same number (the Wabash owned a route across southern Ontario reaching Buffalo, New York via Detroit). Warren Calloway photo. 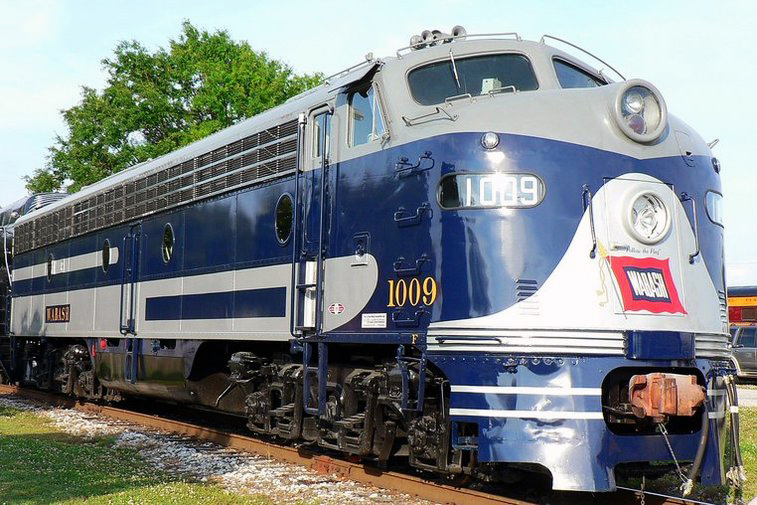 Wabash E8A #1009. This particular unit is significant as the 10,000th produced by Electro-Motive in 1950. It is not operational. Dan Robie photo

It should be noted that Lackawanna F3A #663 was chosen as the "must-see" diesel by readers of Kalmbach Publishing's Locomotive magazine.

The award included a $1,000 grant, which will be used to help restore the unit's compressor.  The one-time Streamliners event was held over a single, extended weekend running from May 29 through June 1, 2014.

According to NCTM board president Steve Mersch:

"Our 2012 Heritage Locomotives Family Portrait gave us the chance to showcase 20 brand new locomotives in historic paint schemes to more than 4,000 rail fans. 'Streamliners at Spencer; will again provide us with the opportunity to use the unique setting we have with the 1924 Bob Julian Roundhouse and the 57-acre Spencer Shops complex."

The festivities offered one of the greatest gatherings of historic streamlined diesels at a single location perhaps ever organized and many spoke highly of the event.  For more information about the Streamliners event please click here. 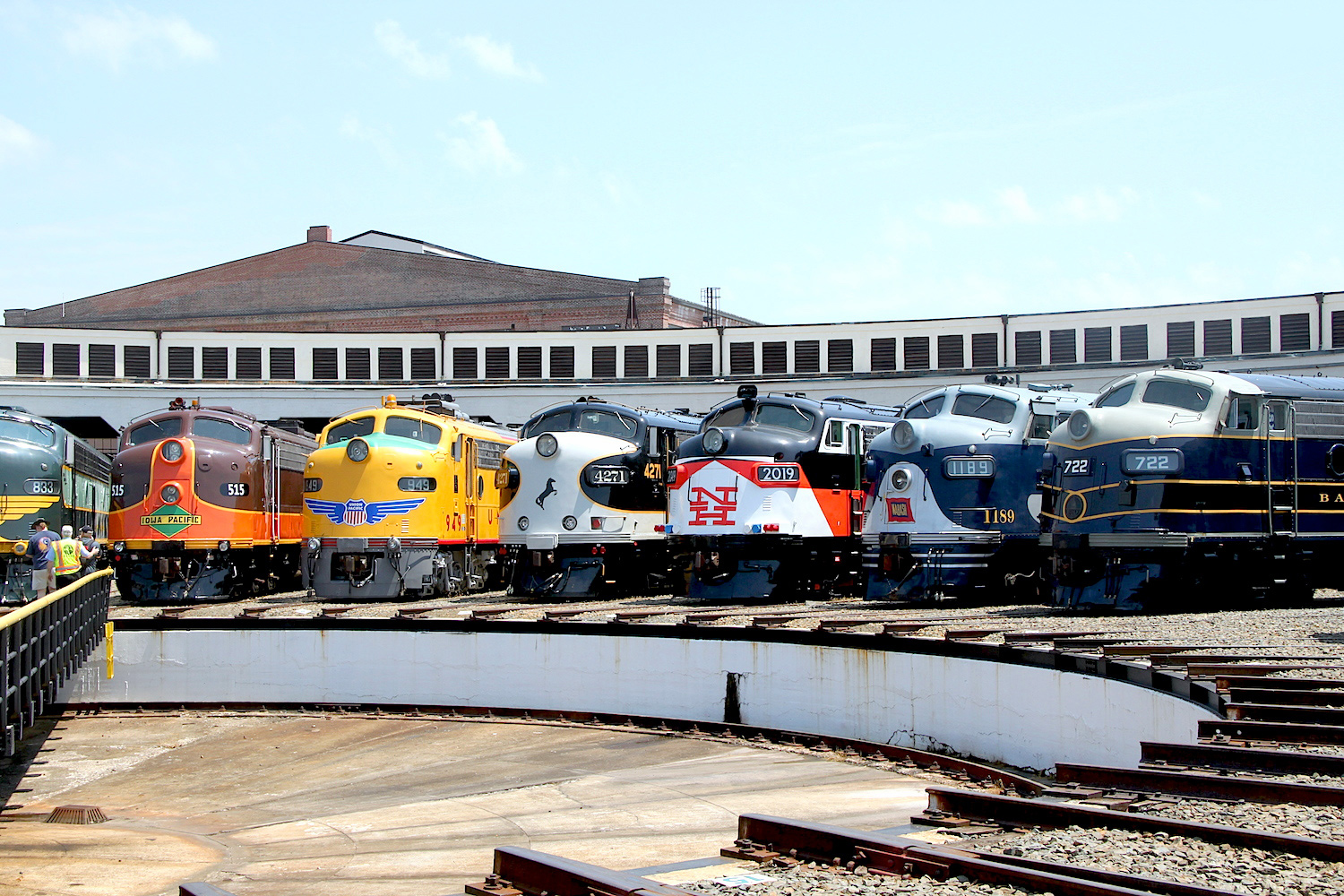 Perhaps the most pressing questions were just how many locomotives would attend.  At first, only a handful of locomotives were expected to attend, classy and notable pieces for sure but nothing that truly stood out.

However, that changed in time when several historic pieces were added. Some other notables that found their way around the Spencer turntable included: