The Spokane International Railroad was a small, Class I, system that served its namesake town as well as most of Idaho's northern panhandle before terminating in extreme southern British Columbia along a route that was roughly 150 miles in length.

Due to its remote nature in the upper Pacific Northwest it is often forgotten among the ranks of the classic fallen flag systems.

The SI was funded and built (although not owned) thanks to the Canadian Pacific, which had an interest in the route itself as a means of tapping into the growing Puget Sound traffic base, then controlled by the Northern Pacific and soon after, Great Northern.

Eventually, the system was wrestled away from CP by Union Pacific in the late 1950s. Officially, the SI remained on paper for roughly another 30 years before being dissolved. Today, the entire SI main line remains in use by UP as a strategic connection with CP. 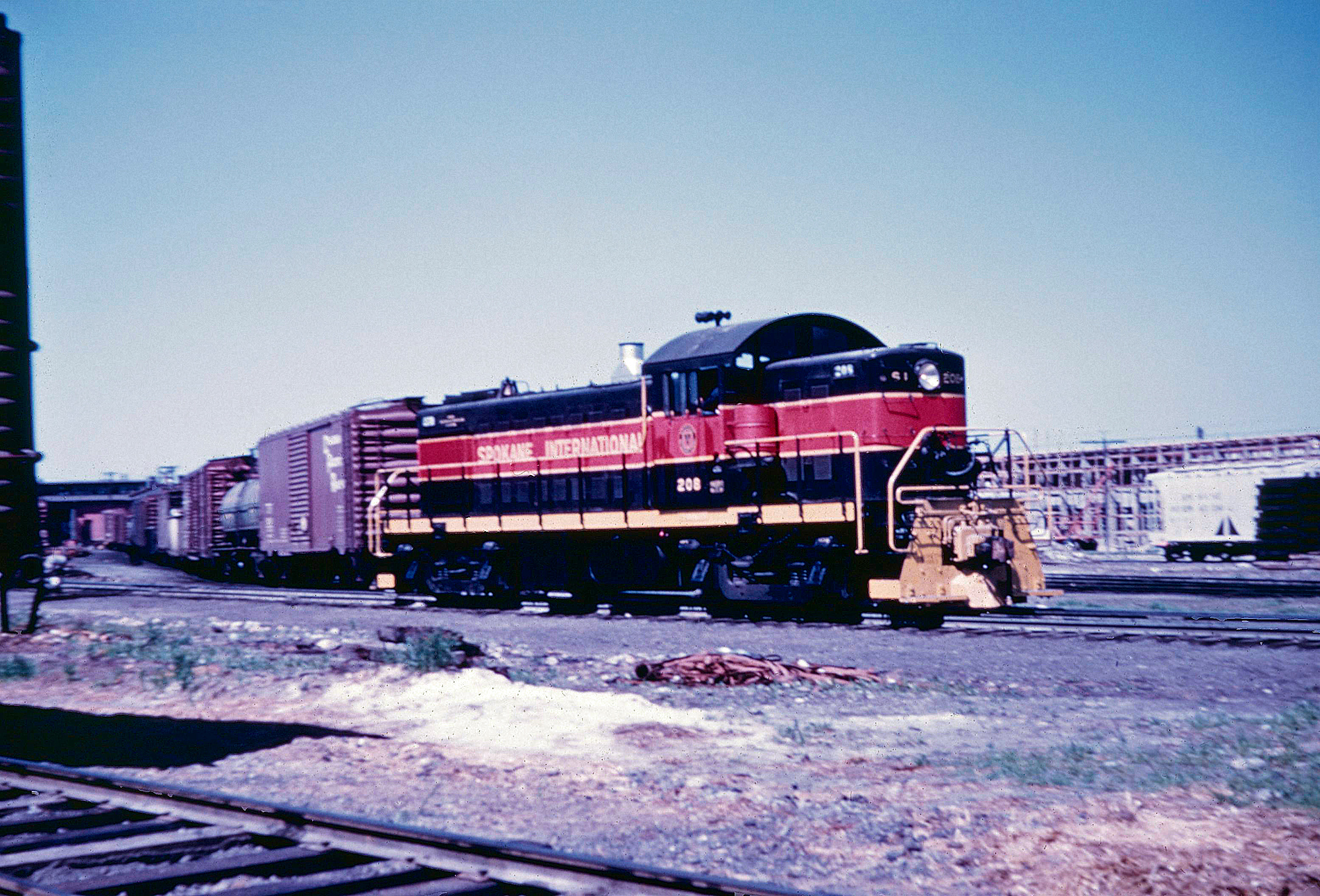 The Spokane International Railroad (SI) was the idea of Daniel Chase (DC) Corbin in the late 1880s with financial assistance from Canadian Pacific. The CP was already established across most of Canada from Ontario to British Columbia.

Additionally, it had recently taken control of the Minneapolis, St. Paul & Sault Ste. Marie Railway (the Soo Line) to access the Midwest. Since 1883 the Northern Pacific had been operating from Portland, Oregon to the Twin Cities of Minnesota and with the prospect of two more lines building transcontinental extensions to the Puget Sound (Great Northern, which was already under construction, and the Chicago, Milwaukee & St. Paul) CP wanted in on the traffic potential the region offered.

In sort of a roundabout fashion, it planned to use its Soo subsidiary to funnel traffic from Chicago and onto its main line at Manitoba and then transfer freight onto the SI.

From this point it could interchange traffic with what would turn out to be four different major Class Is at five different locations; Spokane (Milwaukee Road after 1909, Great Northern, Northern Pacific, and Union Pacific), Sand Point (CMStP&P and NP), Bonners Ferry (GN), and Coeur D'Alene (CMStP&P/GN).

The Spokane International Railway was chartered as early as 1887. However, actual construction did not begin until a few years later.

Officially, the SI was opened on November 1, 1906 connecting with the CP at the international border of Eastport, Idaho/Kingsgate, British Columbia with Spokane, Washington to the south, a distance of 140.8 miles according  to the railroad's timetable (it later used CP trackage rights to reach Yahk, B.C. just north of the border).

With its own U.S.-transcontinental route now opened CP not only moved to derive the freight benefits but also the passenger potential as well.

Even subsidiary Soo Line was anticipating this potential decrying the SI as "The New Scenic Short Line" by the summer of 1907.

While the train ran a longer schedule and only connected the Twin Cities to Spokane its level of comfort and luxuriousness was nearly unmatched (for the early 1900s it even boasted full electric lighting and all-vestibuled cars).

Traffic on the SI continued to grow through the first two decades of the 20th century and by 1918 it had gained Class I status by earning more than $1 million annually. A year earlier the CP exercised its option to purchase 50% controlling interest in the line. 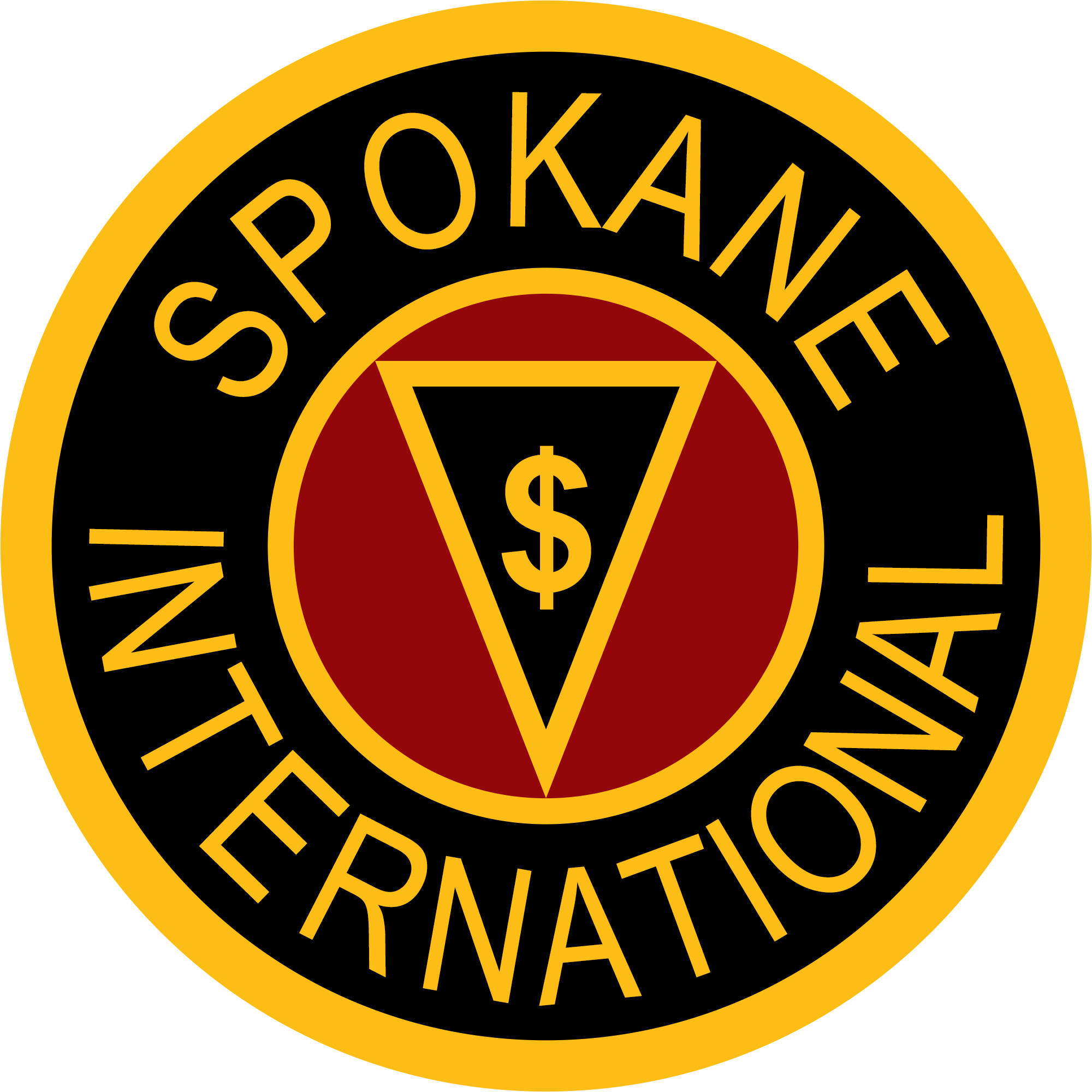 It likely would have acquired more of the SI if it was not for Union Pacific's move to acquire the other half at the same time, which it would never relinquish. The railroad continued to hum along through the World War I conflict and the "Roarin' 20s."

However, it was hit hard by the Great Depression of 1929 and its lingering effects on the U.S. economy. By 1933 things were looking dire and that year the SI filed for bankruptcy. In 1941 the company was finally able to exit receivership as the Spokane International Railroad, which eliminated the CP's ownership and resulted in the line being a wholly-U.S. route only.

Traffic for the railroad continued to grow through the 1940s, particularly during the second World War, so much so that by late that decade its 2-8-0 Consolidations and 4-6-0 Ten Wheelers could no longer keep up with demand. 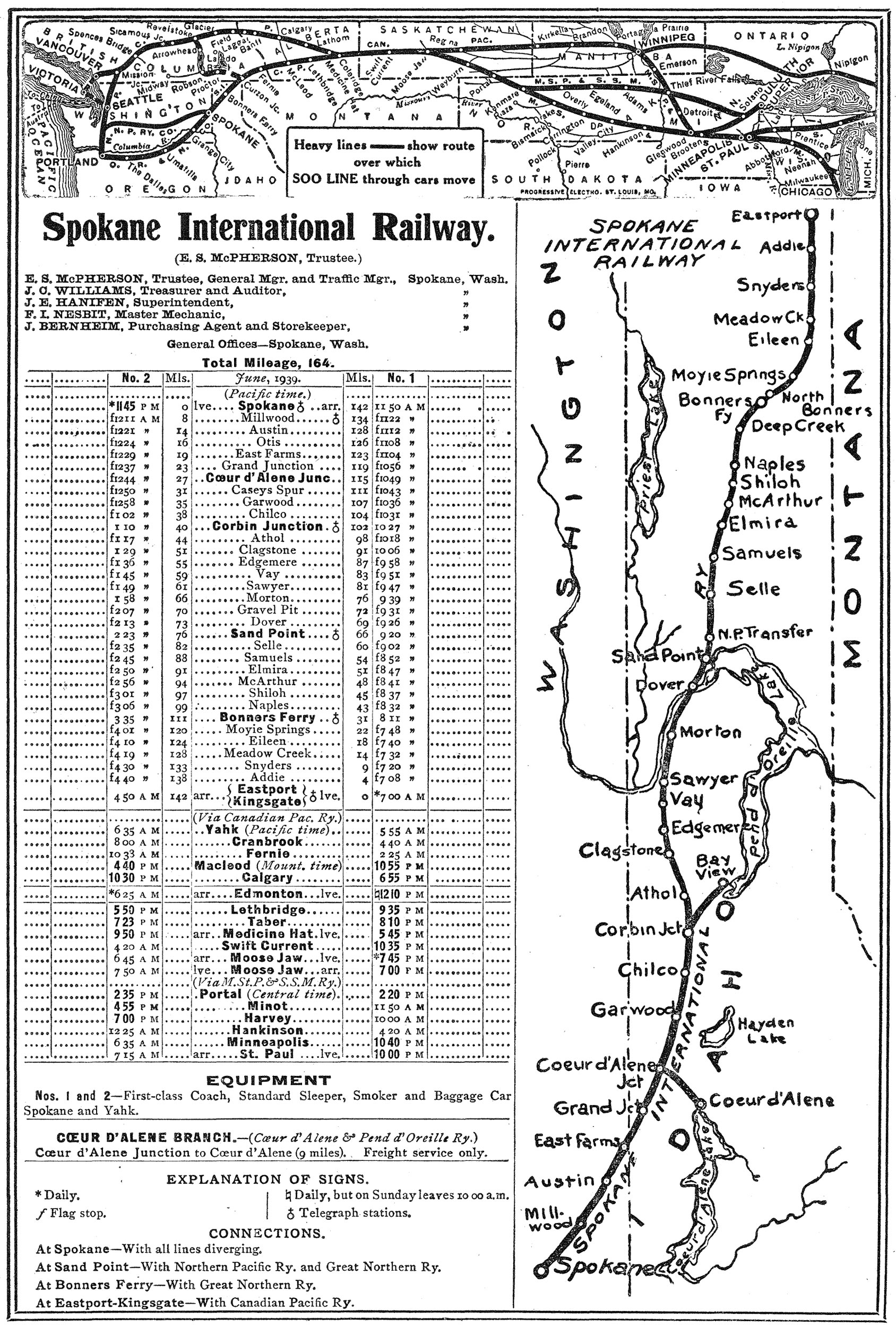 While WWII traffic recovered allowed the SI to regain Class I status it was still not being operated efficiently. In 1949 this changed under new leadership by Fred Rummel, as the SI purchased 12 new American Locomotive Company (Alco) RS1 road-switchers, sticking with the same company which had built its steam locomotives.

Rummel was able to accomplish several other tasks at the helm, which turned the railroad into an incredibly well-run operation that lured Union Pacific into purchasing full ownership of the line.

Starting at the same time he purchased the new Alcos, the railroad was upgraded with new creosote ties (before this it was still using untreated ties that dated to the route's construction) and 90-pound rail (up from 72-pound).

(Thanks to Trains Magazine's "Union Pacific To Canada?" from the June, 1956 issue as a primary reference for this article.) 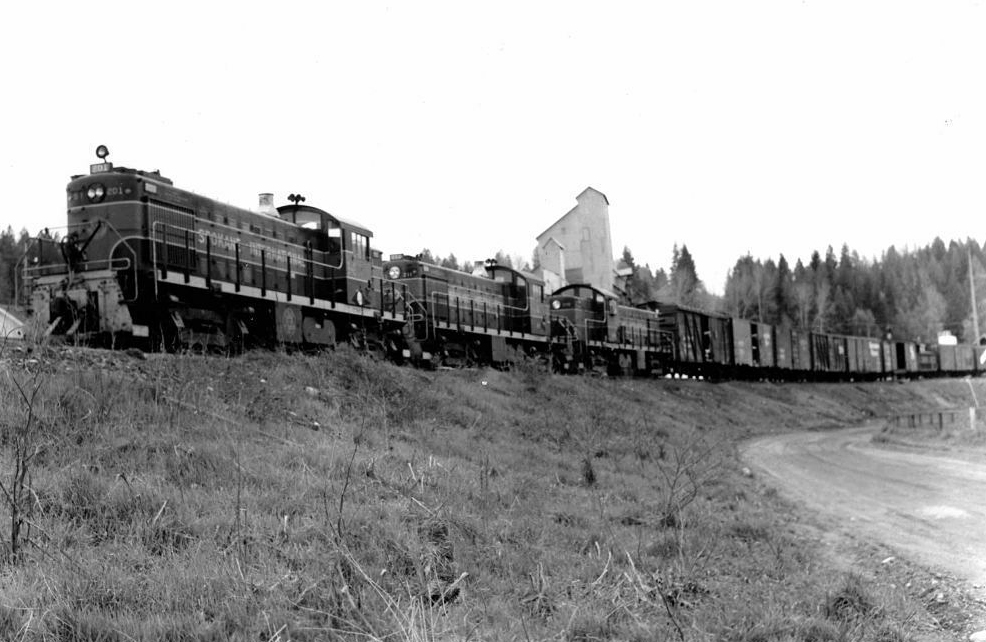 A trio of the Spokane International's trusty RS1's lead a mixed freight somewhere through Idaho during the 1950's.

Additionally, a new bridge was constructed over the Pend Oreille River near Sandpoint and the railroad dropped all passenger services after 1954.

By the early 1960s its classic red and gold RS1s were repainted into UP Armour yellow, although sub-lettered for the SI.

Officially the company ceased to exist on December 31, 1987 when UP formally dissolved the SI. Today, its route remains an important part of the Union Pacific system that still connects with the Canadian Pacific at Sand Point/Kingsgate.