There are few other corridors Amtrak operates that are as historic as its Southwest Chief route (others include the Empire Builder and Sunset Limited).

The history of the train dates back to the Atchison, Topeka & Santa Fe Railway's (Santa Fe) inauguration of its Chief in the 1920s, an ultra-luxurious heavyweight that immediately became a hit.

This was followed up by the streamlined Super Chief a decade later. Today's Chief takes passengers more than halfway across the country from Chicago to Los Angeles on a trip that requires nearly two full days traveling the rails.

The journey, which roughly follows the same route as the original, offers quite a variety of scenery from Midwestern countryside to deserts of the southwest and finally the Tehachapi Mountains of southern California. 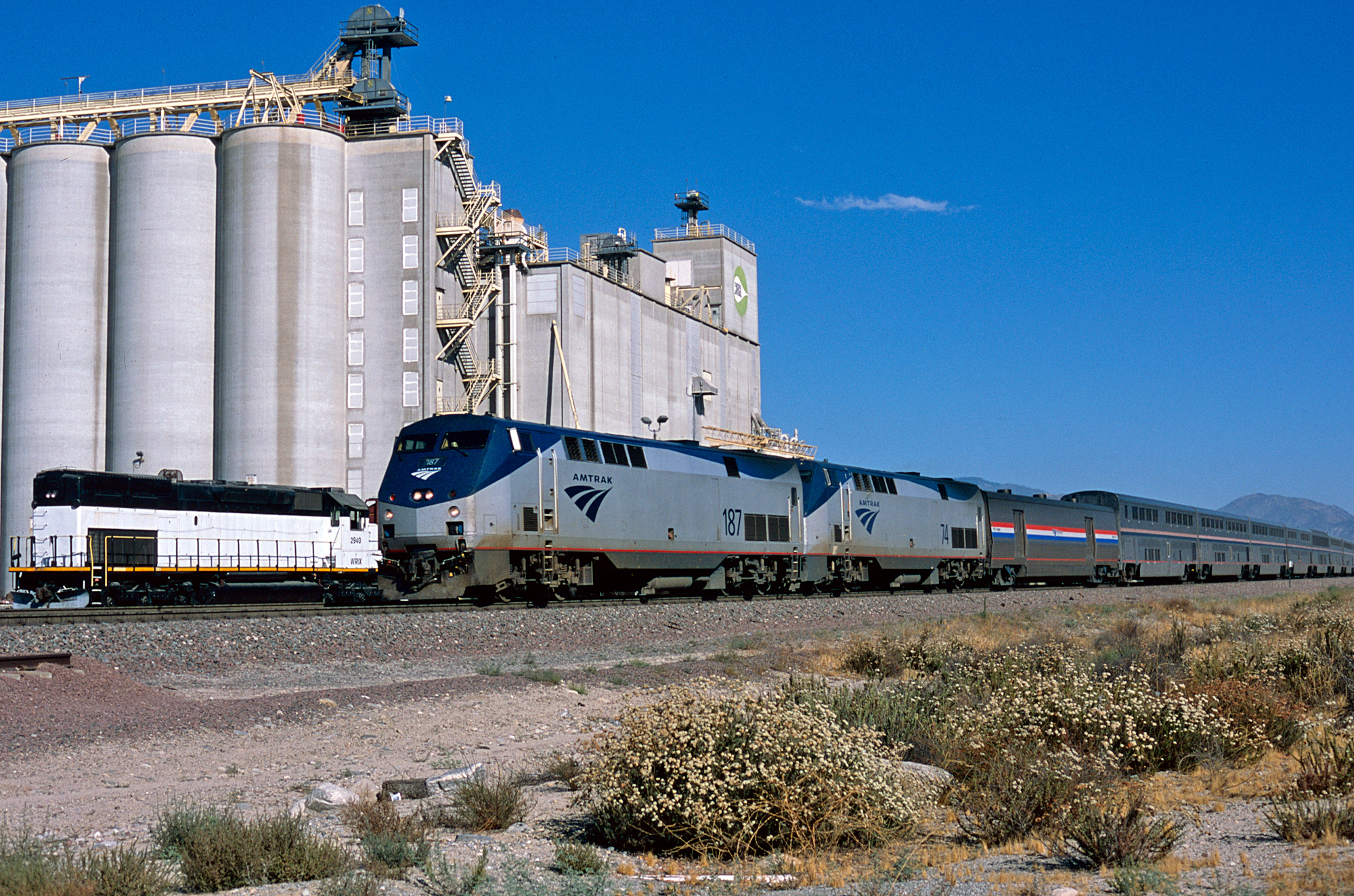 If you are hoping to ride aboard an Amtrak train that offers the most on board amenities, the Southwest Chief would be one of those to take.

Because your trip will last so long you can relax in bedrooms and sit down to a full course meal. Many years ago you could experience this and much more when the Santa Fe operated a somewhat different version of the train.

Originally, one could travel the route from Chicago to Los Angeles via the Chief, a heavyweight train that debuted in November of 1926.

It featured all of the amenities travelers in those day had come to expect in long-distance rail travel with Pullman sleepers, plush reclining-seat coaches, parlor cars, and decadent, freshly cooked meals.

For power the train utilized a 4-6-4 Hudson steam locomotive. One also had the option of through service to several different cities and locations such as Denver, Phoenix, the Grand Canyon National Park, Washington (D.C.), and New York City.

Due to competition from surrounding lines like Union Pacific, Santa Fe heavily upgraded services over the route a decade later when it debuted the streamlined Super Chief in May of 1937.

Whether the railroad knew it at the time or not it had created a legend that is still fondly remembered today.

The train was modeled after the Native American tribes of the southwest with gleaming stainless steel cars (built by the Budd Company) and an eye-catching livery for the locomotives (the "Warbonnet" created by General Motors’ artist Leland Knickerbocker) as well as stunning motifs and designs used on for the interior.

Whenever possible industrial designer Sterling McDonald used authentic Native American (many of which depicted the Navajo) colors (such as turquoise and copper), patterns, and even authentic murals and paintings in the train.

He used a combination of rare and exotic woods like ebony, teak, satinwood, bubinga, maccassar, and ribbon primavera for trim through the train giving the Super Chief an added touch of one-of-a-kind elegance.

On June 27, 2022 the Southwest Chief suffered a terrible derailment when the train struck a dump truck near Mendon, Missouri.  The driver of the truck was killed along with two passengers aboard the train.

According to Amtrak, two locomotives and eight cars derailed with 243 passengers and 12 crew members on board.  It is unknown how many were injured at this time

The train's running time speaks a lot for rail travel in those days when the Super Chief could complete a run in just 39 1/12 hours.

Today's Chief often requires more than 42 hours to do the same under Amtrak (although delays by freight railroads certainly does help the carrier in trying to maintain a tight schedule).

Right up through the end of Santa Fe ownership its Super Chief remained a top-notch operation, which somewhat lessened its loss of ridership compared to other transcontinental trains (such as the City of San Francisco, Sunset Limited, etc.).

On May 1, 1971 Amtrak took over the Super Chief and continued to operate it much the same as the Santa Fe.

However, the railroad cared so much about its flagship train that as service began to decline it required Amtrak to remain the run, which then became the Southwest Limited in 1974.

A decade later the AT&SF allowed the national carrier to use a reincarnation of the "Chief" name as October 28, 1984 it was renamed as the Southwest Chief, which it retains to this day.

During this time the train's consist was a mix of older and newer equipment, the former being Santa Fe Budd-built cars (which included former El Capitan Hi-Levels) and the latter double-decked Superliners. Power usually consisted of either newer F40PHs or surviving FP7s that had yet to be retired.

This setup changed in the 1990s when more Superliners came online and new P42 diesel locomotives from General Electric replaced the F40PHs.

Today, if you decide to travel aboard the Chief you can expect to receive full service dining, café car, "Sightseer" lounge, and nearly a half-dozen sleepers many of which include full bedroom accommodations.

In general, the Chief (listed as train's #3 and #4 in Amtrak's timetable) is one of just a few Amtrak trains to offer so many amenities and services.

It generally operates between 50 and 90 mph along BNSF Railway's Transcon between Chicago and Los Angeles with 33 station stops currently available.