One of the most prolific car types you will find moving within a freight train today is the tank car. This versatile piece of rolling stock has long been used to handle liquid or liquefied products, usually some type of chemical or petroleum-based commodity.

Its use has increased over the years diversified to also include food-based products and ethanol.

However, this was not always the case and in many ways the tank car is a "specialty" freight car, meaning it was originally created to haul a specific commodity.

While the perception changed somewhat in recent times, the industry has often been quite stubborn about accepting new technologies, or any change at all for that matter.

So, when new oil companies began appearing after reserves were discovered in the 1860s railroads were, not surprisingly, hostile to developing a new type of car to haul the commodity.

In his authoritative title, "The American Railroad Freight Car," author John White, Jr. notes the first types of tank cars, essentially flat cars to which wooden vats were attached, appeared during the 1860's.

The Central Pacific is known to have used such specialized cars to transport water.  However, prior to the discovery of oil by Colonel Edward Drake near Titusville, Pennsylvania on August 27, 1859, the tank car was virtually non-existent. 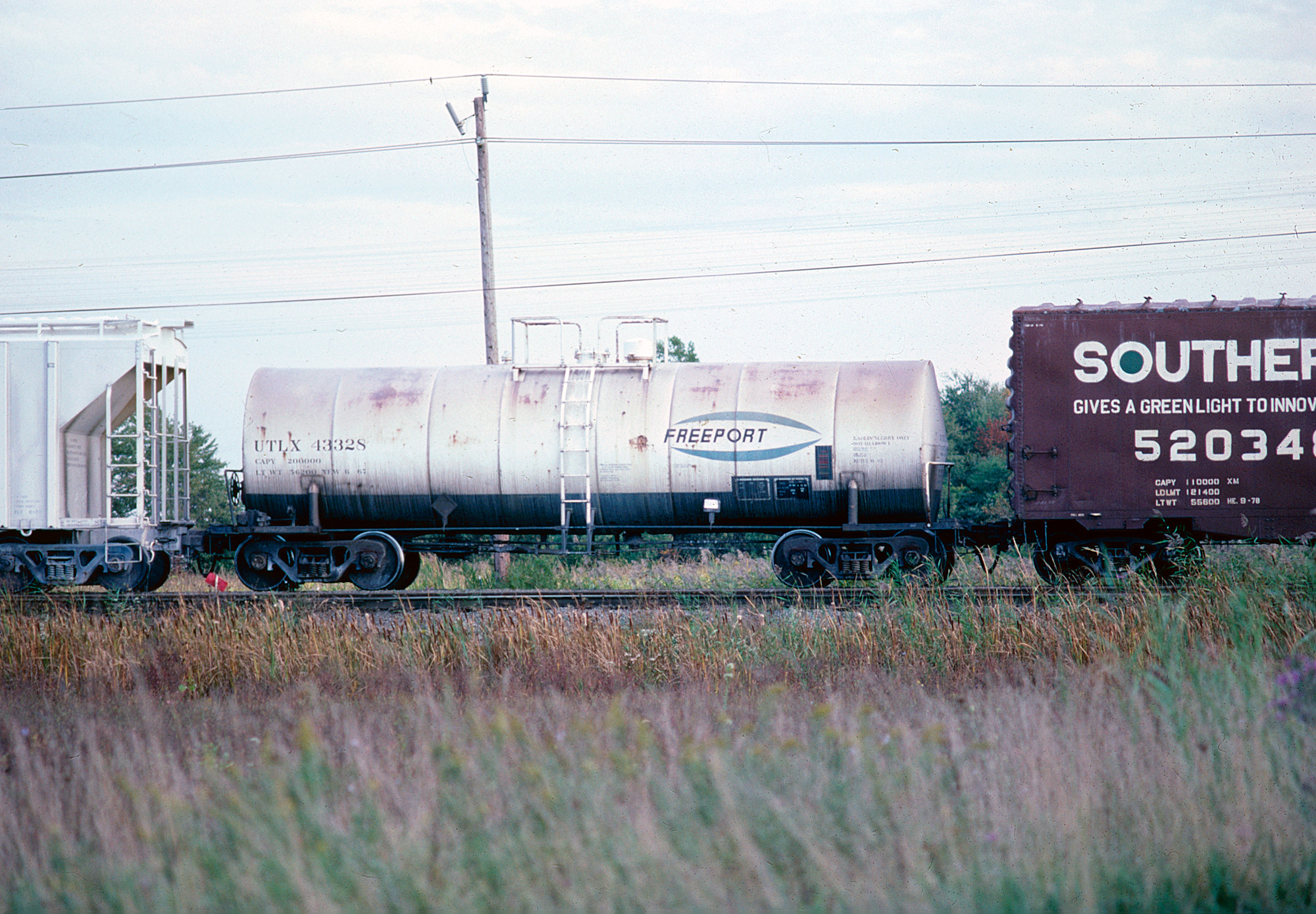 As Mike Schafer notes in his book, "Freight Train Cars," the tank car's development occurred long after the other traditional designs (flatcar, hopper, boxcar, and gondola).

It was born purely out of necessity as the fledgling oil industry, which got its start when Edwin Drake discovered rich reserves near present-day Titusville, Pennsylvania, demanded a better car for the movement of its product.

Of course, as it later turned the railroads had a major financial incentive to do so; there was big money in oil.

Before the car was developed railroads used a combination of boxcars, flatcars, and gondolas to haul everything from lumber and coal to crude oil, molasses, and water (by use of barrels).

The inefficiencies of hauling liquids this way (barrels meant much less of the commodity could be transported and barrel construction was never sealed well resulting in constant leaking issues) quickly became obvious not only by oil companies but also other businesses which had their liquid goods shipped via railroads.

In today's industry there are currently seven specifications that comprise a tank car's designation.  These are broken by:

For instance, in the AAR's sample, a car may carry the following description; DOT111A100ALW1. 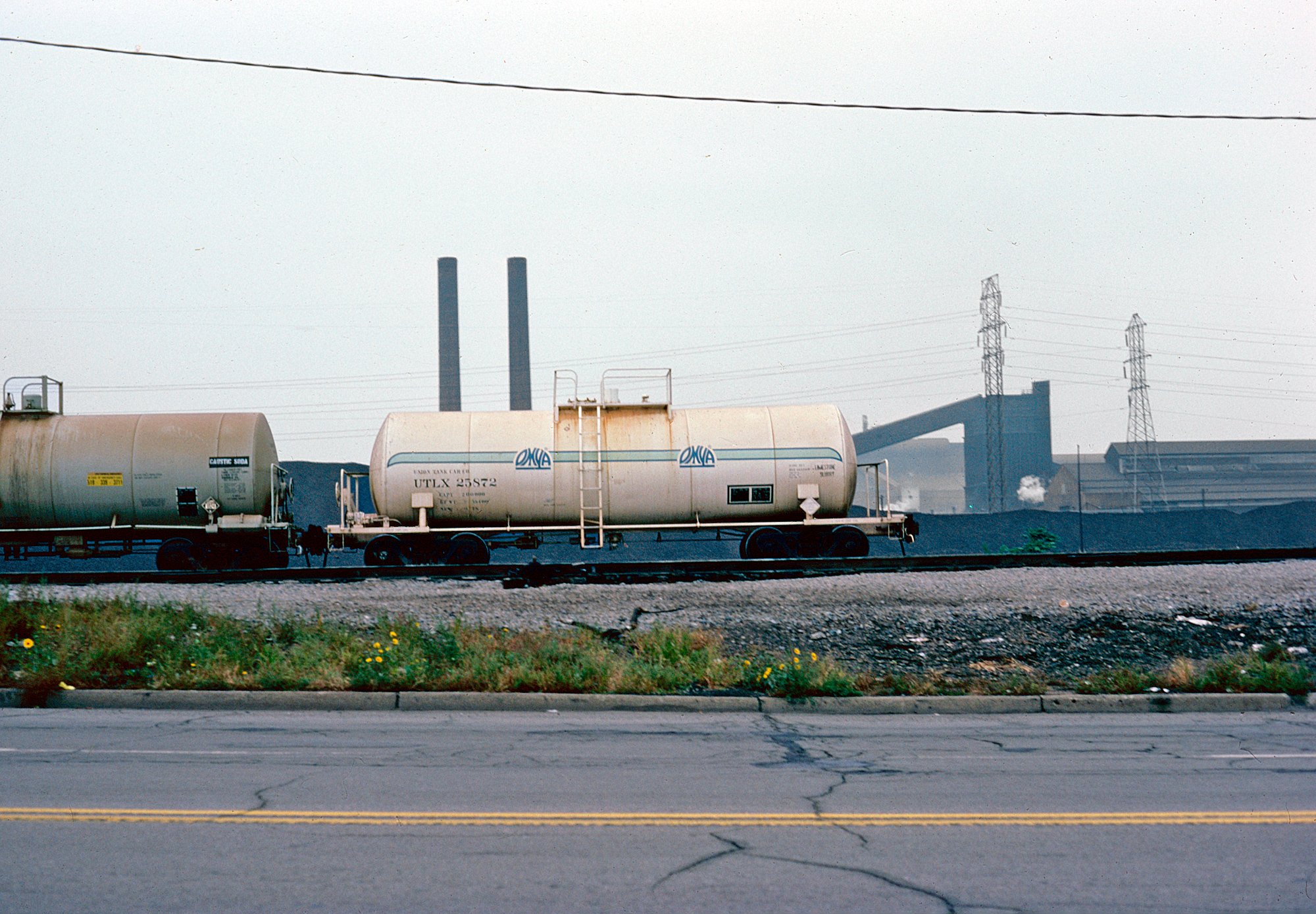 The earliest version of tank cars, or the "oil car" as it was known then, began to appear in the early 1860s during the Civil War. Essentially, a standard flatcar was employed with two or three vertical vats placed on top.

Unfortunately, the design had several flaws; the most obvious was that it could not hold much product due to height and width issues.

Additionally, leaking was again an issue. By the late 1860s, following the war, the first true tank cars began to take shape.

In this particular case the early vertical vat-on-flat-car design was changed to a horizontal iron tank, which was then mounted to a traditional flat car.

The design was roughly similar to what is now commonly in service today, featuring a top dome (with safety valve) to load the product as well as a discharge valve at the bottom. It allowed for much more product to be shipped via one car and quickly found widespread use.

These first vertical cars were about 28 feet in length and hauled around 3,400 gallons. By the 1870s and 1880s tank cars were found in service across the industry, thanks largely to the booming oil/petroleum business.

Despite a better design the car was still traditionally built with a wooden under-frame sporting a horizontal iron tank.

However, as the 20th century progressed the car's construction materials improved with the development of steel and welded seams it was much stronger and thus was built larger to haul much heavier loads.

There were also more commodities to haul ranging from chlorine, ammonia, and various refined petroleum products such as gasoline and kerosene to edibles oils and milk, which required special interior glass-linings.

Despite the widespread use of the tanker railroads still found the car somewhat of annoyance since it typically could only haul one product, which often meant it returned to the customer empty.

For instance, a car carrying oil could not haul any other product, such as a food-based commodity. This led to the rise of privately-owned rail car fleets, especially within the petroleum and chemical industry.

Two of the most well known today is the Union Tank Car Company and GATX Corporation.

Throughout the first half of the 20th century the car's demand continued to climb, first with the introduction of the automobile and then later during both World Wars with a brief decline during the great depression.

Today, most tankers are privately owned and as mentioned above carry a wide range of products from industrial to food-based.

Over the last half-century or so the tank car has not changed significantly, with any alterations being within the general design itself to accommodate various commodities (such as differing positions of the dome, walkways, and pressurized/non-pressurized railroad cars).

If you are curious as to what a car may be carrying their product is usually labeled on the lower-right hand corner of the car along with other reporting marks (and will say something such as "ammonia," "chlorine," or some type of acid).

Given the fact that today there are so many differing types of bulk liquid commodities being handled the tanks car will certainly always be one type of freight cars used by the railroad industry for years to come.

One interesting design from DuPont during the 1980s featured a car that could handle 43,800 gallons which was well over 60 feet in length, requiring the use of four trucks (16 axles).

While tankers may appear roughly the same in wide appearance except for their general size the cars range widely in the designation from how they were constructed to what commodities they carry.

As a result they fall under a series of different classifications. In 2010 the Association of American Railroads in conjunction with several companies and agencies released a detailed "Field Guide To Tank Cars."

While the car types and designations are briefly covered here the document provides an in-depth look on the topic.