Railroad undercutters have been around in one shape or another since the steam era and today have not really changed much more than becoming larger and more efficient at their primary task.

Today's machines operated by either railroads or contractors can scope up between 6 inches and 2+ feet deep of material at once, typically rolling along at just a few feet per minute.

Ballast cleaners, however, cannot always be used. Once the crushed stone making up the ballast structure has broken down too much to be effective any longer railroads must replace it.

To accomplish this task a another piece of equipment known as an undercutter is called in. This hefty machine is somewhat similar in appearance to a ballast cleaner.

However, instead of cleaning the stone it scopes it up to be replaced. Having been around for many decades now undercutters are not only used by railroads but also contracted out to companies like Loram. 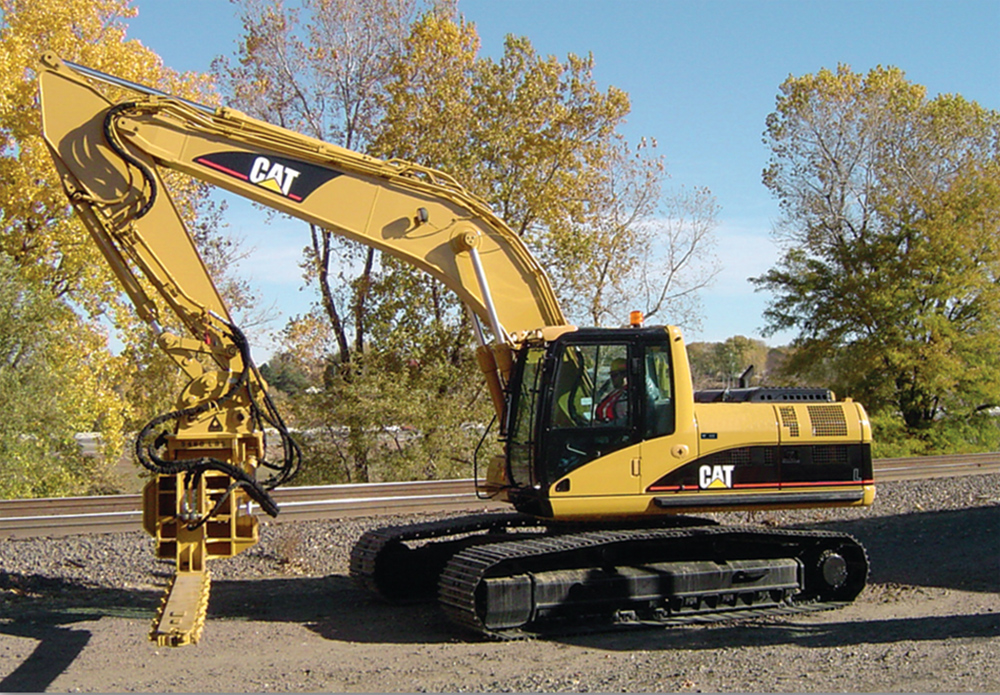 Ballast cleaners, also known as shoulder cleaners, are complicated looking machines that perform a basic but very important task, keeping ballast free from debris and dirt so it can most efficiently drain water away from the track structure (ties and rails).

Early shoulder cleaners date back to the steam era and interestingly they haven't really changed all that much over the decades, although today they are somewhat larger and more efficient.

Once the undercutter has scoped up the material alongside the rails and ties it uses a bar or chain, which is slid along and underneath the track structure to then loosen and free the material there to be retrieved.

Since railroad undercutters scope up all of the stone material along the tracks and do not return it the hoppers which trail along fill up much quicker, obviously causing the work to take much longer than simply cleaning the ballast. Ballast (usually crushed stone), as it is known, is another important part of railroad infrastructure.

You may be wondering how such a term came to define the stone which supports the track structure. 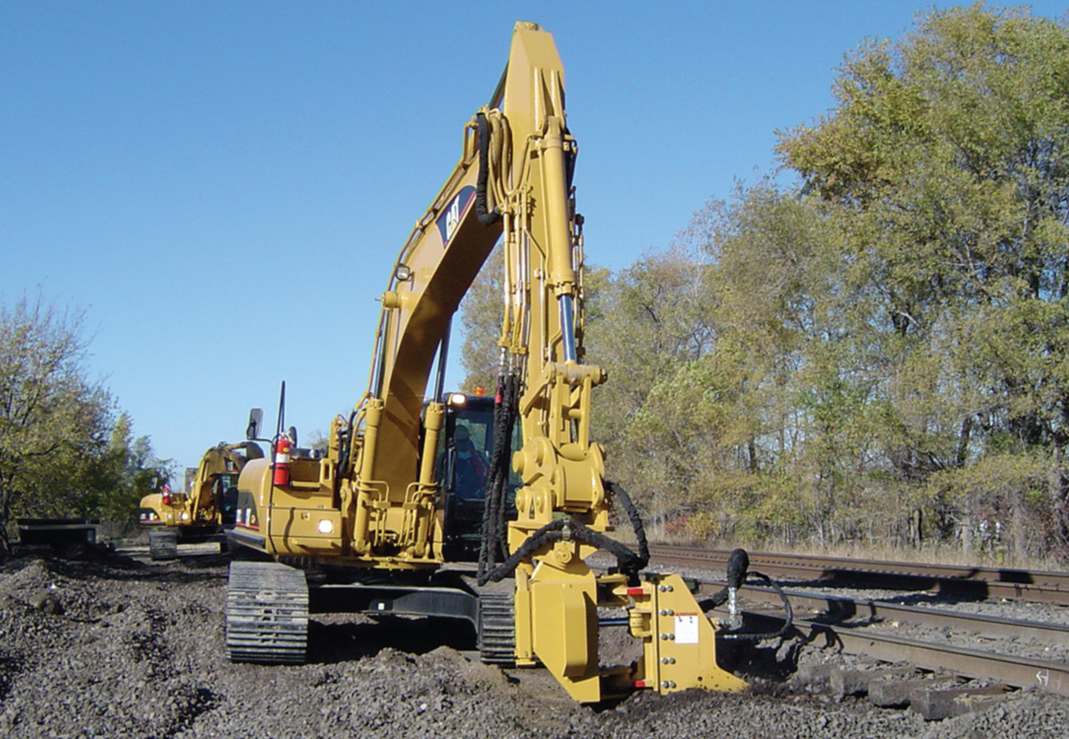 Interestingly, it has its roots dating back to early times when stone was used as ballasting for sailing ships.

Some light density branch lines would appear jet black as nothing but burnt coal cinders were used to ballast the route.  Railroad undercutters are employed in more ways than just removing spent ballast, however. 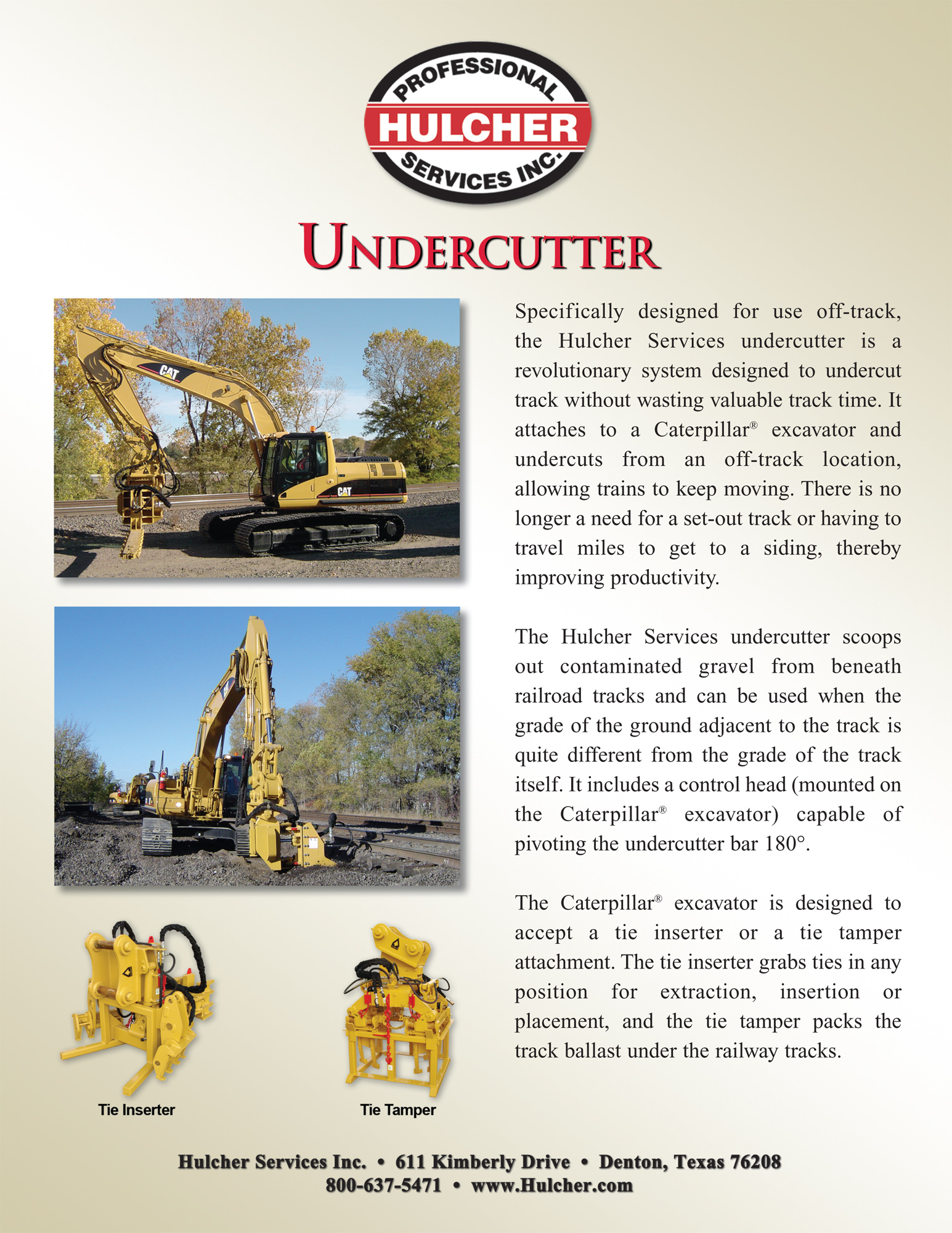 They are also used to lower the floors of railroad tunnels when clearances become an issue, which by doing so takes much less time and is more cost effective than raising the tunnel's roof.

This was especially true when intermodal and piggyback service began to hit the railroad industry by storm in the 1970s and really took off in the 1980s prompting many companies to do tunnel work allowing for this much taller freight to fit comfortably within tunnels.

Railroad undercutters are just one more arsenal in maintaining the track structure, the other notable machines being the massive ditch digging equipment and ballast cleaners, previously mentioned. 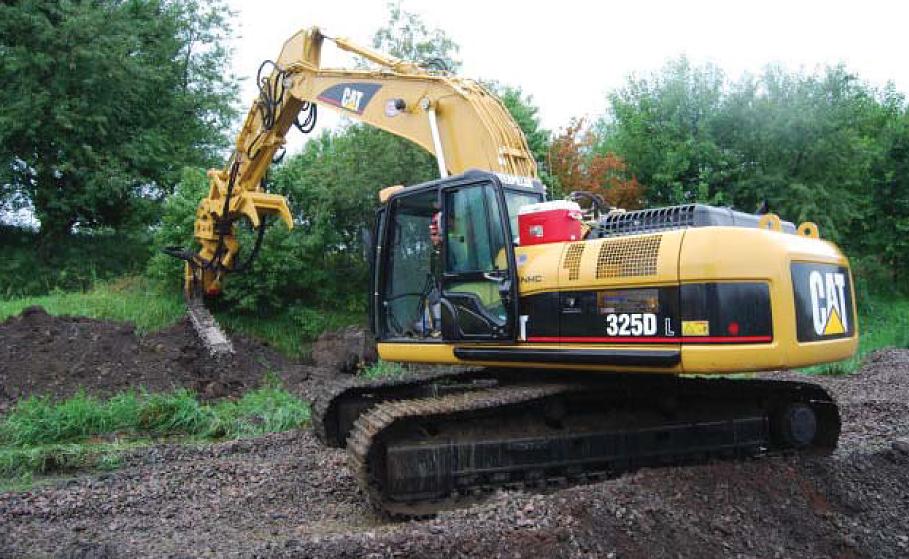 For more reading about undercutters you may want to consider the book Railway Maintenance Equipment: The Men and Machines That Keep the Railroads Running from noted author Brian Solomon.

Throughout the book's 128 pages Solomon covers all types of maintenance equipment from tampers and undercutters to Jordan Spreaders and rotary snow plows. I own this book myself and have used it as reference material for this site many times. It's a great read on an often little understood area of railroading.