Virginia railroads feature typical Appalachian operations; plenty of coal moving from tipple to tidewater with stiff grades over the Blue Ridge that must be conquered to complete the journey.

In addition, the state is home to north-to-south main lines like the former Southern, Atlantic Coast Line, and Seaboard Air Line.  From a train enthusiast's perspective at the time, it offered quite an eclectic display of operations.

The Old Dominion State may no longer be home to names like the Norfolk & Western or the Richmond, Fredericksburg & Potomac, but today successors CSX Transportation and Norfolk Southern carry on operating many of their, and other fallen flags’, lines.

Additionally, Virginia is served by a handful of short lines, most of which are located in the eastern regions of the state (or directly along the coast). 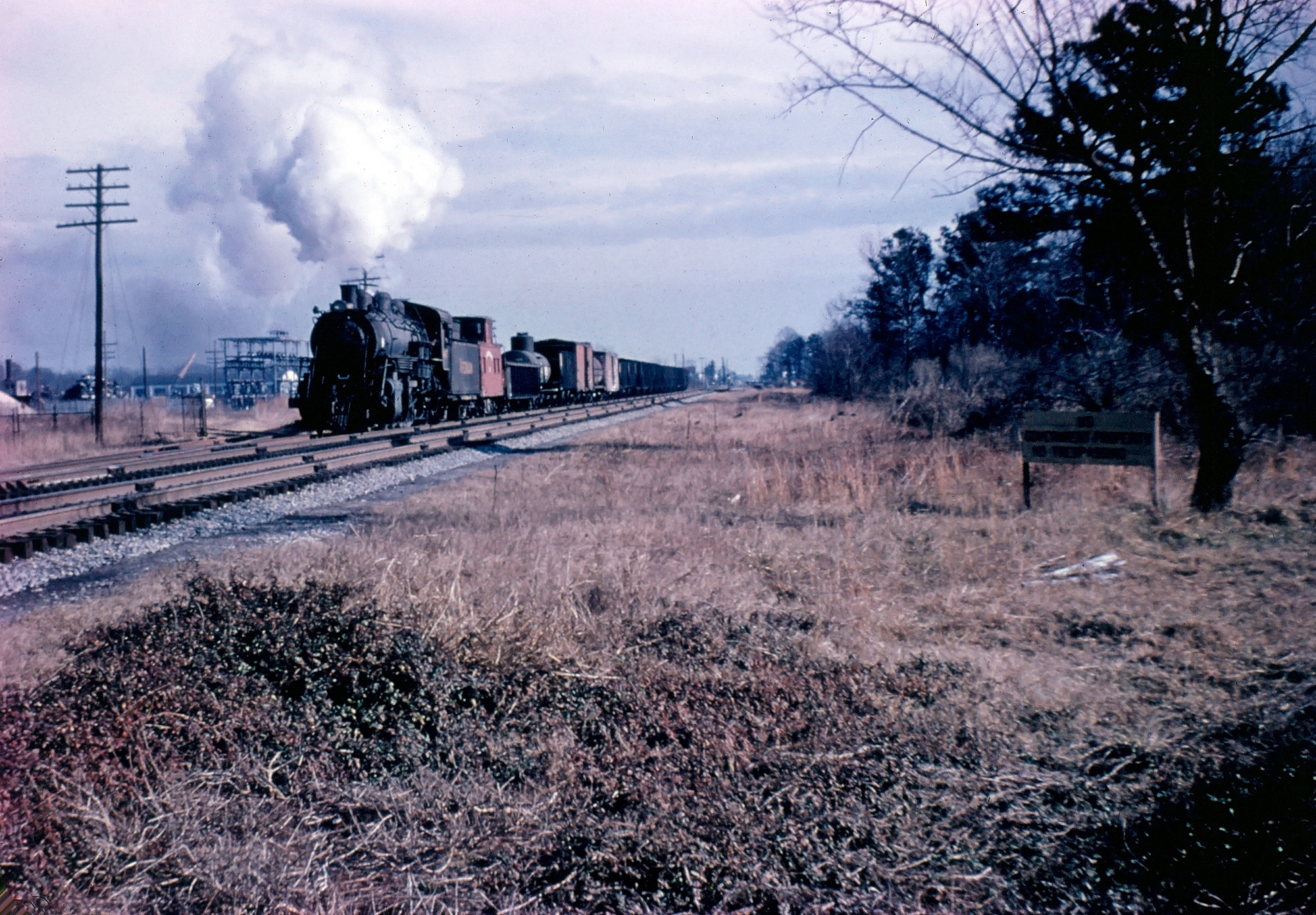 Virginia railroads date back to 1830 when the Petersburg Railroad was chartered to connect Petersburg, Virginia with Garysburg, North Carolina.

A distance of about 62 miles the railroad opened its main line in 1833 and after operating for 65 years, it was merged into the Richmond & Petersburg Railroad in March of 1898 eventually becoming part of the Atlantic Coast Line system.

The original Petersburg Railroad route became the Atlantic Coast Line's primary main line to Richmond and today it remains an important artery in successor CSX Transportation's system, more than 170 years since the route was constructed.

In the succeeding years following the opening of the Petersburg, Virginia would come to know many of the South’s most celebrated railroads. 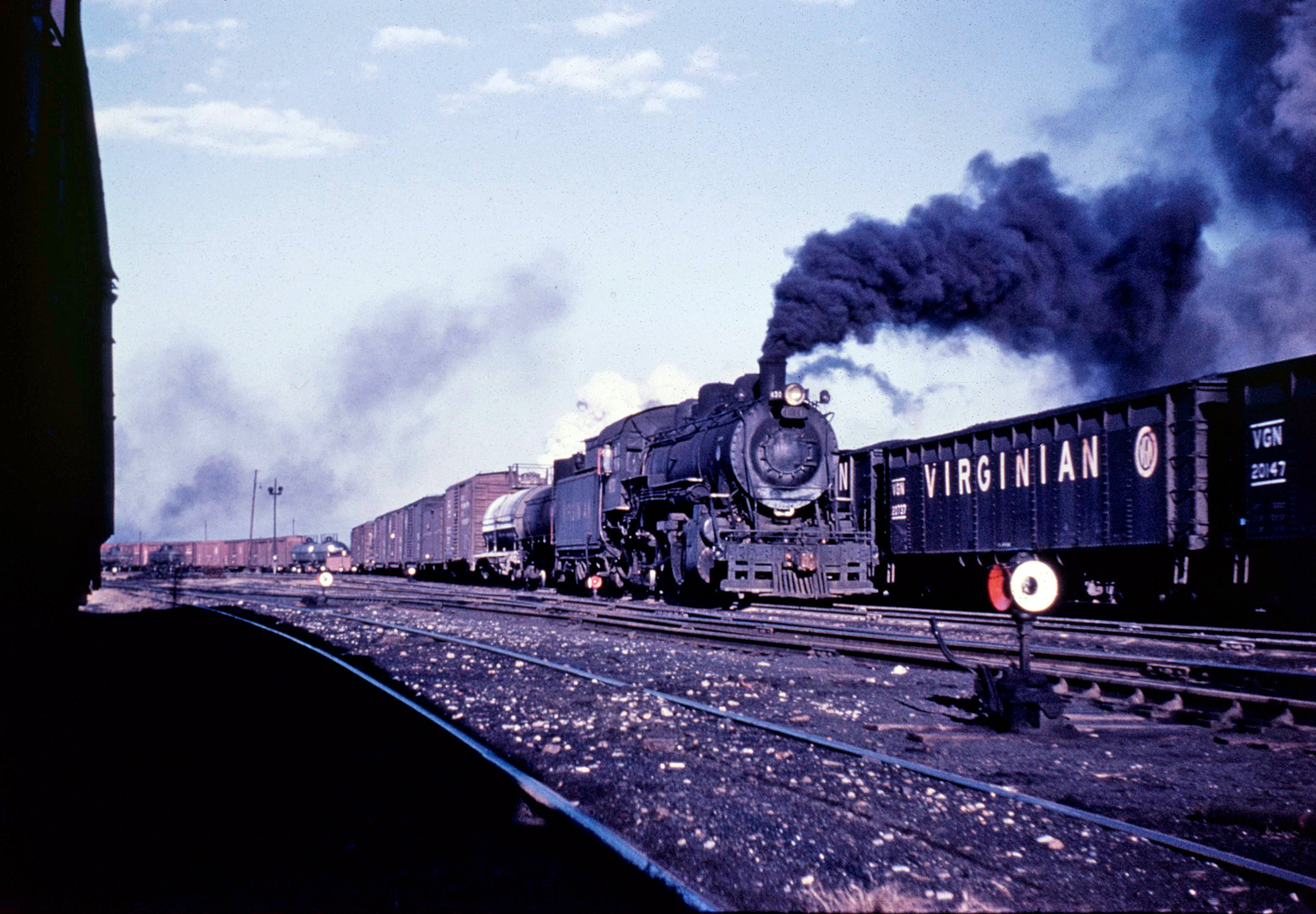 Many of these railroads played a vital role in both developing Virginia and seeing it prosper, such as serving the Port of Norfolk/Newport News in the southeast and tapping the state’s rich coal reserves to the west.

While railroads like the C&O, Virginian and RF&P have particularly left their mark on the state, perhaps no other railroad is more synonymous with Virginia than the Norfolk & Western.

For whatever reason, Virginia has not suffered the rail losses of other states; roughly, only 1,600 miles have been abandoned of a total reaching 4,700 miles.

Main lines of the Southern Railway, Norfolk & Western, and Chesapeake & Ohio all remain quite active under Norfolk Southern and CSX.

By and large, the abandonments have been secondary agricultural corridors and coal branches to the west.  The one notable exception is the old Virginian Railway.

Its main line is gone from just west of Norfolk/Portsmouth to Abilene.  There are also other sections removed, such as the section near Glen Lyn, Virginia.

Another notable abandonment is the Norfolk & Western's fabled "Virginia Creeper," the Abington Branch which ran from Abingdon, Virginia to West Jefferson, North Carolina.

Today, with the Southern’s main north-south line that terminates in Washington, D.C. and the N&W’s east-west route that connects Norfolk/Newport News with most of the large markets in the Midwest (including Chicago), successor Norfolk Southern operates most of the strategic routes in Virginia.

In addition, part of the old Virginian's main line is still intact, which follows much the same route as the N&W. 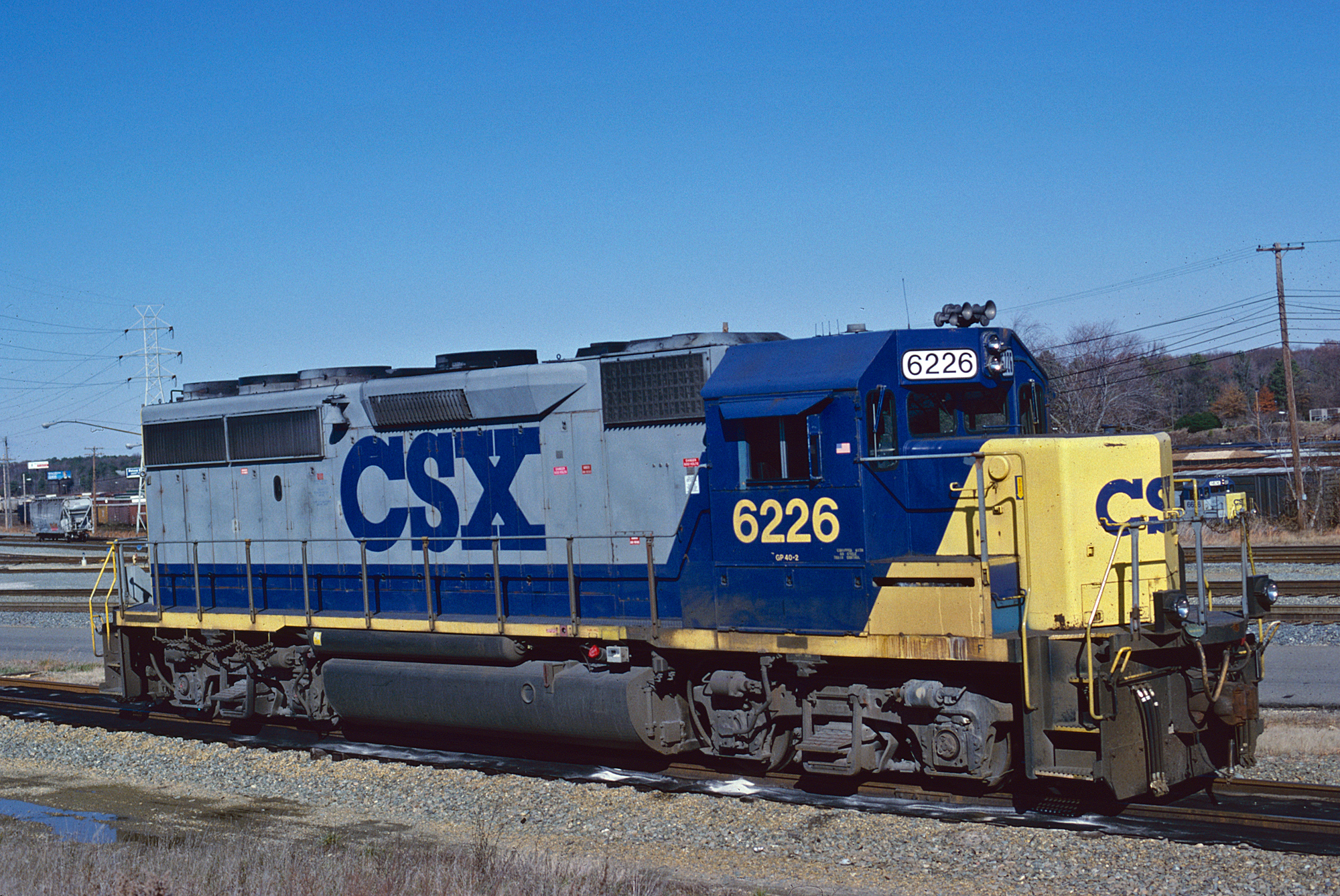 While CSX operates the former C&O, SAL, ACL, RF&P and Clinchfield lines in the Old Dominion State none offer quite the strategic advantage afforded by the N&W, Virginian and Southern lines. 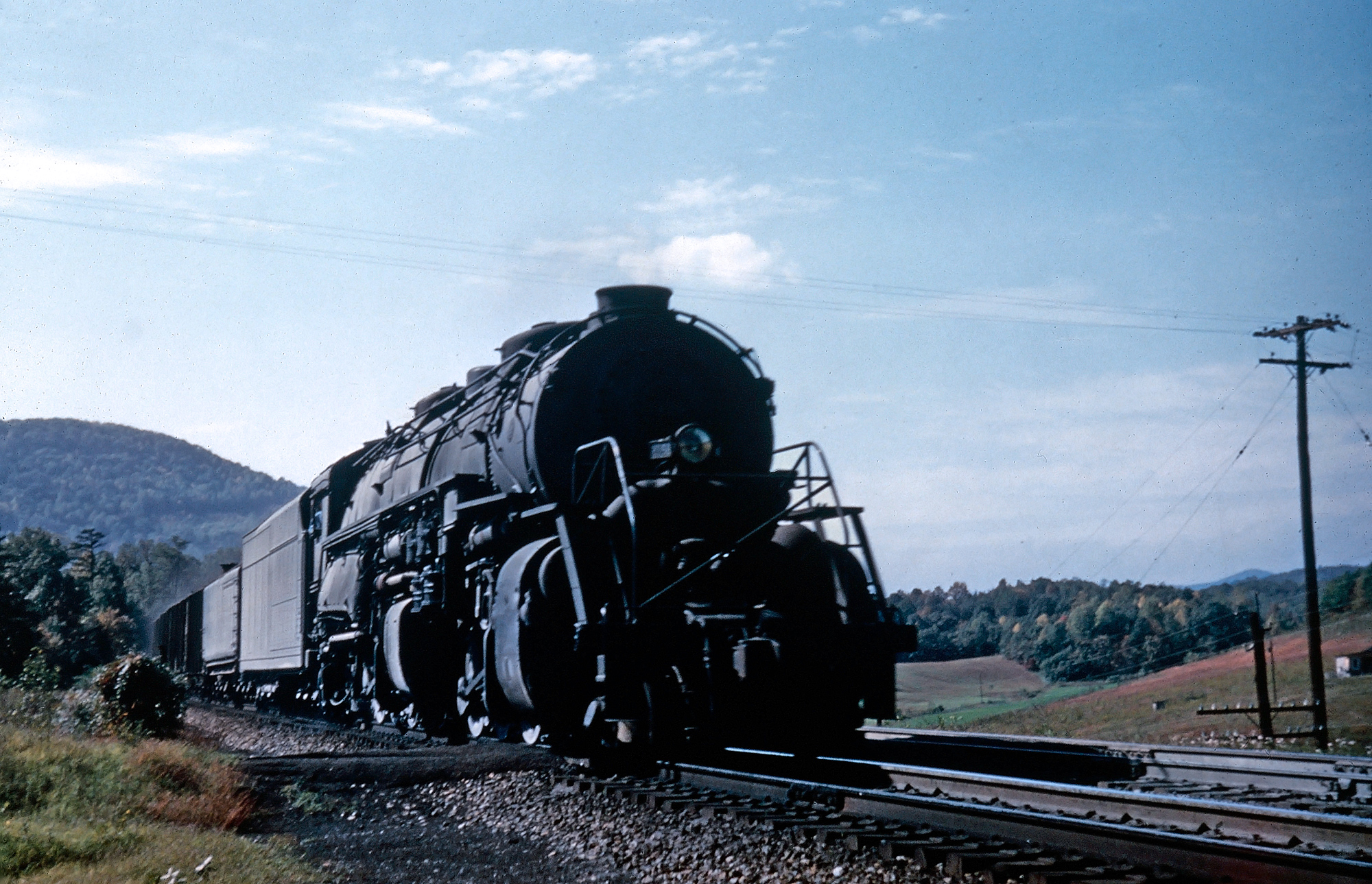 Much of the state's loss of trackage was through coal branches, secondary lines, and smaller railroads that were abandoned before the 1980s. For more information on Virginia railroads, in terms of route mileage over the years please take a look at the chart below. 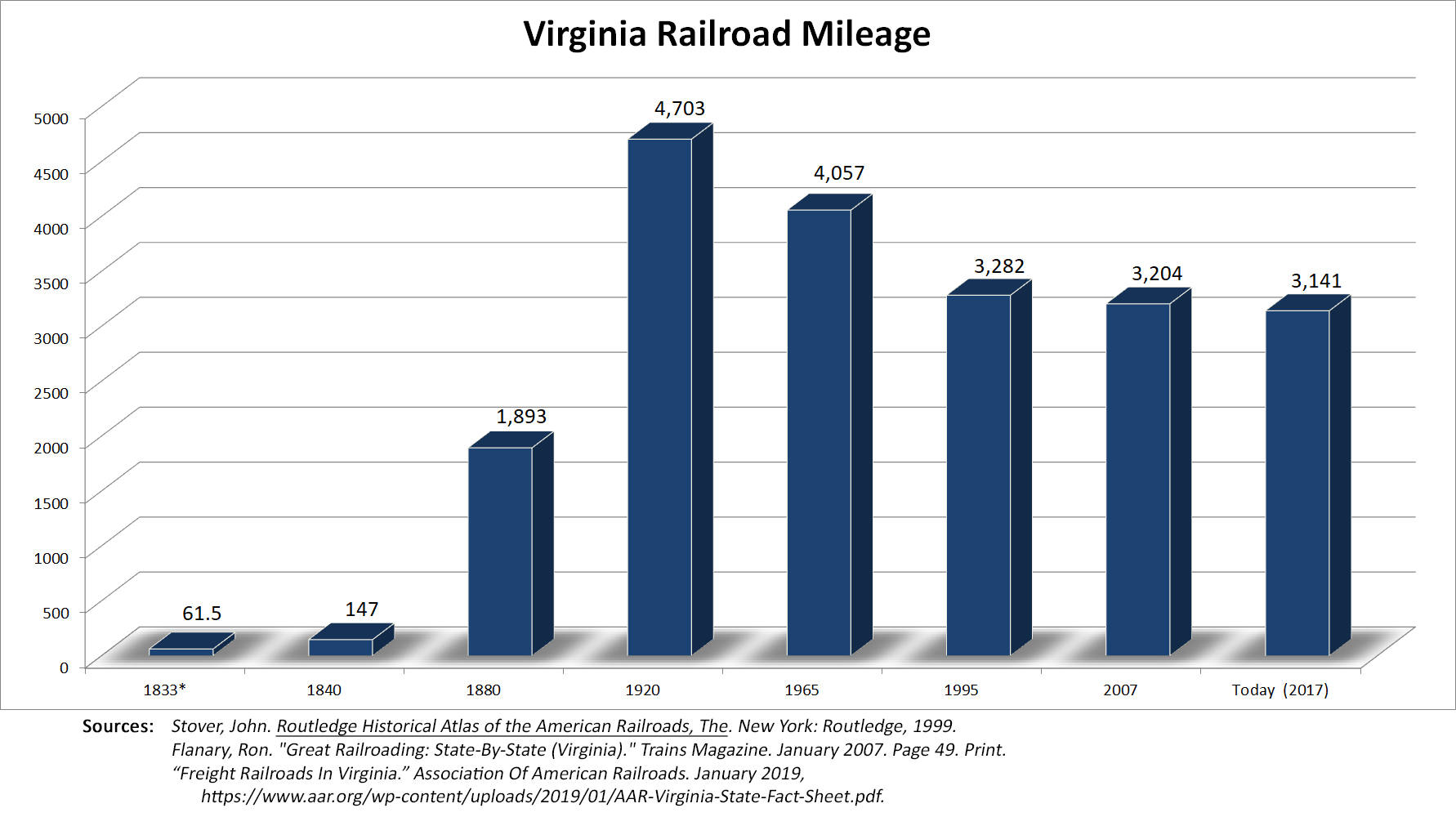 * Railroads arrived early to Virginia when the Petersburg Railroad opened 70 miles from Petersburg to Garysburg, North Carolina in 1833.  It played an important role for the Confederate Army during the Civil War, where it received considerable damage by Union forces, and then was acquired by the much lager Wilmington & Weldon Railroad in 1891.

The W&W went on to join a group of other systems that collectively became the modern Atlantic Coast Line, one of the South's most successful systems.  Today, the former Petersburg Railroad remains in use by Class I railroad CSX Transportation.

Passenger trains are still alive and well in Virginia with Amtrak operating the tri-weekly Cardinal along with the Crescent and Silver Service operations.

The Commonwealth also operates commuter services with the Virginia Railway Express (VRE) which has a line connecting Manassas with D.C. and another connecting Fredericksburg with D.C. 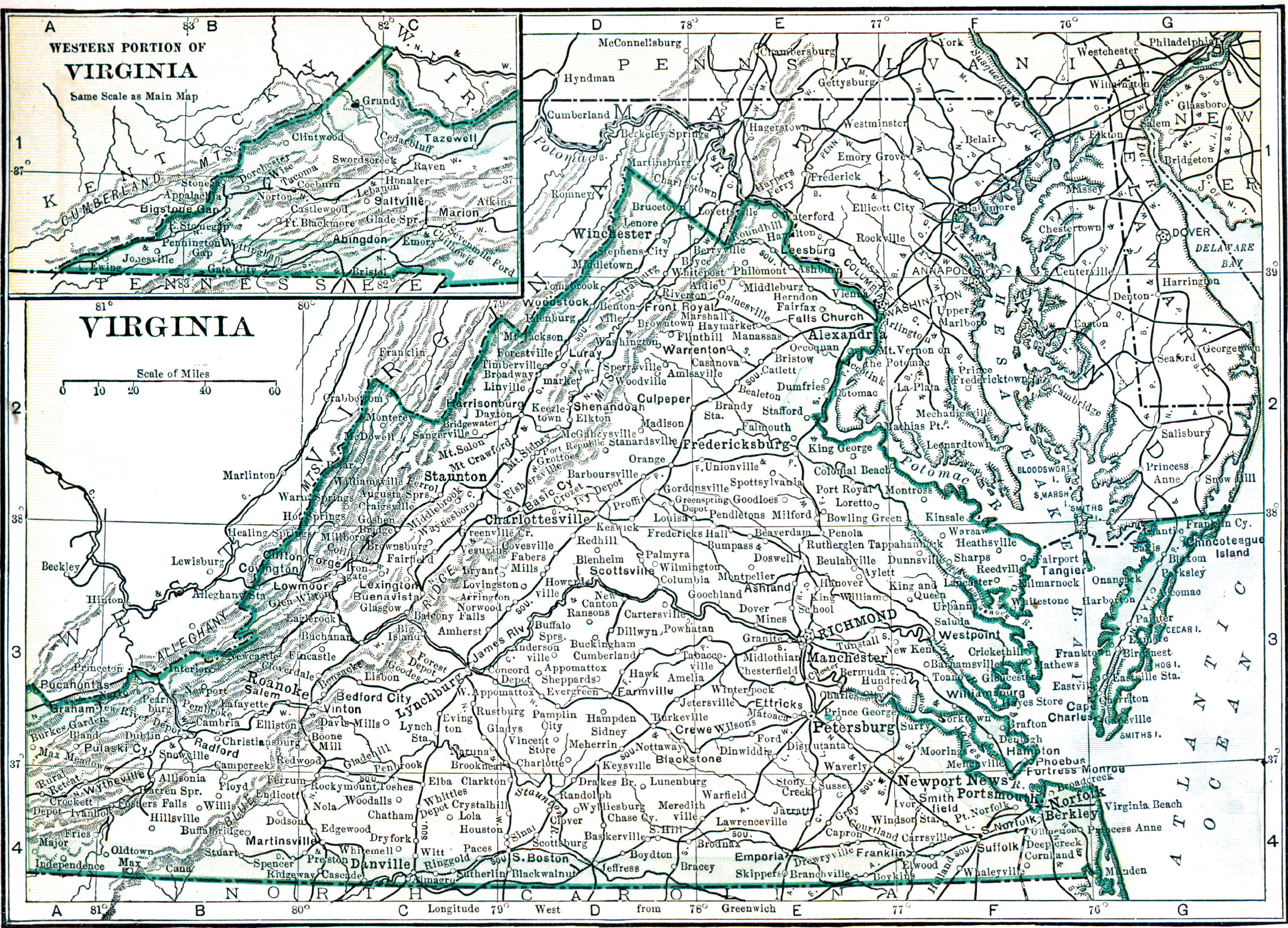 Future commuter operations include The Tide, a light rail initiative to serve Norfolk and Virginia Beach as well as the Columbia Pike Streetcar project which will link Pentagon City with Skyline, Virginia. 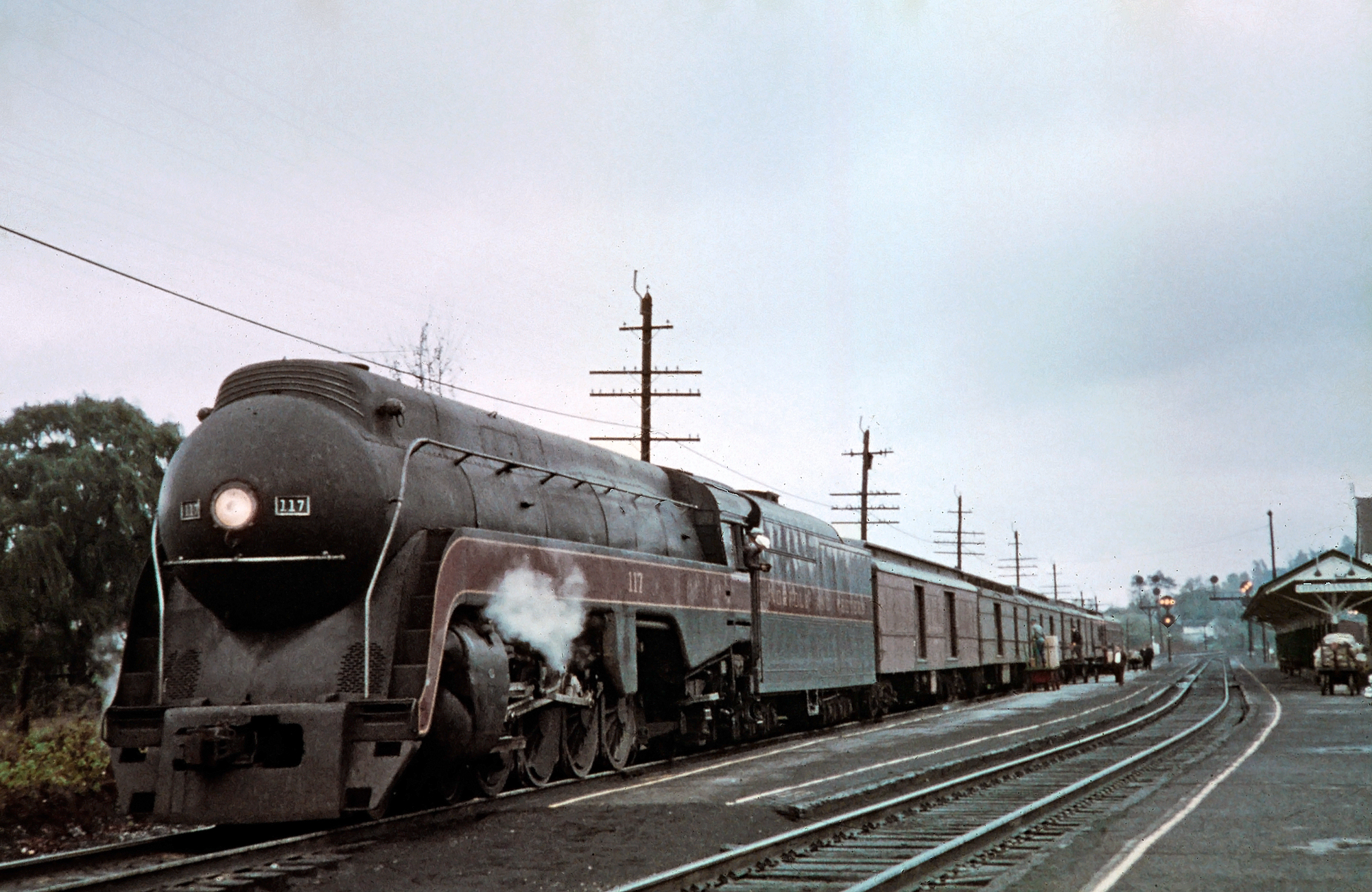 One of the Norfolk & Western's streamlined 4-8-2's, #117, is stopped in Christiansburg, Virginia with a westbound mail/express train, circa 1954. A.C. Kalmbach photo. American-Rails.com collection.

If you are interested in museums, Virginia is home to several although.

Both of these locomotives were once part of Norfolk Southern's original steam program that ended in the 1994 and #611 has actually operated in its second which lasted from 2011-2015.

In all, Virginia railroads offer everything from rugged mountain railroading to intermodal and commuter rail. Depending on what kind of railroading you’re interested in, you are sure to find it in the Old Dominion State!