The Vermonter is a newer passenger train that Amtrak has only been operating for less than 20 years. Of course, prior to the 1990s the train was operated by a different name and known as the Montrealer, a historic route that dated well back into the classic era of the industry.

During those days the train was a joint venture by no less than five different classic lines to connect Montreal with Washington, D.C.

Under Amtrak's direction the train continued to be operated but was eventually cut back from its original Canadian connection and today still has never been reestablished.

The train currently sees only marginal ridership with fewer than 300 riders daily, or less than 100,000 annually making it one of Amtrak's least popular trains.

However, it is partially subsidized by the state of Vermont which keeps the train operating. The future actually looks stable for this corridor as work is currently underway to increase speeds thereby hopefully increasing demand. 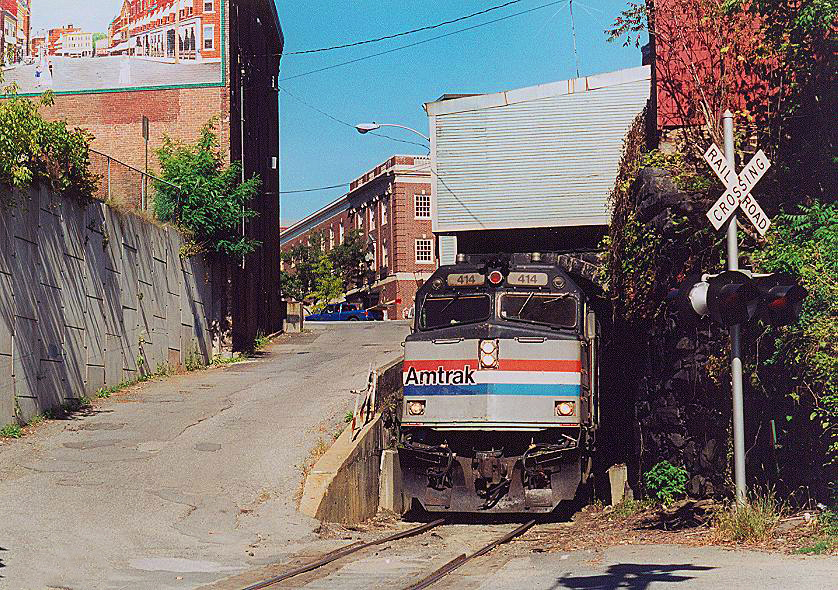 Before the Vermonter was created the route from Montreal to Washington was operated by two trains, the Montrealer and Washingtonian.

These were actually joint runs that dated to the first half of the 20th century. Technically, the trains were established by the Boston & Maine Railroad.

However, to reach their intended destinations of Montreal and Washington required the help of five different railroads:

For most of its existence the trains operated twice daily; the Montrealer was the northbound run (Washington-Montreal) while the Washingtonian operated southbound (Montreal-Washington).

Given the priority and importance of passenger trains in those days each run required just over 17 hours to complete the 660+ mile journey with an average train speed of about 40 mph.

In comparison to today's Vermonter which requires nearly 14 hours and one can see just how much faster intercity trains were during the "Golden Age" of rail travel.

Additionally, it is all the more startling when one realizes the Montrealer/Washingtonian operated on a schedule where the train had no fewer than five layovers during the trip! 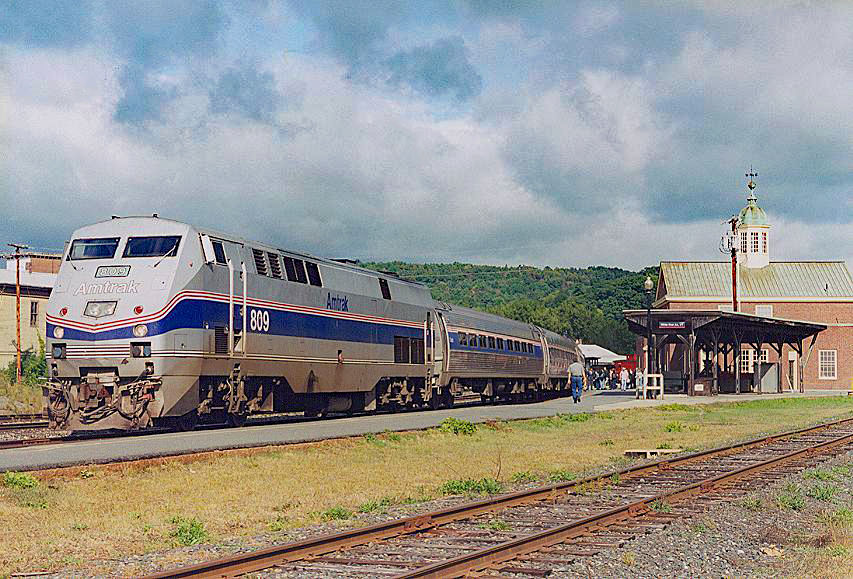 As one of the B&M's most important trains the Montrealer/Washingtonian typically carried lounge cars, parlors, diners, reclining seat coaches, sleepers, and a parlor observation.

However, the actual consist varied a bit depending on which railroad was operating the train over its particular lines. As late as 1957 you could still take these trains along their original routing.

However, by a year later as demand declined the B&M began cutting back the operation. A decade later in the mid-1960s it ended passenger operations altogether.

In September, 1972 a little over a year after it began Amtrak revived both the Montrealer and Washingtonian, essentially along its original corridor.

Of course, services were not quite at such a high level as years before but the latter train survived until 1995 when it disappeared into the NortheastDirect (now known as the Northeast Regional).

At the same time the Montrealer disappeared and became known as the Vermonter on April 1, 1995.

Had it not been for the state of Vermont stepping in to partially subsidize the train it likely would have been cancelled permanently as at the time funding problems were forcing Amtrak to scale back its services.

However, no longer does the train reach Montreal due to the state's refusal to pay the incredibly high costs to do so, as Amtrak must contract out the labor and terminal requirements to serve the city.

Additionally, the Vermonter operates with a cab car on one end, giving it push-pull capability so that it does not have to be turned at Springfield.

As mentioned above the train does not see significant ridership. However, Vermont, Amtrak, and short line New England Central are attempting to change this by sinking $70 million into the route from St. Albans to White River Junction which will increase train speeds to between 59 and 79 mph.

This will hopefully increase ridership by reducing transit times. If you would like to learn more about riding the Vermonter please click here to visit the train's official website maintained by Vermont. Here you can find out which stations it serves and what a usual trip is like.