The Baldwin VO-1000 proved to be the company's most popular diesel locomotive model. Including the later DS-4-4-1000 (which was essentially the same model reclassified) the Baldwin Locomotive Works sold more than 1,000 examples of the design. While the company did quite poorly in the main line diesel market, it could not even effectively compete with the American Locomotive Company (Alco) let alone industry leader Electro-Motive Division, railroads found its switcher line very reliable, efficient, and rugged. Most sales of the VO-1000 went to large Class I railroads. However, the diesel also found a market with the industries and smaller railroads looking to fill their power needs. Today, the VO-1000 is the best preserved Baldwin diesel, as more than a half-dozen can be found at museums around the country. Additionally, B&O #412 owned by the United Railroad Historical Society is leased out to shortline SMS Lines for revenue freight service. 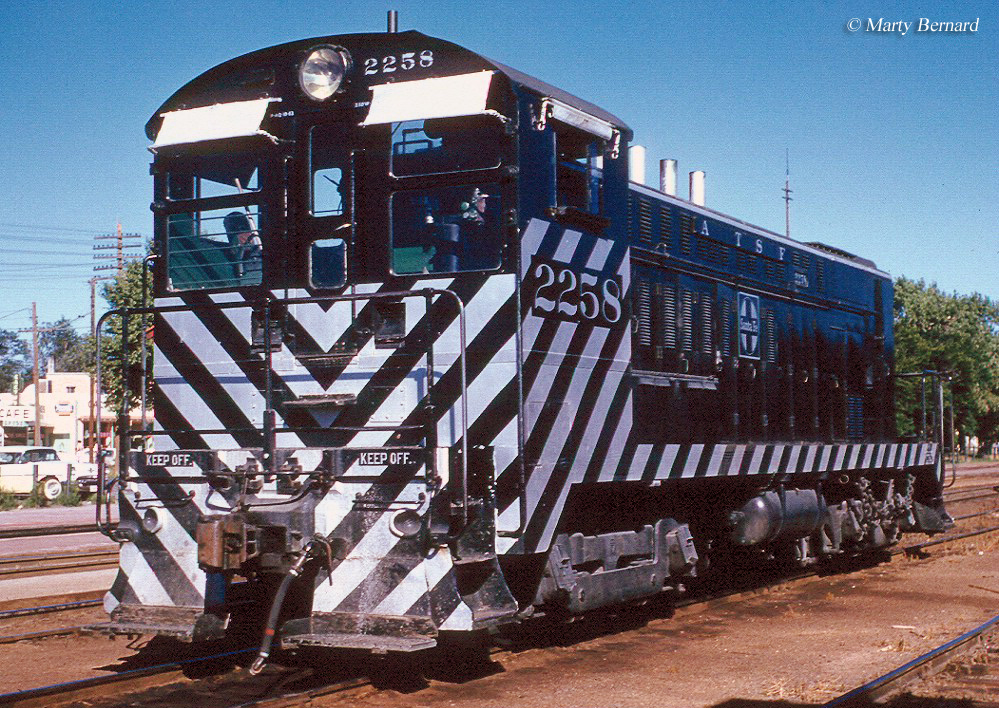 Baldwin released its VO-1000 model at the same time as its VO-660 design. The designations behind Baldwin's switchers included engine type (the VO was a diesel engine built by De La Vergne who supplied many prime movers for Baldwin over the years) and horsepower (in this case, 1,000). It was a very straightforward setup that the company, for one reason or another, elected to change soon after using a complex set of numbers, letters, and dashes (far more complicated than designations other builders would use). In any event, if Baldwin had ever shown as much interest in main line diesel locomotives (where the real money was to be made) as it did its early switcher designs the company would surely have survived much longer or perhaps still even be in business today.

A New Generation Of Switcher, The S-8

For more information about the VO-1000 model please click here.  If you are somewhat familiar with the history of the industry, Baldwin was a leading steam locomotive manufacturer for decades and had been producing them since railroading practically began in the 1830s. When diesel locomotives first began appearing in manufacturers' catalogs in the 1930s (such as with the American Locomotive Company's small switchers and the Electro-Motive Corporation's FT and EA design) Baldwin showed little interest in the motive power. The company was not even able to build diesels until it purchased the I.P. Morris & De La Vergne company in 1931, which specialized in industrial diesel engines.

The VO-1000 was actually Baldwin's very first diesel locomotive model it ever released on its own, debuting the design in January, 1939 about four months before the VO-660 (in reality, Baldwin's idea of building customized diesel locomotives for either a specific railroad or certain work environment would prove unsuccessful). It was a bit longer than models being released by Alco and EMC at 48 feet, 10 inches. However, it carried the classic look that would come to define switcher models, an end cab that was wider and taller than the leading long hood to give crews maximum visibility. From an exterior standpoint the one lacking feature of the VO-1000, among all things, was few handrails none of which ran the length of the locomotives' walkways. 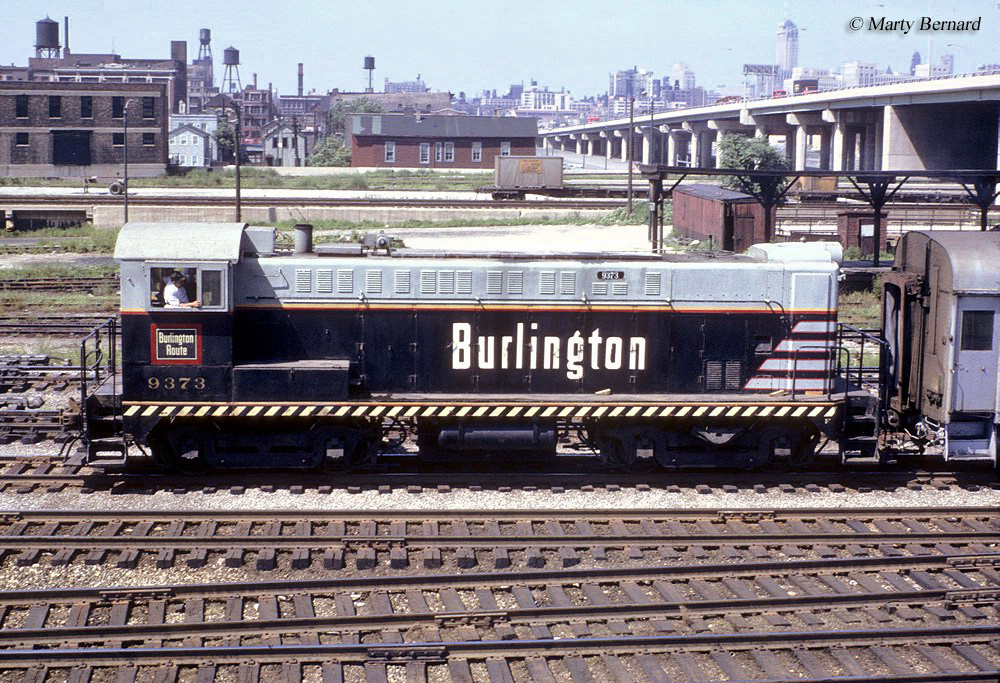 As with the soon-to-be-released VO-660, the VO-1000 used a four-axle, B-B truck setup and featured internal components almost exclusively from Westinghouse (the two companies had worked well together for many years dating back to the late 19th century in collaborating to build electric locomotives). While the model did not feature dynamic braking or turbocharging it did offer excellent tractive effort; 60,000 pounds starting and 34,000 pounds continuous (a trait not lost on railroads).   Given the switcher's weight (122.25 tons) and length they were quite versatile in light duty service such as branchline and yard work, which is where most railroads employed them.

It also made them marketable for industrial applications where many were also purchased. When production ended on the VO-1000 just after World War II, in December, 1946 548 would be built, which would all but equal Baldwin's total of later cab units and road switchers combined.  An interesting sidenote about the VO1000 was that several lines like the Reading, Elgin, Joliet & Eastern, Atlantic Coast Line, Great Northern, St. Louis–San Francisco Railway, and the Santa Fe all had their models later modified. Most, like the Reading sent theirs to EMD for repowering with the company's model 567 prime mover (the Reading's, for example, kept their outward appearance and still looked like a Baldwin but were classified as a VO-1000m). 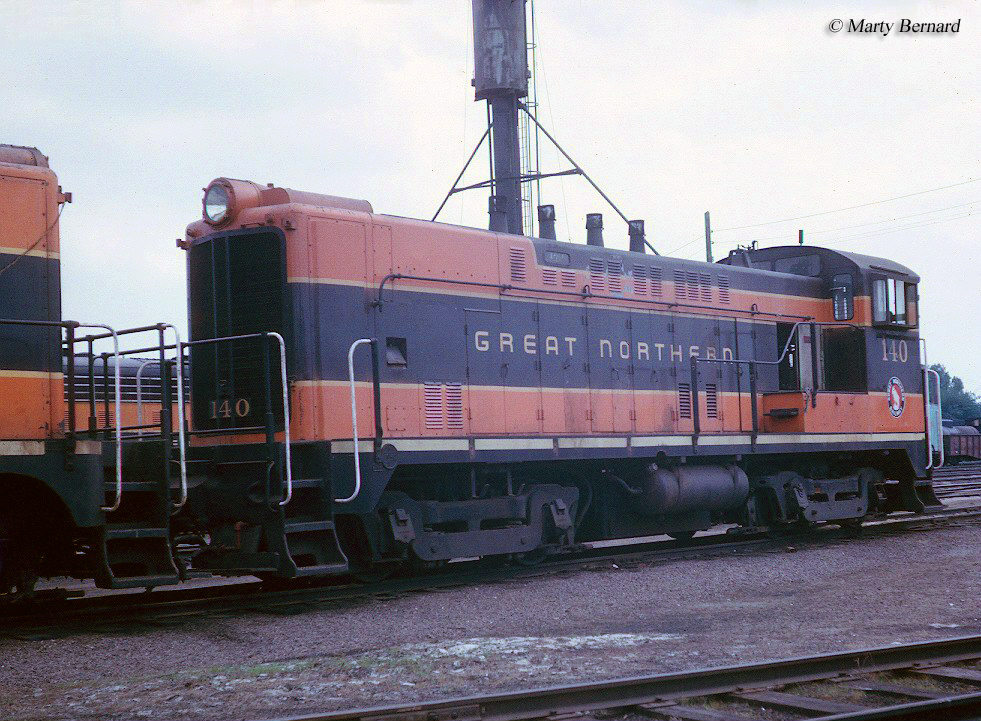 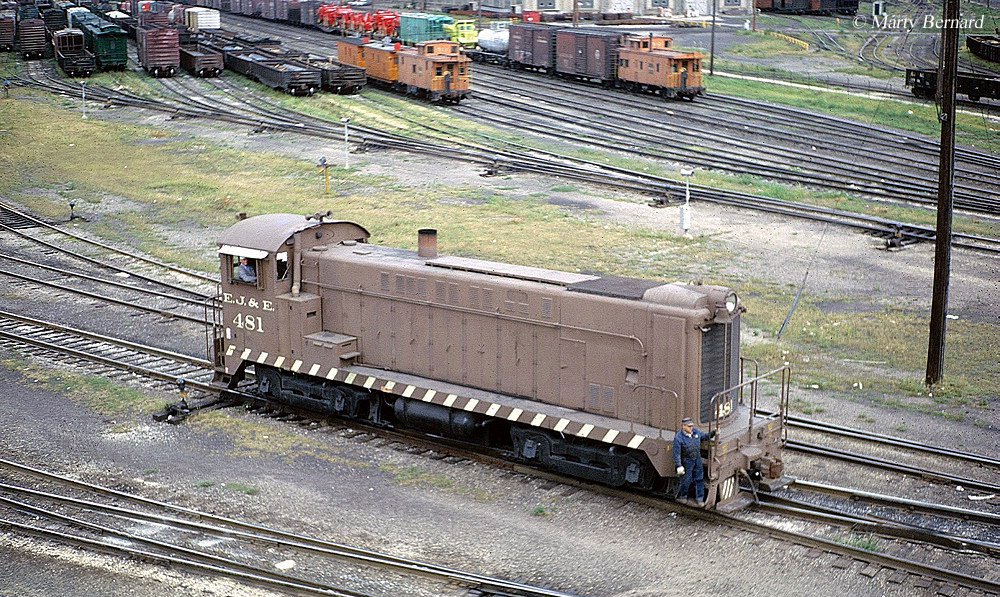 The GN completely salvaged theirs, turning them into transfer cabooses. The most interesting, however, was Santa Fe's retrofitting one its VO-1000s into what became known as the "Beep" (also known as the SWBLW or "SWitcher, Baldwin Locomotive Works."  The company repowered the locomotive with an EMD model 567C prime mover and had to construct a GP7-like hood (only shorter) to house the engine. The locomotive, though, kept its original Baldwin frame although it was given updated Blomberg B trucks. It entered service in December, 1970 and even though Santa Fe determined the idea unsuccessful the "Beep" (or "Baldwin Geep") remained in service until it was donated to the Western America Railroad Museum of Barstow, California.  Finally, for more information about the VO-1000s please refer to the chart above.