The bucolic Rutland Railroad was perennially always in financial straits.  However, through ingenuity and perseverance, thanks to its employees and home state of Vermont, the railroad weathered more than a century of hardships.

Many fondly remember the Rutland as central New England's quintessential railroad serving small towns tucked away in the Green Mountains and passing through covered bridges.  But alas, such bucolic images did not pay the bills.

As Jim Shaughnessy notes in his book, "The Rutland Road: Second Edition," the carrier literally ran from nowhere to nowhere making it difficult to attract lucrative and sustainable freight business.

"The Whippet" was a named, fast-freight service the railroad initiated during the late 1930s to address this issue.  It was heavily promoted during another time of monetary troubles and considering its plight the Whippet did prove a successful venture.  With the dawning of World War II and onslaught of wartime traffic the name quietly disappeared but the service remained. 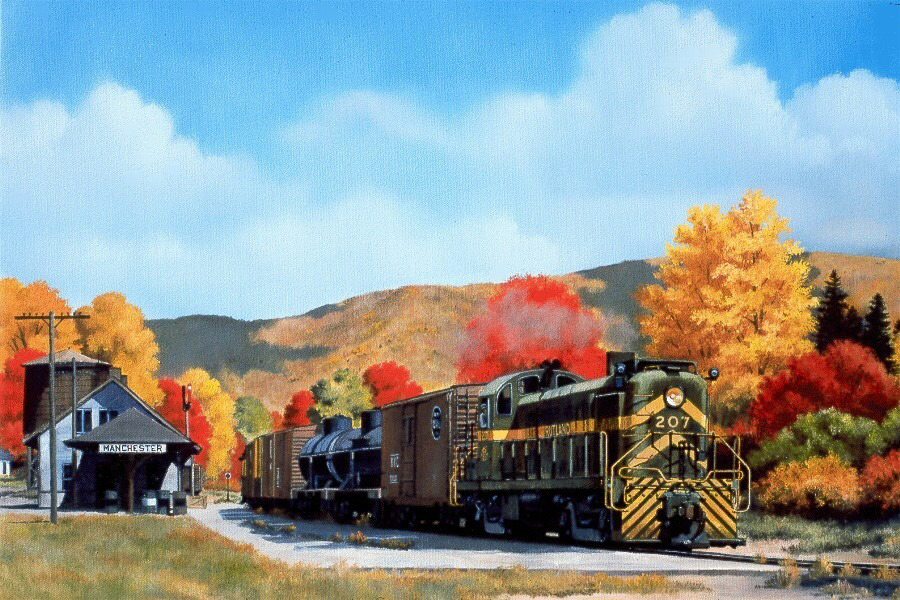 The origins of Rutland's Whippet service can be traced back to events of 1915 and the passing of the Panama Canal Act.  During 1904 the railroad had come under control of the New York Central system.

The passage of the act meant Rutland's busy gateway at Ogdensburg, New York, where freight moved via water to and from Chicago, was lost since it competed with NYC's own rail lines between those points.  This freight constituted a wide variety of tonnage moving east from the Windy City as well as lucrative manufactured goods heading west from New England.

The ruling was a major loss of business, made worse by the fact that the same freight now moved over the NYC.  Things improved a bit during World War and through the "Roarin' 20s" but the stock market crash of 1929 and following depression were very hard on the Rutland.

As the company's situation worsened into the 1930s talk of liquidation and total shutdown was a very real possibility.  In an effort to stave off this unthinkable scenario significant payroll cuts were initiated, first to salary and management positions and later labor/union workers who at first were unwilling to do so (this latter move is truly what saved abandonment).

There was also gestures made by local and state governments to help out: the "Save The Rutland" club was formed as businessmen and local folks who donated money towards the cause.

Additionally, the town of Rutland forgave a $2,500 water bill and also created the Rutland Railroad Cooperating Traffic Association in an effort to find new sources of revenue for the company; finally the railroad's property value was reduced as a means of lowering its cost of back taxes (which at the time amount to over $100,000). 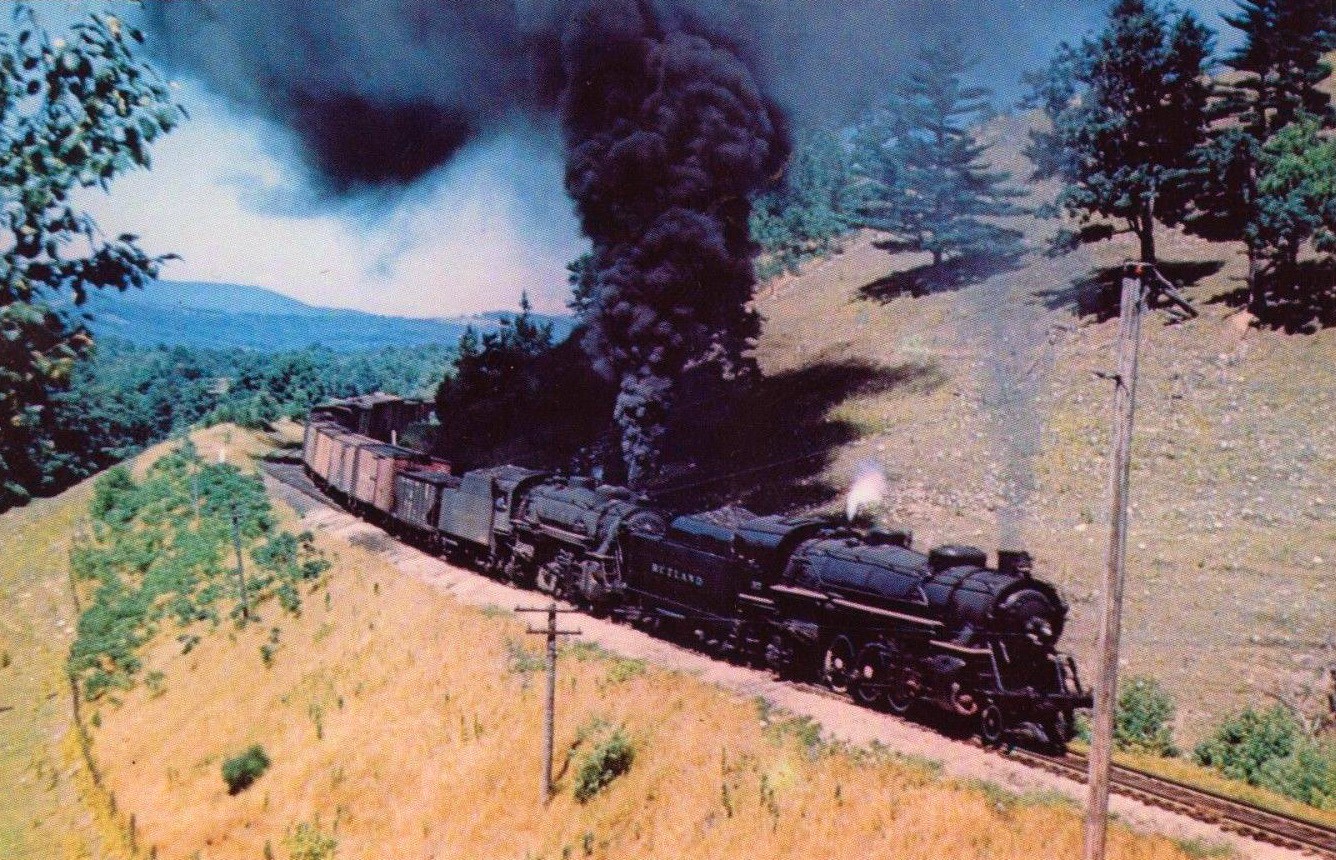 Since the Rutland did not have considerable online freight potential one possible means of increasing tonnage was via bridge traffic.

The company brought in a traffic expert by the name of R.F. Bohman who recommend implementing a fast, timed-freight service between the Boston & Maine connection at Bellows Falls northward to the NYC interchange at Norwood, New York over the Ogdensburg Branch via Rutland.

This routing would allow manufactured and other goods from New England and Boston to move westward towards Chicago and other points in the Midwest without the need of water transport (while also not running afoul of the Panama Canal Act).  There was also the possibility of acquiring a few carloads of LCL (less-than-carload) shipments to Rutland.

The new service was called "The Whippet" and to promote it the railroad overhauled Class G-34d 2-8-0 #28 (a 1913 product of Alco) providing it elegant skirting; shop forces also gave the Consolidation an attractive livery of black and silver with "The Whippet" emblazoned on the tender.

The new service was promoted in print advertising with once piece reading:

Fast freight service between New England and the West - speedy, safe, dependable service at differential rates - is a year-round need for many New England shippers and receivers."

"The 'Whippet' answers that need.  This new fast freight will provide; third noon delivery in Detroit, fourth morning delivery in Chicago and Cincinnati, fourth noon delivery in St. Louis, swift service to other important points as per schedule on last page [provided was an entire list of destinations the service could reach, as far away as Los Angeles and San Francisco, with complete scheduling provided]."

"For the friendly and enthusiastic cooperation of connecting carriers, the public and Rutland employees, who have made the 'Whippet' possible, the management desires to express grateful appreciation.  The Rutland Railroad is engaged in a determined and resourceful 'last stand' fight to save itself from liquidation.  The Rutland must have more over-head traffic." 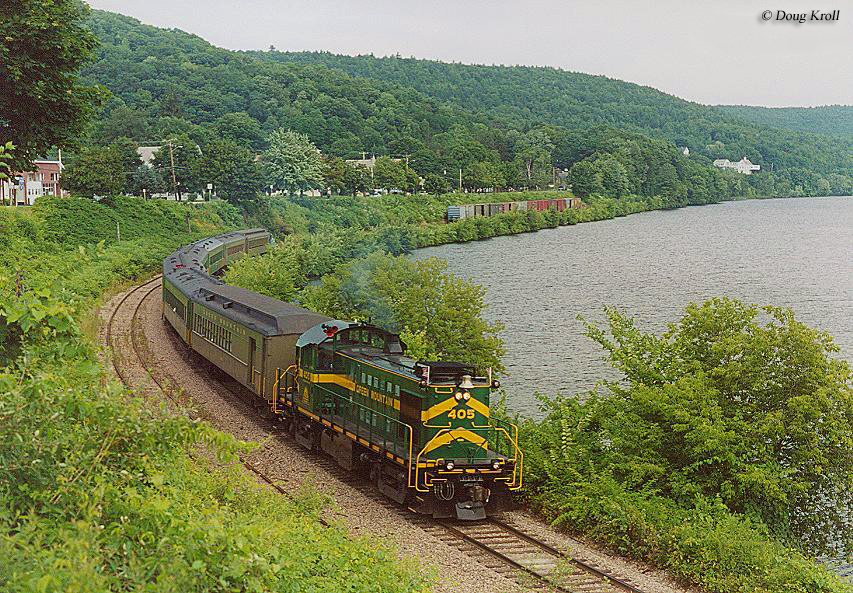 The new freight service was initiated on January 9, 1939 and was actually fairly successful in its intended goals, most importantly of which was increasing freight tonnage.  When the United States entered World War II during late 1941 the Rutland, and most of the rest of the industry, suddenly found itself swamped with traffic demands.

Early during the war the railroad removed the Whippet skirting from #28, donating this steel towards the war effort, and dropped the name but continued offering the fast freight service for many years.