The Whitcomb Locomotive Works started out in the early 1890s, created by George D. Whitcomb under an entirely different name.

The company's claim to fame was first manufacturing mining equipment and then later small, gasoline-powered locomotives for the war effort.

It was here that Whitcomb earned its reputation for producing quality products, which attracted the attention of larger companies in the field.

It was eventually purchased by the Baldwin Locomotive Works at which point it began building the classic small diesel switchers most railfans now remember.

Given their tiny stature most of its models were listed by their weight per ton although every model was given an array of numbers and letters.

Following Baldwin's closing in the early 1950s, Whitcomb disappeared as well despite the fact that its locomotives were always popular. Today, you can still find several examples of its models preserved around the country. 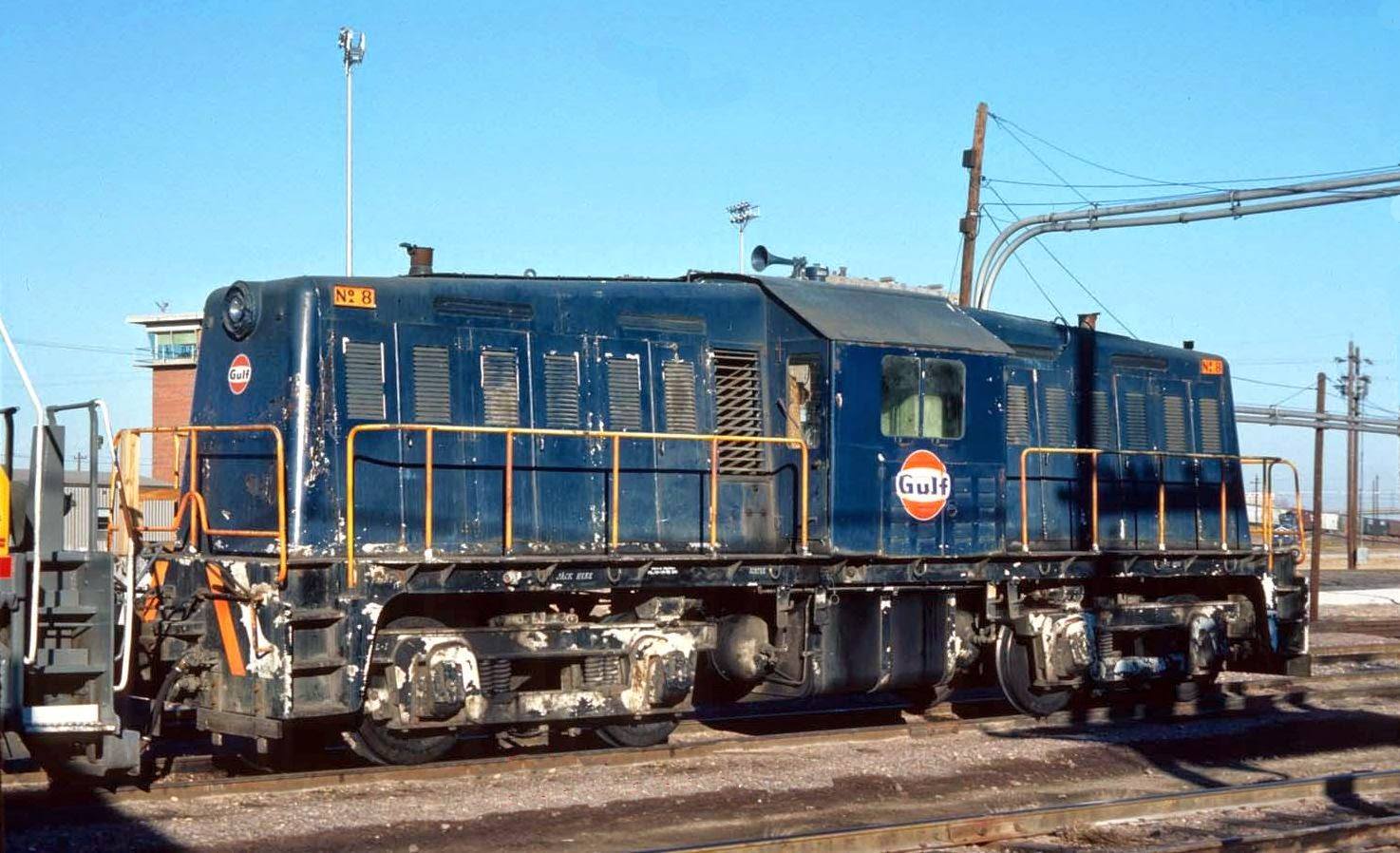 The history of the Whitcomb Locomotive Works began as early as 1878 when George Whitcomb began building mechanized mining equipment in his own home workshop. In the late 19th century the only way for coal mines to move their product from the face to the entrance was via rail carts pulled by mules or small horses.

For years companies realized how inefficient this method was on many levels from keeping them fed to not overworking the animals. Mechanization was certainly the way to go although a practical, small mining locomotive had yet to be developed.

As a self-made inventor Whitcomb realized the market potential and began manufacturing a standard gasoline-engine model himself. The first was tested in a mine located in central Illinois and the locomotives became quite popular, so much so that he founded the George D. Whitcomb Company in 1892 and moved to an independent facility in Chicago.

The demand for these locomotives continued to grow, which forced Whitcomb in 1907 to move to a larger facility in Rochelle, Illinois, located to the west of Chicago.

It also began branching out and building small, diesel-electric units. A final move occurred in 1912 to an even larger plant, also in Rochelle, which would serve as the company's base of operations for the next 40 years. The World War I conflict proved to be another time of growth for Whitcomb.

While virtually all of its orders during this period came directly from the government it produced a reliable and rugged locomotive used for the trench railways of France. Like all of the company's products these trench engines were small, weighing between 6 to 9 tons and operating over a narrow-gauge network. 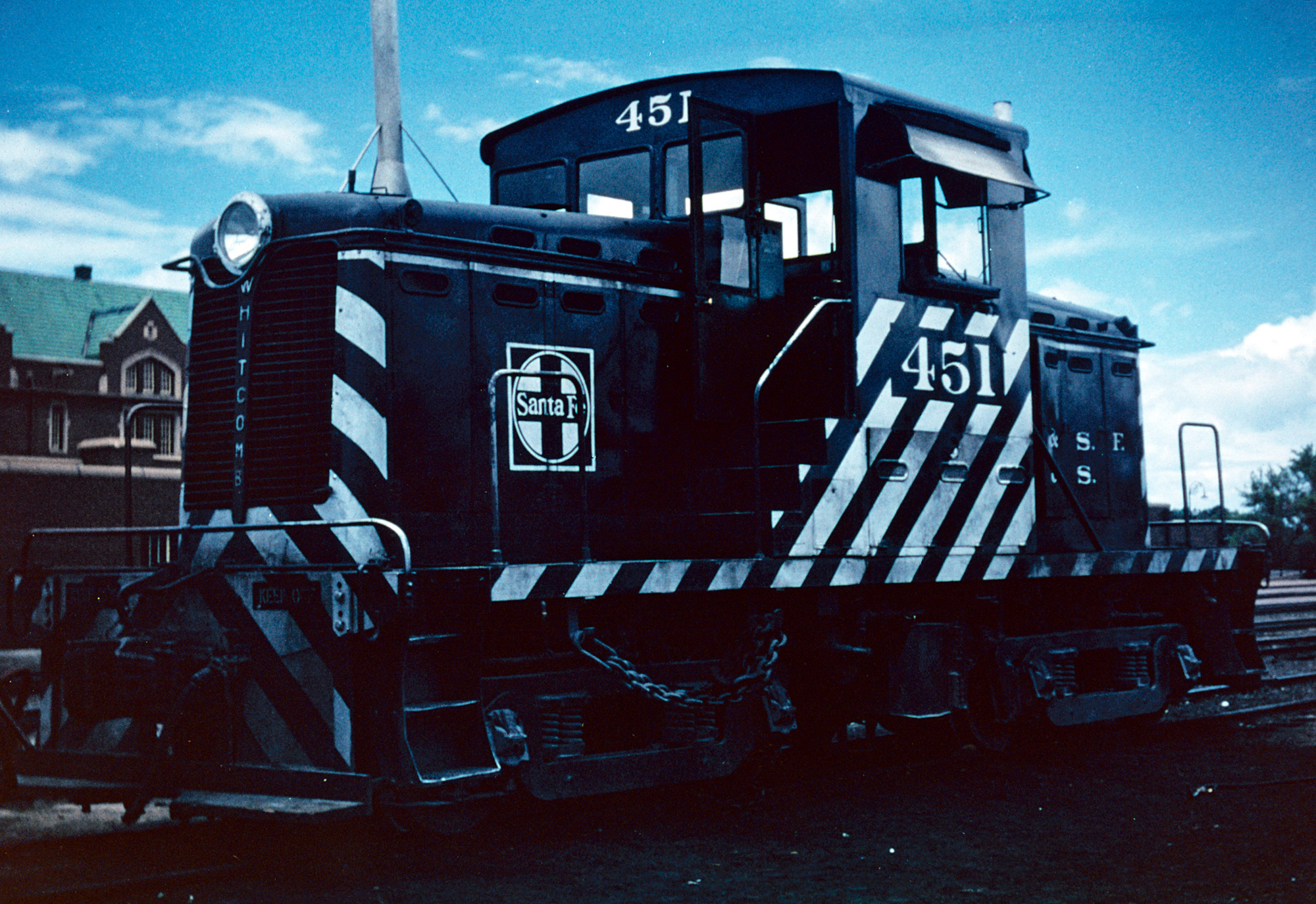 They proved to be invaluable to the war effort moving men and material and Whitcomb's achievements were recognized by the United States War Department, which presented the company with a "Certificate of Merit" award.

The late 1920s also signaled a period in which Whitcomb was becoming more well known and popular in the industrial marketplace; its small models were perfect for such applications, shuffling a few cars through tight clearances and less than ideal track.

Under Baldwin the company hoped to diversify Whitcomb and market it to the broader railroad industry as well.

From at least the 1920s Whitcomb began to provide its design with a modeling system that was somewhat confusing. For instance, in the 1930s the company was manufacturing models like the 20-GM-3, 5-DM-13, and 20-GM-9 (sometimes also listed without dashes).

The designations behind these numbers were as follows; the first two digits referred to the weight, the second two letters listed the engine/drive combination (DM = Diesel Mechanical, DE = Diesel Electric, and GM = Gas Mechanical), and the last two for the design number (if a variant existed it was given subletting such as 25-DM-42A).

So, using the 5-DM-13 as an example the "5" regarded its weight as 5 tons, "DM" listed it as a Diesel Mechanical, and "13" meant it was the thirteenth in the series. Virtually all of the Whitcomb Locomotive Works locomotives built through the 1930s remained small, two-axle designs.

Amazingly, Baldwin essentially sold its subsidiary as its primary manufacturer of diesel locomotives through the late 1930s which caused it to lose significant market share.

By 1940 the builder was again renamed, this time as the Whitcomb Locomotive Company, after it was fully acquired by Baldwin. The decade also saw the builder releasing the largest and most power models it ever constructed such as the center cab 65-DE-14 (and "A" and "B" variants) around World War II.

Interestingly, Whitcomb remained a fairly popular builder of small diesel switchers through the late 1940s that led to further expansion of its Rochelle plant. 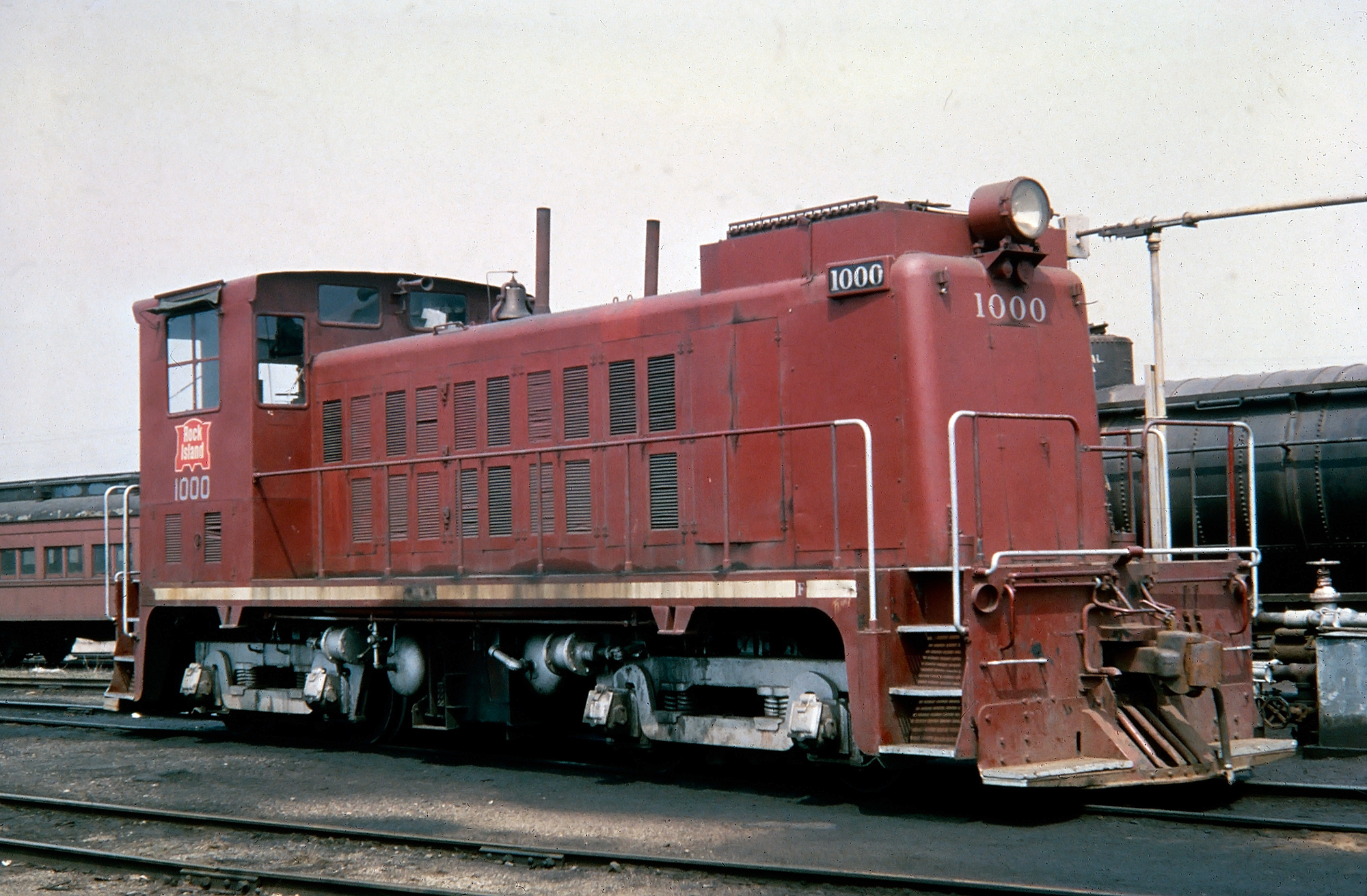 Rock Island 75-tonner #1000, a Whitcomb model 75DE12C switcher, at Waterloo, Iowa, circa 1965. The Rock owned seventeen of these units, #1000-1016, originally built for Canadian National between 1948-1949 (#7803-7820). However, CN was not satisfied with the units and returned them to Whitcomb where they were subsequently acquired by the Rock in 1950. One other former CN unit was sold to the Washington & Old Dominion. American-Rails.com collection.

Under Westinghouse control Baldwin's purchase of Lima-Hamilton was to diversify its interests outside of the locomotive market (LH was well known for its heavy machinery business).

Interestingly, Westinghouse control came just as Baldwin management was more focused and interested in strongly competing against Alco and EMD in the diesel-electric market. However, this was not to be as Westinghouse did not share a similar philosophy. Whitcomb would eventually meet the fate of its parent.

In February, 1952 its Rochelle plant was closed and merged with Baldwin's facility in Eddystone, Pennsylvania. Its final locomotive was built in late March of 1956 with more than 5,000 constructed following roughly 64 years of manufacturing.

Today, several of its small switchers remain in use on tourist railroads and at museums around the country thanks to their low restoration and operating costs.