Other Logging Railroads Of The West

Every state across the West contained at least one logging railroad operation.

However, some were home to many more than others, beginning with Washington which boasted hundreds (many books, some of which have already published, could be written detailing the history of this state's vast logging railroads) along with California, Oregon, and Idaho that also contained their fair share.

At the other end of the spectrum were states such as Wyoming, Nevada, and Utah that were home to only a very few such systems. 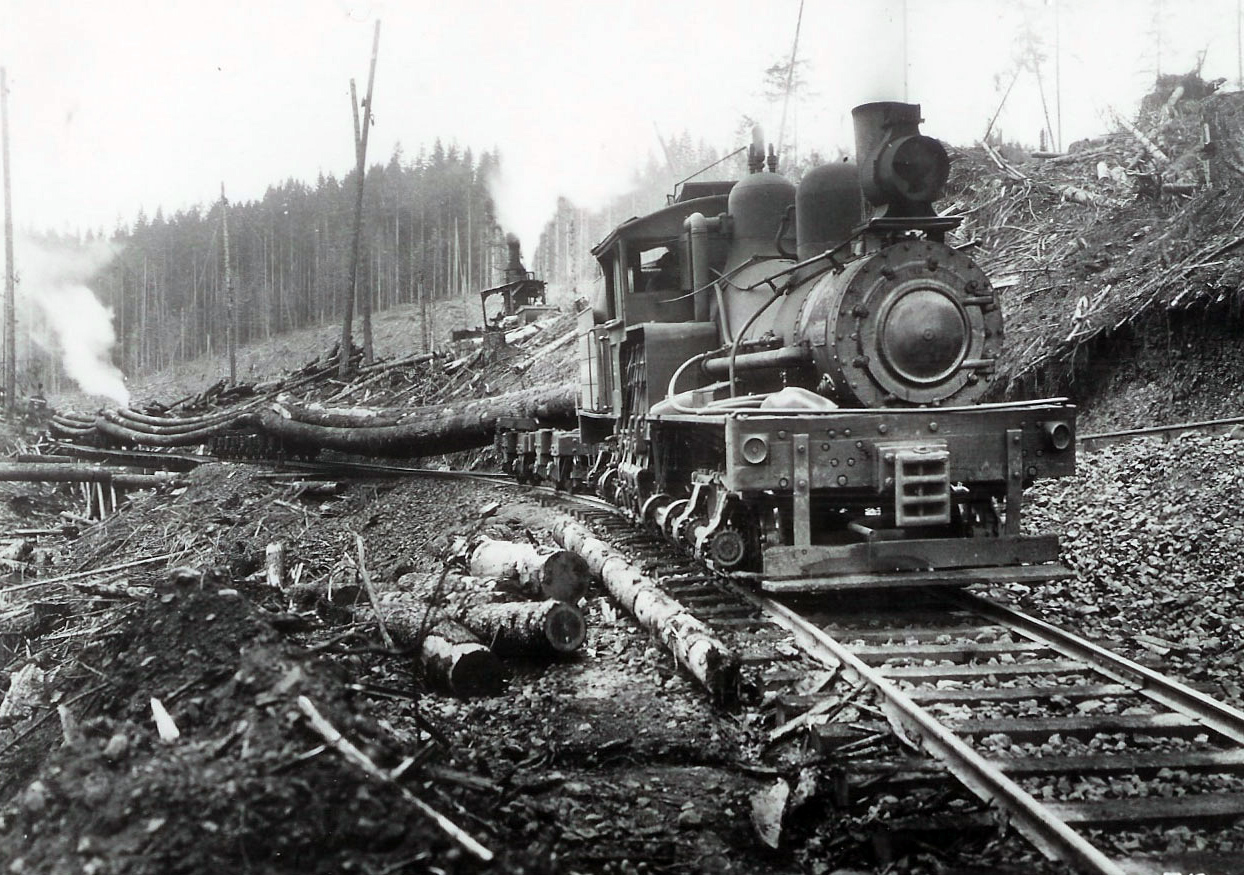 Thanks to Kramer Adams' book, "Logging Railroads Of The West," published in 1961, the history of this region's operations have been largely preserved.

Without his exhaustive work many such systems would be lost to history.  He notes that during peak operations in the western states there were some 7,000 miles of logging lines in service owned by 300 different companies, just prior to the Great Depression in October of 1929.

The typical size of these lines were around 25 miles: Colorado averaged the highest at 45 miles while Oregon and Montana contained the lowest at 18 miles.  In a few instances, very large companies owned substantial networks of more than 150 miles.

Alas, the depression and depletion of timber tracks took a considerable toll on the industry by the 1930s. In addition, the introduction of motorized trucks offered a cheaper alternative to the private railroad.

According to Mr. Adams up to 40% of logging's overhead costs were directly associated with maintaining and operating a railroad.

Just prior to Japan's attack on Pearl Harbor in late 1941 there were 4,000 miles of logging railroads still in service across the West along with 500 steam locomotives in operation.

Alas, this number continued its downward spiral as small operators closed and were sold for scrap.  In the end, it came down to economics as one manager noted, "We just can't afford spur logging anymore." 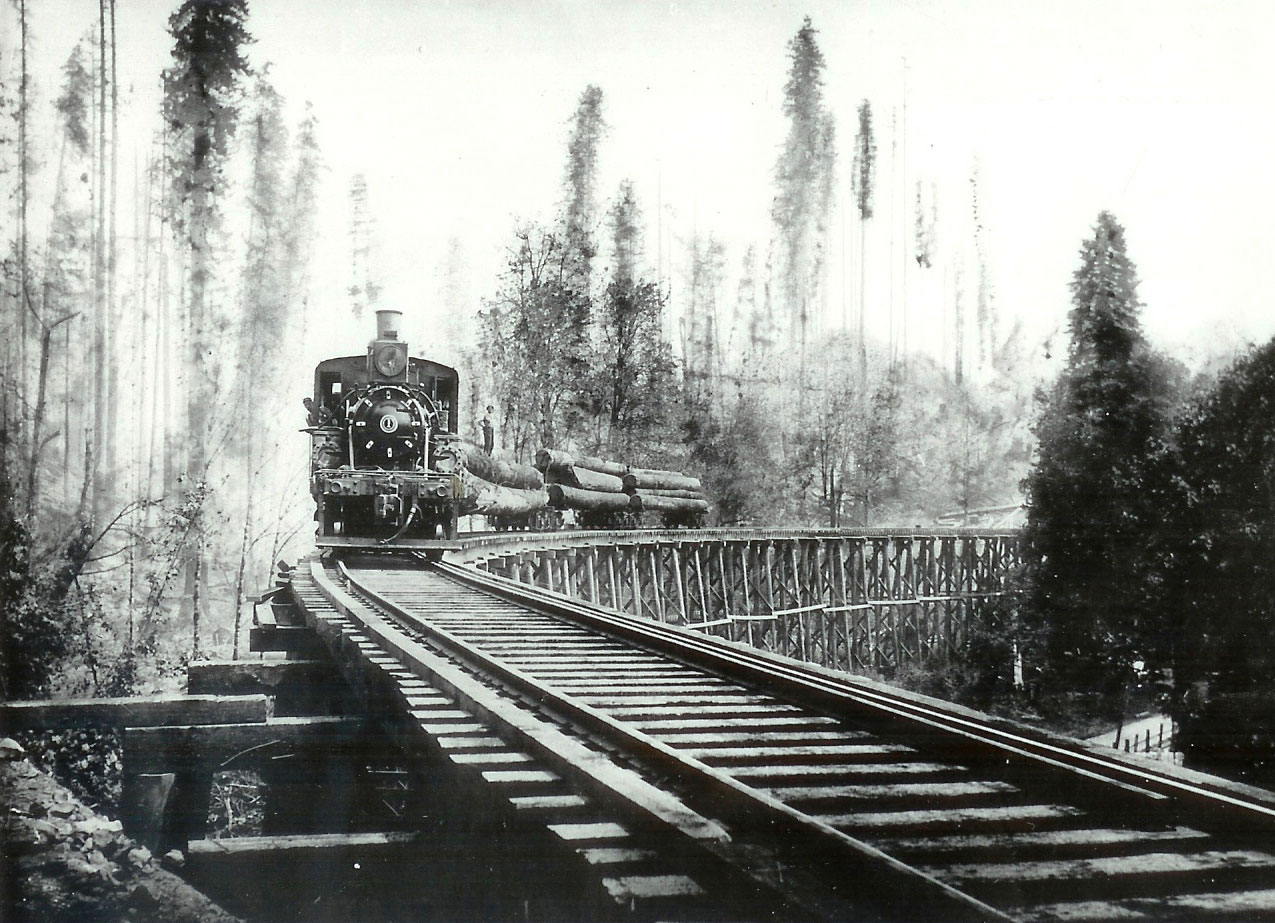 Crystal Bay Railroad:  A division of the Sierra Nevada Wood & Lumber Company this system served a mill at Crystal Bay operating 11 miles of track with 2 standard locomotives.  It remained in service from 1881-1896.

Verdi Lumber Company:  Located at the town of Verdi where a sawmill was located this company owned a substantial private railroad of 66 miles with a fleet of 4 geared locomotives.  It is believed to have started rail service in 1901 and remained in use until 1926. 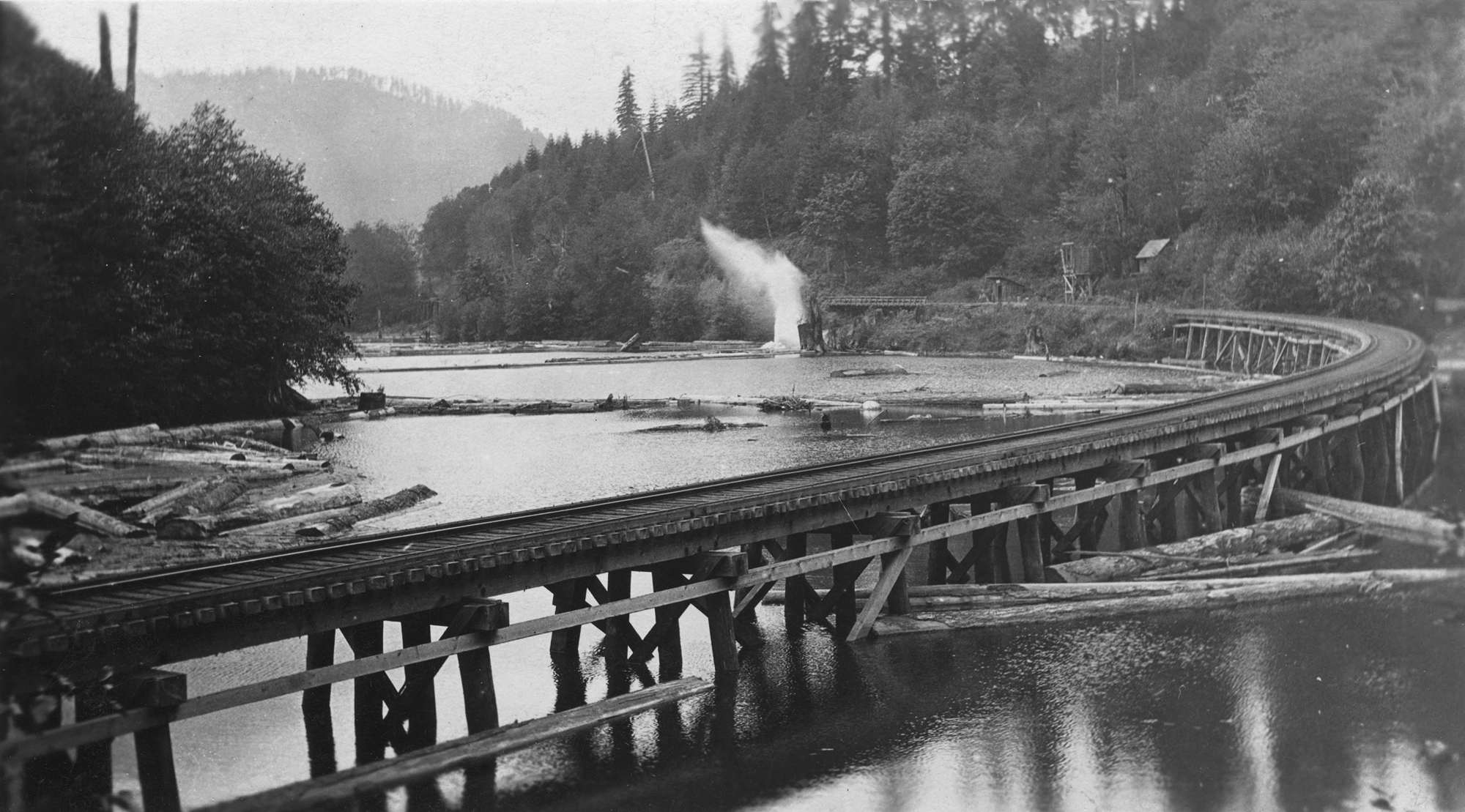 George C. Kidder Lumber Company:  The only known private logging railroad to operate in Utah it served a mill at Park City with 2 miles of track.  Little else is known about its operation aside from the year it began operation, around 1887.

Laramie, Hahn's Park & Pacific Railway:  This is Wyoming's only known logging system that served a mill at Fox Park.  It began operation in 1900 and was later sold to the Laramie, North Park & Western Railroad (a short line company, it survived hauling tourists until 1996).  It remained in use until 1914. 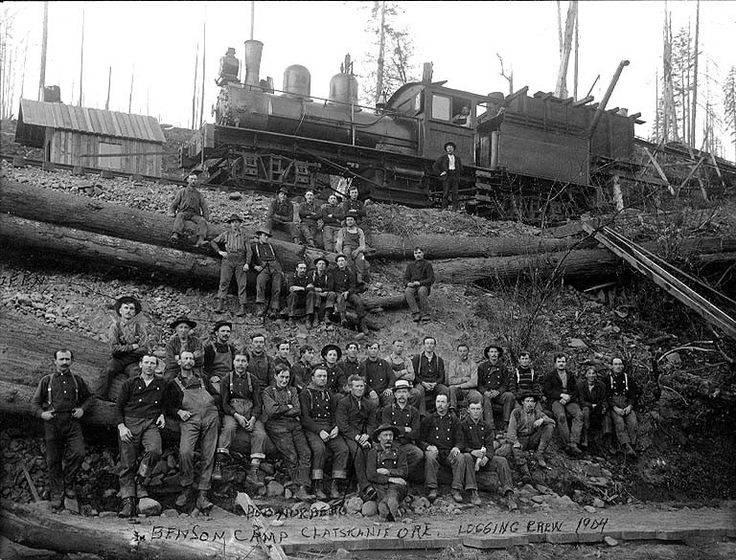 In addition, all of the states covered here had lost their logging railroads by 1947.

By 1960 less than 1,000 miles of western logging lines were still in use, virtually all of which belonged to the largest and most successful operators.

Fewer still were those companies continuing to use steam locomotives as most had converted to small diesel switchers that were cheaper to maintain and operate.

Thankfully, the preservation and railfan community sprang up in much great numbers during the postwar years and worked to preserve a number of remaining steam locomotives while a few sections of former logging operations were saved to host tourist lines.