Wyoming Railroads In "The Equality State"

Perhaps more than anywhere else Wyoming railroads are all about the coal, although that wasn't always the case.

This is Powder River Basin (PRB) country and you can literally watch (if you’re up for the drive) trains follow one another, elephant style, to and from the mines in the region.

Through the mid-2010's, PRB coal became so highly demanded that BNSF Railway and Union Pacific would dispatch a combined 85 trains a day from mines in Wyoming and Montana.

With coal's decline in recent years, however, this number has declined somewhat.

Historically, the state was home to Union Pacific's main line and key maintenance facility in Cheyenne.  In addition, the Chicago, Burlington & Quincy maintained a through route here (now operated by BNSF).

For a state of its size, Wyoming has surprisingly lost almost none of its rail infrastructure, only short abandonments here and there.

So, if you enjoy gorgeous scenery, trains battling Mother Nature and lots of coal then Wyoming railroads offer it all! 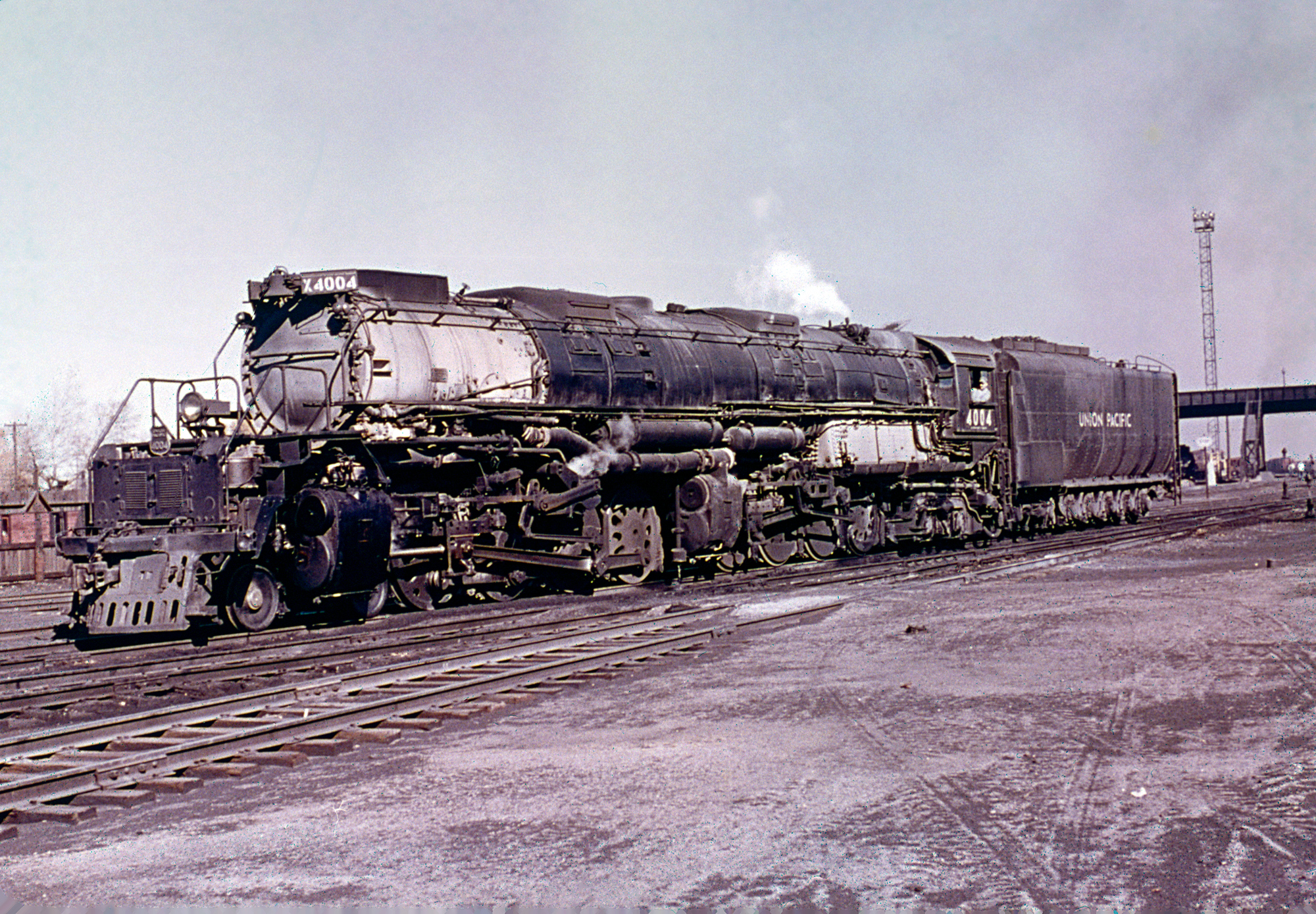 Wyoming railroads date back to the Union Pacific when the railroad reached the state’s eastern fringes in 1862 en route to its eventual meeting with the Central Pacific Railroad in May of 1869 at Promontory Point, Utah to complete the famed Transcontinental Railroad.

Interestingly, the state of Wyoming became an important state to Union Pacific as Cheyenne was a major hub where its two eastern main lines converged (and still do).

Additionally, its main line to the Pacific Northwest (Idaho, Oregon, and Washington), much of which was controlled by its former subsidiary the Oregon Short Line, diverged from its main route to Los Angeles in western Wyoming.

While the Chicago, Burlington & Quincy and Chicago & North Western would also have a presence in Wyoming the Equality State was almost entirely, and always has been the realm of Union Pacific. 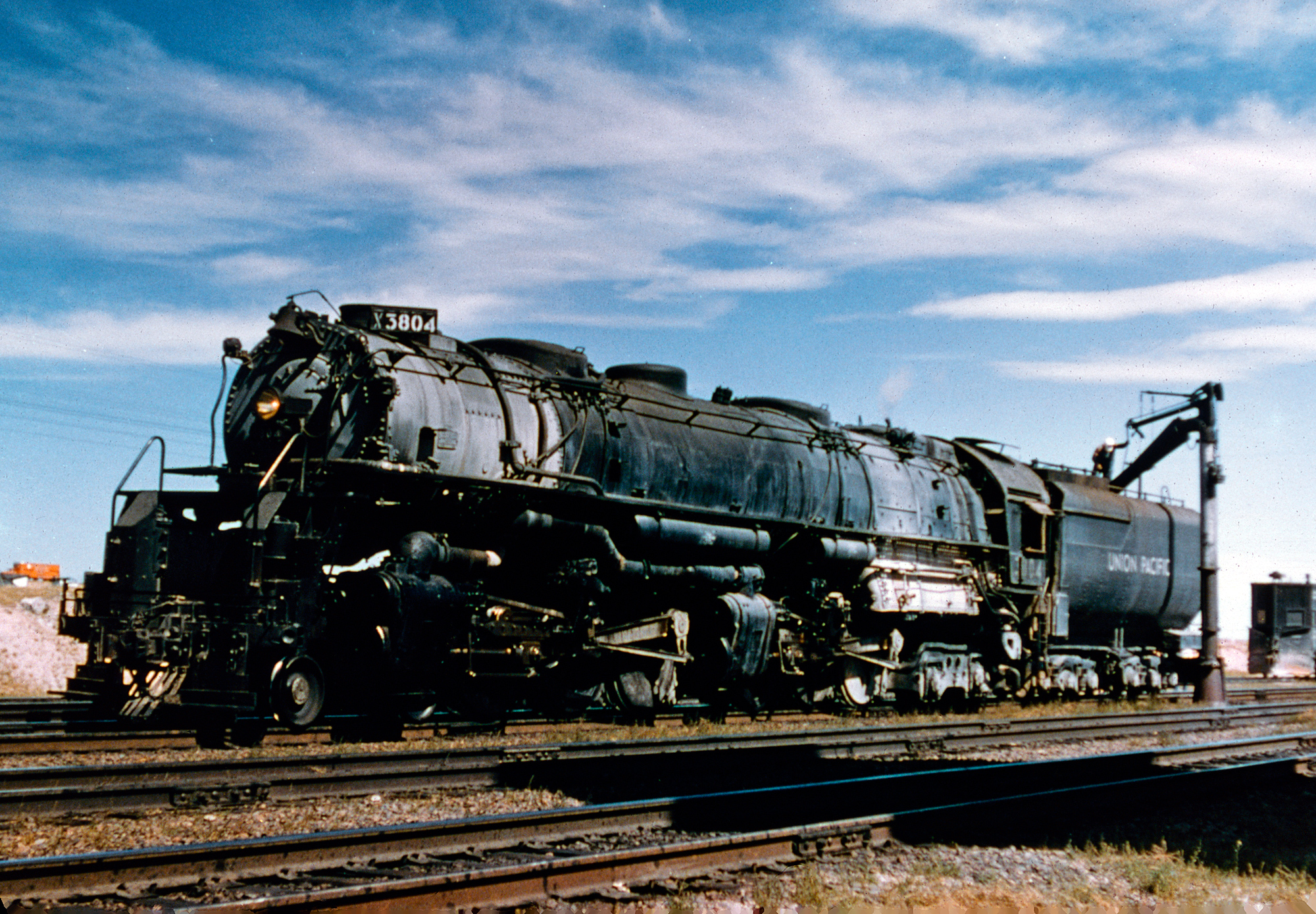 The state of Wyoming's rail network has only slightly declined since the 1920's.  The decline has only been 50 miles and actually peaked in 1995 at 2,065.

As a result, there are few abandoned railroads here.  The most notable is the original routing of Union Pacific during its building of the Transcontinental Railroad during the 1860's.

Since that time the railroad has greatly improved its main line between Cheyenne and Evanston and bypassed more circuitous and steep sections.

The other notable line was the Chicago & North Western's former "Cowboy Line" to Lander, Wyoming.  Most of this long branch, which pushed west from Omaha, Nebraska was intended by the C&NW to reach the west coast.

Unfortunately, the railroad ran out of money before it was able to complete this route.  It remained a long, agricultural branch until its final abandonment in the early 1990's.

Of course, both companies control the lucrative PRB coal, which now is a four-track main line shared by the two western giants.

Former regional Dakota, Minnesota & Eastern long attempted to push its way into the PRB region but when it was acquired by Canadian Pacific in 2008 the Class I showed no interest in this project. 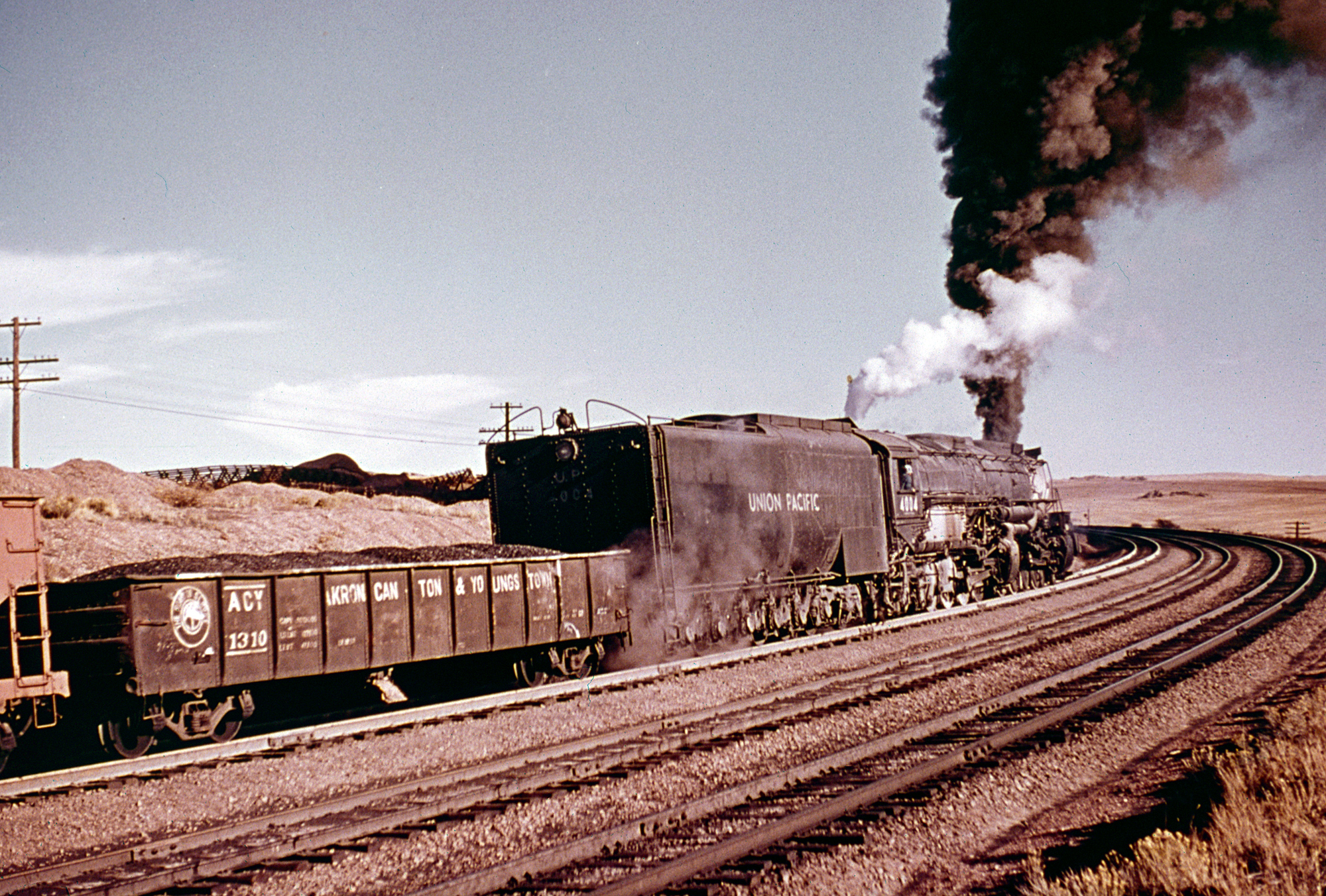 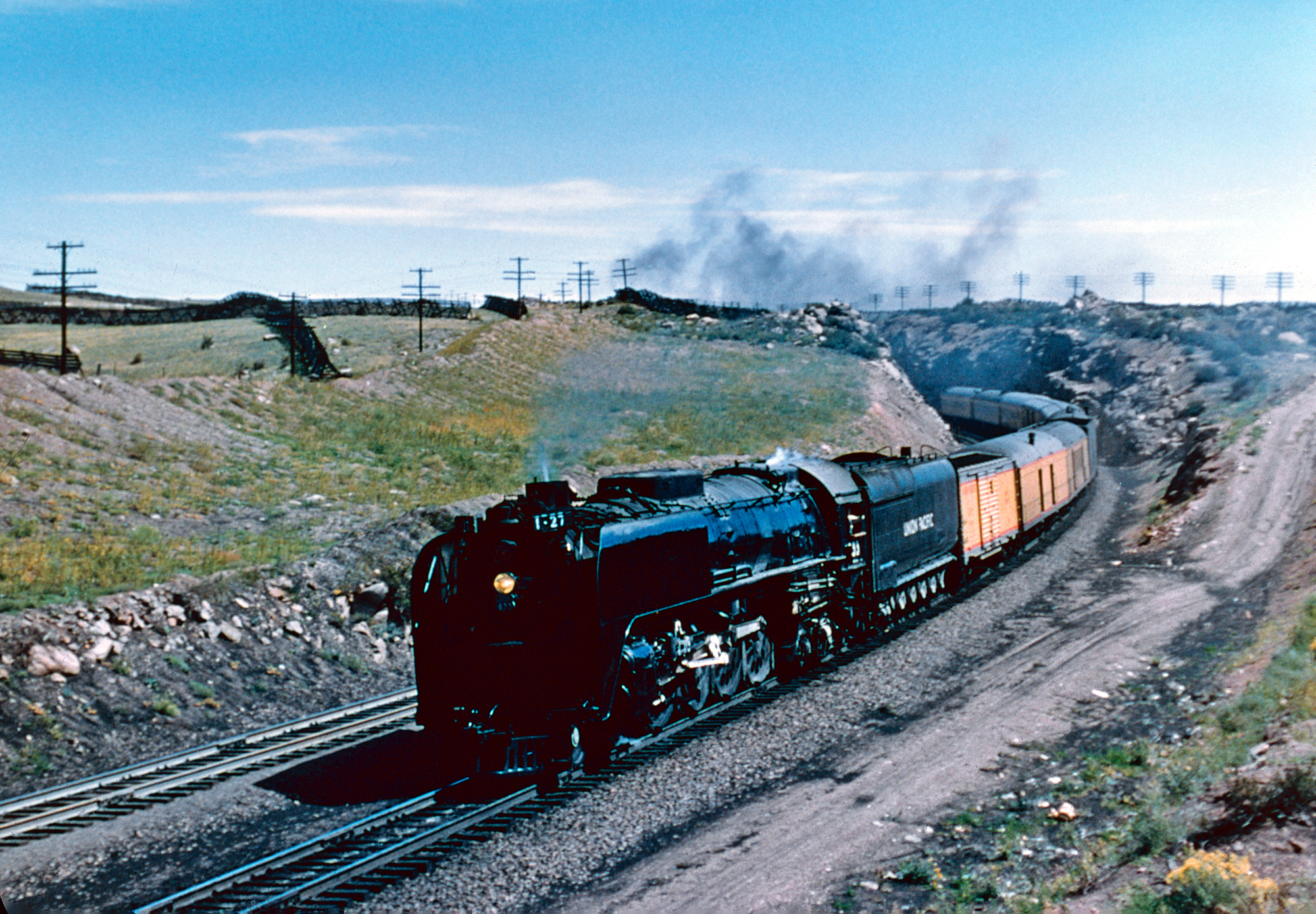 Today's Wyoming railroads operate over 1,850 route miles, which interestingly has not significantly changed over the years due to the surging demand for the clean-burning PRB coal.

During the late 1990s the state actually saw its peak mileage at over 2,050 miles and still retains much of this infrastructure. For more information on Wyoming railroads, in terms of route mileage over the years please refer to the chart below. 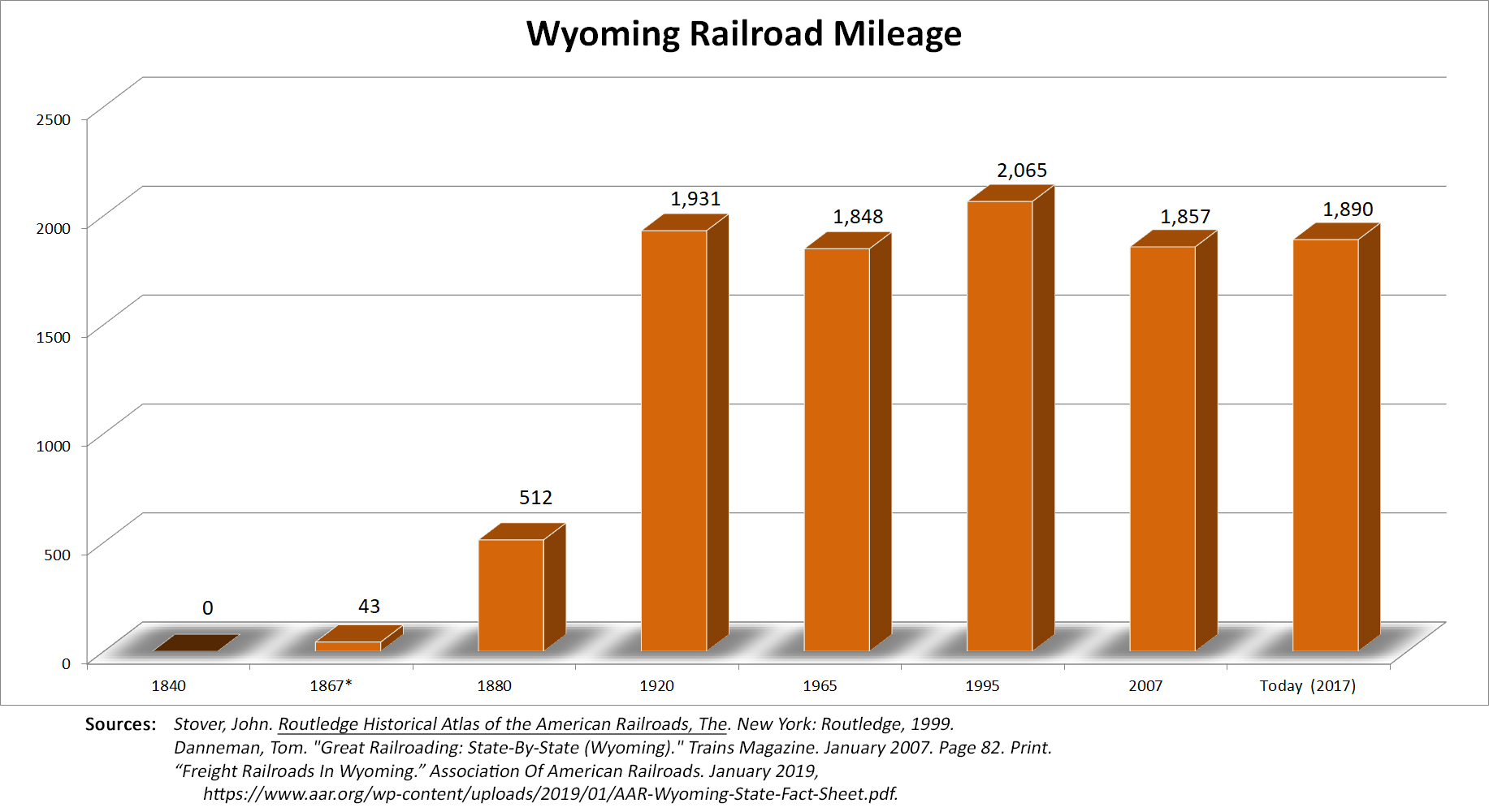 * Wyoming's first railroad was the Union Pacific as it built west to meet the Central Pacific in establishing the nation's first transcontinental railroad.  In his book, "The Men Who Built The Transcontinental Railroad 1863-1869," author Stephen Ambrose provided an excerpt from the Chicago Tribune's November 16, 1867 edition in which the lead article noted:

"Dated Cheyenne 11/14/67; Yesterday, at 5 o'clock in the afternoon, track-laying crews on the UP was completed to the city of Cheyenne, and in a few moments the whistle of the locomotive was heard above the noise of the hammers and the rattle of wagons all over the bustling city."

It marked the initial 43 miles of railroad serving what was then Wyoming Territory (Wyoming after July 10, 1890).

Union Pacific would, of course, go on to meet Central Pacific at Promontory Summit, Utah on May 10, 1869.

Historically, Wyoming lay right in the heart of Union Pacific's classic streamliner fleet, the City trains such as the Portland, Los Angeles, and San Francisco.

With Amtrak not retaining even one of UP's revered City trains the national carrier currently provides no service to the state of Wyoming. However, to learn more about these classic UP streamliners please click here. 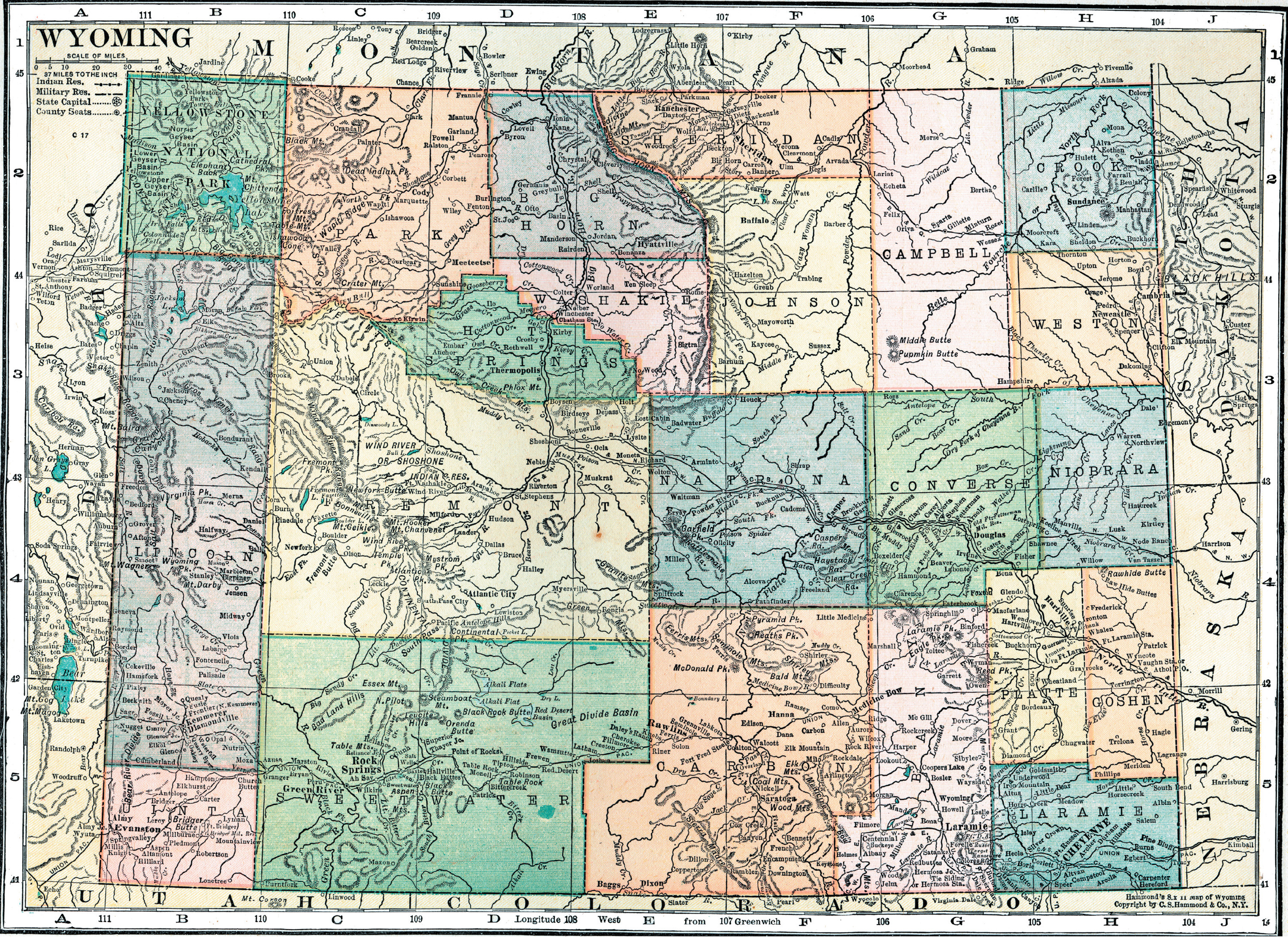 If you’re interested in railroad museums and tourist railroads, while Wyoming railroads do not feature much there are a few things to see.

First is the Douglas Railroad Interpretive Center, maintained by the Douglas Area Chamber of Commerce in Douglas, Wyoming.

The chamber includes a small collection of equipment, such as a Burlington 4-8-4 steam locomotive, which is housed at the restored Fremont, Elkhorn & Missouri Valley Railroad depot. 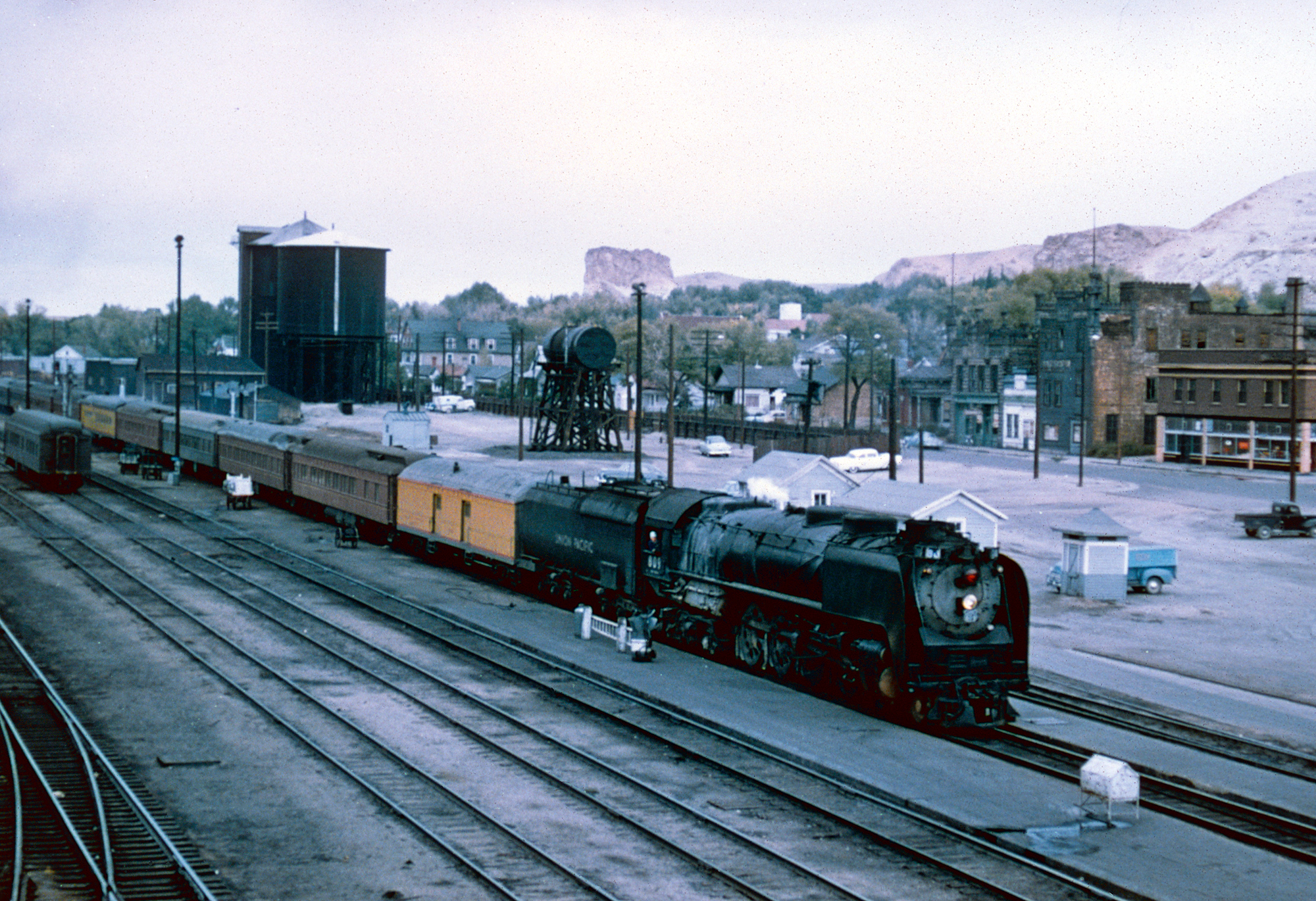 In all whether you enjoy Mother Nature’s beauty, main line railroading, or large steam locomotives that put on quite a show, Wyoming railroads offer it all.

And remember, if you tire of the railroading just head up to Yellowstone National Park to see some of the most spectacular natural wonders in the country. It alone is well worth the drive to see, railroads or no railroads!