The Yellowstone Type steam locomotive design, of the 2-8-8-4 wheel arrangement and an articulated design featured many of the peak technological advances of the motive power and being developed in the late 1920s had an extremely short lifespan, as some Yellowstones were barely 10 years of age before being retired!

The 2-8-8-4's late development also meant that few, in comparison to other types, were ever built. In total 72 of these massive machines were manufactured for four different railroads: the Baltimore & Ohio; Duluth, Missabe & Iron Range Railway; Northern Pacific; and Southern Pacific.

The B&O would go on to own the most purchasing 30 of the locomotives in what would become their famous EM-1 class.

The railroad would have rather purchased diesels at the time but the big steamers proved adept in their assignment of moving heavy loads over stiff grades like Sand Patch.  Today, just three of these magnificent locomotives are preserved. 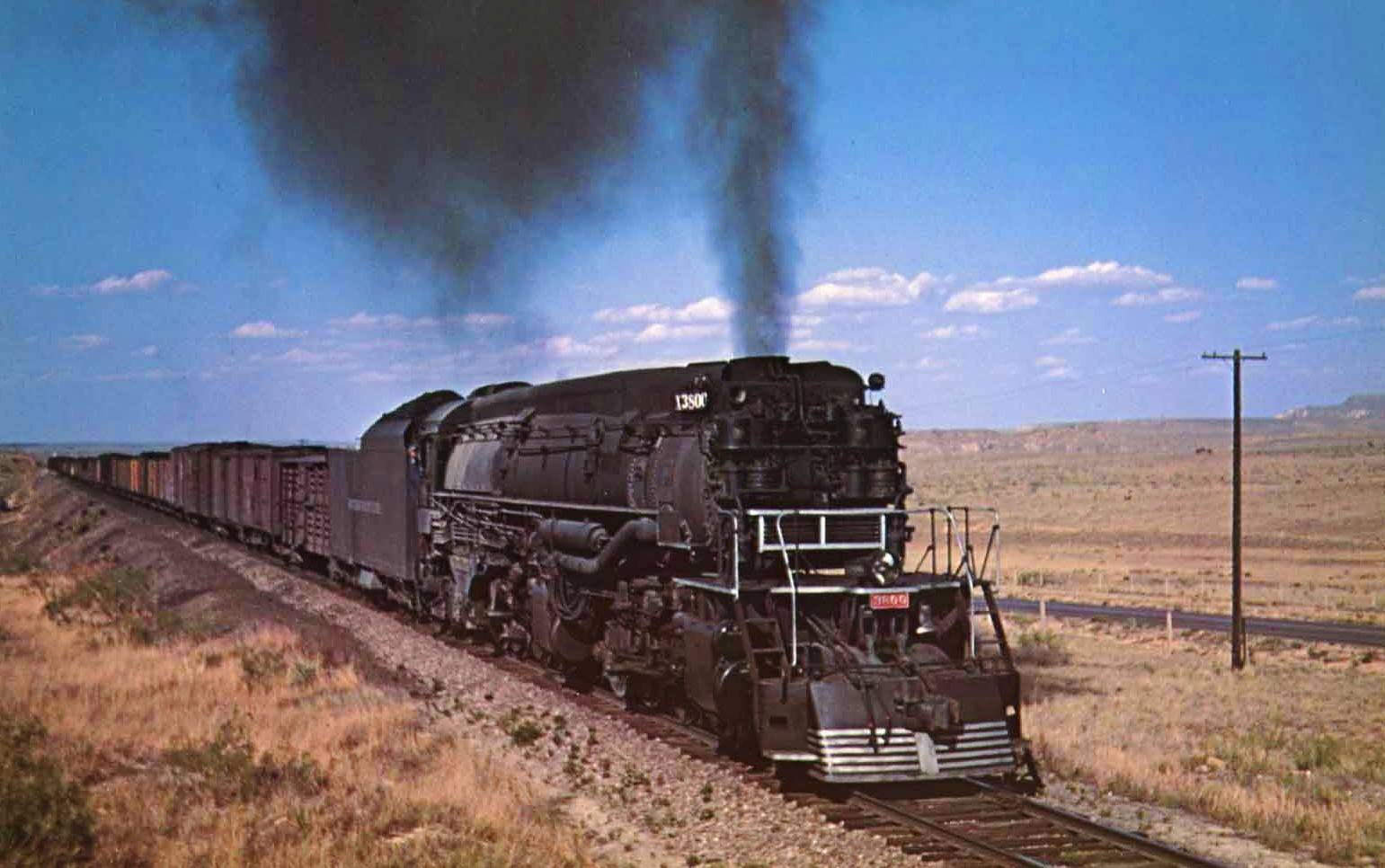 The Yellowstone Type was also one of the longest steam locomotives ever built and could produce well over 6,000 hp in some classes.

While aesthetics usually matter little in over-the-road freight steamers, it is said that the B&O’s EM-1 class was perhaps the most beautiful Yellowstone with a somewhat streamlined tender and centered headlight.

The Yellowstone originally came about in 1928 when the Northern Pacific went looking for a steam locomotive capable of very high horsepower that could burn relatively low-grade coal found along its mainline (known as “Rosebud” coal). 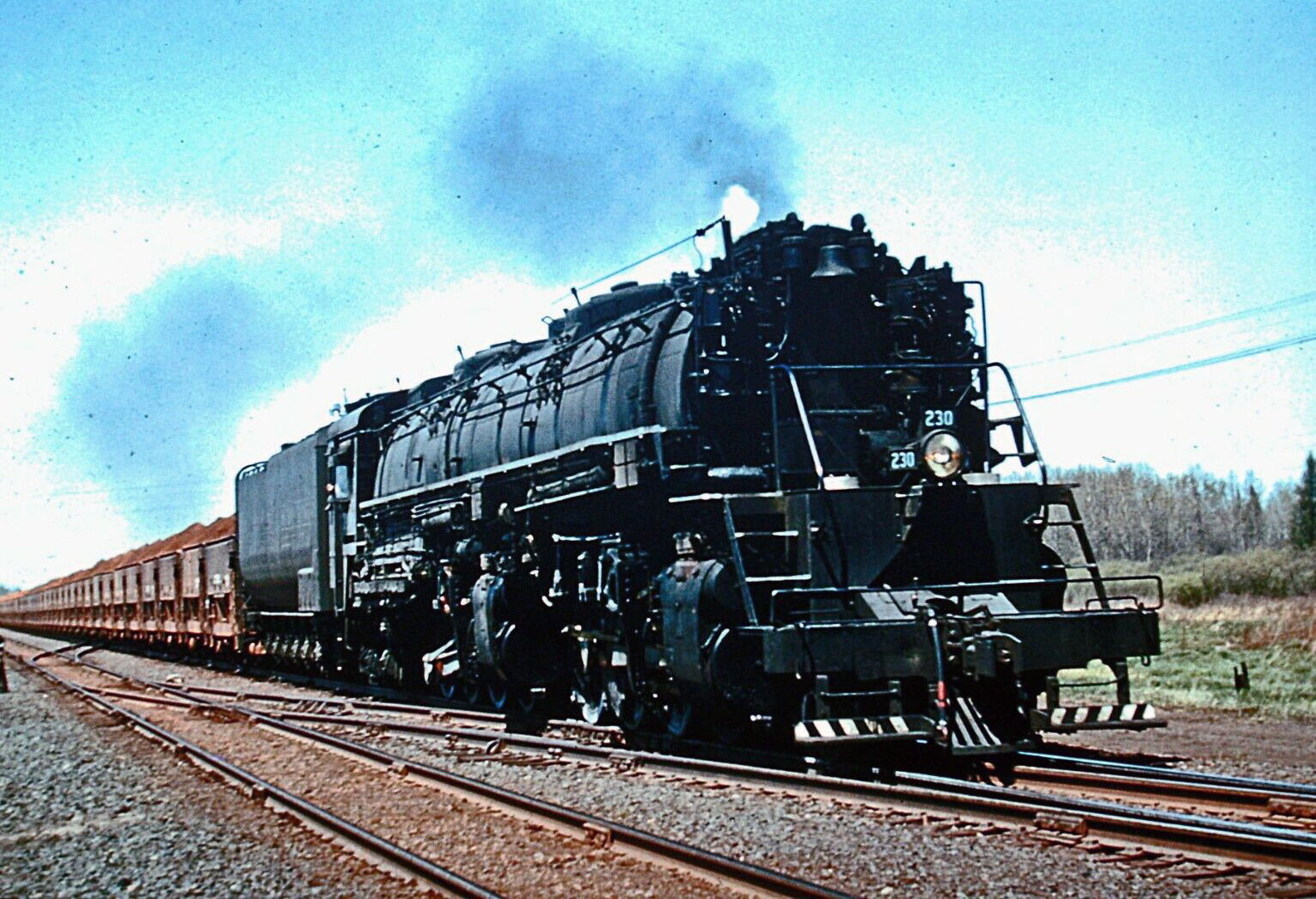 Built by the American Locomotive Company, Alco, and designated Class Z-5 by NP, it produced less than desirable results at only around 5,000 hp due to its extremely large firebox.

After rectifying the problem by blocking off the first few feet of the firebox and the NP went on to order eleven more Yellowstones, which were built by Baldwin. As with the NP’s 2-8-8-4s, those ordered by Southern Pacific Railroad; Duluth, Missabe & Iron Range; and the Baltimore & Ohio were used in heavy-haul, heavy drag service.

The Southern Pacific employed theirs, classified as AC-9s and built by Lima, in the railroad’s southern regions where grades could be stiff but not brutal like in the Sierras (of note Espee’s famous Cab Forwards were essentially a backward facing Yellowstone and were used exclusively in the Sierras where the many tunnels and snow sheds could cause asphyxiation to train crews). 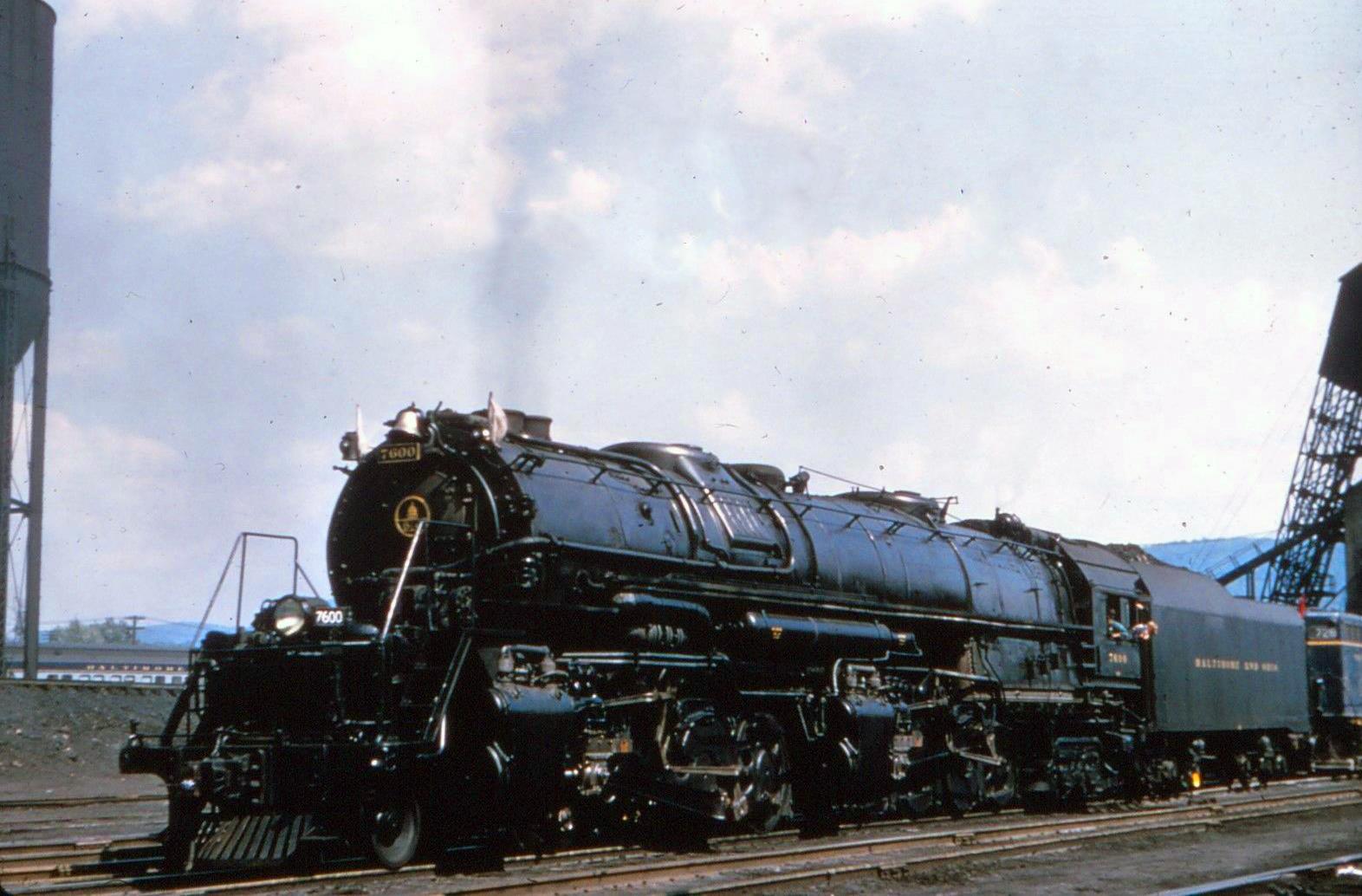 The DM&IR’s Yellowstones, classified as M-3s and M-4s and built by Baldwin (there was no difference in the two classes save for they were ordered at different times), were used primarily for the railroad’s heavy ore services that it was so well known for.

The latest built, Class M-4, were delivered in 1941 but survived barely twenty years before the final one was parked in 1961. Lastly, the B&O’s EM-1 Class was lucky to have been built at all. Thirty of these locomotives would be built and were delivered to the B&O (from Baldwin) at the end of World War II between 1944 and 1945.

One interesting note is that the B&O actually wanted and would have preferred newer diesel technology for this latest locomotive order and not steamers.

However, because the country was in the middle of WWII diesel-electric construction had been halted to focus on the war effort and was not available for purchase.

Likewise, the B&O (as did almost all of the railroads during this time) needed locomotives and lots of them to keep up with the blizzard of demand during wartime and so they settled on the next best thing, a well designed steam locomotive. 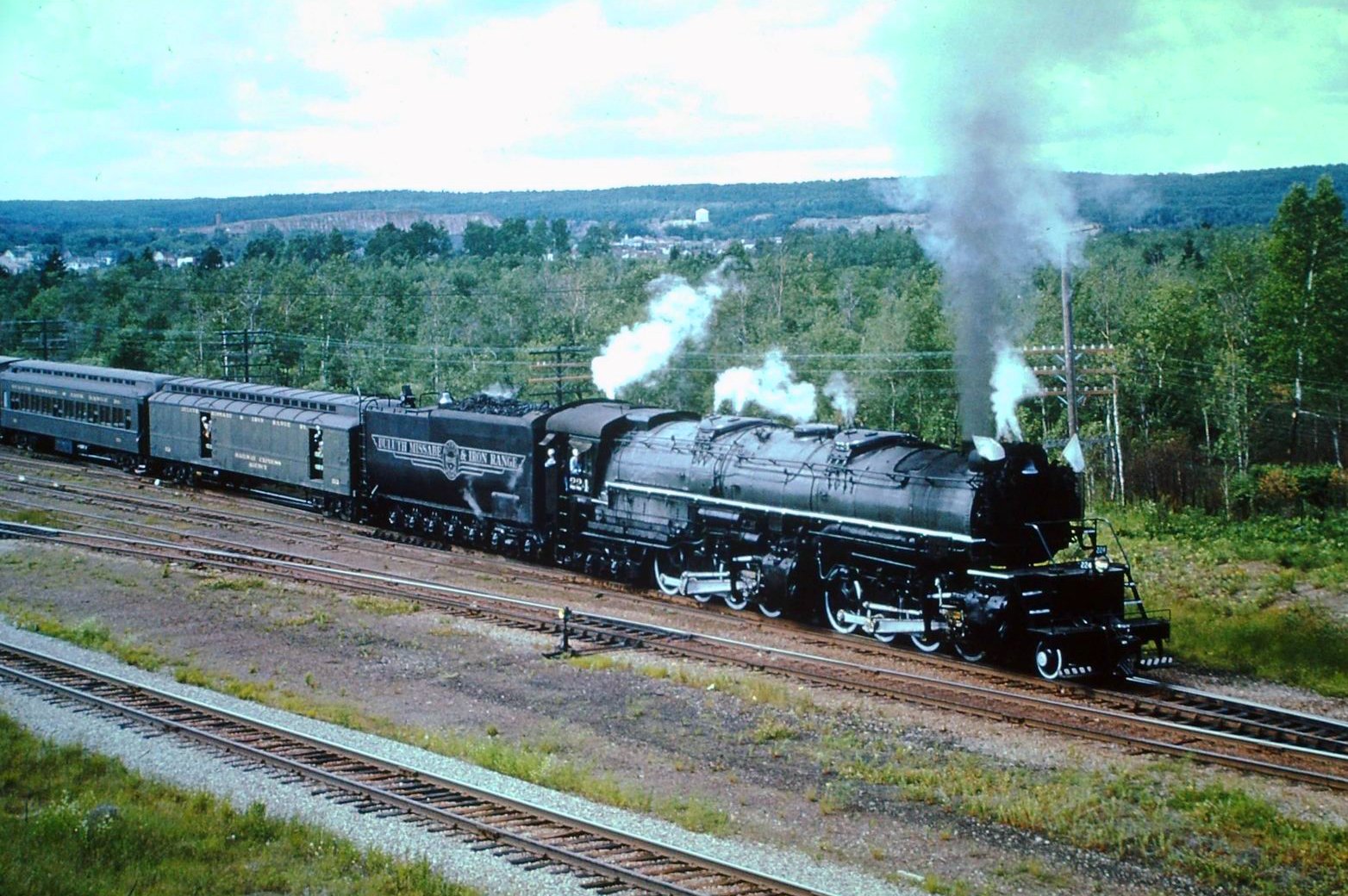 Nearing retirement, Duluth, Missabe & Iron Range 2-8-8-4 #224 (Class M-3) leads an excursion along the southern end of the railroad in Minnesota on July 2, 1961. Three examples of these big machines survive today, on display in Two Harbors, Duluth, and Proctor. 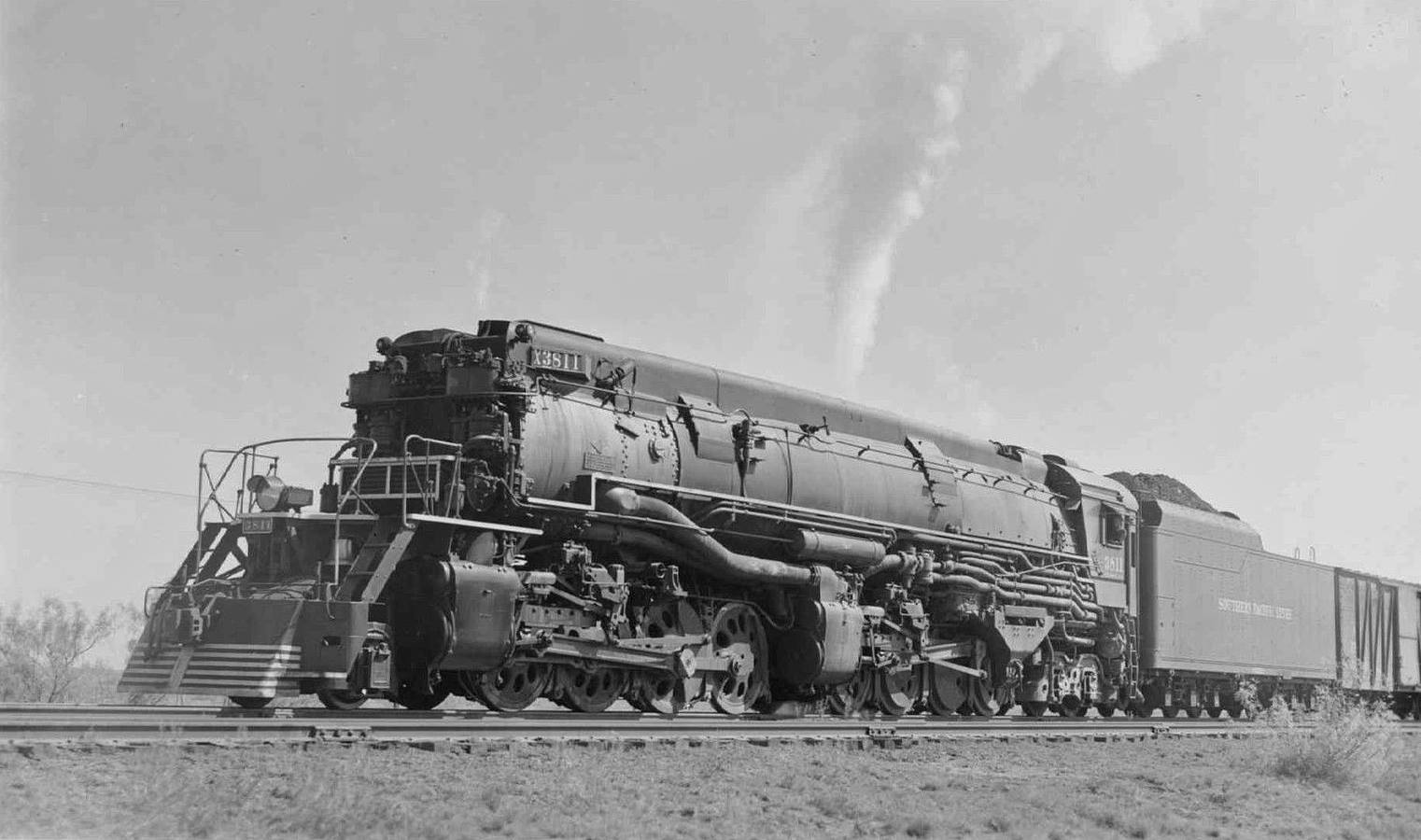 Southern Pacific 2-8-8-4 #3811 (AC-9), a 1939 product of Lima. Originally coal-burners (converted to oil in 1950), they were capable of reaching speeds up to 75 mph. The big Yellowstones spent their early careers hustling freights through the Southwest and later worked the Modoc Line in Northern California. Photographer unknown.

And well built the locomotive was. It had a rather low boiler pressure comparative to other models in its class but this low pressure had a great benefit, a high factor of adhesion (4.22).

This high ratio allowed the locomotive to start rather efficiently in that it was not as susceptible to wheel slippage as other designs. For instance, this added incentive was an extra benefit in the type of service the B&O originally designated the EM-1, the torturous grades of the railroad’s West End (its Cumberland Division), through the Appalachians.

The locomotive did a marvelous job at this, having little trouble hauling merchandise or coal drags over the steep climbs of Cranberry Grade, along the West Virginia/Maryland border, or over Sand Patch in Pennsylvania. 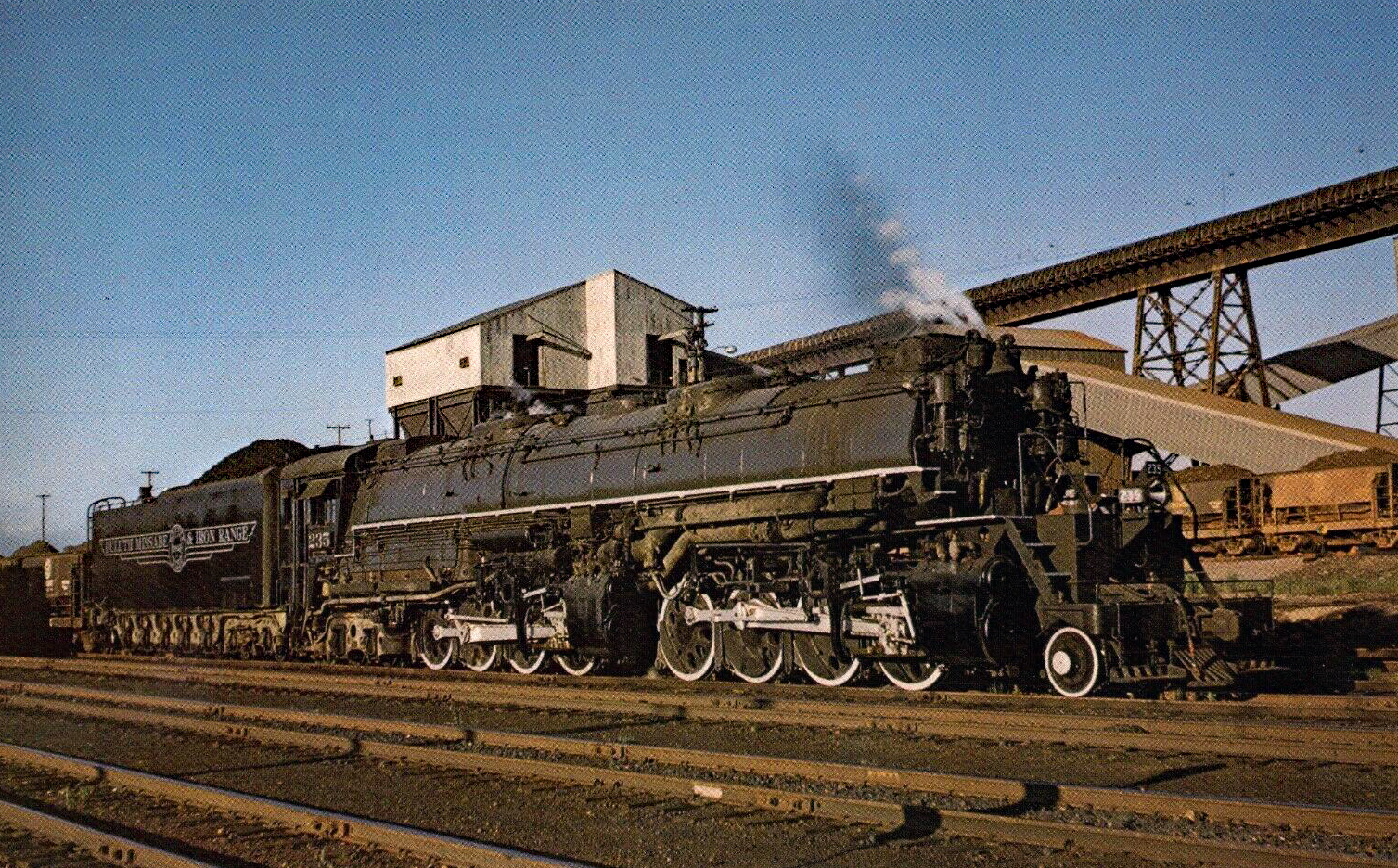 Duluth, Missabe & Iron Range 2-8-8-4 #235 (M-4), manufactured by Baldwin in 1941, is resplendent in the setting sun of June 11, 1959. The big Yellowstone is about to depart Virginia, Minnesota with a heavy ore train bound for the ore docks along Lake Superior. Stan Kistler photo.

As you can see, all Yellowstones were built for essentially one reason, to move heavy traffic over steep grades as efficiently as possible.

And, even though the steamers would become the most technologically advanced ever developed they still could not reach the efficiencies of new diesel-electric technology and all were retired by 1960.

In any event, they did their duty quite well, so well in fact that the Denver & Rio Grande Western Railroad, upon borrowing a few from the DM&IR considered them the very best steam locomotives the railroad had ever operated! While not every class survives today a few have been preserved, including at least three of the DM&IR’s Yellowstones; 225, 227, and 229.