The Challenger Type, an articulated design (meaning that either one, or both sets of driving wheels pivots to better and more safely negotiate curves), was one of the most successful large steam locomotive designs ever developed.

Originally conceived for use by the Union Pacific in an attempt to create a more powerful steamer that could pull loads faster over stiff grades the railroad would also go on to own the most Challengers, eventually rostering 105 of the steamers!

The 4-6-6-4 was one of the most technologically advanced of its kind with advancements that allowed for both high horsepower and efficient operations. Sadly, however, like the Yellowstones, Challengers had an extremely short lifespan.

Upon delivery of the UP’s first Challenger during the mid-1930s all were scrapped in short order, operating less than twenty years on nine different railroads (some were barely ten years of age!).

From 1981 until 2011.one could still witness an example of this arrangement in operation, Union Pacific #3985.  It worked alongside stablemate 4-8-4 #844/4, hosting excursions and business trains along the railroad.

Alas, with 4-8-8-4 "Big Boy" #4014's purchase and restoration the Challenger has once again been retired.  She currently sits stored inside the roundhouse at Cheyenne, Wyoming. 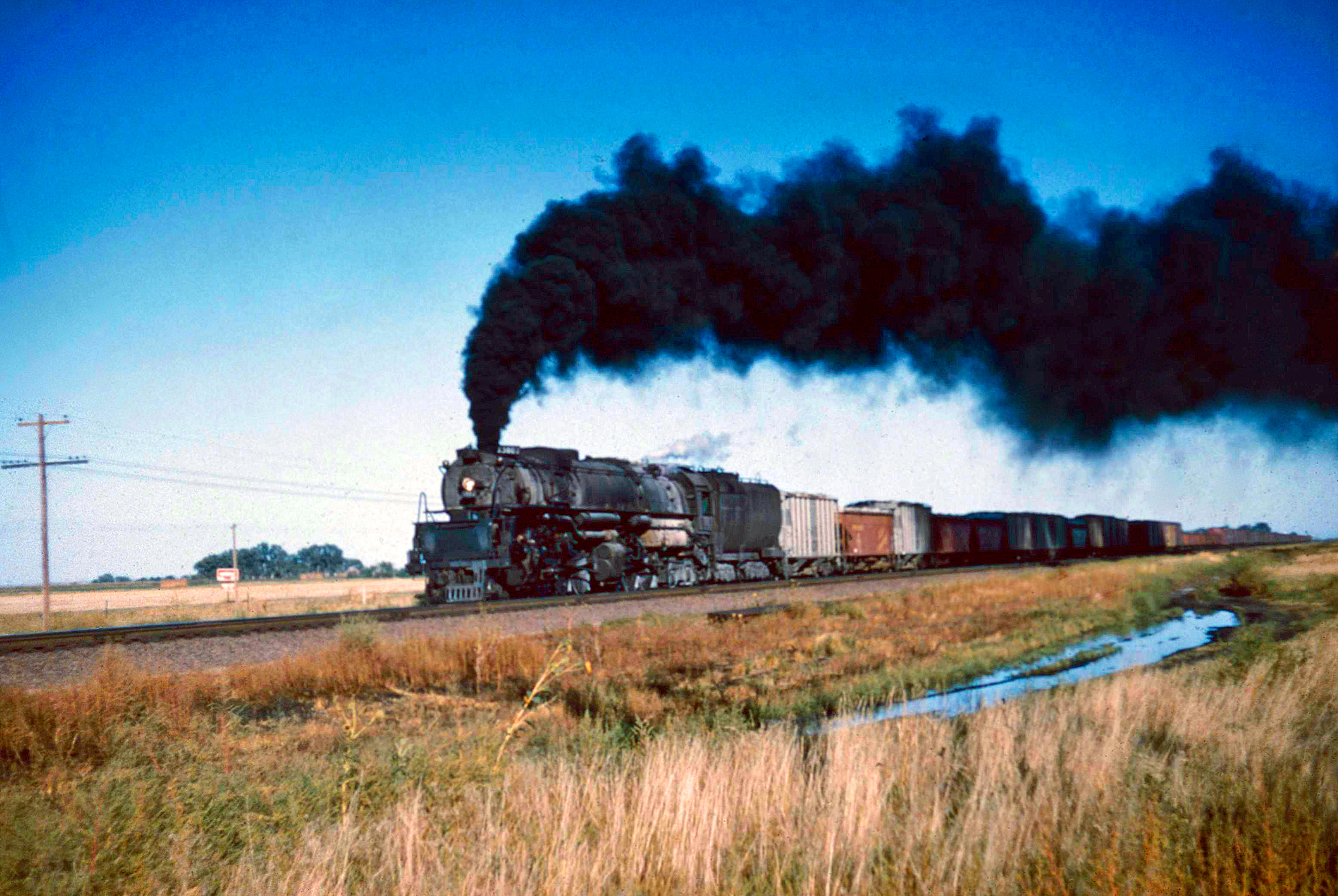 The Challenger Type was born out of a need by the Union Pacific for a more powerful locomotive that could handle trains more efficiently, particularly over the stiff grades of the Wasatch Mountain Range in western Utah.

At the time of their development (mid-1930's) the railroad knew, specifically Chief Mechanical Engineer Arthur H. Fetter and Otto Jabelmann (UP's assistant general superintendent, motive power), that UP's current roster of 4-12-2 Overlands (developed in the 1920s by Fetter himself), 2-8-8-0s, and 2-10-2s were no longer up to the task.

Working with the American Locomotive Company (Alco) the two gentleman came up with the 4-6-6-4 wheel arrangement that proved to be an exceptional blend of power and speed that worked well for the railroad.

Fetter, specifically, had been responsible for many improvements and innovations within Union Pacific's steam program. When developing what became the 4-6-6-4 he suggested an articulated design that could reach speeds greater than the current 4-12-2s while reducing the reciprocating weight of a compound. 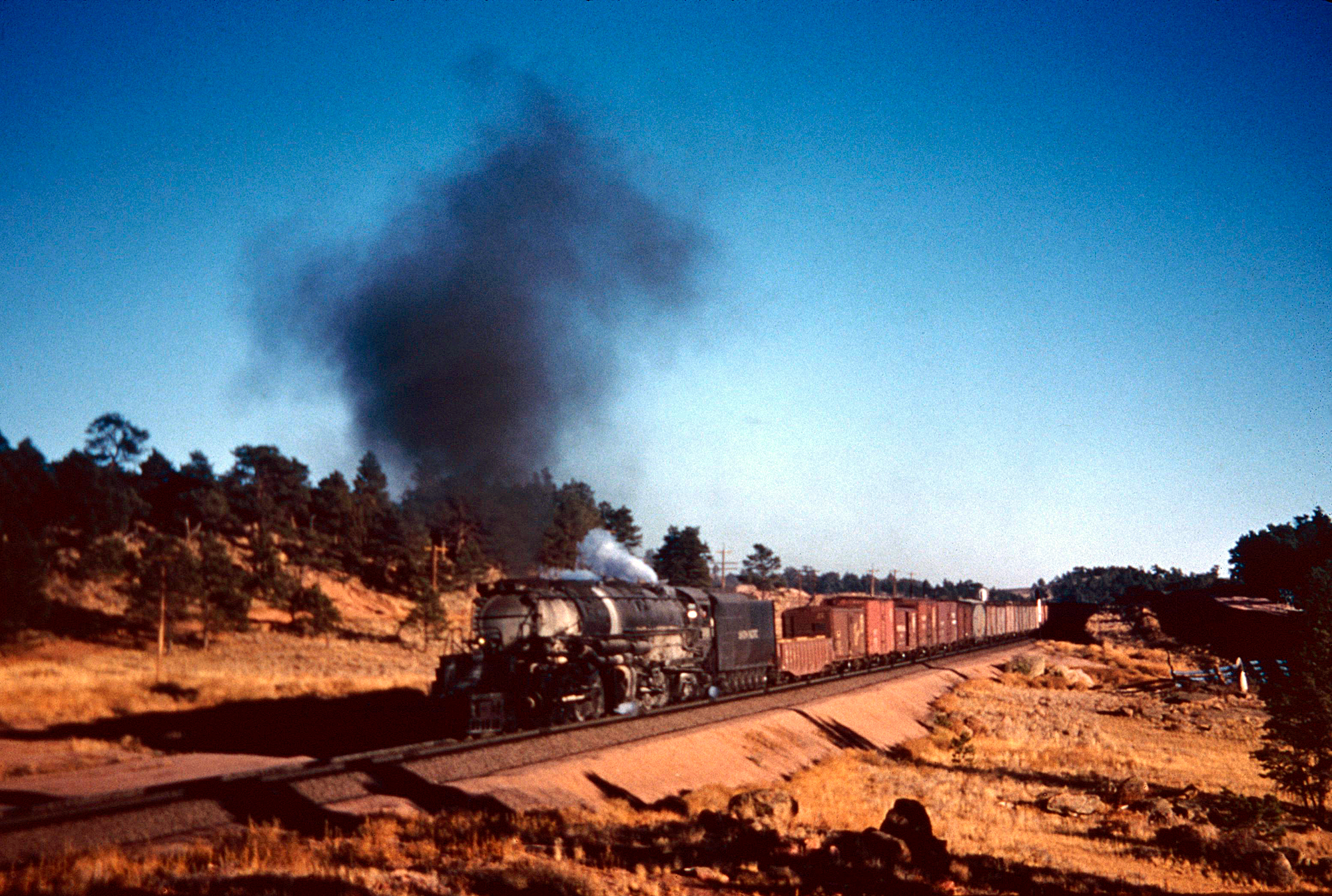 Interestingly, he and Alco started with an Overland design to begin developing what became the Challenger. The first prototype was ready for service on August 25, 1936 when it arrived in Council Bluffs, Iowa. The locomotive was listed as #3900 and originally the design was called simply that, 3900s.

It featured the latest in steam technology at the time (and with the arrival of the diesel just around the corner, in many ways the 4-6-6-4s were some of the most advanced steamers ever built) including roller bearings on all axles (engine and tender), a massive boiler, and large firebox.

The unit's first test was to run an eastbound freight from Ogden, Utah to Green River, Wyoming where it would be forced to battle the Wasatch Range. To see just what the new 4-6-6-4 could do officials decided to run it unassisted for the round-trip and the locomotive more than proved its worth.

According to William Kratville's book "The Challenger Locomotives" Fretter, himself, stated that the design had "met the challenge" of the test and the name stuck.

In the coming months and years Union Pacific, who went on to roster 105 units by 1944 (all from Alco) classed as the "CSA" and "4664," found the locomotives to be extremely utilitarian; they were just as adept at pulling heavy, fast freights over the Wasatch and Sherman grades as they were hurrying important passenger runs (such as the Challenger streamliner, which was named after the locomotive). 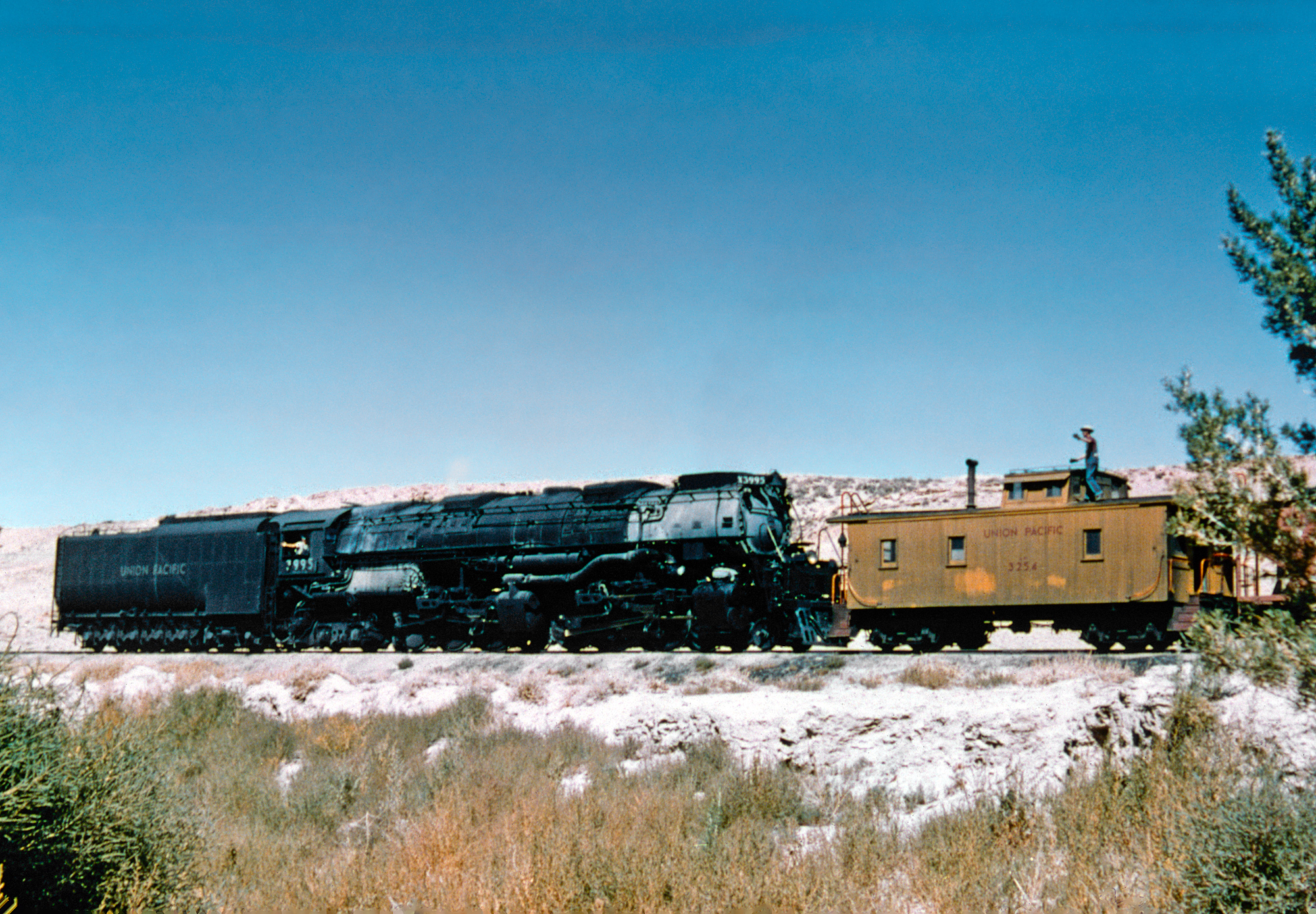 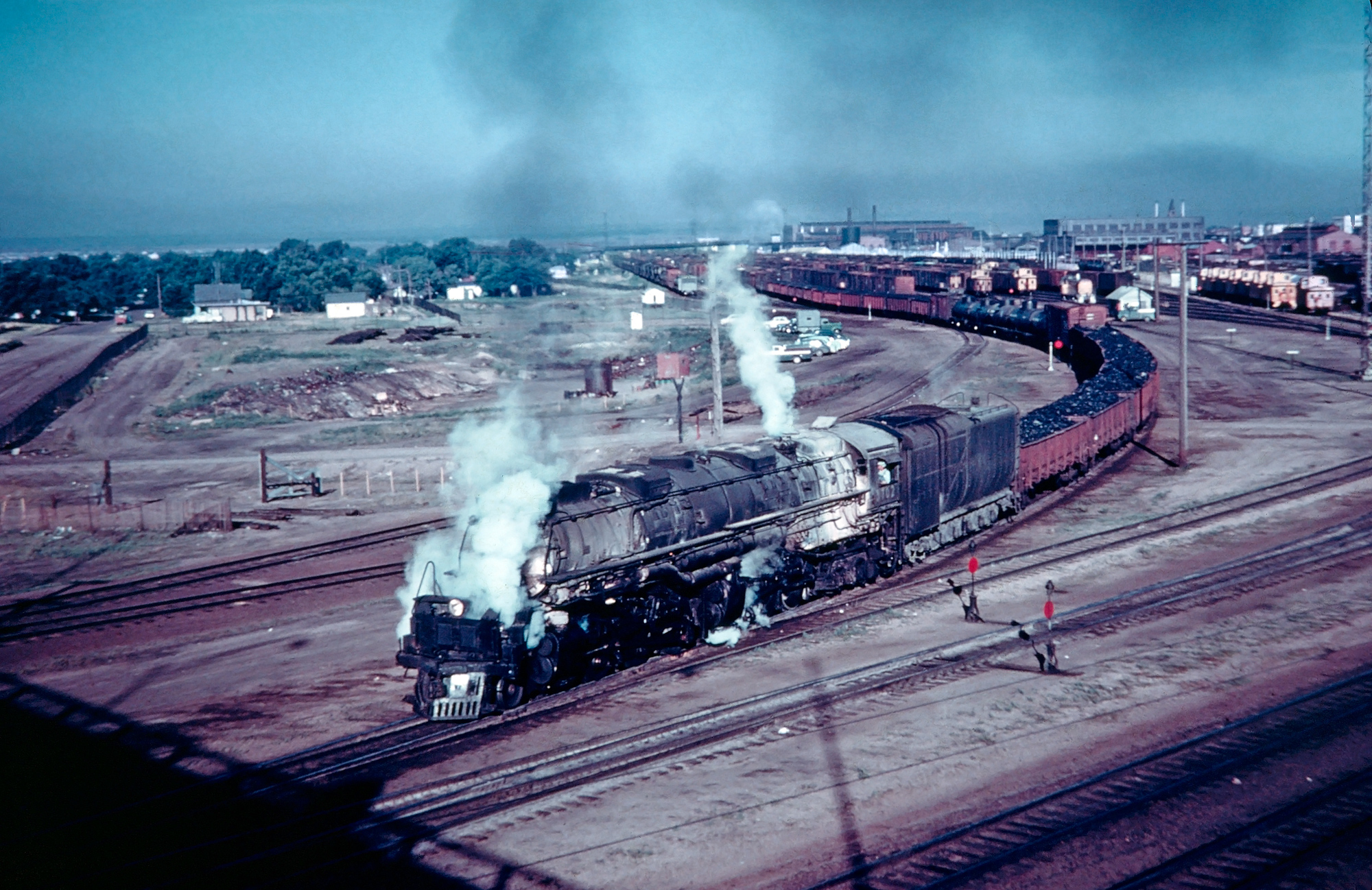 Initially the Challenger type was used over the Wasatch where it was first tested but after being bumped from this service by the larger and more powerful Big Boys, UP found uses for the locomotive all over its system from Oregon and California to Utah and Wyoming.

Aside from the Union Pacific other owners of the Challenger Type included:


As with the UP’s use of the locomotives, all eight other carriers used them to pull heavy freights where grades were stiff.  Most of the 252 Challengers built came from Alco although Baldwin chipped in with 27 of that total. 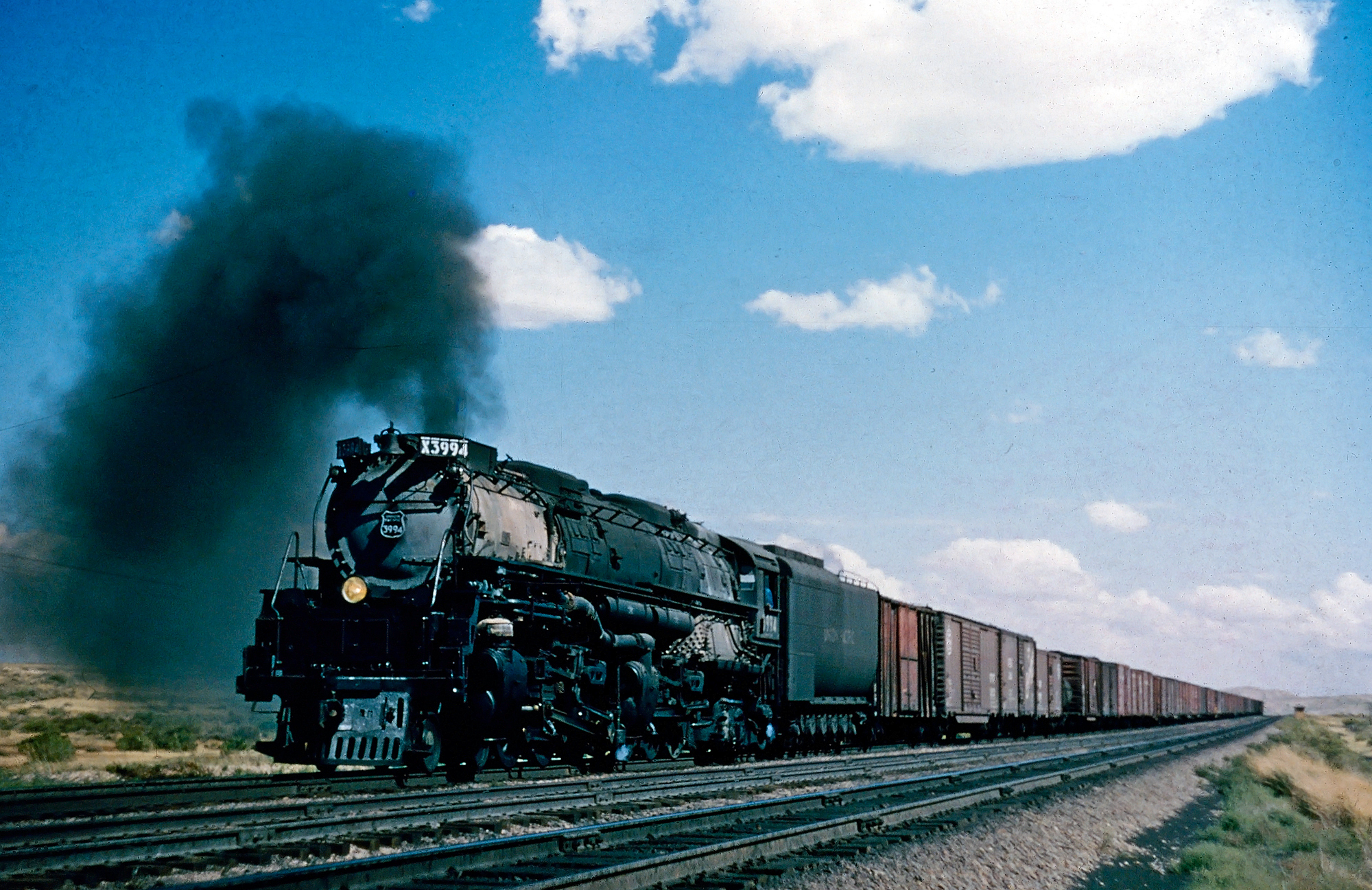 The latter has been on display for many years in North Platte, Nebraska while the former (#3985) operated as part of the Class I's steam program from 1981 until 2011.

In 2022 the big Challenger was donated to the Railroading Heritage of Midwest America, the major non-profit organization based in the old Rock Island shops in Silvis, Illinois. The organization plans to fully overhaul the locomotive and operate it in excursion service.

Today, along with sister #844, #4014 regularly chugs along the UP system on excursions and other promotional events.  The Big Boy's phenomenal success in 2019 means it will be play a significant part in UP's steam program and public relations events moving forward.

If you have the opportunity I strongly recommend seeing one (or both) of these old girls in action, as large steam locomotives operating at-speed on main line railroads today is extremely rare.