What has been termed as the AAR Type B truck was used by most early builders of diesel locomotives including the American Locomotive Company (Alco), Baldwin, Fairbanks-Morse, and General Electric's four-axle U-boats.

Electro-Motive, however, did not use the design opting instead for its own Blomberg model.  EMD's products were not only successful due to their reliability and ruggedness; they were also popular because of the Blomberg, a smooth riding truck which eliminated a lot of the jarring and rocking, even on poorly maintained track.

The designation "AAR" describes the truck's adoption by the American Association of Railroads as a standard type.  While this was the case, curiously enough the association did not actually refer to the truck by such and instead listed it only by the initials of the manufacturer which designed it.

The truck has also often been referred to as an Alco truck since virtually all of the builder's four-axle locomotives used the AAR.

However, as mentioned above, all four builders used it under their four-axle road switchers.  Today, despite their age you can still find several of these trucks in service on shortline carriers and tourist railroads. 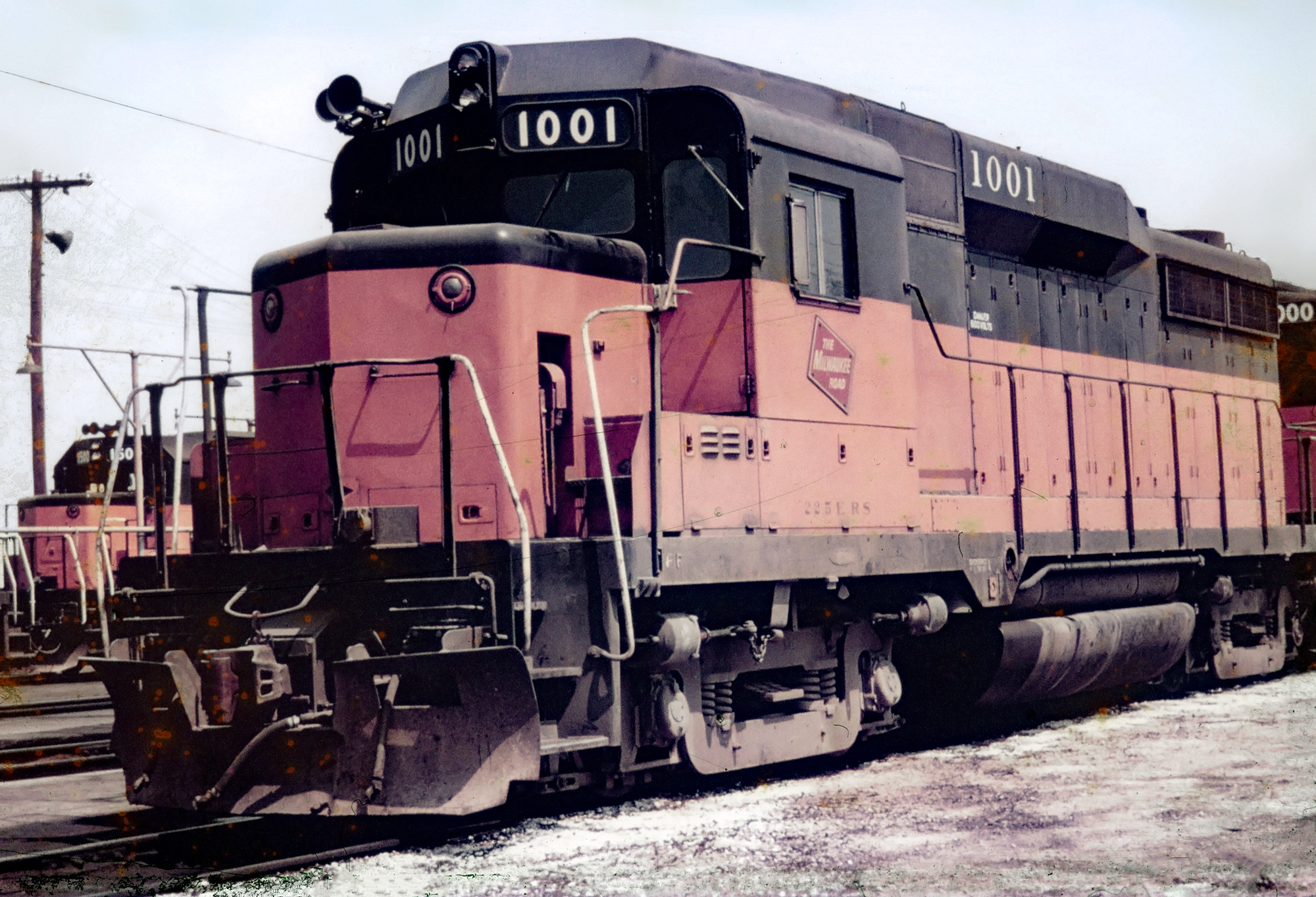 The first application of the AAR truck was the Type A, a rigid bolster design (more commonly referred to as the switcher truck), used by the Electro-Motive Corporation and Baldwin Locomotive Works on their early diesel switchers from the mid-1930s through the early 1940s.

EMC also continued to use the Type A well after it became an official division of General Motors on popular models like the SW1, NW2, SW7, SW9, and was still offered as an option on the SW1500 cataloged in the mid-1960s.

Later, when Fairbanks Morse entered the market its two switcher models, the H10-44 and H12-44 also used the Type A.  The truck was originally designed by the Commonwealth Steel Company (CSC) on Granite City, Illinois.

Surprisingly, CSC was purchased by Baldwin and Alco in 1929, perhaps as a way to gain a standing in the growing diesel locomotive marketplace.

The company was renamed the General Steel Castings Corporation (GSC).  Interestingly, Alco continued using its own Blunt truck on its switchers until forced to change to the Type A by the AAR (the truck first appeared on its switchers starting with the S3 in the late 1940s).

For whatever reason, however, Alco took a different approach when it cataloged the first, true road-switcher in 1941, the RS1. This diesel model featured GSC's truck designed for road service, and apparently it had no official designation although curiously enough has came to be known over the years as the AAR Type B (more on that fascinating story a little later).

This truck was a swing bolster version that was equalized by keeping the weight even on each wheel, even when operating on uneven track.

To accomplish this it used coil springs as primary dampeners and leaf springs as secondaries.  The Type B's could handle either General Electric traction motors or those offered by Westinghouse although most often the former's were used.

This was the case with the RS1 which used GE's model 731 motor.  Additionally, just as many manufacturers used the Type A on their switchers so too did most employ Type Bs on the their road-switchers.

Aside from Alco, which used them on all of its four-axle models through the final C430 of the late 1960s this included Baldwin, Fairbanks Morse, and GE.  Interestingly, despite the wide-scale application of the AAR Type B it was said to rider poorer than Electro-Motive's Blomberg B.

While this may have been the case a number of railroads (the Ann Arbor and Southern among others) in an attempt to save a few dollars had the Type Bs reused on second-generation Geeps when trading in their older first-generation units (usually early Alco RS or FA models).

This provided for an interesting look when seeing these EMDs in service, some of which still carry their Type Bs even today.

As for GE it continued using this truck through nearly its entire Universal series (the U-boats) until the last U18B "Baby Boats" released in early 1973 that were cataloged with the builder's own floating-bolster (FB) truck.

This design was meant to reduce maintenance by having fewer moving parts but ultimately rode very poorly and was especially disliked by crews.

Finally, the story behind the AAR Type B is quite fascinating.  The name, as mentioned above, was not officially listed as such by the Association of American Railroads, which never adopted any term to describe a truck design.  The association merely mentioned it within its "AAR Recommended Practice" during the late 1940s.

What is even more interesting is that Alco was more or less forced to adopt the AAR Type A over its Blunt design or be out of conformity with AAR's standards at the time, which meant that its models could not be sold to common carrier railroads.

However, it is said that Alco employees themselves began referring to GSC's switcher and road-switcher trucks as the "AAR Type A" and "AAR Type B," which was later simply adopted by railfans and those who follow the industry.

The term Alco truck has also been used to describe the design, which actually isn't that far fetched considering where the term originated although U-boats, of course, also carried the design.

Since both designations have become so ingrained to describe each truck type they are now accepted as the official name.