The Advisory Mechanical Committee, or AMC for short, was the research and development arm of the Van Sweringen brothers' railroad properties.

The committee was formed in the late 1920s soon after the brothers had taken control of the railroads and established standardization in Super Power steam designs among them.

While the Lima Locomotive Works produced several hundred of these locomotives by the 1940s the other majors builders also manufactured them as well.

Unfortunately, the AMC is not well known since few of their documents survive; a true shame considering the group helped produce some of the best late-era steam locomotives prior to the diesel age. 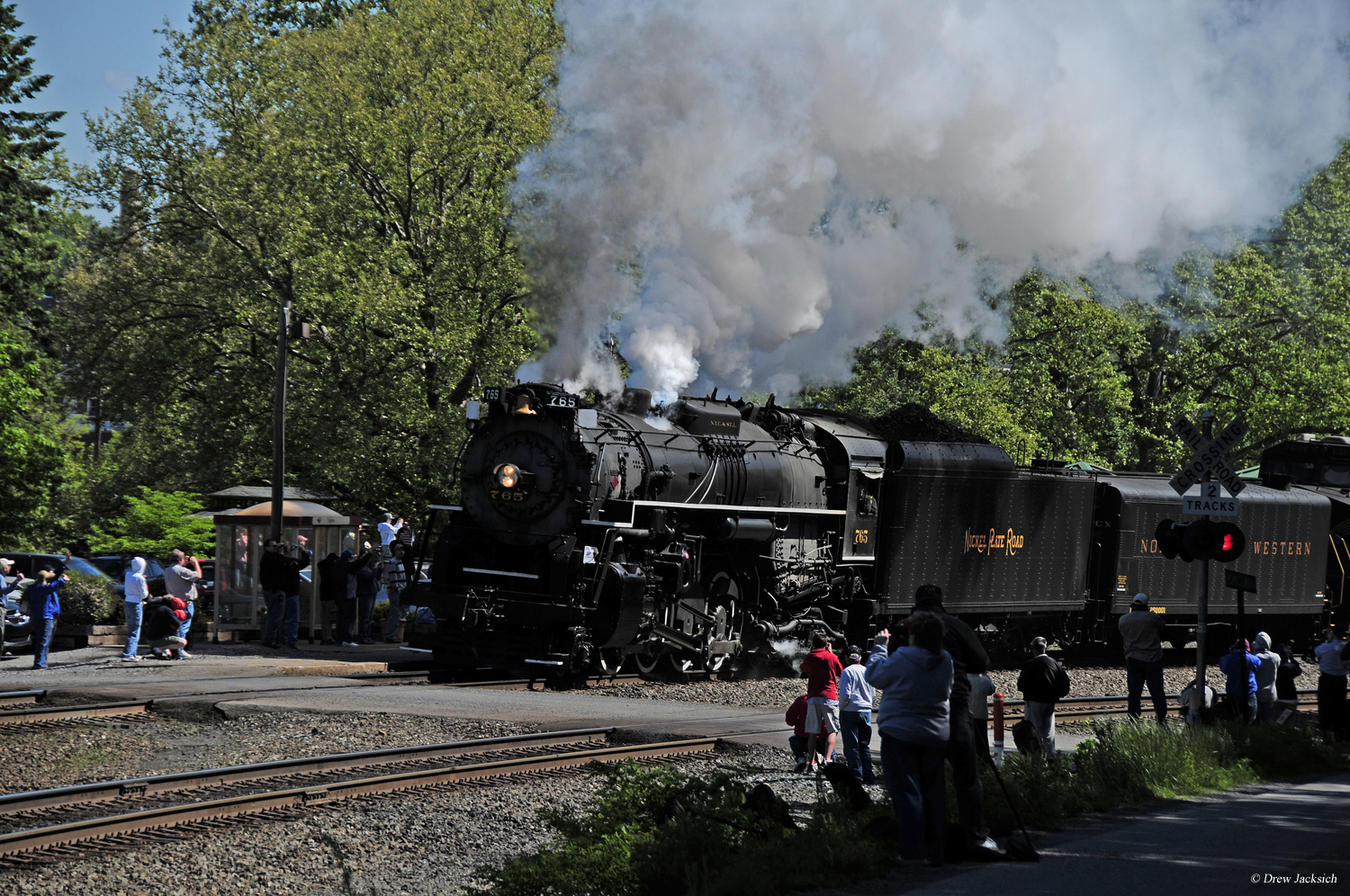 They went through several early business failures before entering the real estate industry around 1909.  Soon after this latest venture they began developing what is now known as the community of Shaker Heights, Ohio, an eastern suburb of Cleveland.

The brothers felt that a high-speed, rapid-transit streetcar operation was essential for the project to ferry commuters to and from their places of work.

While this system was eventually established the Van Sweringens also wanted to get into the railroad business, purchasing control of the New York, Chicago & St. Louis in 1916, better known as the Nickel Plate Road.

At the time the NKP was a subsidiary of New York Central and while the rundown property took a bit of time to rehabilitate the Van Sweringens looked to expand their interests in the industry.

By the 1920s they controlled the Erie Railroad, Chesapeake & Ohio, Pere Marquette, and Hocking Valley Railway (the latter two were eventually merged into the C&O).

While the brothers had no previous railroad experience prior to their Nickel Plate acquisition they did know how to run a successful business. 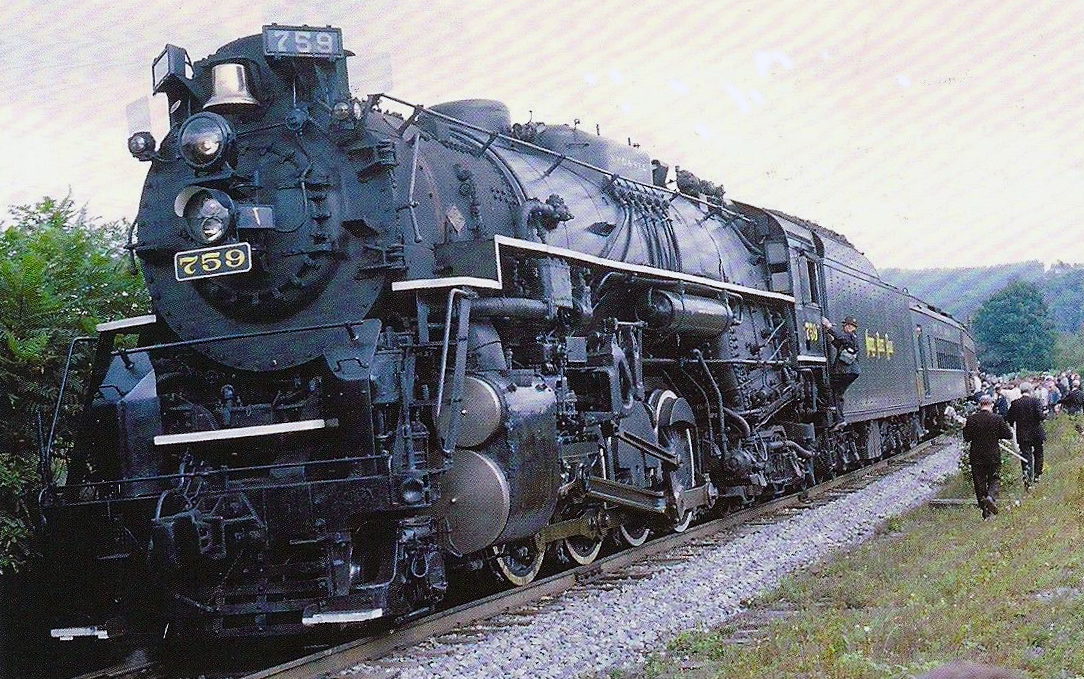 Under his direction a committee was established to oversee the mechanical operations of all the Van Sweringen properties.

This group, established in 1929 and known as the Advisory Mechanical Committee, would offer best practice recommendations and refine steam locomotive designs to best suit each railroad.

The AMC team was comprised of managers from each railroad's mechanical department and met at the Van Sweringen's headquarters in Cleveland.

While the group was tasked with generally implementing improvements it is believed they also held a great deal of power in ultimately deciding which new locomotives operated on a particular railroad.

Whether the AMC was also created as a direct result of the Super Power locomotive's birth is unknown (likely only a coincidence) but whatever the case the timing was just right.

While the locomotive was essentially a Mikado featuring a larger firebox and additional rear axle it proved vastly superior and led to a new design, the Berkshire.

The term has also been used to include new technologies being applied at the time such as roller-bearings, mechanical stokers, and outside valve gear.

The first Super Power locomotives used by a Van Sweringen line was the Class S 2-8-4s built for the Erie between 1927 and 1929.

While the AMC did not influence the refinement of these Berkshires they did base the Chesapeake & Ohio's Class T-1 2-10-4's from them.  Mr. Dixon notes in his book the T-1's were the first examples built with AMC oversight (1929) and they proved incredibly successful on the C&O.

They typically saw service on the railroad's more rugged western territory often tasked with 160-car coal trains.  In all, forty units arrived from Lima (#3000-3039) and the C&O liked them so well that most of their future Super Power locomotives came from the builder.

However, because AMC tended to standardize their designs so well any examples outshopped by the major builders (Baldwin, Lima, or the American Locomotive Company) were more or less identical. 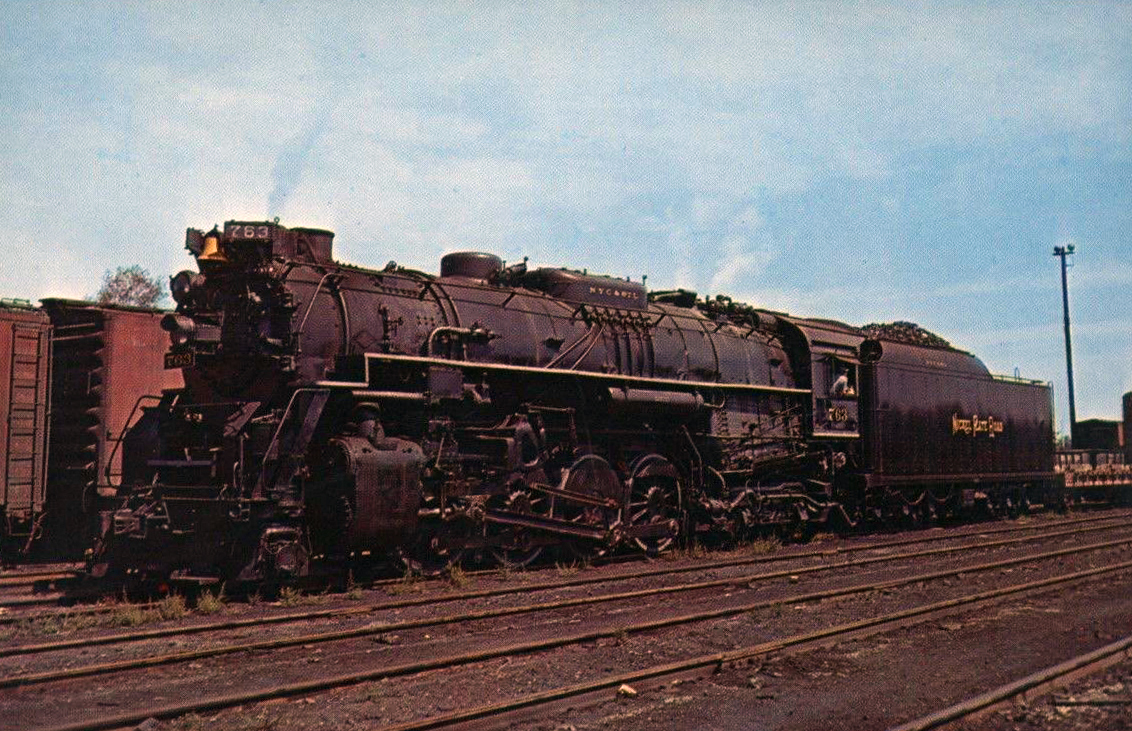 The best known AMC design was the standardized 2-8-4 which found its way on all of the Van Sweringen properties.

During a 22-year period between 1927 and 1949 Lima manufactured 301 locomotives for the Van Sweringen interests, which Mr. Dixon points out comprised slightly less than half of all the Super Power designs the manufacturer ever produced.

While Lima was the smallest of the Big Three steam builders its locomotives are often considered some of the best ever built.  Today, one example each of Nickel Plate's and Pere Marquette's 2-8-4's remain operational so it is still possible to see AMC's designs today.