Railroad Ballast, Why Is It Necessary?

Track ballast (usually crushed stone), as it is known, is another important part of railroad infrastructure.

Although it may just look like plain ole gravel this stone plays a vital role in acting as a support base for the railroad ties and rails as well as allowing for proper drainage of water away from the rails (which is why the stone is always sloped downward and away from track).

You may be wondering how such a term came to define the stone which supports the railroad track structure. Interestingly, it has its roots dating back to early times when stone was used as ballasting for sailing ships.

In today's railroad industry the use of ballast, its application, and purpose has changed little since it was first employed and will likely always remain an important component as a part of the track structure. 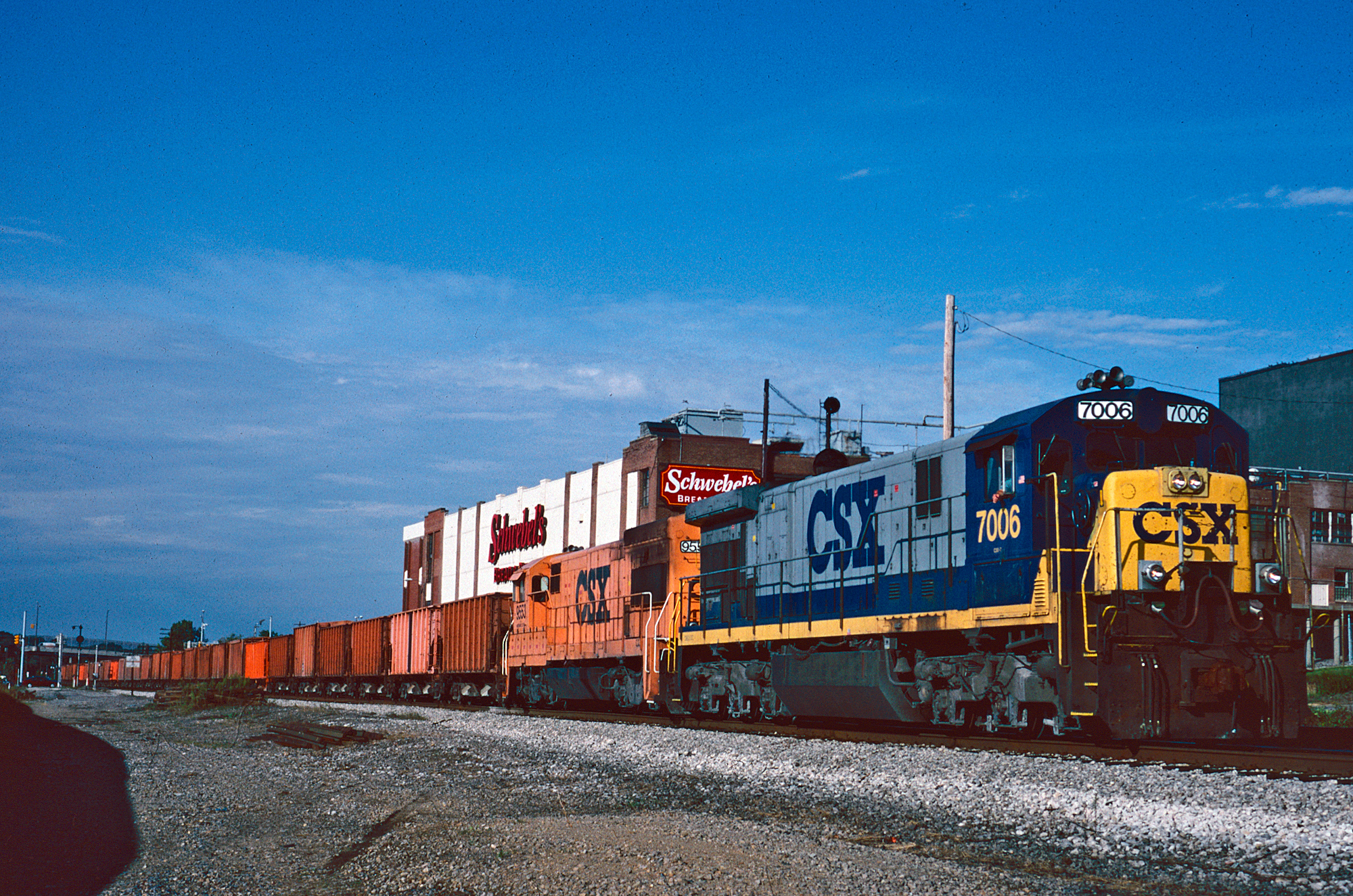 Some light density railroad lines would appear jet black as nothing but burnt coal cinders were used to ballast the route.

In any event, track ballast must regularly be cleaned or added as when dirt and grime builds up within the rock it reduces its ability to properly drain water.

Ballast also acts as a support base for the railroad track structure giving it strength and rigidity but also allowing for flexibility when trains pass over.

Limestone or quartz is often most used as ballasting because it is a hard stone that will lock together providing for extra strength.

According to Brian Solomon's book Railway Maintenance, The Men and Machines That Keep the Railroads Running, today's trains can exert a force of 100 psi when passing over track and the stone used for ballasting must be able to withstand this constant abuse.

For history's sake, ballast has its earliest beginnings as simple limestone blocks, which actually sometimes pulled double duty as both the support base and railroad track structure.

In the 1840s true ballast, or crushed stone, as we know it today began to be widely used and was soon found to be far superior to the old method.

Years ago during when most of the classic railroads were operating each had a particular quarry in which it used for ballasting.

Of course, back then most railroads were small enough that a single quarry could often fulfilled the needs for the entire railroad. Because of this many railroads could be distinguished by the stone it used to ballast its system. 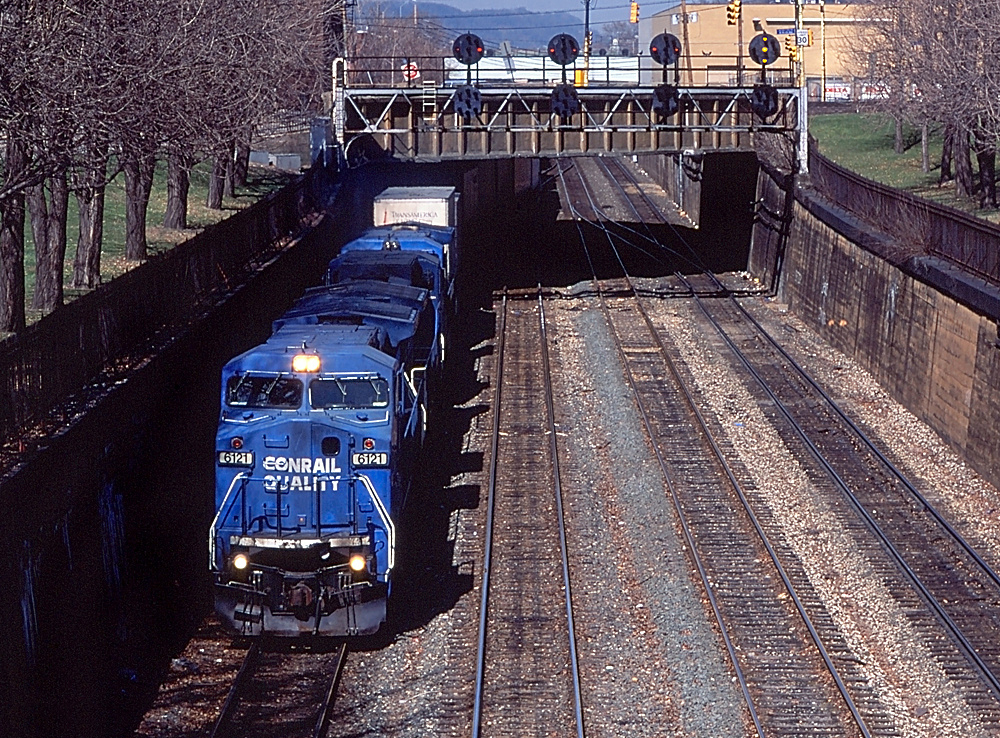 A trio of Conrail C40-8W's lead freight TV-2H through "The Trench" in Pittsburgh along the former Pennsylvania's main line on March 30, 1996. Wade Massie photo.

One often forgotten aspect of the ballasting system is what is known as sub-ballast or sub-grade.

This layer of crushed stone or even pavement, as some railroads today now use acts as a moister barrier and added support system for the railroad track structure above (including the rails, ties, and ballast).

It is always the first component of the track structure to be laid down and is a very important, unseen component.

If the railroad track did not have a sub-ballasting system, or very poor one at best, the rails and railroad ties would eventually become water-logged and fail (causing a derailment, or worse, a washout).

According to Brian Solomon's book Railway Maintenance, The Men and Machines That Keep the Railroads Running, today the typical layout for a well-ballasted railroad track system is stone lined to the top of the railroad ties protruding roughly 14 inches to either side.

From this point the rock is tapered away on a "3-to-1" slope to an eventual distance of 9 feet, 10 inches from the center-of-track with the stone being about one-foot deep below the bottom of the ties. Pretty technical stuff for something that looks so simple!

If you ever happen to take a closer look at a well-maintained railroad right-of-way be sure and notice how the ballast system works, aside from the stone and technical layout.

If the system is properly ballasted and maintained no water will be anywhere near either, as will weeds and other foliage. It's hard to believe that simple crushed stone plays so many vital roles as part of the railroad track structure.