The B&O Railroad Museum today is one of the most recognized, respected and highly regarded railroad museums, not only in this country but also the world.

It sees hundreds of thousands of visitors on an annual basis and easily has the largest, single collection of historic B&O railroad equipment anywhere in the country.

An Overview Of The B&O Railroad Museum

A History Of The B&O Railroad

What you can find at the museum is not only B&O pieces from its namesake railroad but also many important historical pieces from other railroads around the country.

Many of these locomotives and historic cars are located in the B&O’s famous Mount Clare shops (which throughout the years would create and build a number of innovative cars and locomotives for the railroad).

The museum also features two scales of large model railroads in G and HO as well as annual layouts brought in by model railroading groups during the holidays. 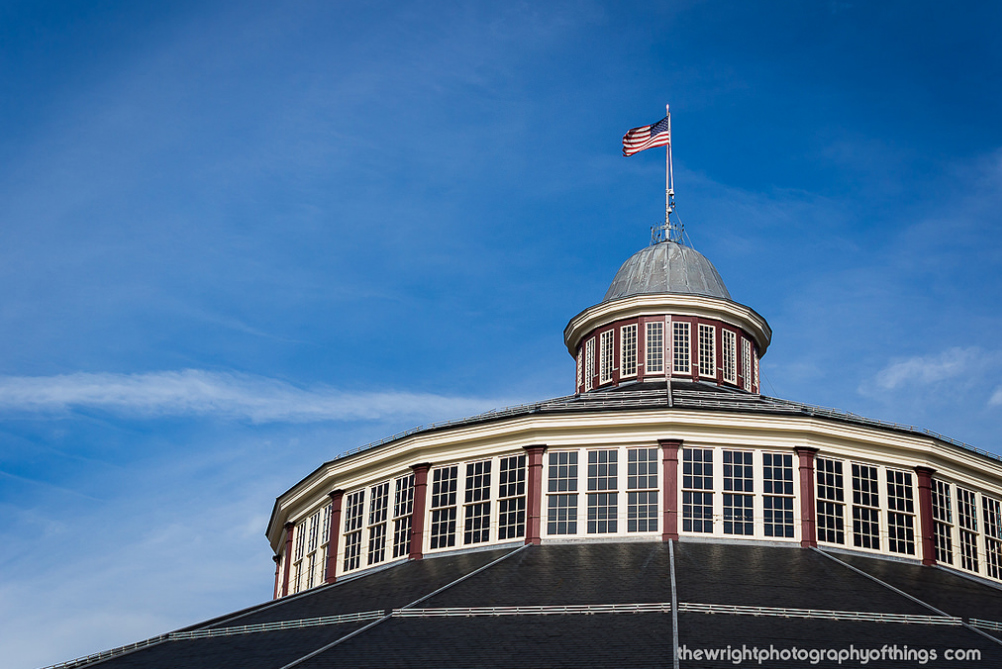 The B&O Railroad Museum began in 1953, created by its parent, the Baltimore & Ohio to house the railroad's growing collection of historic equipment (a number of which would come from the 1927 Fair of the Iron Horse) and archival material over the railroad’s 126 years of existence up to that time.

When the B&O’s name was dissolved by the recently created CSX Transportation on April 30, 1987, the new railroad had little need for a museum and sold the property and buildings to the newly-established Baltimore & Ohio Railroad Museum in 1990.

This non-profit organization was created in an effort to continue the traditions and preserve rail history, which the B&O had started nearly thirty years earlier. 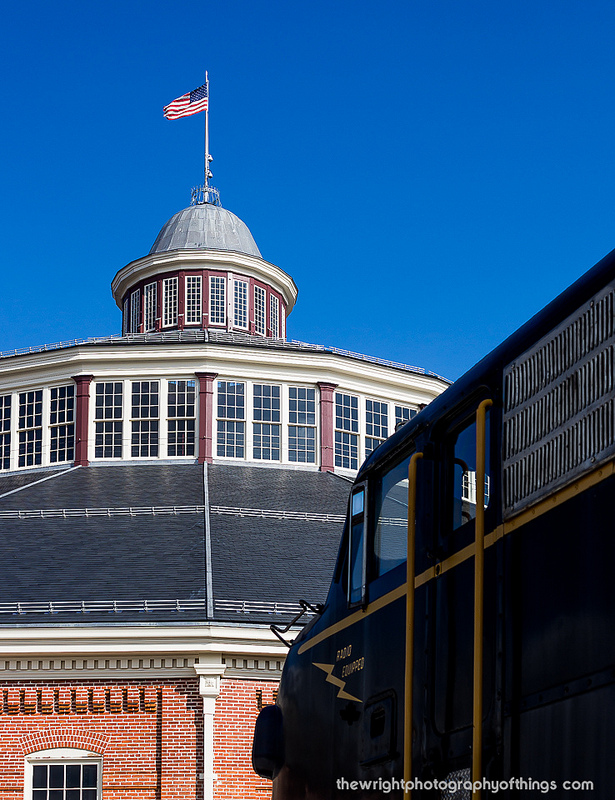 The most recent obstacle the B&O Railroad Museum has had to overcome was an overwhelming snowstorm in 2003 (the President's Day Storm) which collapsed the roundhouse’s roof.

The facility, designed by noted architect E. Francis Baldwin (an individual often commissioned by the B&O to design the company's many depots) and completed in 1884, was (and remains) the centerpiece of the museum, housing its most treasured pieces.

It is 245 feet in diameter, 135 feet high, and contains 22 bays as well as a turntable.  The devastation was so enormous some worried the museum could not overcome the disaster. However, undaunted, staff planned to rebuild the roof and restore as much historic equipment as possible. 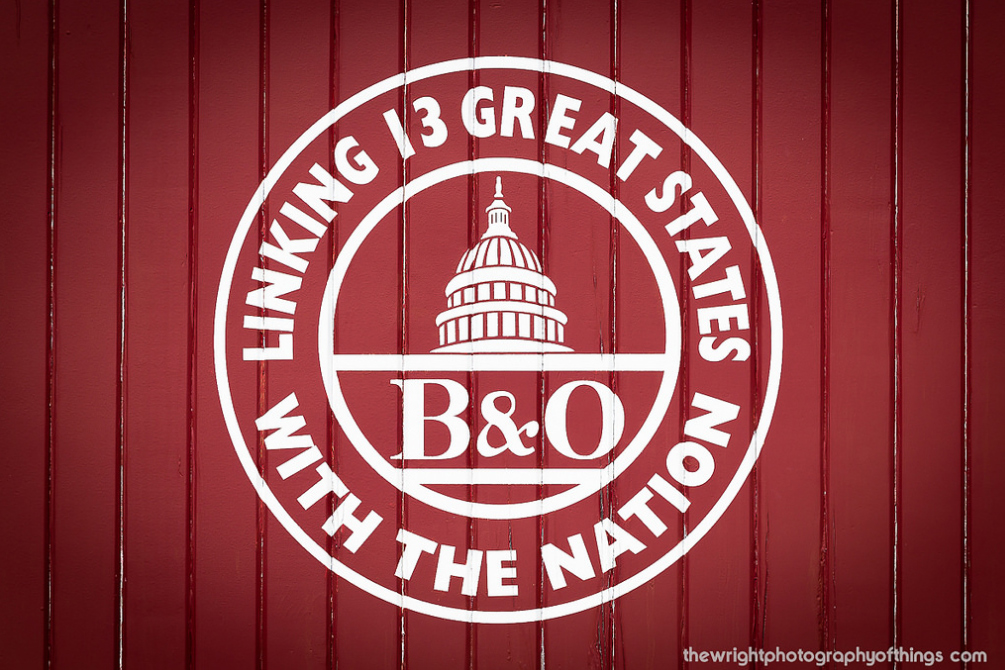 After nearly  two years of work, it reopened in November of 2004. Albeit the cost of admission had to be raised (mostly to pay for the restoration of damaged equipment), the museum has made a nearly full recovery.

It has even grown a bit by adding a repair workshop that has been invaluable in restoring damaged pieces.

Following the roundhouse reopening the facility once more houses their most historic and well preserved pieces, such as a replica of Tom Thumb, one of the first boxcab diesel locomotives (owned by the Central Railroad of New Jersey), and the last surviving B&O 4-6-2 Pacific-type steam locomotive (P7 Class #5300).

These, of course, are just a small sampling of the equipment found on-site, which also includes historic freight and passenger cars.

Baltimore & Ohio EA #51 (Cosmetically restored to its as-delivered appearance.  The first streamlined diesel ever built, manufactured by Electro-Motive in 1937.  The last of its kind still in existence.)

Following a 5-year project, this locomotive was unveiled to the public in January, 2021  to its as-delivered appearance from Electro-Motive.) 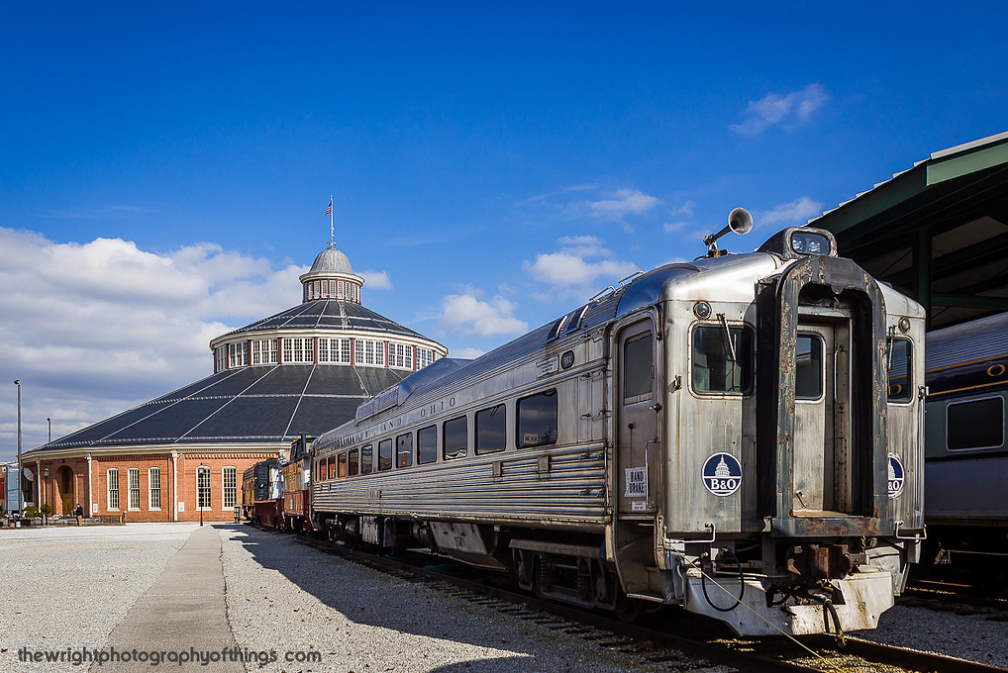 The museum also has a large amount of preserved equipment housed outdoors, which it is constantly attempting to raise money for both their restoration as well as protection from the elements.

Additionally, the museum features other important artifacts such as railroad tools, passenger train china, and the B&O’s ceremonial "First Stone" (laid on July 4, 1828).  Again, this is just a few of things you can see there.

Today the museum is going as strong as ever and besides the historic equipment you can see which is located throughout the property; there are train rides for the kids (it currently includes a small, operating steam locomotive and an early B&O diesel locomotive), facility rentals, and lots of gifts and memorabilia at their gift shop or online store. 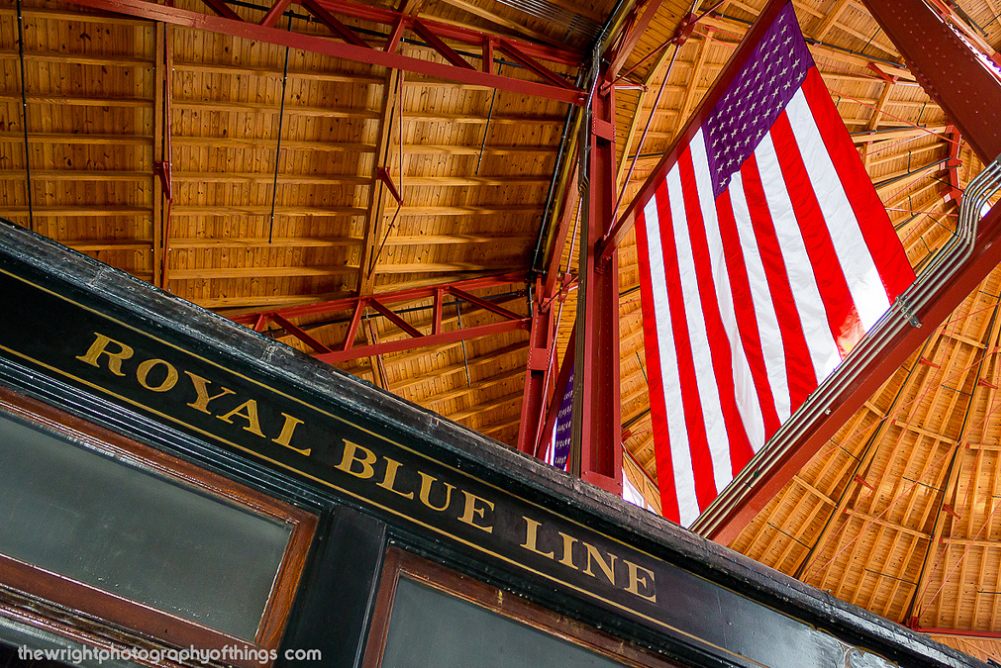 There are also a wide range of special events held throughout the year such as hosting a Day Out With Thomas, Chuggington, and other activities.

Additionally, the B&O Museum owns the nearby, former B&O freight station in Ellicott City, the oldest surviving depot in the country.

Also available are memberships for you to not only help the museum with it many restoration projects but also to receive special perks and discounts.

In closing, it is a shame that CSX Transportation, located next to and connects with the museum does not take a greater in interest in [its] rail heritage or allow excursions to be hosted on its property.

If so, the two properties could offer some incredible rail experiences.  To learn more about the B&O Railroad Museum please visit their website.