Railroad ditch cleaners (sometimes referred to as diggers) are another important aspect of keeping the track structure and right-of-way properly maintained.

As with any type of ditching work the main task is to make sure the water is properly draining completely away from the right-of-way.

Otherwise, backed up water could not only damage the tracks and ties but also undermine the integrity of the right-of-way and ballast itself.

As such, the machine plays a similar role today as ballast cleaners and undercutters whose primary purpose is to either clean the rock or remove it entirely so that new may be laid.

The end result is to keep a proper drainage away from the track structure.

The main player in the field today, as with virtually all types of heavy maintenance work is Loram and Plasser American although railroads also do some of their own ditching work to reduce steep contract costs. 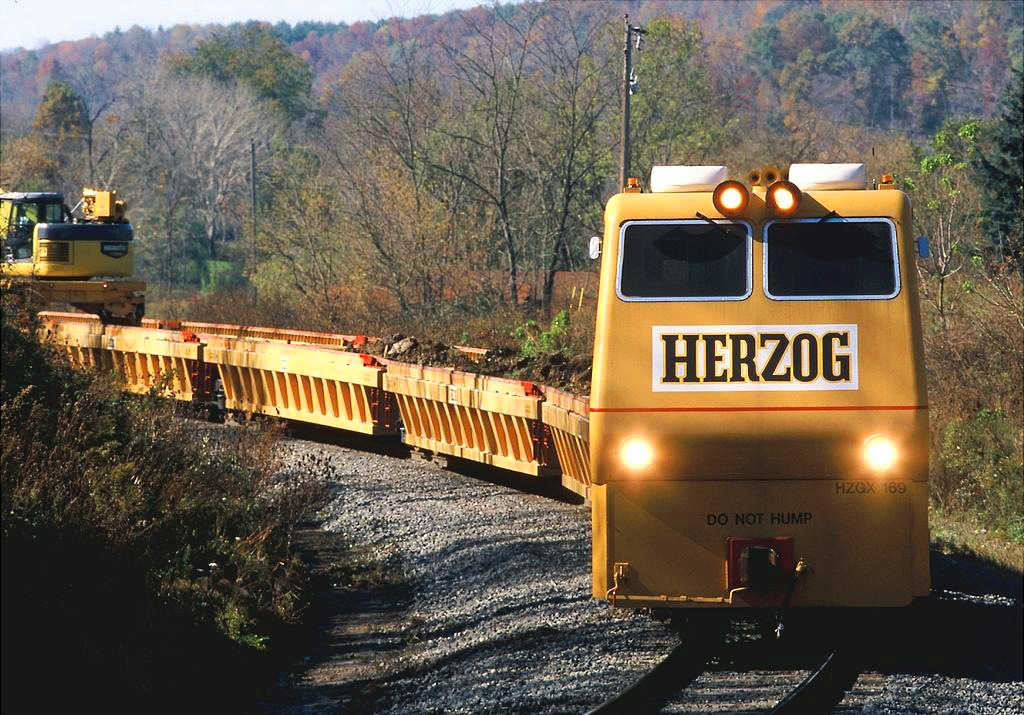 If you are unfamiliar with what ballast is it is another important part of railroad infrastructure, and usually comes in the form of crushed stone.

Although it may just look like plain ole gravel this stone plays a vital role in acting as a support base for the ties and rails as well as allowing for proper drainage of water away from the rails.

Although it may just look like plain ole gravel this stone plays a vital role in acting as a support base for the ties and rails as well as allowing for proper drainage of water away from the rails.

Early ditching work, as was the case with nearly any type of railroad maintenance, was done entirely by hand and a large army of workers along with the aide of early steam shovels.

Extremely simple machines by design it was developed by Oswald Jordan in the very early 20th century and consists of almost no moving parts.

Today, the Jordan Spreader has mostly been replaced by newer, faster, and more efficient ditching machines but it still finds work on some railroads. 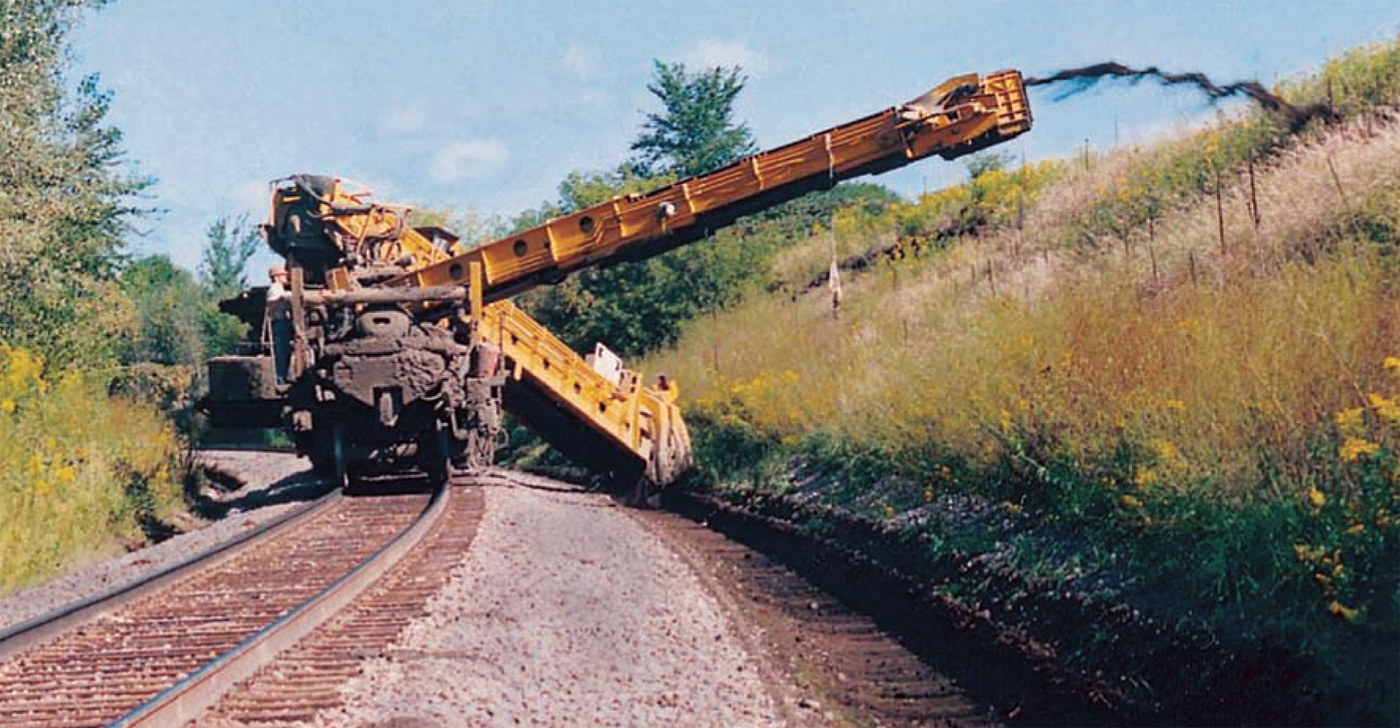 The latest cleaners come from companies like Loram, which specializes in heavy maintenance work of railroad right-of-ways.

Able to travel at speeds of 50 mph their diggers can clean more than 500 cubic yards of dirt and material every hour, returning the ditch to its proper depth and efficiency.

Sometimes side-dump cars are used when ditching to store the material collected until it can disposed of.

However, this is only the case if the material cannot be directly discharged a suitable distance away from the tracks, such as around a rock cut. 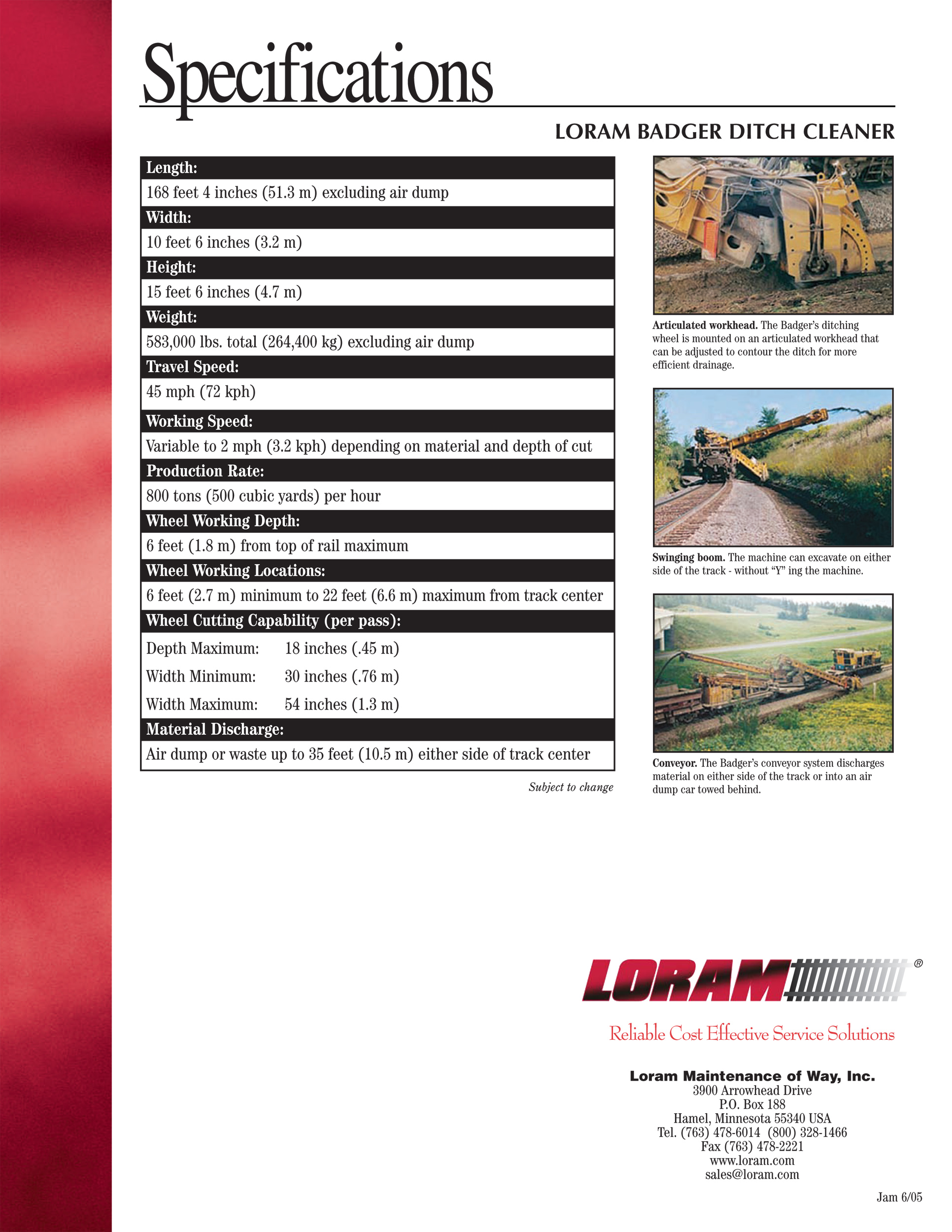 Ditch cleaners are not the only machines used to keep right-of-ways properly maintained.

Others include ballast cleaners, which as you might expect clean the ballast and undercutters.

Once the crushed stone making up the ballast structure has broken down too much to be effective any longer railroads must replace it.

To accomplish this task a another piece of equipment known as an undercutter is called in. This hefty machine is somewhat similar in appearance to a ballast cleaner. However, instead of cleaning the stone it scopes it up to be replaced.

For more reading about ditch cleaners you may want to consider the book Railway Maintenance Equipment: The Men and Machines That Keep the Railroads Running from noted author Brian Solomon.

If you're interested in perhaps purchasing this book please visit the link below which will take you to ordering information through Amazon.com.