The Rio Grande's K-28 Mikados were its newest fleet of narrow-gauge 2-8-2s when received in 1923.  The little Mikes replaced the fabled K-27 "Mudhens" purchased at the beginning of the 20th century.

These new steam locomotives corrected flaws in the earlier K-27's and were slightly more powerful.  The K-28's were well-built machines and proved so reliable that other railroads purchased Mikados based from this design.

Only three examples survived after the end of World War II due to requisitioning related to the war effort.  These three locomotives remained in service through the 1950s until they were finally sent into storage as the K-36's and K-37's finished out operation on the San Juan lines in 1967.

Eventually, the trio was donated to the upstart Durango & Silverton Narrow Gauge tourist operation where they remain today.

During the steam era, smaller arrangements like the 2-8-0 and, in particular, the 2-8-2 were favored by the Rio Grande along its San Juan District.

The perky little locomotives provided sufficient power and traction while also able to handle the sharp curves and stiff grades in the region. 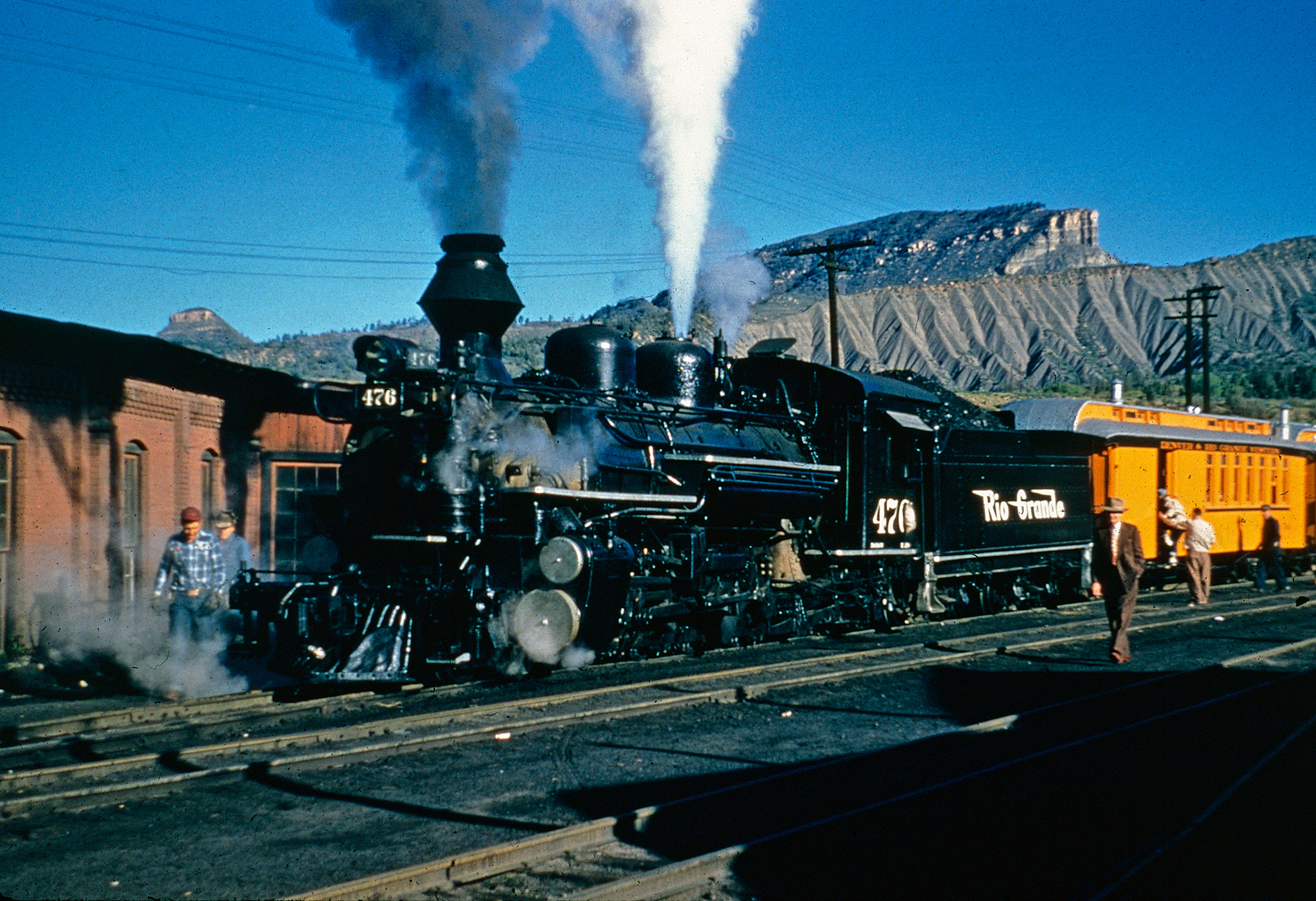 The Rio Grande's fabled narrow-gauge operations in southern Colorado and northern New Mexico were so unique that they continue to garner attention in books, magazines, and model railroad layouts even today.

They were a fascinating operation that saw steam survive in main line freight until the latter 1960s, long after other Class I's had retired theirs from service.

After the mining industry's decline in the late 19th century, this network of trackage subsisted on a mix of freight traffic (from drilling equipment for the oil industry to various agriculture and less-than-carload movements) and continued to haul passengers through the first half of the 20th century.

Prior to the arrival of the more powerful Mikados, the then Denver & Rio Grande relied on a fleet of 2-6-0s, 4-6-0s, and, in particular, 2-8-0 Consolidations to get the work done.  However, as traffic grew during the early 1900s the railroad decided it need to upgrade this fleet in meeting demand.

In 1903 it received a batch of fifteen new 2-8-2 Mikados from the Baldwin Locomotive Works.  These steamers were initially listed as Class 125 and were affectionately known as "Mudhens" (although the origin of that name remains unclear even today).

Then the most powerful locomotives operating on the narrow-gauge system, D&RG employees and train crewmen referred to them as "little monsters."  The Mudhens had issues, however; notably a shallow firebox that resulted in losing steam while in service.

In general, though, they were reliable and crews enjoyed them.  During the 1920s, these Mikados received a number of overhauls and given a new designation as Class K-27. 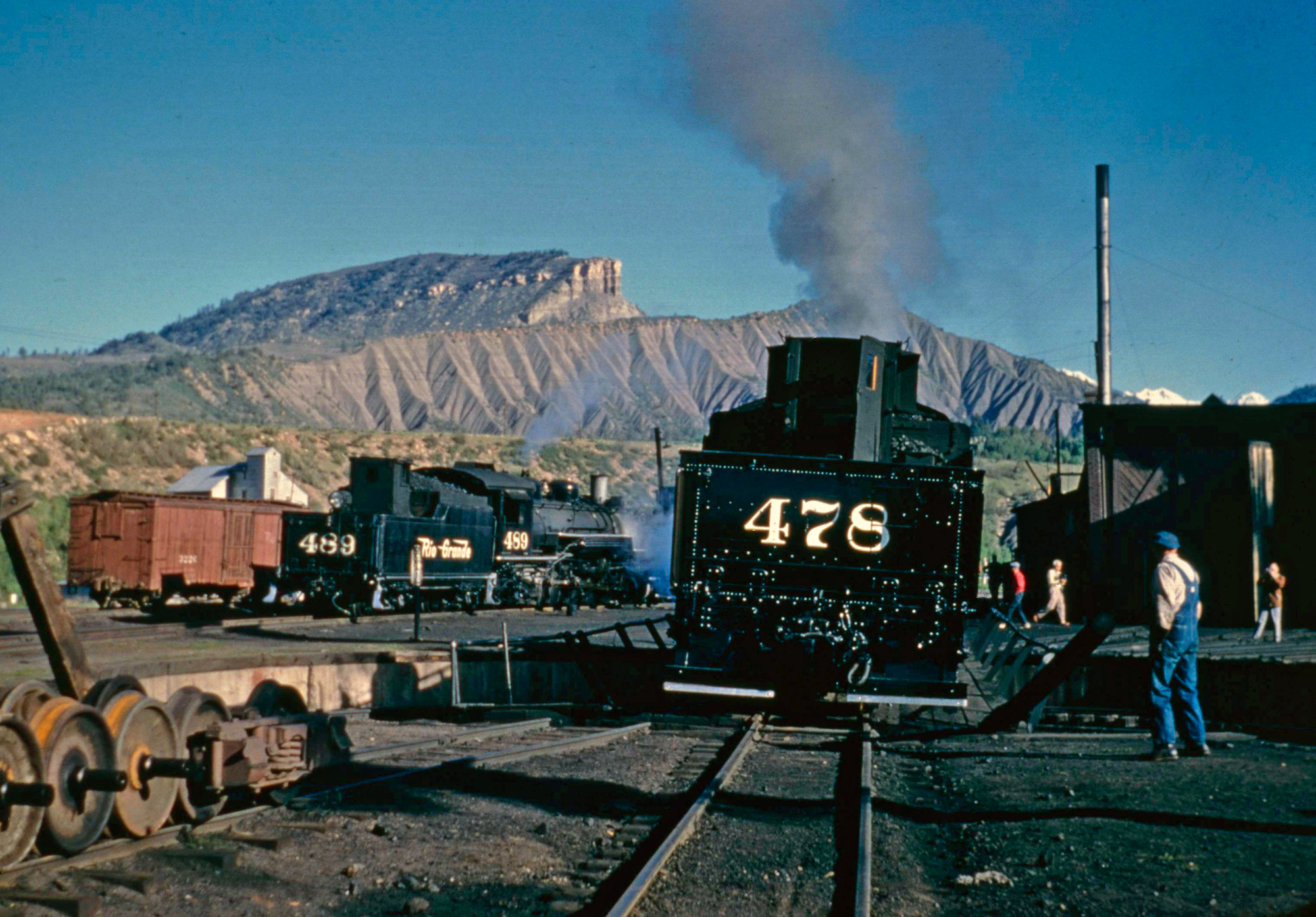 By then the Denver & Rio Grande Western (renamed on August 1, 1921 following reorganization) was needing even more new power  to replace aging 4-6-0s and 2-8-0s.

These latest 2-8-2s offered a slightly better axle loading and additional tractive effort, and their taller drivers (earning them the nickname "Sport Models") meant they could also operate at higher speeds.

Officially, the new K-28's were meant to replace the 4-6-0s in passenger service between Alamosa and Durango, as well as Salida and Gunnison.

The Mikes also carried the last named train to operate on the narrow-gauge network, the San Juan.  As a dual-service locomotive, however, they also found work in normal freight assignments.

Interestingly, most of the K-28's operated for less than twenty years.  Following the United States' entrance into World War II, seven were requisitioned by the U.S. Army during the fall of 1942 for use on Alaska's White Pass & Yukon Railroad due to the threat from Japanese attack (notably the Aleutian Island chain).

The seven Mikes were subsequently renumbered on the WP&Y as 250-256.  Following the war the locomotives were not sent back to the Rio Grande and eventually scrapped in Seattle in 1945.

The three K-28's still on the roster (473, 476, and 478) remained in service but were used only sparingly after the 1950s.  By then, traffic in this region had declined to the point the railroad was seriously considering outright abandonment. 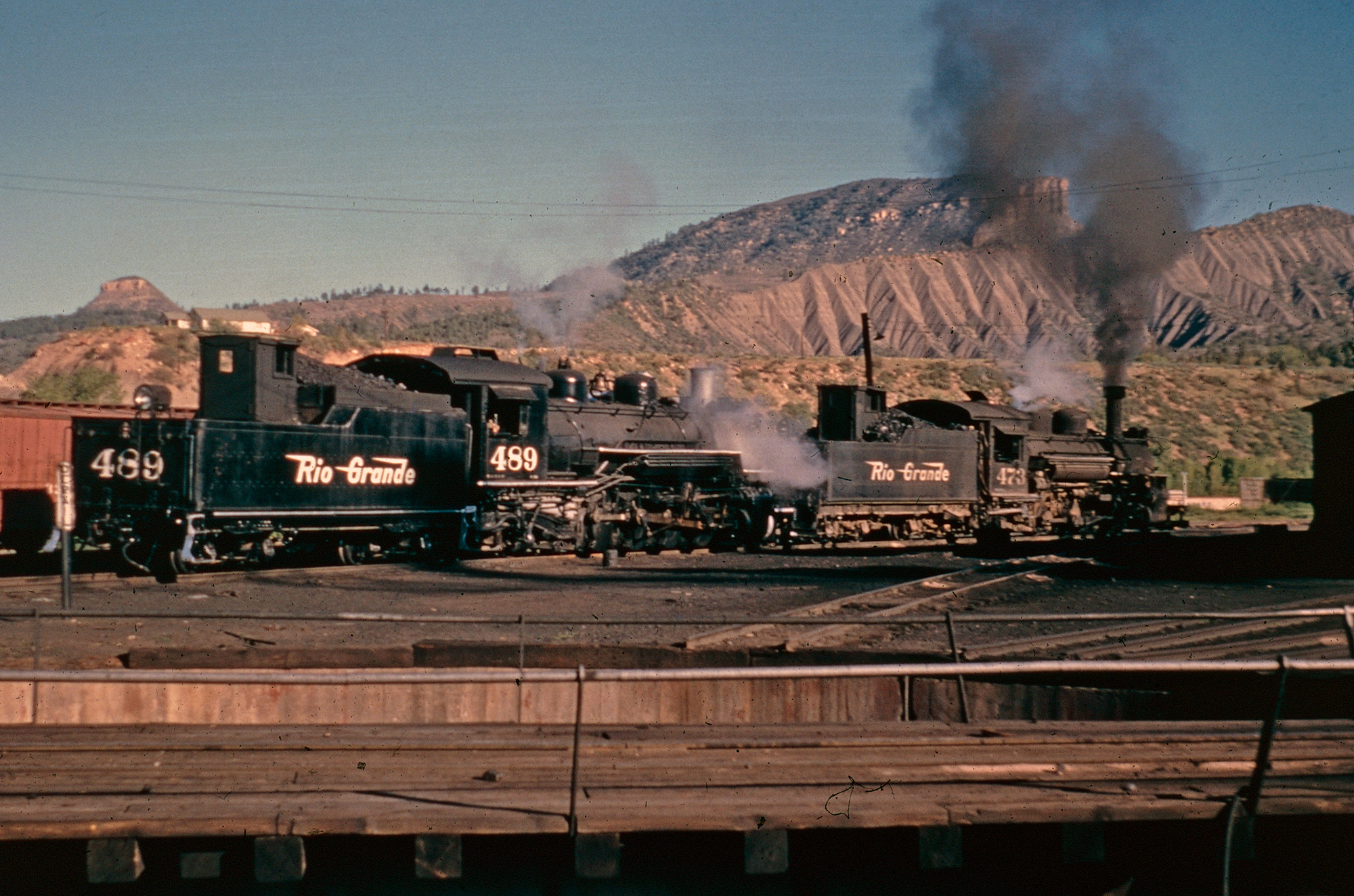 As Rio Grande's second-oldest fleet of 2-8-2s, the "Sport Models" were supplanted by newer Mikados as early as 1925 when the railroad picked up ten new K-36's from Baldwin, numbered 480-489.

In 1981 the remaining three Class K-28's were acquired by the Durango & Silverton Narrow Gauge, which turned a section of the narrow-gauge operations around Durango, Colorado into one of the most popular tourist railroads in the country.  Currently, #473 and #476 are operational while #478 is out of service.