The Majesty Of Big Steam

For more than a century steam locomotives dominated the American landscape as the preeminent motive power to move passengers and freight across the country.

However, it was only during their final four decades of service did these iron horses grow to massive proportions with some of the most interesting and fascinating wheel arrangements ever produced.

The book is more than 170 pages in length featuring both excellent photography and detailed information covering several models. 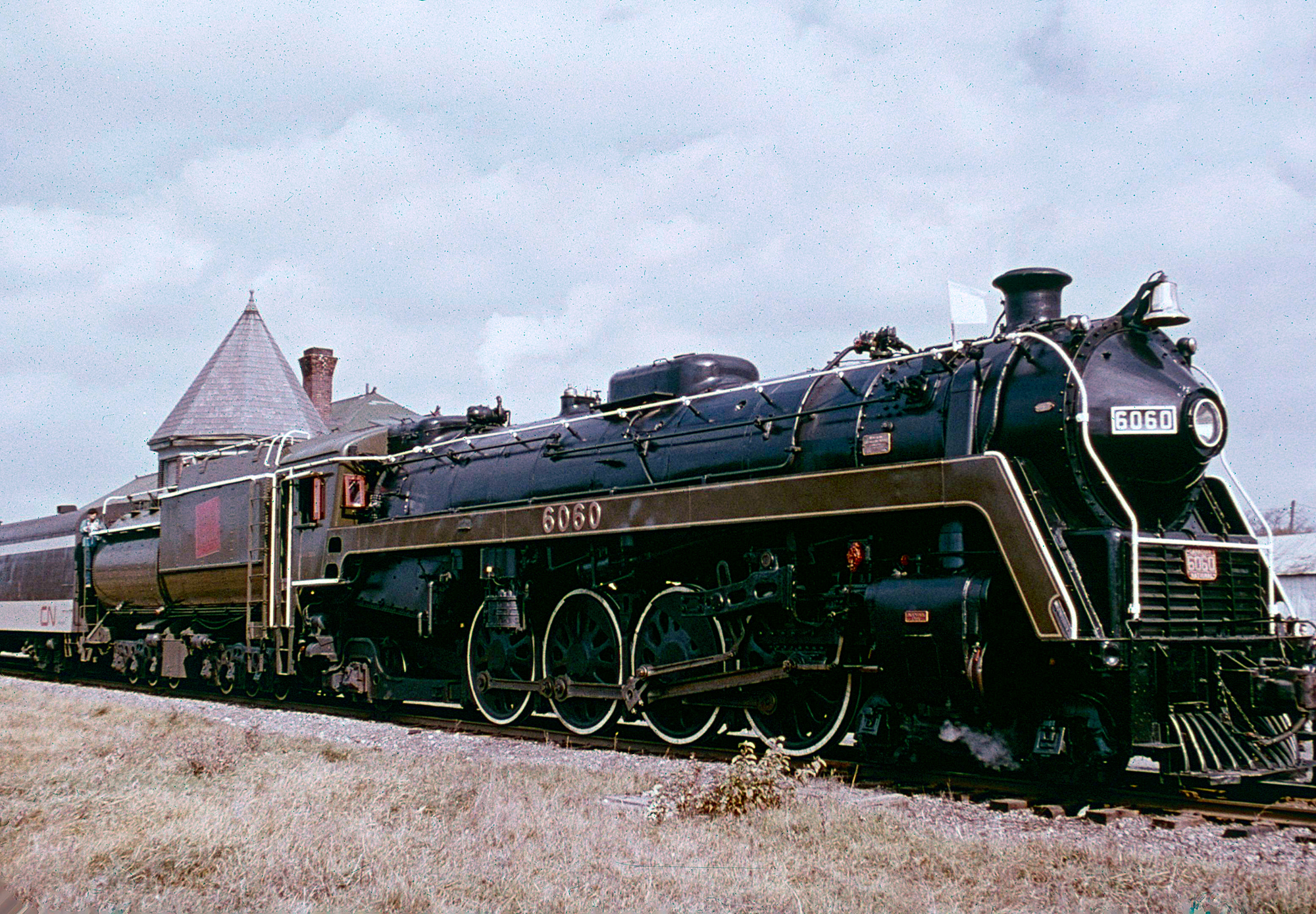 The concept of large, powerful steam locomotives can be traced back to the late 19th century.

One of the first and most famous visionaries was Anatole Mallet from Switzerland who conceived an articulated design that featured two engines under a mammoth boiler.

While its use of compound steam never truly caught on with many American railroads (the first to operate a Mallet was Baltimore & Ohio in 1904, 0-6-6-0 #2400, "Old Maude") the locomotive's basic concept was refined and improved using "simple" steam expansion with new designs growing ever larger during the 20th century.

The concept of "Super Power" steam, a term coined by the Lima Locomotive Works, began with the 1925 introduction of the 2-8-4 "Berkshire" class.

"Super Power" described locomotives with a large firebox, a trailing truck of at least four axles (to support the massive firebox), and an enlarged superheater among other improvements.

In Mr. Solomon's The Majesty Of Big Steam, locomotives such as those mentioned above are described in complete detail with a wonderful collection of photographs for illustration.

The book is broken down into five chapters entitled Big Steam, Six-Coupled: Pacifics And Hudsons, Eight-Coupled Engines, Ten-Coupled Steam Power, and Titans Of The Rails.

Essentially, the book follows a chronology of steam's development as it applies to the larger wheel arrangements.

Since the book focuses on this subject there is not a great deal of time devoted to the locomotive's storied history during the industry's early days.

Advances to boiler design and the introduction of the four-wheel radial trailing truck introduced a whole new breed of locomotives capable of supplying large volumes of steam over sustained periods, and this changed the ways that railroads bought and assigned mainline motive power."

As Mr. Solomon notes, the 1930s was the last great decade of locomotive's advancement.

During this time further mechanical and operational improvements were made such as roller-bearings and counterbalancing to reduce wear, while ever larger boilers increased horsepower and tonnage ratings.

In addition, there was the incredible machines built by the Norfolk & Western.  Arguably, this coal-hauling juggernaut built better locomotives than the "Big Three" manufacturers with such models as the 4-8-4 J's, 2-6-6-4 A's, and 2-8-8-2 Y's.

While the book does not touch on the subject there were several railroads such as the N&W, Milwaukee Road, Illinois Central, Pennsylvania, and others that were quite skilled in the area of steam technology, producing their very own locomotives (such as the Pennsy's "Duplex Drive" locomotives, mentioned in the book).

However, as advancements and refinements improved wheel arrangements became specialized.  For instance, the 4-6-2 "Pacific" developed into the quintessential passenger locomotive handling daily assignments while the 2-8-2 "Mikado" and 4-8-2 "Mountain" could often be found powering freight trains.

As larger models were unveiled in the 1930s, largely due to heavier trains, the 4-8-2 and 4-8-4 "Northern" were often assigned to passenger consists while those railroads which purchased or built articulated/Mallet locomotives utilized them in heavy freight service (the 10-drivered locomotive was never terribly popular but designs like the 2-10-2 and 2-10-4 could be found in freight service).

The book's final chapter, Titans Of The Rails, focuses exclusively on the large, articulated locomotives.

While entire books could, and have, been written on each type Mr. Solomon does a fine job of providing a general overview here.

Of the roads which employed these monsters many found the 2-8-8-2 and 4-6-6-4 most practical although there was a varying degree of arrangements.

Perhaps the most fascinating was the "Cab Forward" employed by Southern Pacific.

This design was basically an inverted locomotive and kept smoke clear of train crews traveling through the many snow sheds and tunnels over California's Donner Pass.

If you enjoy big steam, The Majesty Of Big Steam, is a great title to have in your collection.