Electro-Motive's SD7 was essentially the very same thing as a GP7 except that it sported a C-C truck arrangement as opposed to the Geep’s B-B setup (meaning the SD had six axles instead of four).

For EMD, railroads at the time were simply not interested in six-axle locomotives despite their added benefits. Even similar designs being offered by the American Locomotive Company (Alco), Baldwin and Fairbanks Morse all sold poorly.

Still, EMD would continue to offer six-axle variants of popular General Purpose (GP) line until sales finally began to take off with the SD40 of 1966. It is somewhat surprising that despite less than 200 SD7s built a few still remain in regular freight service.

The irony here, of course, is that when these locomotives were cataloged few railroads were interested.  However, overtime their value increased as the industry recognized the efficiency of six-axle power.

As a result, many SD7's, and the later SD9, enjoyed many decades of service; examples officially known to be preserved include Central of Georgia #201 at the Virginia Museum of Transportation and EMD's first SD7, demonstrators #990 at the Illinois Railway Museum. 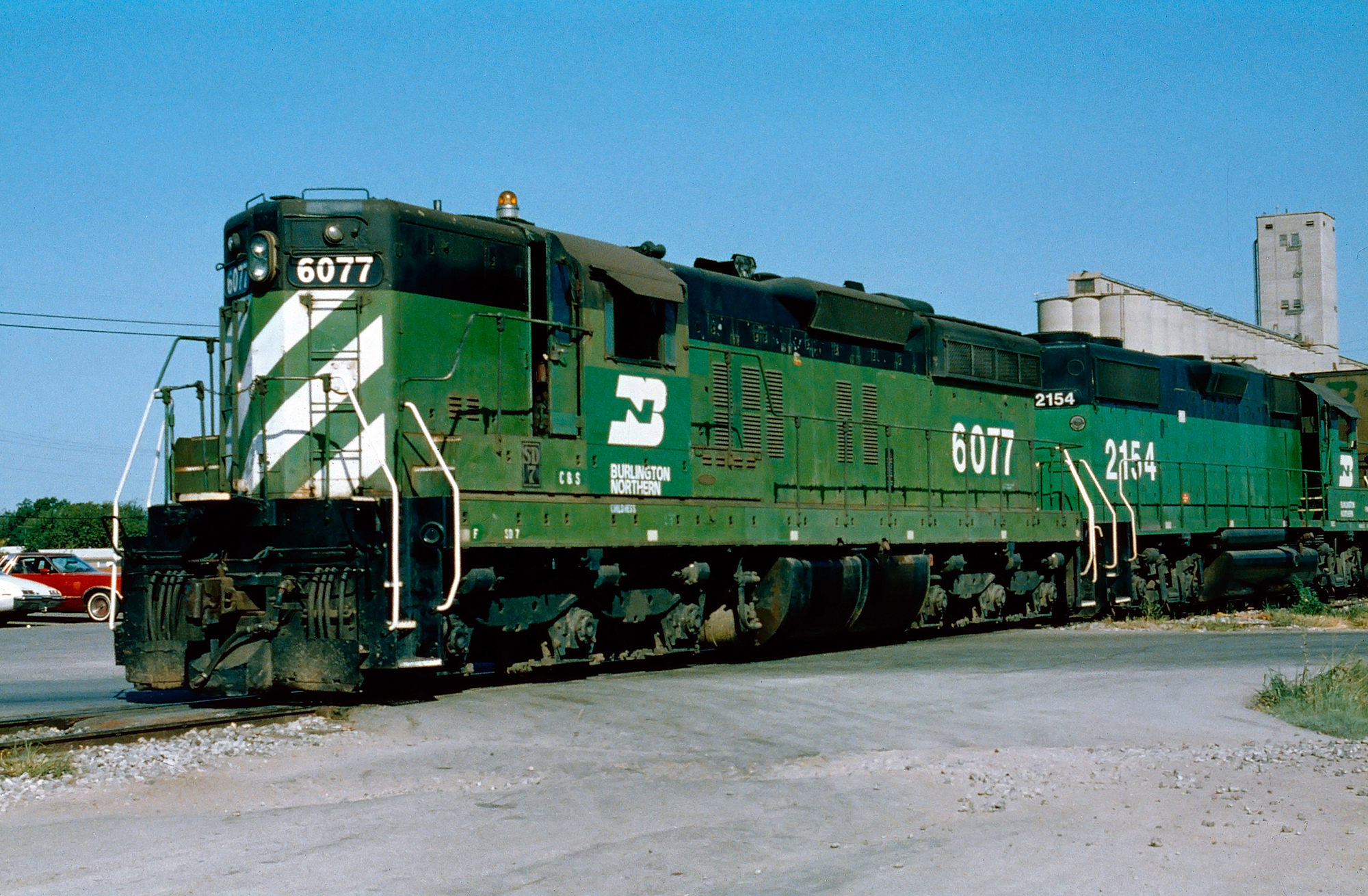 The EMD SD7, which debuted in early 1952 (three years after the release of the GP7) was merely a step up from the GP7 model. It was EMD’s first six-axle (C-C) locomotive and virtually identical to her GP7 sister in every other way.

For instance, the SD7 featured the very same General Motors-built 16-cylinder 567B prime mover and produced the same 1,500 hp.

Its primary purpose was that the extra two axles produced more traction (which allowed the locomotive to handle stiffer grades), allowed for better weight distribution (which was a big plus on light rail and bridges unable to support heavy loads, found on many branch lines) and its Flexicoil trucks allowed for ease of maintenance on its center traction motor.

One additional advantage of the SD7 was that while competitors offered six-axle models based from the same frame of a four-axle, EMD designed its very own frame for the SDs which at 60 feet was about five feet longer than the GP7 (to provide adequate space for the C-C trucks).

The SD7's two additional axles allowed it to produce far more tractive effort than the GP7. Using GM's model D47 traction motor (the GP7 utilized the D27B) the SD7 could produce 75,000 pounds of continuous tractive effort while the GP7 produce roughly half that amount, 40,000 pounds.

Additionally, it offered a starting effort 90,800 pounds compared to the GP7's 65,000 pounds. This also meant that the SD7 could start a train much more quickly than its four-axle counterpart. 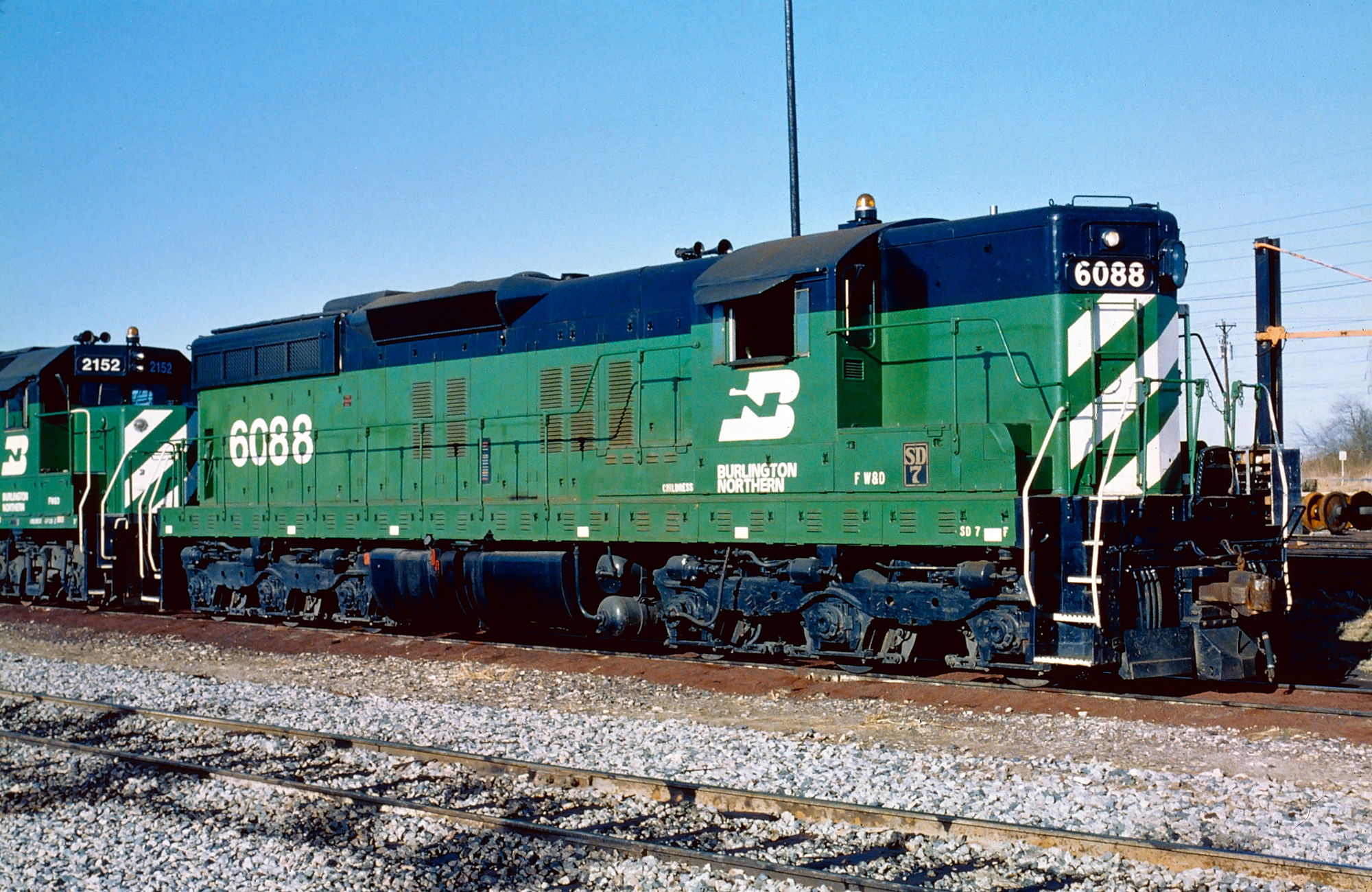 Burlington Northern SD7 #6088, sub-lettered for the Fort Worth & Denver, is seen here in Fort Worth, Texas, circa 1983. Mike Bledsoe photo. American-Rails.com collection.

The SD7, for instance, sold just 188 units, although railroads like the Southern Pacific which had many routes with stiff grades loved the model and used them in regular service for more than four decades. 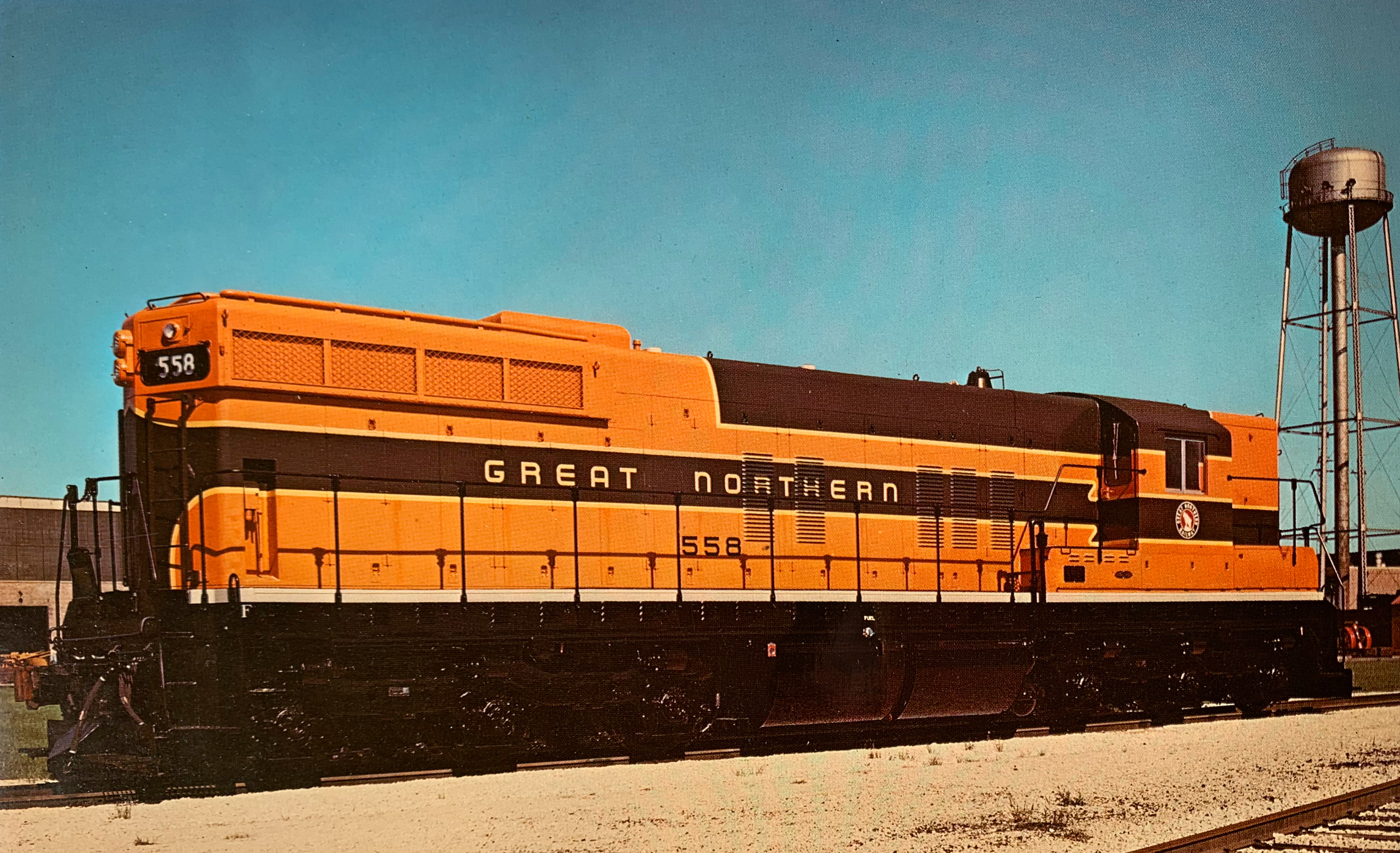 EMD also constructed two demonstrators, #990 and #991 with the former going to SP and the latter to the B&O.

Despite their relative poor sales numbers, several SD7s remain in service on short lines, more than a half-century since they first left EMD's shops in La Grange, Illinois (a true testament to the reliability of EMD's first generation diesels).

Interestingly, SP kept their SD7s in service through the end with the UP merger in 1996.