Utah Railroads In "The Beehive State"

Utah railroads are recognized for their historic role in being the site of the completion of our country's first transcontinental railroad.

This event took place at Promontory on May 10, 1869 between the meeting of the Union Pacific Railroad and Central Pacific Railroad (today the site is home to the Golden Spike National Historic Site).

History aside, Utah's traffic has typically been natural resources like coal and copper although with Union Pacific's main line running through Salt Lake City don't be surprised to see a little bit of everything traveling through the state!

During its height the Beehive State was once home to four Class I railroads although today the state's trackage is mostly under the control of Union Pacific; the rest operated by BNSF Railway and a few short lines like the historic Utah Railway.

Utah is often overlooked as a place where electrified interurbans were once found.  The state was actually home to one of the more successful and well-managed such operations, the Bamberger Railroad.

It was successful it even maintained its own signaling system.  After the family-run business was sold in 1956, new ownership promptly abandoned the line in 1959. 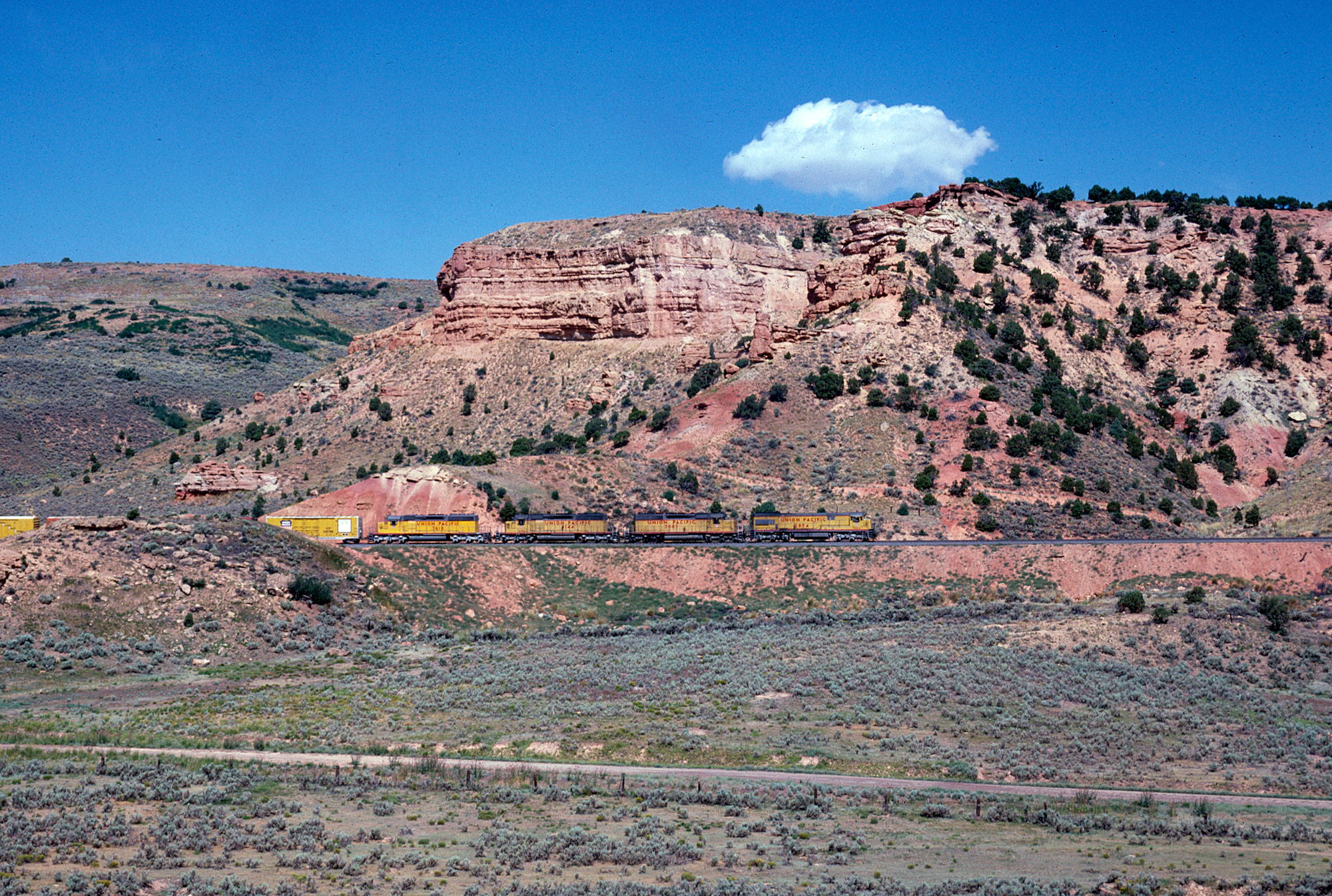 Following the Utah Central other important lines to traverse Utah include the: 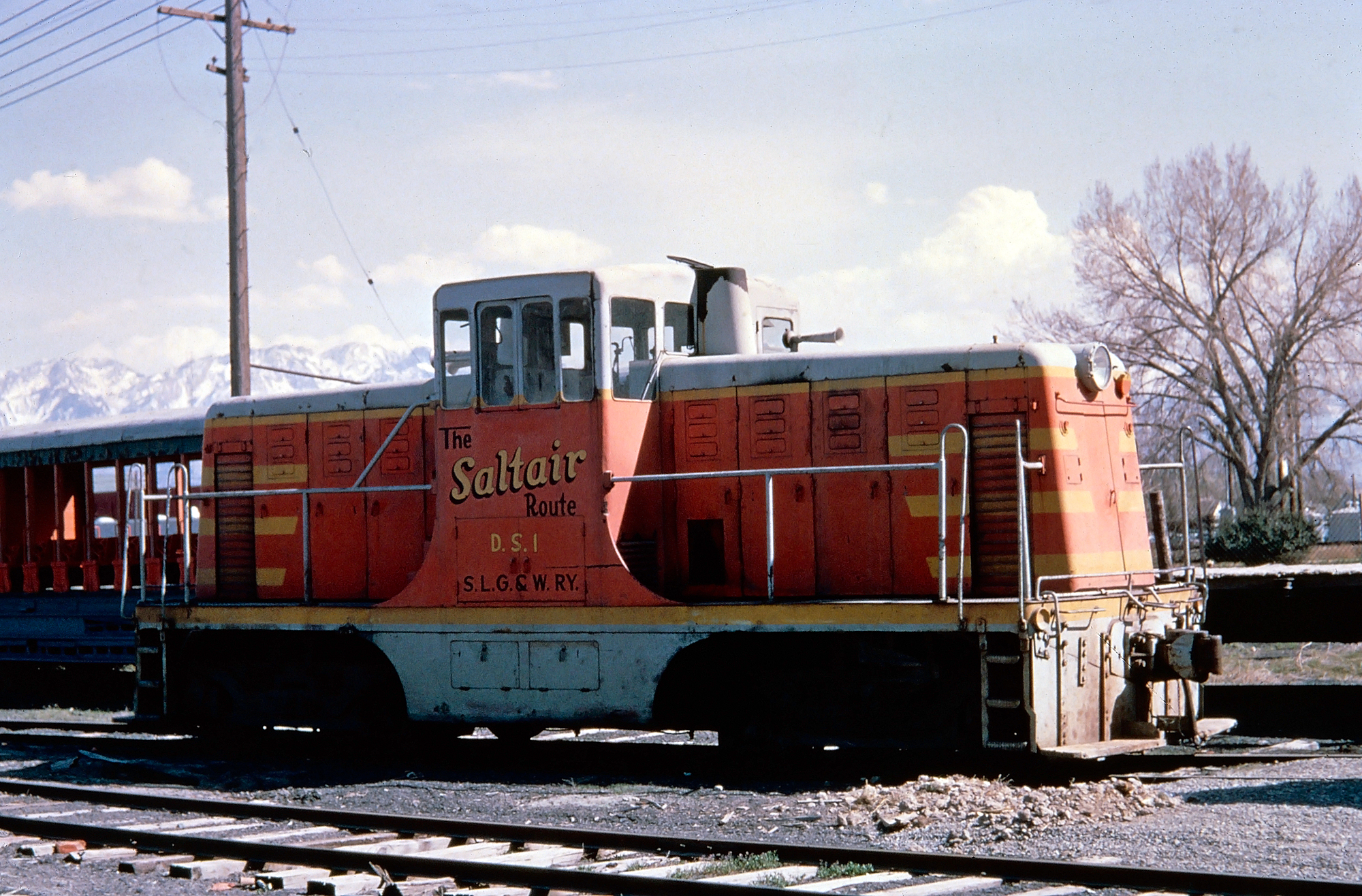 With two main lines along with operating most of the state's trackage today, perhaps the UP is the most-recognized and influential railroad ever to operate in Utah.

The Union Pacific Railroad's original main line (that is still in use today and quite busy) is the Overland Route, which runs between Ogden, Utah; Omaha, Nebraska; and Chicago.

Today's Union Pacific is much different from the system prior to 1980 as it operates as far north as Seattle, as far west as Los Angeles/Long Beach, as far east as Minneapolis, and as far south as Dallas, Brownsville, and New Orleans. 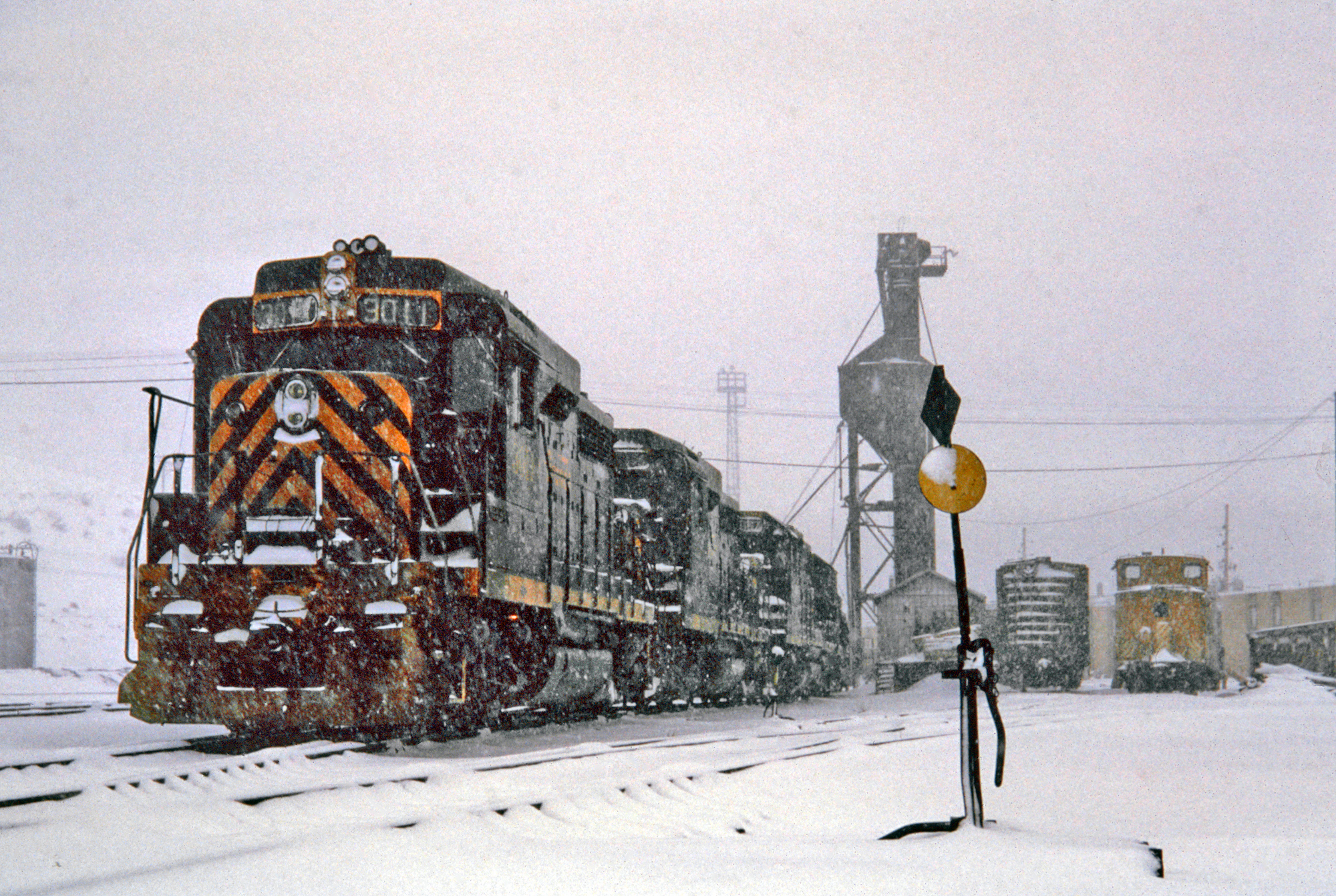 Rio Grande GP30's and other power await their next assignment at Helper, Utah during a heavy snowstorm in the early 1970s. American-Rails.com collection.

While UP dominates the Beehive State one shouldn't forget about the historic Utah Railway.

The railroad is still based in its original headquarters located near Martin, Utah and is nearing its 100 birthday in 2012 having been incorporated in early 1912.

Today it continues to carry on in much of the same way as it was originally intended, hauling coal. For more regarding the Utah Railway please click here.

Along with the Utah Railway and UP, BNSF makes a brief appearance in the Beehive State, operating a single line through the northern half of the state and reaching Salt Lake City. 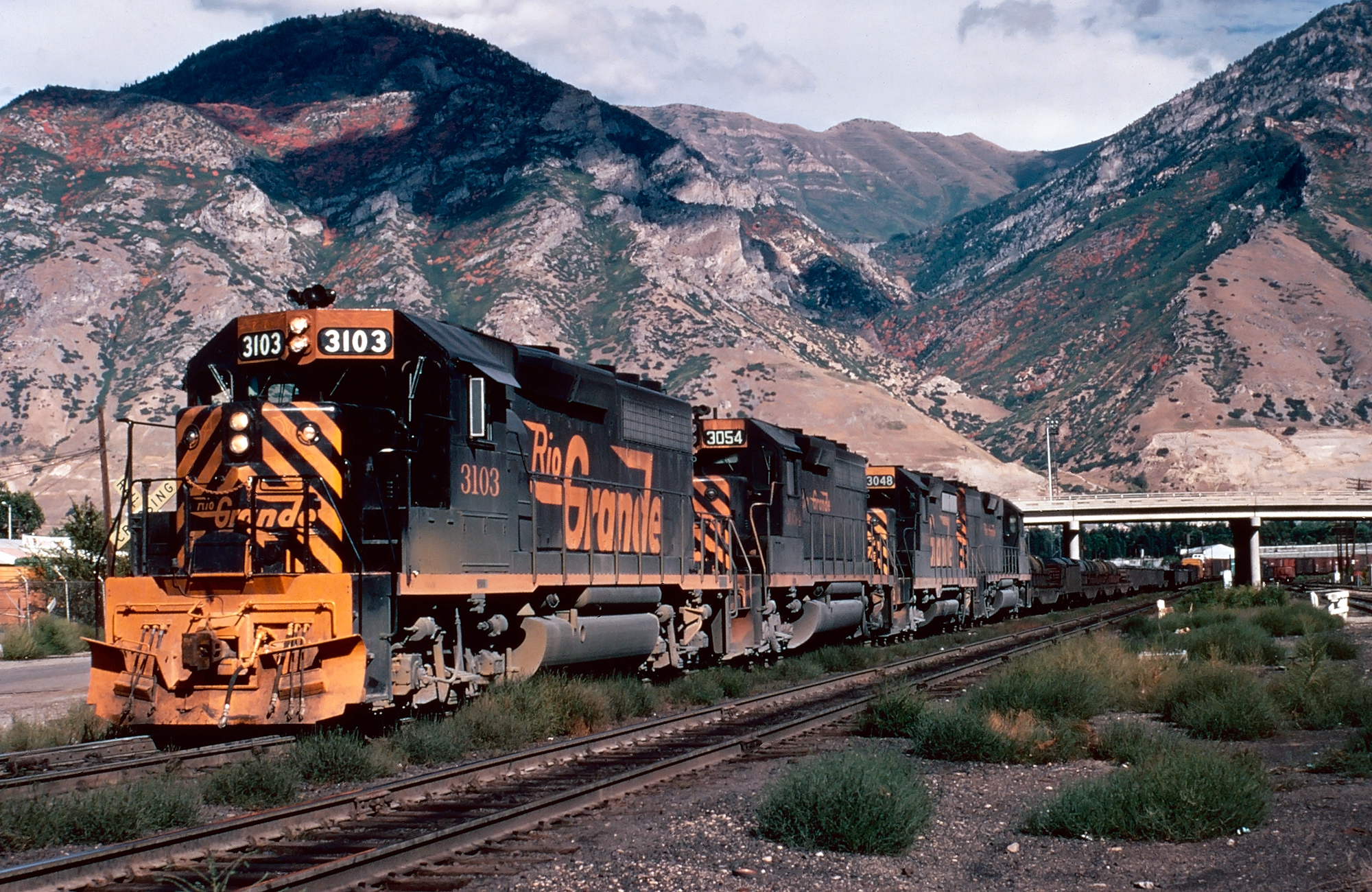 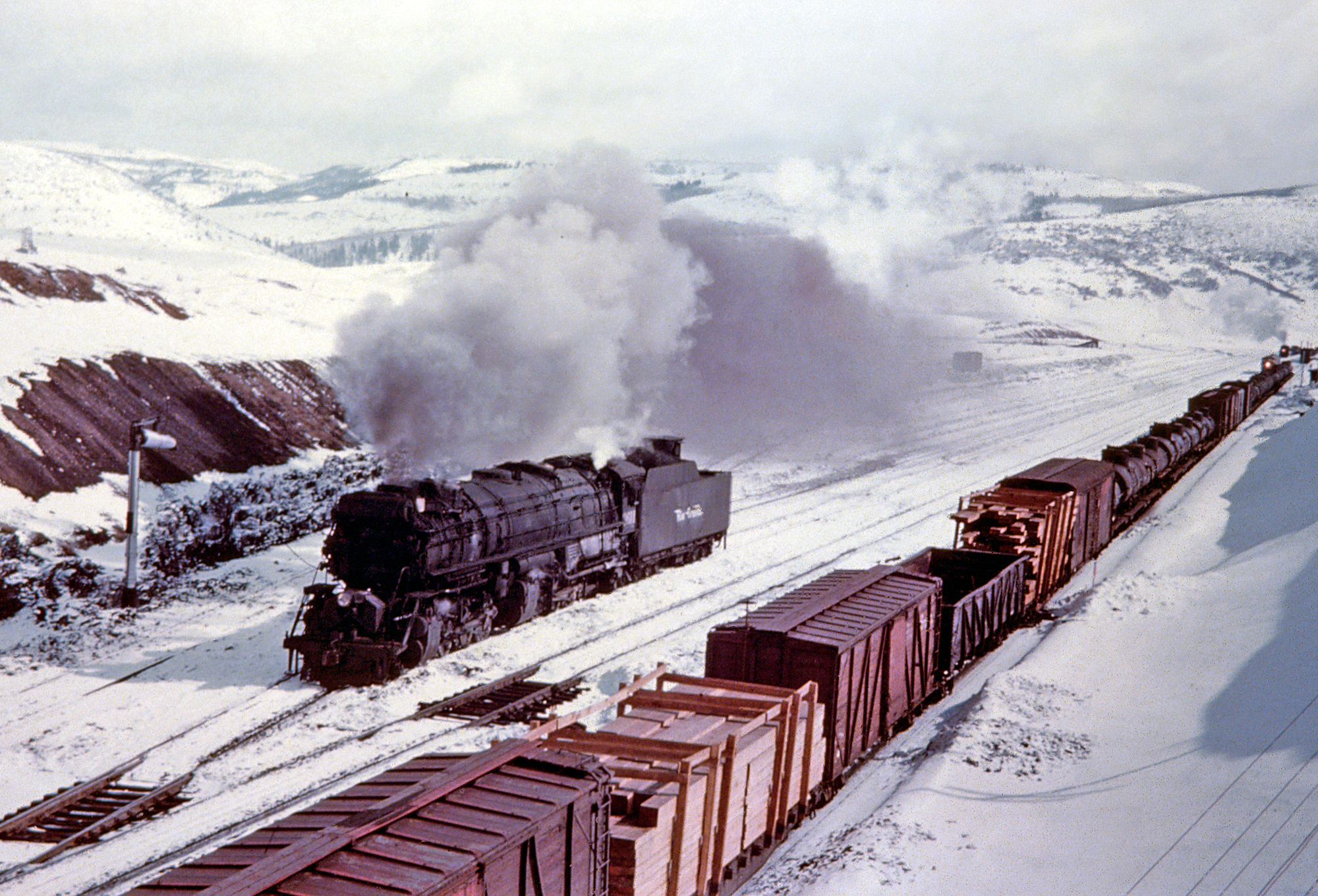 Utah, of course, is best known as being the location of the Transcontinental Railroad's completion.  In time, however, the state hosted many other through lines, important coal branches, and even a successful interurban.

This constitutes the bulk of the 800 miles removed across Utah since the 1920's.  The state was also home to its fair share of narrow-gauge operations (all 3 foot).

Most of these wound up as part of the Denver & Rio Grand Western system, which included the Bingham Canyon & Camp Floyd Railroad, Wasatch & Jordan Valley Railroad, and Utah & Pleasant Valley Railroad.

Finally, be sure and look for the never-used grades during the Transcontinental Railroad's construction.  These would be located west of Ogden and were built by both Union Pacific and Central crews around 1869.

They actually passed one another in the process as the parties could never agree upon a meeting location, partially in an effort to continue obtaining government subsidies.

As the book, "Railroads In The Days Of Steam," notes the government was paying upwards of $96,000 for every new mile the Transcontinental Railroad constructed, which included a 400-foot-wide right-of-way. 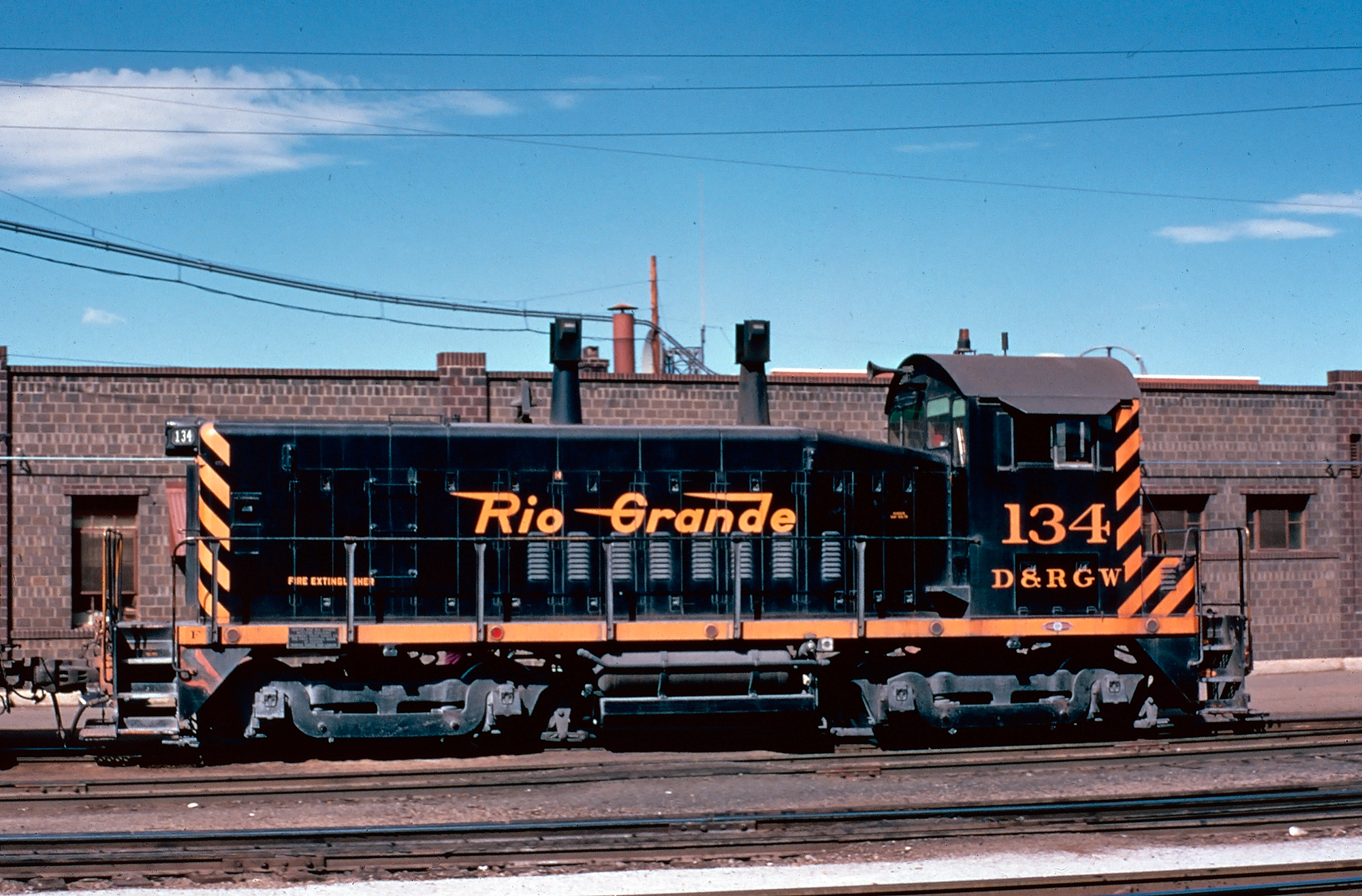 Utah's railroads today operate nearly 1,500 miles of trackage with the state's peak mileage topping out at 2,161 during the 1920s. Because Utah has historically always featured through main line routes with few secondary and branch lines it still retains about 68% of its original rail infrastructure.

For more information on Utah railroads, in terms of route mileage over the years please take a look at the chart below. 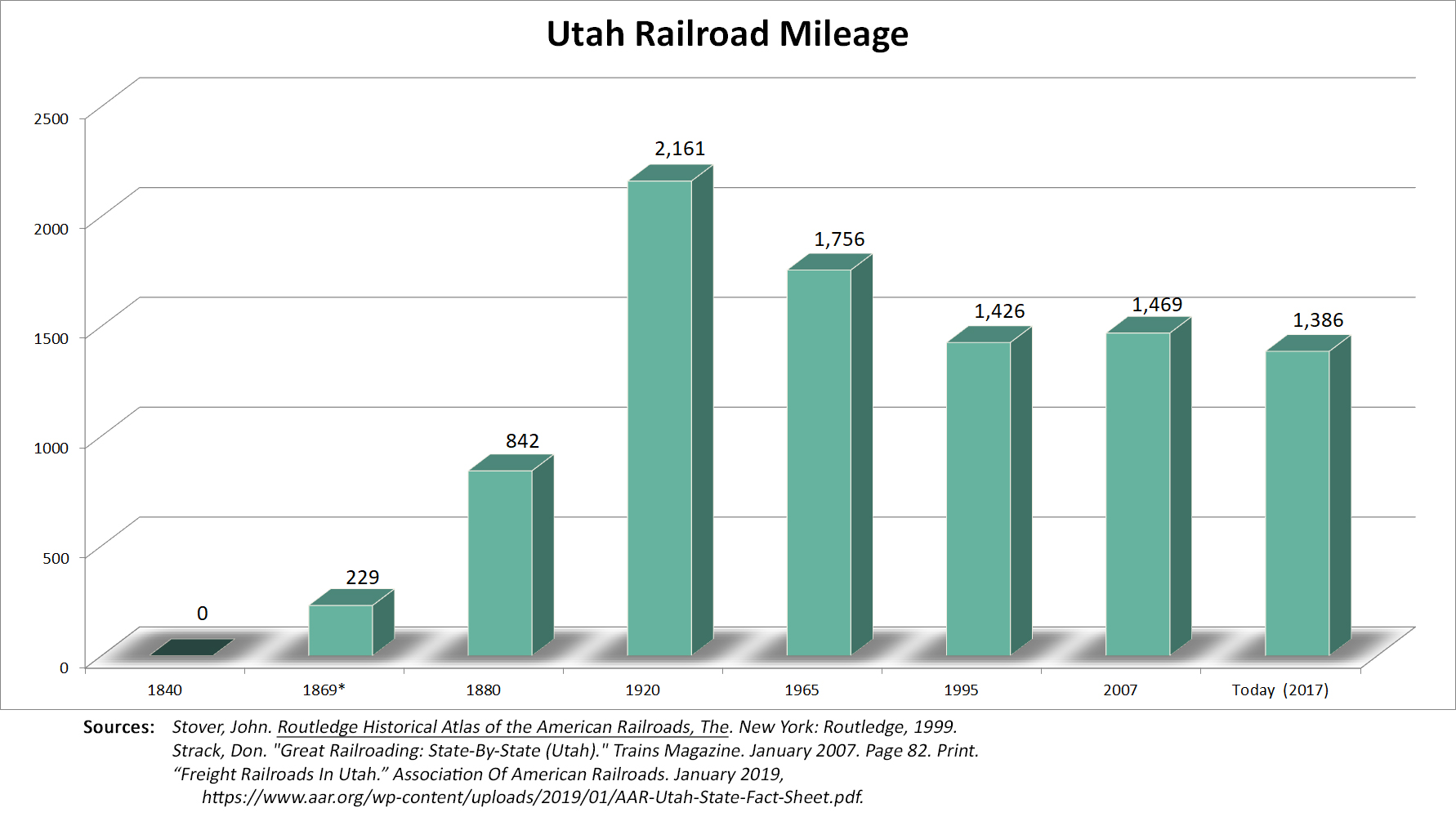 * Utah's first railroads were, of course, Union Pacific and Central Pacific which officially completed the Transcontinental Railroad at Promontory Summit, Utah on May 10, 1869.  To read more about this endeavor please click here.

In the end, UP built 70 miles from the Wyoming border to the meeting point while CP constructed 159 heading easterly from Nevada.

In an ironic twist of fate, UP's section west from Omaha, Nebraska was relatively easy in comparison to CP's crossing of the rugged Sierra-Nevada's.  However, in Utah roles were reversed as it was essentially a straight shot across the desert for CP while UP crews were forced to carve out a right-of-way through the Wasatch Mountains' Echo Canyon.

Utah railroads are also home to the famed California Zephyr as Amtrak has been continuously operating the train over much of its original route dating back to the days of the CZ's ownership under the D&RGW, CB&Q and Western Pacific. 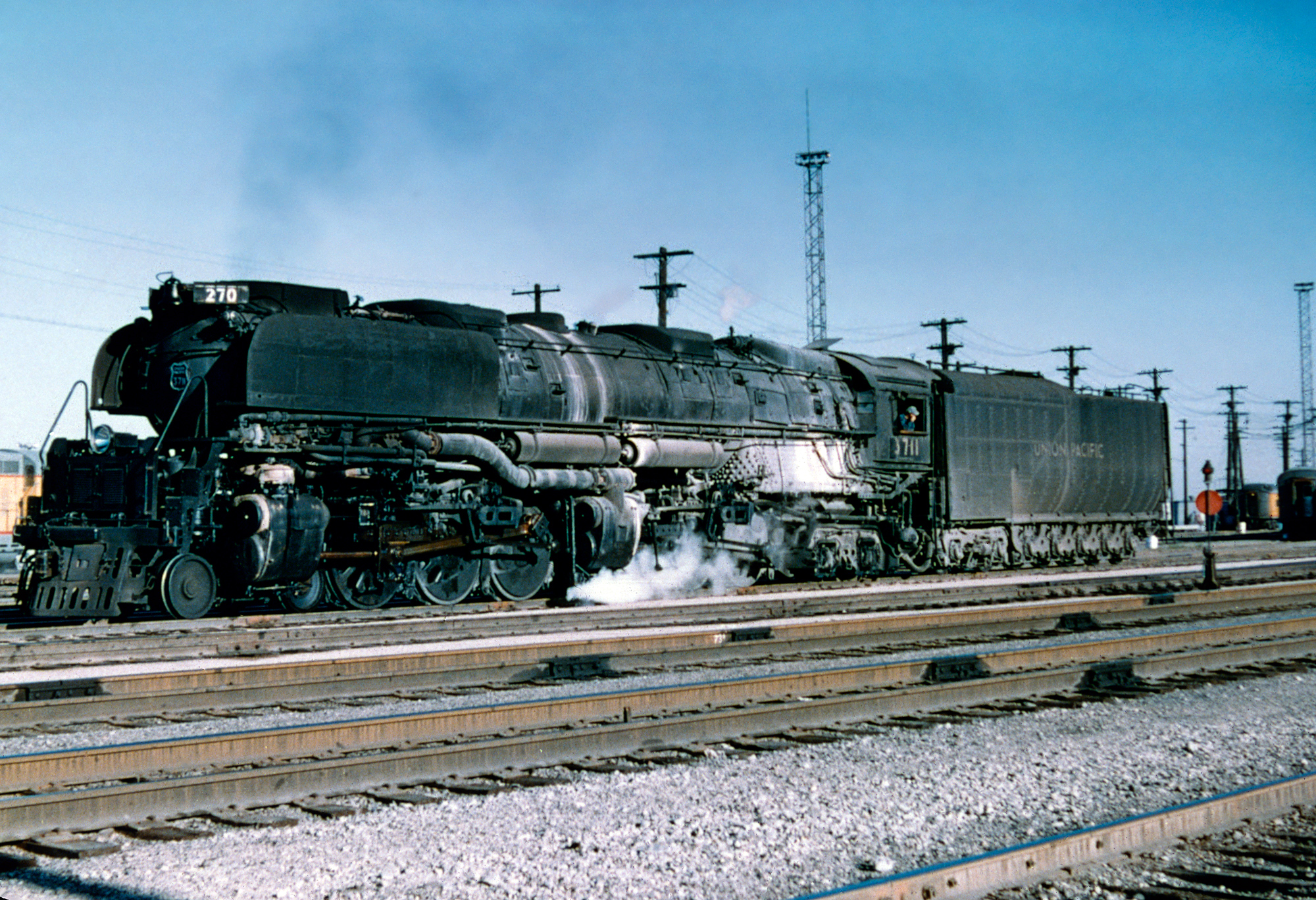 And, Utah is now home to the highly anticipated Frontrunner commuter rail system operating between Salt Lake City, Pleasant View and Ogden, Utah which opened in 2008. 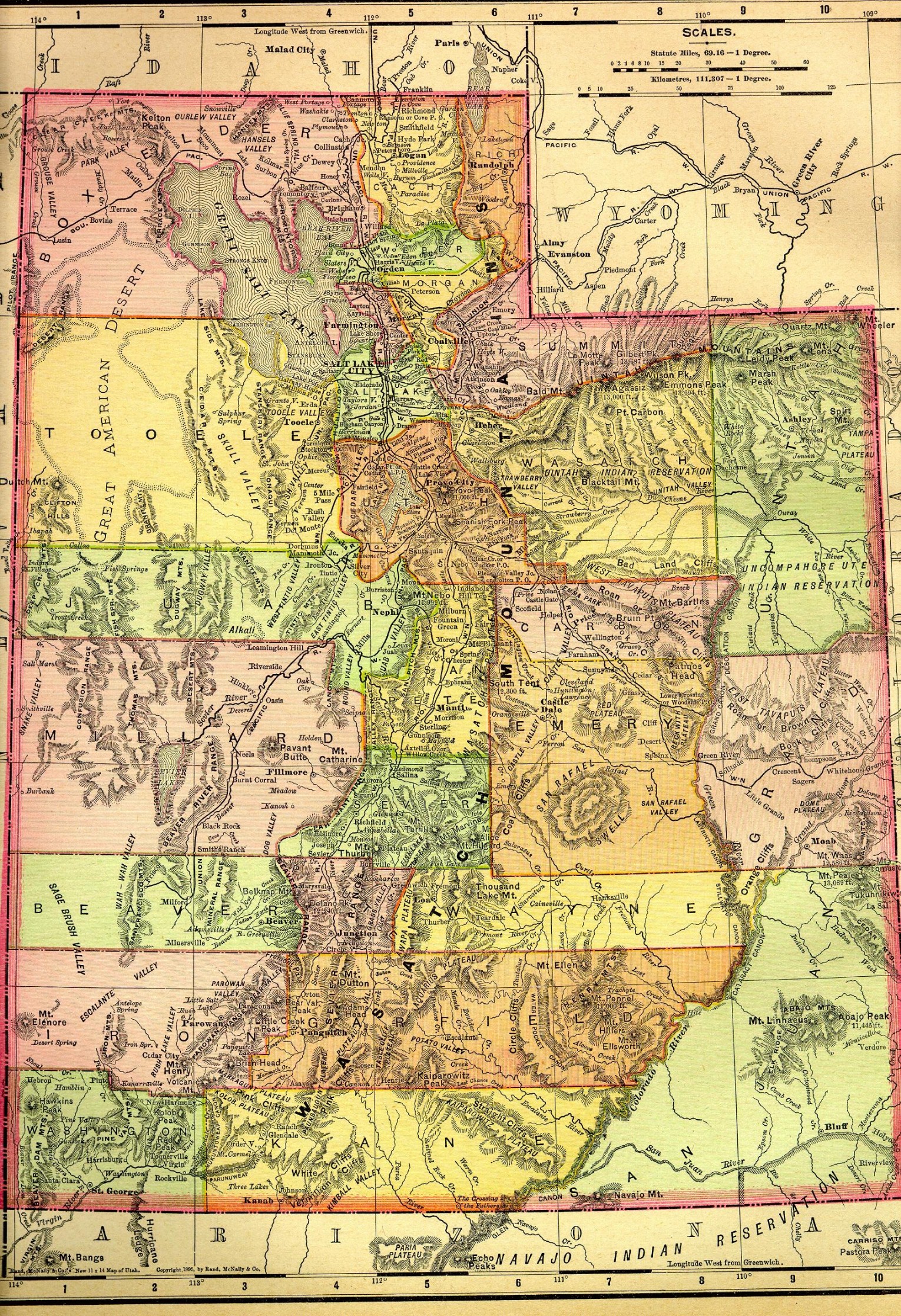 A state map of Utah, circa 1891, showing most rail lines in place at that time.

While the Golden Spike National Historic Site is likely the most well known railroad museum in Utah other interesting sites include the Heber Valley Historic Railroad, which operates a historic Baldwin steam locomotive and runs over ex-Denver, Rio Grande & Western Railroad trackage (the Heber Branch) in the beautiful Provo Canyon region. 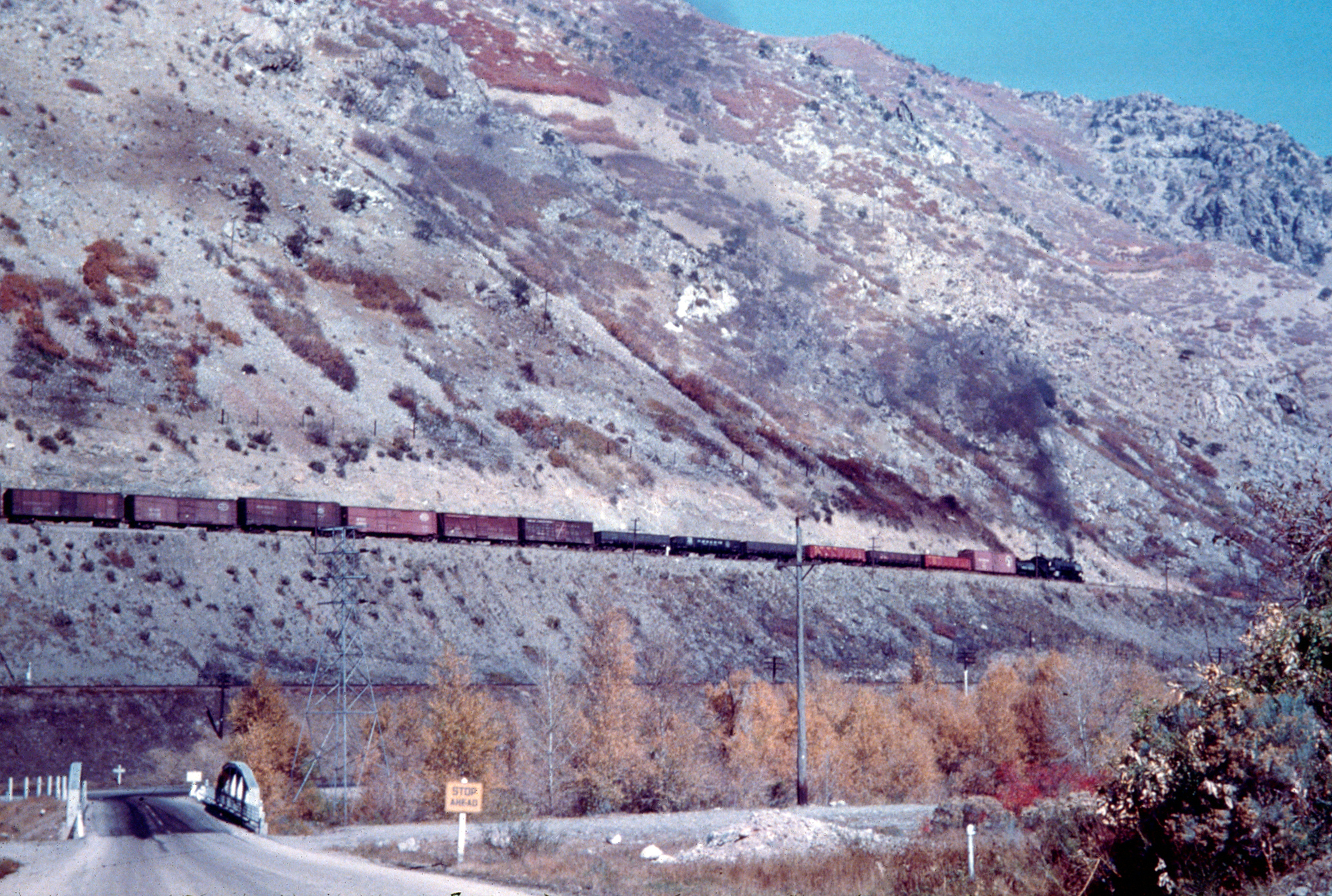 In all, not only is the exquisite natural beauty of Utah alone worth a trip to the Beehive State but also seeing its interesting and unique railroad operations make a visit quite rewarding as well.