The Norfolk & Western's fleet of Class Y 2-8-8-2's included a very large roster of compound Mallets it first put into service in 1912.

The initial variants, essentially experimentals, were not well received and quickly scrapped.  However, later improvements during World War I saw these locomotives blossom into a huge success for the N&W.

The railroad would ultimately roster hundreds upon which it used ahead of heavy freights over the stiff grades west of Roanoke, Virginia although the big articulateds also worked east of the terminal.

Over the years they were upgraded and overhauled with many remaining in service until the very end of steam on the N&W, in 1960!

Interestingly, when Wick Moorman was president and CEO of Norfolk Southern the railroad paid homage to its heritage by featuring some photo ops of #2156 along the old N&W main line. 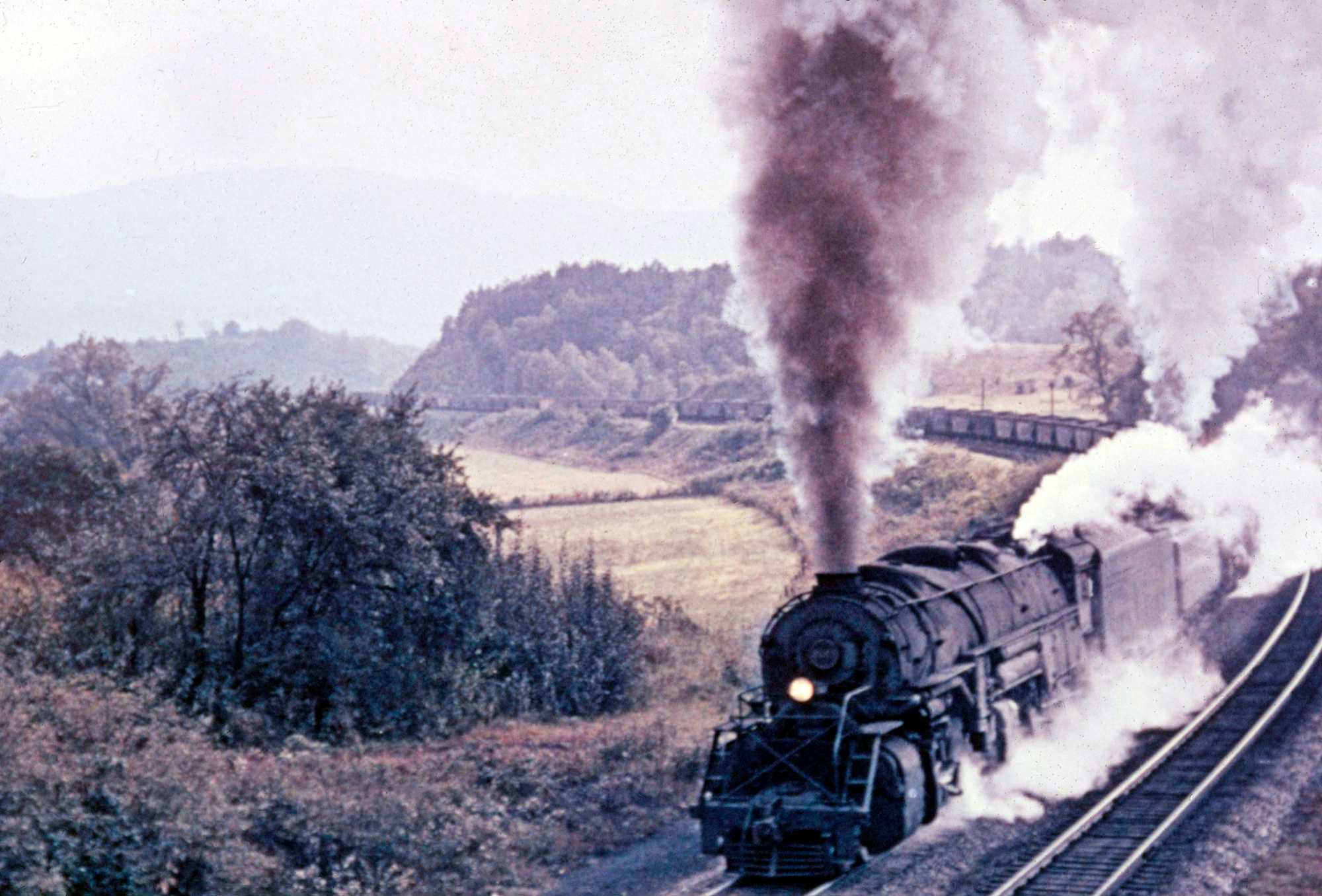 The Class Y's were an outgrowth of Norfolk & Western's first successful articulated Mallets, the 2-6-6-2 Class Z's.   The 2-8-8-2's first entered service on the railroad in 1912 when it was experimenting with the new concept of compound Mallets.

This design was all the rage after the B&O successfully demonstrated its awesome tractive effort in slow drag service in 1904 by testing 0-6-6-0 #2400, "Old Maude."  The first five were numbered 995-999 and given Class Y-1, products of the Baldwin Locomotive Works.

However, unproven and lacking any previous historical study these initial 2-8-8-2's (sometimes referred to as the "Chesapeake" type, which was used by the Chesapeake & Ohio Railway although it was first tested on the Southern Pacific and referred to there as the Mallet Consolidation) were mechanically problematic and not well received by the N&W.  They were all scrapped by 1924.

Shortly thereafter the railroad tested Chesapeake & Ohio's successful 2-6-6-2's and was very impressed with their abilities; by 1918 it had rostered a large fleet (nearly 200) based from the C&O's design.

Learning a great deal about the compound Mallet design the N&W went back to the 2-8-8-2 wheel arrangement in 1918; some it built itself while others came from Baldwin.  These examples were given Class Y-2 and numbered 1700-1730.

These variants proved the largest single class of 2-8-8-2's the N&W ever rostered with eighty (2000-2079) in service by 1923; the first 50 were manufactured to USRA's standard heavy 2-8-8-2 design while 30 others (Class Y-3a) were built in 1923.  Most of these locomotives were manufactured by Alco's Richmond or Schenectady works while Baldwin produced five. 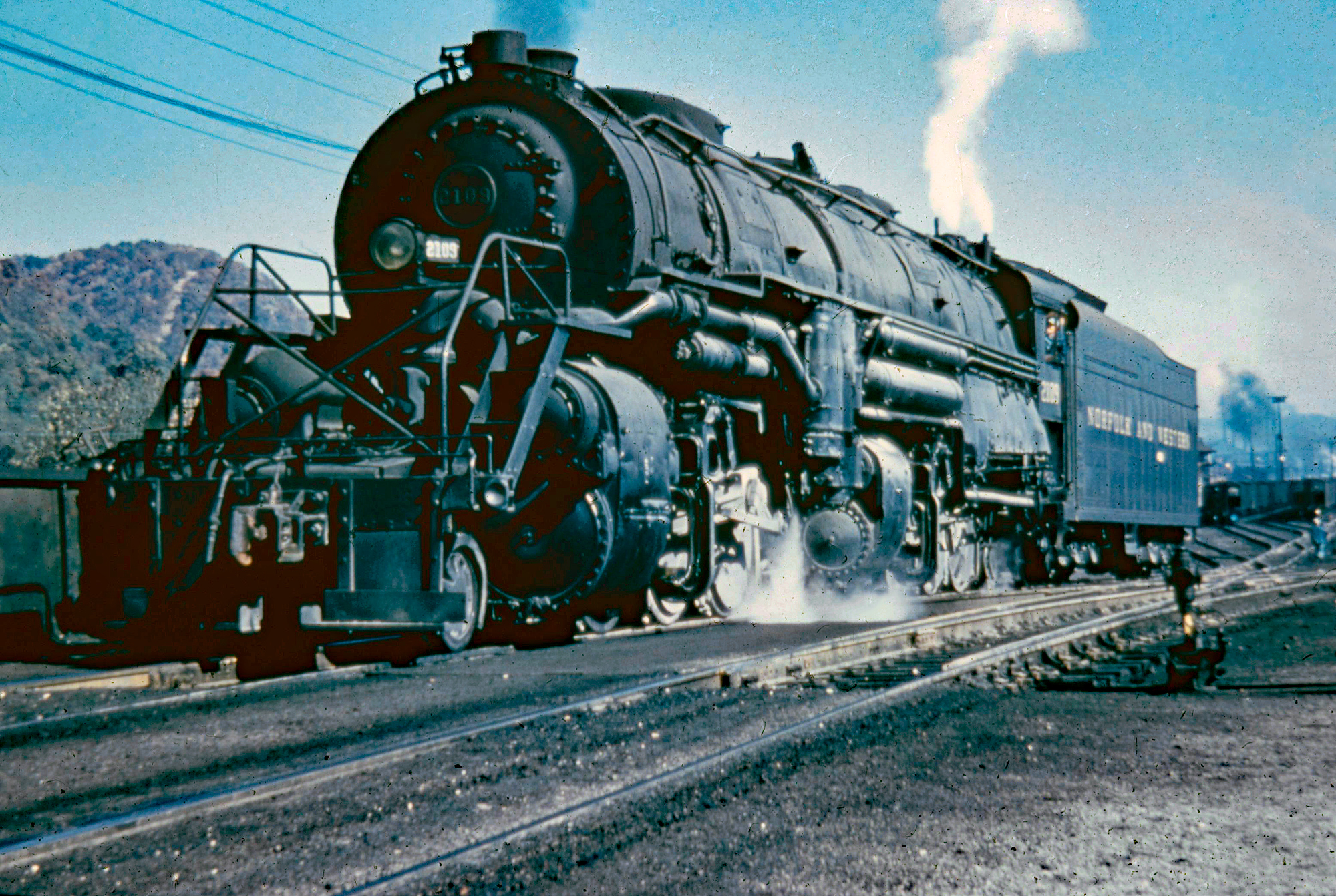 The Y-3's were similar to the Y-2's but were somewhat heavier and offered slightly more tractive effort (around 114,000 pounds) with 57-inch drivers (found on all future variants).

They were the workhorse of freight operations and many, even the earlier classes (except the Y-1's), could still be found in service during the postwar years while the newer variants survived until the final days of steam.

The railroad liked the wheel arrangement so much it was still building 2-8-8-2's into the early 1950s!

From an historical perspective they were the last commercially-built steam locomotives N&W ever purchased (all future locomotives were built in-house at the famous Roanoke Shops) and some of the last produced at that plant before it closed in September of 1927.

The Y-5's were not based from USRA recommendations signaling just how far the N&W had evolved in building high quality steam locomotives.

The final class included the Y-6 and its variants.  The initial batch rolled out of Roanoke between 1936 and 1940; numbered 2120-2154 they were roughly as powerful as the Y-5's.  They differed in their technological advancements including roller bearings on all journals (greatly reducing wear and maintenance) and automatic lubricators on virtually all moving parts. 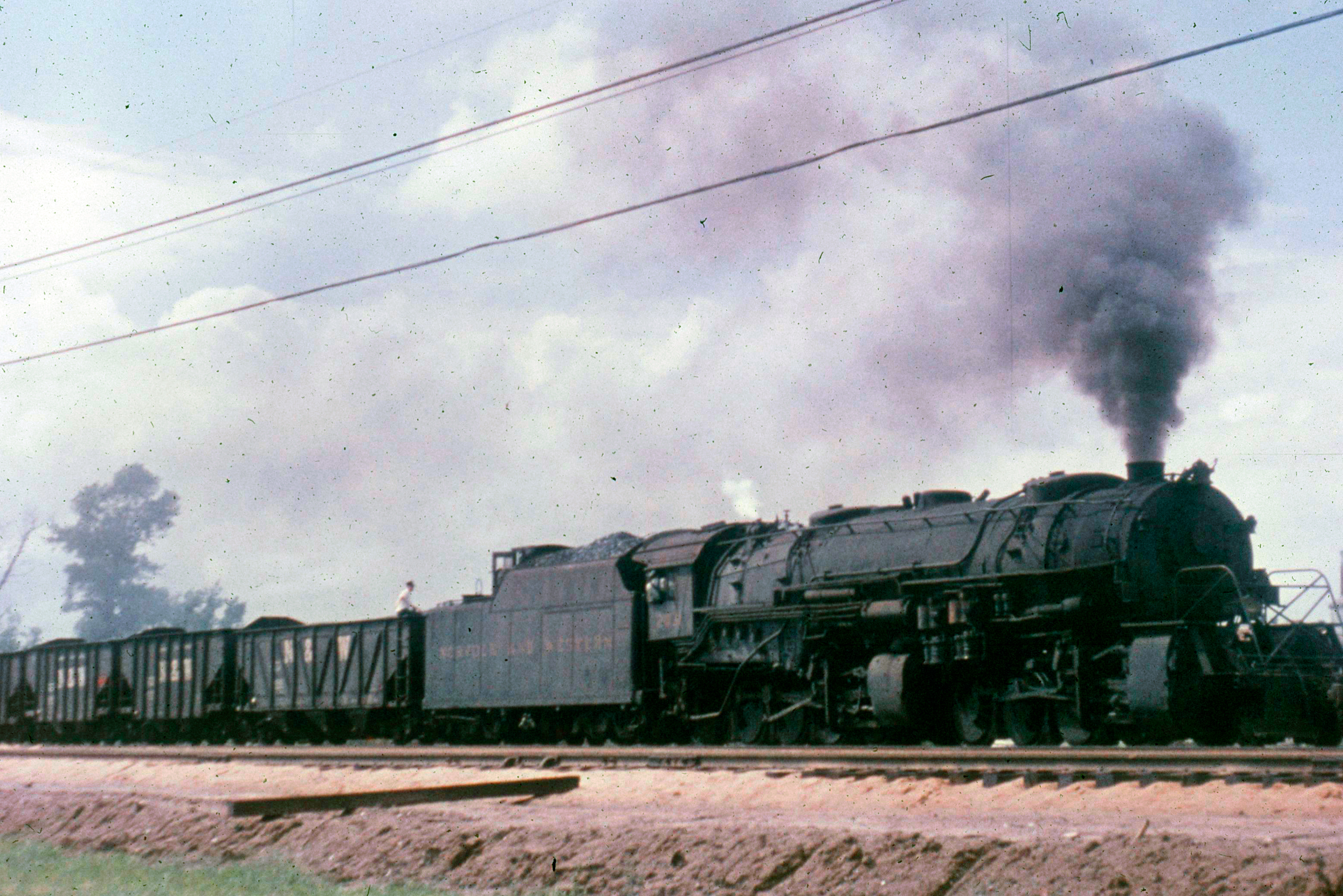 A big Norfolk & Western 2-8-8-2, #2031 (Y-3), switches a string of empty coal hoppers at the massive Lambert's Point Yard in Norfolk, Virginia during the 1950's. The train is adjacent to the Jeff Robertson Park. Dr. S.D. Marty photo. Author's collection.

By World War II the N&W's Roanoke Shops were master steam builders that they claimed their products could best diesels in tonnage-hauled and servicing periods.

This wasn't just an empty statement.  In 1954 the N&W tested an A-B-B-A set of Electro-Motive F7's against Y-6b #2197 and, at the time, wasn't impressed enough with the diesels to place orders.

The railroad used all of its experience and wisdom over the years in developing its compounds to produce a locomotive that could exert 5,500 horsepower; no single-engine diesel was available with such horsepower until the 1990s.  The Y-6b's could be found on freight assignments all across the N&W's system. 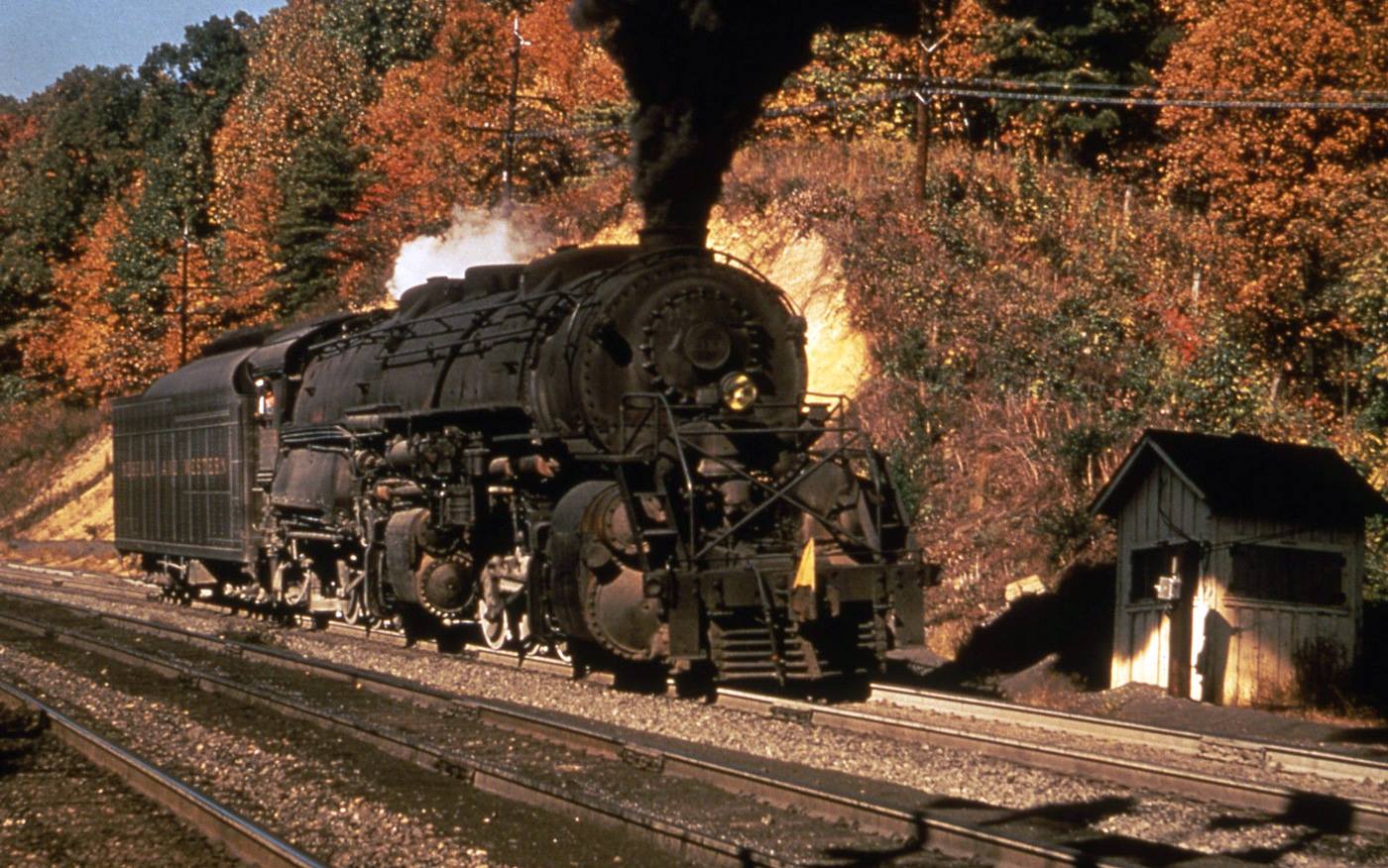 As Mr. Dixon notes the earlier Y-6's and Y-6a's, as well as many of the Y-5's, were overhauled to match similar specifications to the Y-6b's. Interestingly, only one year after the F7 test N&W began placing orders for diesels from Electro-Motive in 1955.

However, it didn't purchase covered wagons and instead wound up with a fleet of 301 GP9's.  It would eventually roster several models from EMD, those of Alco, and a few from General Electric.

Had the secondary steam market for parts and supplies not dwindled away in the postwar era the N&W would likely have continued running steam at least into the 1960s.

The Y-6b's had the honor of closing out N&W's legendary steam era when #2190 departed for the final time from Williamson, West Virginia on May 6, 1960.