If you are interested in Amtrak jobs, the information here provides an overview of the company and how to further your search on this subject.

Hopefully it can provide you a clear path on how to apply for a career at the railroad.  Because of the railroad's unique position within the industry, Amtrak is sometimes forgotten as a major national rail carrier.

However, as the country's national passenger service the company has a large workforce that currently totals more than 20,000 within a wide variety of fields.

These range from the more traditional train crew positions (engineer and conductor) to civil engineering, IT, and various management/corporate level careers.

The history of Amtrak dates back to the early 1970s when the government formed the National Railroad Passenger Corporation to takeover intercity passenger operations from the private sector.

Not only were railroads losing money from continuing to provide these services but many were having difficulty avoiding bankruptcy, which led to the creation of Amtrak.

The railroad industry has always offered excellent pay and benefits; train crewmen at Amtrak (conductor) typically start out in the $50,000's for while an engineer can make considerably more, into the $100,000's after one has worked for several years. 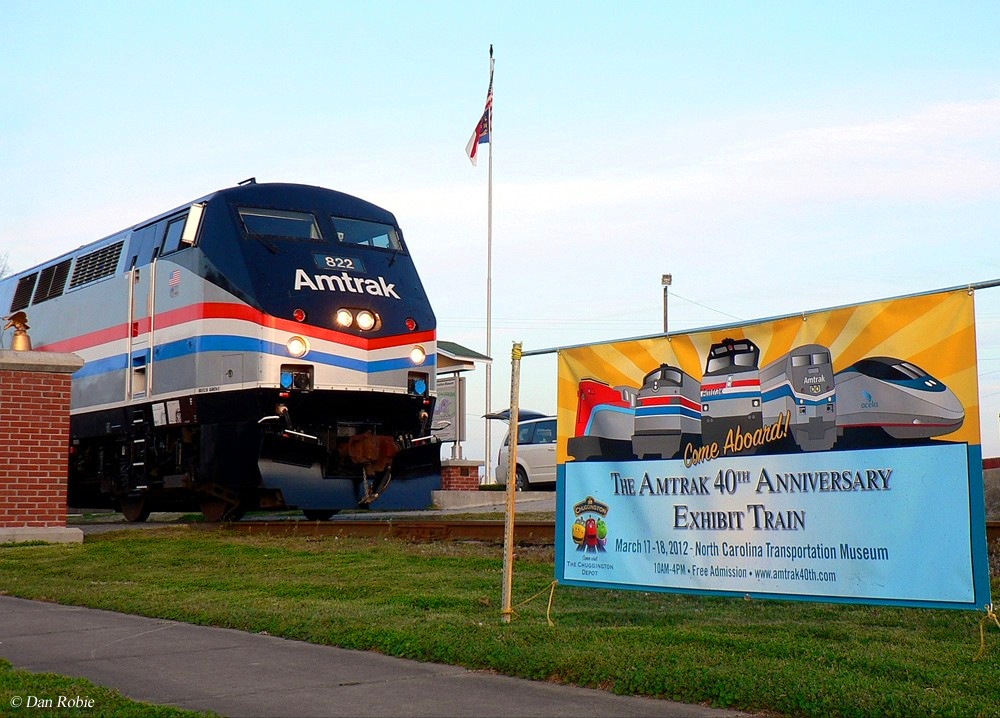 To provide a very brief history of Amtrak, the National Railroad Passenger Corporation was a quasi-government entity formed after Congress passed the Rail Passenger Service Act in 1970, which was subsequently signed into law by President Richard Nixon.

The 1960s and 1970s were a dark era for the railroad industry.  The public was abandoning trains for the convenience of cars while airlines allowed for much faster intercity travel.

In addition, freight was lost to a growing trucking industry aided by the new Interstate highway system while railroads were stymied to increase their rates due to suffocating government regulations.

The problem was magnified in the eastern United States where freight hauls were shorter between major markets/cities, which meant revenue per car was lower.

This issue, and a complex assortment of others, led to numerous bankruptcies in the Northeast, none more glaring than the massive Penn Central collapse in 1970.

With passenger service on the verge of collapse, the government created Amtrak, originally designed as a stop-gap although the carrier has persisted throughout the years thanks to a public which has insisted it remain.

Since its creation Amtrak has attempted to provide top quality service although lack of annual funding has made that difficult.

Despite these setbacks travelers usually report that their trip was enjoyable and the staff very friendly.

Amtrak is unique within the railroad industry as it owns almost none of the trackage it operates (outside of the Northeast) despite the fact that its trains can be found from coast to coast serving most states.

Instead, the railroad has a longstanding agreement in place to utilize private freight rail lines, which often results in delays and in some cases disagreements with the owning Class I's. 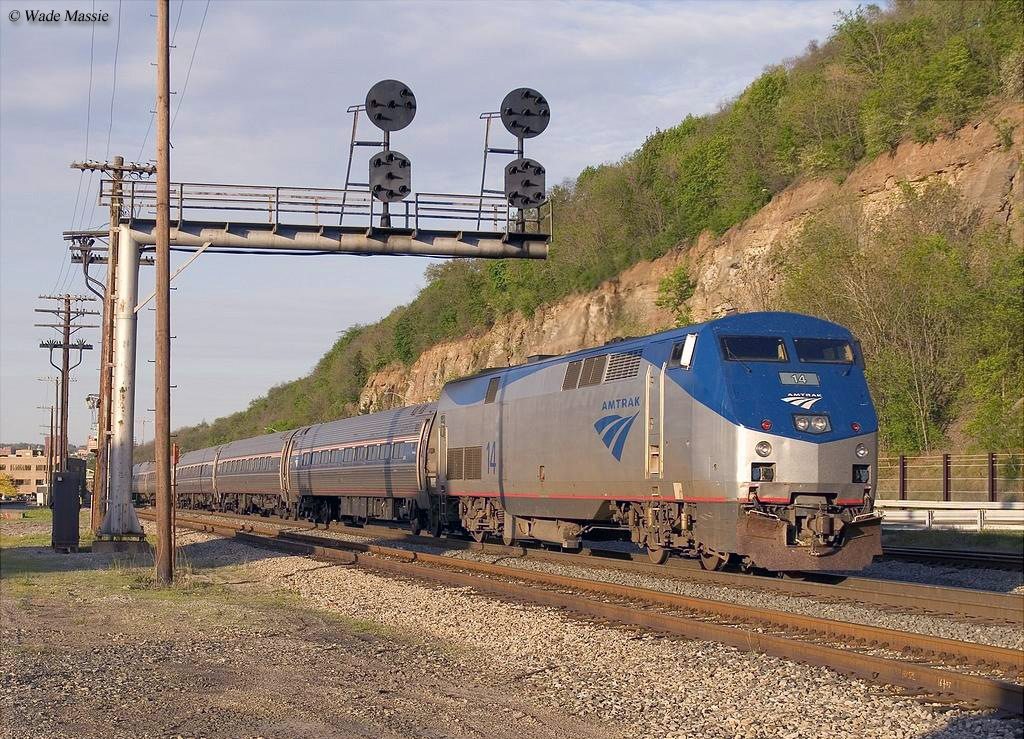 After all of these years there remains a fine, tenuous line with Class I's allowing Amtrak to continue using their tracks. For a greater understanding and history of Amtrak please click here to learn more about the carrier.

In some cases, states have stepped in to provide funding for better regional services within their borders with Amtrak is usually designated as operator.

Most notable in this regard is California and North Carolina, which have spent millions to offer top level service between major metropolitan locations.

Other states include Maryland, Washington, Vermont, Florida, and Tennessee which have launched various types of localized commuter services within populated areas.

Despite Amtrak's funding issues a career with the company can be a very rewarding experience with jobs in a wide range of fields depending on what your skills or interests may be.  Covered here are brief overviews concerning many of the carrier's sectors.

Railroad police have been protecting company property and equipment for more than a century although even today much of the public is not aware of their duties.

The first employed detectives worked for the Illinois Central beginning in the mid-19th century and slowly grew to be found across the industry as a means of protection and ending union uprisings.

Today, their purpose is entirely protective  and most have full law reinforcement capacities with the ability to arrest suspects on-site while often carrying a side arm.

Amtrak jobs regarding these career currently employ over 500 officers and civilian personnel at more than 30 locations in 46 states.

Due to the regions in which it operates the police force ranges from general patrol officers to K-9 units and the high-tech, Special Operations Unit. 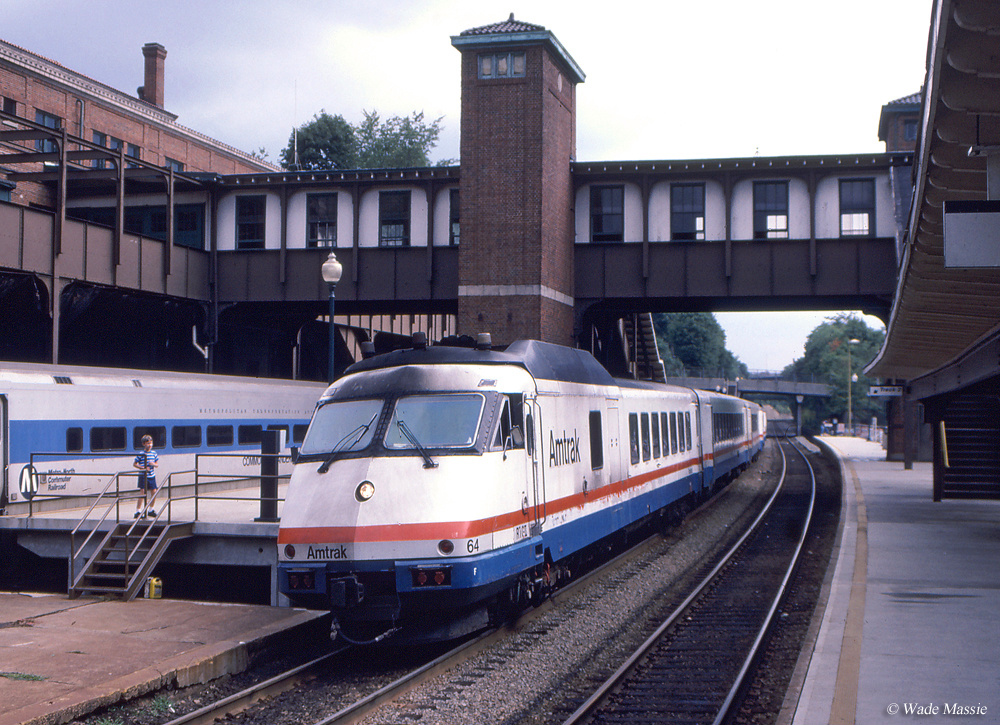 Amtrak Jobs And Careers In Mechanical

Every railroad, large and small, relies on mechanics, whether employed or contracted, to maintain their fleets of locomotives and rolling stock.  Amtrak is no different and hires its own staff for this purpose.

The railroad currently has a fleet of more than 2,000 cars, locomotives, and switchers which are maintained at three major shop complexes around the country along with twelve different terminals and general yards.

According to Amtrak its mechanic positions range from electricians, machinists and car repair personnel to sheet metal workers and general laborers.

In addition, if you have the background and education you can apply for a management position.

As with all fields, Amtrak has a current listing of openings on its website where you can learn more if interested.

Not to be confused with the train crew positions of engineer and conductor, this is the civil engineering field where Amtrak's infrastructure is maintained, overhauled, and rebuilt.

If you have the expertise or background education in such areas as designing bridges, trouble-shooting the complex electrified grid, or maintaining Amtrak's equally demanding signaling system then this might be the career for you!

For complete information about openings and the specifics of these various jobs please visit Amtrak's career website to learn more.

Even today, when anyone thinks about working for the railroad the first position which usually comes to mind is locomotive engineer.

Many moons ago, when trains were the only efficient means of traveling great distances in this country, the job title was one of the most glamorous, on par with today's airline pilots.

While it may not hold as much romanticism today, being a locomotive engineer is still a highly important and respected position which carries a great deal of responsibility.

As you probably know engineers are tasked with safely operating the locomotive and maintaining complete control of the train within their operating territory.

This means you must have keen knowledge of your route while understanding all signaling aspects and directives from the dispatcher.

It takes many years to become a fully qualified engineer, whether on Amtrak or a private freight railroad.  Your hours on the job are almost never set meaning it is very common to work weekends, Midnights, and holidays. 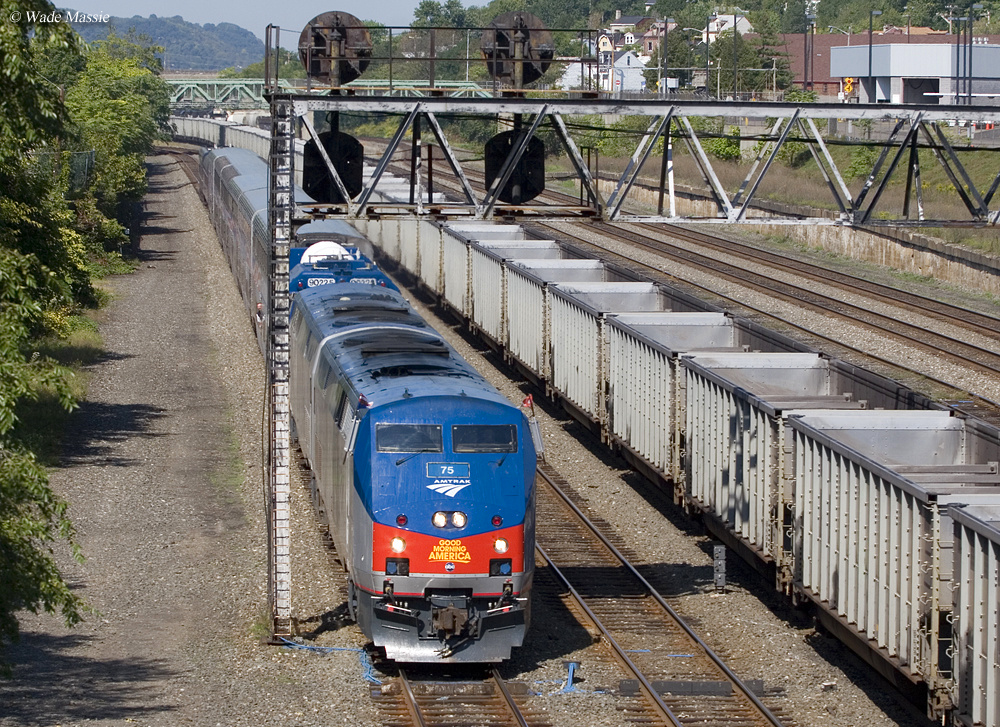 These careers are similar to the station/ticket agents and porter positions of yore when rail travel was a grand experience.

Today, Amtrak doesn't quite reach the level of trains like the original California Zephyr, 20th Century Limited, Empire Builder, and others although the carrier does its best given its limited funding.

The term "OBS" stands for "On-Board Services" and as Amtrak describes the field it not only includes taking care of customers' needs but also servicing the train as well:

"Depending on the role, you may be responsible for safe practices and meeting sanitation standards during all segments of service from loading, stocking, preparing, serving, clean-up, operating point of sale devices, and end of trip close outs which may include preparation of associated paperwork."

f you are assigned to a station you can expect similar customer service requirements.

The other position with which most are familiar is the conductor.

Unlike the engineer, this job title requires is the train's senior position; one is entirely responsible for the train, its passengers, and that it safety reaches its destination.

As a result, all other on-board personnel are under the direction of conductor, including the engineer.

While the job is more or less no different than on freight trains, except for train's manifest, Amtrak conductors have the added responsibility of taking care of the passengers' needs.

Finally, this particular field also requires long, sporadic hours and it is not uncommon to work weekends, holidays, Midnights, and generally being away from home/family for long periods of time. 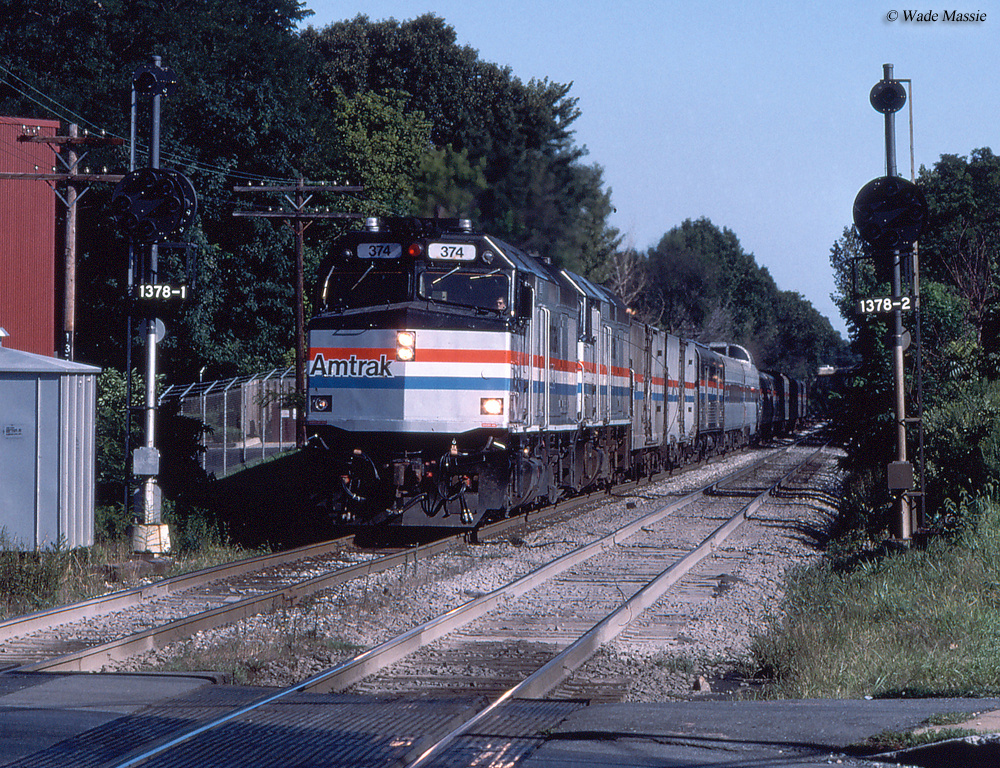 Amtrak Jobs And Careers In Information Technology (IT)

Today, information technology, or IT, is one of the fastest expanding fields in the country as computers continually grow in importance during the modern age.

Virtually every large corporation across any industry now relies on computers in some capacity to increase their efficiency and lower overall operating costs.

This is no different on Amtrak and across the railroad industry where dispatching, signaling, and locomotive operation is all controlled by computers in some capacity.

If you are interested, and/or have experience in the field, please visit Amtrak's website for more information.

Within any major corporation is the top level/tier management positions, which usually require either seniority or considerable educational background to achieve.

According to Amtrak its positions in this area include marketing, government affairs, employee communications, additional IT positions, and Human Resources (HR).

Nearly all such fields are the "tip of the spear" so to speak and at the forefront in leading the company in new directions while increasing efficiency and overall operations.

These jobs can be very stressful but likewise rewarding if you enjoy business development and the general corporate environment. 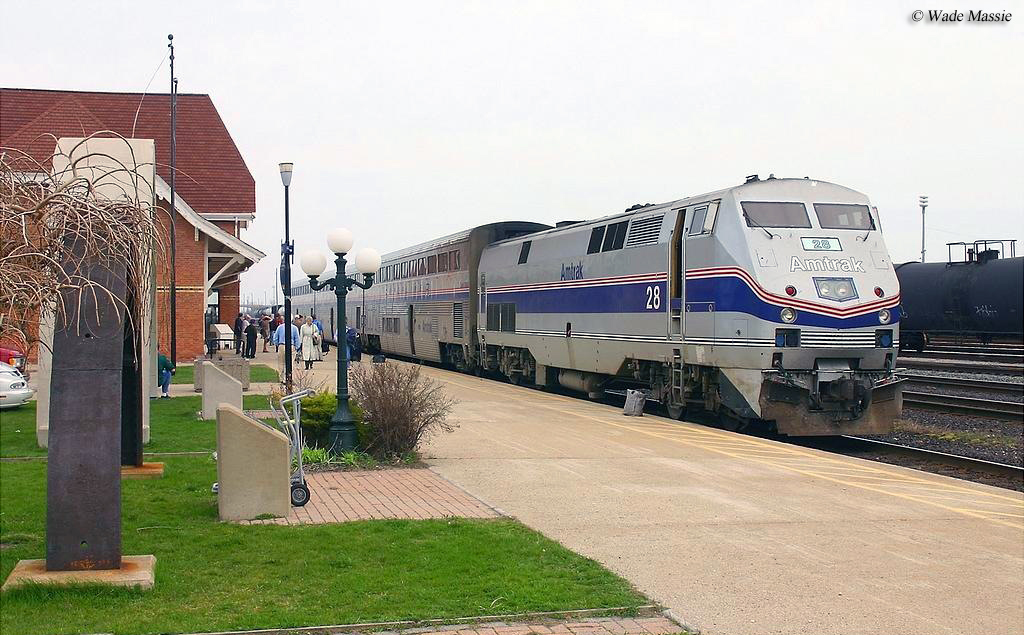 If you are interested in Amtrak jobs at the entry level, such as directly out of college, the railroad has a wide range of titles in this area ranging from associate claims specialist, trainmaster, trackman/mechanic, and customer service representative to electrical engineer, technologist, and administrative assistant.

As you can see, some of these overlap within other fields.  Finally, please bear in mind that while the private freight railroads offer similar positions to many of those mentioned above, Amtrak is quite different because it is so heavily involved with the general public.

This means employees must have very good people and communication skills with an ability to handle stress and pressure, usually on the spot.

As a result, you will likely either be helping passengers during actual trips or via public relations, something that private railroads almost never deal with today.