The article here provides information concerning BNSF jobs and careers, as well as a brief overview of the company itself.

The BNSF Railway is one of the largest Class I systems across the country.

This "Class I" designation describes the largest railroads in the country, grossing nearly a half-billion dollars in gross revenues annually.

It ranks only behind Union Pacific in terms of size while the two carriers have bounced back in forth over the years regarding bragging rights as the top revenue producer.

BNSF is also the only Class I which is privately owned, a division of Warren Buffett's Berkshire Hathaway, Inc. since 2009.

Given its position as one of America's top corporations it offers a wide range of jobs and careers, many of which provide good pay and excellent benefits.

The current railroad was formed through a series of mergers and acquisitions that actually began nearly a half-century ago with the creation of Burlington Northern in 1970.

Today, BNSF, like its two primary predecessors (Atchison, Topeka & Santa Fe and Burlington Northern), is a highly respected and recognized transportation company that consistently ranks at the top of the railroad industry in quality of service and annual revenue. 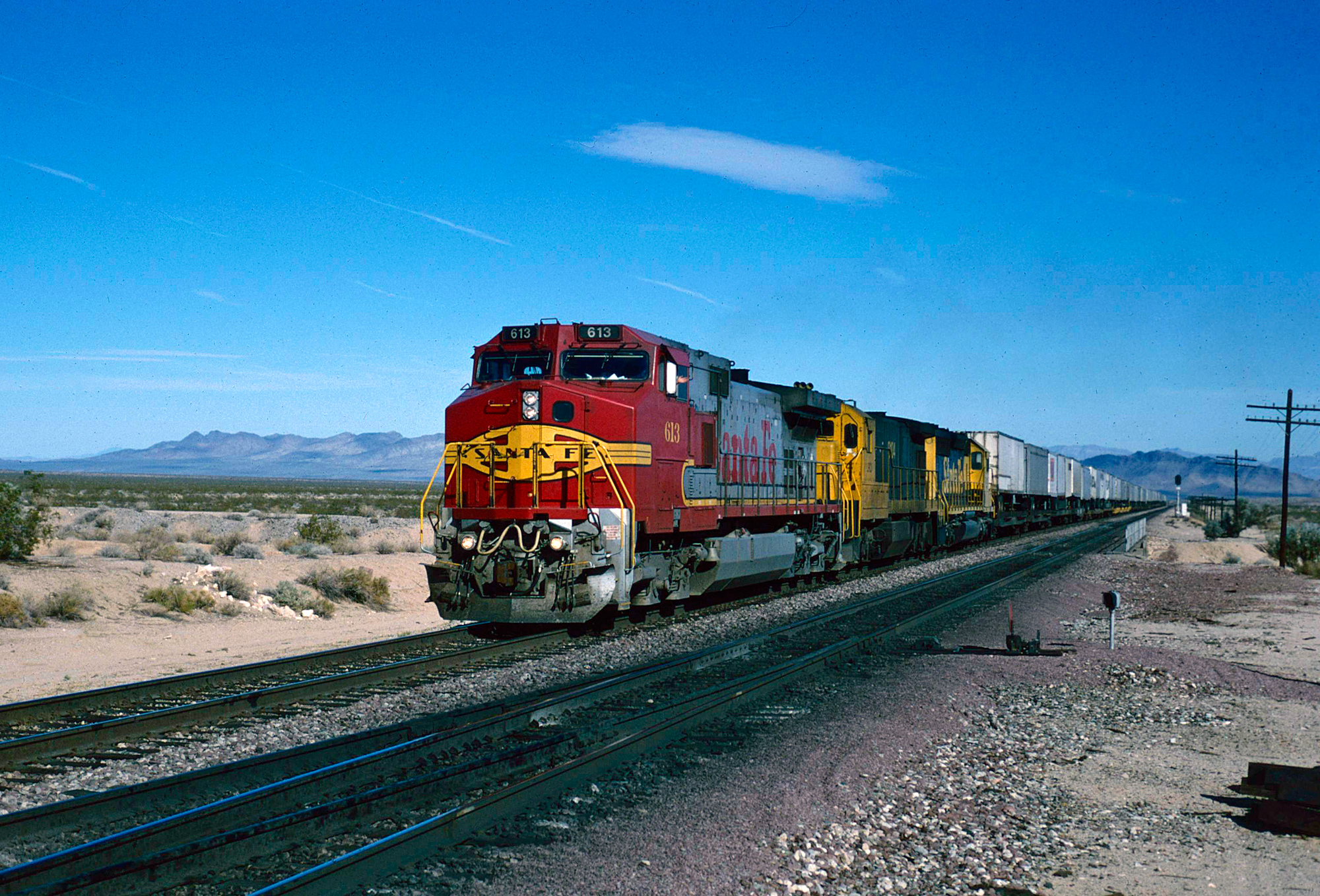 While the classic Santa Fe formed the entirety of BNSF's southerly lines much of its northern territory was part of the Burlington Northern, a system which comprised several fabled western/northwestern carriers including:

As part of the process the Santa Fe formally merged into the BN on December 31, 1995 forming Burlington Northern Santa Fe Railroad.

This lengthy named was officially shortened to BNSF Railway on January 24, 2005 and remains the carrier's corporate title.

Today, BNSF operates 32,500 route miles in 28 states (largely west of the Mississippi with some trackage into the Southeast), employs more than 48,000, and rosters over 6,000 locomotives.

In late 2009 Warren Buffett's Berkshire Hathaway announced plans to acquire a majority stock ownership in BNSF, essentially making the railroad a privately-owned corporation (a rarity in the industry where most large systems are publicly traded).

The deal was approved by shareholders in early 2010.  As one of the seven major Class I railroads operating within North America, BNSF Railway offers a wide array of careers which may interest you.

While I am sure many who search this page are interested in the more notable train crew positions of conductor and/or engineer there are actually a wide array of other types of jobs available.

Some of these careers include management positions and other fields such as signal maintainers.

In regards to management, BNSF is one of many Class Is who offer college internships so if you are interested in management and the railroad industry you may want to check them out.  The various fields BNSF offers are listed here.

If you are interested in a job with the railroad it operates in the states of:

This is of particular importance if you take a position out in the field, such as in maintenance or transportation. The railroad will assign you to wherever they need which could be in Texas, Washington, or anywhere in between.

In the event you are not aware, to give you a little background regarding what exactly the term "Class I" railroad means, these are the largest companies in the industry and all were formed through mergers over the last roughly 50 years.

BNSF Railway careers outside of management/office positions are just like those on all of the other railroads, tough and not exactly for everyone. 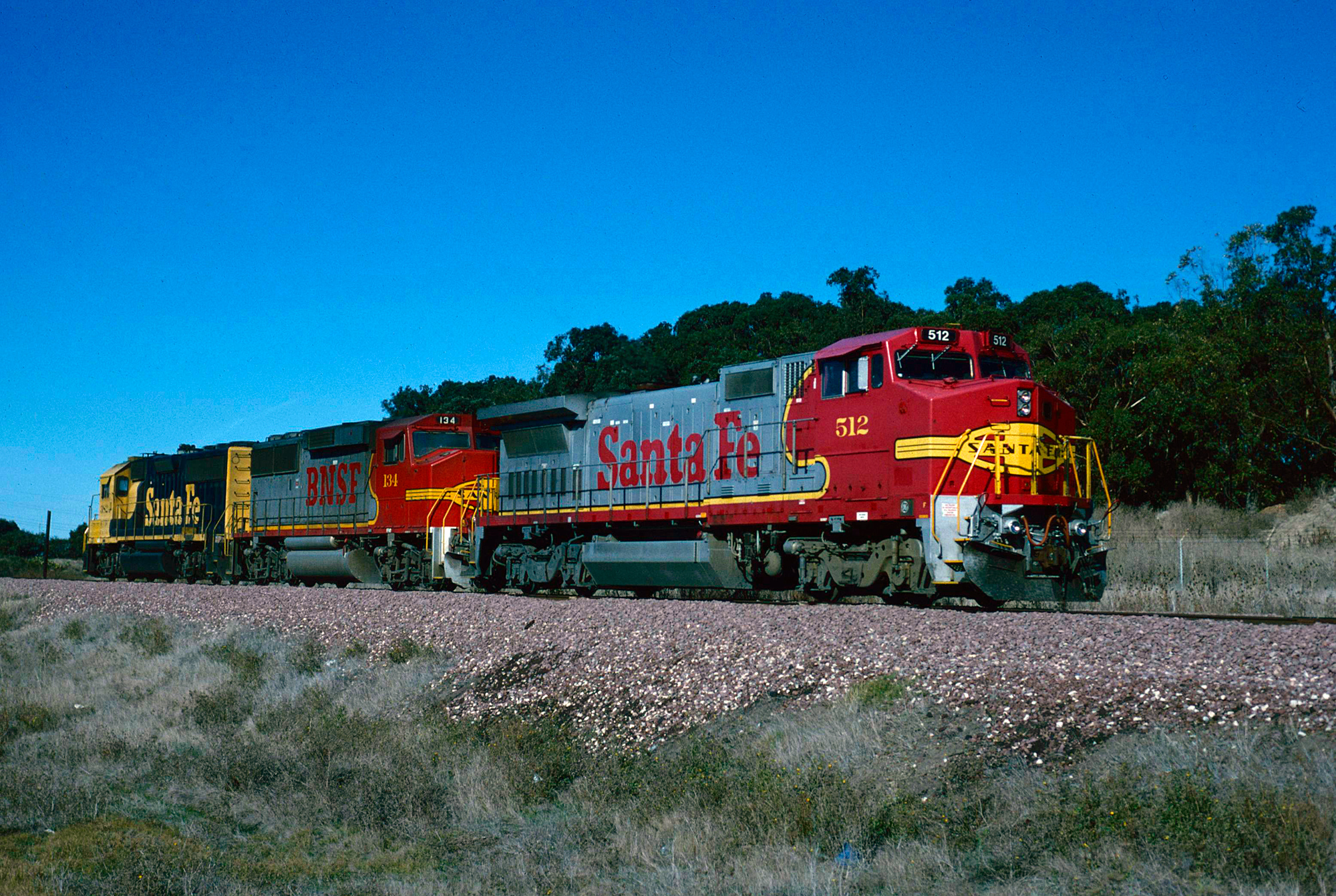 Every railroad of notable size staffs a team of engineers to maintain its property, carry out infrastructure improvements, and generally see to it routes are in proper working order for daily rail movements.

BNSF states that it currently has some 10,000 employees working in the field of engineering, which covers everything from track maintenance to intricate signaling systems.

As you might have guessed, many of these folks are employed in the track maintenance sector (general laborers) but other positions include:

Finally, each sector has many types of management positions if you are interested in these areas. 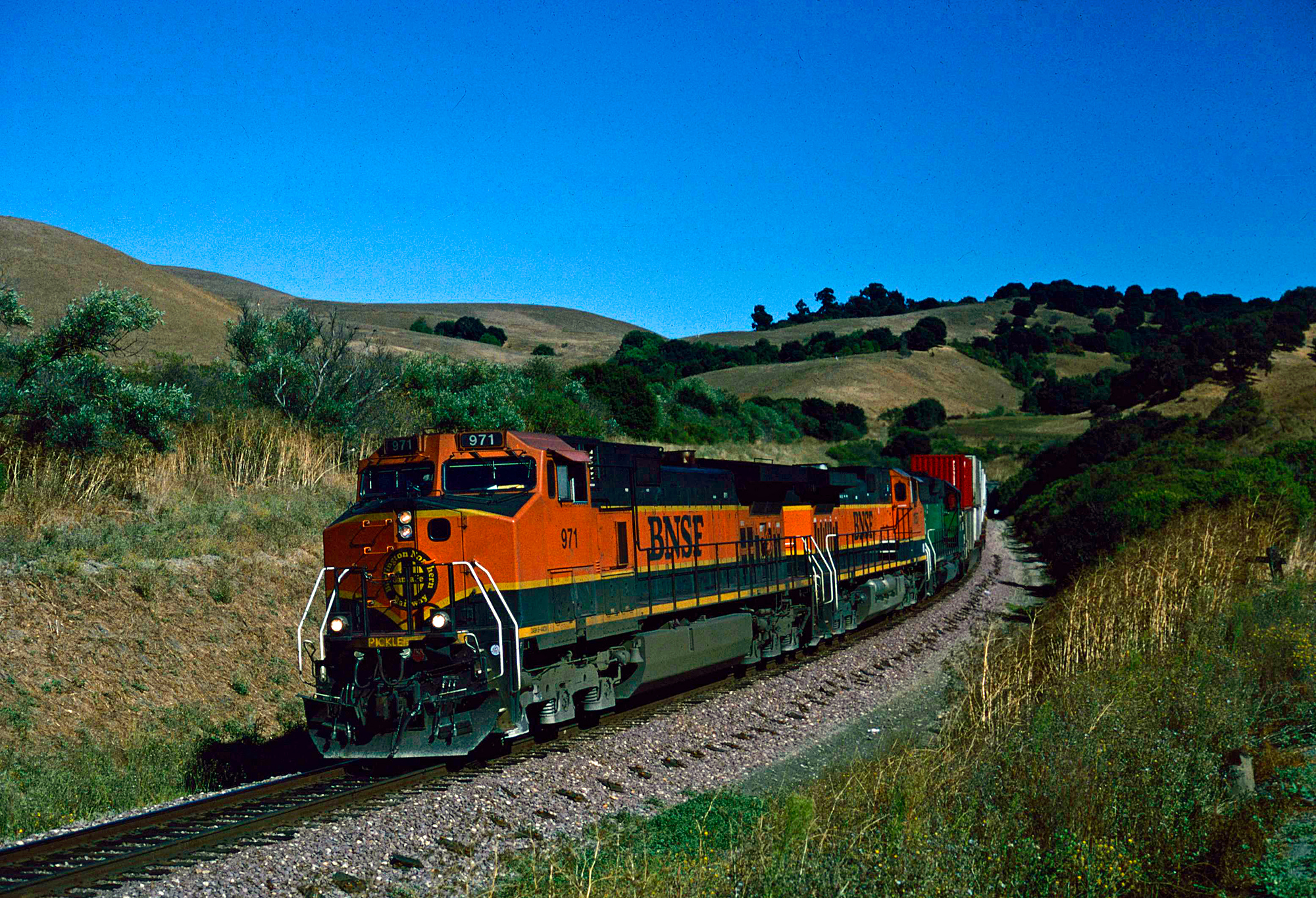 BNSF Jobs In The Mechanical Field

Without mechanics and related personnel to maintain their fleets of locomotive and rolling stock no railroad could remain in operation very long.

BNSF states that it currently employs a workforce of more than 7,000 in the mechanical field who maintain its 6,000 locomotives and 200,000 freight cars.

If you enjoy working on large equipment, getting dirty, and being outside of the office cubicle then a career in this area might be for you!

As the railroad notes your duties, depending on your area of expertise, can range from welder to electrician.

Most of these positions, outside of management (i.e., foreman and superintendent), are tied into a labor union with official job titles including boilermaker, machinist, mechanical shop laborer, coach cleaner, pipefitter, and railcar repair (carman).

When almost anyone thinks of a railroader the position of engineer and/or conductor immediately comes to mind.

While these careers are the most well-known across the industry, the modern age has allowed for a wide-ranging field of career paths.

Many years ago a freight train consisted of five personnel including the conductor, engineer, fireman, brakeman, and flagman.

Today, only the former two are assigned to most runs and carry very distinctive responsibilities (although most Class I's now have both dual-qualified):

All engineers are assigned a specific district with which they become very familiar to know exact train speeds and signaling blocks.  It takes many years to become a fully qualified engineer.

BNSF Railway lists this field as a sort of "catch all" for job titles that do not fit within any other area.

Many are office positions, dealing with the daily paperwork and business-related tasks in the areas of finance, development, technology, etc.

If you enjoy the clerical field and the general business environment than this area might be of interest.  For more information regarding potential openings across the BNSF network please visit their careers page.

What BNSF describes as its "Professional" field is also referred to as the corporate level by others.

As you may know, this is a far-reaching area of the company and most such positions require some type of college-level education or experience.

In the corporate arena many employees are situated in the company's official headquarters at Fort Worth, Texas although BNSF states there are others found across its network and two Canadian provinces.

Prior to the digital age that has it roots dating back to the 1970s/1980s most railroads utilized almost no form of digital technology except for wireless radio (which itself did not come into widespread use until after World War II!).

It's amazing how fast technology moves, what's new today is gone tomorrow.  Without computers many railroads could simply not operate in the modern age.

These systems monitor everything from dispatching to signaling in an effort to provide the most efficient and safest way to move freight across its territory.

All Class I railroads today have some sort of college recruiting/internship program in place for those continuing their education.

BNSF Railway is no different and offers a popular "Summer Internship Program" and also opens collegians to their "Management Trainee Program."

Finally, most railroads also work hard to hire military veterans, including BNSF.  If you have been in or retired from the armed forces you might want to consider a career in railroading; Class I's such as BNSF offer excellent pay and benefits. 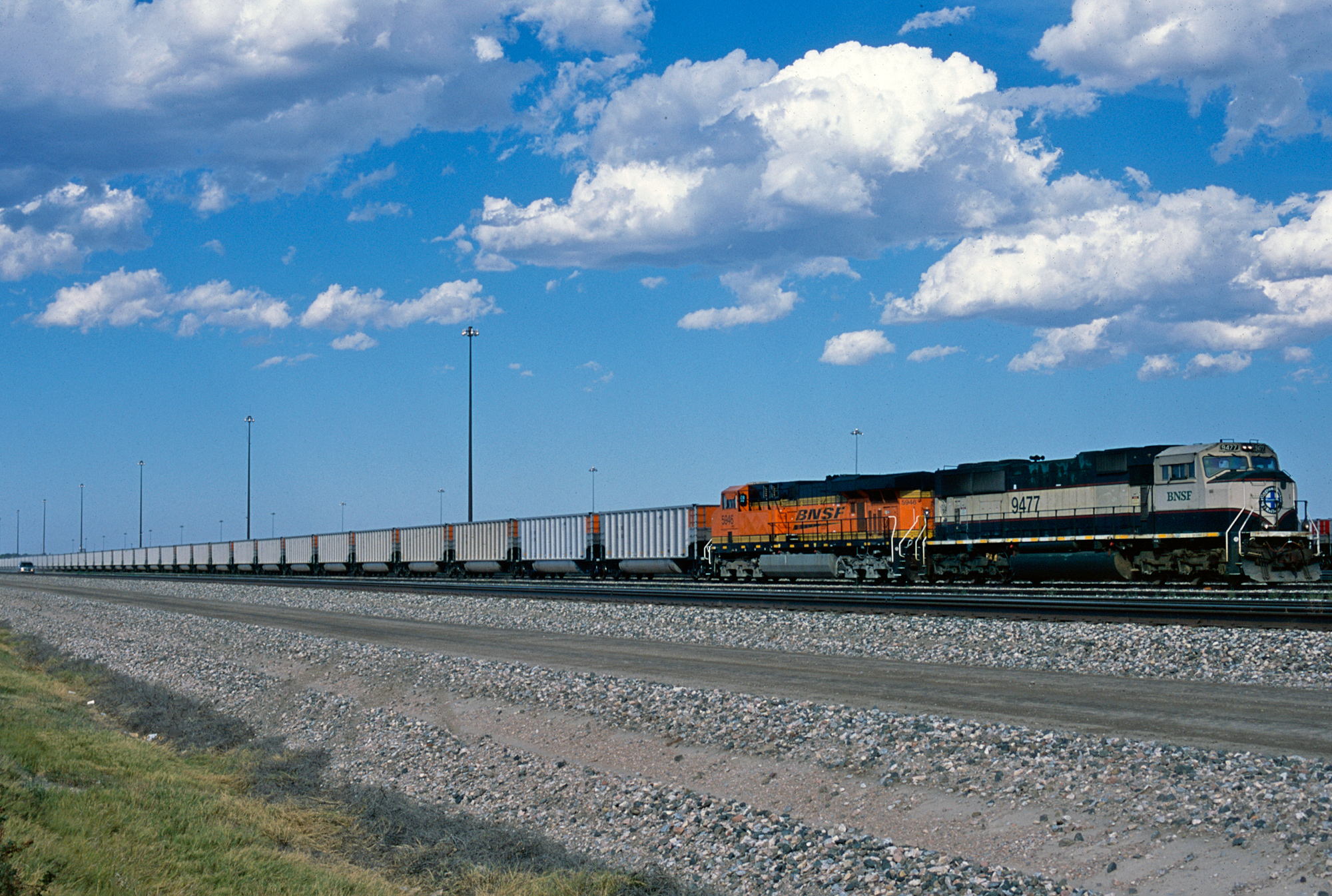 BNSF SD70MAC #9477 and ES44AC #5946 have empties at the Alliance Terminal in Alliance, Nebraska on September 15, 2007. Paul Wester photo. American-Rails.com collection.

The name BNSF gives to this sector is actually a fancy term for long-standing supervisory roles out in the field.  One of the best known is that of roadmaster.

This position is essentially management whereby you are assigned a territory of track, keeping the property well-maintained and to whatever standards the railroad sets forth.

You also are over all maintenance personnel in the assigned territory. Likewise you must coordinate with surrounding roadmasters and their territories; no train can pass through your assigned territory without your approval.

If you wish to move beyond roadmaster, positions further up the ladder include division engineer and general director.