Utah has never been a state riche with railroads; at its peak the state only featured a little over 2,000 miles of track.

If you are interested in railroad jobs here the state continues to operate close to 1,500 miles of track, much of which is owned by Class I Union Pacific (BNSF operates in Utah via trackage rights).

The rest is broken up among regional (Class II) Utah Railway and a few short lines (Class III's).

Historically, Utah is the home of the Transcontinental Railroad's completion when Union Pacific and Central Pacific met at Promontory Summit (near Ogden) on that famous day of May 10, 1869.

During the "classic" era of railroading, and even today, the state was predominately home to four main lines owned by Union Pacific, Rio Grande, Western Pacific and Southern Pacific.

However, it was the D&RGW which maintained the greatest concentration of trackage, operating several branches south of Salt Lake City with one reaching as far as Marysvale.

These lines primarily handled coal and black diamonds remain Utah's main staple of originated freight traffic with chemicals, metals, and others making up the rest. 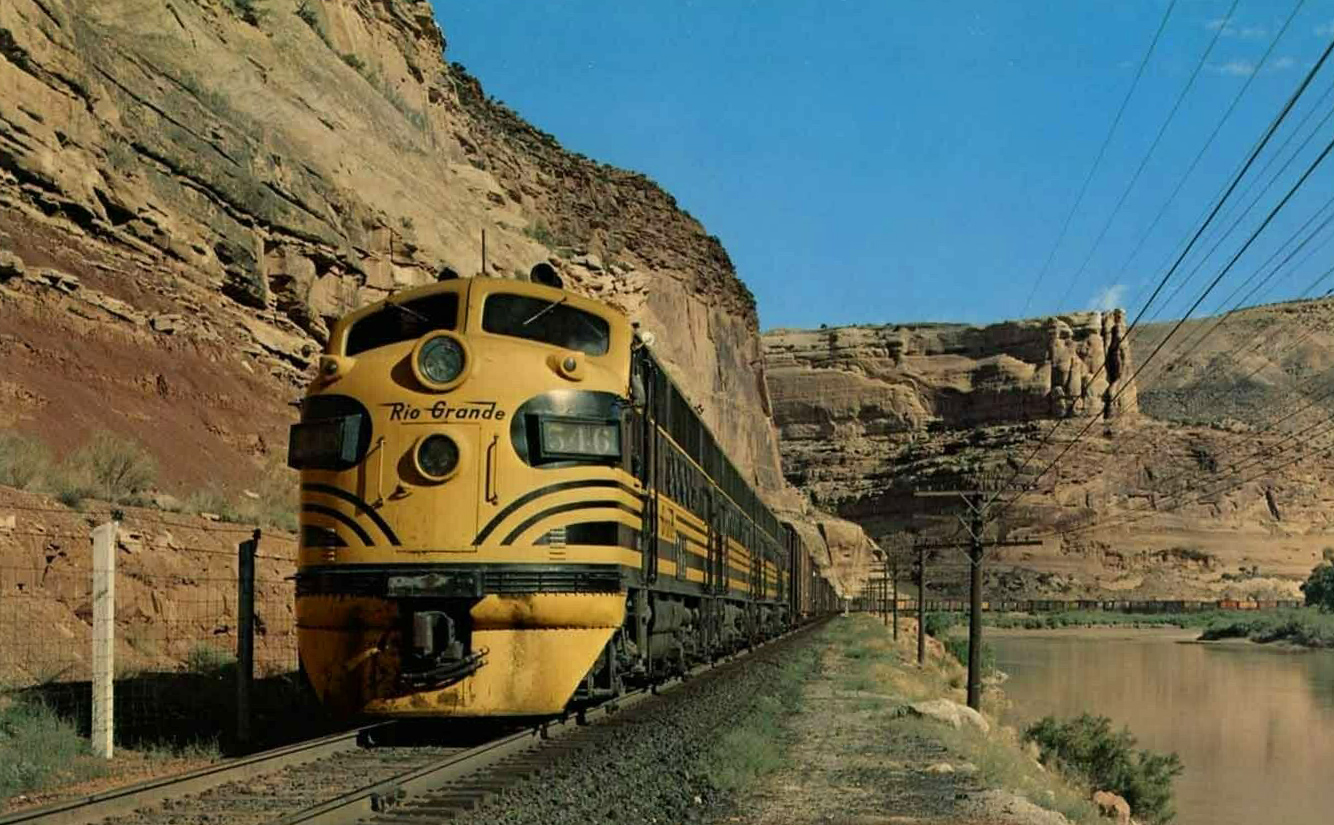 When boxcars were king... A handsome set of Rio Grande FT's lead a long freight westbound through Utah's Ruby Canyon (not far from the Colorado state line) along the Colorado River in August, 1948. Otto Roach photo.

If you work for a Class I railroad in the industry there are a multitude of various fields which you can enter from the more well positions of engineer and conductor to things like mechanics, welders, signal maintainers, and various management posts.

Please be aware that if you interest lies in operating the trains themselves Class Is require incredibly long and unforgiving work schedules.

For instance, you need to be call at all times when needed, and typically work 12-hour days. Of course, in return you can make an excellent income in doing so along with a very good retirement.

In all, it comes down to whether you feel the long hours away from home and family are worth it. An alternative may be to look at hiring on with a smaller railroad which offers better hours but not the same level of pay. 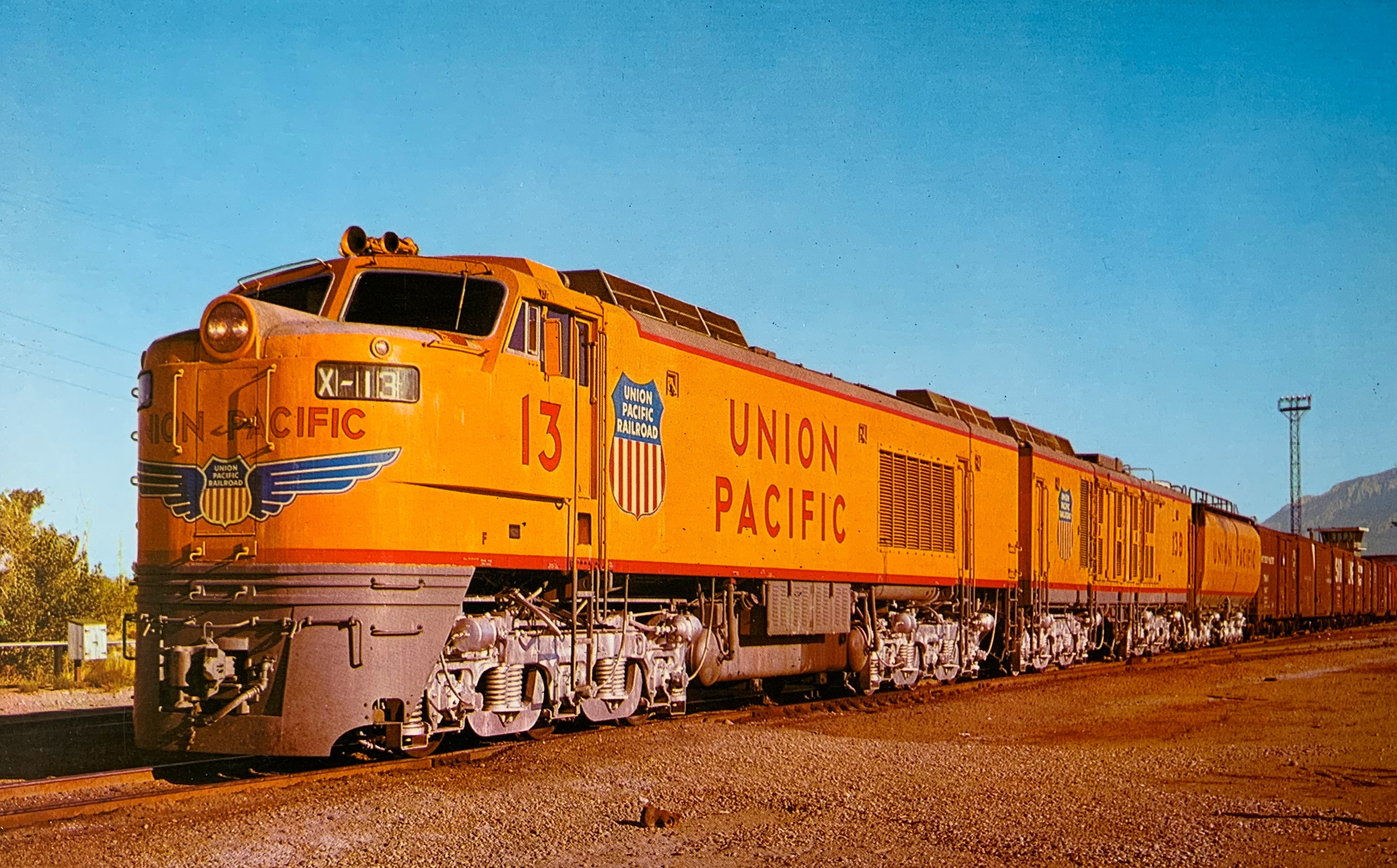 If you are interested in a career with great pay, focus on a large Class I; entry-level positions as either a conductor or member of the maintenance-of-way gang start out in the high $30,000's to $50,000's.

After a number of years in it is not uncommon to near near, at, or over $100,000 annually, especially once you have moved up to a position such as engineer, roadmaster, or trainmaster.

Keep in mind, however, with the economy's cyclical nature you can find yourself furloughed at any time if you do not have a great deal of sonority.

In these situations it is not uncommon for someone to be laid off for weeks or months before being called back.  It is an unfortunate aspect of the industry that one needs to be aware of.

Deseret Power Railroad: This privately-owned, electrically operated railroad hauls coal from a mine at Rangely, Colorado to a power plant at Bonanza, Utah owned by Desert Power.

Salt Lake City Southern Railroad: This railroad operates a 25 mile line between Salt Lake City and Murray serving a number of industries between the two cities and a diversified traffic base. The railroad is a subsidiary of the Utah Railway, which is owned by Genesee & Wyoming.

Salt Lake, Garfield & Western Railway: The SLG&W dates back to the late 19th century with the railroad acquiring its current name in 1918.

Today, it operates about 10 miles of trackage around Salt Lake City where it interchanges with UP. To contact the railroad; 1200 West North Temple, Salt Lake City, Utah 84116. 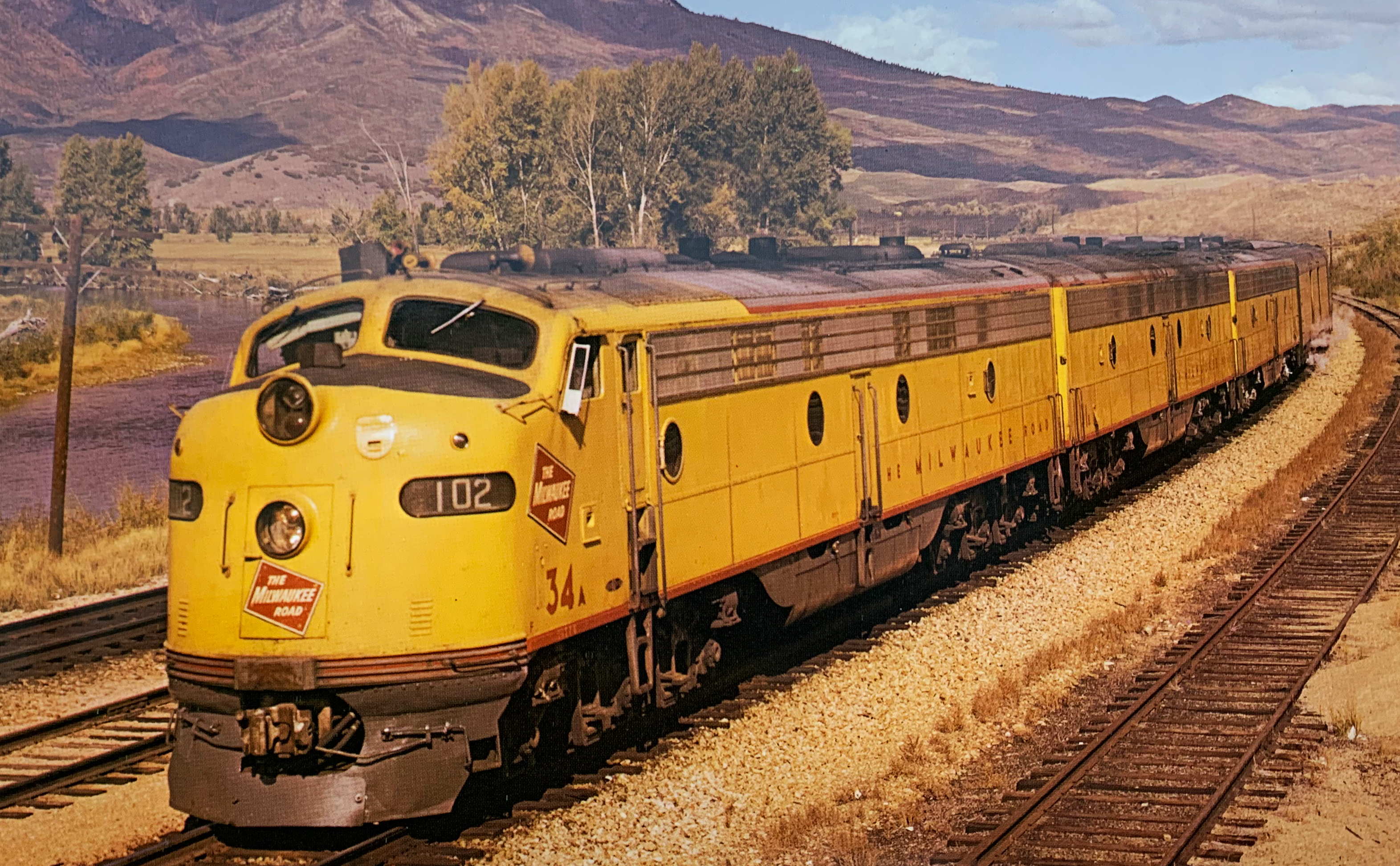 In this Milwaukee Road publicity photo, Union Pacific's train #102, the eastbound "City of San Francisco," is on home rails [Union Pacific] as it works its way through Utah's Weber Canyon in the late summer of 1956. The Milwaukee handled UP's "City" fleet between Omaha - Chicago after October, 1955. Author's collection.

Savage, Bingham & Garfield Railroad: This railroad is owned by Savage and began operations in 2007 on former Union Pacific branches consisting of about 21 miles of track. Communities the railroad serve include Midvale, Welby, Magna, Kearns, Bacchus, and Bagley.

Utah Central Railway: This short line is a Patriot Rail property and operates about 34 miles of track west of Ogden reaching Relico, Stratford, and an industrial park north of Ogden.

Utah Railway: Utah's most famous and best known railroad, the Utah Railway dates back to 1912 and today owns about 47 miles of its own rails and has trackage rights on UP from Grand Junction, Colorado to Ogden. The railroad is now owned by Genesee & Wyoming.