Like most large railroads the Baltimore & Ohio acquired some of its steam locomotives by purchasing smaller systems.

The largest included a batch of 2-6-6-2s it picked up from the Buffalo, Rochester & Pittsburgh during the early 1930s which was also one of the largest types that railroad ever owned.

These somewhat antiquated and older Prairie Mallets were in service on the BR&P for less than twenty years (some saw fewer than ten years) of service before the B&O takeover, which continued to operate them in their home region of Pennsylvania and New York until all were retired by the 1950s.

Interestingly, the B&O modified the steamers only slightly under its ownership, predominantly leaving them as built for the BR&P  Today, none survive.

While the BR&P also reached Buffalo and Rochester, New York it was acquired by the B&O in the hopes of eventually establishing a direct corridor to New York under President Daniel Willard's administration. 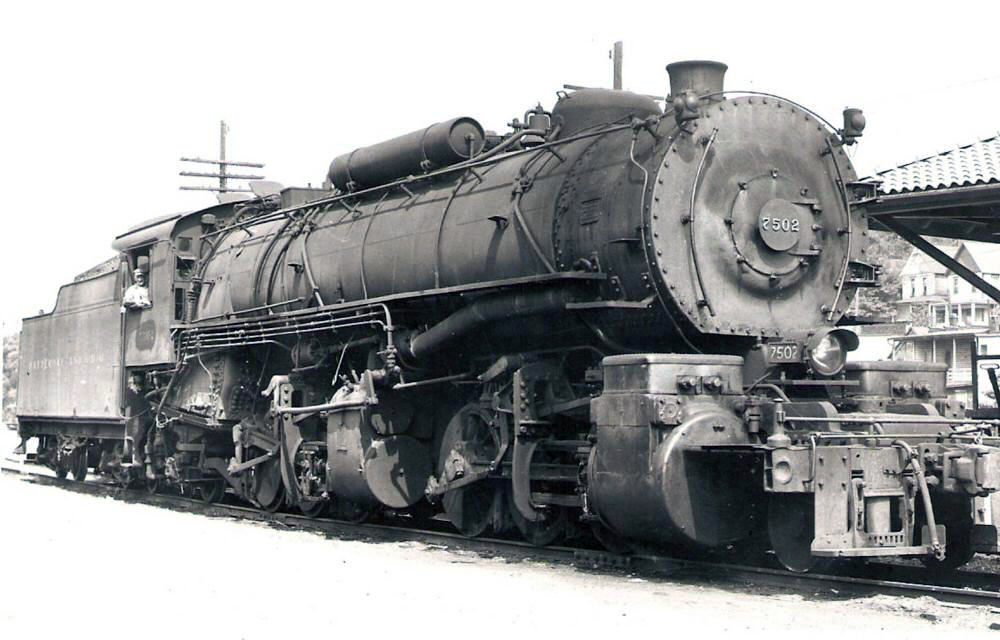 Many from this era, including the GN's were built as Mallets and found perhaps as much success by private logging companies as they did on major railroads with names like Simpson Logging, Clover Valley Lumber, and Saginaw Timber all owning at least one.

During 1914 the Buffalo, Rochester & Pittsburgh ordered a batch of 2-6-6-2s from the American Locomotive Company.

It intended to use these Mallets in heavy drag service, moving coal trains and other heavy freights over its stiff grades in northern Pennsylvania and western New York.  The BR&P was a smaller road that dated to the late 1860s, built to haul coal out of this region.

While the system was never able to reach Pittsburgh via its own rails it did reach Buffalo and Rochester, New York and as far south as Walston, Pennsylvania.

According to David Mainey's book Baltimore & Ohio Steam In Color the Mallets were an older design (compound steam was losing its appeal by the World War I era and into the 1920s) and had remained virtually unchanged over during its ten year production run featuring large, bulbous low-pressure cylinders and old-style slide valves.

Most railroads, especially when purchasing a wheel arrangement over such a long time period, had additions or improvements incorporated into them.

However, in this case the BR&P's the 2-6-6-2s were practically the same aside from subtle differences including weight variations and the batch of fifteen (under the B&O these were listed as Class KK-4c) that used Southern valve gear.

In 1932 the Baltimore & Ohio acquired the railroad giving it access to the region's coal fields as well as Buffalo/Rochester.

After the takeover the B&O reclassified the 2-6-6-2s as KK-4a through KK-4d, numbering them 7500-7554.  Mr. Mainey's book goes on to state that under B&O's ownership little changed on the locomotives except for their new designation.

There was only one that saw any significant upgrades, #7518.  In 1949 the B&O overhauled the steamer with new low and high pressure cylinders using piston valve gears, a cast frame, chassis lubrication, and slightly larger drivers (as built they featured 57-inch drivers).

These changes along with some slight cosmetic improvements (such as the removal of the air tank atop the boiler and the addition of air pumps on the pilot deck) allowed #7518 to stand out among its other peers.

From a visual standpoint it was certainly a more appealing locomotive than the others. Interestingly, the Class KK-4's were one of the B&O's only large, articulated designs that did not see action on the West End.

After the BR&P takeover the railroad left them in their home territory along the Buffalo Division where they spent their days continuing to work heavy freights over the notorious grades in this region.

Mr. Mainey's book provides a nice selection of color photos depicting the 2-6-6-2s in action there such as at Bradford, Pennsylvania and scenes of the engine terminal in East Salamanca, New York. 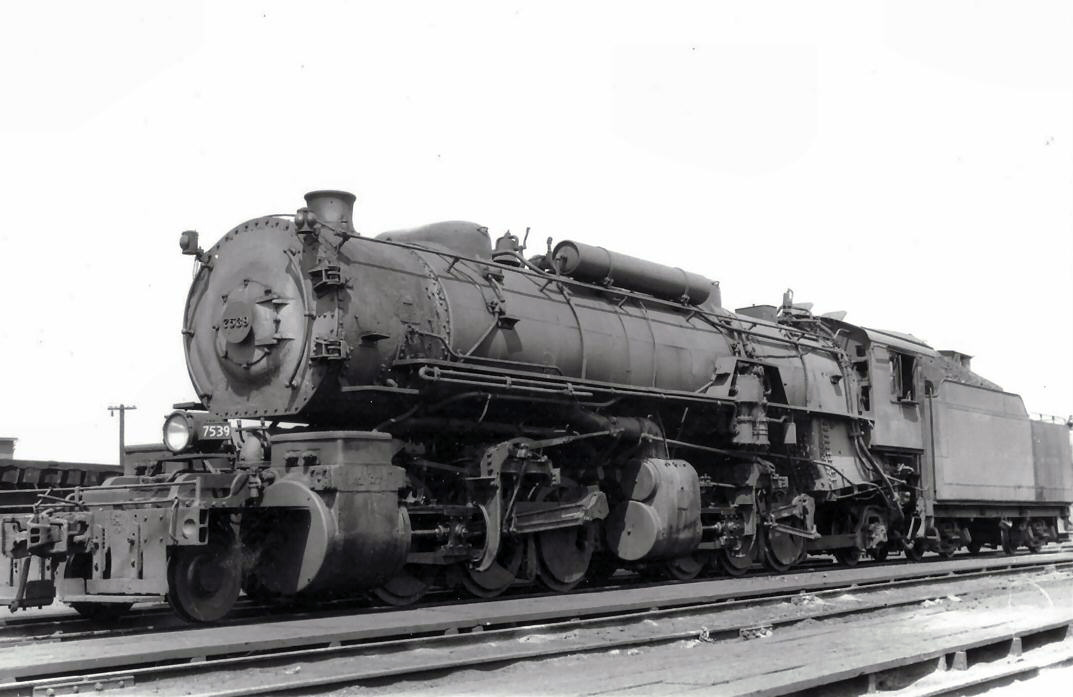 Baltimore & Ohio Class KK-4c #7539 is seen here at the yard in Riker, Pennsylvania, where the Indiana Branch converge,d during 1949. Note the massive cylinders that were so evident on these locomotives.

Somewhat unknown within the B&O's fleet of 2-6-6-2s were two additional examples, Class KK-1 #7400 and Class KK-2 #7450.  Manufactured much later than the former BR&P units they were built by the Baldwin Locomotive Works in 1930.

According to SteamLocomotive.com their purpose was "...to compare the Emerson watertube firebox to a conventional locomotive."  They were somewhat larger and more powerful, sporting additional tractive effort and bigger drivers.