The Baltimore & Ohio is widely regarded for its rugged, efficient, and often aesthetically pleasing steam locomotives.  While the railroad would regularly experiment with standard designs in an effort to improve performance it normally did not test unique wheel arrangements.

However, it did experiment with an odd 2-6-8-0 Mallet during the early 20th century.  The B&O was always looking for more tractive effort and horsepower thanks to the steep grades of its West End in Maryland, West Virginia, and western Pennsylvania.

The locomotive was sort of an elongated Consolidation but in the end it didn't meet the railroad's expectations and the trials were ultimately canceled before 1920 resulting in the one and only example being converted back to a rigid design.

Of all the large designs the B&O employed across its system, the 2-6-8-0 was the most unique with its odd, off-set wheel arrangement.  Interestingly, it was not exclusive to the railroad; the Great Northern, Alabama Great Southern/Southern Railway, and Erie all tested the arrangement. 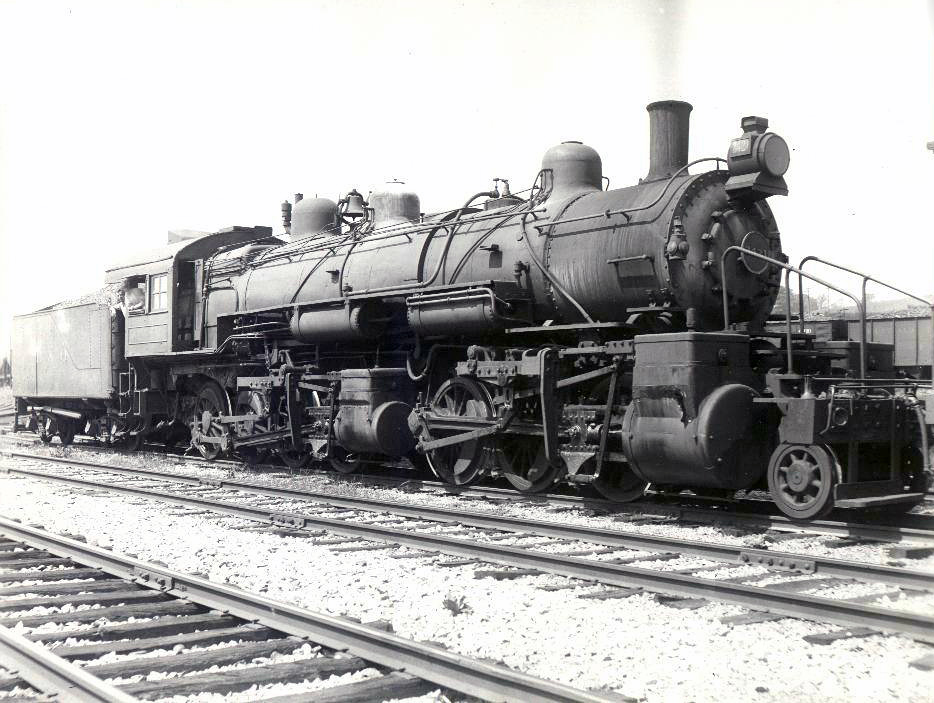 The Baltimore & Ohio was quick to embrace the newest and latest steam technology, particularly from the late 19th century onward.  Even prior to that time the railroad was constantly looking for a better locomotive in freight service, first using 0-8-0 "Camels" and then later the trusty 2-8-0 Consolidation.

In 1904 it put the first ever articulated Mallet in service, a new type of steam power that offered far more tractive effort than any previous rigid-frame design then in service.

Manufactured by Alco's Schenectady works it was listed as Class DD-1 and numbered 2400 sporting a 0-6-6-0 wheel arrangement.  While the locomotive looked quite small in comparison to later articulated models it provided a great dela of tractive effort that exceeded 66,000 pounds, more than 20,000 pounds more than most of its 2-8-0s.

The #2400 proved to be quite a success and remained on the B&O's roster until 1938 where it worked its final years as the eastbound hump engine at Willard, Ohio.  The railroad's next Mallet proved to be one of the oddest designs it ever put into service.  The B&O's standard freight locomotive at the time was the Consolidation and it owned hundreds either built or acquired from predecessor roads.

Using the 2-8-0 arrangement it had an experimental 2-6-8-0 manufactured by Baldwin in 1911, listed as Class KL-1 and given number 2421.  According to Kirk Reynold's and Dave Oroszi's book, "Baltimore & Ohio Railroad," the locomotive used one of its Class E-24 2-8-0s and lengthened the boiler, extending the wheelbase by roughly twenty feet.

The Class KL-1 proved to be a powerful locomotive offering nearly the same level of tractive effort (upwards of 60,000 pounds) as the original Class DD-1.  Unfortunately, the B&O experienced the same problems with the 2-6-8-0 that other railroads dealt with, slipping and uneven traction.

After just five years of service on the mountainous grades of the West End shop forces converted the locomotive back into a standard 2-8-0.  Interestingly, the railroad ordered a batch of 0-8-8-0 Class O-1's (later reclassified as LL-1) the same year it began tests on the 2-6-8-0.

As the years passed the railroad began operating larger and more powerful articulated steamers such as the 1916 Class EL 2-8-8-0 Consolidation Mallets from Baldwin.  Another successful design the B&O continued using some in heavy drag service until the end of steam operations during the 1950s.

Additionally, these late-era "Super Power" steamers were simple designs as the B&O would move away from the compound Mallet by the 1920s.

The railroad's rigid-frame wheel arrangements are still widely remembered for their power and service quality.  For instance, some of its 2-8-0s were very powerful locomotives capable of producing more than 50,000 pounds of tractive effort and its 2-10-2 "Big Sixes" are regarded as the finest Santa Fes ever built.

In later years the B&O tested out the first 4-4-4-4 Duplex Drive in 1938 one of only two railroads to ever to so, the Pennsylvania being the other.  Through the end of the steam era the B&O continued to search for a more practical, efficient, and powerful locomotive of which the Duplex was an example.

Interestingly, though, it was never necessarily dedicated to steam power and was one of the first roads to employ the new diesel in road service.  Alas, for all of the B&O's ingenuity within its steam program few examples of its fleet survive today (i.e., no EM-1s or "Big Sixes" to name a few).