The 4-6-4 wheel arrangement is best known on the New York Central, which designed the locomotive and came to own a sizable fleet of beautifully designed machines.

The Baltimore & Ohio as it turns out, which is never really known for operating Hudsons, did utilize a small fleet for passenger service.

They were listed as Class V and constructed by the railroad's own shop forces in Mount Clare during the mid-1930s.

The locomotive's were equipped with a specialized firebox designed by a noted company engineer and were considered successful while in service.  They remained on the B&O's roster until 1950 when all were retired and eventually scrapped.

The 4-6-4 was a popular arrangement on many roads, such as the Milwaukee Road, Chicago & North Western, New York Central, and Santa Fe.  The B&O, however, had little interest in the design.  Instead, it utilized primarily 4-6-2's and 4-8-2's on passenger assignments until the diesel era. 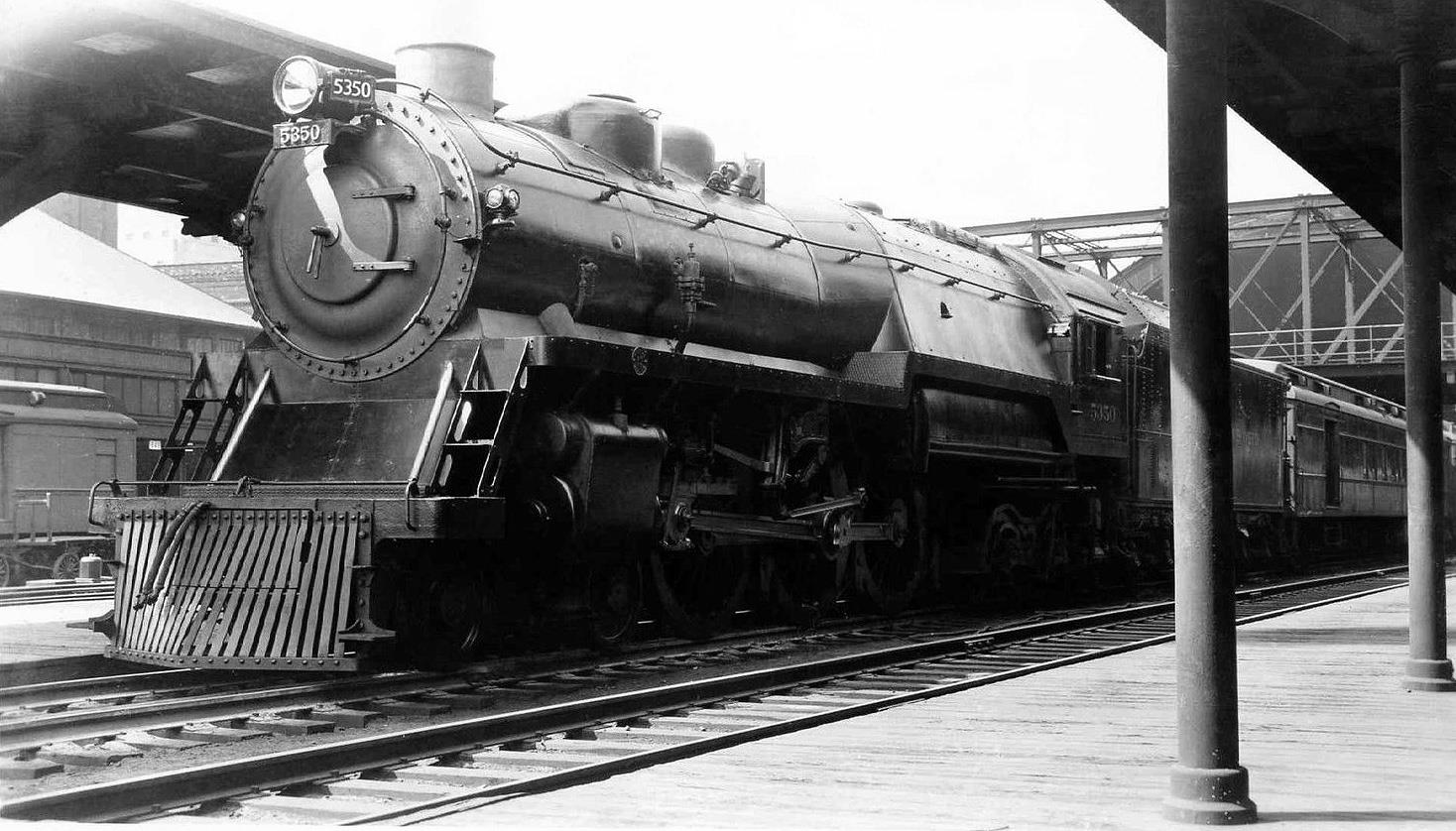 It's tough to argue that the New York Central fielded some of the most gorgeous Hudsons ever put into service.  Who can ever forget those iconic Class J3a's styled by Henry Dreyfuss to pull the initial version a streamlined 20th Century Limited.

The Baltimore & Ohio's use of the Hudson was much more subtle, and some reading this may not even be aware the railroad ever owned any.  As was typical, and in many ways expected on the B&O, the locomotive's carried an elegance and grace albeit were perhaps not the most beautiful designs it ever owned.

However, interestingly their use came about in part due to a newly patented firebox by the railroad's General Superintendent of Motive Power & Equipment, Colonel George H. Emerson.

He had joined the B&O during March of 1920 and before he left the company became revered for his work with steam power.  During 1927 Emerson employed the first use of a watertube firebox in a locomotive when the B&O's Mount Clare Shops in Baltimore rebuilt a Consolidation into a Mikado.

A year later it did the same with a Class P-7 Pacific named the President Cleveland (part of the fabled President's Class).  The watertube design was inspired by similar devices used in marine ships and stationary power plants.

According to Kirk Reynold's and Dave Oroszi's book, "Baltimore & Ohio Railroad," they differed from a "...conventional locomotive firebox in that boiler water circulated through a series of tubes that were arranged vertically at the sides of the firebox, thus eliminating staybolts and crown sheets." 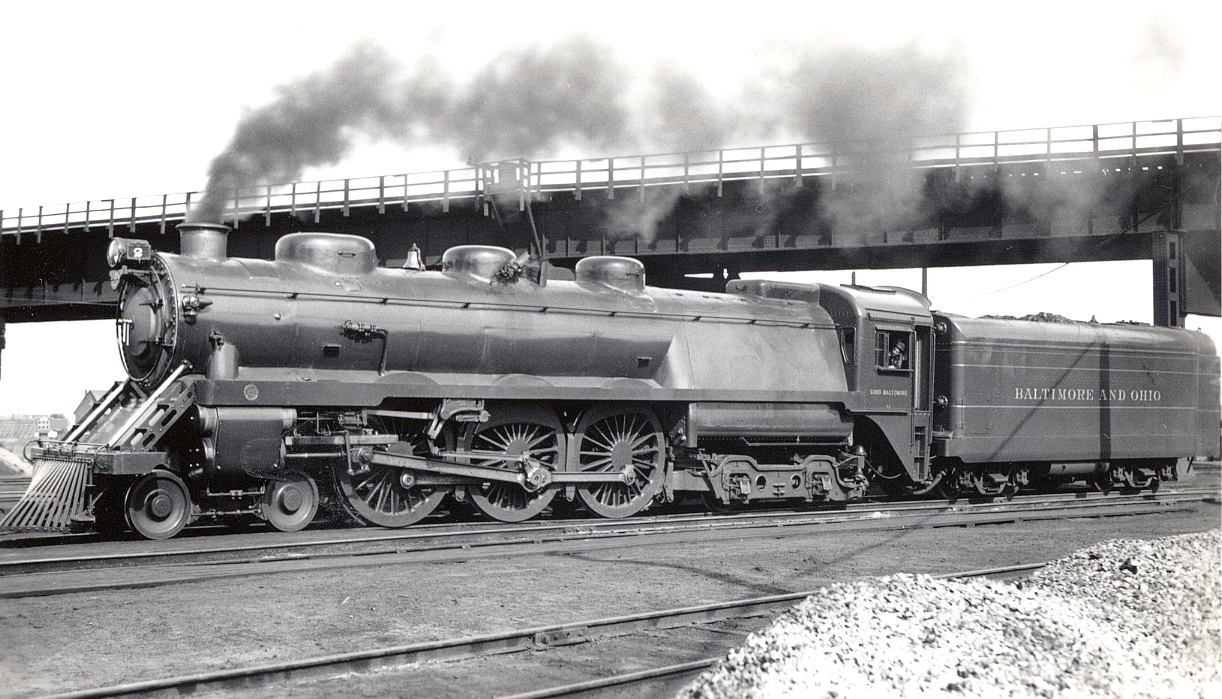 The B&O's "Lord Baltimore" is seen here soon after entering service. The locomotive carried the largest drivers of any Hudson the B&O operated (84 inches).

Unfortunately, it proved problematic for railroad applications since a locomotive's steam requirements were constantly changing while in service an issue normally absent from ships and plants.

As for Emerson's design it was a hybrid between a standard firebox and a true, watertube version.  He officially received a patent for it during January of 1928 and it is available online to view here.

The Baltimore & Ohio would ultimately employ the firebox in three different wheel arrangements, one of which was the 4-6-4 Hudson.

The second Hudson, numbered 5340, was semi-streamlined and named Lord Baltimore where it found work pulling the B&O's elegant and newly lightweight Royal Blue between Baltimore and New York.

The third and fourth in the series were put into service between 1935-36 and could often be found hustling passenger trains anywhere along the Cumberland, Pittsburgh and Akron Divisions.

All of the Hudsons carried large main drivers (between 74 and 84 inches) allowing them to cruise at high speeds. 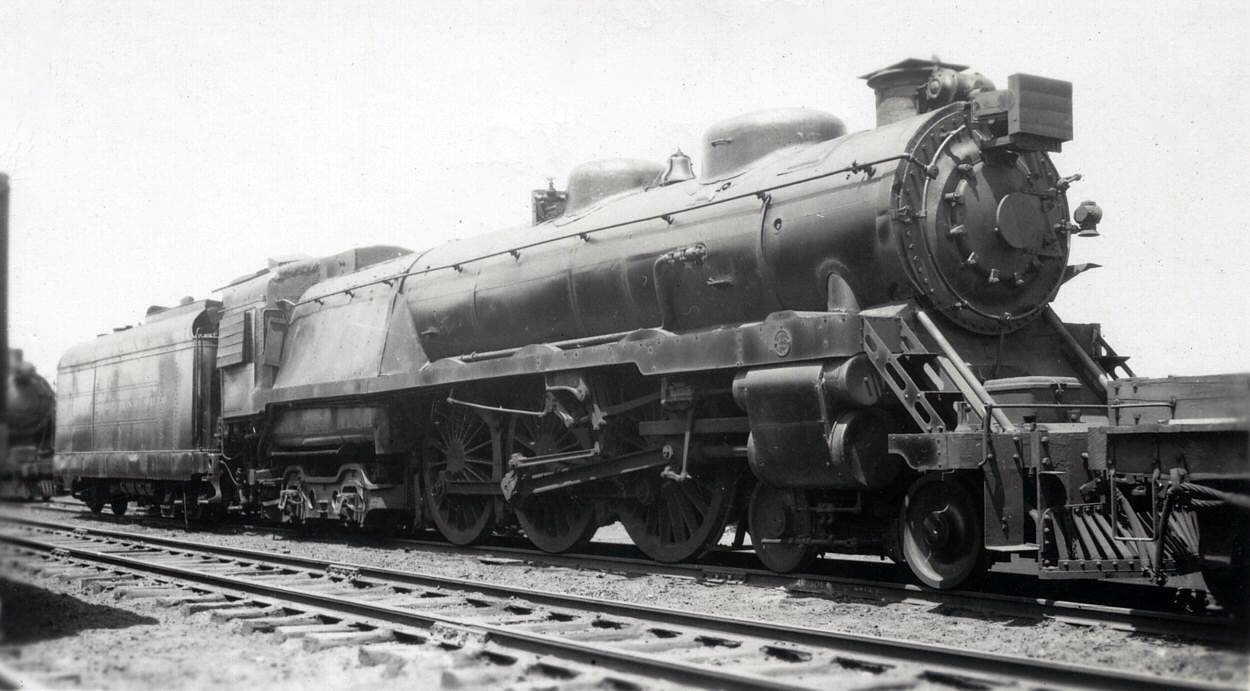 Another view of the "Lord Baltimore," which was listed by the B&O as Class V-3.

The B&O's 4-6-4s were considered successful locomotives although Emerson was never able to fully complete his watertube firebox tests.  The locomotives continued to pull passenger trains until 1949-1950 when all four were retired and eventually scrapped.

It could be reasonably argued that the B&O's Hudsons were not the most aesthetically pleasing steam locomotives it ever produced, a result of the big watertube fireboxes they employed.

While the steamers did carry semi-streamlining their appearance was more closely associated with English-built designs that carried a no-frills, utilitarian look.

Sadly, no examples of Emerson's watertube designs were ever preserved (others included the previously mentioned Duplex and Pacific, a Mikado, a pair of 4-8-2s, and a pair of 2-6-6-2 Mallets) and he left the company during January of 1942.