The Baltimore & Ohio's diesel locomotive roster was initially an eclectic array of road-switcher models from all of the major builders, except General Electric (the railroad did own a few GE switchers).

However, by the 1950s it was largely a loyal Electro-Motive customer, purchasing large batches of first-generation cab and GP units.  Due to severe financial constraints by the 1950s, the railroad went nearly ten years without acquiring new locomotives.

That all changed with the Chesapeake & Ohio's acquisition in early February of 1963.  The C&O was a very healthy company and its infusion of cash enabled the B&O to purchase large batches of second-generation power such as GP30's, GP35's, GP38's, GP40's, GP40-2's, and more.

The final new locomotives to wear any kind of "B&O" markings were a batch of SD50's that rolled of La Grange in 1984 wearing the Chessie System livery.

From a historical perspective the B&O had been fascinating line to railfan dating back to the late steam era with big 2-8-8-4 EM-1's and 2-10-2 "Big Sixes" working Sand Patch, and 4-8-2's hustling fast freights through the Midwest.

This enthusiasm continued into the diesel era as the railroad operated a variety of locomotives, ranging from Electro-Motive's very early EA passenger model to Baldwin's RF16 and Alco's stylish FA freight units. 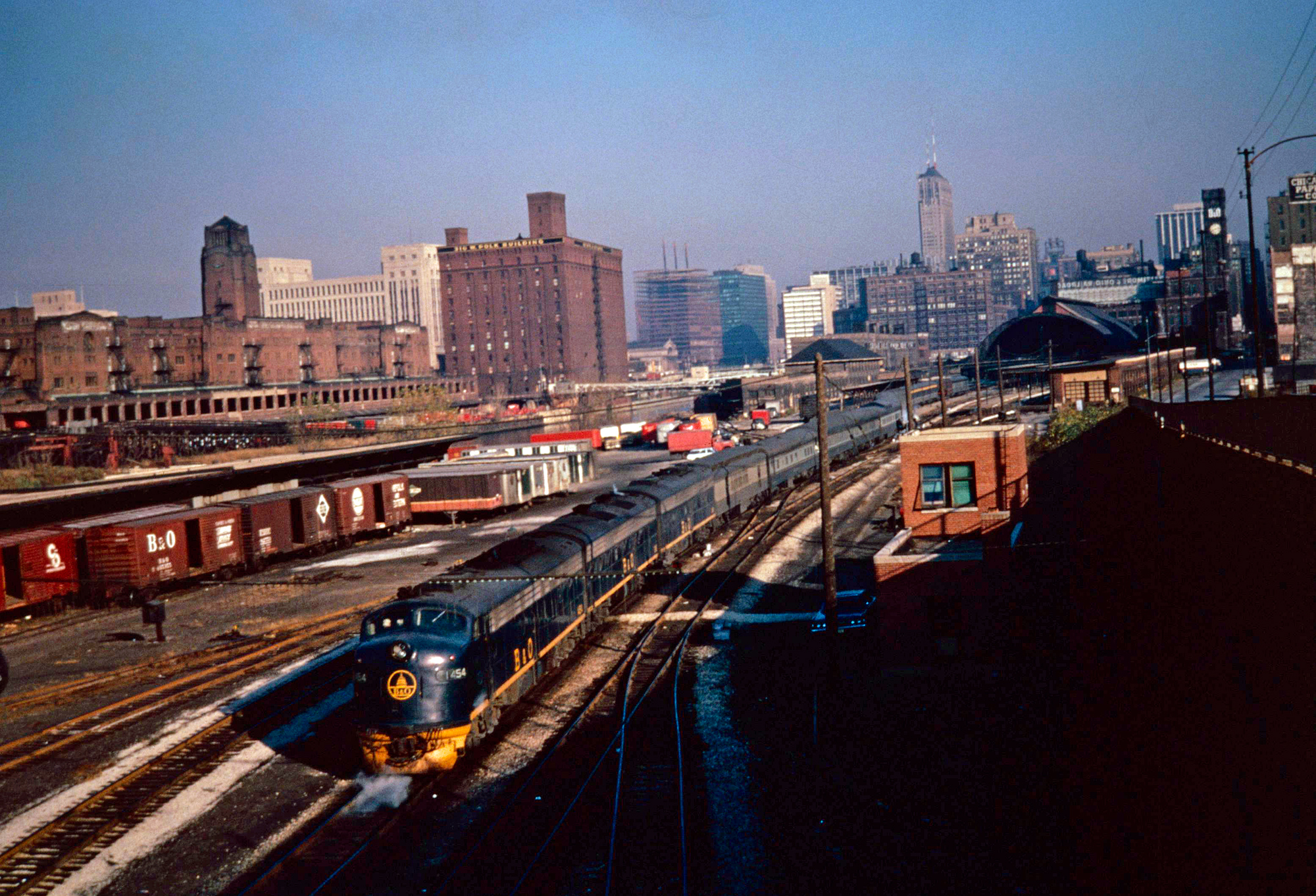 The Baltimore & Ohio enjoyed many firsts throughout its history, from the first common-carrier railroad chartered in 1827 to the first employing air-conditioning in 1930 when dining car Martha Washington was unveiled with the newfangled accommodation.

The B&O was also the first to implement electrification in main line applications when it opened its Baltimore Belt Railroad in 1895.

This 4-mile stretch of railroad operated through Howard Street Tunnel in Baltimore and closed the gap between the B&O's railroad’s New York-Washington (north-south) and Washington – Cumberland (east-west) main lines.

It was electrified to eliminate smoke through the downtown area.  This electrification lasted until 1952 when the B&O had accumulated enough diesels to discontinue electric operations.

In another move to eliminate steam locomotives in an urban setting and comply with a city's smoke abatement ordinance, the B&O put into service its first diesel in 1925.

That year it acquired a 60-ton, 300 horsepower boxcab produced by American Locomotive/General Electric/Ingersoll-Rand to carry out switching chores along its confined yard at 26th Street in New York City, situated on Manhattan's West Side.

It tested on Sand Patch and spent time pulling the Royal Blue between Washington and New York before being transferred to Abraham Lincoln on subsidiary Alton Railroad.

The railroad came back to Electro-Motive in 1937 for the streamlined variants of these boxcabs known as the EA model.  The cab units featured a beautiful sweeping carbody with a slanted nose.

They went to work on the flagship Capitol Limited that year and the B&O was quite pleased with the units.  From this point forward the railroad was a loyal EMD customer although did experiment with some models from other builders.

You could find Baldwins, FMs, and Alcos in yard work while the B&O even tried out a few of the latter's dual-service cab model, the FPA-2.

After the War Production Board eased restrictions on buying new diesels during World War II, the B&O picked up its efforts to fully dieselize its locomotive fleet in the late 1940s.

During the 1950s the Baltimore & Ohio purchased large batches of GP units, like the GP7, and even tried out Baldwin's unique AS616 road-switcher.

*  A joint GE/Alco/Ingersoll-Rand project.  The boxcab employed 300 horsepower and could produce 7,900 pounds of tractive effort at 10.0 mph.  Its top speed was 30 mph.  The trio broke down the work as follows: 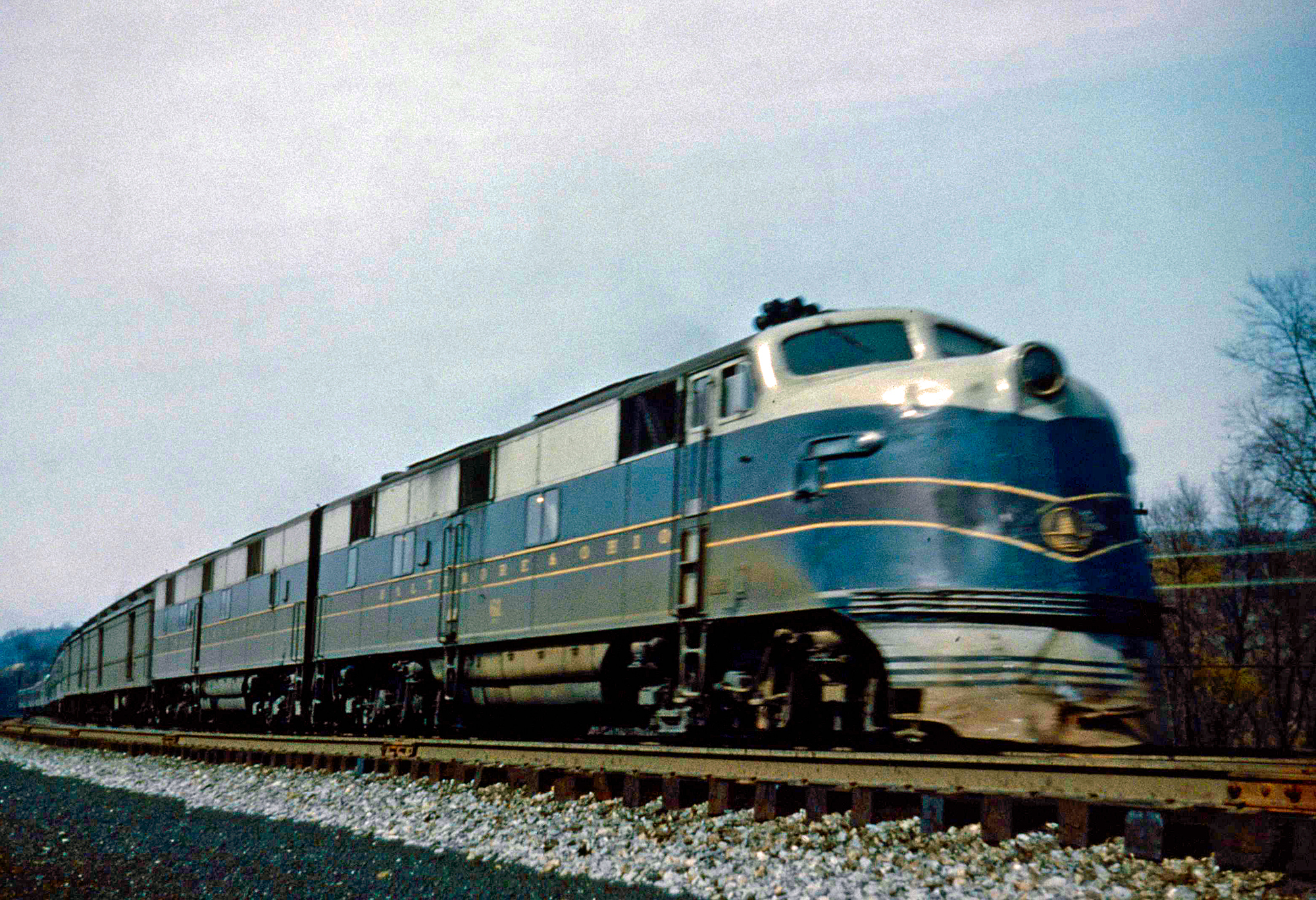 In 1958 the B&O had completed dieselization when its final steam locomotives entered retirement.  Interestingly, this was also a period when the railroad was struggling financially.

It acquired its first GP30's in 1962 but it wasn't until the C&O's takeover a year later and subsequent cash infusion this acquisition provided that the railroad acquired the new power needed to meet increasing traffic demands.

Its final new power included a fleet of twenty SD50's, rated at 3,600 horsepower, delivered in the Chessie System livery in 1984.  By this time CSX Corporation had already been created and the railroad formally disappeared into the new railroad in 1987.